The 10 Most Dangerous Animals in Canada 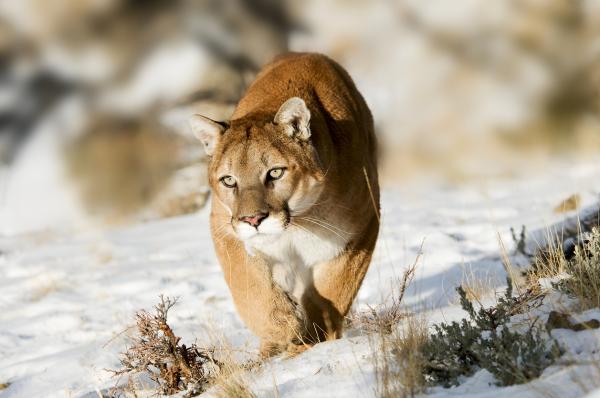 Despite its reputation for being a modern and peaceful country, Canada is home to some of the most dangerous animals in the world. The stunning landscape of the Great White North - the second largest country by total area - is brimming with wildlife.

Canadians can generally live in harmony with the native animals of their home country. Yet, violent encounters with wild animals are not so rare. Although most are afraid of humans and swim or run to avoid human contact, they can attack if they feel threatened.

In order to warn you of Canada's potential dangers, read this AnimalWised article, as we list the 10 most dangerous animals in Canada.

You may also be interested in: The 10 Most Dangerous Animals in California

Much like the Marvel superhero of the same name, wolverines are tenacious and ferocious. They are short, furry and stumpy but they should be feared. Their well-developed neck and shoulder muscles are so strong that they can chew through frozen animal meat. They are considered fearless and have even been known to chase bears away from their own kills!

Their jaws are so strong they can crush bone right down to the marrow. They can also run up to 24 km an hour and have very sharp teeth and claws. However, there are few documented cases of wolverine attacks on humans.

As with the case of most animals on this list, these animals will attack if they feel threatened or in danger. Avoid being in close proximity to these powerful creatures in whichever way you can.

Are there venemous snakes in Canada?

The Massasauga Rattler is Canada’s only poisonous snake. They can be found in Ontario as well as parts of the United States. They can be identified by their large black or brown spots on a tan or grey body. And, of course, their distinctive rattle. Although quite a docile snake, if threatened, it will bite.

They sense their prey through their heat-sensitive pits that can be found between their nostrils and eyes. Typically feeding on small mammals,The Massasauga Rattler injects their prey full of venom so that they can be easily eaten. However, the snake will also bite humans if it is surprised or feels threatened.

Generally their bites can be treated. However there have been two recorded cases of fatalities after being bitten by the rattlesnake. Therefore, they certainly belong on our list of the 10 most dangerous animals in Canada.

Are black bears dangerous to humans?

Despite the fact their relatives (the brown bear and the polar bear) get all the press, the black bear is still one of the 10 most dangerous animals in Canada. They can weigh over 600 pounds and eat anything they can get their hands on.

Black bears are responsible for around 10 deaths in Canada in the past decade. Thus, they should be feared and not overlooked. Though, if you do find yourself in such a situation, it is important to know how to escape from a bear attack.

The clue is in the name. The killer whale (or orca) is deadly dangerous, as in it can and will kill. Ranging from seven to nine metres in length, they can weigh as much as five tons and can kill prey much larger than humans. Because they have no natural predators they can live up to 80 years of age. They typically eat fish, sea turtles and even blue whales! Despite the fact the blue whale is the largest living creature on earth, killer whales can efficiently hunt in packs to take them down.

They are one of the most intelligent marine mammals in existence and track their prey using "echo-location," - clicking sounds that bounce off other fish in the water.

Despite their taste for seafood, they have been known to hunt deer and moose. This is because they are not scared of shallow water. Killer whales or orcas are found in all three of Canada's oceans, and have even entered Hudson Bay and the Gulf of St. Lawrence. They are commonly seen off the southern coast of British Columbia

Are there dangerous spiders in Canada?

There are not many dangerous spiders in Canada. However, in parts of Southern Canada, it might be possible to find the black widow spider. These spiders have a distinctive red mark on the abdomen of an otherwise black body. They can bite, but they will not always inject venom. Only the females have poison dangerous to humans, but death or serious complications are very rare. Still, we would recommend they be left to their own devices.

Few other spider species found in Canada pose a serious risk. However, some people bring in non-native species as pets or for study. Always be considerate.

Are elks in Canada dangerous?

Elks are easily spotted around Canada, which means locals don't often fear these creatures. We often associate them with elegance and peacefulness, but they are one of the largest mammals in North America. And, they can weigh much as half a ton!

Their size is intimidating if seen in the flesh. If you do happen to encounter an elk, do not approach them further. They regularly become aggressive and will charge. Males are particularly dangerous during the late-summer mating season and females in the spring calving season.

Are moose in Canada dangerous?

Often referred to as comical looking, the moose is considered a kind of national animal of Canada. Despite this, they have to be included on the list of the most dangerous animals in Canada.

Moose can be dangerous off-road too though. They weight around 600 kg and will charge at a human if they feel threatened or provoked.

Discover the differences between deer, elks, moose and reindeers in our AnimalWised article.

How dangerous are polar bears?

The exact number of polar bears isn't known. There are an estimated 20,000 to 25,000 polar bears worldwide, about 64 to 80 per cent of which are found in Canada. Despite their adorable appearance, when it comes to food, they are savages.

They often wait for seals to come up for air on ice. Once the polar bear spots their head, they will whip them out of the water and kill them with a single strike.

Of course, climate change is quickly wiping out the population of polar bears. So with this factor, added to the fact not many Canadians live up North, this means attacking humans is uncommon. However, when they occur, they are grim.

In 2003, a Nunavut man on a caribou hunt was attacked by a polar bear whilst he was inside his tent. The bear locked onto his neck and jumped up and down on his chest several times, breaking his ribs in the process. Although the man surprisingly survived the attack, he had to receive 300 stitches to reattach his scalp to his head!

The cougar's appearance in our list of Canada's most dangerous animals comes as no surprise. It is the second largest wild cat found in the Americas and one of Canada’s most dangerous predators. This large cat, also referred to as a puma, can kill an animal up to four times its size. They can can sprint at 56 km an hour, jump 5.5. meters vertically, jump 9 meters horizontally, and see a span of 130 degrees.

Their claws are retractable and emerge only when in hunt mode. Despite their incredible land speed, cougars rarely chase their prey. Instead, they like to stalk and shock them. They gruesomely suffocate their prey by biting their throats and smashing their windpipes.

The cougar will eat just about anything too. Der, elk, birds, beavers and even coyotes. Nearly 40% of all cougar attacks on humans in North America occur in British Columbia. Children and crouching adults are particularly vulnerable to Cougar attacks, because of their small size.

If you were wondering what is the most dangerous animal in Canada, we have your answer. The terrifying Canadian brown bear, commonly referred to as the grizzly bear, is the second largest land mammal in North America. The average length of a grizzly is 1.8 m from nose to tail, and they weigh from 350 to 1500 pounds. Unlike the black bear, the grizzly has a large shoulder hump, very long front claws, a concave face, and rounded ears.

Although they are huge animals, they can run up to 55 km per hour and have no other predators...other than human hunters. They are known to be the most aggressive of the bear family, but do grizzly bears attack humans?

They do not commonly prey on humans but they will attack when they have been startled by them. Most of the time it is mother bears defending their cubs who are responsible for 70% of bear related human fatalities.

Other dangerous animals of Canada

Although the following animals are ferocious looking creatures, they generally avoid human contact. With that said, you should never play with fire, and approaching one of these animals for a photo is a stupid move. The animal may feel they are being provoked, and subsequently, attack viciously.

Unlike the cougar, the lynx is a picky eater. They mainly eat hares and rabbits, and can consume one in a single sitting. Despite their intimidating appearance including an impressive jaw, they tend to avoid humans. Of course, unless they are provoked.

The Greenland shark is the biggest fish in the Arctic and eats pretty much anything. There have been reports of them feasting on caribou and reindeer standing close to cracks in ice and even polar bears have fallen victim to them!

According to National Geographic this intelligent sea creature can open jars and solve mazes. They are essentially chameleons of the sea and can change texture and color - helping them hide from their prey before pouncing. They mainly eat small fish and clams but have been known to hunt birds and sharks. It is very unlikely that you would be harmed by the giant octopus, but they are ferocious creatures.

Generally shy and not bold like their wolf cousins, coyotes will never prey on a person. Humans are not recognized as a food source to them.With this said, the tragic death of 19 year old Canadian singer Taylor Mitchell in 2009 led to the reassessment of the danger of coyotes. Two coyotes mauled her to death as she was walking in Cape Breton Highlands Park. Her death is the only known fatal coyote attack on a human in Canada.

If you want to read similar articles to The 10 Most Dangerous Animals in Canada, we recommend you visit our Facts about the animal kingdom category.

Administrador AnimalWised
04/05/2020
We're glad to hear it Kat!
Rating:
Wot
21/09/2018
Wolves are usually afraid of people but are surely more vicious than a lynx I mean I have seen multiple cases of them hunting down and killing people in places like Siberia

Thank you for your comment. As the article states, we are discussing animals in Canada, not in Siberia, but it is true that wolves can also be dangerous. As far as defining the term ‘dangerous’, there are many different parameters and metrics you could use. We don't want to get into an ‘Animal Face-Off’ style debate. There are arguments on both sides (weight vs. agility, etc.) and it is true that lynxes don't tend to run away from human scent, but we wouldn't want to meet either alone on a rocky pass. We are happy if people want to debate in the comments, so keep your suggestions coming in!
Dan Johnson
15/09/2018
False. They are not found in Canada at all, let alone easily. ///
Fiddleback spiders (also known as Brown Recluse spiders) are incredibly venomous and easily found in Canada.

Thank you for pointing this out and we are sorry for the mistake, we will amend the article accordingly.
Dave
09/03/2018
There are rattle snakes in S.E Alberta.

There are indeed! Check out the second section for some more info
The 10 Most Dangerous Animals in Canada 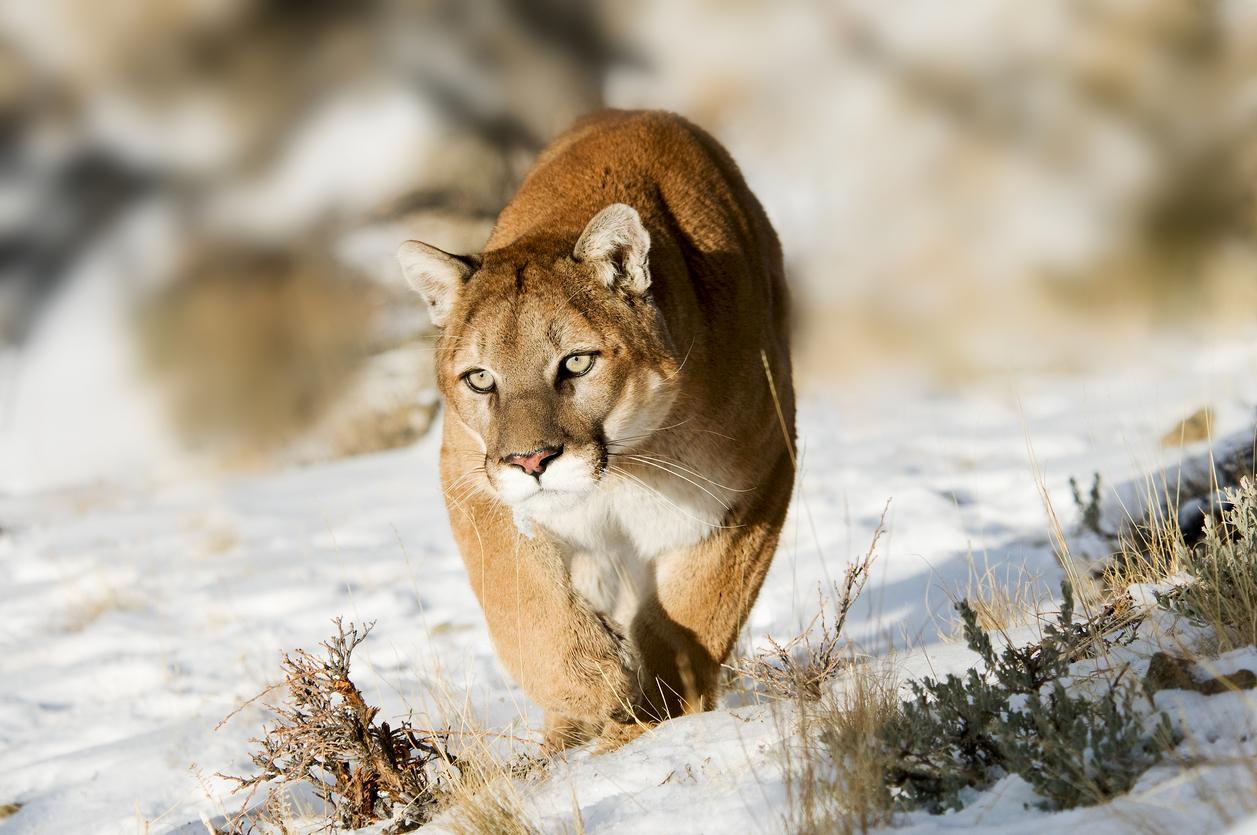 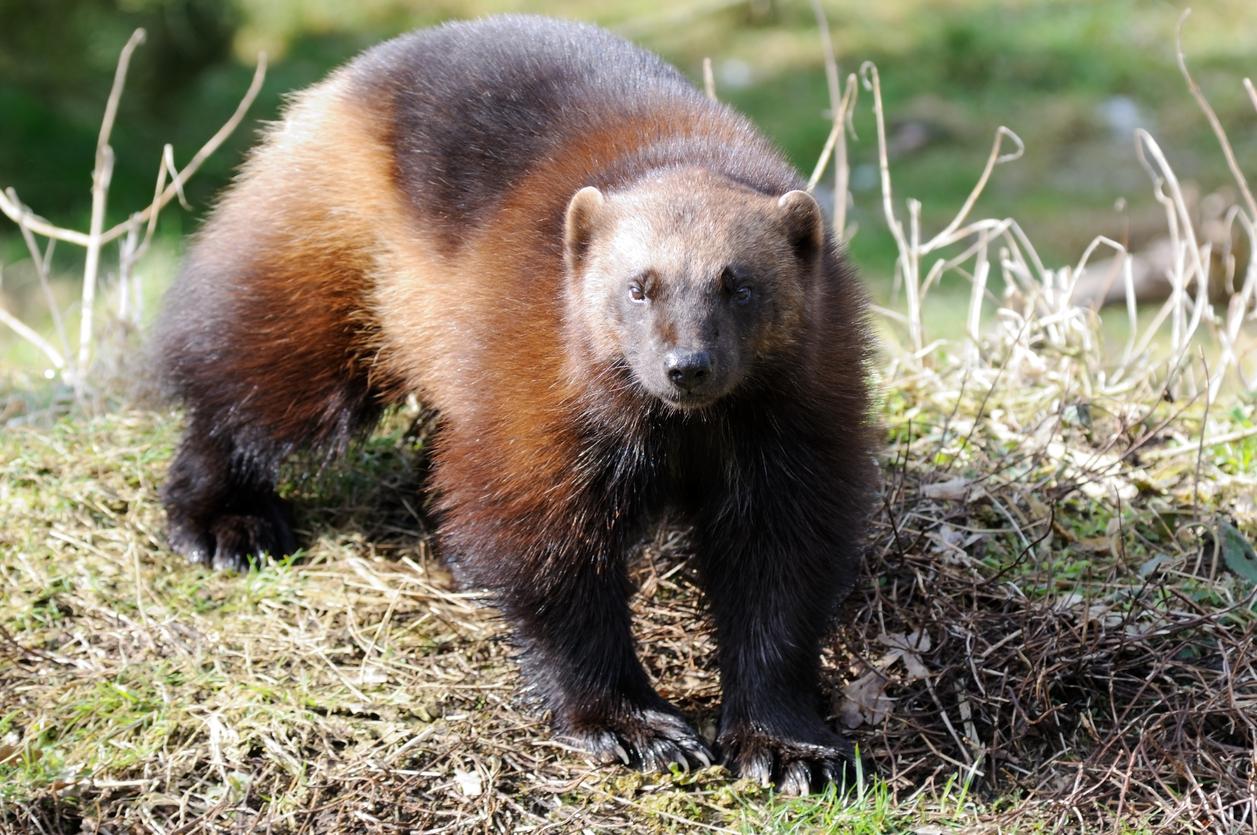 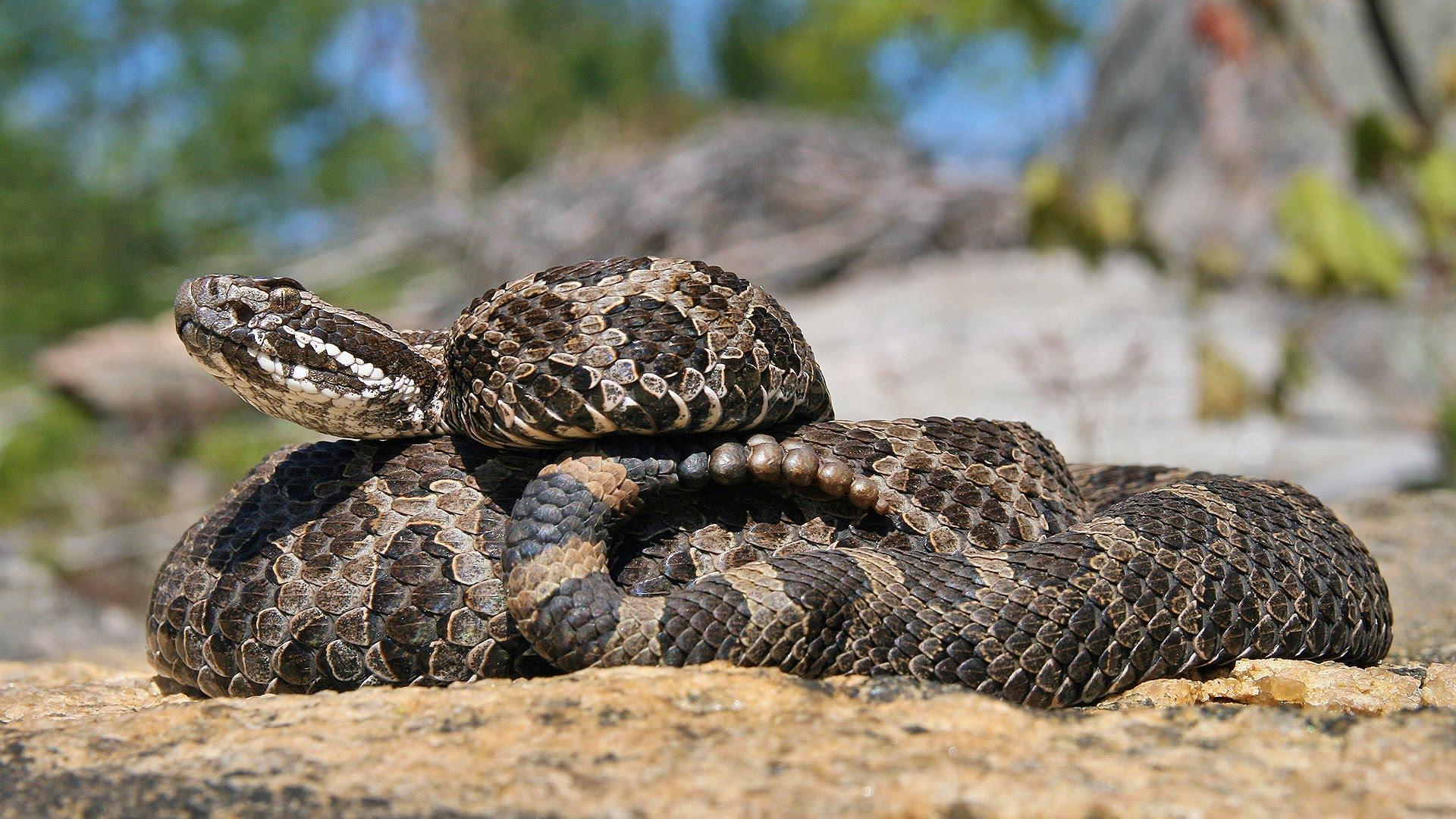 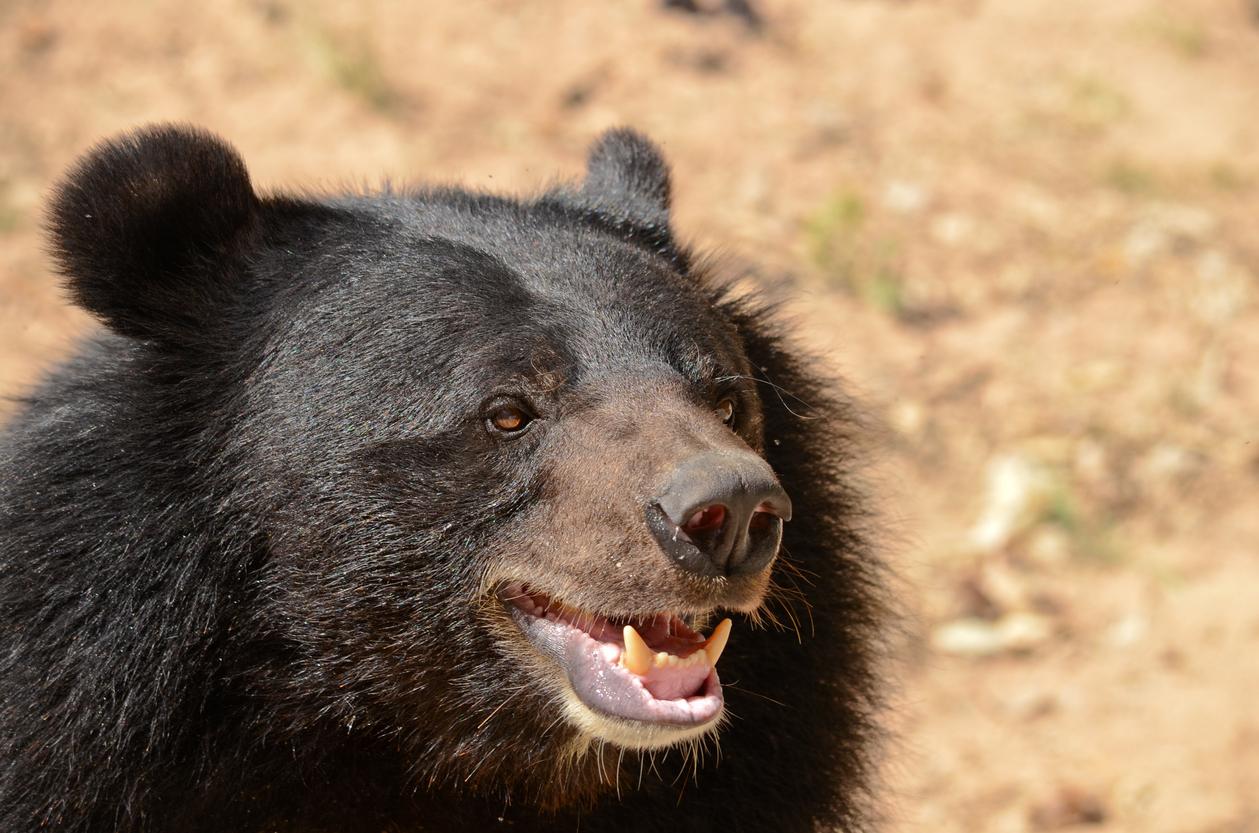 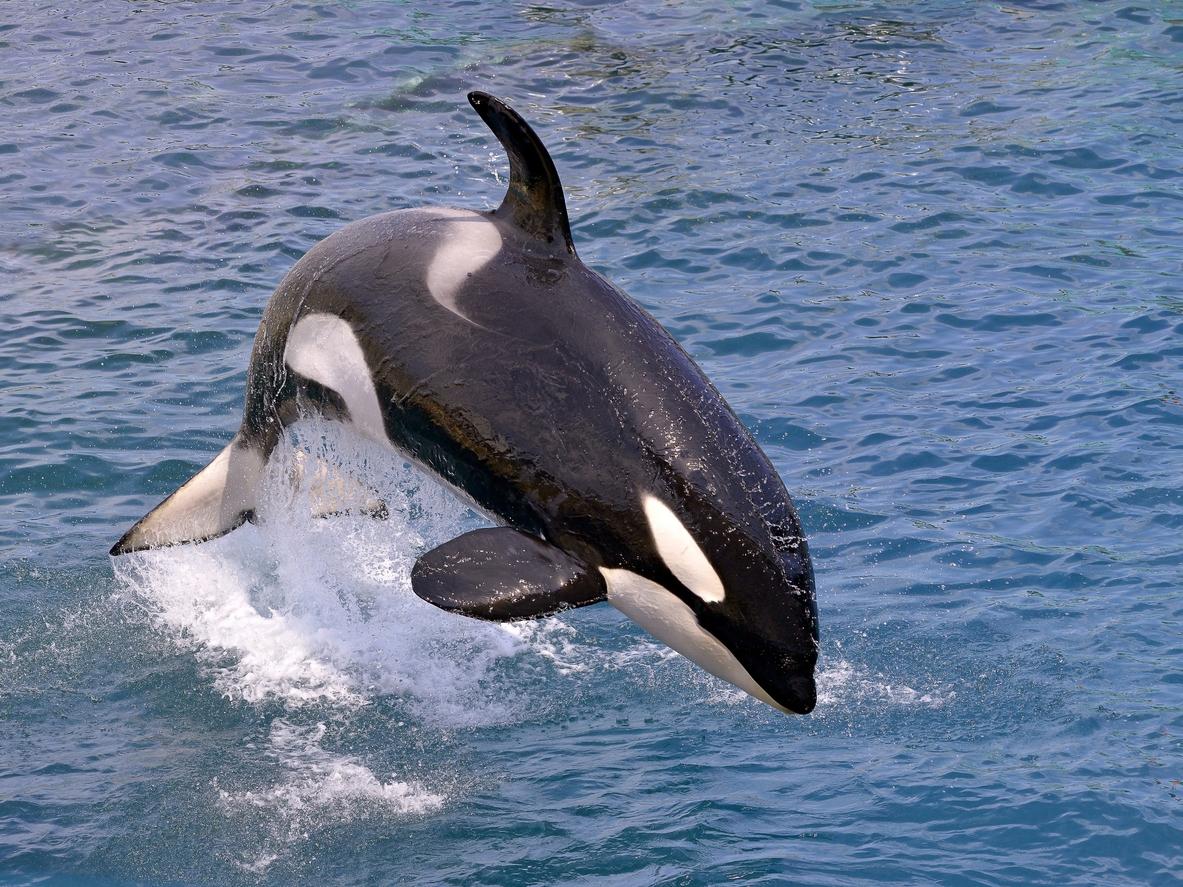 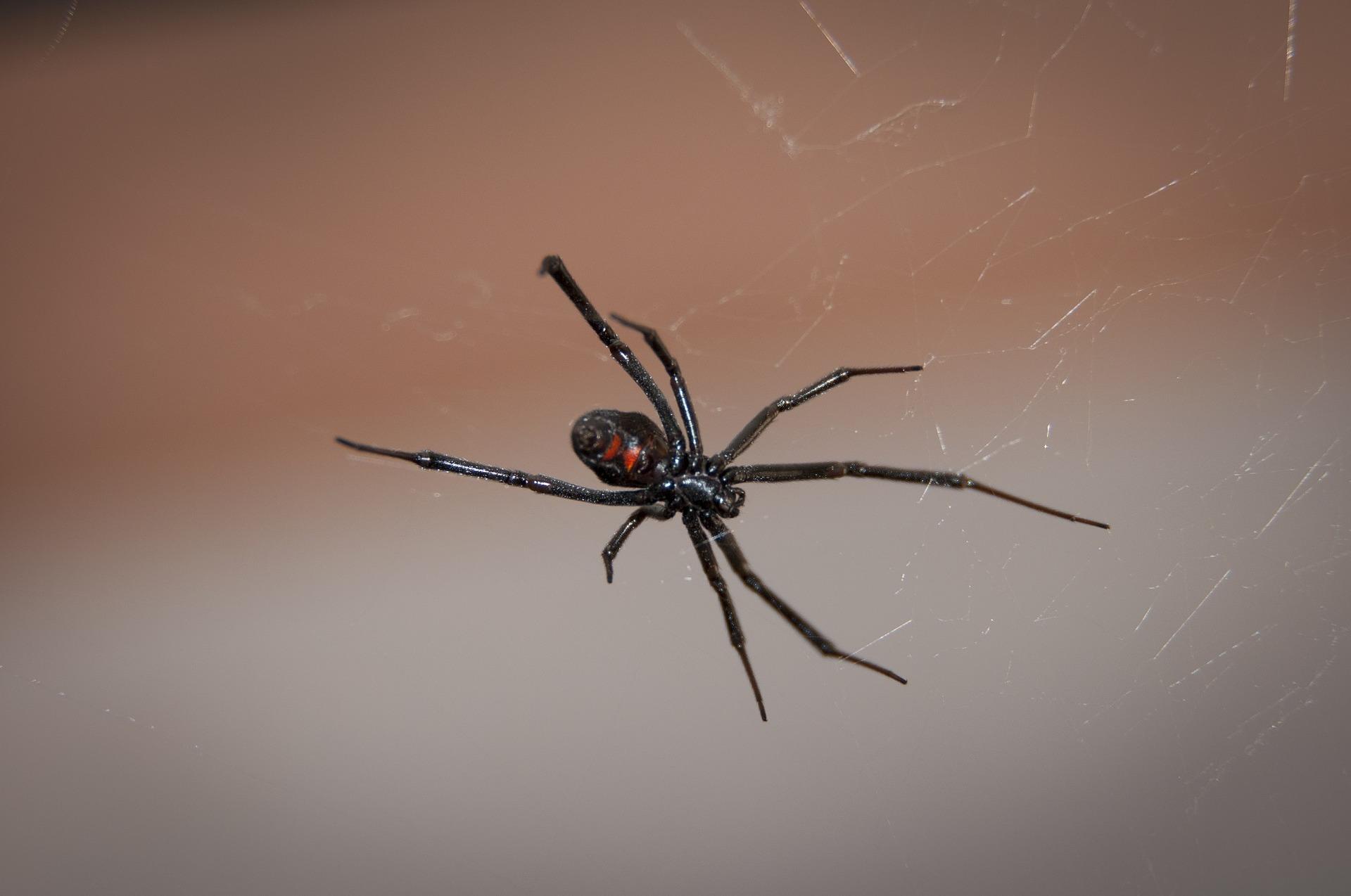 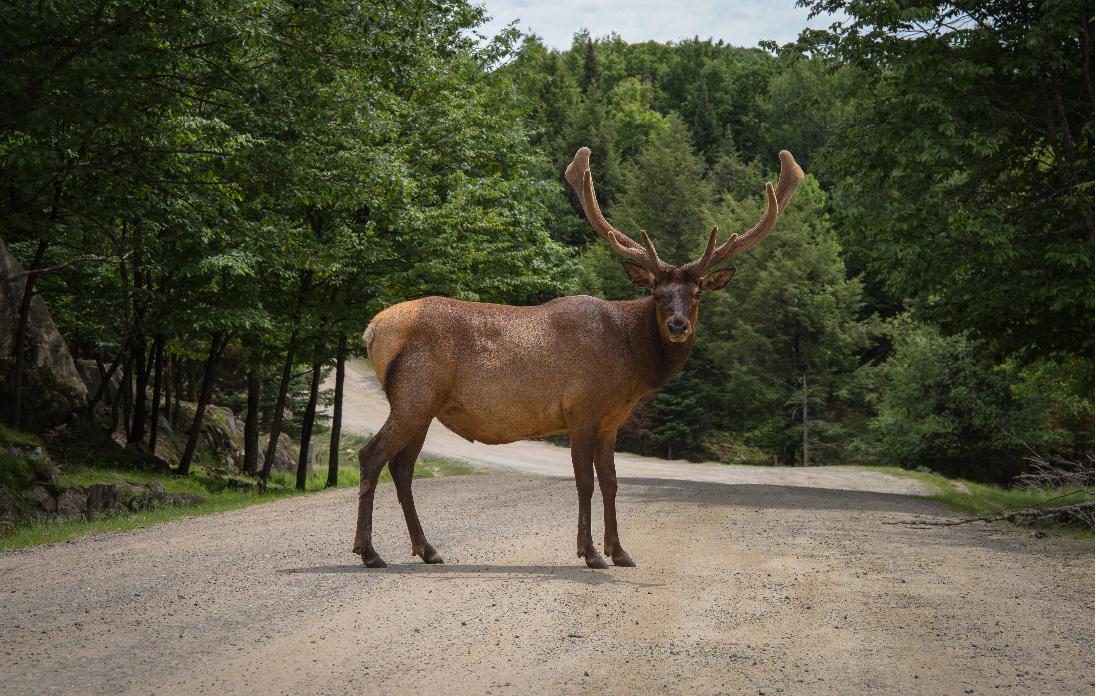 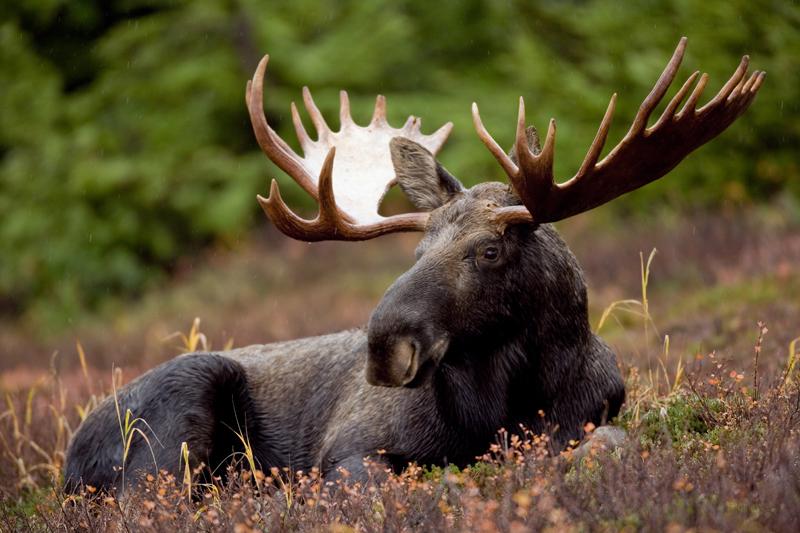 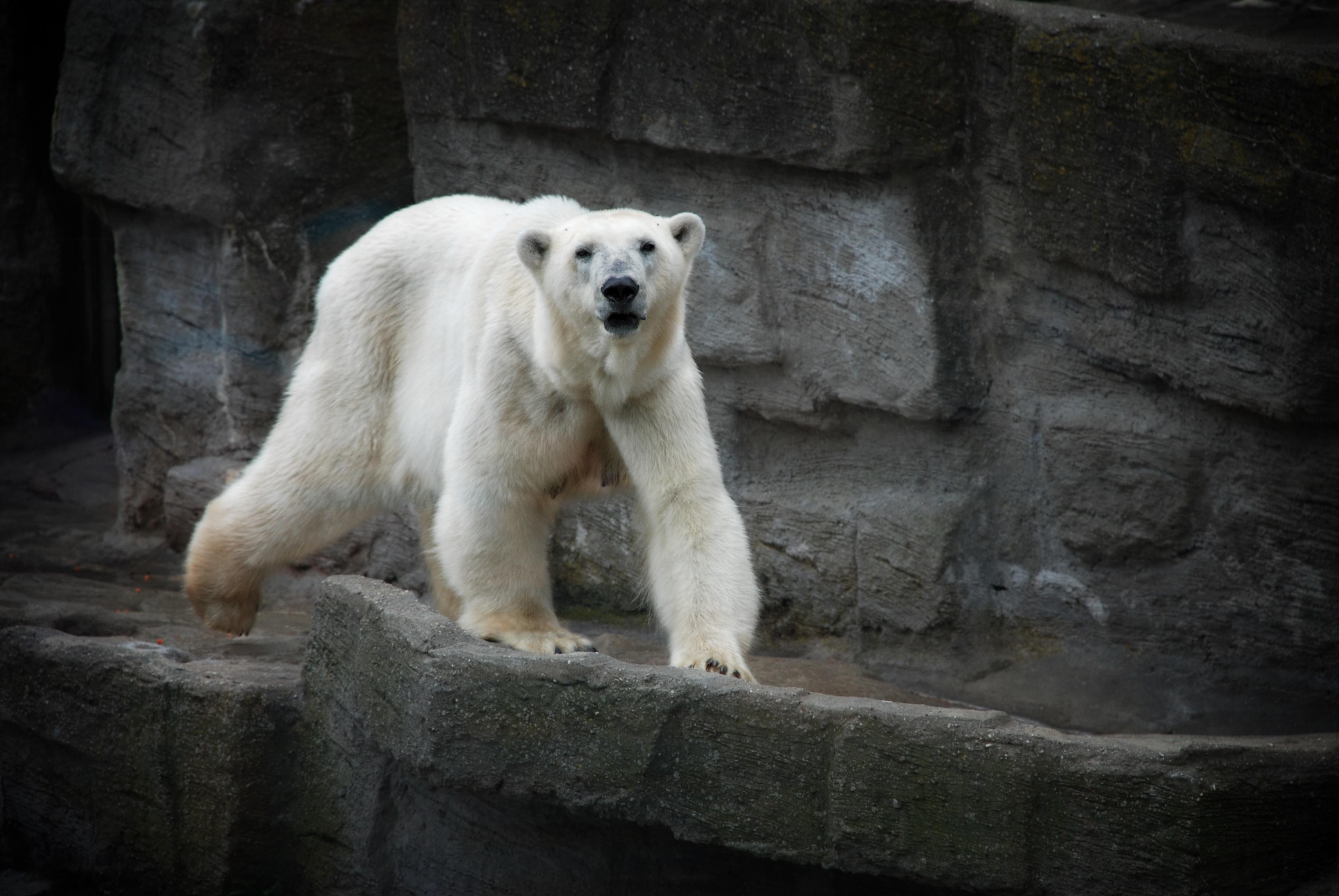 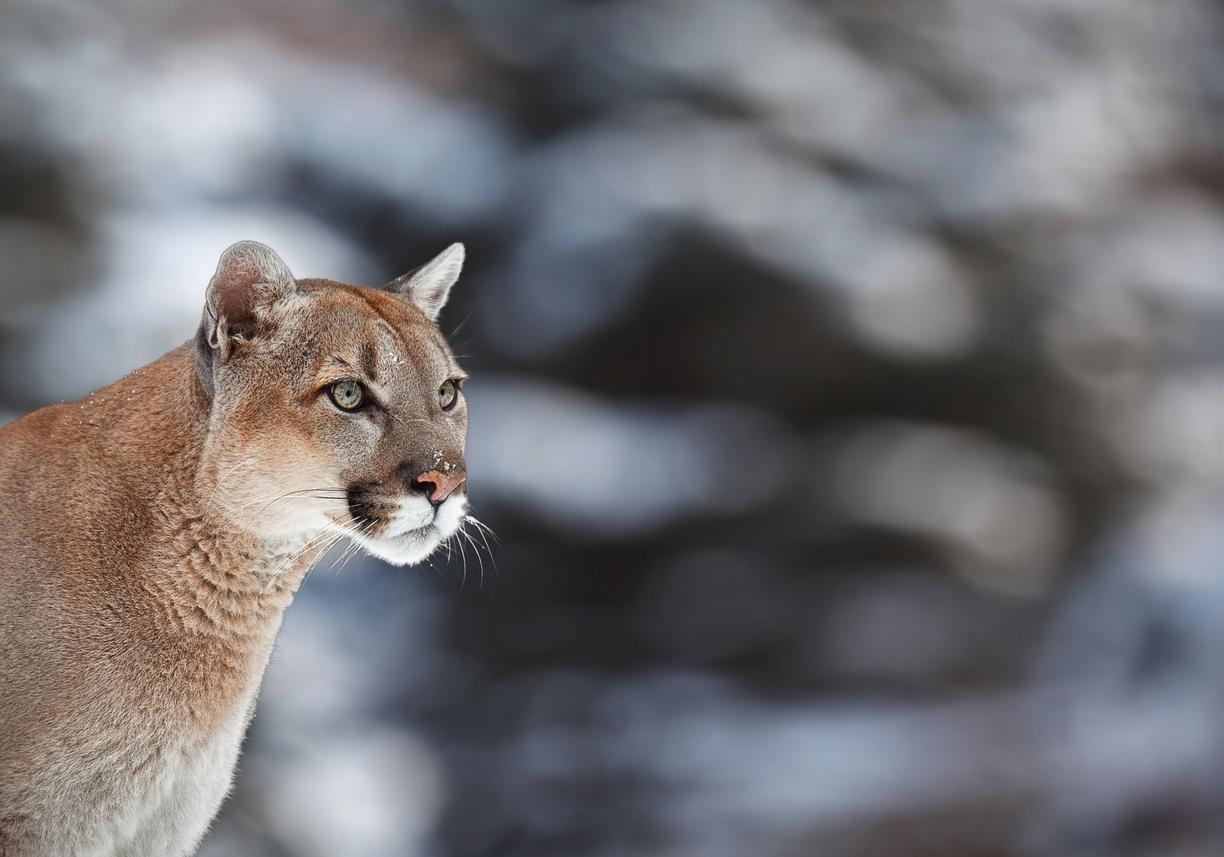 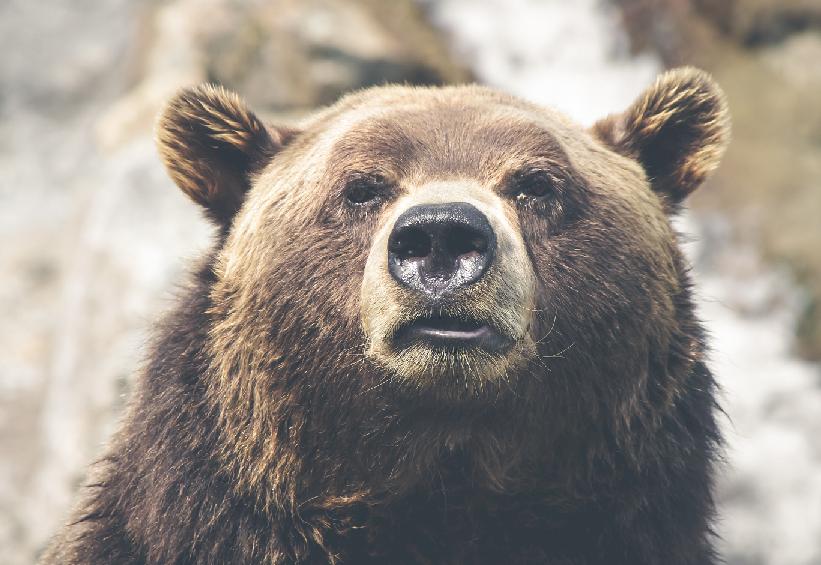 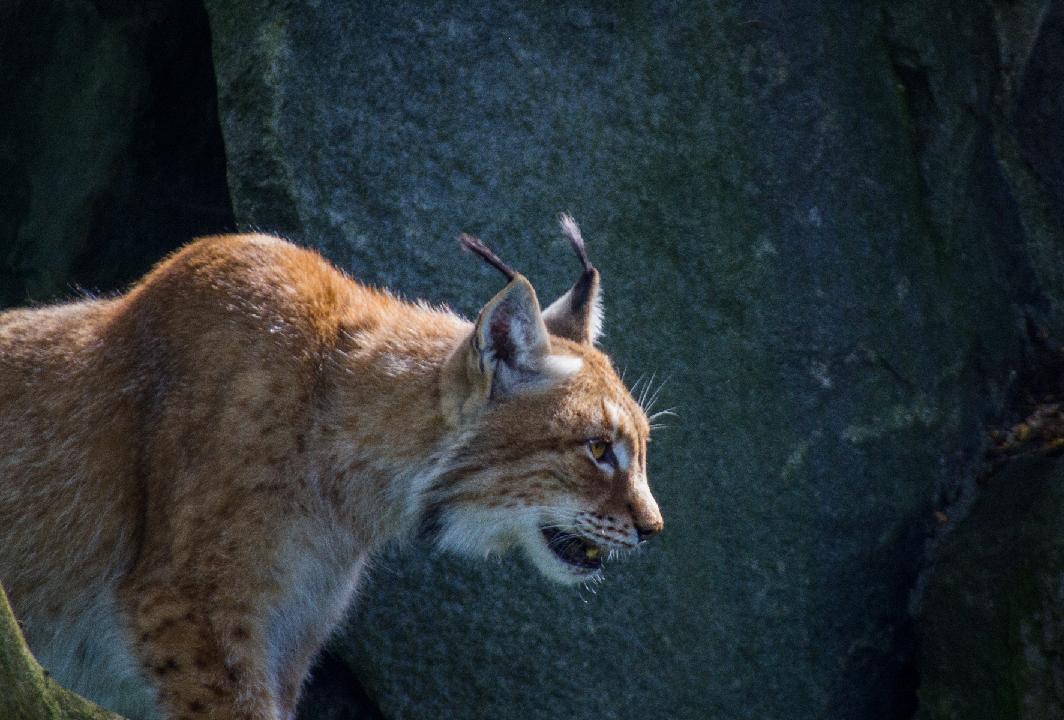