Aposematism in Animals - Definition with Examples

Some animals have an intense coloration which can easily attract attention. Often these colorations can present in various patterns and shapes, with some animals looking as if they were painted by a Cubist artist. We can see these beautiful works of nature in frogs, butterflies, birds, insects and more. These colorations can serve various important purposes, but we may fear they make them easier prey for predators. In actuality, what may seem like a disadvantage may be the key to their survival.

Find out how animals use their coloration and patterns to their advantage with our AnimalWised article on aposematism in animals. We provide a definition of animal aposematism, as well as examples and photos of how it can present in nature.

You may also be interested in: Diapause in Animals - Definition With Examples
Contents

Aposematism is a mechanism by which an animal prevents an attack by its predators by signaling them to stay away. This signal is an alternative to fighting for self-defense, fleeing or camouflage. Aposematism can take different forms. The signals which prevent attack are often visual, in the form of brilliant colors with or without intricate patterns. However, they can also be in the form of odors, sounds or other characteristics.

When a predator comes across an animal with aposematism, they are warned not to attack or ingest them. This is an innate recognition as the predator will know their coloration, scent or other type of aposematism signals they can cause them harm. This is usually in the form of toxicity, meaning they can be envenomated by the potential prey or ingestion of their organism is in itself toxic. This latter trait is considered non-palatability.

In terms of coloration, the colors of aposematic animals tend to be the opposite of camouflage. Camouflagic animals tend to blend into their surroundings with muted green or brown colors to mimic vegetation and soil, respectively. Their patterns may include stripes which help to mimic the appearance of vegetation in their habitat. Aposematic animals have bright colors such as red, yellow or blue which help them to contrast to their environment.

Similarly, the patterns of animals with aposematism include bands, patches and spots which make them look distinctive. Sometimes this coloration can be iridescent, making them even more marked in dim light. You can read more about this function in our article on blue animals in nature.

Evolution of aposematism in animals

Animal aposematism is the result of the evolution the species which possess it and their potential predators. Broadly speaking, prey that have intense coloration patterns are easily recognizable as toxic and dangerous. Despite being relatively poorly understood, it is believed the coloration and toxicity of these animals evolved in concert[1]. Since these animals are better able to protect themselves, they have more offspring and on the genes which facilitate aposematism down the evolutionary chain.

Similarly, predators which would otherwise prey on these aposematic animals have learned not to attack them. Since their ancestors over time learned that ingestion or touching aposematic animals would be either lethal or, at the very least, distasteful, they recognize them intuitively. In this way, animals with aposematism and predators evolve together to their mutual benefit.

Learn more about toxicity in animals with our list of the most venomous animals in the world.

Aposematism and mimicry in animals

Not all animals which appear to have aposematism are actually toxic or dangerous to their predators. When two or more species independently acquire the same aposematic colors, they are said to have gone through a process of mimicry. This mimicry can be of two main types:

There are other types of mimicry. Even the predator can use mimicry to their advantage. In aggressive mimicry, a predator mimics something harmless as an advantage for attack.

The insects of the Coccinellidae family, also known as ladybirds, are known for their vibrant patterns. They have vivid yellow or red colorings which usually have black spots. These colorations are indications to predators, such as birds or small mammals, that they are distasteful. Although they can release a toxin when threatened, their aposematism is more related to their unpleasant taste if eaten.

To find out what ladybirds prey on, as opposed to what tries to eat them, take a look at our article on what do ladybugs eat.

Aposematism in monarch and viceroy butterflies

The monarch butterfly (Danaus plexippus) features a beautiful orange, black, and white coloration. This insect feeds on plants of the Asclepias genus that have a toxic component. However, instead of being affected, the monarch butterfly accumulates these toxins in its body as a defense mechanism against its predators.

The viceroy butterfly (Limenitis archippus) is also toxic and has coloration almost identical to that of the monarch butterfly. Thanks to these colorations, predators only have to recognize a color pattern and avoid them to their own benefit.

Many types of wasps (different taxa of the order Hymenoptera) have concentric yellow and black rings running over their abdomen. Their predators interpret this coloration as a danger, so they do not dare to eat them. In most cases, they are right to do so, since wasps have a very powerful stinger. One particularly magnificent example is the European hornet (Vespa crabro).

As with different types of butterfly, there are many insects which use Batesian mimicry to look like wasps, even though they are harmless[2]. A common example are the insects of the family Syrphidae, also known as hoverflies.

The purple spot mantis shrimp (Gonodactylus smithii) lives on Australia's coral reef. It is a crustacean with a striking appearance and very bright colors. It is a toxic animal and also very dangerous to potential predators.

This animal is a type of smasher mantis shrimp. This is because it can use its claws to strike with an extreme velocity. In fact, the purple spot mantis shrimp doesn't always have to hit to prey directly. When they strike, they can create a wave in the water which does enough damage for them.

Salamanders (amphibians of the order Urodela) have skin toxins and other toxic elements that they can spray from a distance. Many of warn their predators thanks to animal aposematism. A good example of this are the yellow and black colors of the fire salamander (Salamandra salamandra).

Another example is the spectacled salamander (Salamandrina terdigitata), whose ventral part of its body is dyed red, black and white. Red is concentrated on the back, tail and limbs. When disturbed, they raise their heads and legs while curling their tails towards their heads. In this way, they show the red color and keep predators away.

Generally, we may not associate aposematism with mammals. However, we can see an example of mammals with aposematism in the family Mephitidae. This family is comprised of black and white mammals which are either skunks or stink badgers.

One of the most widespread skunks is Mephitis mephitis, known as the striped skunk. It is their bright white stripe on an otherwise black body which warns the predators to stay away.

If you want to read similar articles to Aposematism in Animals - Definition with Examples, we recommend you visit our Facts about the animal kingdom category.

Aposematism in Animals - Definition with Examples 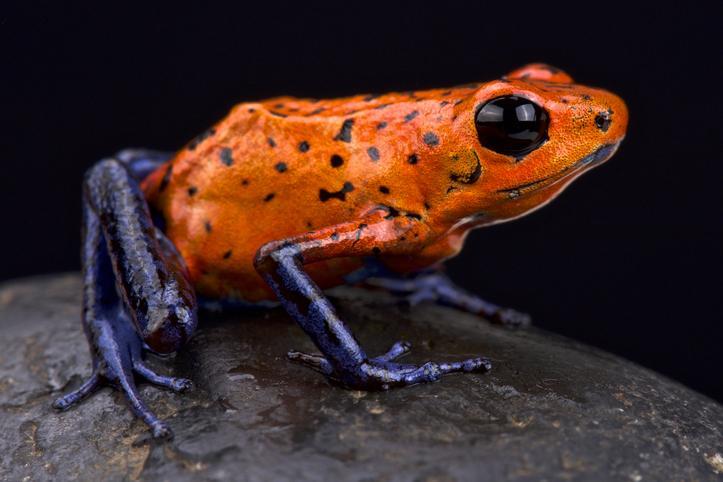 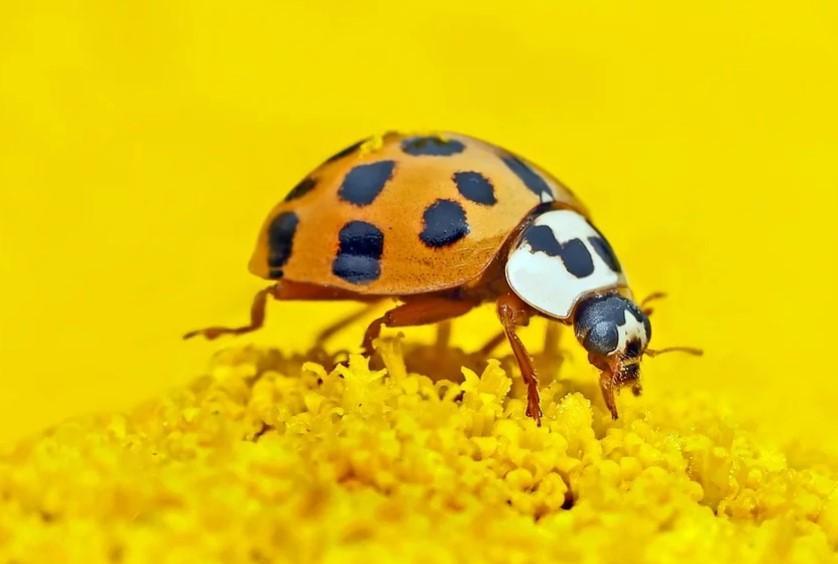 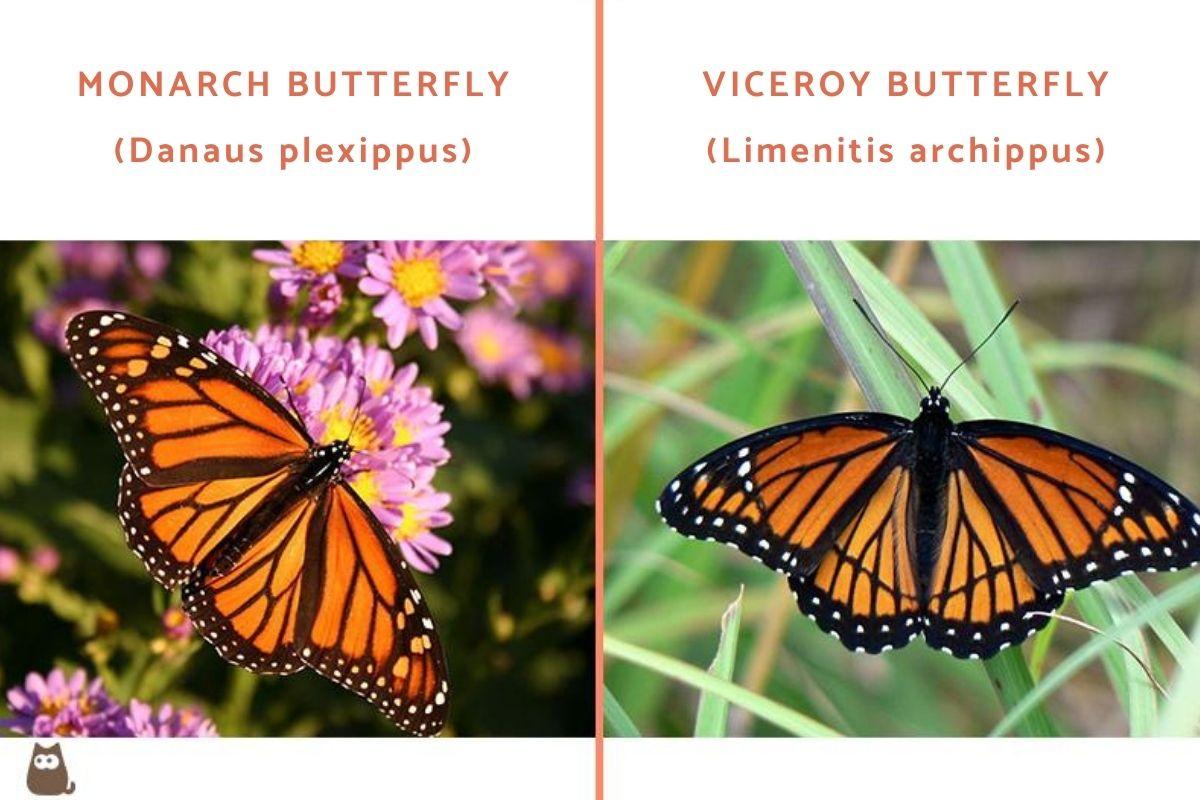 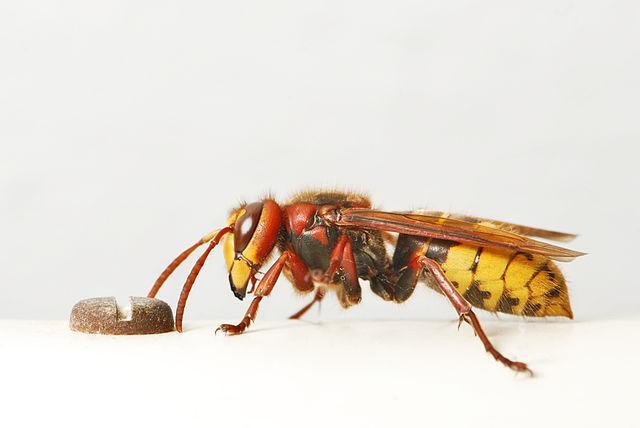 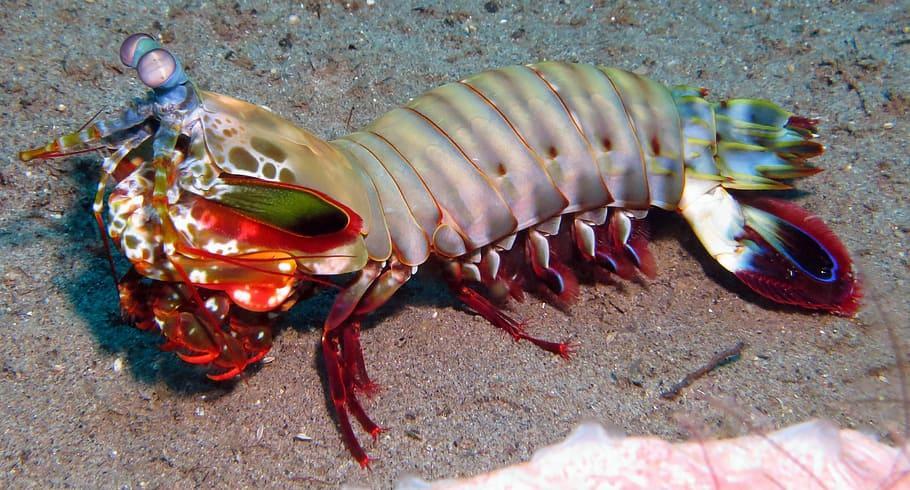 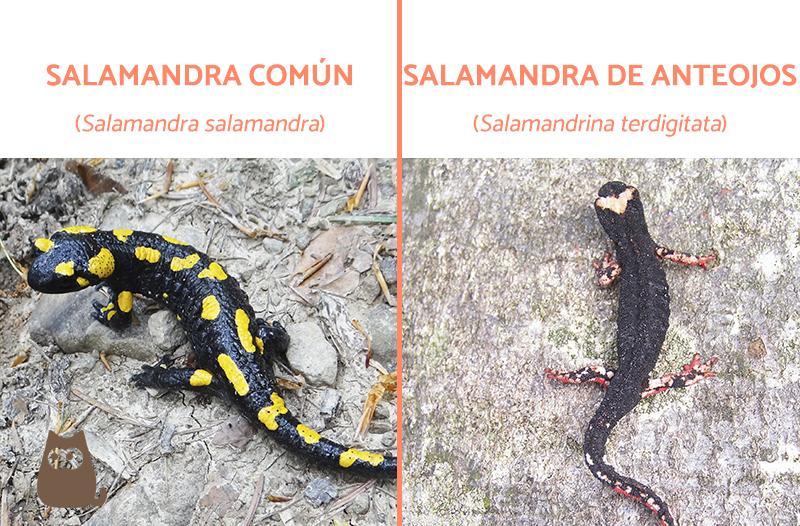 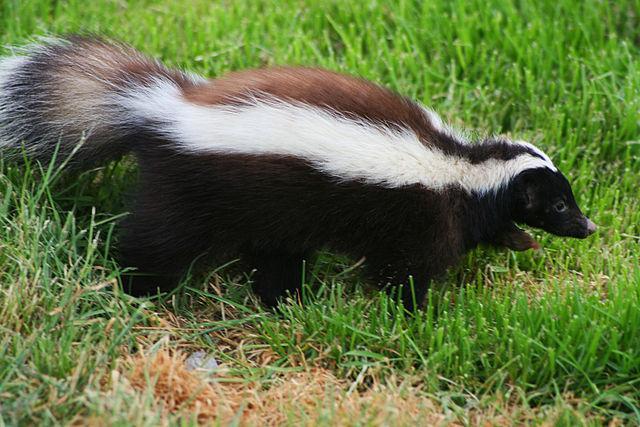