By Nick A. Romero, Biologist and environmental educator. April 13, 2021

All animals are beautiful, but few elicit as much fascination as the salamander. They are known for their alien-like appearance. Their face can have an almost humanoid expression, with expressive eyes and a mouth which can be seen to form a smile. Skin types and colors can range in color and pattern, but so too can morphology. The axolotl is a good example of this, with their branch-like appendages emanating from their heads.

In this AnimalWised article, we find out all we need to know about the different types of salamander. We look at the different colors and species of the animal, some of which are in serious danger of extinction. By knowing more about salamanders, we can be in a better position to protect them.

You may also be interested in: Types of Animals with Gills
Contents

This axolotl is one of the most recognizable salamanders in the world, partly because of its appearance. They have a particularly humanoid appearance which makes photos of them a delight for Google image searches across the world. Unlike some salamanders, axolotls are neotenic, meaning they don't grow through metamorphosis when developing form an adolescent to adult. The result is that adult axolotls look similar to a large tadpole.

Axolotls are endemic to Mexico and is, unfortunately, in critical danger of extinction. The reason for this is due to a range of factors, including contamination of their environment, the introduction of invasive species into their habitat and hunting by humans. Although they can be eaten, they are usually captured for medicinal use.

Another peculiar aspect of the axolotl is the range of colors in which they can present. Melanoid axolotls are salamanders with an excess of melanin pigment, giving them an almost black appearance. most wild axolotls have pedestrian green or brown colorations which allows them to camouflage in their environment.

In captivity, different crossings of axolotls has resulted in more diversity of color. Leucistic axolotls are on the other end of the spectrum with a translucent appearance, sometimes pinkish, white or yellow in hue. These colors are not ideal for the wild, but have led them to be popular with those looking to keep them as pets.

If you want to know more, check out our article on what do axolotls east?

This type of salamander does not usually exceed 12 cm in length. The back and sides of the body are purplish black, while their belly is purple. They also have light-colored stripes that go from head to tail.

Also known as the mountain stream siredon, their habitat is also in Mexico, except they live in high altitudes above sea level. Specifically, in small rivers located in pine or oak forests, although they are also found in grassland waters. Adult forms can be aquatic or terrestrial. The species is also in danger of extinction.

Also endemic to Mexico, this species of salamander lives in high habitats at about 2,000 meters above sea level. Mostly, they live in in scrublands and has been declared critically endangered .

Their size does not usually exceed 9 cm, so it is small compared to other salamander species. Metamorphosis occurs in this species, so the young and adults look different. The dorsal area is dark or black, while the ventral is gray and has cream-colored spots that vary in size.

To know more about their development, take a look at our article on animals that do through metamorphosis.

Named after the herpetologist James Anderson, adult specimens have robust bodies which measure between 10 and 14 cm, although larger specimens can be found. As with the axolotl, this species does not metamorphose. Their coloration is dark orange with black spots and the spots can present all over the body.

So far it has only been located in the Zacapu lagoon in Mexico, as well as in streams and canals surrounding this body of water. They tend to prefer to be in the vegetation of the stream bed. Unfortunately, this type of salamander is also critically endangered.

There are no exhaustive studies on the extinction risks of this species, so for the IUCN (International Union for Conservation of Nature) it is in the category of ‘insufficient data’. It is not so large in size, on average about 14 cm.

The color of their back is bluish-brown gray, with the presence of a middorsal dark line that runs from head to tail. It also has a whitish gray coloration in the caudal and lateral area, while the ventral sides are brown. It inhabits about 2,500 meters above sea level, in bodies of water located in meadows and mixed forests. It is a type of mole salamander and is considered rare.

The Lake Patzcuaro salamander is a neotenic species and is only found in Lake Pátzcuaro in Mexico and is considered critically endangered. Both males and females measure between 15 and 28 cm approximately, making them one of the larger types of salamander on our list.

Their coloration is uniform and generally a toasted brown. However, some reports also indicate the presence of individuals with this tonality, but mixed with violet and other lighter tones in the lower areas.

To know more about endangered animals, take a look at our article on different animal species in danger of extinction in Mexico.

This type of salamander once had a greater range of distribution, but due to pollution and habitat transformation, it is now heavily restricted. It is also categorized as critically endangered. They are sometimes referred to as the ajolote.

This species undergoes metamorphosis and when they are adults they remain in bodies of water for survival. Their average size is about 20 cm and it has a greenish coloration on the lateral and dorsal areas with brown spots, while the ventral part is cream-colored.

This species has the peculiarity that some individuals are neotenic, while others go through metamorphosis. The latter are mainly those found in their natural environment. They measure about 16 cm or longer, and their colors range from gray to black if they do are neotenic. Those which do through metamorphosis have legs and areas around the mouth which are lighter in color.

They live in what remains of Lake Lerma and the rivers associated with it. Due to the significant impact on the habitat, they are critically endangered.

Another of the mole salamander group is the Michoacan Stream Salamander. It is black in color, with light gray lips and underside. In addition, the lateral area and tail have certain spots darker than the rest of the body. They measure about 7 cm or more and females are usually more robust and larger than the males. They undergo metamorphosis, but adults remain in water.

It is considered critically endangered and their main habitat is rivers in mountainous areas associated with volcanic areas, specifically in biomes such as pine and oak forests.

In their natural environment, they are a neotenic species, but captive individuals in laboratories have developed metamorphosis. They measure about 17 cm or less in length and the coloration can be from pale yellow to more intense tones, with the presence of dark or light spots in some cases all over the body.

They live in the brackish waters of the Alchichica lagoon and the associated basin. They generally stay at the bottom, although at night they can go ashore. They are also classified as critically endangered.

Other types of salamander

The aforementioned salamander species, as we have mentioned, are endemic to Mexico. However, there are others of the genus Ambystoma that also inhabit the United States. All species in this family are known as mole salamanders and we provide some more of these salamander types below:

Axolotls are species under great pressure, so most are critically endangered. The urgent implementation of more effective measures is necessary to allow the salamanders to recover from the aforementioned impacts and thus achieve stabilization of their populations.

If you want to read similar articles to Different Types of Salamander, we recommend you visit our Facts about the animal kingdom category. 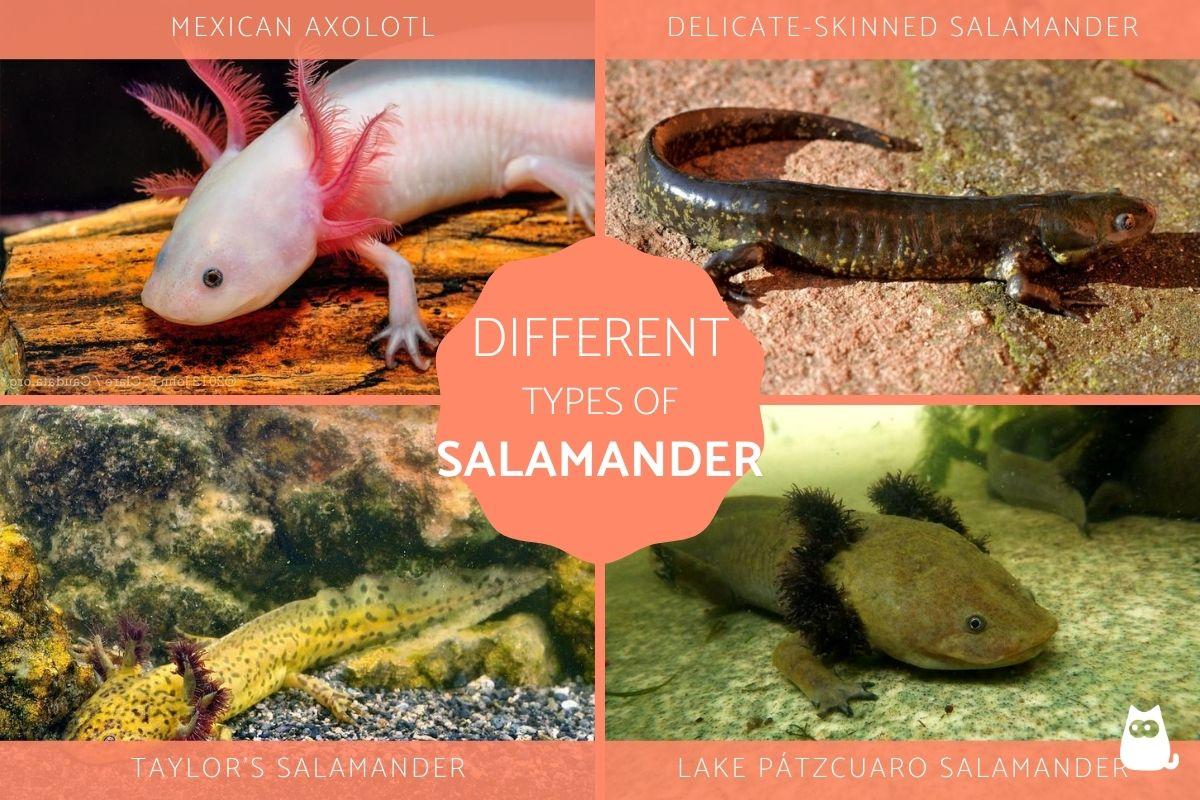 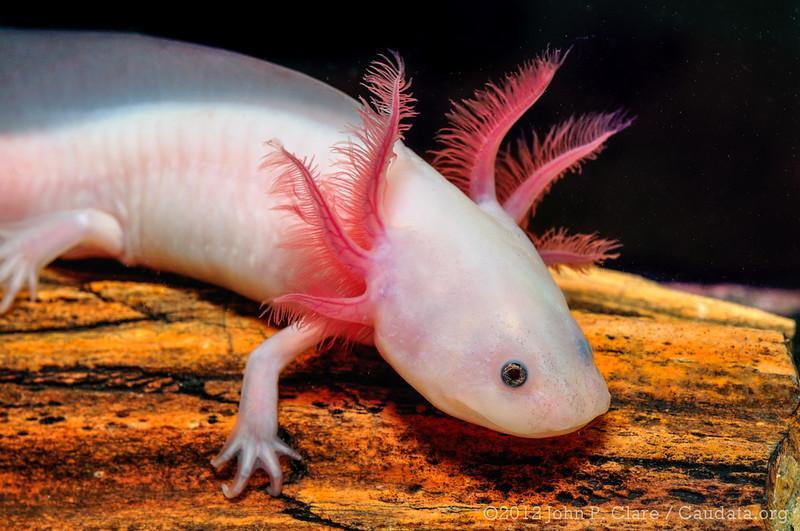 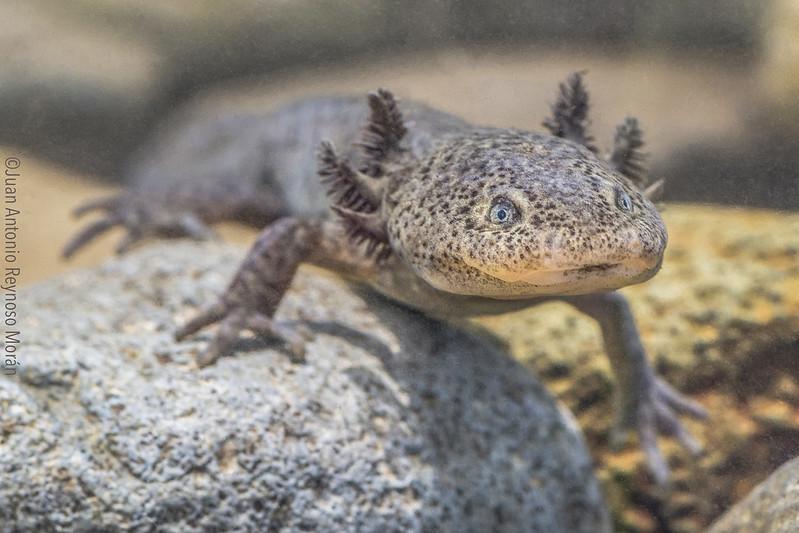 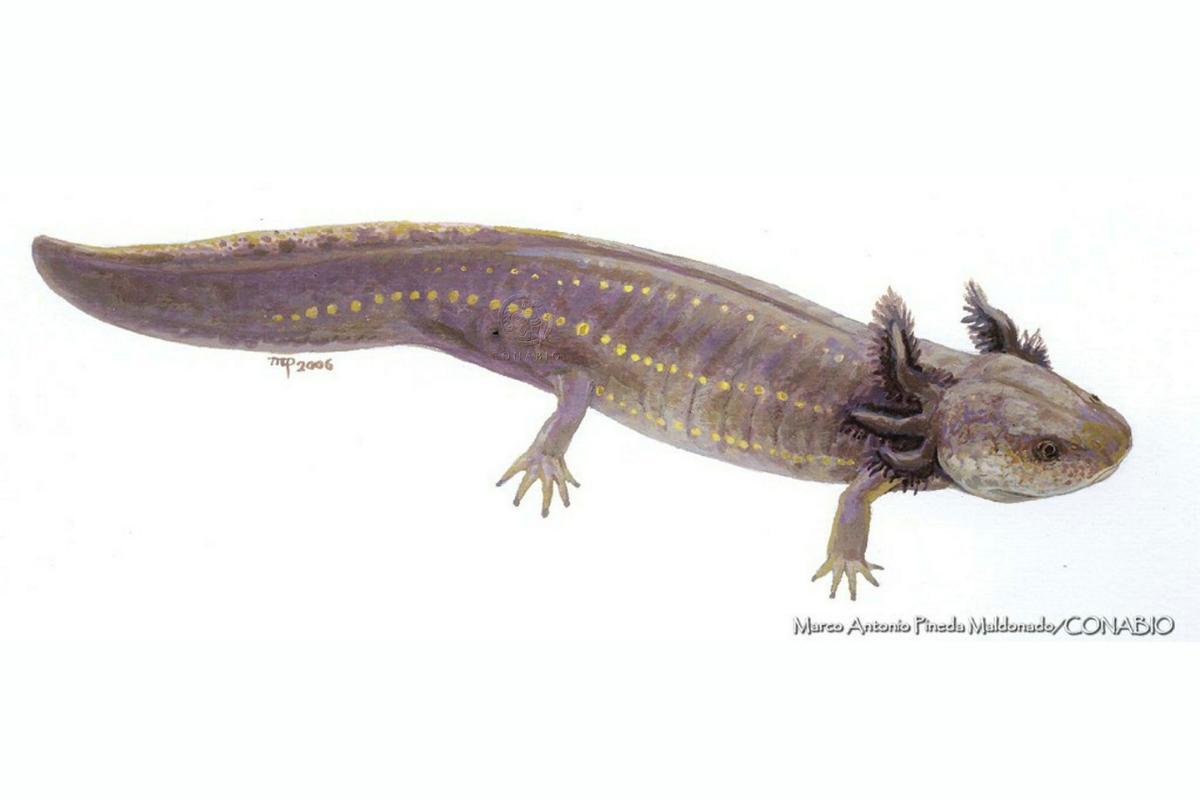 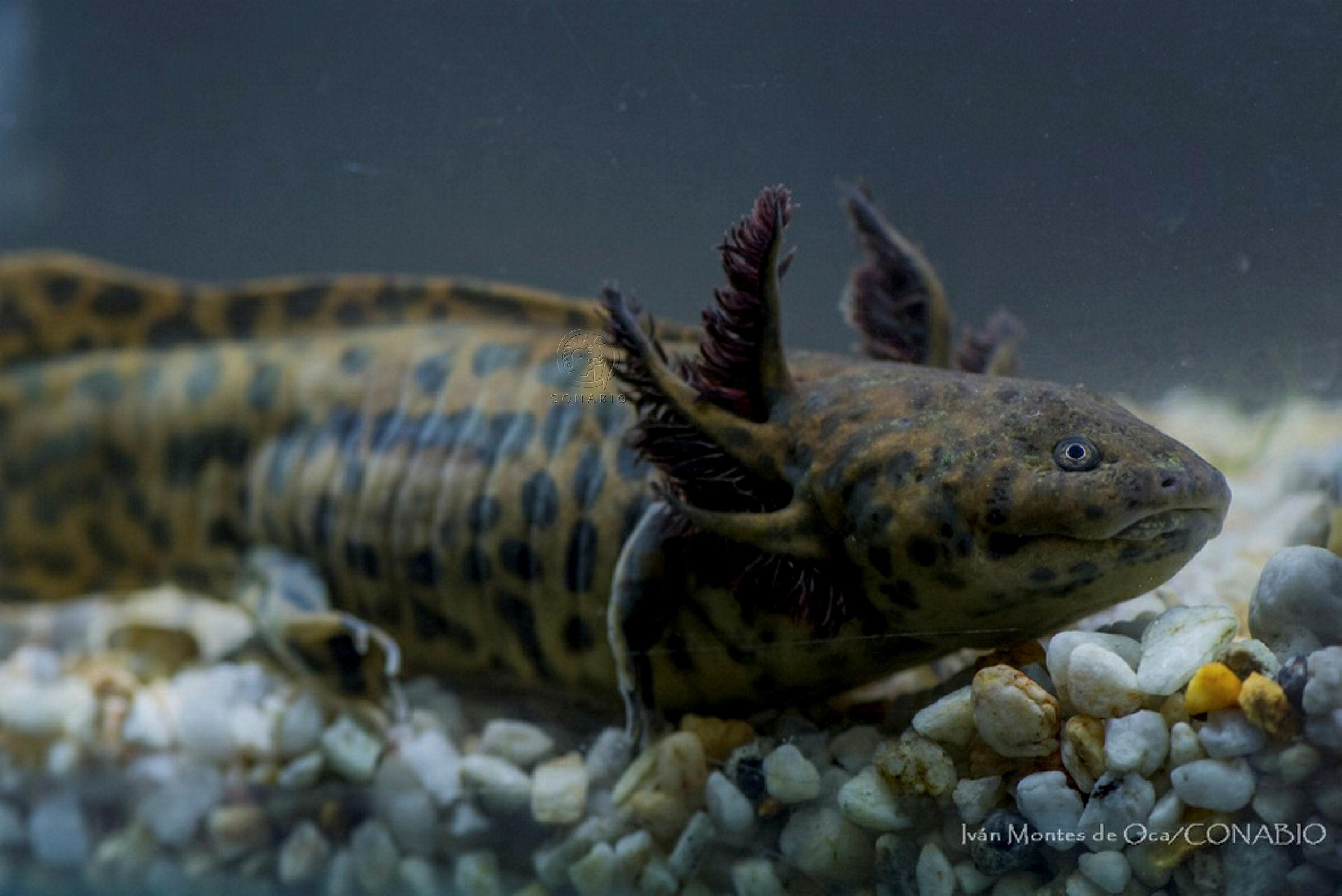 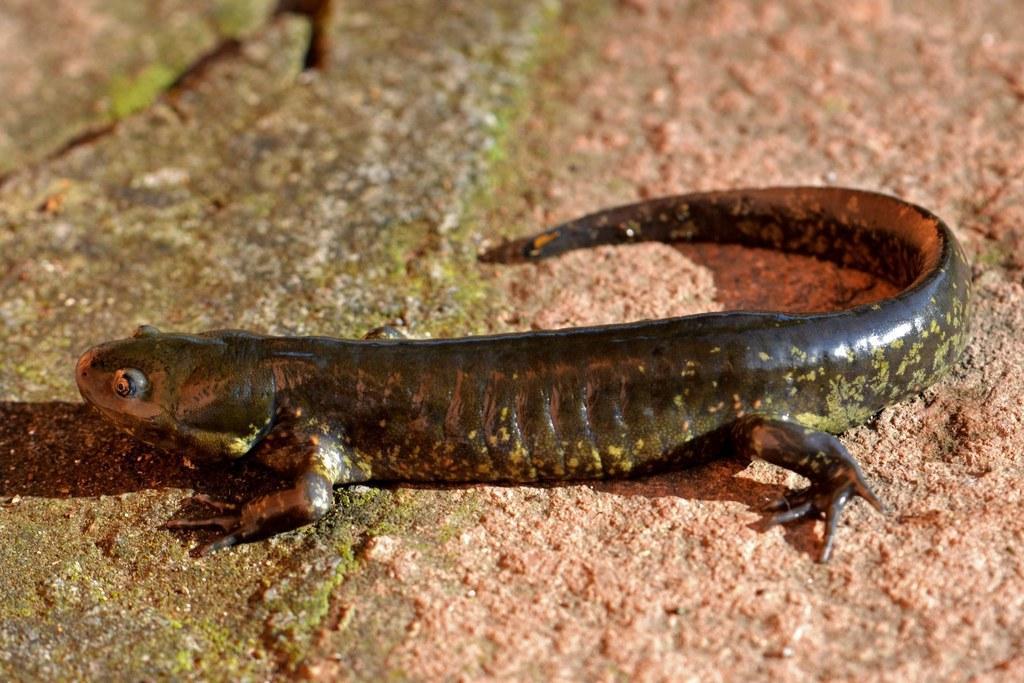 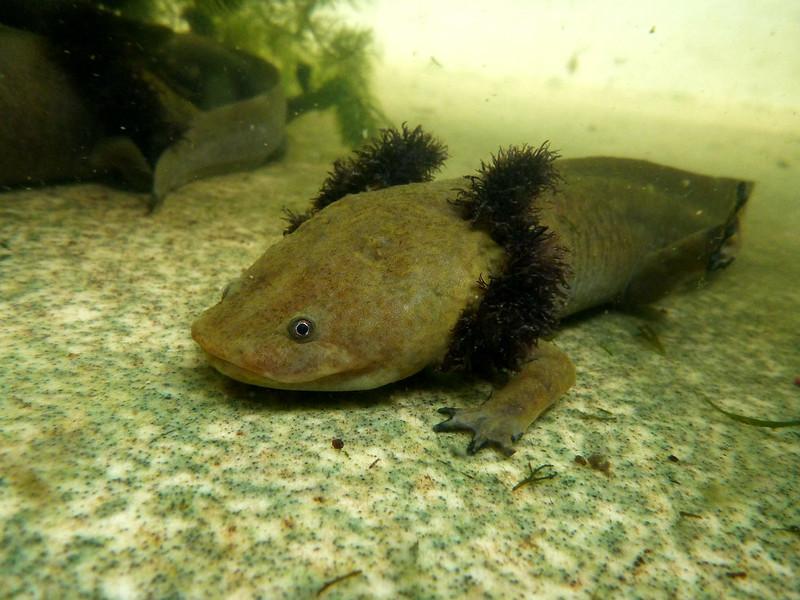 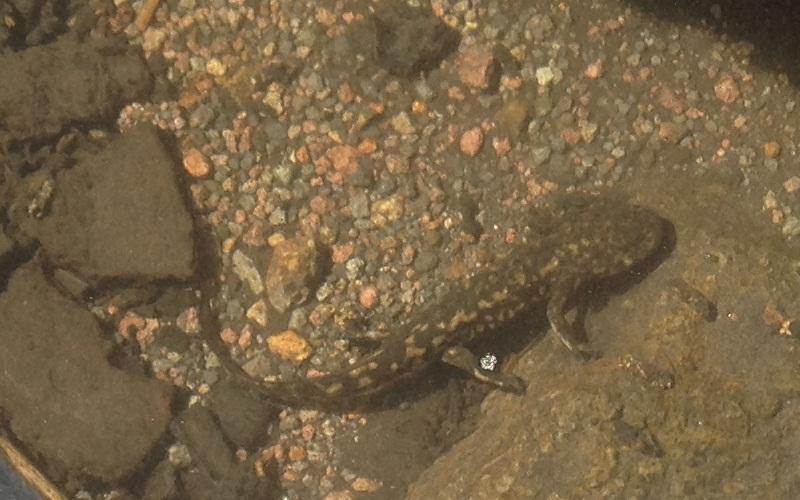 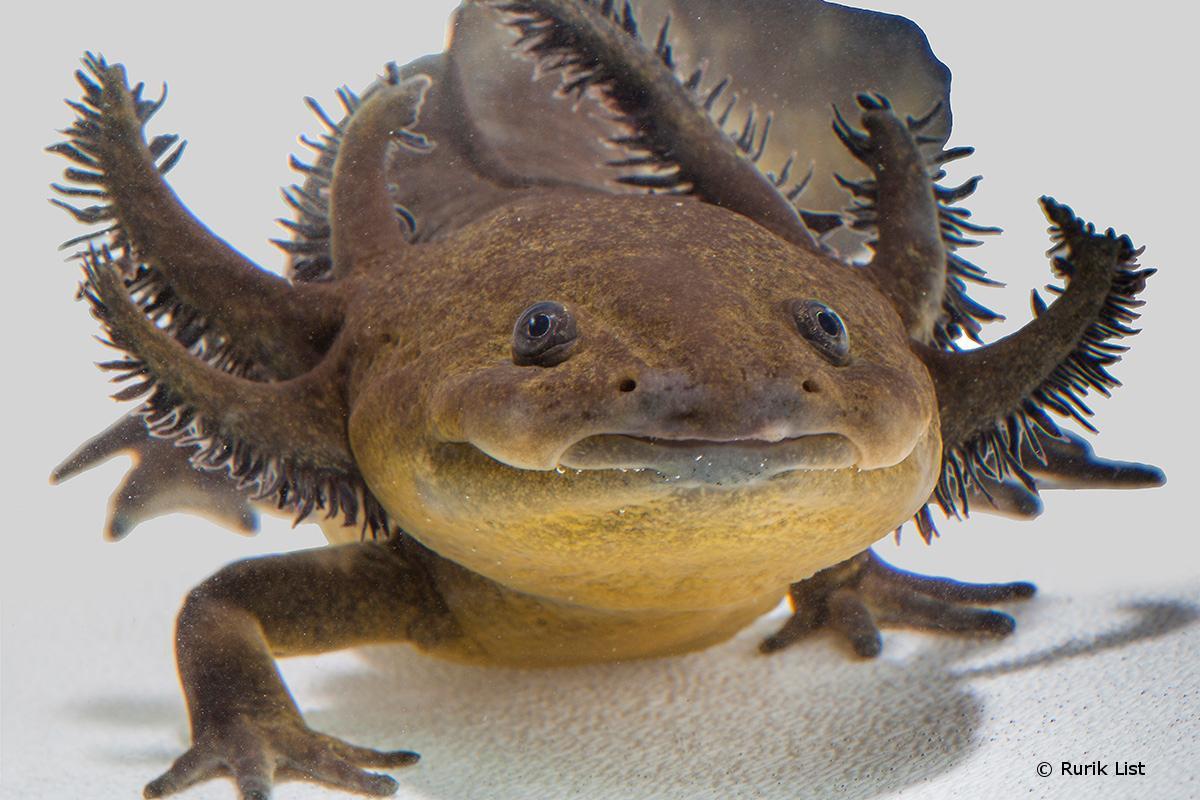 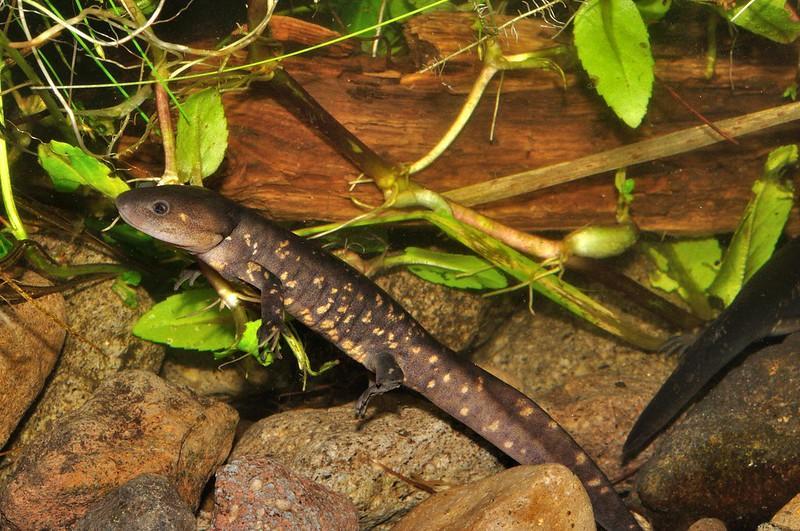 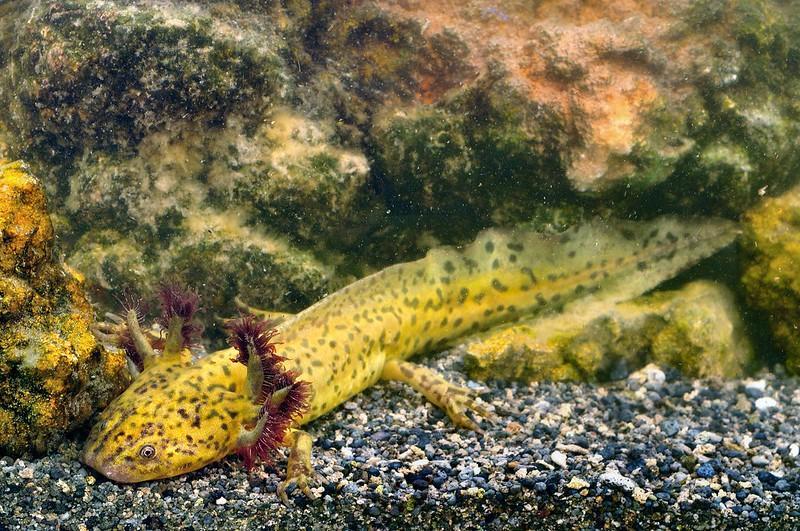 1 of 11
Different Types of Salamander
Back to top