During the Iraq war in 2003, a new internet sensation hit the online world– the Camel Spider. Stories about how camel spiders are venomous began to abound on the Internet. Many of the rumors also displayed the spiders to be about ½ the size of a human. But, the truth (as they say) is stranger than fiction. Perhaps one of the biggest myths is that Middle East's camel spiders can run as fast as humans and have a massive appetite for large sized mammals. However, despite its history as a large predator, the camel spider is not venomous. This AnimalWised article will guide you through the true facts concerning the camel spider.

You may also be interested in: Are Wolf Spiders Venomous?
Contents

The camel spider does not attack humans or large mammals and is definitely not the most venomous spider in the World. However, the real camel spider is still an interesting predator. Still, many myths abound regarding this spider. It has been misidentified as a spider, for starters. Camel Spiders are members of the Arachnida family but they are solpugid. These camel spiders called the wind scorpion, are also known as Egyptian giant solpugid. Only 6 inches or fifteen centimeters in length, the creature is definitely not half the size of a human! These arachnids run fast, not at breakneck speeds though. At the highest speed of 16kmph, the spider moves fast, not with lightning rapidity as rumored.

Camel Spiders do not pose a threat to humans. Though their bite is painful to rodents, small birds, lizards, and insects, these deadly predators are desert dwellers that only attack to eat. With massive, powerful jaws, up to one-third the size of the body length, the camel spider uses its jaw to capture victims and beat them to a pulp with sawing or chopping motions. Though not venomous, camel spiders use digestive fluids for liquefying the flesh of the victim, making it easy to feast on the remains.

You may get intense pain if bitten by a camel spider on account of its strong jaws. The inflammation that follows is due to trauma to the tissue. Depending on its size and the area the camel spider bites, there may be mild to extensive bleeding. Camel spiders lack venom, so first aid treatment suffices for a camel spider bite.

Wash the area with mild soap or saline solution and water. The camel spider's bite is chock-a-block with bacteria which can cause infection later. So it is important to apply antibiotic ointment after cleaning the bite. Based on the wound's size, a bandage is applied to prevent the dirt from going in. Check and get a tetanus shot for the wound. If a fever develops, consult a doctor. Earning their moniker from their habit of chasing shade near camels, the camel spider can also be found in America. A greater risk associated with the bite is the lesions that appear. You need treatment for the bite. A camel spider is also known as sun or wind spider. Solpugids like the camel spider are known as beard cutters because their fang-like jaws are so powerful, they can penetrate human skin. Estimates indicate just around 9% of spider bites from a camel spider cause infection, so cleanse the area thoroughly if you have been bitten.

What About the Name?

Camel spiders are called so because they are believed to stand near camels, the ship of the desert, in search of shade. They belong to the Arachnida species. All spiders are of this species. But an important point to note is that not all arachnids are spiders! The wind scorpion/Camel spider is not a scorpion either. According to the NSF, it is a Solifugae genus which in Latin means “those fleeing from the sun.” The camel spider constantly looks for shade from the searing Middle eastern sun. There are over 1000 species of solifuges, as per the integrated Taxonomic Information System or ITIS, and over 150 genera. Of the kingdom Animalia, it is of the Bilateria subkingdom. The camel spider belongs to the infrakingdom Protostomia and the superphylum Ecdysozoa. It also belongs to the phylum Arthropoda and the subphylum Chelicerata. Of the Class Arachnida, to which all spiders belong, the camel spider is of the order Solifugae. Some of the families to which this solpugid belongs are:

As per the British Broadcasting Service website, though camel spiders have only 8 legs, they seem to have ten. The two extra additions are sensory appendages known as pedipalps. These spiders weigh a mere 56 grams though. Their heads are where their chelicerae meet. The latter are jaws which have to be powerful enough to feast on the prey.

While the tan colored camel spiders are found in Middle East deserts, they also like in Mexico and SW US, as per the NSF. Also primarily nightbirds, these creatures run away from the sun. Camel spiders are also carnivores and feed on small insects, rodents, and birds. Another difference between spiders and this creature is that camel spiders breathe with a trachea. This permits fast intake of oxygen and assists in quick movement.

If you want to read similar articles to Are Camel Spiders Venomous?, we recommend you visit our Facts about the animal kingdom category.

Are There Venomous Spiders in the UK?
Anatomy of a Spider - Different Spider Body Parts
Fossorial Animals: What Animals Live Underground?
Are Komodo Dragons Venomous?
Related categories
Endangered animals
Most read
1.
What Animal am I According to my Zodiac Sign?
2.
10 Most Beautiful Animals in the World
3.
What Does It Mean When a Cat Shows Up at My Door
4.
The 10 Most Solitary Animals in the World
5.
Top 10 Smells Dogs Hate
6.
Why do Dogs Get Stuck when Mating?
7.
How Many Types of Lions Are There?
8.
My Female Dog In Heat Won’t Accept A Male - Causes
What is the Most Venomous Spider in the World
How Do Spiders Reproduce?
How Many Legs Does a Spider Have?
The 10 Most Venomous Animals in the World
Are There Venomous Snakes in the UK?
Different Types of Camels
Are Lizards in Your House Dangerous?
Venomous Lizards List - With Photos 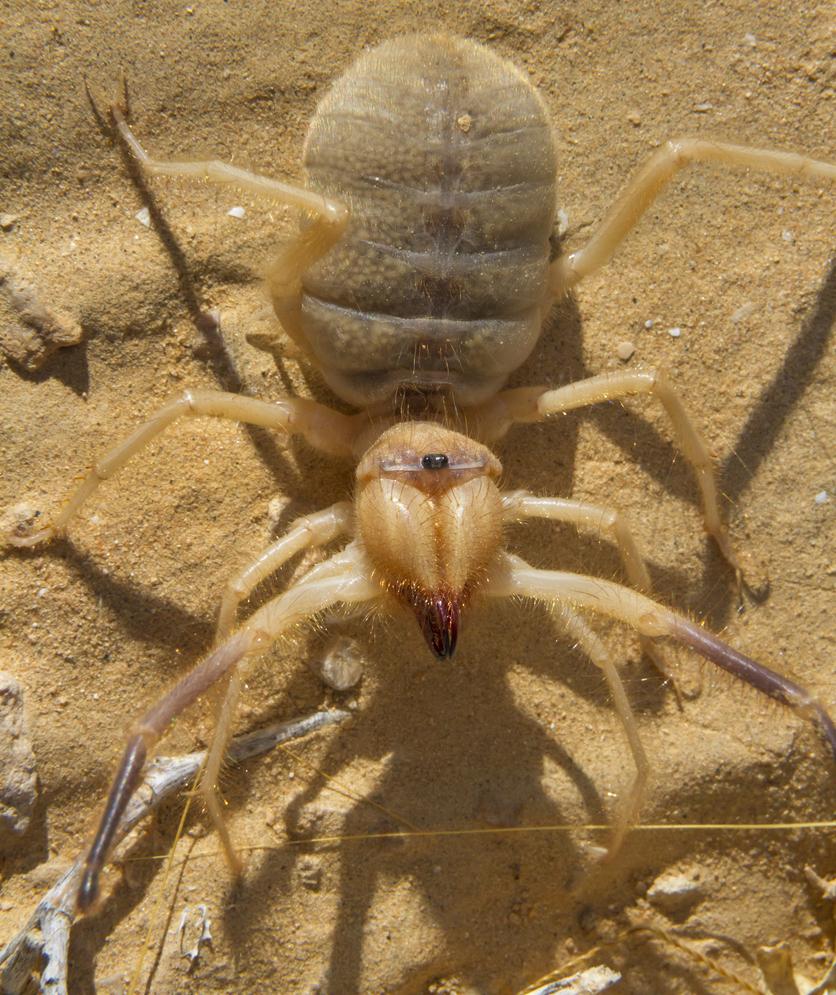 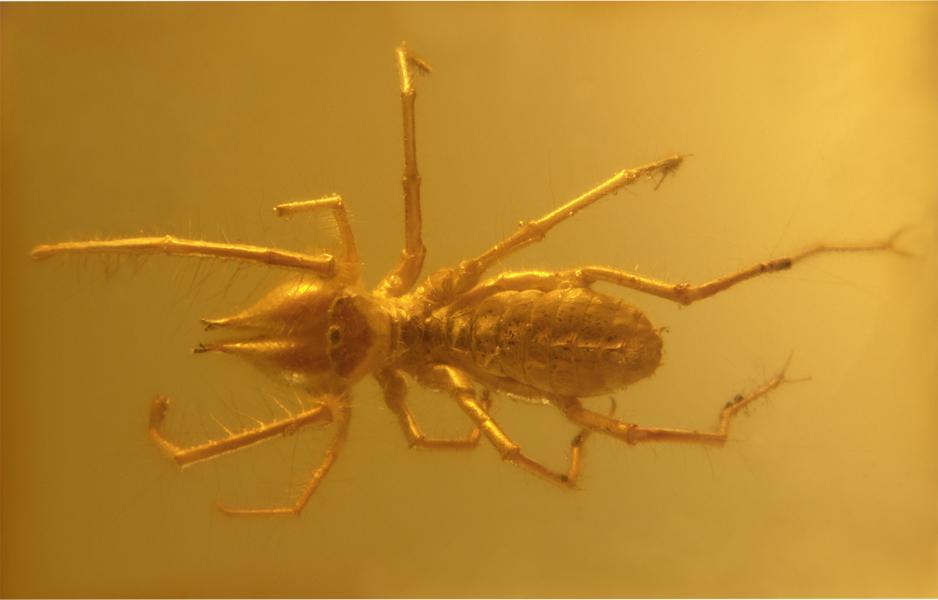 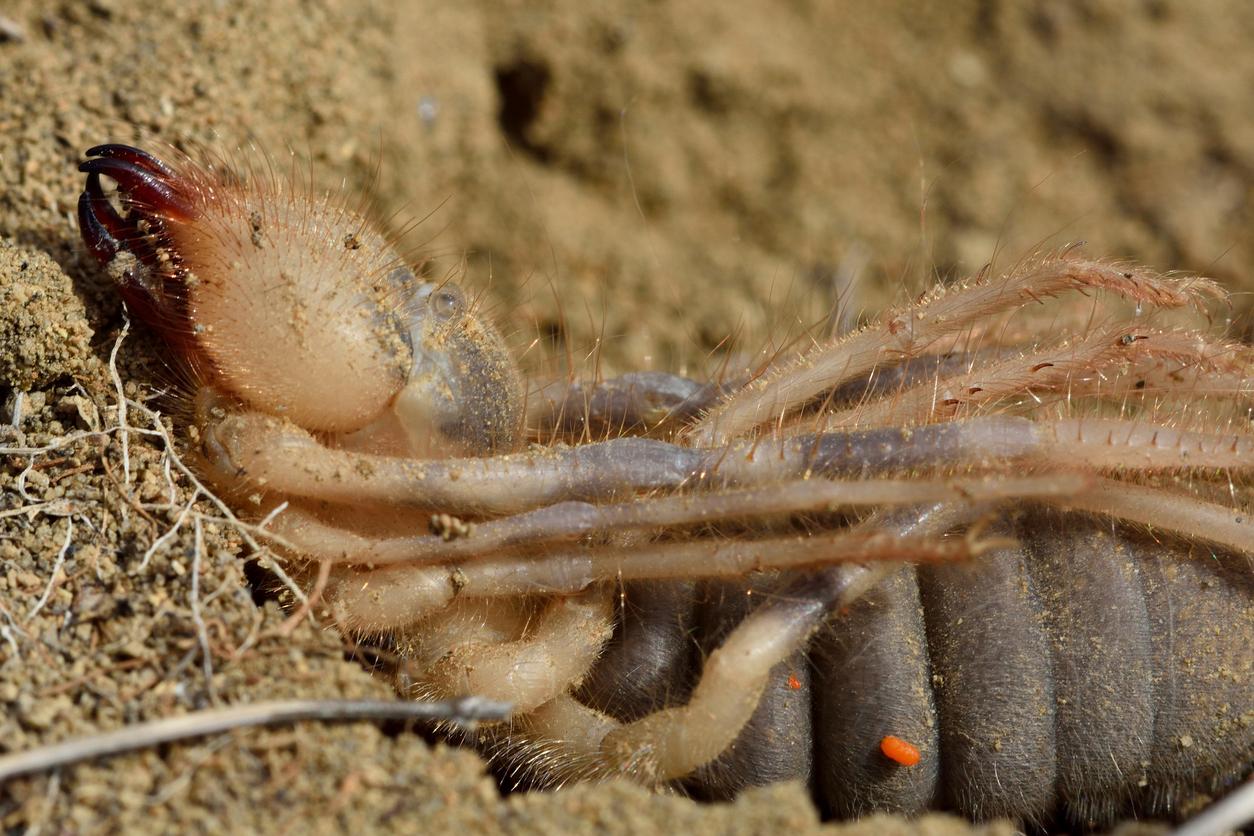 1 of 3
Are Camel Spiders Venomous?
Back to top