By Nick A. Romero, Biologist and environmental educator. November 23, 2022

Spiders are arthropod animals that belong to the order Araneae. Within this order is a great diversity of species, being the most varied group identified as arachnids. There are many people who believe spiders are insects, but they are a different type of arthropod. Spiders have eight legs and no antennae or wings.

Spiders can be found all over the world, except in Antarctica. All are predatory and capture their prey by ambush, traps or webs where they trap and kill using venom. These arachnids vary in size, some being very tiny and others bigger than a dinnerplate. Despite their range of differences, all spiders have the same basic anatomical features. AnimalWised explains the different spider body parts with our guide to the anatomy of a spider.

You may also be interested in: Types of Spider Monkeys
Contents

We can generally divide the parts of a spider into two, specifically the front and the back parts. This does not include the legs which we will address separately below. The cephalothorax, also known as the prosoma, is the anterior part of spiders which many people call the ‘head’. This does not have any type of segmentation and is joined to the posterior part by a structure known as the pedicel, the equivalent to a human waist.

The cephalothorax is made up of different parts, both external and internal. We discover more about the anatomy of a spider by looking at the body parts which make up the cephalothorax:

Learn more about different spider species with our article on the most venomous spider in the world.

More commonly known as the abdomen, the opisthosoma is the posterior part of the spider's anatomy. As stated above, it is connected by a kind of waist known as a pedicel. This allows the abdomen of the spider's body to have mobility on all sides when weaving their webs.

To learn more about this body part of spiders, we look at its constituent parts:

One of the most important body parts of a spider's anatomy is their locomotor limbs, simply known as legs. They are all attached to the cephalothorax. These arachnids have a total of four pairs of legs, i.e. eight legs in total. Spider legs are highly articulated, as occurs in all arthropods. This allows them great flexibility, agility and precision. The following are the main segments of a spider leg:

As is generally the case with arthropods, the legs of spiders have a series of segments to facilitate the mobility of the animal. Since they lack the bone structure of vertebrate animals, these limbs have developed to be able to carry out a wide range of movements. They are flexible and can walk on almost any surface, even on water like the raft spider (Dolomedes fimbriatus). Spider legs also have hairs and spines which can be very diverse in terms of size.

Now you know all about spider anatomy, see how certain species use their body parts with our articles on what house spiders eat and whether camel spiders are venomous.

If you want to read similar articles to Anatomy of a Spider - Different Spider Body Parts, we recommend you visit our Facts about the animal kingdom category.

New
Body Parts of a Butterfly and Their Functions
How Do Spiders Reproduce?
Are Wolf Spiders Venomous?
Are Camel Spiders Venomous?
Related categories
Endangered animals
Most read
1.
What Animal am I According to my Zodiac Sign?
2.
What Does It Mean When a Cat Shows Up at My Door
3.
10 Most Beautiful Animals in the World
4.
Examples of Vertebrate and Invertebrate Animals
5.
Why do Dogs Get Stuck when Mating?
6.
The 10 Most Solitary Animals in the World
7.
Differences Between Deer, Elk, Moose and Reindeer
8.
Animals With Scales - Full List
Are There Venomous Spiders in the UK?
What is the Most Venomous Spider in the World
Body Language Signs of a Happy Dog
Types of Monkeys in the World
List Of Different Types of Foxes
Animals with Exoskeleton - Names and Examples
Dog Anatomy Guide - Muscles, Bones and Organs
List of Big Eyed Animals - 15 of the Cutest! 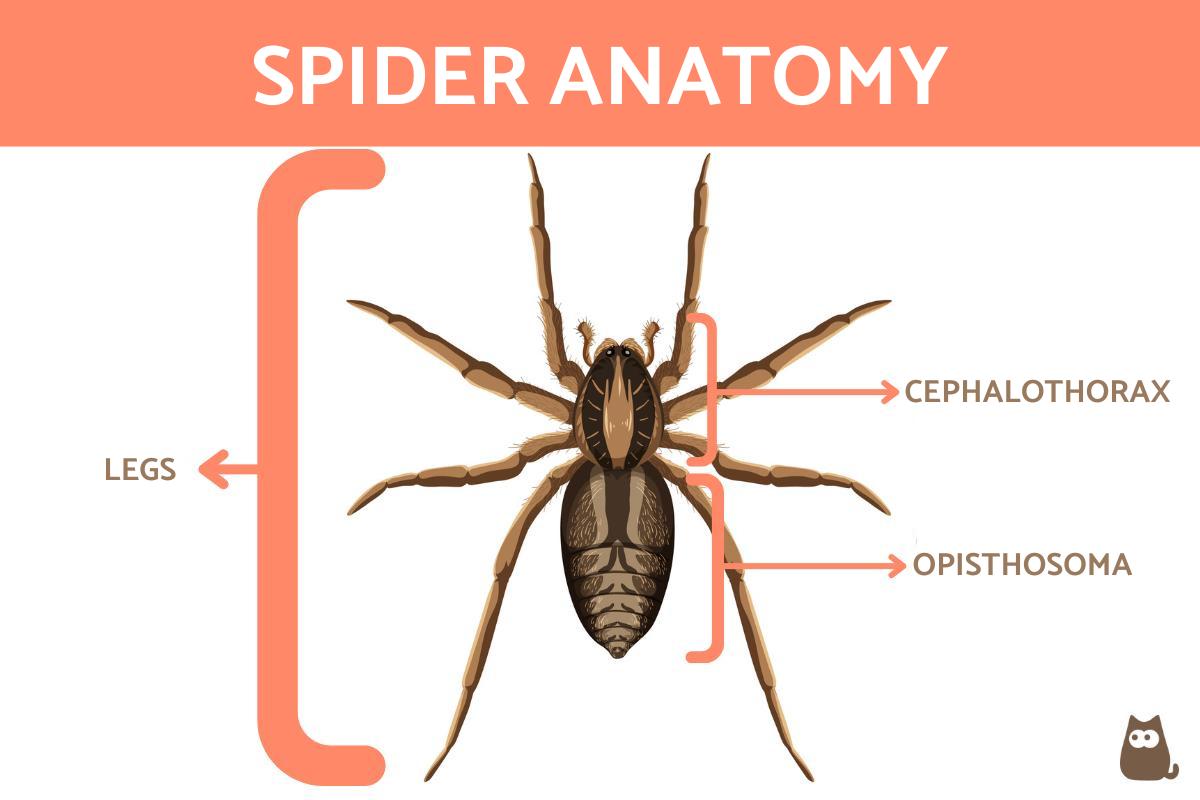 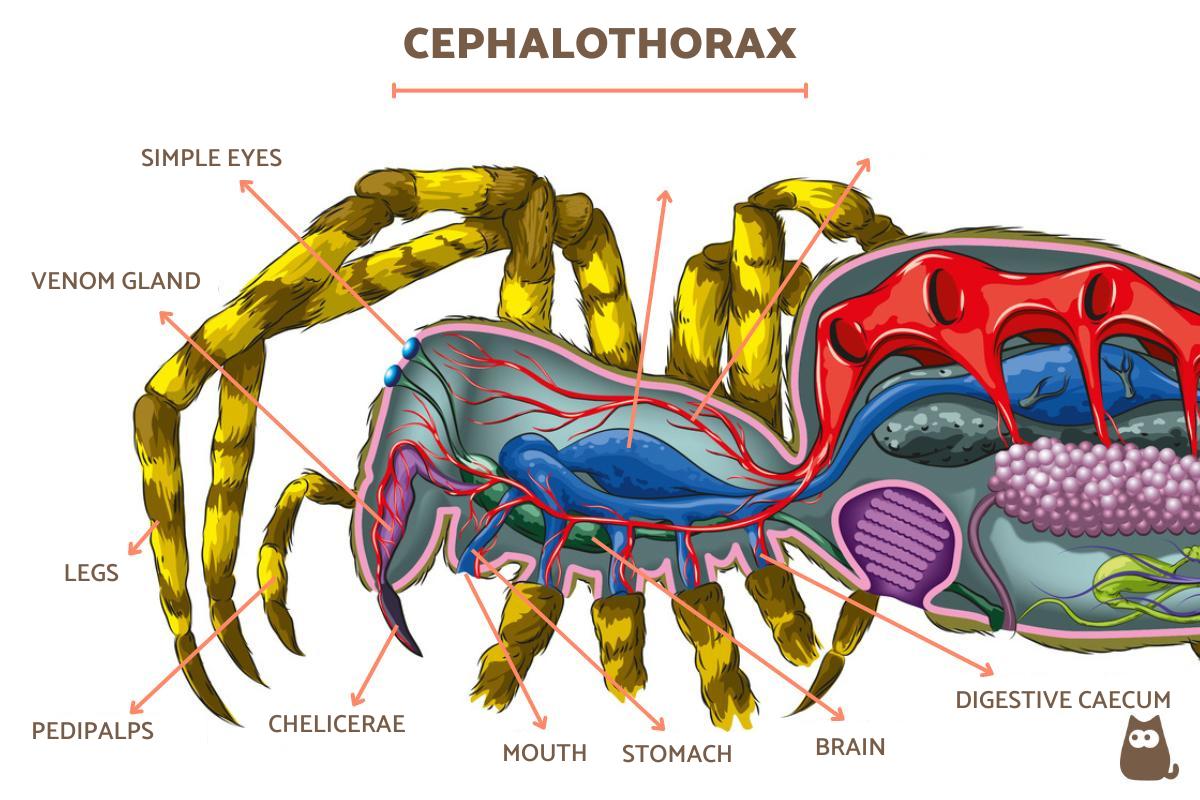 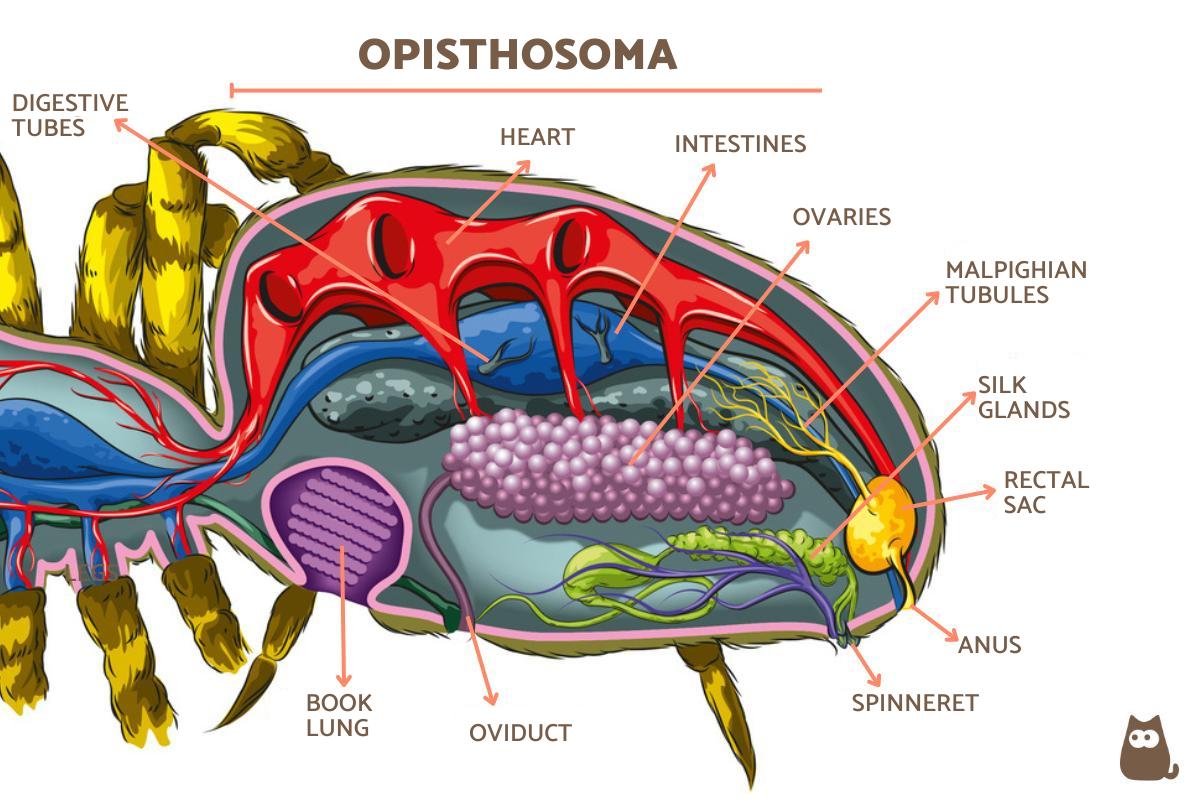