Are There Venomous Spiders in the UK?

Are there venomous spiders in the UK? Yes, but don't worry too much. These spiders are very timid and will only bite you as a last resort of self-defense. Nevertheless, let's take a look at the venomous spiders we can find in the UK.

In this AnimalWised article we're going to list the different species of spiders you can encounter in the UK. Keep reading to learn more!

You may also be interested in: Are There Venomous Snakes in the UK?
Contents

Are there venomous spiders in the UK?

Yes, the United Kingdom has over 650 different species of spiders, 12 of which are venomous enough to cause humans severe pain. The most feared spider in Britain is none other than the notorious false widow spider, which is the most venomous of all.

There are three other venomous spiders in the UK – the cardinal, woodlouse, and tube web spiders – that can pierce the skin of human victims and cause them harm, but when it comes to the strength of the venom, the noble false widow is the most feared.

Let's take a look at the different species of venomous spiders found in the Uk. Keep reading to learn more!

The noble false widow (Steatoda nobilis), usually called just "false widow", is a fearsome arachnid that gets its name because it can be mistaken for the more dangerous black widow.

This is the most venomous spider in the UK; its venom can lead to intense localized pain, in which a small degree of inflammation is observed, as well as numbness, discomfort, a burning sensation, and chest pain. In rare cases, extreme nausea may be experienced. In case the spider bite is infected, it can cause related medical conditions such as gangrene. However, experts opine that there is no way a noble false widow bite can instigate an infection bad enough to lead to death. Only female false widows can cause pain to humans.

The noble false widow is not a native of the British Isles, but from the Canary Isles. However, it arrived to the United Kingdom in the 19th Century, where it was observed during the summer in the southern and eastern coasts. On account of climate change, the range of the false widow is spreading north.

These spiders usually measure about 10 mm, although females can be larger. They are dark brown in color, with paler markings, and have a bulbous and swollen abdomen.

The tube web or cellar spider (Segestria florentina) is gets its name because its web is tube-shaped - in fact, it is the largest species of this kind in Europe. It was introduced into the United Kingdom from the Mediterranean by traders; the adults are out from June to November. You can find tube web spiders in urban areas, especially in the cracks of buildings.

While cellar spiders can prove to be aggressive when in attack mode, their bites can be treated medically. Intense pain is felt on being bitten by this arachnid species, but it subsides within 5 to 6 hours. Male cellar spiders are around 15 mm, but females can surpass 20 mm.

The woodlouse spider (Dysdera crocata) gets many other names, including "sowbug killer", "woodlouse hunter" and "slater spider", which all refer to the fact that it basically eats woodlice. Nonetheless, under extreme provocation - such as direct handling - the woodlouse spider can bite humans. However, its venom only causes itchiness.

This venomous spider comes originally from southern Europe, but it has managed to reach many different shores, including those of the British Isles. The woodlouse spider has a colorful appearance, with three pairs of eyes, a dark reddish body, and a yellowish brown abdomen. It is about 15 mm big, although females can reach twice that size.

The cardinal spider (Tegenaria parietina) is easily one of the largest house spiders in the country, as its leg span can be of more than 12 cm (4.70 in), although its body is quite small in comparison. The British name of this spider, "cardinal", comes from the legend that says this spider frightened Cardinal Thomas Wolsey in the Tudor era at Hampton Court.

These arachnids have a bad reputation on account of their massive size and predatory nighttime behavior, but although the cardinal spider is technically venomous, its bites are rare and quite painless.

The money spider is not a species, but a family scientifically known as Linyphiidae. It includes more than 4,000 species, many of which are widespread across the UK. Money spiders look for damp vegetation; most bites happen to people working in wet weather or sites. These spiders bite their prey to induce paralysis, and they can cause localized redness and inflammation to humans.

Money spiders are very small, usually less than 3 mm, and their bites don't always penetrate human skin. They are given this moniker because it is believed that if one is stuck in your hair or clothes, it brings increased luck and money.

The walnut orb-weaver spider (Nuctenea umbratica) is located in North Africa, some regions in Asia, and most of Europe, including the UK. It inhabits the shaded places behind barks and crevices in the woodwork during the daytime.

This is one of the venomous spiders in the UK, as its bite leaves burning pain from the finger to the elbow, as well as a red spot with white inflammation, and causes the arm to go numb. Recovery occurs within a few hours, though. Male walnut orb-weaver spiders reach 8 mm, and females can double that size.

The black lace-weaver (Amarobius ferox) can be found in North America and Europe all year long. It is relatively big, at around 11 to 15 mm, and it is almost black in color, with a bulbous abdomen.

This is indeed a venomous spider: the bite of a black lace-weaver results in pain and a white patch with reddish appearance around it. The swelling lasts for a period of three days on an average, accompanied by nausea.

The wasp spider (Argiope bruennichi) inhabits almost all continents, although it is new and rare to the United Kingdom. In that country, this venomous spider can only be found in the months of June to September.

Female wasp spiders reach 15 mm, while males barely grow to 5 mm. They are black, yellow and white, with a stripe pattern that gives them their name. The bite of a wasp spider causes immediate pain, spreading to the groin.

The cross spider (Araneus diadematus) is also called diadem or European garden spider. It can be found in Europe and North America, and also in the British Isles from June to November.

Their size varies; male cross spiders can measure from 5 to 13 mm, and females can measure 6 to 20 mm. They can be recognized by a cross pattern or mottling in white on their backs. Although they only bite when threatened, they can cause pain, nausea and inflammation for 2 to 3 days.

Careful with this one - the mouse spider (Scotophaeus blackwalli) you can find in the UK is not actually harmful, but the unrelated Australian mouse spiders (Missulena) are.

The missing sector orb weaver or silver-sided sector spider (Zygiella x-notata) is so called as it spins an orb web without one entire sector. This is a medium-sized spider, at 15 mm, that can be found in houses and gardens across the UK. This spider is seen indoors in the winter and autumn months, as it prefers warmth.

This spider is harmless to humans, and it is known for its pale body and legs, with silver-grey markings on the abdomen.

The cupboard spider or false black widow (Steatoda grossa) is often mistaken by the more venomous black widow because of its dark shades, from purple to brown, and bulbous abdomen. It can grow to around 10 mm.

This species lays between forty and hundred eggs thrice a year. Cupboard spiders are spread throughout the world, and they are among the venomous spiders of the UK. They are known to attack humans: false black widow bites can result in minor discomfort and blistering, which lasts for some days. In severe cases, there can be extended malaise and even fever.

The giant house spider (Eratigena atrica) is one of the venomous spiders in the UK, as it is commonly found in British homes and wandering around in the mating season, in autumn. This species is indeed gigantic, as a female's body can reach 1.9 cm (0.7 in) with 4.5 cm (1.8 in) leg span, while males have a 1.5 cm (0.6 in) body with longer legs, reaching even 7.5 cm (3 in).

Giant house spiders can be found to run very fast, but only for a limited time before recovering. Building sheet-like webs, they are found in sheds, garages, cavity walls and attics. These spiders are venomous, but generally do not attack humans.

The longbodied cellar or skull spider (Pholcus phalangioides) is also known by the popular nickname of "daddy long-legs". Their body length is of less than 10 mm, but their legs can reach even 7 cm (2.75 in): this spider has a tiny body and a long, thin-legged appearance, hence its name.

The bad news? They have a relatively potent venom, although not as much as folk knowledge would have you believe. The good news? Their bite barely affects humans: although they can penetrate some millimeters into our skin, we only feel some localized burning for seconds.

There are two related venomous spiders known as "lace-webbed" because of the webs they weave: Amaurobius fenestralis and Amaurobius similis. Found in walls and fences, these spiders may venture indoors in search of a mate.

Lace-webbed spiders are brown with yellow marks, and they grow to around 20 mm. Bites are relatively painful, and the symptoms include localized swelling for some hours.

The Zebra Back Spider

The zebra back spider (Salticus scenicus) is a distinctive critter, with black and white marks like a zebra over its back and legs. This eight-legged arachnid reaches about 8 mm in size. It doesn't build a web; instead, it has a curious jumping stop and start motion. Interestingly, they often do so when they realize they have been noticed.

The zebra back spider is known to remain outdoors, but can venture in through open doors and windows. This spider can bite, though the venom is not life threatening or even too painful.

So, are there venomous spiders in the UK? Yes, but they're not very dangerous or threatening. If you're interested in local fauna, don't miss the following articles:

If you want to read similar articles to Are There Venomous Spiders in the UK?, we recommend you visit our Facts about the animal kingdom category.

1 comment
Rating:
Durp
11/03/2022
Yeah, uh, ALL spiders are venomous. Every single one of them. So the answer is yes.
Are There Venomous Spiders in the UK? 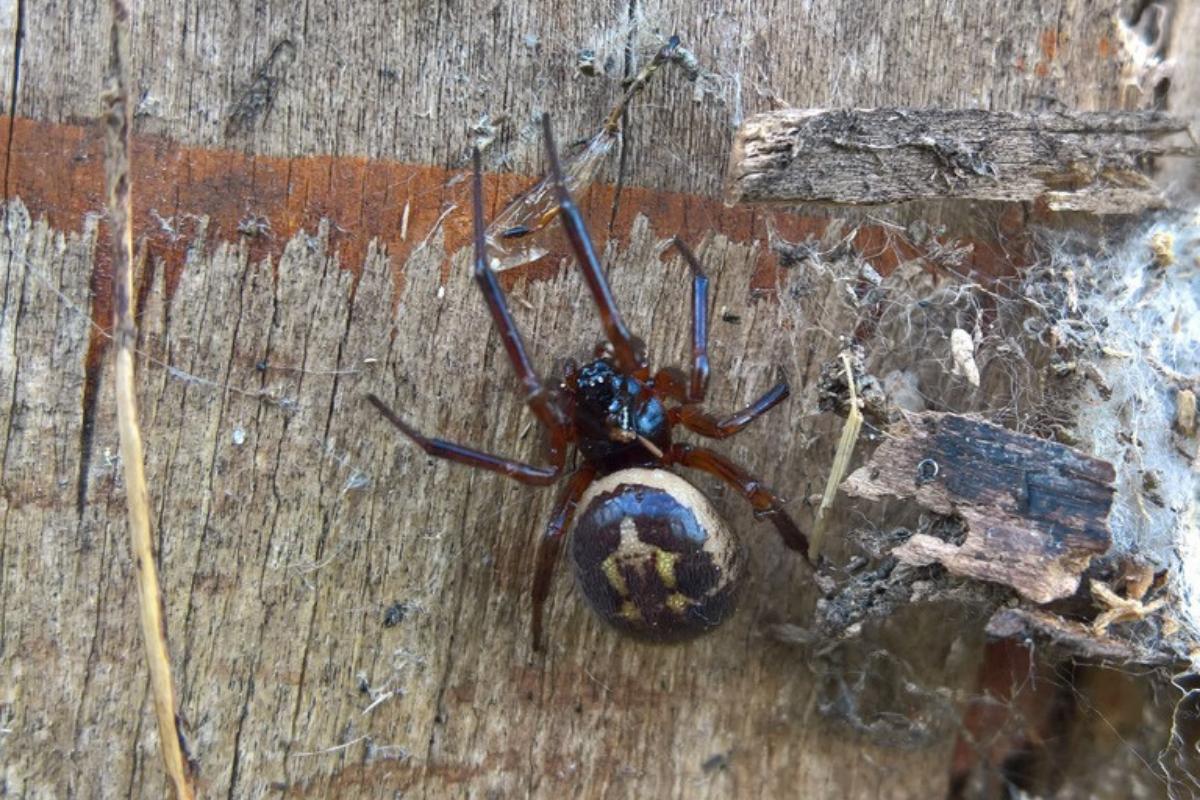 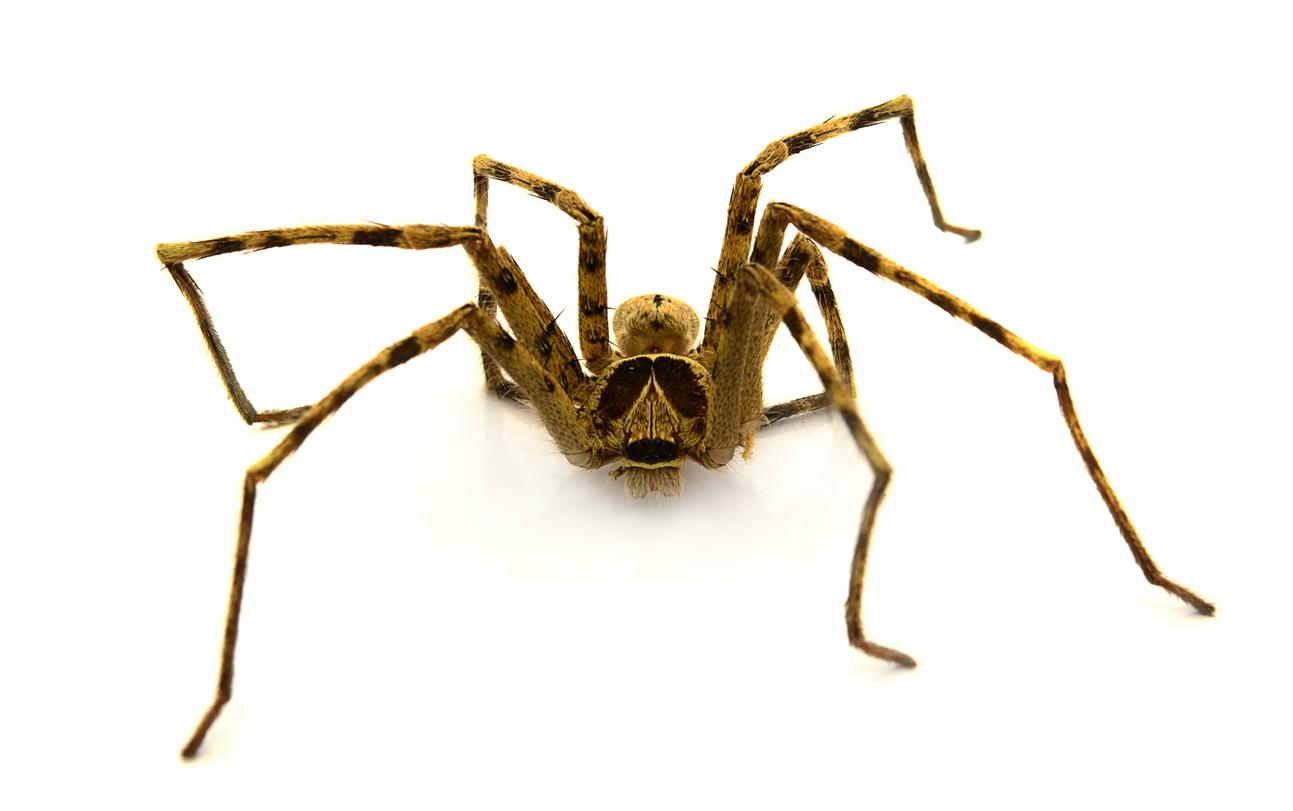 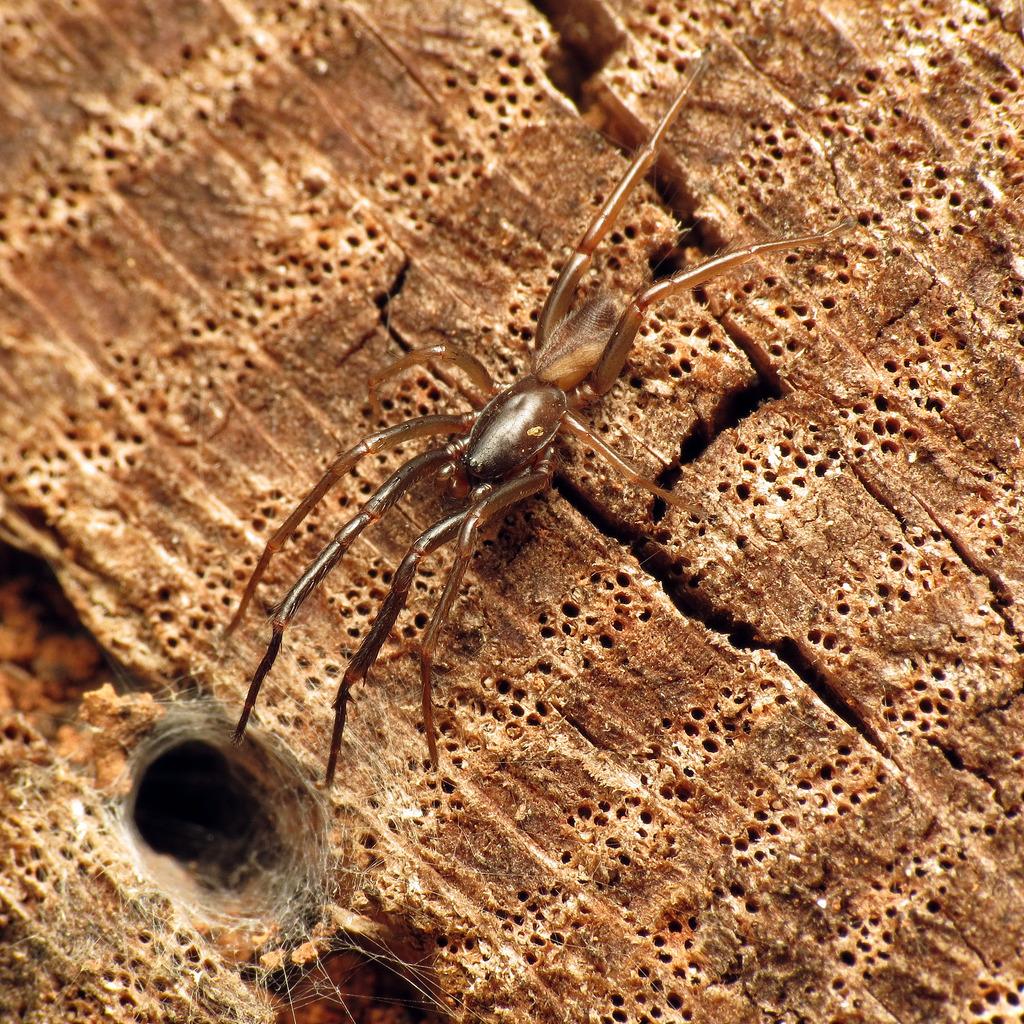 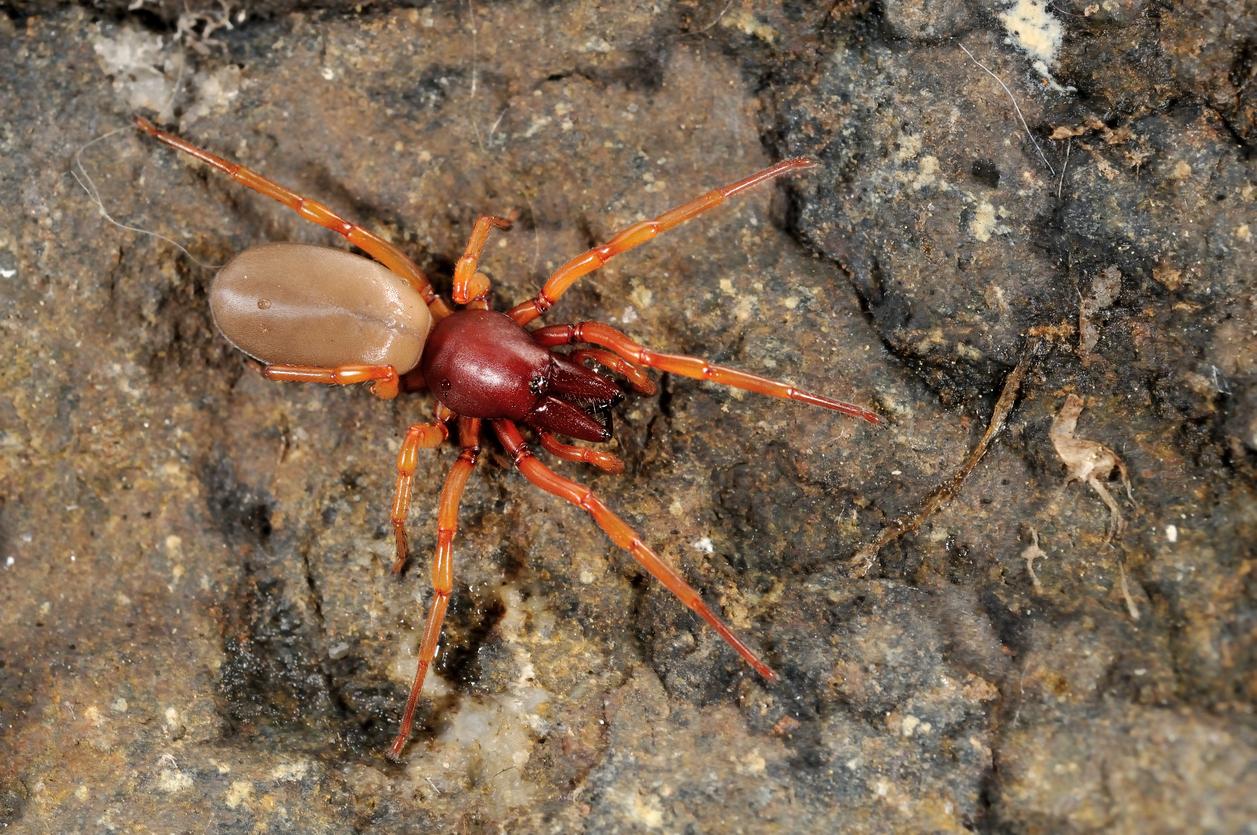 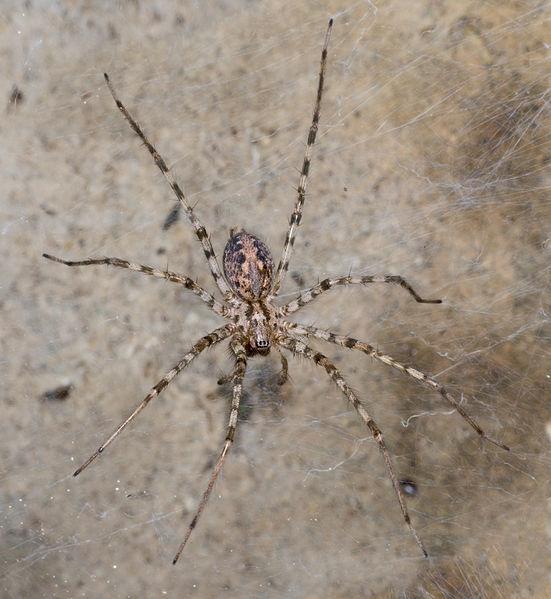 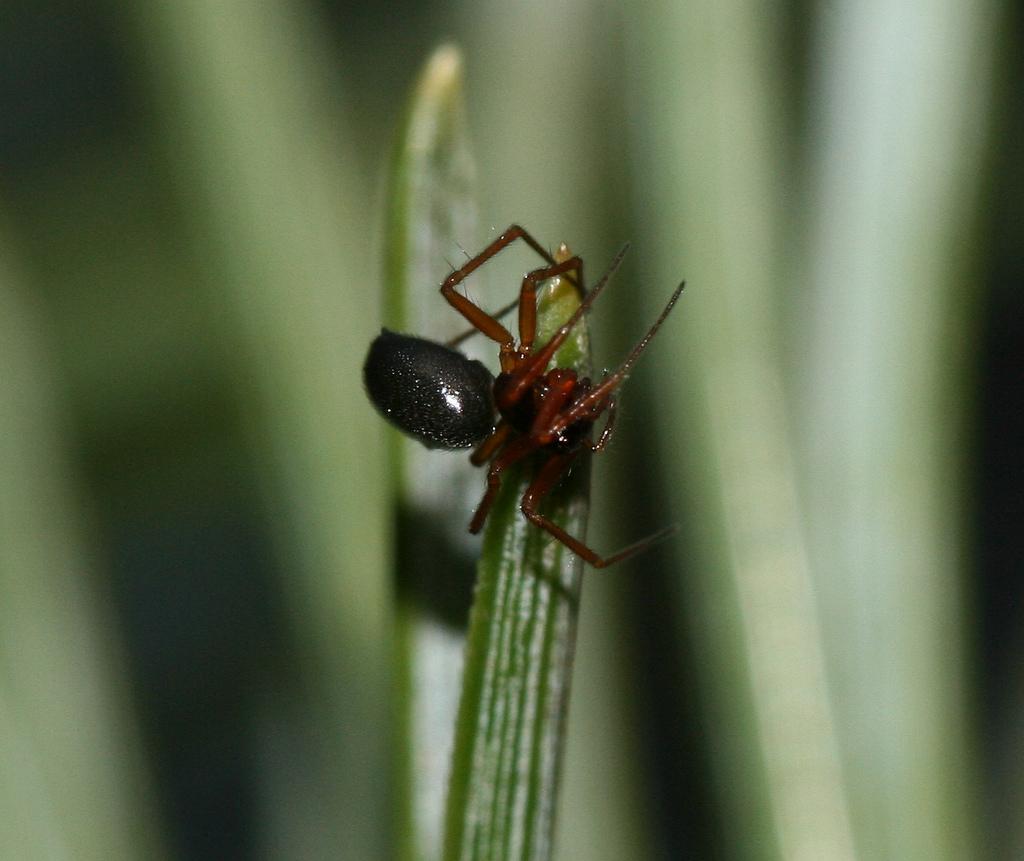 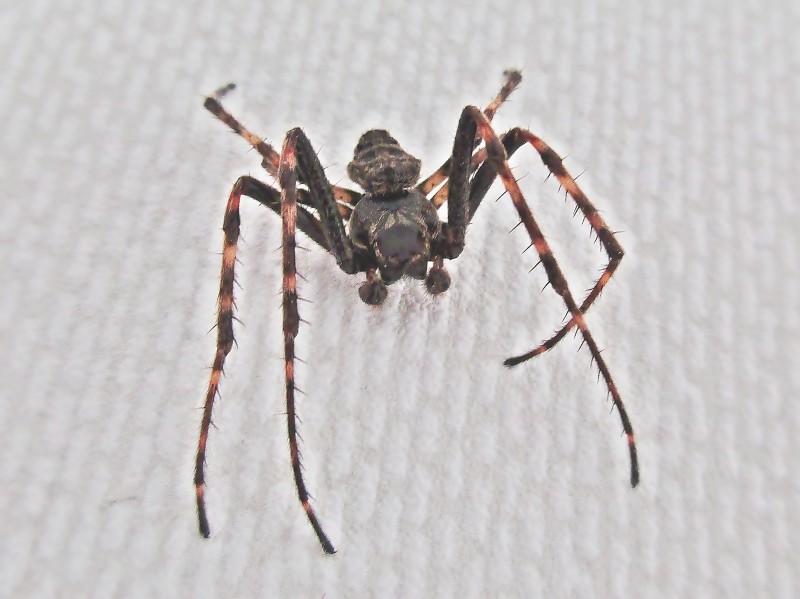 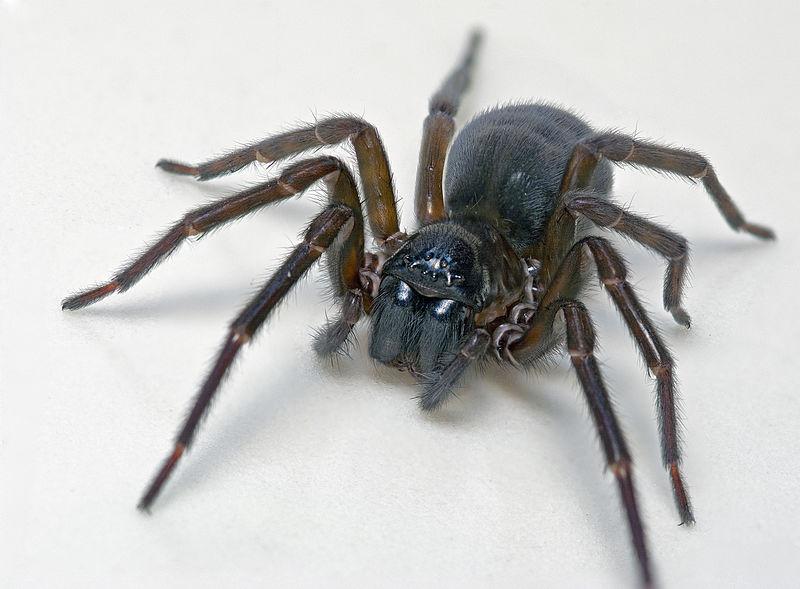 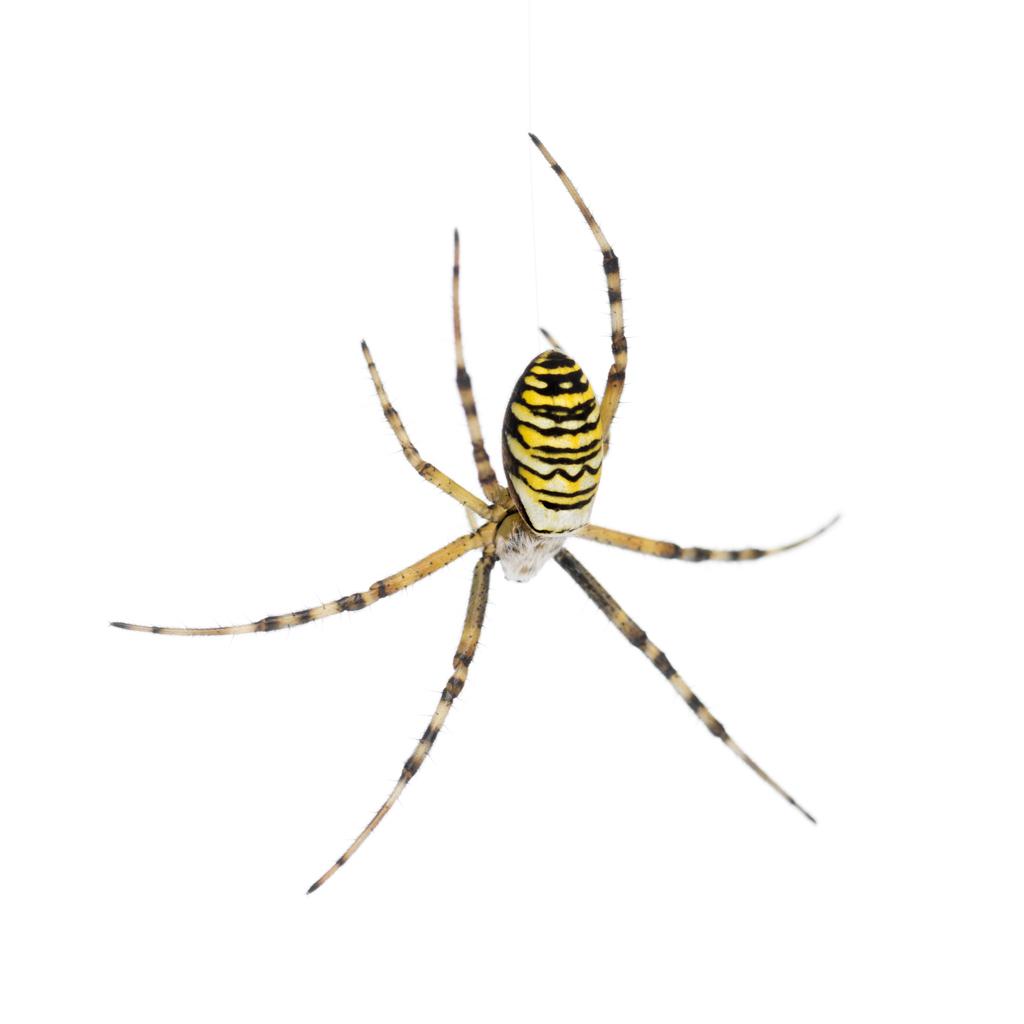 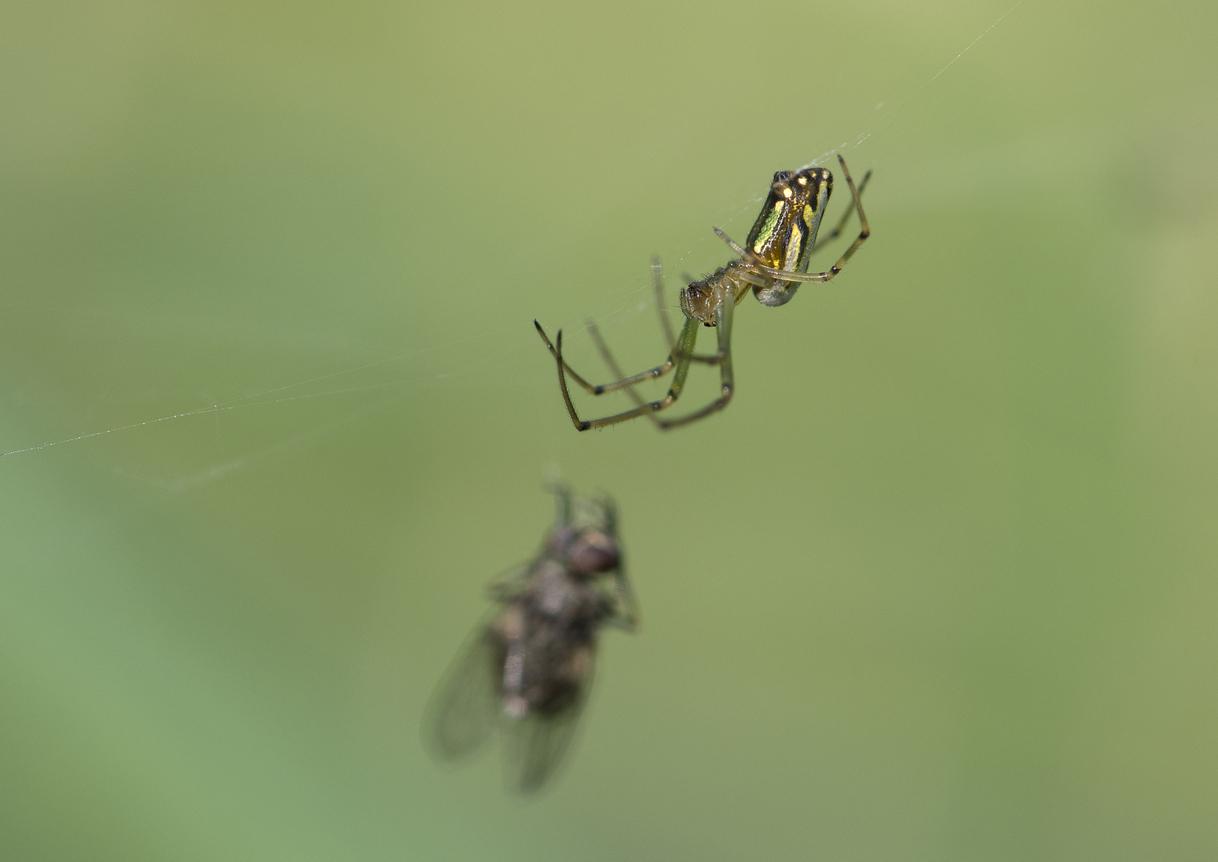 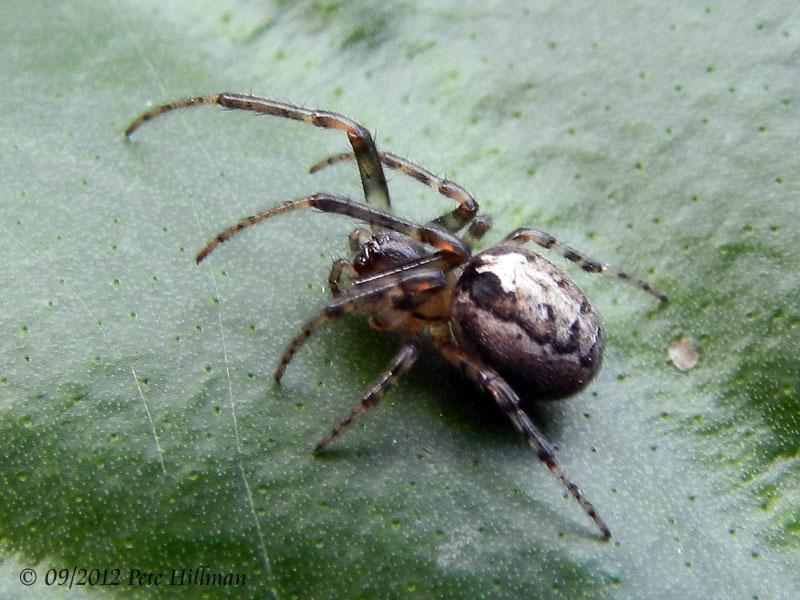 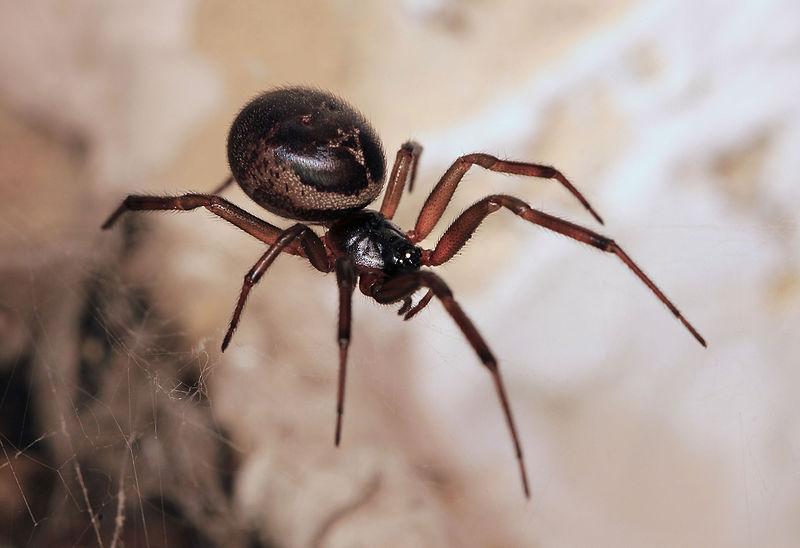 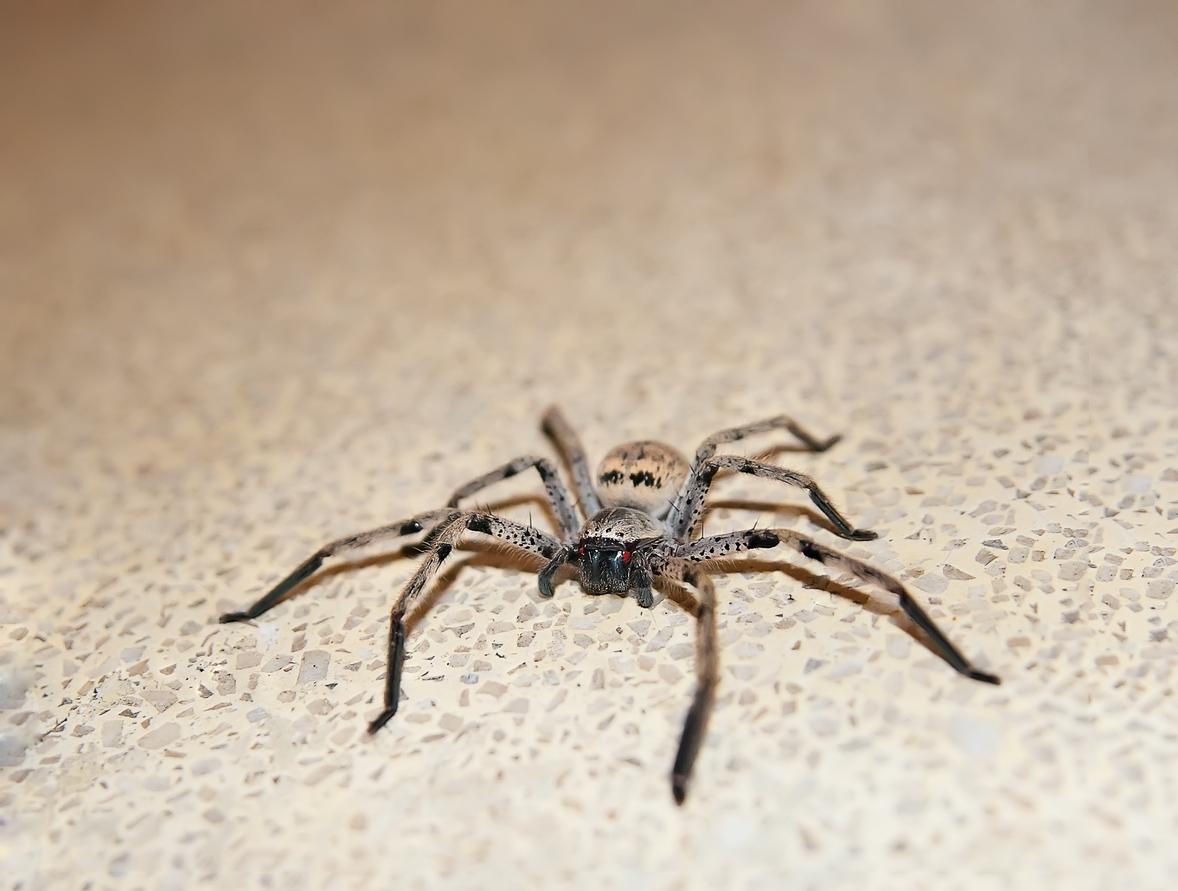 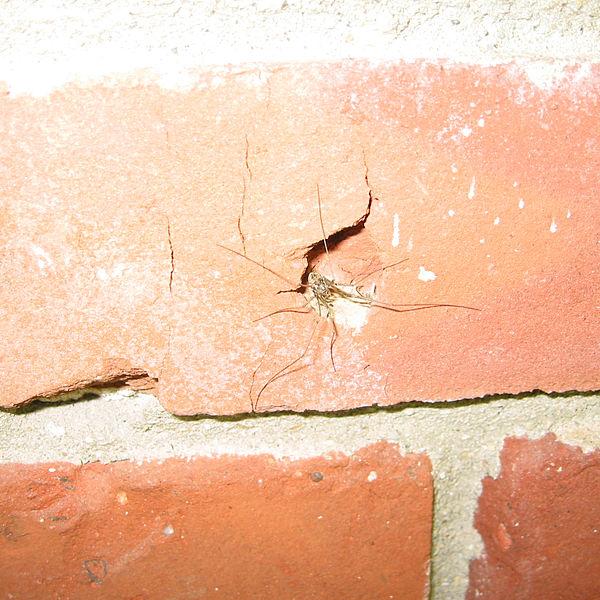 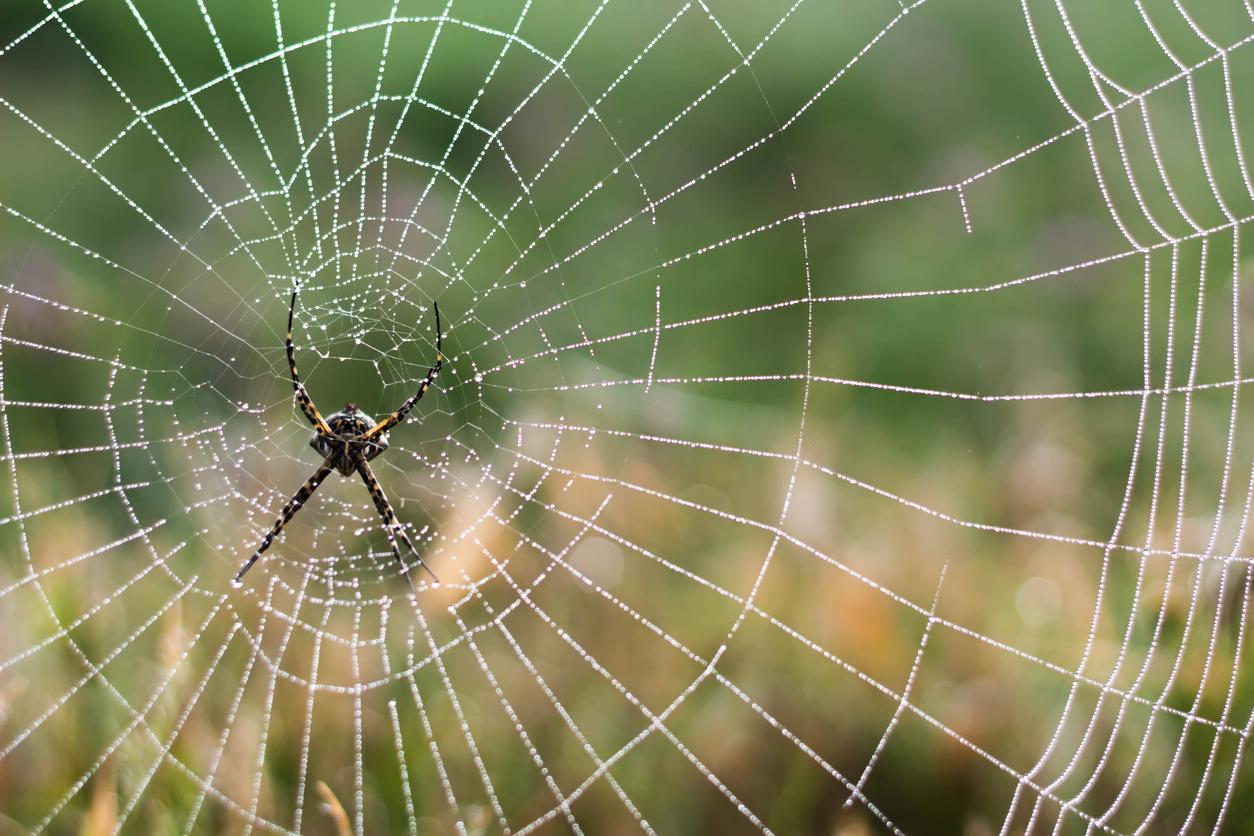 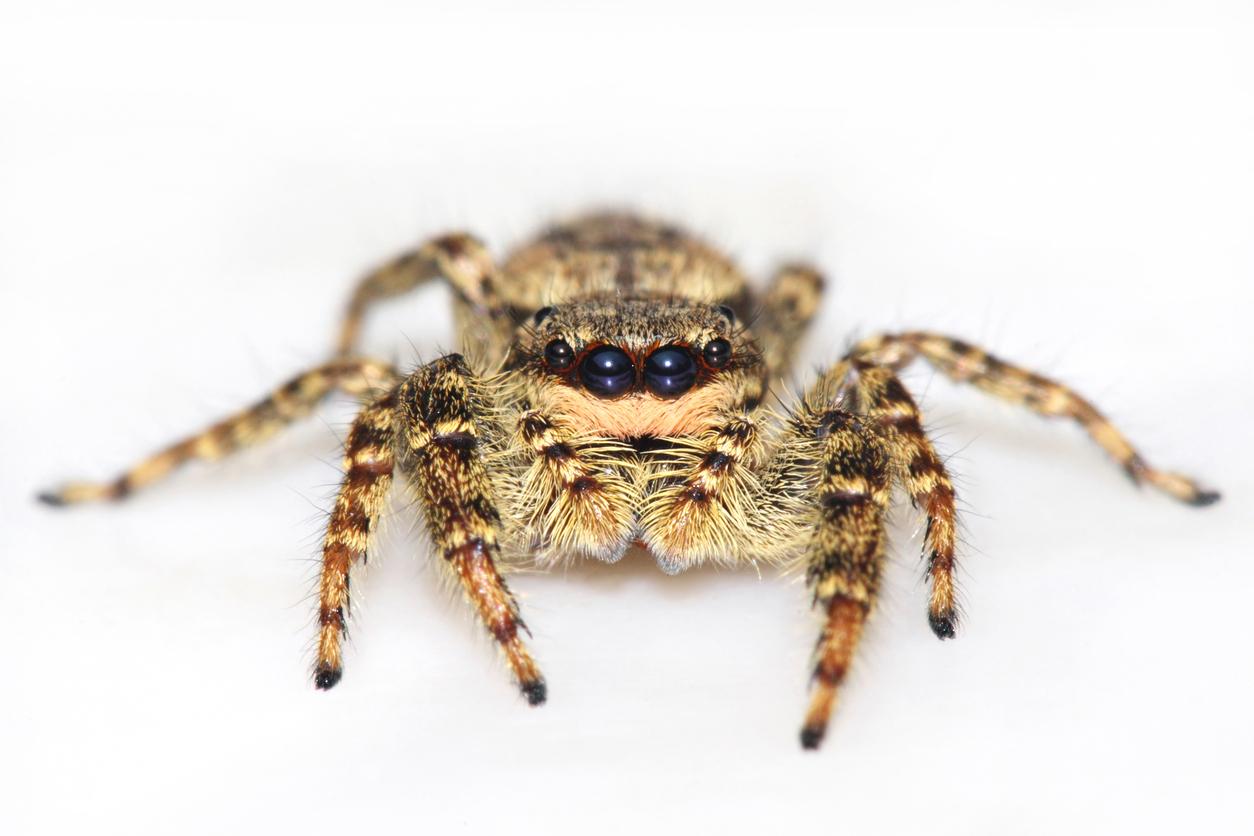 1 of 17
Are There Venomous Spiders in the UK?
Back to top