By Nick A. Romero, Biologist and environmental educator. November 13, 2022

Axolotls are animals whose name literally means strange water monster in Nahuatl, an Uto-Aztecan language spoken in Mexico. There is no doubt that this animal is strange in more ways than one, and not just because of its almost mythical appearance. Axolotls are unusual among amphibians in that they reach adulthood without undergoing the metamorphosis that their close relatives go through. Instead of walking on land, they choose to remain in the water.

In the following Animalwised article, we explain how the axolotl reproduces, its various developmental stages, and the fascinating metamorphosis process it can undergo.

Characteristics of the axolotl

This animal has been the inspiration for pre-Hispanic legends, stories, plays, songs, and much more. However, its friendly alien appearance is not the only reason for its popularity. The salamander has a number of biological properties and characteristics that have been the subject of dozens of scientific studies worldwide.

Endemic to the Valley of Mexico basin, they have been in critical danger of extinction since at least 2006. In the wild, this amphibian lives mainly in deep waters with lush vegetation, but occasionally emerges for air. In captivity, the axolotl is relatively abundant. This is partly because they are often used in research, as they have the ability to regenerate body parts.

Adult axolotls can reach a length of about 12 inches (ca. 30 cm) from nose to tip of tail and weigh up to 10.5 ounces (ca. 397 g). Their body resembles a lizard, although the skin is smooth. It has four well-developed limbs with fingers, but no nails. It also has a tail that is somewhat flattened. Likewise, it can have different colors, such as black, brown, dark green, yellow, and pink; there are also albinos.

They are neotenic, meaning they have the physical characteristics of younger individuals of their species, even though they are already in the adult stage. In fact, axolotls are much more aquatic than other salamander species. They have features typical of salamander larvae, including external gills and a caudal fin that extends from the back of the head to the throat. These external gills are usually lost when salamander species become adults.

How does the axolotl reproduce?

The axolotl reproduces asexually with internal fertilization. They are oviparous animals because the females lay eggs. Males can be identified by their swollen cloacae lined with papillae, while females can be identified by their broader bodies filled with eggs. Axolotls become sexually mature at about 18 months, while still in its aquatic larval form.

Axolotls are solitary animals and their reproductive stage occurs in February. The male performs a special courtship or ritual in which they both thrust at their canals with circular movements. The male then retreats, with the rear part of the body and the tail taking on an undulating shape, but is followed by the female. The male then vigorously shakes his tail to deposit a cone-shaped gelatinous mass that contains the sperm and is called a "spermatophore." Next, the female moves over the mass deposited by the male, also wagging her tail, and finally collects the spermatophore with her cloaca.

After the courtship dance, eggs are laid singly, usually on plants. Depending on the size of the female, anywhere from one hundred to over a thousand eggs can be laid in one spawning event. The eggs hatch after 14 days at 75°F (24°C). After a few hours, the larvae begin to eat anything small enough to fit in their mouths.

If you want to know more about salamanders and their reproduction, you should read this article, where we talk about the different types of salamanders.

Stages of development of the axolotl

As mentioned earlier, neotenic species are those that retain their larval status during adulthood, so that metamorphosis does not occur or does not fully develop. Nevertheless, axolotls, like all animals, go through different stages of development. Let us take a closer look at the characteristics of each stage:

Metamorphosis of the axolotl

When axolotls are exposed to stressful situations in their environment, such as sudden temperature changes or water pollution, they may undergo a process of metamorphosis. In other words, they lose their juvenile characteristics and take on salamander-like characteristics to survive in these environments and out of the water.

Most surprisingly, some studies indicate that the axolotl can return to its larval stage when environmental conditions become favorable again. That is, it undergoes a reversible transformation.

During this physiological transformation, the animal changes its heart from two to three chambers and its respiratory system matures its lungs to breathe outside the water. They also lose their dorsal fin, which becomes more similar to a tail. They also lose their characteristic external gills and the color of their skin becomes darker. In other words, they end up looking very similar to an adult salamander or lizard.

This incredible process of metamorphosis is based on a chemical process driven by certain hormones, such as thyroxine. Thyroxine is a type of thyroid hormone that is secreted by the follicular cells of the thyroid gland. Axolotls have lower levels of these hormones compared to their close terrestrial relatives, which would explain why they do not achieve complete metamorphosis under normal conditions.

One of the hypotheses for this characteristic is that it was not necessary for the axolotl to leave the water, like frogs or salamanders, because of the conditions of its habitat. In other words, the aquatic environment provided it with the ideal conditions for survival and reproduction.

If you want to know more about other animals that go through metamorphosis, do not miss this other article where we explain more about this process.

If you want to read similar articles to Axolotl Reproduction, we recommend you visit our Facts about the animal kingdom category. 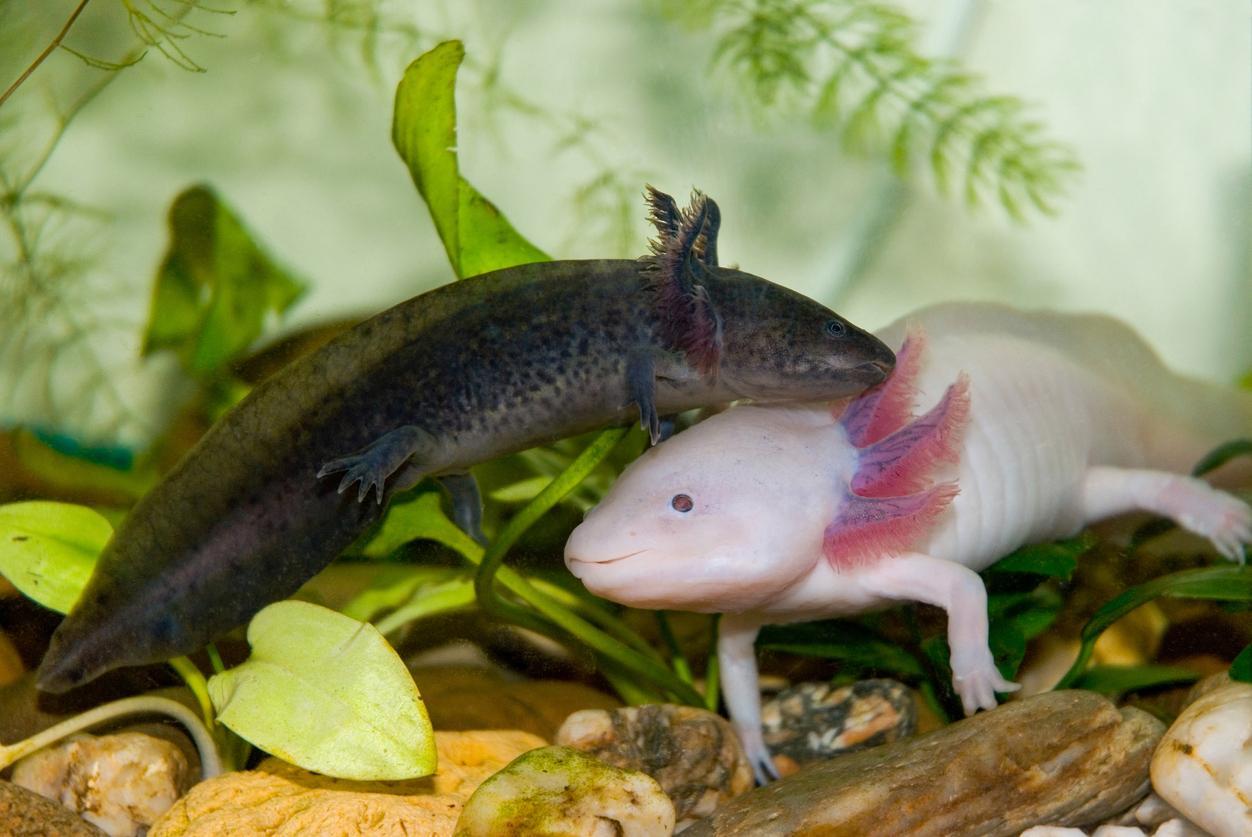 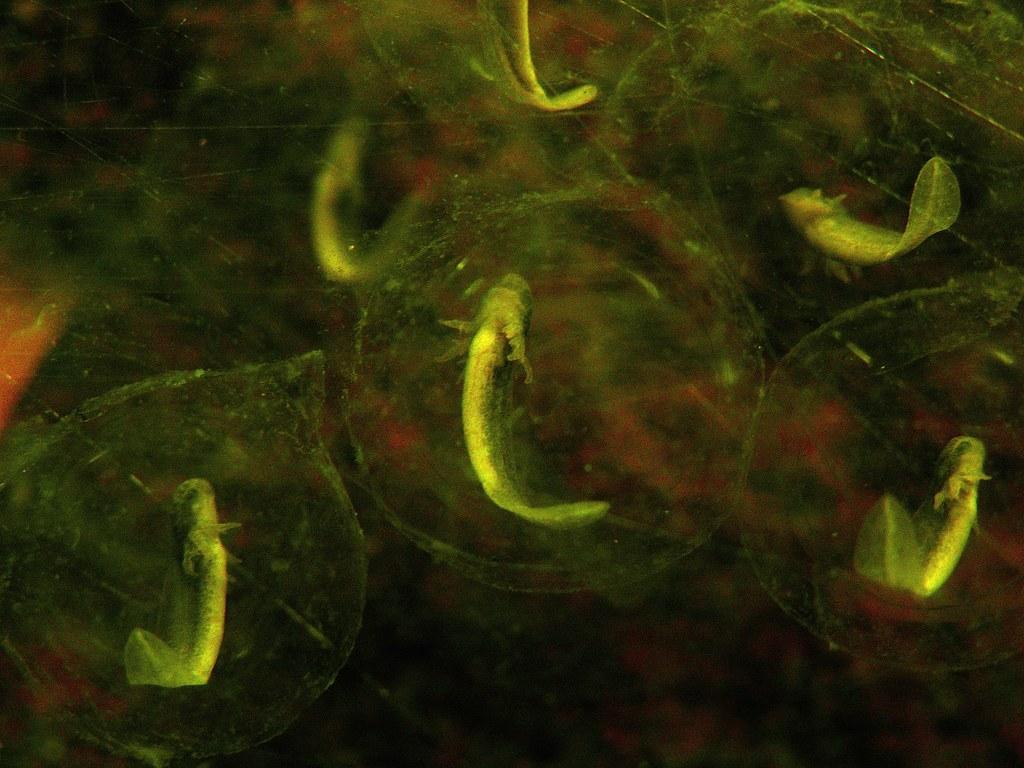 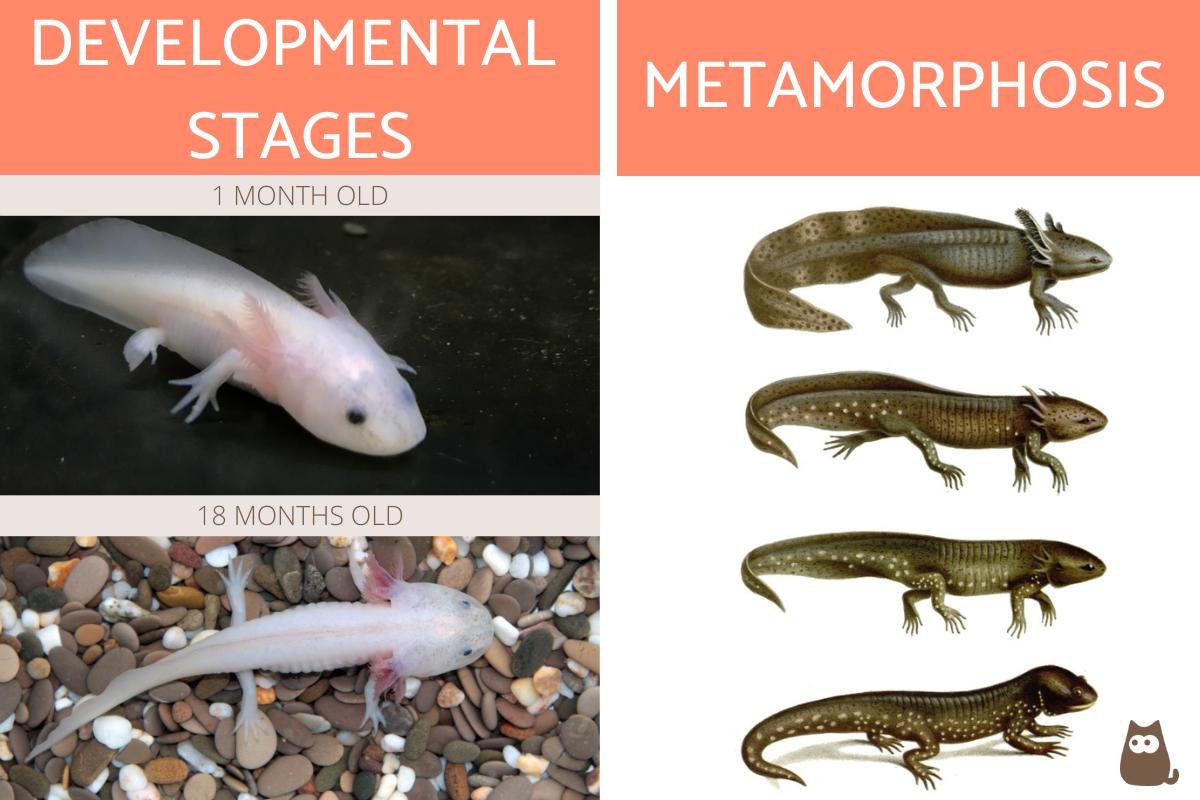 1 of 3
Axolotl Reproduction
Back to top