What do Axolotls Eat? - Feeding and Fun Facts

Sometimes known as a Mexican salamander or Mexican walking fish, the axolotl is an amphibian which has grown in popularity thanks in part to its adorableness. Memes and viral videos may have started the ball rolling, but genuine interest has followed suit. Unfortunately, such interest is a double edged sword. While heightened popularity has raised awareness for its waning population, it has also led to many looking to have axolotls as exotic pets.

AnimalWised looks at what do axolotls eat by looking at their diet in the wild and captivity. We also look at fun facts about these incredible creatures and discuss whether you can have an axolotl as a pet. Keep reading to find out all you need to know.

You may also be interested in: What Do Jellyfish Eat?
Contents

Characteristics of the axolotl

Although it may look like a tadpole which never properly grew up, the axolotl (Ambystoma mexicanum) is a curious species of amphibian in its own right. They are neotenic, meaning they have physical characteristics of younger individuals in their species although they may be in the adult stage. Endemic to the Valley of Mexico basin, they have been in critical danger of extinction since at least 2006.

Lake Xochimilco in Mexico City is an ancient lake which has been very important to the indigenous population of Mexico. More recently it has become a large recreational space and tourist attraction where colorful boats wade up and down with festivities happening on-board. Unfortunately for the axolotl, this has helped to severely decrease their wild population numbers. The introduction of predatory fish has also been a contributing factor. However, conservationists have implemented refuges and other schemes to help bolster their numbers once again.

In the wild, this amphibian mainly lives in deep waters where there is abundant vegetation, but occasionally surfaces for air. In captivity, the axolotl is relatively abundant[1]. This is, in part, due to their extensive use in research as they have the ability to regenerate body parts. The hope has always been understanding this ability will help humans to one day do the same[2].

The axolotl is easily distinguished by its peculiar (and adorable) physical characteristics:

In the wild, the color of axolotls can vary between brown, green and gray, often having specks of darker colors. In captivity, we can find clear and albino variations such as the pink or golden axolotl.

Finally, regarding reproduction of the axolotl, they become sexually mature around the age of 12 to 18 months. Once a year, females lay around 100 to 300 eggs and attach them to rocks or aquatic vegetation. The offspring are born between 10 and 14 days later and begin their life without the assistance of their parents.

Can you have a pet axolotl?

As with many animal species we keep as pets, some require less expert care than others. This isn't to say all pets don't need love and attention, but some companion animals have specific requirements to which not everyone is able to cater. You can have an axolotl as a pet, but they are not for everyone. Considered an exotic pet, they have a delicate physiology which means their environment needs to be carefully controlled.

There are some general guidelines which can help us looking after an axolotl. They are designed to help us look after these amphibians without causing damage to their delicate skin and very sensitive gills (without the latter they will not be able to breathe). These guidelines include:

The axolotl is a wonderful pet, especially as they can be so adorable. However, they are not for someone who wants interaction, nor are they suitable for those who don't have the time or resources for their upkeep. They are also not legal everywhere, so you will need to check before you purchase one. If you buy them in a region where they are illegal, you will be supporting bad practices which may not protect the animal's best interests.

The axolotl is an amphibian with a carnivorous diet. Their teeth allow them to grab their food, but not to tear or chew it. This means they have to swallow their food whole. When they spot their prey in the wild, the axolotl opens their mouth to very wide dimensions and sucks in water along with their food.

Their food can be differentiated by live and dry types:

In a supplementary capacity, you should also offer the axolotl pieces of cooked meat such as chicken, chicken liver or beef. Although these animals can handle fasting for up to weeks at a time, it is recommended you feed them at least once or twice a week.

10 Fun facts about the axolotl

While we have provided some practical information about how to care for a pet axolotl, there is much more to this incredible creature in the wild. Here are some interesting facts about the axolotl in case you want to know a little more:

If you have any of your own interesting facts about axolotls, please feel free to leave us a comment below to share with the community. 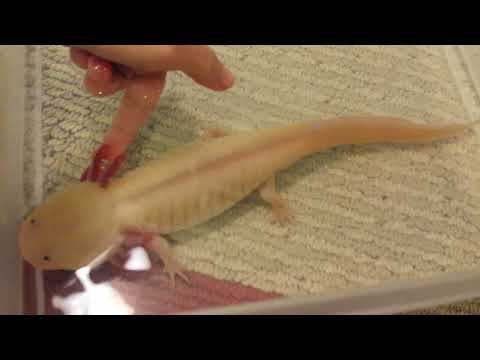 If you want to read similar articles to What do Axolotls Eat? - Feeding and Fun Facts, we recommend you visit our Healthy diets category.

What do Frogs Eat? - Feeding Pet Frogs
What do Starfish Eat? - Starfish Diet
What do hamsters eat?
What Do Baby Birds Eat? - Feeding Chicks
Related categories
Diets to lose weightDiets to gain weightHomemade dietsLactationDiet problems
Most read
1.
Why Does My Dog Only Eat Once a Day?
2.
What is the Best Diet for a German Shepherd Puppy?
3.
Tortoise Food List - What They Can and Can't Eat
4.
How Much Food Should I Feed My Cat?
5.
How to Cook Chicken for Cats
6.
How Much Food Should You Give Your Dog?
7.
What to Feed a 1 Month Old Kitten - Bottle Feeding and Amount
8.
My Dog is Too Skinny But Still Eats a Lot
What Do Hyenas Eat?
What Do Frog Tadpoles Eat?
What Do Rats Eat in The Wild? - Rat Diet
What Do Cockroaches Eat?
What Do Rattlesnakes Feed On?
What Do Opossums Eat? - Baby and Adult
What to Feed a Pet Hedgehog
What Do Zebras Eat?

2 comments
Rating:
Haylee Croft
20/05/2020
Im really confused about what to feed my axolotl because it says like worms and larva and dried shrimp can it eat all of those and how much do I feed it a day

Administrador AnimalWised
20/11/2019
Thank you so much, we are glad you found it useful!
What do Axolotls Eat? - Feeding and Fun Facts 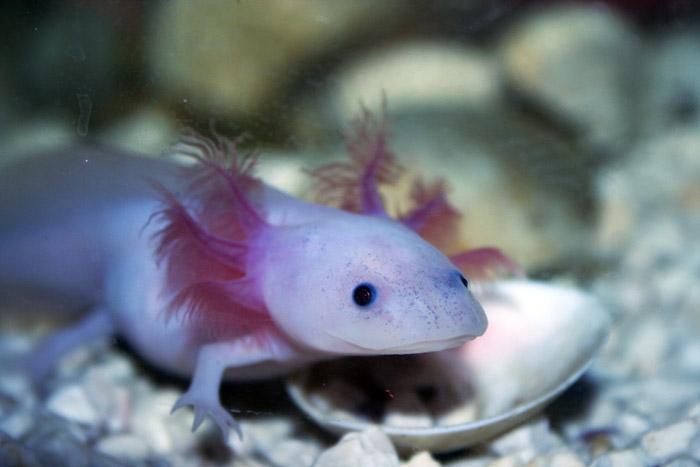 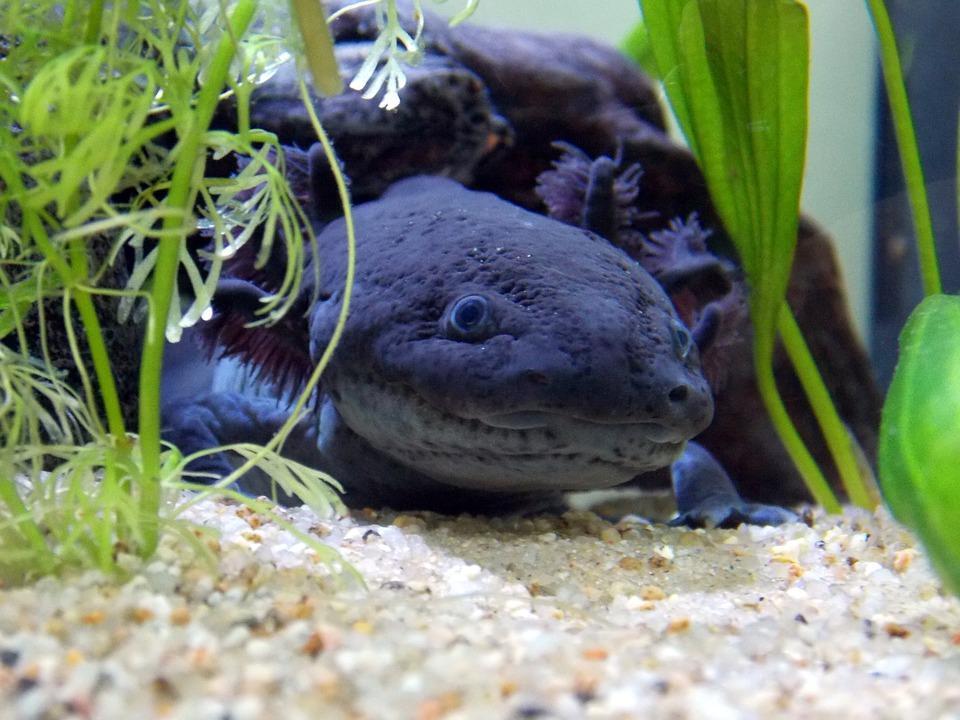 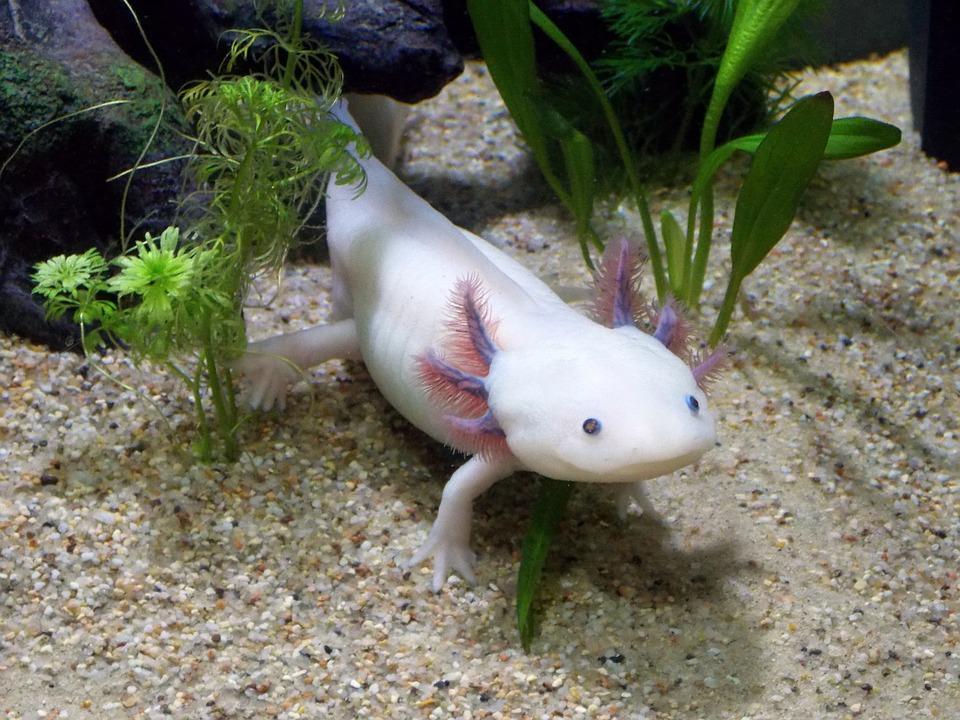 1 of 3
What do Axolotls Eat? - Feeding and Fun Facts
Back to top