Why is There Blood Coming Out of My Dog's Nose?

Nosebleeds in dogs can be very worrying, especially if we are not around to see the cause. Scientifically known as ‘epistaxis’, nosebleeds occur when blood drips from the nostrils. This could be due to blunt trauma or due to some internal issue such as inflammation. Most people will have experienced a nosebleed sometime growing. You may have fallen off a swing, taken a punch or even experienced one after an excessive bout of sneezing. Most humans will be able to provide some sort of context to explain their nosebleed. But if you ask why is there blood coming out of my dog's nose?, it is unlikely they will be able to answer yourself. This is why AnimalWised takes up the reins and helps instruct on the cause of nosebleeds in dogs. In doing so, we can also find ways to try to prevent them.

You may also be interested in: Why Is My Dog Snoring?
Contents

There infections which may affect the nasal and or oral areas of your dog. The inside of the nostrils are covered in something known as mucosa. They are usually well irrigated, but infections can cuse them to rupture. This is part because the nostrils have more blood vessels than other parts of the body and the sensitivity of the mucosa makes bleeding in this area more common. Bacterial, viral or fungal infections can lead to hemorrhaging as they weaken the integrity of these blood vessels. They can also dry out the nose, making it easier to crack and bleed. This can be exacerbated by trauma such as that caused by sneezing when the dog's immunity is trying to fight the pathogens.

These infections may explain why a dog has a nosebleed, but we need to be careful. If you hear your dog making noises when breathing, then it is possible the blood is causing a blockage. This difficulty breathing will usually be taken care of by the dog themselves. They may snort or sneeze out the blood of their own accord. You may also be able to help them by tilting their head forward. Unfortunately, if a dog is having a nosebleed due to infection, their weakened state may make this difficult. It is always a good idea to keep an eye on your dog if you notice something uncommon such as a nosebleed.

A nosebleed may not necessarily start from the nostrils. It is possible that a problem in the mouth has lead to blood dripping from the nose. For example, a dental abscess might grown in the mouth, but later break into the nasal cavity. If this occurs it can create an oronasal fistula where the blood builds up and then bleeds from the nose. Most nosebleeds will be unilateral, meaning they only happen in the one nostril. This is particularly the case with an oronasal fistula. These types of infections can be serious, so procuring a diagnosis from a veterinarian is imperative.

Another common cause of nosebleeds in dogs is the presence of foreign bodies. In these cases, you will likely see your dog sneezing at the same time as a nosebleed. A foreign body is simply something which shouldn't be there. In children (and even many adults) this may be their own finger, something which is a common cause of nosebleeds. In dogs, they may not be able to put a finger in there. However, there are many ways something may enter their nasal cavity. They may include:

There are many more and, essentially, anything which can fit in a dog's nostril may cause a nosebleed. The presence of a foreign body irritates the mucosa and often causes a dog to rub their nose against a surface or try to remove it with their paws. This is usually in an attempt to alleviate their discomfort. This action along with sneezing and any rough edges of the foreign body can lead to nosebleeds. If we are able to see the foreign body and it is easy enough to remove, we can do it ourselves and provide some first aid. If it looks as if it is lodged in the nasal cavity, we may need to take the dog to a vert for professional assistance.

If we observe a lump in the dog's nose, we should consult a vet. It is possible it is a polyp or nasal tumor. They not only cause nosebleeds, but they can obstruct the passage of air and can lead to serious conditions such as cancer. Tumors in the nose are more common in older dogs. You will likely see nasal discharge or observe that the blood and mucus are mixed. Polyps, which are not cancerous, may return. The prognosis of nasal tumors in dogs depends on whether they are benign or malignant. A vet will be able to determine this, usually through a biopsy.

By trauma, we refer to hitting the nose or being hit on the nose. This could be from many sources. Abusive dog owners might hit their dog on the nose when scolding them. Done hard enough, this can lead to a nosebleed. A dog may be hit by anything. In cities or built up areas, being hit by a vehicle is something dog owners need to be vigilant about. If a dog is hit by a car, it is probably they may have an injury such as a nosebleed (and hopefully not broken bones).

Working dogs may also receive trauma to their nose if they interact with machinery or equipment during the job. However, it is possible for dogs to cause bodily trauma of their own accord. While a dog's instincts are usually top quality, they can still get overexcited and make mistakes. As dogs are fast animals, running into a door or wall might happen if they are not careful. The resulting nosebleed will likely cause them to be more careful in the future.

A coagulopathy is the scientific term for a bleeding disorder, i.e. a problem in how the bleeding occurs. Specifically in how blood clots. Blood coagulates (the term for blood clotting) for many reasons, one of them being to stop bleeding around a wound. In order for coagulation to take place there needs to be a series of elements present in the blood. When one of them is missing, clotting may not occur which can lead to hemorrhaging.

Sometimes this deficiency can be caused by poisoning. For example, some rodenticides prevent a dog from processing vitamin K. This is an essential substance for proper coagulation. Without it, a dog may experience nosebleeds, rectal bleeding, vomiting blood, excessive bruising, etc. These cases would be considered veterinary emergencies.

Sometimes these bleeding disorders are genetically inherited as with von Willebrand disease. This condition, which can affect both males and females, cause platelets to function improperly. This can manifest itself in nosebleeds, gingivitis or even blood in feces or urine. These hemorrhages do not necessarily get worse and can lessen over time.

Hemophilia also affects blood clotting. This disease, however, only manifests itself in males. Other less common blood thinning disorders are also possible. These conditions can only be diagnosed with blood tests. If hemorrhaging occurs, blood transfusions will likely be required.

Finally, there is a hemorrhagic disorder which is acquired, not hereditary. It is called disseminated intravascular coagulation (DIC) and can appear due to infections, heat stroke, toxic shock and more. This will manifest itself in the form of nosebleeds, mouth bleeding, gastrointestinal issues or even multiorgan failure. This is a serious condition and needs appropriate diagnosis and treatment by a veterinarian.

If you want to read similar articles to Why is There Blood Coming Out of My Dog's Nose?, we recommend you visit our Other health problems category.

My Cat Is Coughing Up Blood
Low Platelets in Dogs - Causes, Symptoms and Treatment
Why Does My Dog Vomit Blood?
My Cat Is Throwing Up Blood
Related categories
Hereditary diseasesNeurological diseasesViral diseasesVaccinationMental problemsReproductive system diseases
Most read
1.
What to Do if My Dog has Something Stuck in his Throat?
2.
My Dog Is Bleeding from His Penis
3.
My Dog Keeps Licking Her Private Area - All Possible Reasons
4.
My Dog Has Pus Coming From His Penis
5.
Why Does My Cat Push Out His Penis and Lick It?
6.
My Cat Has Liquid Coming From Their Anus
7.
My Dog's Poop Starts Solid Then Goes Soft
8.
My Dog Keeps Making a Gulping Sound
Why is my Cat Urinating Blood?
Is it Bad if my Dog's Nose is Cold?
My Dog Is Bleeding From Their Mouth
Why Is My Rabbit's Urine Red?
Why Is My Dog Bleeding From Its Anus? - Causes
Why Does My Dog Scratch their Nose so Much?
My Dog Keeps Sticking Their Tongue Out
Is it Normal for a Cat to Have a Dry Nose?

Why is There Blood Coming Out of My Dog's Nose? 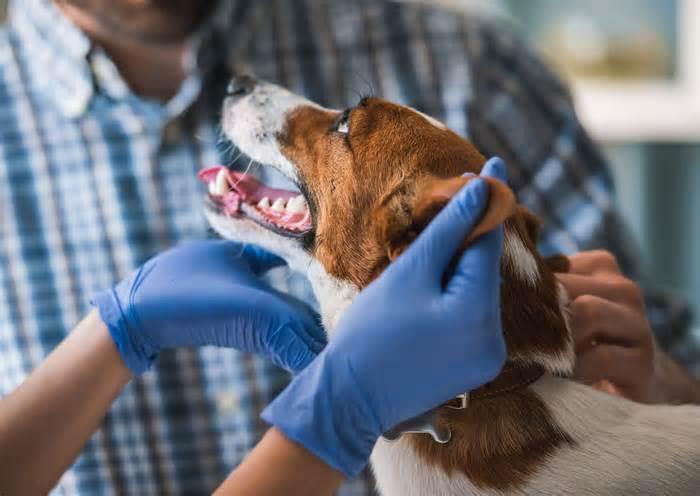 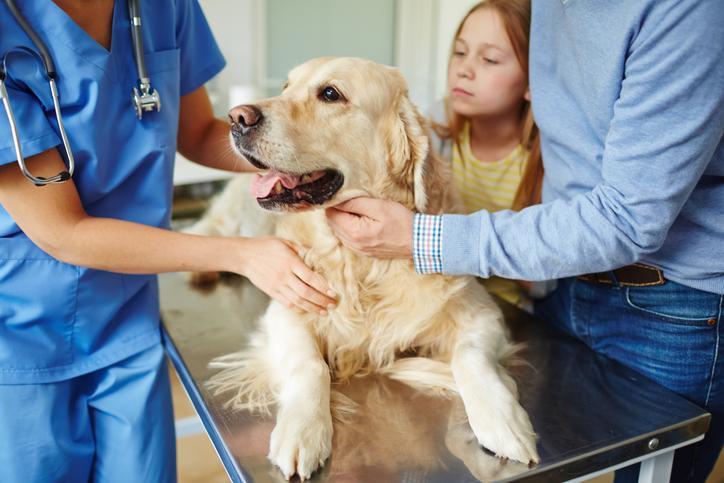 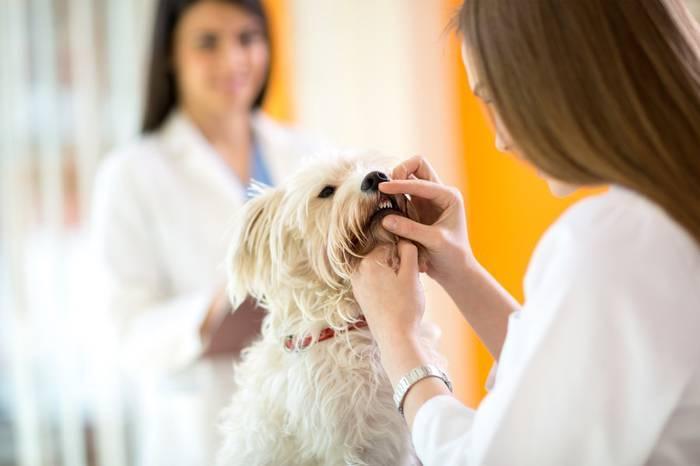 1 of 3
Why is There Blood Coming Out of My Dog's Nose?
Back to top