We group dogs into breeds because they share certain characteristics and traits, most of which have been crossbred to possess them. These traits can be behavioral traits, especially for working dogs. Many breeds were bred for their physical characteristics. Some people like to have adopt large dog, others small. Some prefer them to have long ears, others short. Coat color is a common trait we want to encourage. Some of the most beautiful colors can be seen on a dog's coat. While we may not think of brown as being the most exciting color, the various tones of brown on dogs are really some of the most beautiful nature has to offer.

See for your self with AnimalWised's list of 15+ brown dog breeds. We share both large and small brown dogs, providing information on their character and photos so you can see these beautiful dogs for yourself.

You may also be interested in: Types of Gray Dogs - Large, Medium and Small Breeds
Contents

To some, the first brown dog breed on our list is the quintessential canine. Physically, they have different shades of brown with a saddle and mask of black patches. However, there are different types of German Shepherds, including an all-black variety. The majority have tan brown markings. They are medium to large in size and have a beauty to them which makes them highly prized as a companion animal.

Their popularity is not only limited to looks. As their name implies, German Shepherds have been used as herding dogs in their early stages of breed development. They are now still employed as working dogs, but it is much more likely to see them employed in police forces, security and even military capacities. This is because the dog is not only very eager to learn, but they are highly intelligent and able to carry out their training very effectively.

Despite the close bonds they have with their family, they can be wary around strangers. This is a brown dog breed that needs appropriate socialization and a family that can handle the training German Shepherds require.

Our next brown dog is a solid color and can be of various shades of brown, with even the black type being essentially a very dark brown. The Chow Chow has a famously fluffy appearance, making them a dog breed which resembles a bear. They are also noted for a rare trait in any dog breed, a dark-pigmented tongue which appears to be blue, purple or even black.

The Chow Chow originates in parts of Mongolia and China. Their popularity has increased greatly in recent years, not only thanks to their appearance, but because of their beautiful and loyal character. They have also been the subject of many myths and legends, giving them a somewhat magical aura to some.

If we were to ask you to name a white fluffy dog breed, the Poodle might be one of the first dogs to spring to mind. However, this dog breed can present in almost any color, with brown being one of the most common. They can have a lighter red/brown appearance or even a darker chocolate brown color. They can also be almost any color you can find in canines, although purebred Poodles do not have patterns.

Despite the fact people recognize them for their fluffy appearance, the Poodle is a highly intelligent dog and can even be used in working conditions. They create strong bonds with their family which make them the ideal companion animal. There are also various different types of Poodles, categorized mainly by size with some large brown dogs and some small brown dogs among them.

We continue this article on brown dog breeds with the Boxer, a relatively big brown dog breed. Some people are intimidated by their size, musculature and powerful jaw, but the truth is that Boxers are one of the most faithful and sociable breeds that exist.

At AnimalWised, we also want to highlight that boxers often had their tails and ears cut off, processes known as docking and cropping, respectively. Currently this practice is prohibited in most countries, but not in others. It also depends on the region as some states in the US have legislation against it, while others do not. This process is both cruel and unnecessary. Learn why in our article on ear cropping and tail docking in dogs.

It is probably one of the funniest brown dog breeds that we are going to find. Their small size and stature give them a comical appearance, but they have a very affectionate character and are quite social. They will not give us problems when it comes to homing them with other people or animals. The Dachshund has a short, harsh coat and all of its established colors are variations of dark brown, even if they look black and tan.

Find our more with our article on the different types of Dachshund.

While the Dachshund is a small canine, the German Shorthaired Pointer is a large brown dog breed with a powerful bearing. Although they are just as cute as the Dachshund, they stand out for their agility and grace, something which is lacking in the former's stubby stance.

This breed is also known for their very keen sense of smell, making them excellent dogs for hunting. They can also be used in security and other working environments. They can be solid brown or brown with small spots, in addition to other possible shades of black.

One of the most outstanding characteristics of these brown dogs is the position of their tail, which is always erect. In addition, they also have medium and drooping ears. They can present in solid brown, but they have other colors with black and tan being popular.

Find out more about this and other Teutonic breeds with our article on the most popular German dog breeds.

The Shiba Inu is a brown dog that originates from Japan. It is a very intelligent breed of, but they are also very shy. This can lead to problems with socialization, so it is important they live with families which can handle their behavior. They are also a breed which requires a lot of education and training beyond basic dog commands, so we need tutors who can meet these needs.

Although in this article we are talking about brown dog breeds, we cannot ignore the peculiar curled tail of the Shiba Inu. In addition, despite the fact they normally present in brown, regardless of the color tone, we can also find white or cream colored specimens.

This breed is often confused with another big brown dog breed. Learn more with our article on Shiba Inu vs. Akita Inu.

The Newfoundland dog is popularly known as the gentle giant due to their large body size, but also their great kindness. As we mentioned, this is a large brown dog breed and the largest breed on our list. Some can even weigh up to 100 kg/220 lb.

This breed of brown dog is ideal for children and homes, as they have a great sense of vigilance and are always on the alert. Despite their ability as a protector, they are a docile and affectionate dog that will make coexistence easy for us.

We could not finish this list of brown dog breeds without talking about the famous Labrador Retriever. This breed has different types categorized by their coat. They are associated with the color brown to the point they have a type named after it, specifically the Chocolate Lab. They are another quintessential companion dog with great capacity for love and a sensibility that will suit almost any family home.

Learn more with our guide to the different colors of Labrador Retriever.

Now that you have known the characteristics of some brown dog breeds, both large and small, we provide a final list of dogs which commonly have a brown coat:

If you have adopted a brown-coated dog into your family, you may be in the process of deciding what to call them. We can help with our extensive list of over 120 names for brown dogs.

If you want to read similar articles to Brown Dog Breeds - Large and Small, we recommend you visit our Comparisons category. 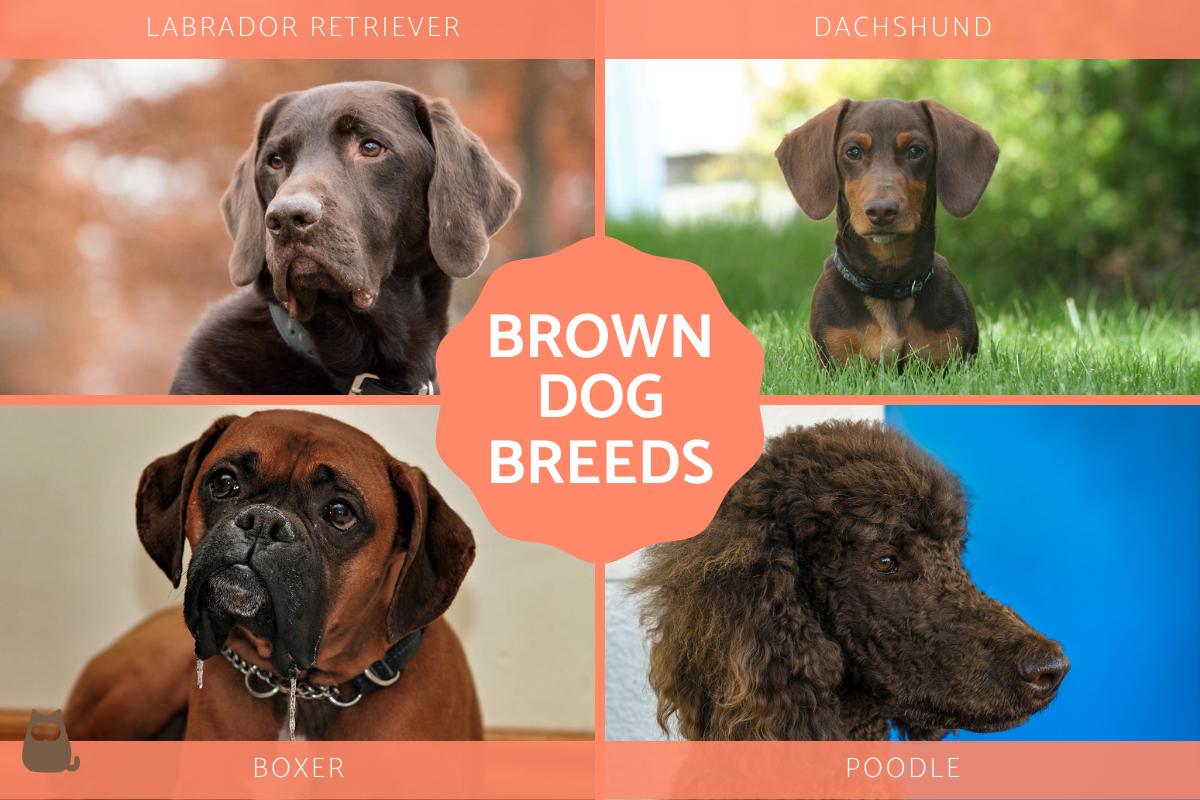 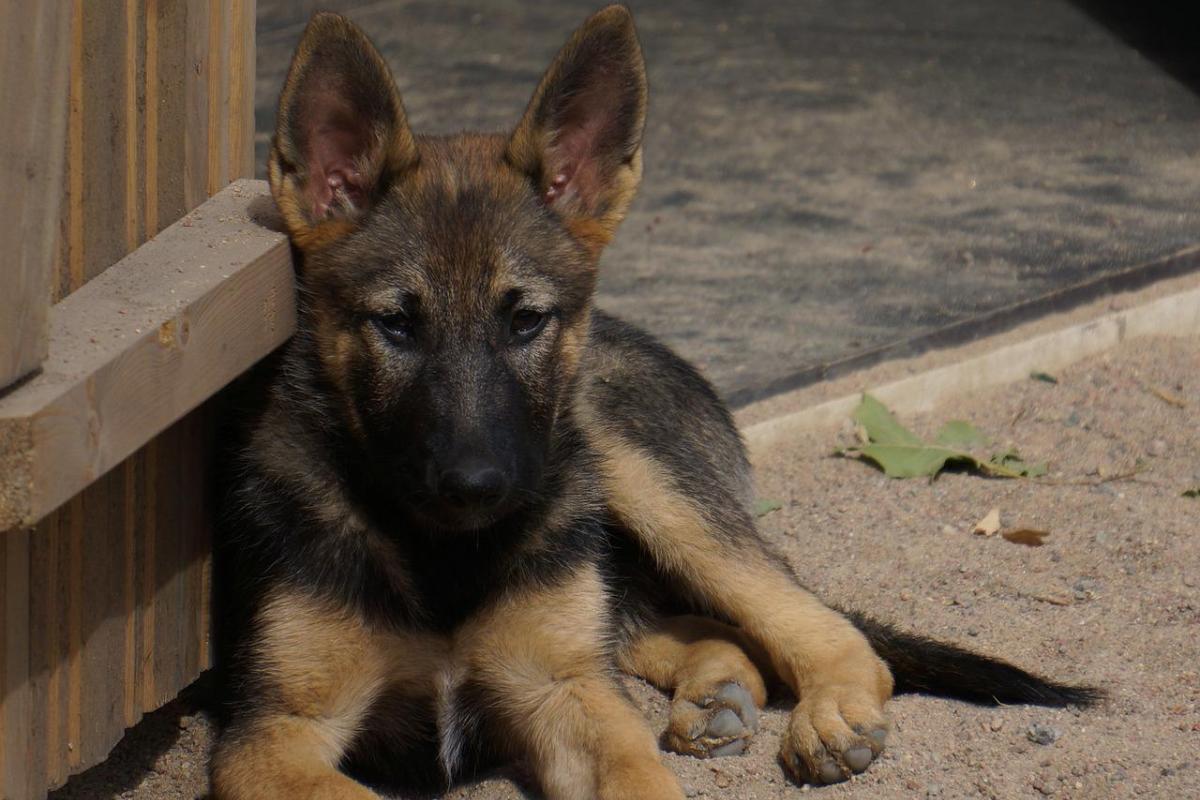 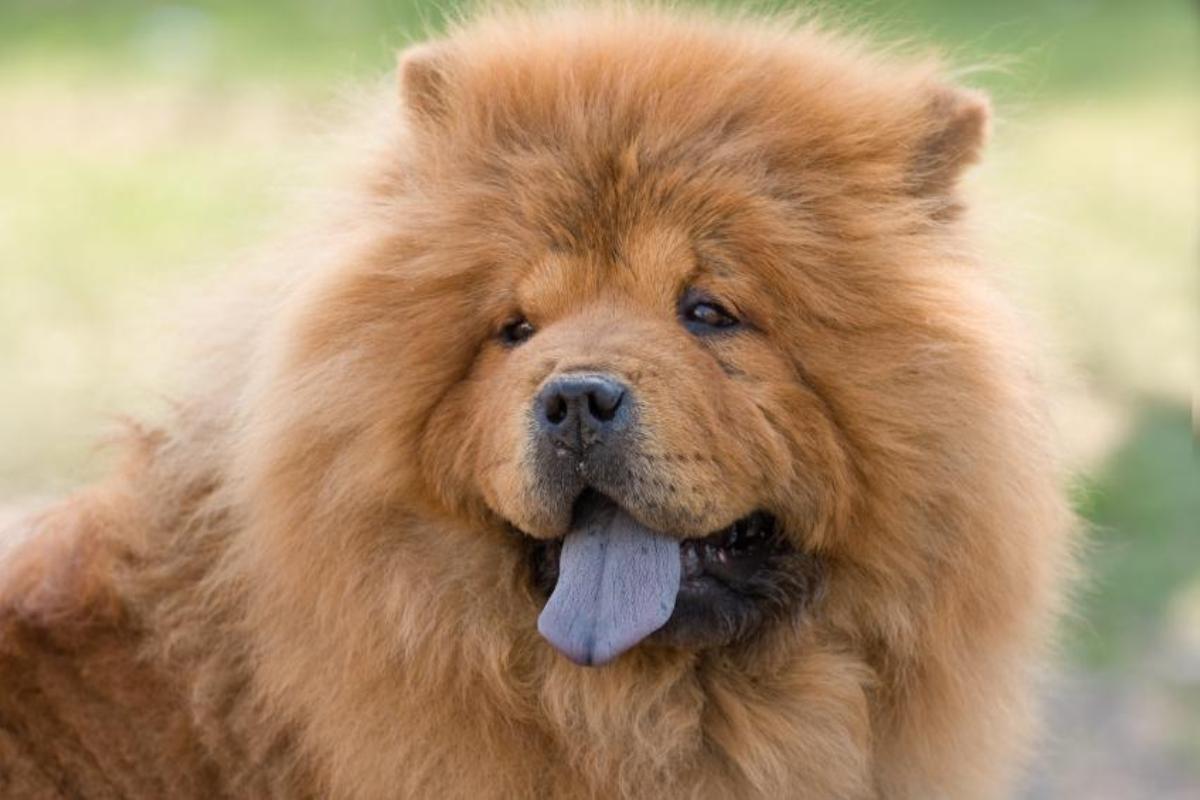 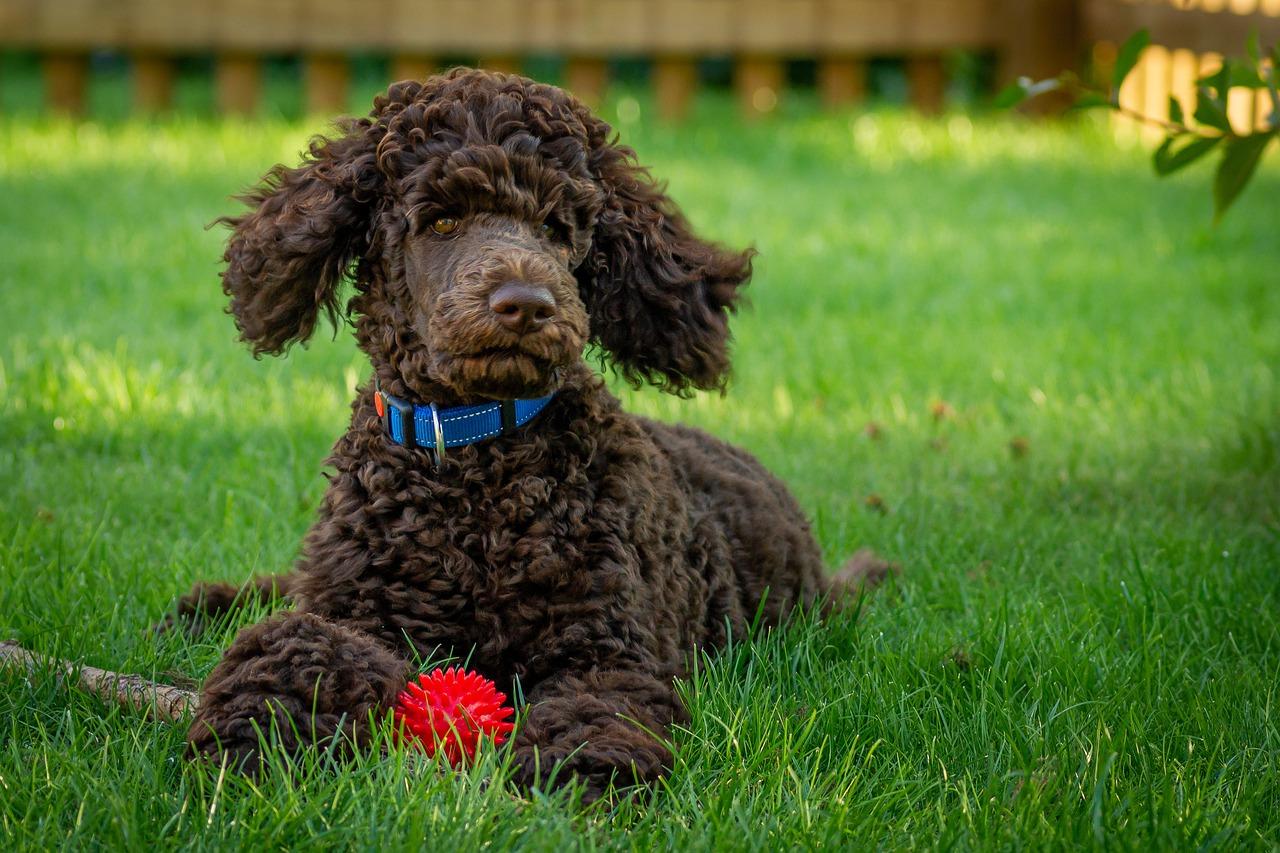 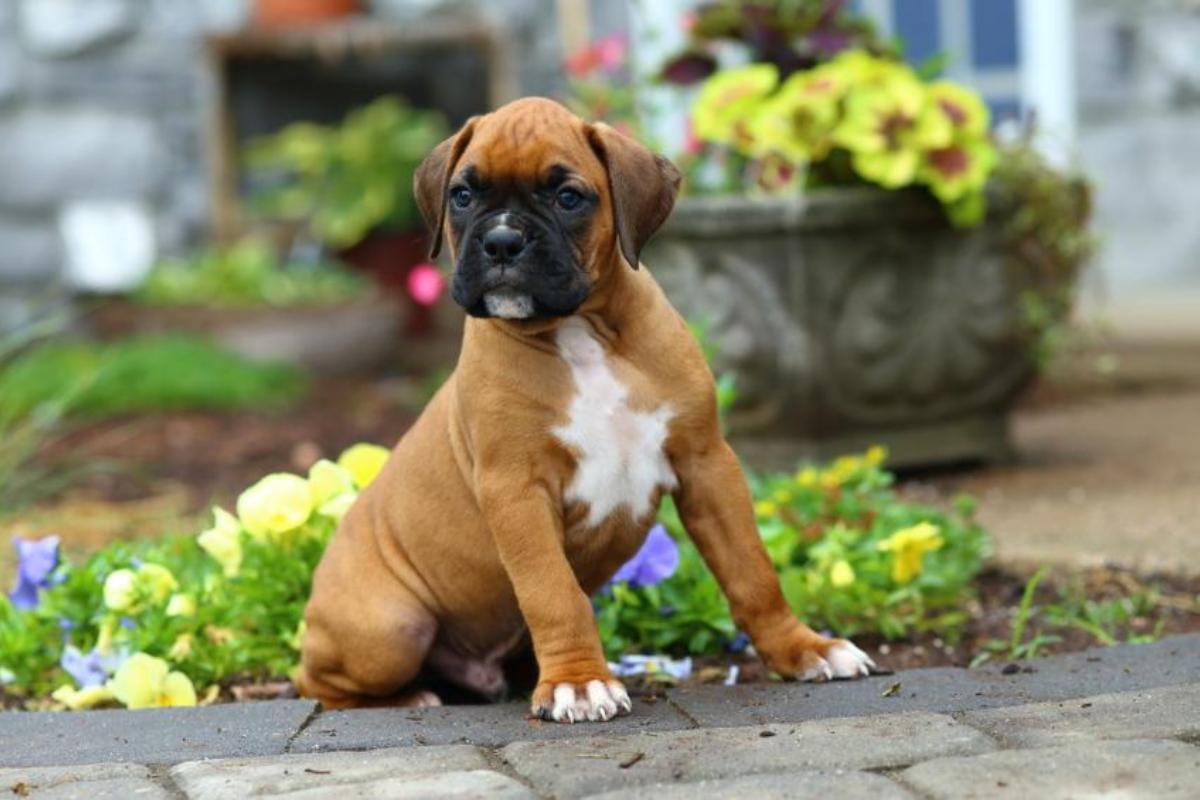 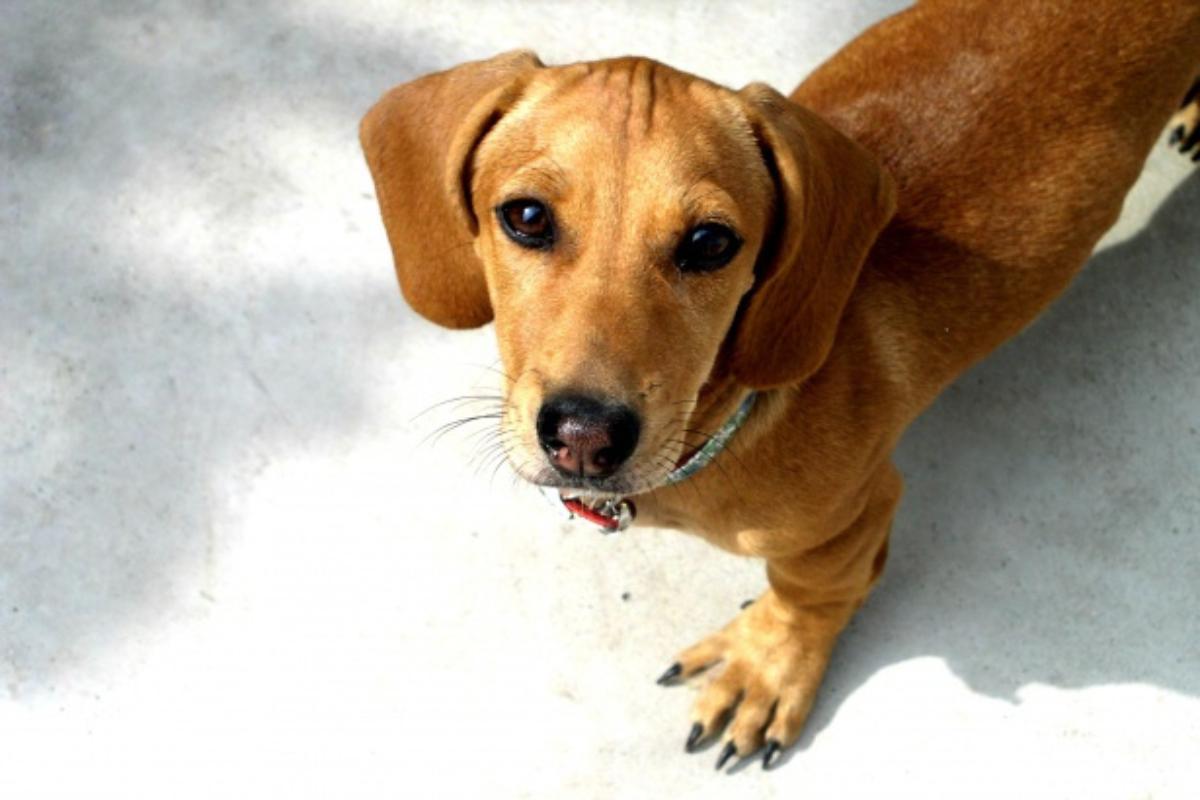 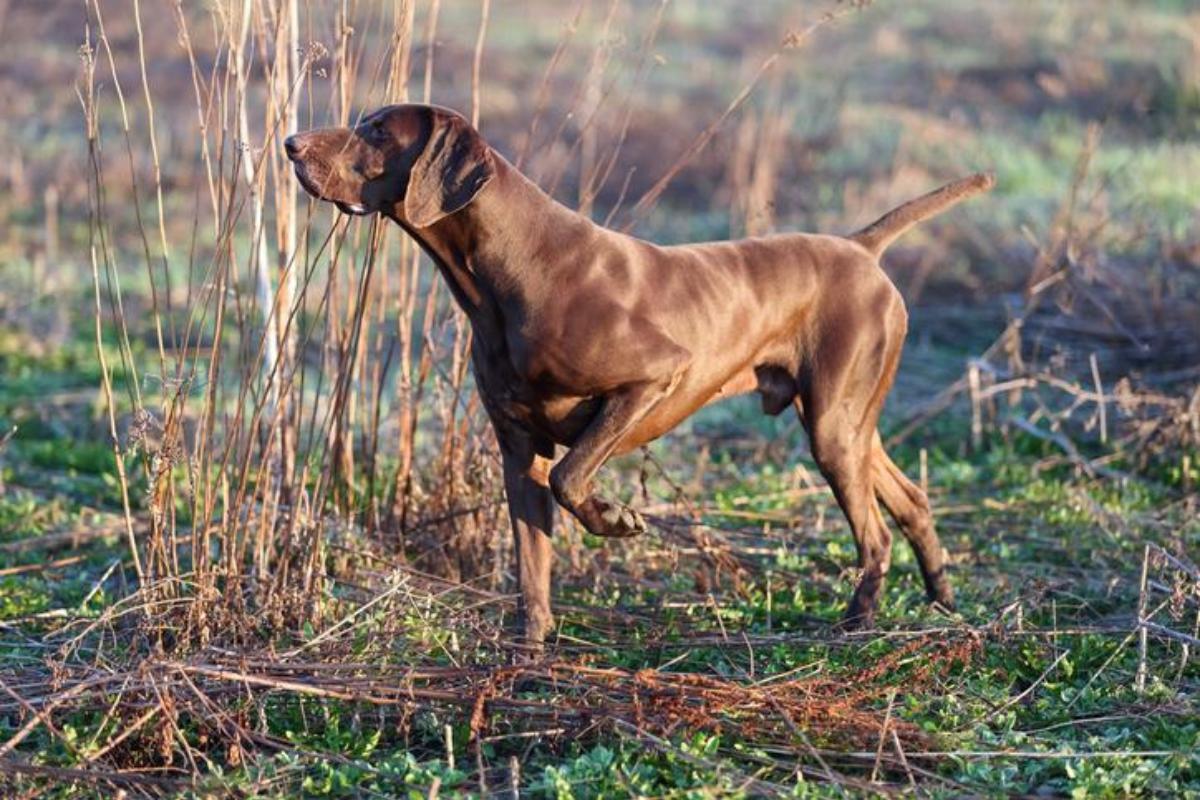 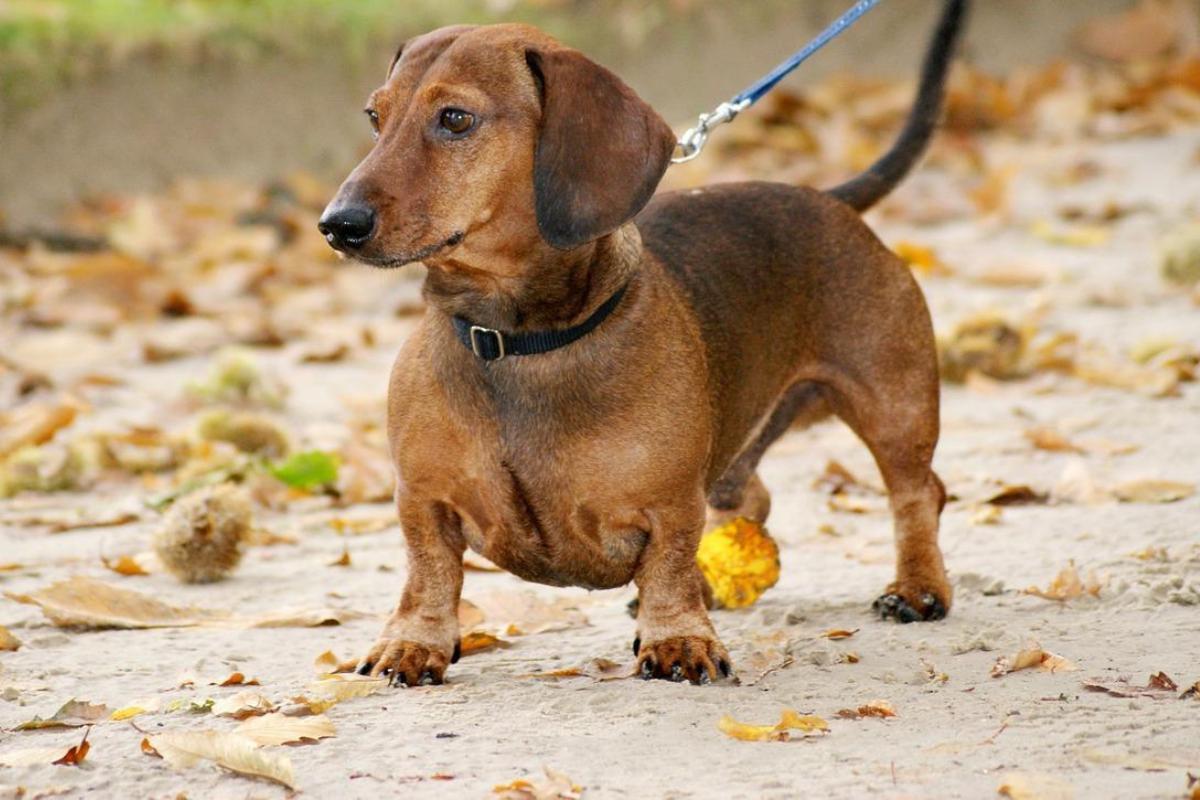 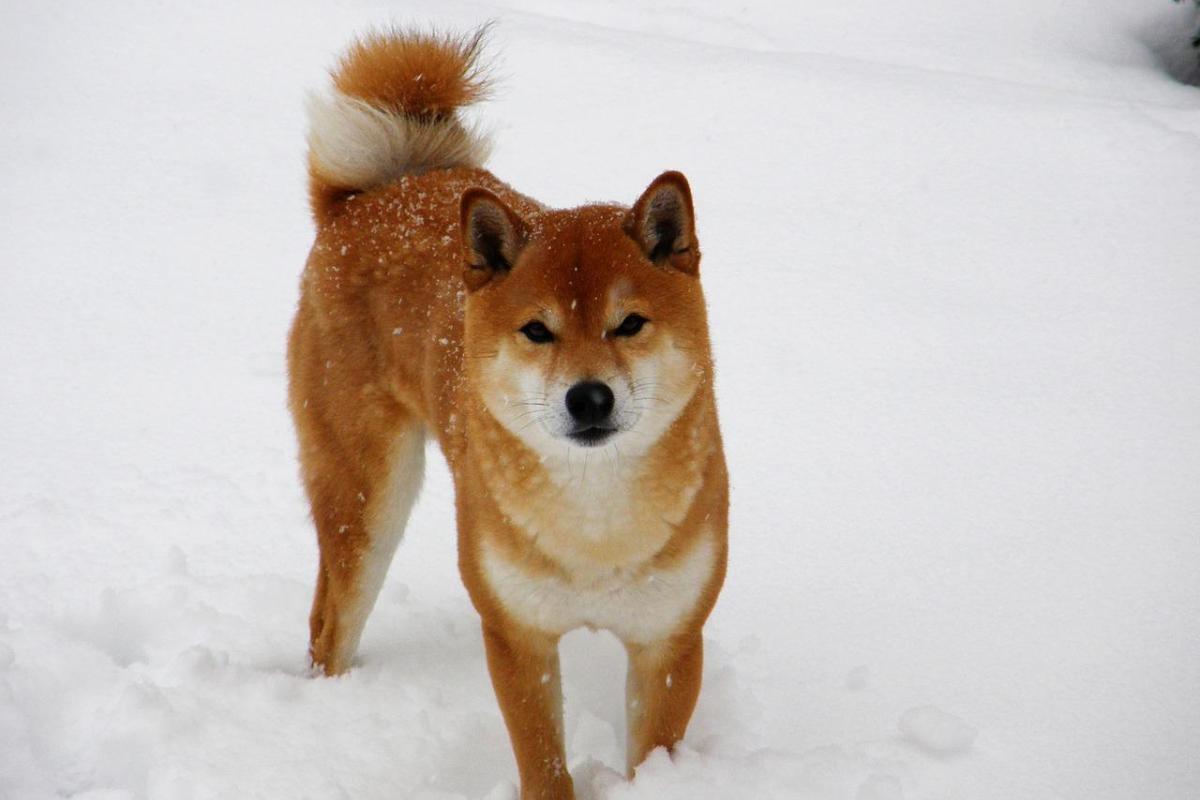 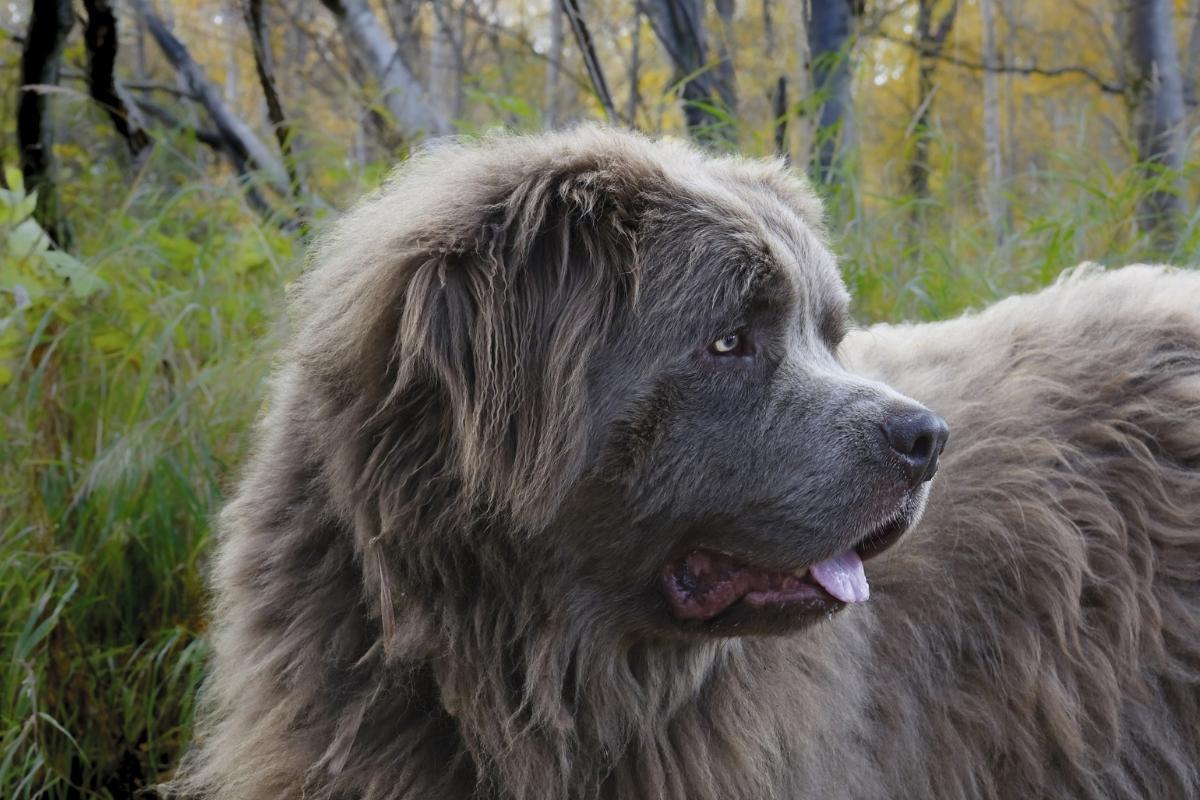 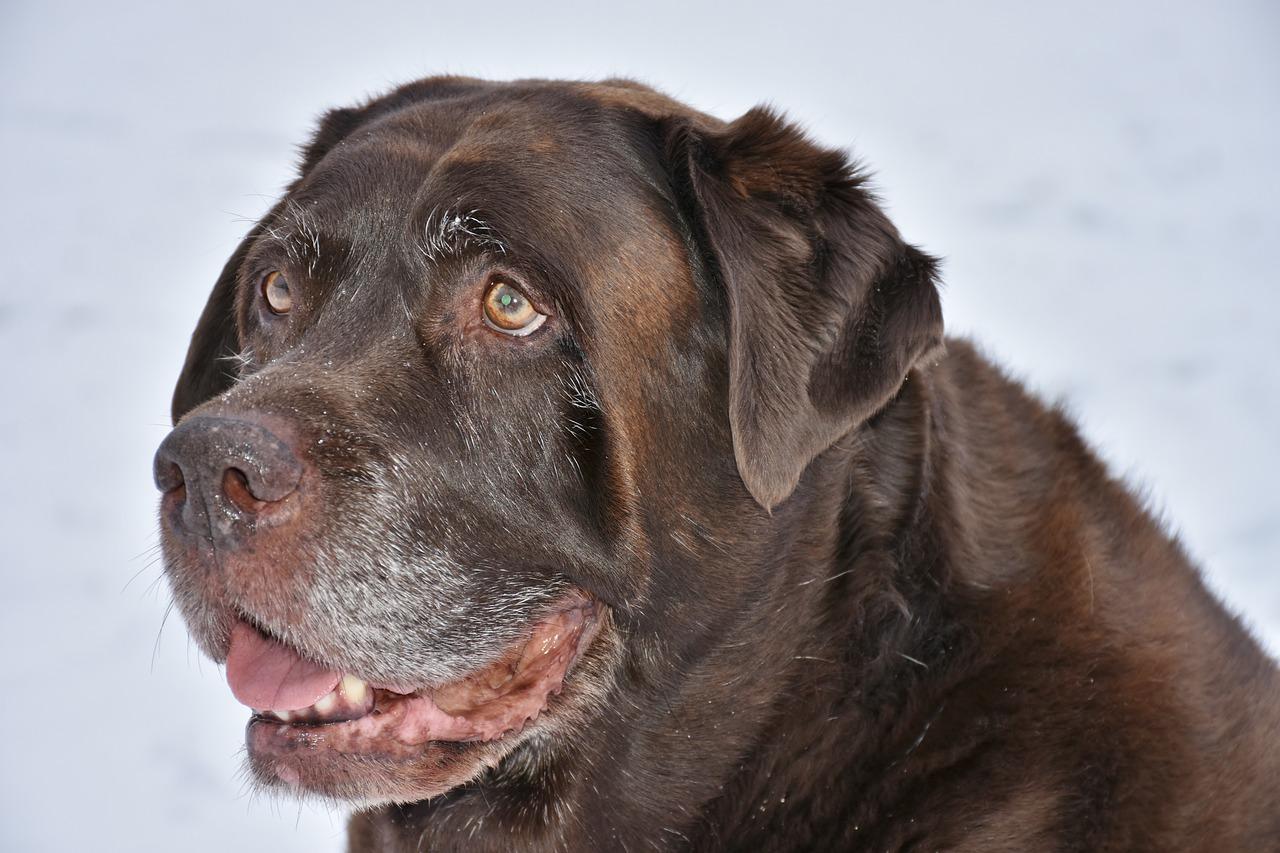