Types of Dachshunds and Wiener Dogs 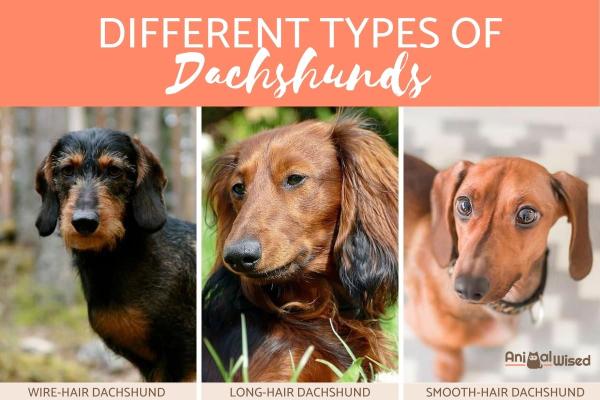 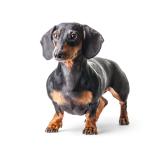 The Dachshund is also known by many other names. Due to their long shape, they are often referred to as wiener dogs in the USA or sausage dogs in the UK. There are various hypotheses about their exact origin, but it is generally considered they are a type of German dog breed. Their small size, short legs and long body was used as an advantage in hunting badgers and rabbits over 300 years ago. Being so close to the ground made them better trackers. Now they are more commonly a companion animal, but their retain their intelligence and resourcefulness.

Although there are characteristics which they share, there are different types of Dachshunds and Wiener dogs. According to official breed standard descriptions, Dachshund types are grouped according to size, hair type and color, something we reveal here in our AnimalWised list. We also provide photos to know what to look for.

You may also be interested in: Top 6 Short Haired Small Dog Breeds
Contents

How are Dachshunds grouped?

How a given breed is grouped will depend on the breed standardization used. While they usually assess the dogs similarly, there may be some differences in description between countries. Generally, most organizations will agree about the Dachshund being grouped via three different categories:

The first two break the Dachshund into the main categories, but the color of the coat is important. Each different type of Dachshund has sub-categories according to their color and pattern. While there may be Wiener dogs which have different coat patterns, not all are accepted by organizations such as the American Kennel Club (AKC) or the International Cynological Federation (FCI).

Below we explain the different Dachshund types in more detail. If you are thinking of adopting a Dachshund, we may also be able to help with our article on names for male and female Dachshunds.

Types of dachshund according to their size

There are no types of Dachshund which could be considered large in size. All of them are part of a relatively small breed. No Dachshund is likely to exceed 10 kg (22 lbs) in weight or 40 cm (c. 16") in length. However, there are some which are even smaller than others. In our first category, we look at types of Dachshund according to size:

This is the smallest specimen of all Dachshund types. They do not exceed 20 cm (8") in body length or 4 kg (8.8 llbs) in weight. They are known as the Kaninchen Dachshund in German, which translates to ‘rabbit’ Dachshund. The reason for this is because their small size allowed them to enter rabbit burrows and be a better rabbit tracker. Despite their small stature they are dynamic and agile.

A little larger than the Kaninchen Dachshund, the Miniature Dachshund is still very small. They do not reach more than 30 cm in length (11.8"). In addition, they usually weigh between 5 and 7 kg (11 - 15.4 lbs). Formerly they were used to retrieve injured animals during a hunt.

The largest type of Dachshund known, there have been individuals which have exceeded 14 kg (c.30 lbs) in weight. Their body length reaches 40-50 cm (15.7 - 19.7") and, in previous years, they were used to hunt larger animals, such as wild boar.

And if you are thinking of adopting a dog for your home, you may need a smaller dog such as the Dachshund. If you want some other potential choices, we encourage you to read this article on the best small dogs for children.

Types of Dachshund according to their hair

Depending on the length of the hair and its texture, the Dachshund can also be classified into three coat types. They are the Wire-haired Dachshund, the Short-haired Dachshund or the Long-haired dachshund. We look at how these different coat textures differ before looking at coat colors and patterns.

The likelihood is that the wire-haired Dchshund was created to protect the dogs from brush during the hunt. The type of dog with which the animal was bred to create this coat is not known, but it was likely some sort of wire-haired terrier. The coat has two layers, a softer undercoat with a long coarse outercoat, giving a rough appearance.

Whatever genetic lineage led to the creation of the Wire-haired Dachshund, there have been some repercussions. While there are health problems common to all types of Dachshund, the Wire-hair Dachshund is also susceptible to brittle bone disease (osteogenesis imperfecta).

The Long-hair Dachshund also has two layers of hair, the outermost being soft, shiny and long. However, the coat is longer on some parts of the body than others. These include the neck area, under the tail, the ears and the end of their extremities.

They are characterized by having short fur close to the body. It is very soft and smooth, but, at the same time, it is very strong. Some hypotheses support that these specimens were the first type of Dachshund to appear. It is thought most of the Dachshunds had these characteristics in ancient times, the remaining two groups not being developed until later.

Types of dachshund according to their coat color and pattern

There can be a great variety of shades in the dachshund's coat, since on many occasions there are combinations between reddish, yellowish, brown or black colors. However, these are some of the best known types that occur in the dachshund. We also look at the patterns which can occur in the Dachshund, some of which actually come with a warning.

As with the Single-color Dachshund, Bicolor Dachshunds can have red as their base color. However, the most common for two-colored Dachshunds is the black and tan we mentioned before. Long-haired Dachshunds are more likely to have multi-colored coats rather than only two.

The background is usually a dark color, such as reddish brown or black. On this one can distinguish lighter spots with usually white, gray or beige tones. Even so, there are many varieties and combinations, with darker spots on other occasions. This is also known as a harlequin pattern.

This type of Dachshund's name is due to the fact that the color of its fur is reminiscent of a dry leaf, as it has brown and black tones with different gradations of these colors throughout the body.

This specimen, which is usually limited to only the wire-haired specimens of this breed. They can present a grayish or black coloration, although sometimes they can be somewhat lighter. Thus, many Dachshunds with a whitish, reddish or light brown hue can be found.

This pattern is one which has a beautiful pattern which merges various colors. Some of them even have a bluish tone to them. However, some breeders have bred Dapple Dachshunds with other dogs of the same pattern. This leads to something known as double-dapple breeding and can cause serious health problems including blindness and deafness. For this reason, double-dapple dogs are exclude from the breed standard.

To both learn more about them and to see the Dachshund breed in action, take a look at our video below:

If you want to read similar articles to Types of Dachshunds and Wiener Dogs, we recommend you visit our Comparisons category.

Types of Dachshunds and Wiener Dogs 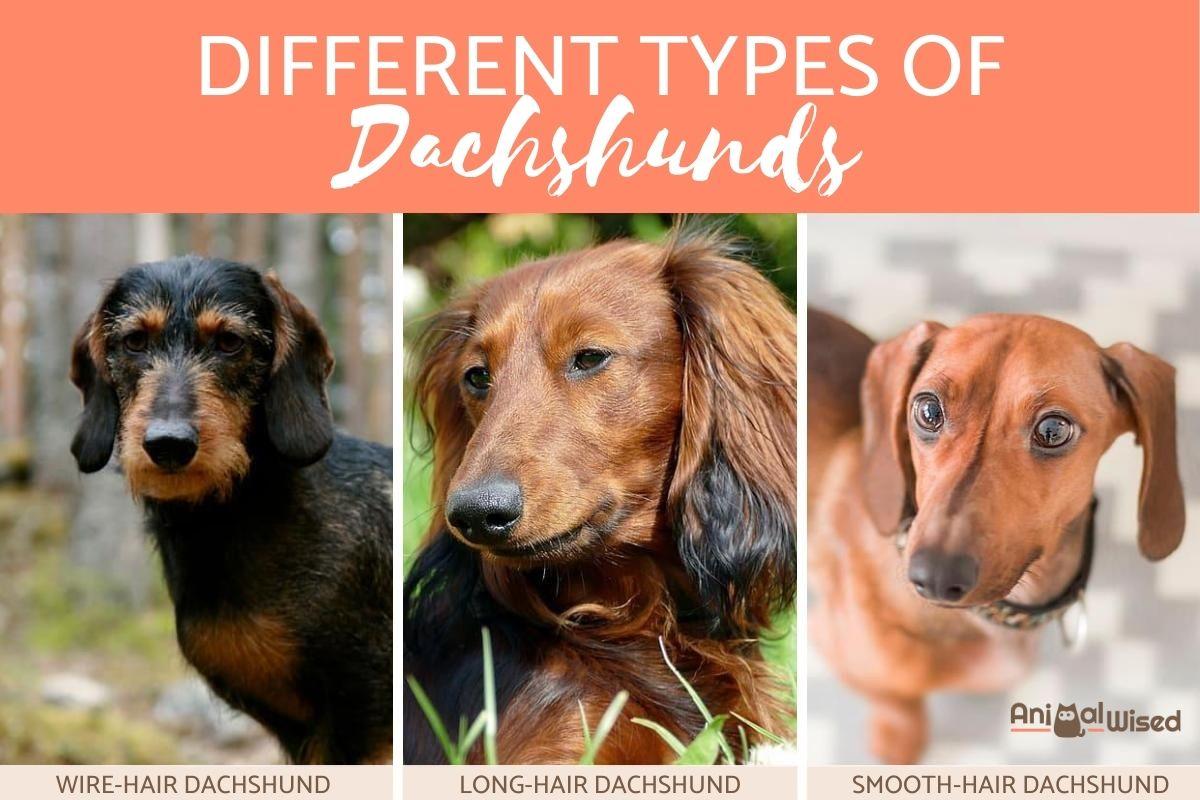 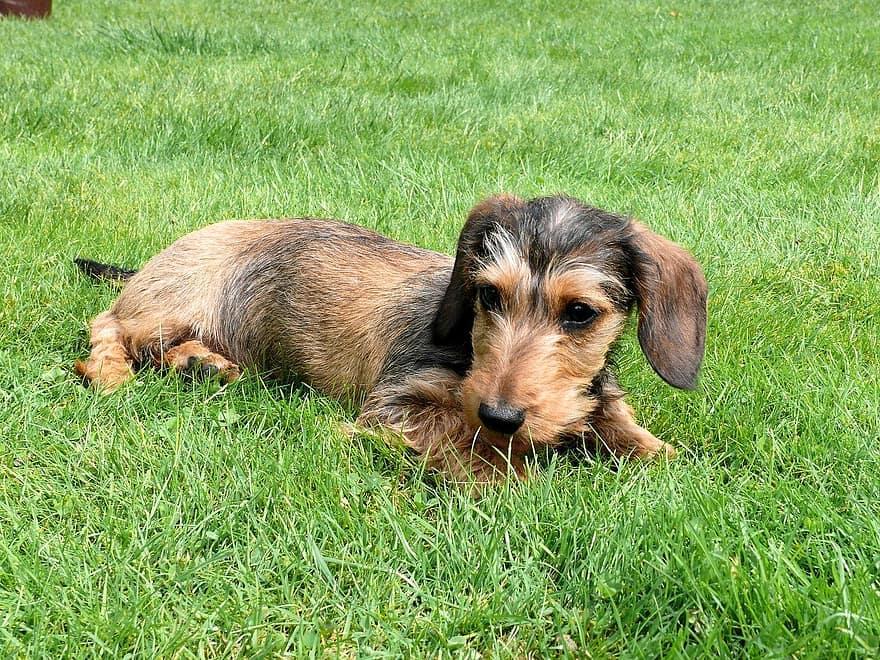 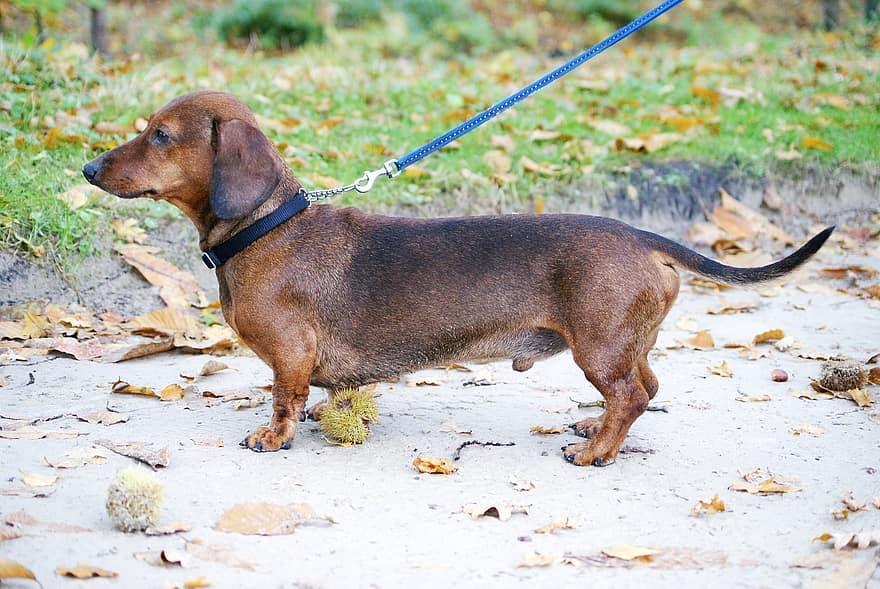 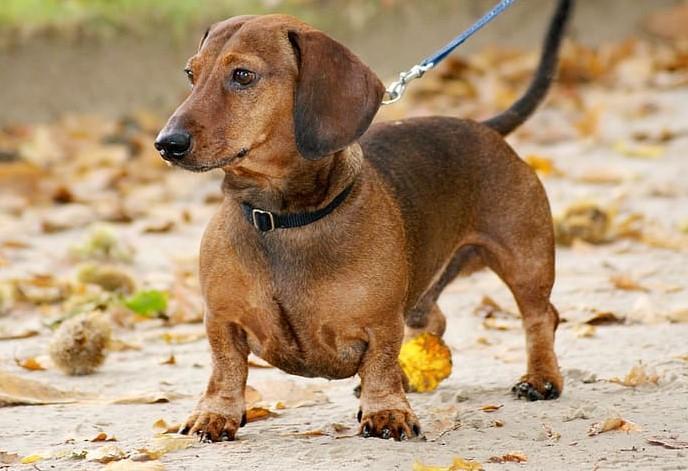 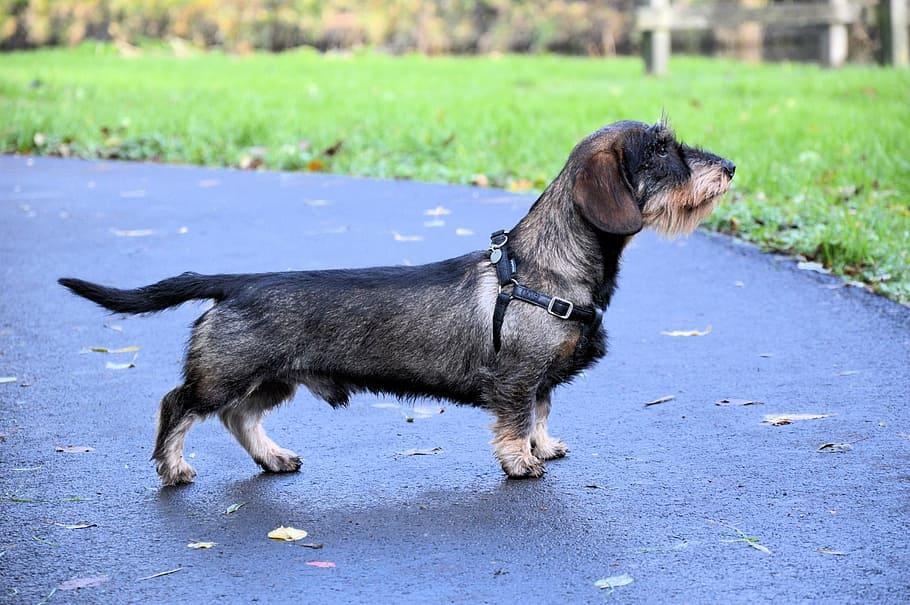 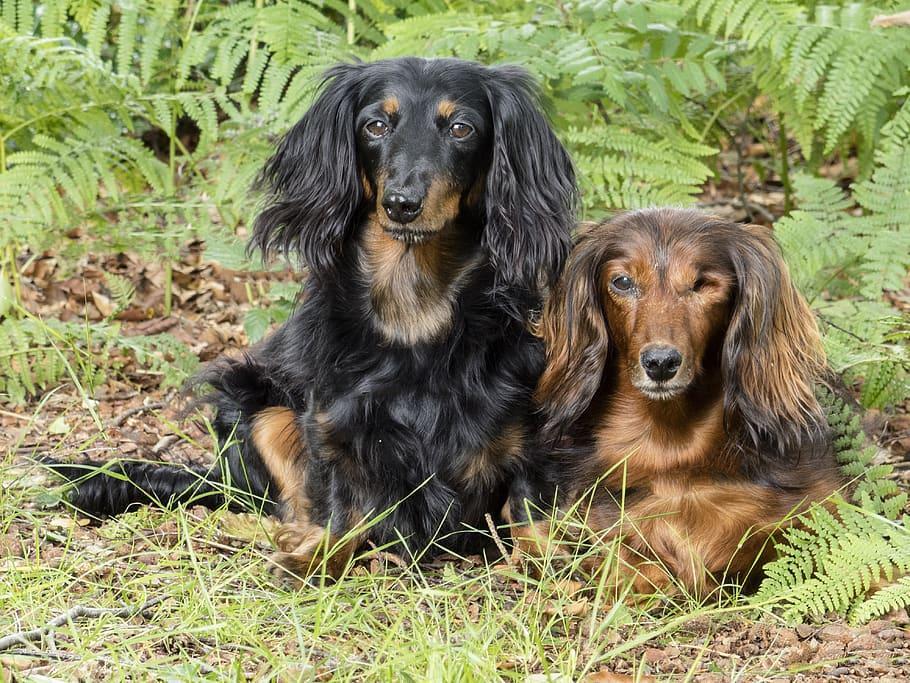 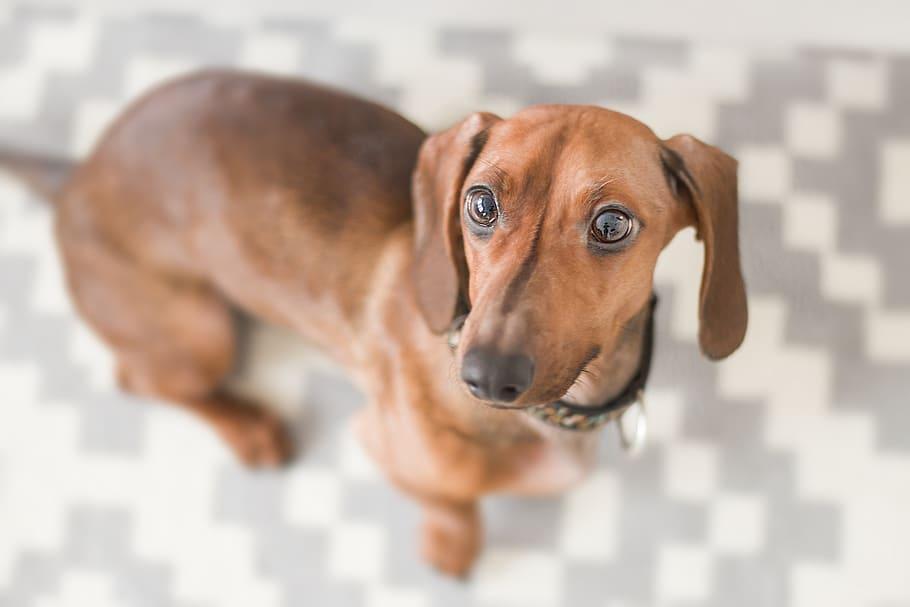 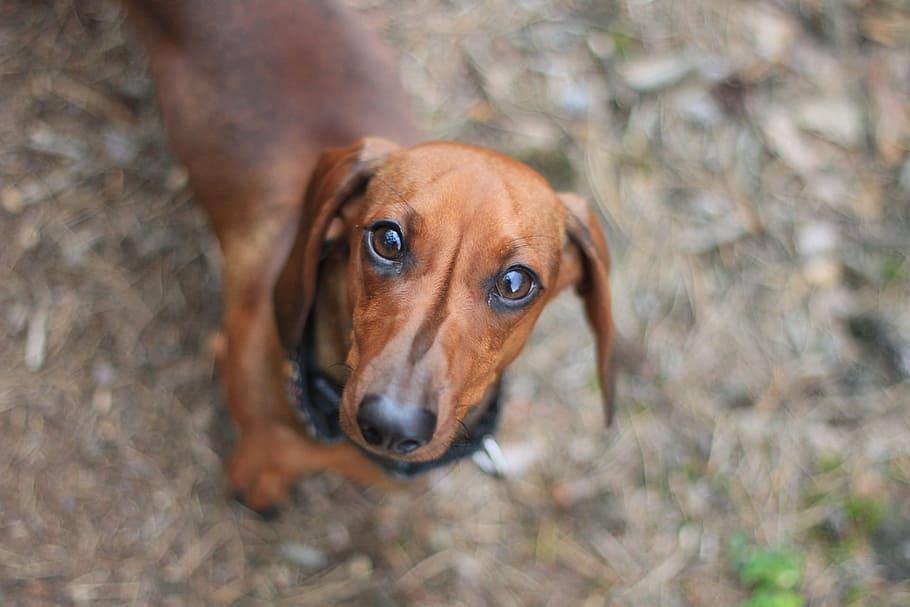 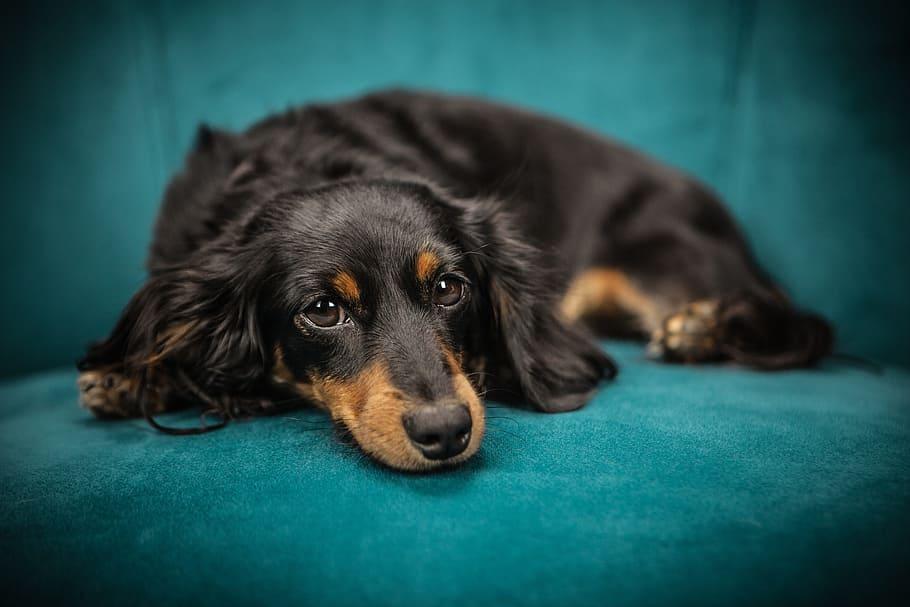 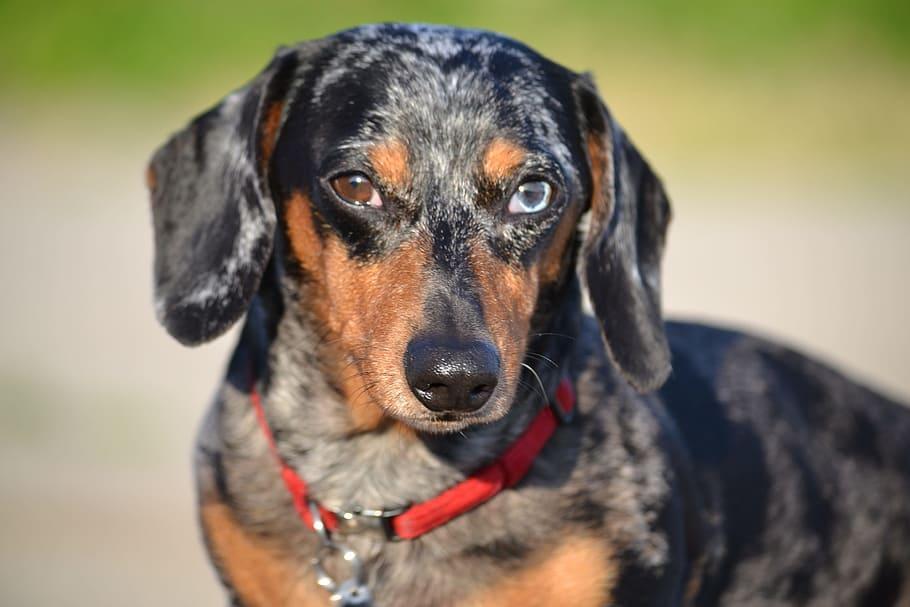 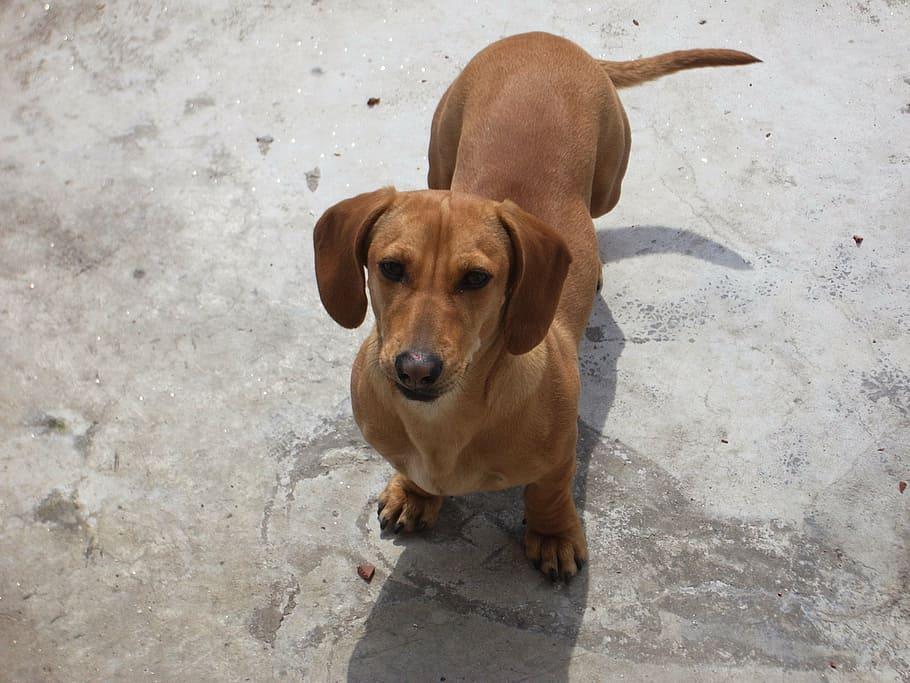 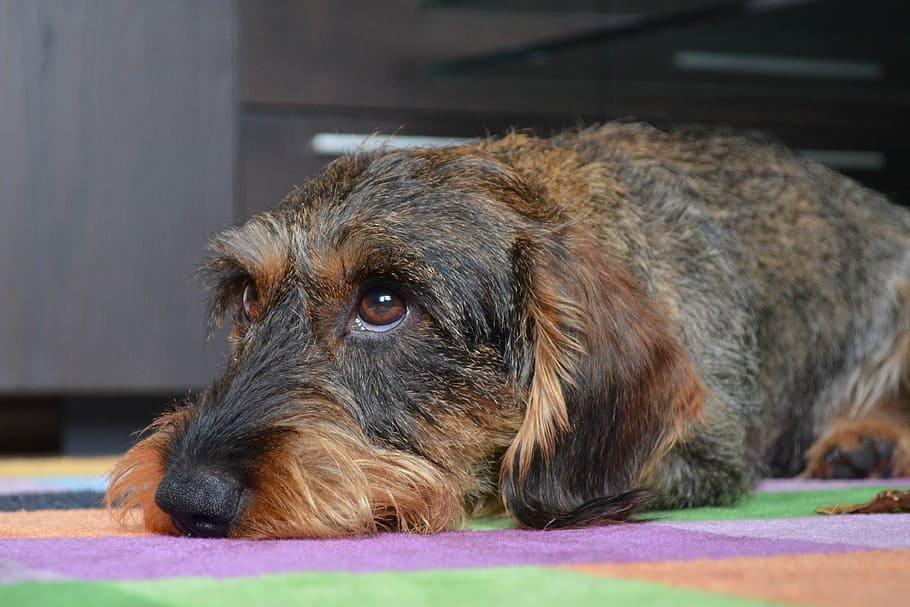 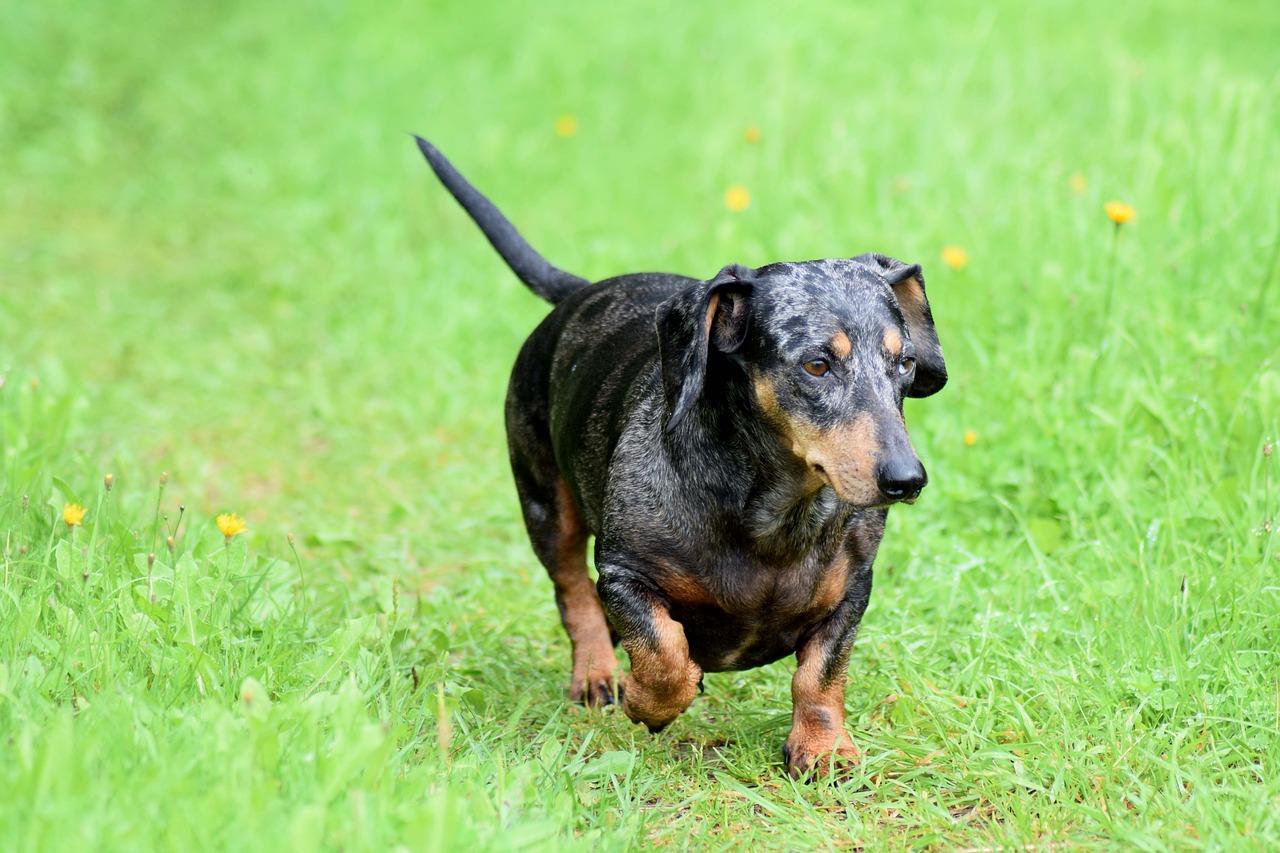