Bump on My Dog's Ear - Causes and Treatment

Dogs are known for their sensitive ears. While the size, shape and texture of these ears can vary greatly according to the individual dog, they all serve the same purpose. Not only do dogs use their ears to hear, but they are very important in maintaining balance. Any pathologies or other medical conditions which cause damage to the ears not only risk the dog's sense of hearing, but it can affect them in various other ways. The psychological damage hearing loss can cause is not something which should be underestimated.

At AnimalWised, we find out why there is a bump on my dog's ear. We look at the various causes of lumps, inflammation and other types of ear bumps, as well as what we might be able to do about them.

You may also be interested in: Folliculitis in Dogs - Causes, Symptoms and Treatment
Contents

One of the most common reasons why a dog has a bump on their hear is due to otohematoma, also known as an aural hematoma. This refers to an accumulation of blood between the cartilage of the ear and the skin. It is most commonly on the inside flap of the dog's ear, but it can occur on almost any part.

The most common cause of an otohematoma in dogs is due to trauma. Blunt force such as being hit, being bitten by another dog or trapping their ears in a mechanism can rupture the ear's blood vessels. The ruptured blood vessels release blood between the skin and cartilage. The most common type of trauma is from the dog themselves as they try to scratch their ears or shake their heads for various reasons.

Although the action of the trauma causes this an aural hematoma in dogs, the reason for the trauma is usually the underlying cause of the agitation. Otitis, dermatitis and other types of ear swelling are caused by infections, allergic reactions and other factors. The itchiness results in the dog scratching. It is also likely caused indirectly by immune-mediated diseases which predispose the dog to ear infections and other problems.

Regardless of the cause, the hematoma separates the skin from the ear cartilage. This creates a characteristic swelling or bump in the dog's ear. If left untreated, the hematoma will clot and can form a seroma. In these cases, it is common for the granulation tissue that forms to adhere to the atrial cartilage. The result is a wrinkled or puckered ear pinna.

Treatment of otohematoma in dogs

The treatment of otohematoma in dogs can vary depending on how far it has progressed. If you see a small bump of your dog's ear which has only recently developed, treatment is usually based on:

In very large or otherwise serious otohematomas, it is necessary to resort to surgical intervention. Although it is more aggressive, it is also definitive. An incision is made under general anesthesia to drain the blood from the ear and remove any adhesions that have formed. It is then sutured with transfixing stitches that allow the skin and ear cartilage to remain attached. Postoperative bandages should be changed every 48 hours.

In addition to resolving the otohematoma, it is essential to establish a specific treatment for the cause that has triggered it. This is often dermatitis or external otitis in dogs. Otherwise, the aural hematoma is likely to reoccur.

You can find out in our related article the specific treatment for seroma in dogs if the hematoma has progressed to this stage.

Tumors of the ear

Another differential diagnosis to take into account when a bump appears on a dog's ear is tumors. Most neoplasms located in this region are usually benign, some of the most frequent being:

Less commonly, malignant tumors such as adenocarcinomas or mast cell tumors may occur. Mast cell tumors in dogs usually occur on the ear flap of the dog.

Treatment of tumors on dog ears

Regardless of their origin and malignancy, these tumors must be surgically removed to prevent future complications. Before surgery, it is necessary to perform a biopsy to make a histopathological diagnosis. This way the veterinary surgeon can determine the type of surgery, such as conservative or radical. They will also assess the need for complimentary treatments such as radiotherapy or chemotherapy for dogs.

Abscesses in dogs can occur in any tissue of the body where pus can accumulate. It is an acute inflammatory reaction that occurs due to bacterial infection. When abscess occur in a dog's ears, we can see bumps on the skin with the size of the bumps dependent on the extent of the infection.

Ear abscesses on dogs are commonly caused by fights with other animals. This is because the ears are vulnerable to biting by an aggressive dog and the bacteria in their mouths can infect open wounds. They can also be caused by any type of trauma or wound that has a secondary bacterial infection. These can be due to accidents, blows or even insect bites.

Treatment of abscess on a dog's ear

Generally, the treatment of abscesses is based on:

When you see lots of small bumps on a dog's ear, it is likely due to an allergic reaction. When a dog has a sensitivity to a particular allergen in their environment, their immune system will overreact and produce various symptoms. In acute cases, they can cause anaphylactic shock. However, many dogs develop lesser reactions such as small red bumps on their skin, including the skin on or in their ear.

The allergens to which the dogs are sensitive can be natural, such as plants toxic to dogs. They may also be due to chemicals and other manufactured products you have in the home, such as those you use to clean. Allergies can cause atopic dermatitis, a type of skin inflammation. This can present in small bumps, but when it progresses it can also cause skin lesions, purulent discharge and other issues.

Treatment of allergies in dogs

You will need to take the dog to a veterinarian. They will help to determine the allergen to which the dog has a sensitivity. This will then need to be removed from their environment. To relieve the symptoms of the allergic reaction, the vet will likely prescribe antihistamine medication suitable for dogs.

Other causes that produce bumps in a dog's ear

We have already provided the most common causes of a bump on a dog's ear. There are other reasons we might see bumps on a dog's ear which are less common. They include: 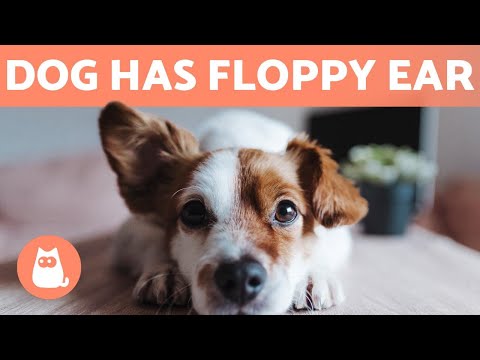 If you want to read similar articles to Bump on My Dog's Ear - Causes and Treatment, we recommend you visit our Skin problems category.

Bump on My Dog's Ear - Causes and Treatment 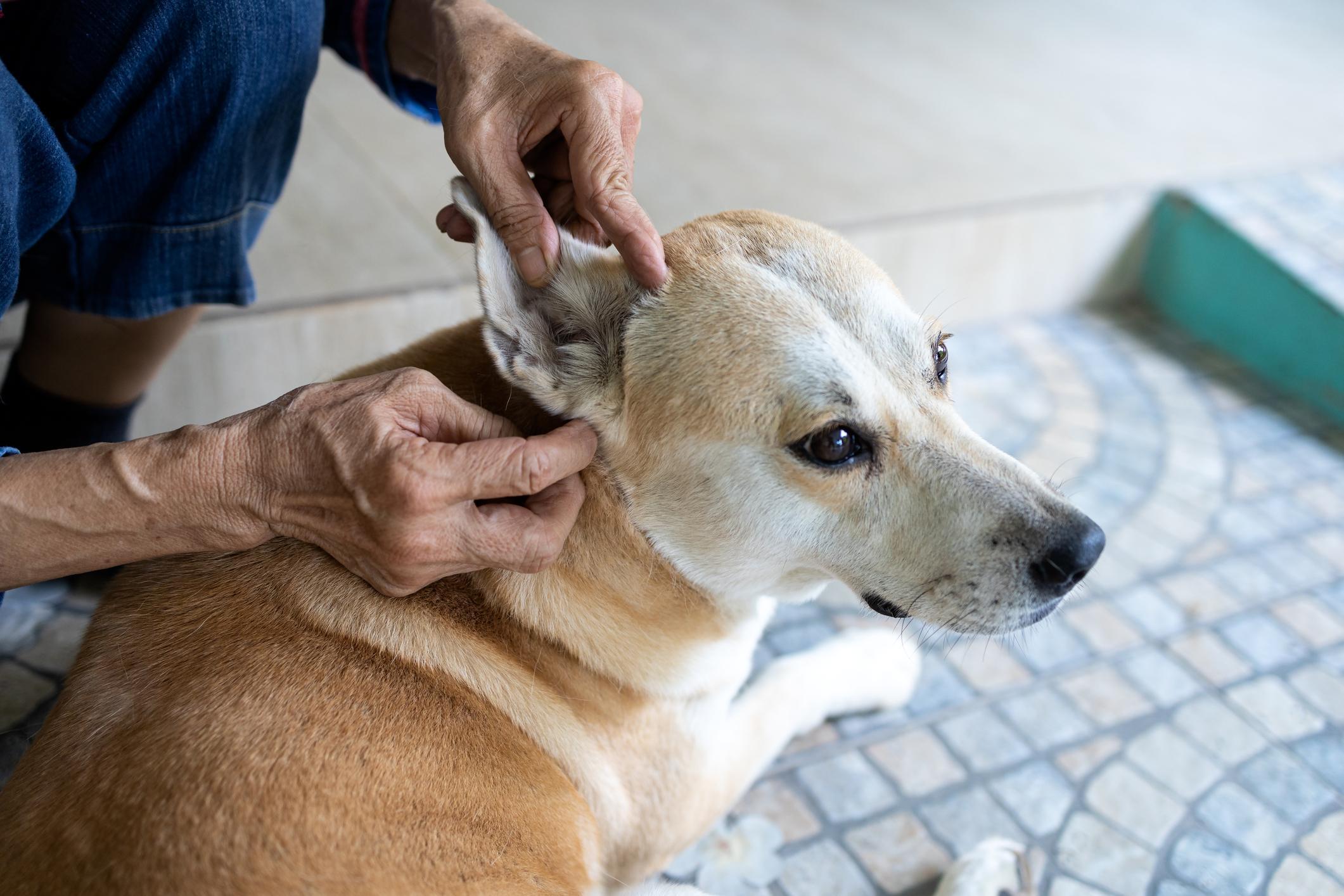 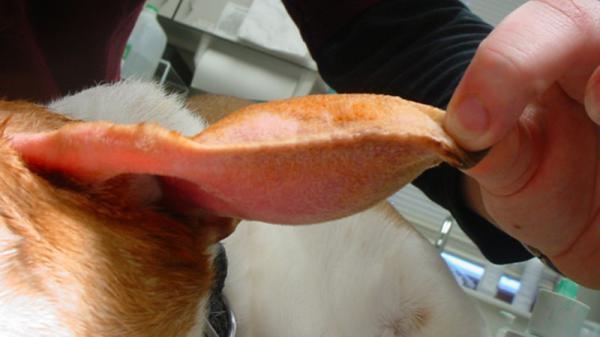 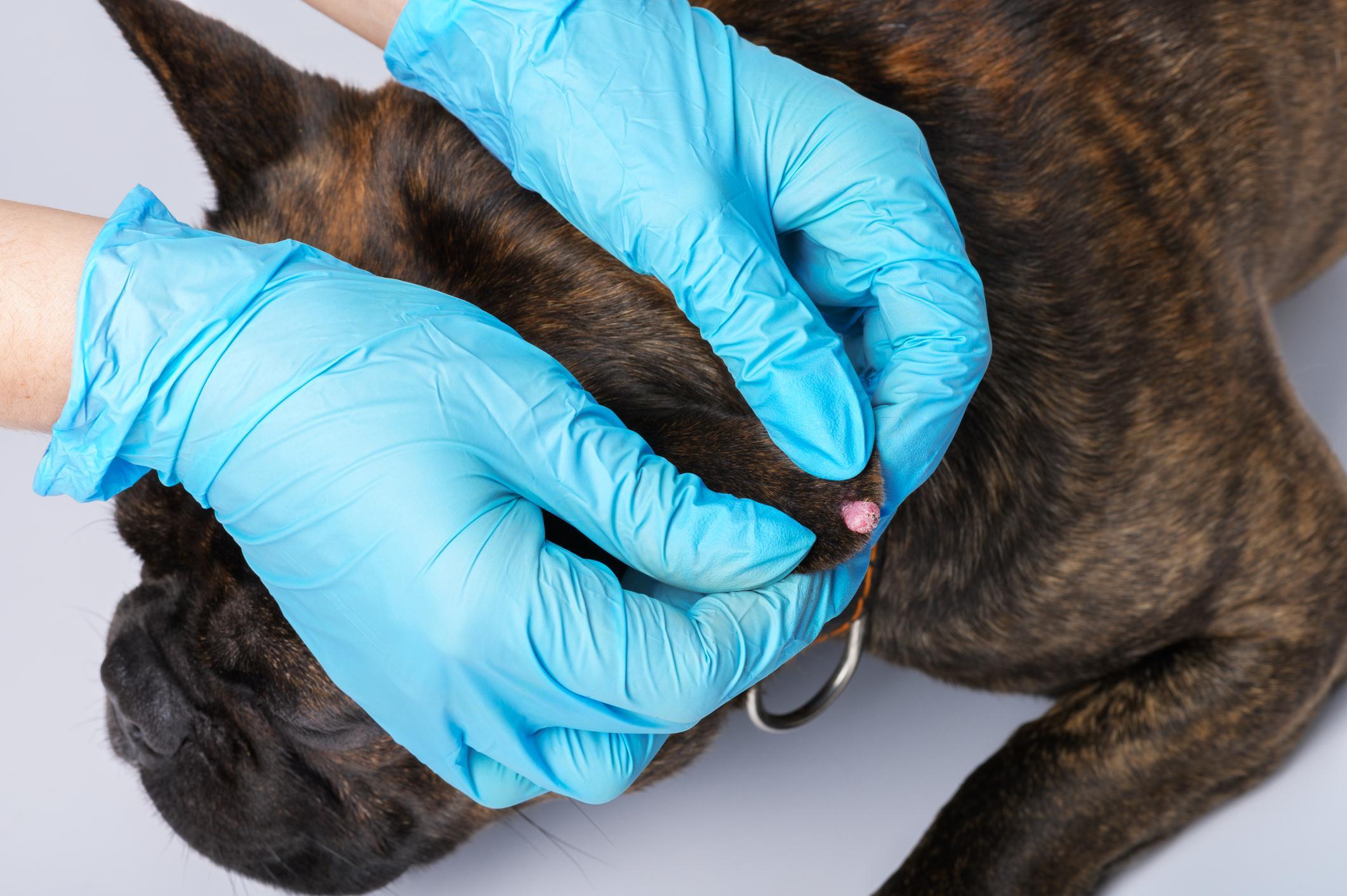 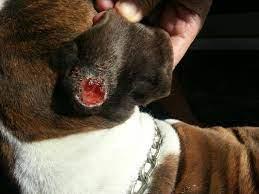 Image: facebook.com
1 of 4
Bump on My Dog's Ear - Causes and Treatment
Back to top