Can Cats Run Faster Than Humans?

With their famed independence, cats will not be made to run anywhere unless they want to. While they may sprint speedily from a water hose or run like lightning when they hear the sound of food dropping into their dish, does this mean cats can run faster than humans? They may seem faster at a casual glance, but is this the case on a level playing field?

At maximum velocity, cats can run faster than humans. However, the difference in speed is not vast. More acute is the way in which their bodies have developed to create an aptitude for running which humans cannot emulate. To better understand the reason for a cat's agility and speed, AnimalWised dissects how a cat runs and why they can beat humans in some ways, but not others.

You may also be interested in: Things Dogs Do Better Than Humans
Contents

How do cats run?

One of the first things we should know is that cats run differently than they walk. This has to do with their gait which changes according to the speed at which they move. The gait is the movement of an animals limbs as they move across land. For cats, they have something called a ‘pacing gait’. A pacing gait involves the cat keeping their paws in a straight line when walking, moving the legs from one side around the other as they step. This is relatively rare in mammals and is partly how cats have such good balance on narrow walkways such as the top of fences.

When a cat picks up speed, their gait changes. It changes from this pacing gait to something called a ‘diagonal gait’. This is where the diagonally opposite legs on the hind and front quarters move at the same time. It allows them to run more freely, but obviously has less steadiness than if they were walking.

The pacing gait means they are great at stalking, something which is different to dogs. A study at Duke University in 2008 showed a reason why this might be the case[1]. Their conclusion was that cats have a gait which is not the most efficient for running, but is perfect for sneaking up on prey. Wild dogs who might be more inclined to chase across open plains are generally faster, but do not engage in stalking in the same manner.

How fast can a cat run?

As with humans, there are many different factors which affect a cat's speed. For example, a cat's weight will slow them down as they run, as will a broken limb or a medical condition such as hip dysplasia. Unlike humans, we don't tend to record individual cat speeds. Even with dogs, Greyhound racing gives us a better idea of how fast individual dogs can go.

One study which does seem to provide relatively accurate results exists in the book Do Cats Always Land on Their Feet by Becker and Spadafori[2]. In this book the top speed of a cat was clocked at 48 kph which is just over 30 mph.

When we compare this to the fastest unassisted land speed record by a human, we see that the fastest we humans could muster is 44.72 kph or 27.8 mph. This was by Olympian Usain Bolt in 2009, but we can see it is not that far away from a cat's top recorded speed.

While Bolt is the current fastest human being ever recorded, we don't know if the cats used in Becker and Spadafor's study can say the same in feline terms. What it does show us is that breed seems to have a factor, leading us to ask what is the fastest cat breed in the world?

As we said, recorded study is limited, but the fastest breed in the book is the Egyptian Mau. Stockier breeds with shorter limbs or more rounded ones like the American Shorthair will not necessarily be able to run as fast, but the differences likely aren't massive and will depend on the individual cat. In the book, the Savannah, Abyssinian, Oriental and more are considered some of the fastest domestic cat breeds in the world.

Why are cats faster than humans?

While we know that cats are indeed faster than humans, certainly on average, we may not know why this is so. The reasons are to with the way our bodies are compared to felines. These differences cocern:

The reason why cats have developed the ability to run faster than humans is a question for evolutionary theorists. However, our human ability to walk upright might make us slower, but being so high on the food chain, we can still manage to make our way through the world.

If you want to read similar articles to Can Cats Run Faster Than Humans?, we recommend you visit our Facts about the animal kingdom category.

Why Can Parrots Talk Like Humans?
Do Cats Come Back When They Run Away?
Are Whale Sharks Dangerous to Humans?
Do Cats Recognize Humans by Sight?
Related categories
Endangered animals
Most read
1.
What Animal am I According to my Zodiac Sign?
2.
What Does It Mean When a Cat Shows Up at My Door
3.
10 Most Beautiful Animals in the World
4.
The 10 Most Solitary Animals in the World
5.
Why do Dogs Get Stuck when Mating?
6.
Animals With Scales - Full List
7.
My Female Dog In Heat Won’t Accept A Male - Causes
8.
How Many Types of Lions Are There?
My Dog Likes My Roommate More Than Me
Can Cats Speak English?
Can Cats Sense Our Emotions?
Why Do Cats Run Away From Their Poop?
Why do Cats like one Person more than Another?
Why do Cats Run Away? - And How to Stop It
What Dog Breeds Can Have Different Colored Eyes?
Can You Have a Quokka as a Pet?

Can Cats Run Faster Than Humans? 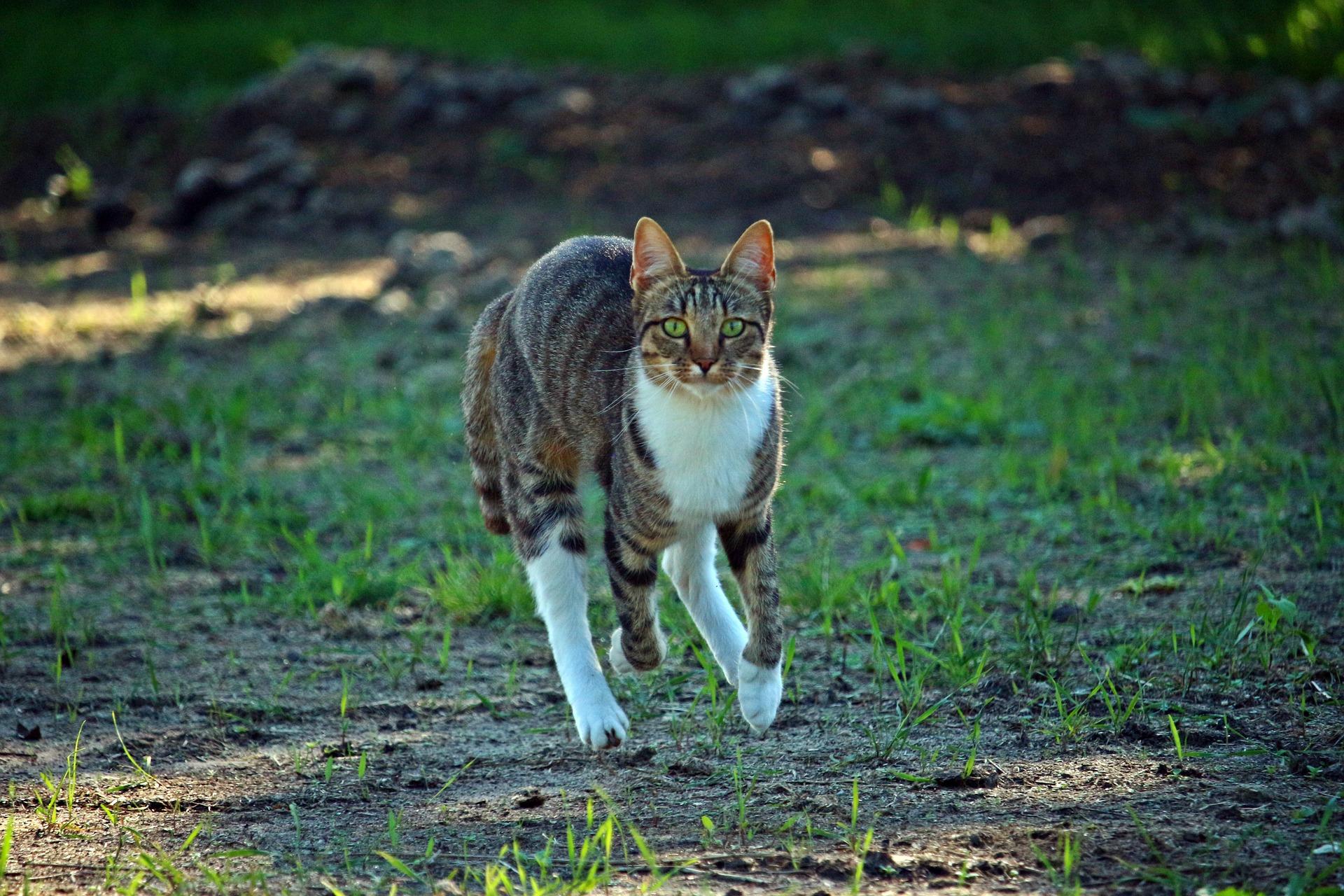 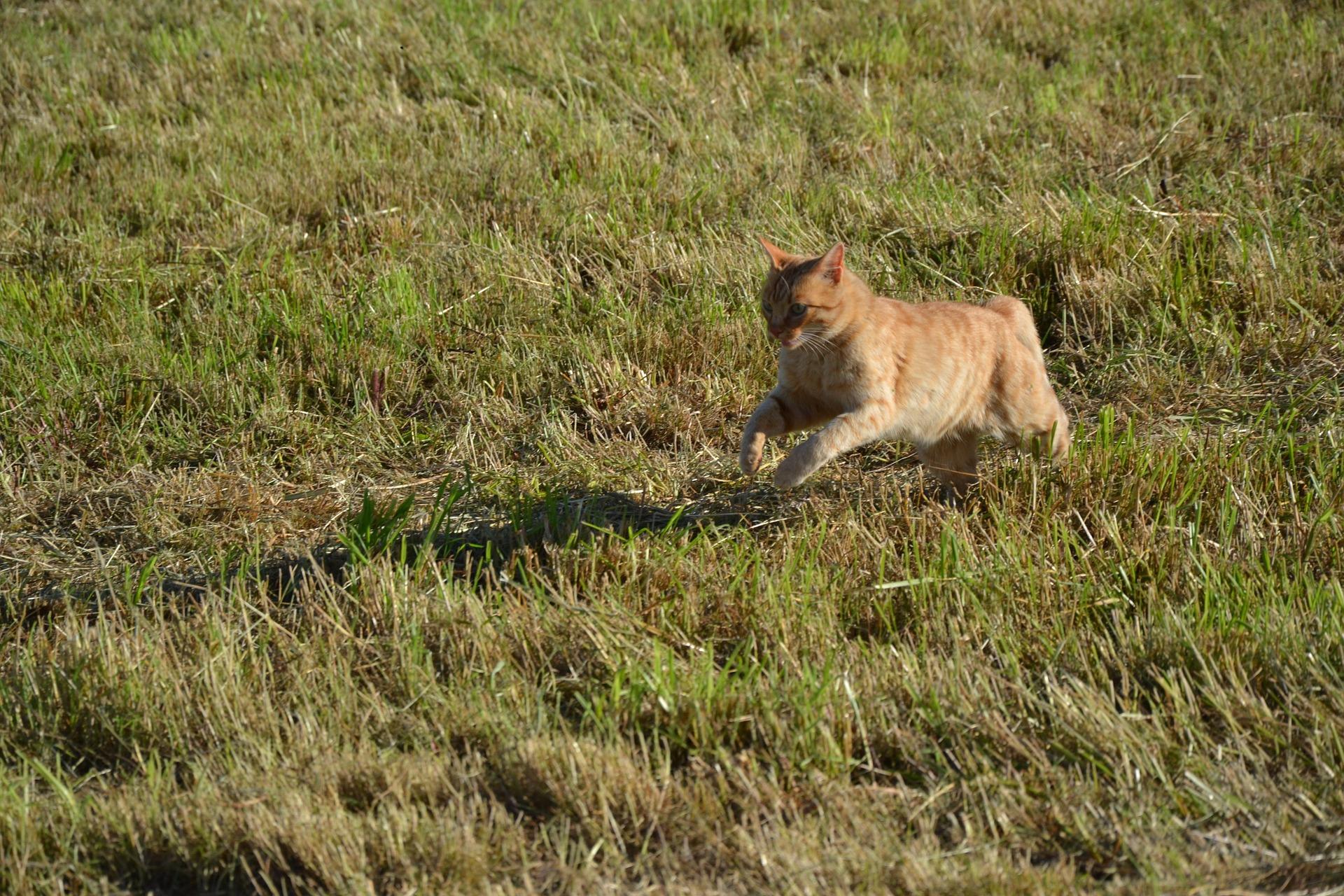 1 of 3
Can Cats Run Faster Than Humans?
Back to top