Causes of Swollen Lymph Nodes in My Dog's Neck 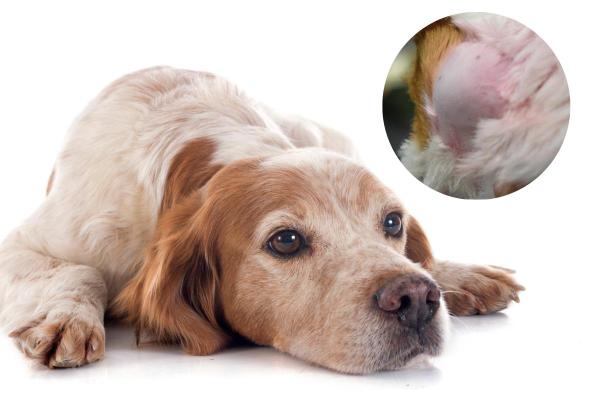 Depending on their weight, length of fur and other factors, we may not initially notice a dog's lymph nodes are swollen. This symptom may only be observed when we pet them around the neck or if we see them struggle with a collar. Often this happens after the inflammation has become extensive. Before we see the lymph node inflammation itself (lymphadenitis), we may see other symptoms caused by the systemic effects of the underlying cause. These can include loss of appetite, loss of energy, fever or weight loss, among others.

At AnimalWised, we look at the causes of swollen lymph nodes in a dog's neck. We explain what we can expect in terms of symptoms, diagnosis and treatment, as well as the prognosis depending on the severity of the lymphadenitis in dogs.

You may also be interested in: My Cat Has a Lump on Their Neck
Contents

What is lymphadenitis in dogs?

Canine lymphadenitis is a type of lymphadenopathy, meaning it is a disease of the lymph nodes. More specifically, it refers to a swelling of these nodes. Although lymphadenitis is more specific, it is most common to use this term interchangeably with lymphadenopathy. Inflammation causes their size to increase and consistency to change. Although we most often notice swelling in the neck lymph nodes (submandular lymph nodes), they appear on various locations of the dog's body.

When a pathogenic microorganism passes through the lymph node, it is possible it will trigger an inflammatory response. This is the most common reason for inflammation of the lymph nodes.

Depending on the number of pathogens and distribution of affected lymph nodes, canine lymphadenitis can be:

Since the lymph nodes work to help the dog's immune system, it is common to see systemic symptoms. This can happen even with localized infections, but is more common with generalized diseases.

Within canine lymphadenitis, we find different types depending on its etiology and the type of predominant inflammatory cells. In this section we explain the main types of lymphadenitis in dogs.

Simple nonspecific lymphadenitis in dogs can be of two types:

In suppurative lymphadenitis there is a massive invasion of neutrophils and it exists in the purulent form. In addition to neutrophils, foci of necrosis are observed. It can be seen in canine distemper infections.

In granulomatous lymphadenitis, the inflammation is due to an increase in microphages (a type of white blood cell used in immune response). In addition, areas of caseous necrosis (a specific type of cell death) and/or mineralized granulomas may be seen.

Within this group, we can find certain types lymphadenitis which are of great interest small animal veterinary medicine, including dogs:

This type of lymphadenopathy in dogs is characterized by a massive invasion of eosinophils and, to a lesser extent, of plasma cells and mast cells. They are seen in cases of heartworm disease and massive roundworm infestations.

Causes of lymphadenitis in dogs

Although in the previous section we have mentioned the different pathologies associated with each specific type of canine lymphadenitis, here we compile the general causes that can lead to lymphadenitis.

As we have explained, lymphadenitis is often the result of the penetration of a pathogenic microorganism into a lymph node, giving rise to an infection within. The different infectious agents that can give rise to canine lymphadenitis are:

Symptoms of lymphadenitis in dogs

In canine lymphadenitis we can observe both local clinical signs (associated with the affected lymph nodes) and general signs (as a consequence of the infectious process that causes the lymphadenitis). One of the most common signs is swelling of the lymph nodes in a dog's neck.

When lymphadenitis is caused by a systemic infection, we can observe general signs such as:

Diagnosis of lymphadenitis in dogs

The diagnosis of canine lymphadenitis should include the following points:

Swelling on the neck may not be due to the lymph nodes themselves, although this is a common cause. Take a look at our related article on why your dog has a swollen neck to learn more.

Treatment of lymphadenitis in dogs

The treatment of canine lymphadenitis will be determined by the underlying pathological cause. Depending on the pathogenic microorganism causing the infection, the following types of antimicrobial treatment will be administered:

Likewise, an appropriate supportive treatment may be established. These depend on the underlying pathology, and may include anti-inflammatories, fluid therapy, etc.

If you want to read similar articles to Causes of Swollen Lymph Nodes in My Dog's Neck, we recommend you visit our Other health problems category.

Bibliography
My Dog Has a Swollen Face
Why Does My Dog Have a Lump on Their Neck?
My Dog's Leg Is Swollen With Fluid
Treatment of Lymphoma in Dogs
Related categories
Breathing diseasesIntestinal problemsDe-wormingMedicineMental problemsBacterial diseases
Most read
1.
Can I Bathe My Dog After Vaccination?
2.
My Dog Is Bleeding from His Penis
3.
My Dog's Poop Starts Solid Then Goes Soft
4.
My Cat Has Liquid Coming From Their Anus
5.
What to Do if My Dog has Something Stuck in his Throat?
6.
Myiasis In Dogs - Symptoms, Removal And Treatment
7.
My Dog Has Pus Coming From His Penis
8.
Why Does my Dog Have Swollen Breasts?
Mast Cell Tumor in Cats - Causes of Mastocytoma
My Dog has a Swollen Throat
My Cat Has a Swollen Nose
My Cat's Paw Is Swollen
My Horse Has Swollen Lymph Nodes
Leukemia in Dogs
Stages of Breast Cancer in Cats - Mammary Tumors in Cats
Insulinoma in Dogs - Causes, Symptoms and Treatment

Causes of Swollen Lymph Nodes in My Dog's Neck 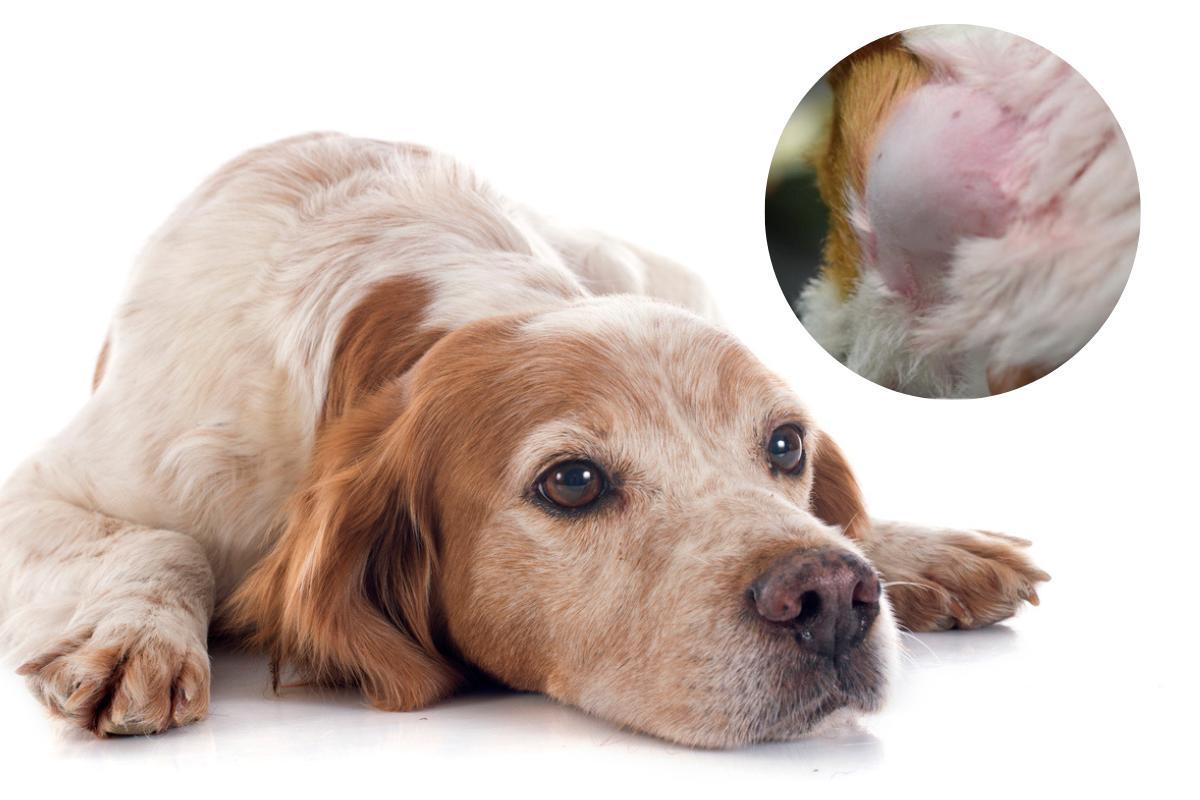 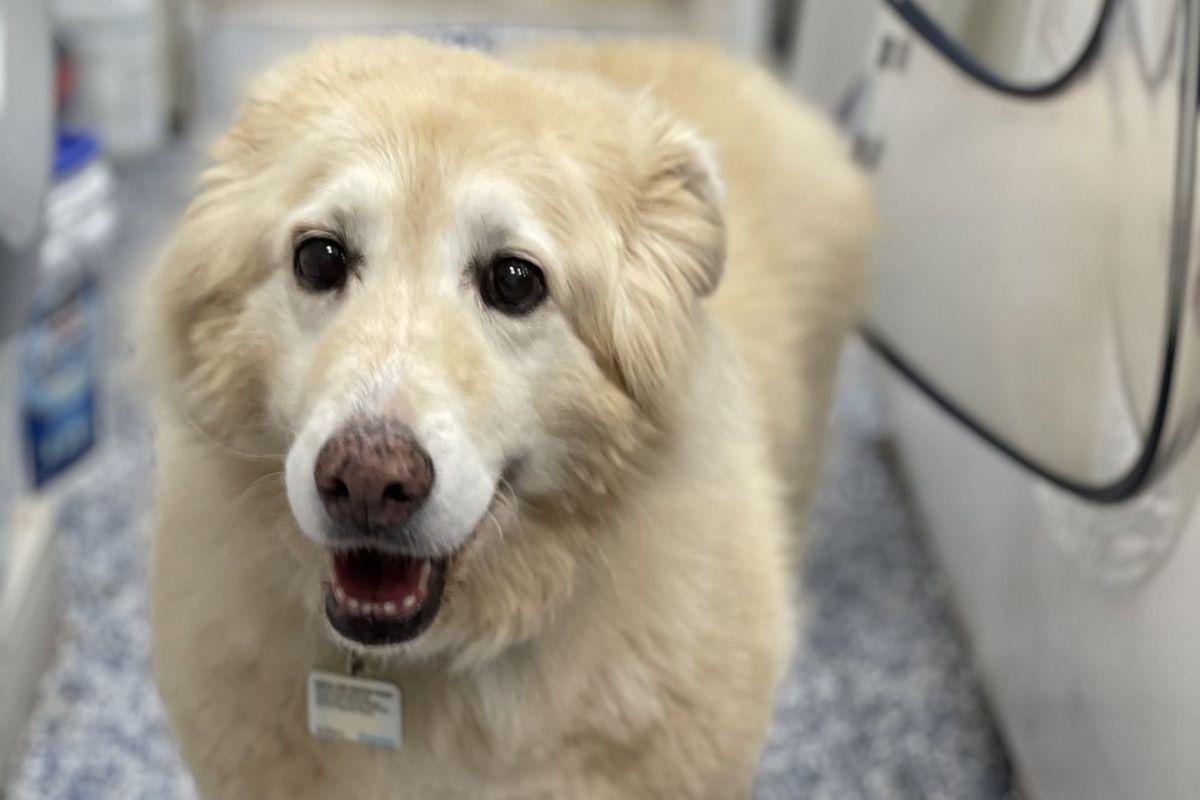