By Laura García Ortiz, Veterinarian specialized in feline medicine. May 19, 2021 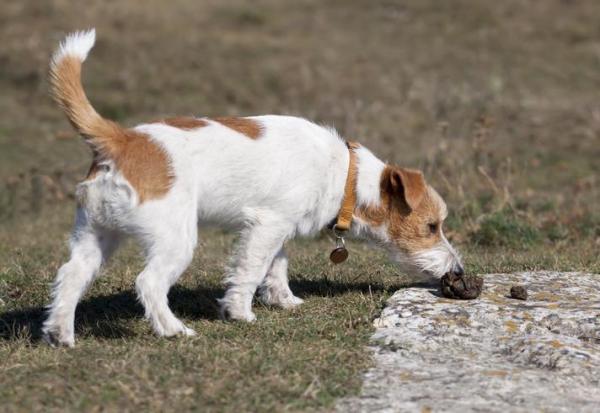 Dogs can contract Salmonella by ingesting contaminated food or water, as well as by contact with contaminated objects, raw food (especially meat) or infected animals. When this occurs, the dog may suffer gastroenteritis, diarrhea, vomiting and dehydration. In the most severe cases, it can be fatal. Salmonellosis is a zoonotic disease, meaning that is transmitted between animals and people. Following the correct hygiene and food preparation standards is important for the prevention of the disease.

Do you want to learn everything about salmonellosis in dogs? Keep reading this AnimalWised article where we talk about this disease, which is caused by bacteria of the genus Salmonella. Specifically, we look at the symptoms, treatment, diagnosis and prevention of a salmonella infection.

You may also be interested in: Bordetella in Dogs - Symptoms and Treatment
Contents

What causes salmonellosis in dogs?

Salmonellosis is an infectious disease of bacterial origin caused by bacteria of the genus Salmonella. Contracted through food, saliva or contact with the feces of an infected animal, it can lead to serious health problems. It is transmitted between animals and humans, which makes it a zoonotic disease.

In fact, the most common serotypes (species of bacteria) found in cases of human gastroenteritis are actually the same serotypes that most frequently occur in dogs. So, if you have ever wondered whether salmonella is transmitted from humans to dogs and vice versa, the answer is yes.

How do dogs get salmonellosis?

Salmonellosis is most common in poultry, amphibians and reptiles, but can also be seen in cattle, horses and pigs. It is much less common in cats and dogs. Transmission of salmonellosis is fecal-oral, which means that it can be transmitted to dogs through food, water and objects that are contaminated with fecal matter containing the bacteria. Contact may be made by mouth and subsequent ingestion or direct contact with an affected animal.

Raw meat and eggs are another possible source of infection. The bacterium can survive for months or even years in warm, moist places.

Infected dogs can sometimes act as asymptomatic carriers of the bacteria, shedding one or more serotypes intermittently over a period of up to six months. Dogs with weaker immune systems are more prone to the disease, as are puppies or older dogs. Our article here shares some ways to help strenghten a dog's weakened immune system.

Pathogenesis of salmonellosis in dogs

Once the dog ingests the bacteria, it invades the mucosa of the small intestine, where it multiplies. This results in lesions in the intestinal epithelium and produces enterotoxins. Even though the immune system begins to attack the bacteria, Salmonella can take advantage of any weakness in the system to cause more damage.

At this point, it lodges in the terminal ileum (the final part of the small intestine), where it multiplies, passes through the intestinal walls and causes serious damage. Once it reaches the large intestine, it exits through the rectum to contaminate more animals, thus continuing the fecal-oral cycle.

Symptoms of salmonella in dogs

Most dogs infected by the Salmonella bacteria are asymptomatic, but they can still cause new infections. Some may manifest some combination of the following clinical signs:

It can cause septicemia (bacteria in the blood) and/or sudden death, especially in younger and older animals. Salmonellosis in puppies can cause a syndrome which includes severe neutropenia (low neutrophil count) and, in this way, very similar to enteritis in dogs caused by canine parvovirus.

Diagnosis of salmonellosis in dogs

When diagnosing salmonellosis in dogs, as well as establishing that the clinical signs presented are compatible with salmonellosis, it is important to rule out other possible infectious causes, such as:

Variable hematologic alterations may be seen in the dog's blood test, including:

Veterinary diagnosis of Salmonella in dogs can be performed by:

Treatment of salmonellosis in dogs

The use of antibiotics for salmonella in dogs should be limited to cases of systemic disease, very severe cases or dogs with immunosuppression. One of the following antibiotics may be prescribed by the veterinarian:

However, as Salmonella is known for its antimicrobial resistance (an issue that is turning into a major public health problem), an antibiogram should be performed and the most sensitive antibiotic should be administered. Many microbiologists do not recommend antibiotic treatment because allows bacteria to stay on in the intestine after healing. This can affect the intestinal flora and cause strains to become resistant to antibiotics, hence they are only used in the most severe cases, i.e. when trying to save the dog's life.

If affected by salmonellosis, most dogs, especially healthy adult dogs, will have a mild form of the disease or remain asymptomatic. In this way, treatment will usually take place at home. Most importantly, good hydration and nutrition is essential.

In cases of severe dehydration due to dog vomiting and having diarrhea, they will require admission to a veterinary hospital. Treatment will then involve fluid therapy to correct electrolyte imbalances and the use of non-steroidal anti-inflammatory drugs (NSAIDs) to decrease the effects of endotoxemia caused by Salmonella.

Prognosis of salmonellosis in dogs

The prognosis in healthy, vaccinated, dewormed and immunocompetent adults is usually good or very good. On the other hand, in immunocompromised animals, those with a concurrent disease, puppies and the elderly, it can be much more serious as they are more likely to develop septicemia.

Therefore, in the presence of non-specific clinical signs of weakness, vomiting, diarrhea, fever and dehydration in a dog, it is essential to visit the veterinarian. They will then make a diagnosis of this or any other disease with similar symptoms in order to proceed with its treatment.

How to prevent salmonellosis in dogs

To prevent our dogs from contracting salmonella, it is necessary to avoid any possible sources of the bacteria while also keeping good hygiene in the home. Thus, we should:

Since it can be transmitted to people, we should always wash our hands after handling dogs' feces or objects contaminated with them. The same applies for any other potentially affected animals. It is also essential to cook food properly, avoiding raw or undercooked food, especially meat, egg products and unpasteurized milk. These foods are more likely to carry the bacteria, so it is especially important to check them and treat them correctly.

If you want to read similar articles to Salmonellosis in Dogs - Symptoms & Treatment, we recommend you visit our Bacterial diseases category. 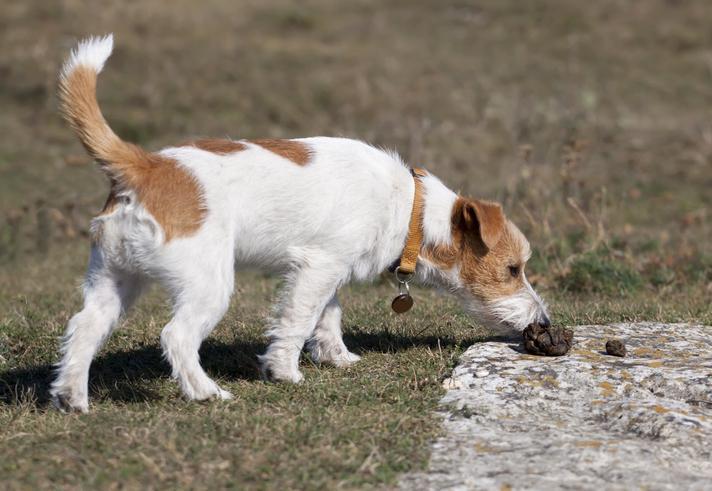 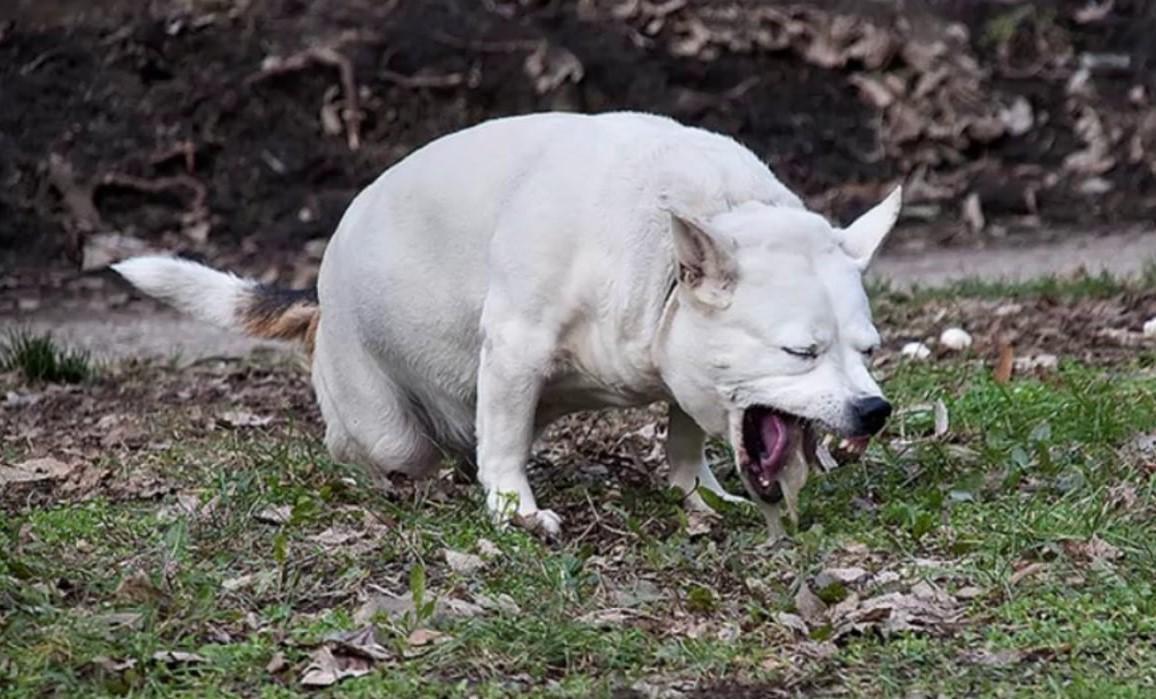 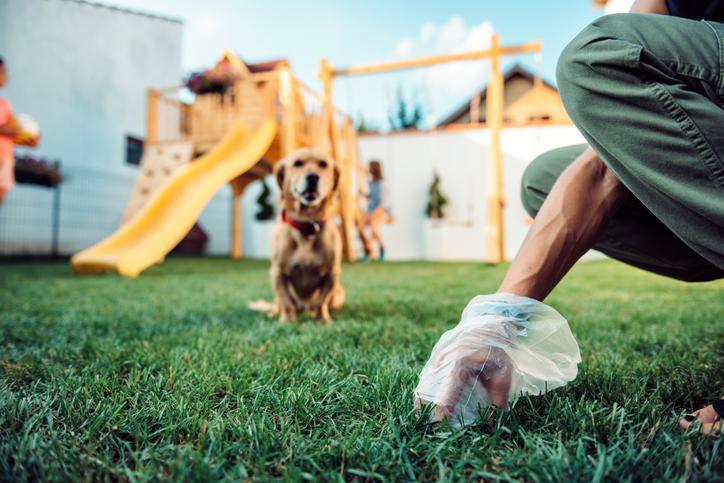 1 of 3
Salmonellosis in Dogs - Symptoms & Treatment
Back to top