While it is believed that the first molosser dogs originated in southern Europe, it is difficult to pinpoint the exact place and time of origin of the different mastiff breeds. As we said in this article, all mastiffs are molossers but not all molossers are mastiffs.

There are many different mastiff breeds nowadays, including the Great Dane or German Mastiff, the Italian Mastiff and the French Mastiff, and scientists believe that they all descend from the same dog, who was a molosser.

This dog breed is powerful and muscular, but English Mastiffs have a very gentle nature. A born watchdog, the English mastiff does not bark but will rise to the defense of its family if necessary. Confident, independent and strong willed, the English Mastiff responds well to training. It is big in size, but this gentle giant is sociable and a natural leader.

The Mastiff is one of the vulnerable native breeds in the UK, where associations are promoting adoption to raise their numbers. It is believed that the ancestors of the English Mastiff fought with the Britons against the Romans in the 1st Century BC.

The English Mastiff has been described as the lion among cats. This noble breed is said to be perfect for not only police work but also for search and rescue, as watchdog, and for guarding and weight pulling. The English Mastiff is easy and gentle with less emotional expression, but more devotion and steadiness.

The French Mastiff and the Dogue de Bordeaux are actually the same dog breed, and were recognized as such in 2008. Like the English Mastiff, the Dogue de Bordeaux is a massive dog, averaging 66 cm (26 in) tall and weighing more than 62 kg (135 lb). A difference between the English and the French Mastiffs is that in the case of the latter there are no big differences between males and females.

French Mastiffs are ideal for herding, hunting or even guarding. Calm and watchful, the Dogue de Bordeaux is affectionate and loyal. Historians have found that this breed appeared some time before the 14th Century, and it became the ancestor of the Bullmastiff.

The French Mastiff is different from the English and Spanish Mastiffs because it has a short-muzzled head and is shorter than most mastiff breeds. It varies in coat shade from dark to light fawn, with possible red highlights.

The Spanish Mastiff or Mastín Español is also a massive dog breed. They reach 77 cm (30 in) tall on average, and they weigh about 40 kg (88 lb), although they can easily surpass that. It was first bred in northwestern Spain, in the regions of Asturias, Cantabria, León and Zamora. The breed standard for the Mastín Español was first established in 1946.

Unlike the French Mastiff - which is chiefly a herding dog - and the English Mastiff - which can fight wars - the Spanish Mastiff was bred to defend property and livestock from dangerous predators. In fact, there are historical records of Mastines joining the expeditions to the New World to defend the colonialist conquerors in the 16th Century.

These large molosser dogs can walk about 30 km or more per day, and they look tall and powerful even when compared to other mastiff breeds. They need plenty of space to roam about and cannot adjust to life in an apartment unlike other smaller Dogue de Bordeaux. Still, Spanish Mastiffs are gentle and calm, and if you let them they easily become one of the laziest dog breeds.

The Spanish Mastiff also has a heavier, medium-length coat, which ranges from yellow, fawn and brindle to black or wolf colored. It has a large head, and it is closely related to the Tibetan Mastiff and the Neapolitan Mastiff. A noticeable difference between English, French and Spanish Mastiff is that the latter is not as wrinkly as the first two.

While there are differences between English, French and Spanish Mastiffs and they can easily be told apart, the three breeds have in common a massive size, working origins, and a steady and reliable temperament. If you have the space and time for them to stay active and happy, you will discover how any of these three mastiff breeds can make a loving friend for life.

If you want to read similar articles to Differences between English, French and Spanish Mastiffs, we recommend you visit our Comparisons category.

1 comment
Mary
12/01/2018
Can you breed english and french together if you want
Differences between English, French and Spanish Mastiffs 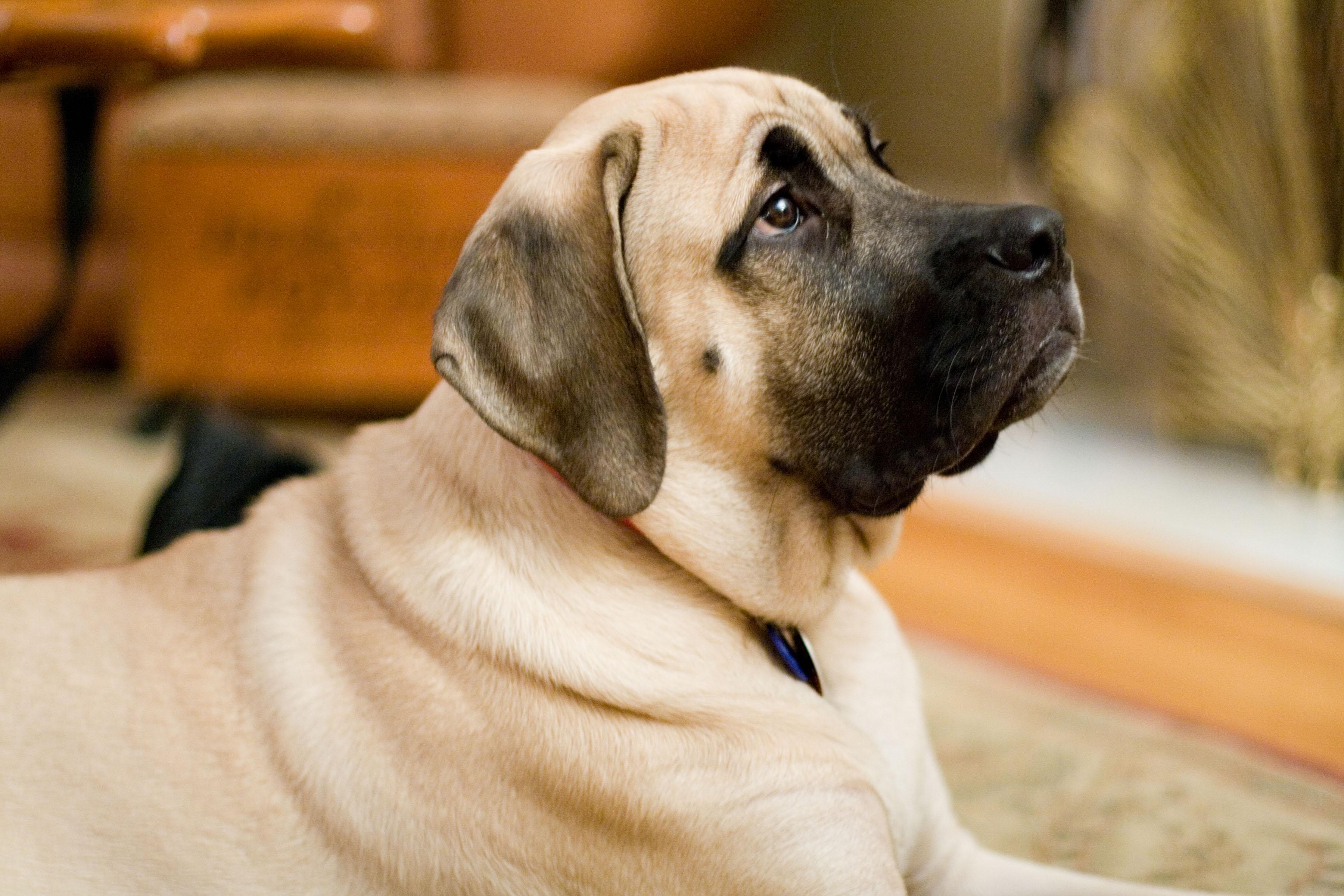 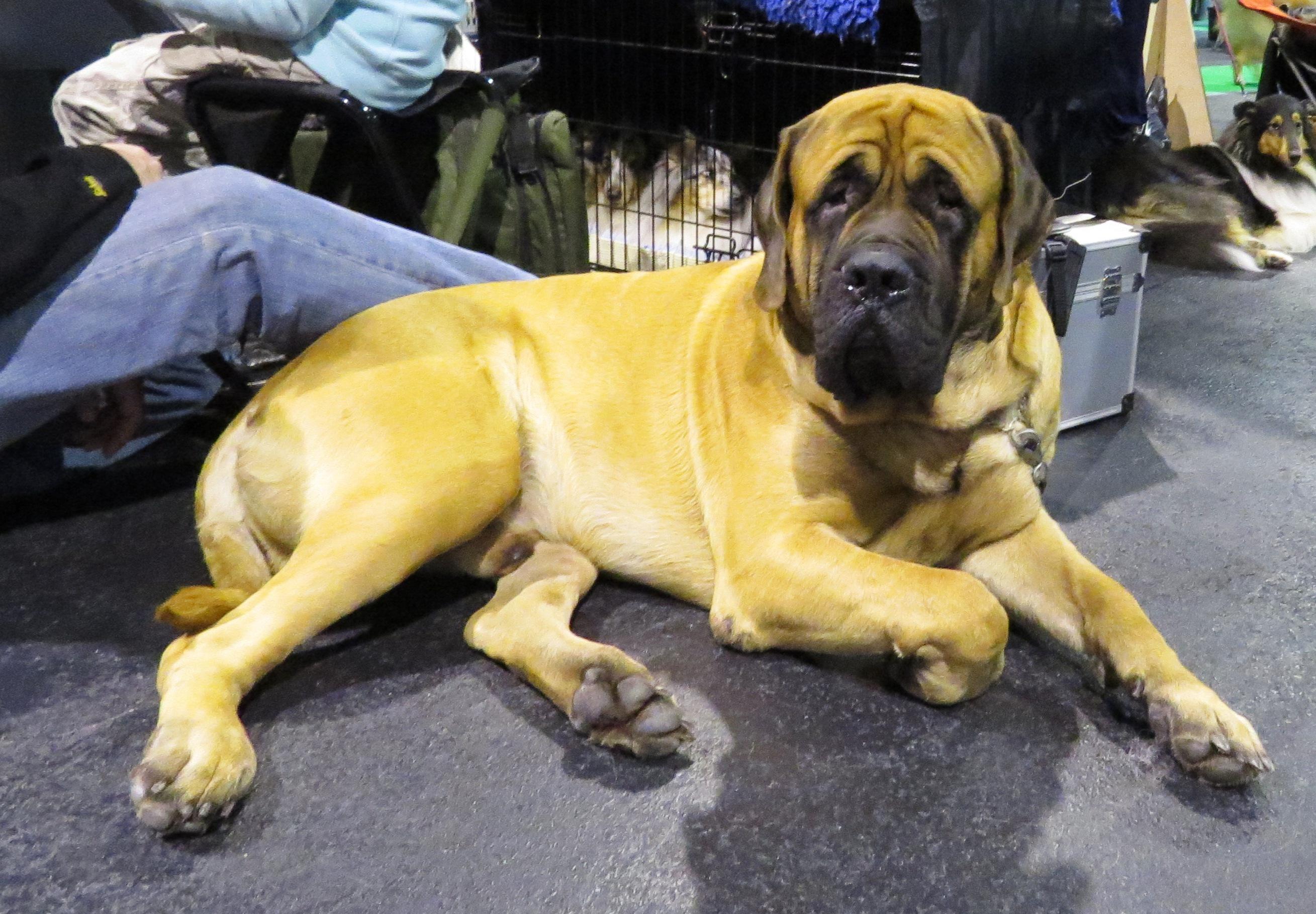 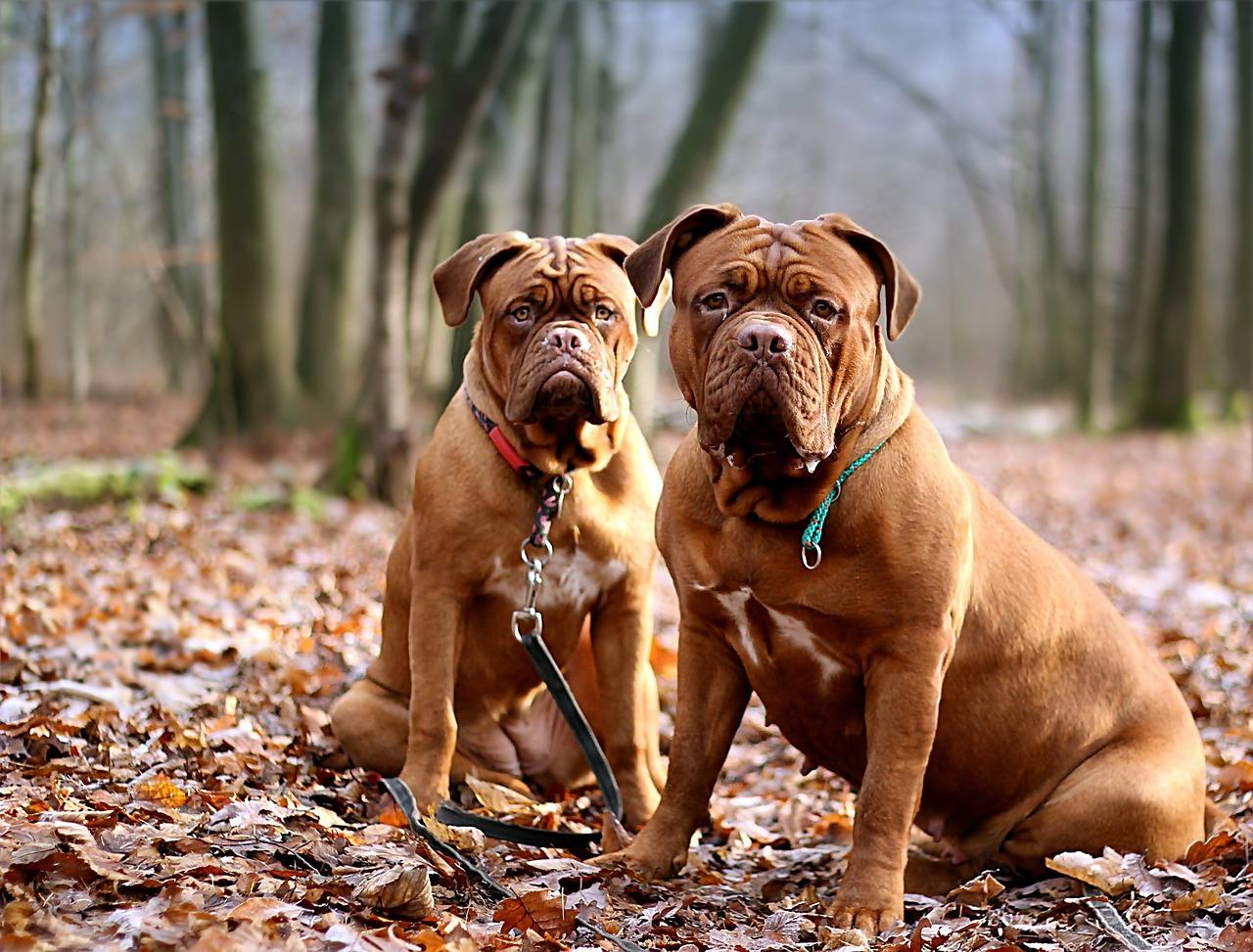 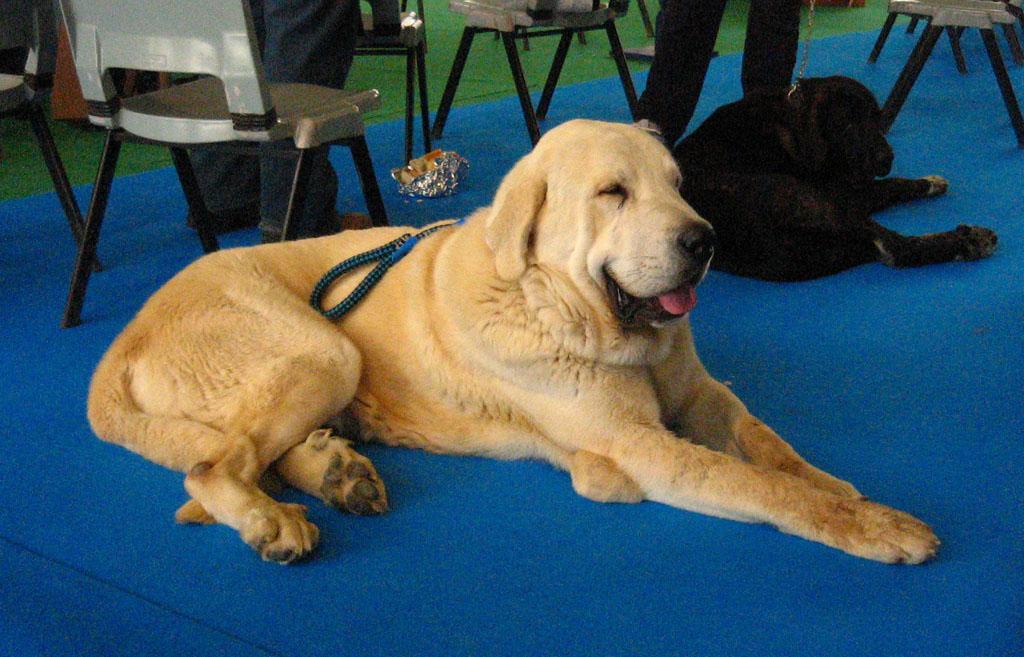 1 of 4
Differences between English, French and Spanish Mastiffs
Back to top