It is easy to identify greyhounds by their elegant and athletic body, their elongated head, and their slender legs, which allow them to reach great speeds. In addition, they have wonderful qualities that make them wonderful companion dogs. There are several very similar breeds of greyhounds, such as the English greyhound and the Spanish greyhound. They can even be easily mistaken for one another.

In this AnimalWised article, we will examine the basic characteristics of both breeds, as well as the differences between the English Greyhound and the Spanish Greyhound.

You may also be interested in: Greyhound vs Warren Hound
Contents

The first difference between these breeds of greyhounds is their place of origin, as is evident from their names. Greyhounds are thought to have originated in Egypt, but the dogs we know today evolved in the United Kingdom, where they may have been introduced by the Celts. In fact, a carving was found in an Egyptian tomb dating back 4900 years, confirming their antiquity. The name Grei means "fine" or "beautiful".

The Spanish Greyhound, also known as the Galgo Español, is a mix of the English Greyhound, the Podencos, and other dog breeds brought to the peninsula by traders or invaders. The Galgo has always been very popular in Spain. In the past, it was considered a noble breed and was mainly kept by aristocrats in the Christian and Islamic kingdoms in which the Spanish territory was divided at the time. Galgos are not only mentioned in hunting books, but also in common Spanish expressions and popular literature.

As their physical characteristics suggest, both dogs were designed for speed, although there are some differences between them. The English Greyhound was originally used for hunting hares, which is not surprising considering they can reach speeds of up to 37.28 mph. Their outstanding speed and eyesight allow them to outrun their prey. They are also excellent sprinters and are great for short, explosive races. The Spanish Greyhound, on the other hand, is slower in comparison, reaching an average speed of 29.8 mph. However, this breed has greater endurance and a longer running time than the English Greyhound.

Greyhounds all have long, thin legs, a muscular and arched neck, and thin, low-set tails and a lean, athletic, elegant silhouette. In addition, they share other characteristics that contribute to their high speed, such as a broad chest that improves lung and heart capacity, and an elongated head with a flattened skull. Therefore, to determine the physical differences between the English and Spanish Greyhounds, you need to pay attention to the details.

As we have seen thus far, the physical differences between an English Greyhound and a Spanish Greyhound are subtle, and the same is true of their characters. The difference between these two breeds of dogs may depend more on the handling and experience of the individual than on the breed. Anyway, we highlight the following points:

If you wish to know why is your Galgo shaking, keep reading this article on why does your Greyhound shake.

As far as grooming is concerned, there are no significant differences between the English Greyhound and the Spanish Greyhound. Both breeds need to be physically active, as they are very energetic dogs. Therefore, they cannot live well in an apartment. It is recommended that they have large spaces where they can run freely.

We also need to spend time training them so that they do not chase everything that moves. So if we leave them in an outdoor area, we need to make sure it is fully fenced. Both breeds have a hunting instinct that, if left unchecked, can cause a scare. These dogs might see smaller animals as prey and chase them. In this regard, the Spanish Greyhound is less problematic.

To know more about how to take proper care of your Spanish Greyhound, read this article on caring for a Galgo.

As far as health is concerned, there are not many differences either. Both breeds require thorough veterinary care with regular examinations, deworming and vaccinations. Both can suffer from diseases related to their size, such as gastritis.

As far as health goes, they are quite healthy, although the English Greyhound is considered to be a bit more fragile. Perhaps this is why the lifespan of an English Greyhound is shorter than that of a Galgo, 10 years as opposed to 12 years. However, this is a very variable figure depending on the circumstances of each individual specimen.

If you want to read similar articles to English Greyhound vs Spanish Galgo, we recommend you visit our Comparisons category.

Bibliography
Differences between English, French and Spanish Mastiffs
Spanish Dog Breeds- Top 26
Cavapoo vs Cockapoo
17 Best Spotted Dog Breeds
Related categories
The least...The most...NamesWhat you need to knowIdeal for
Most read
1.
Best Names for American Bully Dogs
2.
What is the Difference Between a Donkey, a Mule and an Ass?
3.
The 5 Most Wrinkly Dog Breeds
4.
100 Popular Bird Names
5.
Tamil Names for Dogs - With Meanings
6.
Arabic Dog Names - Male and Female
7.
Can You Have an Otter as a Pet?
8.
Types of German Shepherd - All Breed Variations
Types of Cocker Spaniels
Doberman Pinscher vs. Rottweiler
Differences Between a Persian vs. Angora Cat
Bulldog Breeds: English, French and American Bulldogs
Types of Mastiffs - Full List
Male Vs. Female Cats - Which Should I Adopt?
Black and White Dog Breeds List
How are Dogs Classified into Types and Groups? 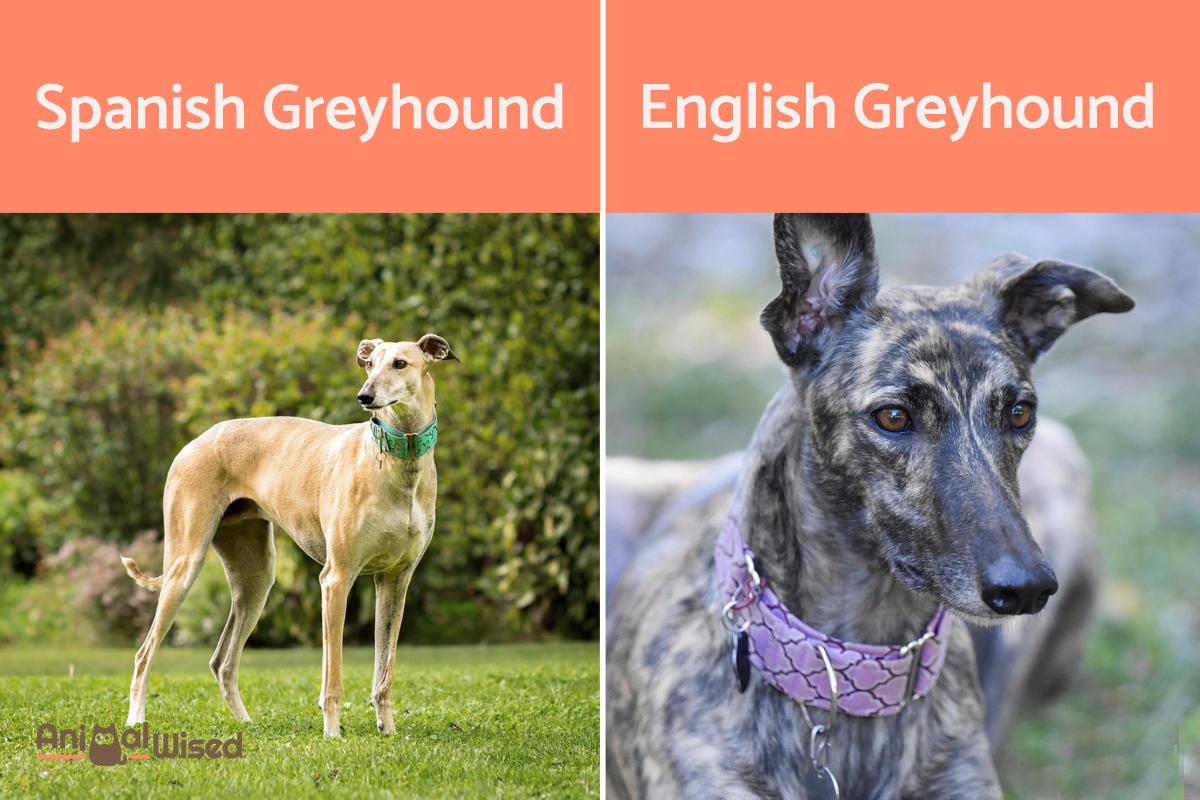 English Greyhound vs Spanish Galgo
Back to top