Differences between Male and Female Parrots

Sexual dimorphism is not a rule that can be applied to all species of parrots, as in most cases the differences between males and females cannot be seen at first glance. The only possible way to distinguish them is through analysis or by consulting an expert.

You may also be interested in: Differences Between a Male and Female Cockatiel
Contents

Sexual dimorphism does exist in some cockatoo species like the cockatiel (Nymphicus hollandicus). The difference between male and female cockatiels is that underneath the tail of the female there are dark markings like stripes, while in males this area has one solid color.

In normal grey cockatiels, facial differences between females and males are also present. The patches on the females' cheeks are softer and lighter-colored, while male cockatiels have more intense colours in these areas of the face.

In pearled cockatiels, if after the first molting they retain the pearls on their wings, they are female. Males lose these characteristic patterns after molting.

In white-faced cockatiels, males have white faces. Females, however, usually have gray faces; even when they're white, you can still tell them apart because their head tends to be smaller than that of males.

In the ecletus parrot (Eclectus roratus) the difference between male and female is extreme.

Males are deep green in color, and their beaks are a yellowish orange. Females, on the other hand, are a beautiful combination of red and blue and they have a black beak.

Sexual dimorphism among budgerigars (Melopsittacus undulatus) can be seen in the cere. The cere is the nose, that is, the fleshy area where the bird's beak begins.

The cere in most males is dark blue. If the male is albino or lutino, their cere is pink or violet. Females have a light blue cere, which turns brown when they come into mating season. Young budgies, both male and female, have white ceres.

Another Australian parrot, the scarlet-chested or splendid parrot (Neophema splendida), also presents clear sexual dimorphism. Females do not have the scarlet fringe that males have on their chests.

Here you can learn more about the differences between male and female budgerigars.

There are different subspecies of rose-ringed or ring-necket parakeet (Psittacula krameri). Sexual dimorphism is clear in all, because males have a kind of distinctive red or black necklace and the females do not.

This species needs daily handling and constant enrichment in terns of their environment and activities; otherwise they can suffer from severe stress. They can understand up to 250 different words, and perhaps this is why a lack of stimulation is so damaging to the species.

White-fronted amazons or parrots (Amazona albifrons) have an area on their wings which helps to distinguish between males and females. This area is called the alula and it appears on the front wing joint - where our shoulders would be.

Male white-fronted parrots can be distinguished from females because their alula has bright red feathers. This is something that female either do not have, or they do but it's barely visible.

In Australia there is a wide variety of parrots, each one even more beautiful than the one before. The differences between males and females in some species are clear. Here are some other species with noticeable sexual dimorphism.

Other ways of distinguishing between male and female parrots

Most parrot species are not sexually dimorphic, except for those shown above. Distinguishing between the sexes can be tricky if you are not accustomed to the particular species, so many people turn to parrot experts and vets to find out the sex of their bird.

Males can be identified through probing, as they have a lump in the pelvic area, while in females this area is flat. Another method frequently used is DNA testing, although this can be expensive. If your parrot lays an egg, this will clearly reveal that the bird is female.

Finally, we recommend that you don't try and guess the sex of your parrot through its personality because this can vary a lot - and it has nothing to do with human stereotypes about gender. If you want to choose a name for your parrot, take a look at our compilation of 50 unique names for parrots.

Want to learn more about birds and the rest of the animal kingdom? Take a look at the following articles:

If you want to read similar articles to Differences between Male and Female Parrots, we recommend you visit our Comparisons category.

Parakeets refer to different types of parrots, so it is a tricky one. However, budgerigars are a type of parakeet. If this is the type you have, then the following article is for you:

Administrador AnimalWised
12/06/2019
You're very welcome Keli!
stephanie
14/05/2019
Can you tell the difference with a yellow sided conure by the shape of their heads or body? male or female gender.
Rating:
glenys edwards
21/07/2018 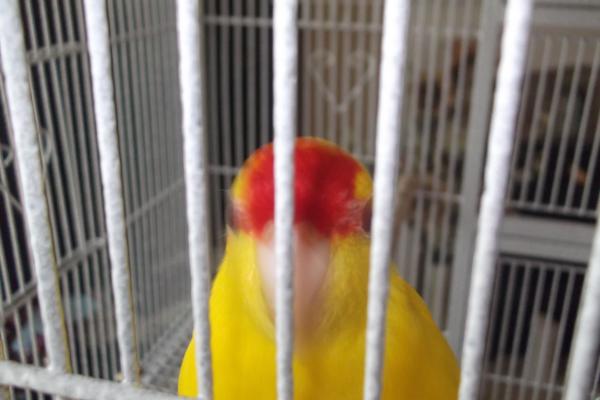 how to tell male /female in kakariki birds

You should be able to tell the difference thanks to the article, but in general kakariki males are about 15 grams heavier and have bigger heads and wider beaks. Even chicks should have wider beaks on the male than female. So, in general, if they are broader and bigger they are male and if they are sleeker and smaller they are female.
Rating:
Ally
20/11/2017
Thanks for the information, it helped me a lot!
Rating:
blep
19/11/2017
stop shoving your ridiculous sjw mentality into everything. birds dont care about what sex you refer them to, stop screeching about it ffs
Rating:
Gale
31/12/2016
You missed the easiest one. The Parrotlet is easily the easiest to identify. The male wears tacky blue eyeshadow and has bright blue in the wings and tail feathers. The ladies do not.
Differences between Male and Female Parrots 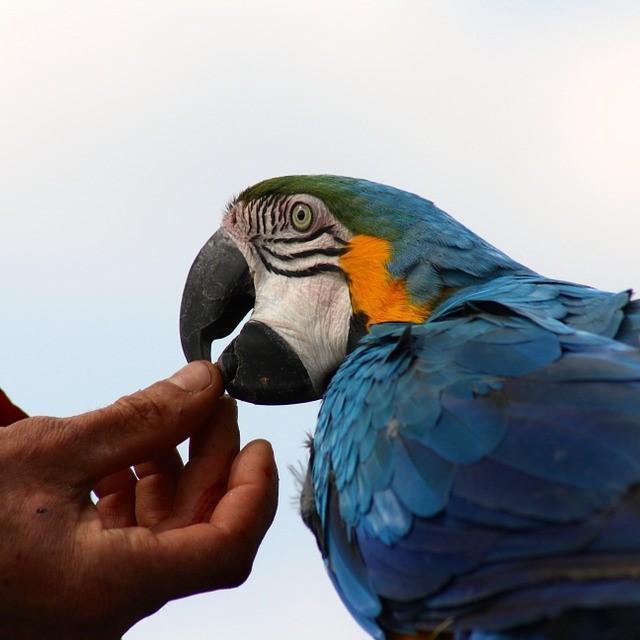 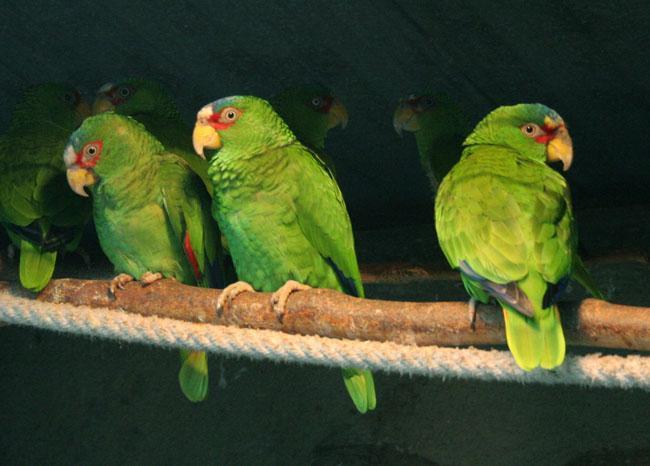 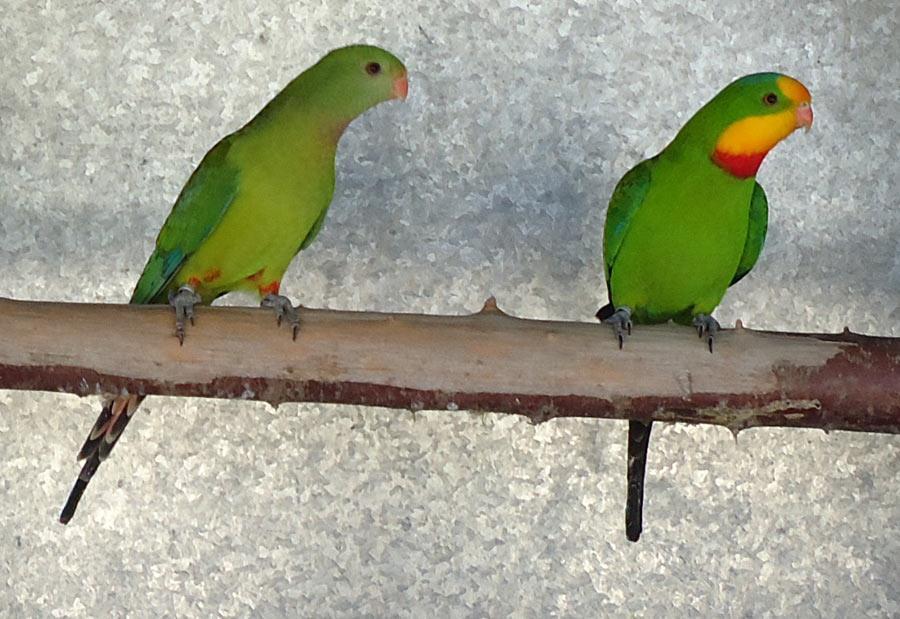 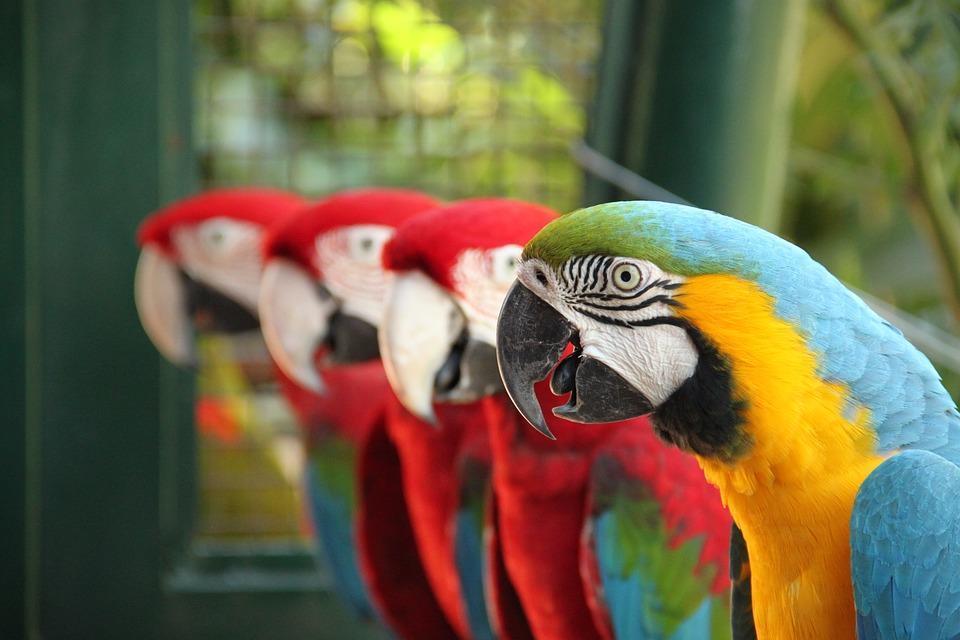