How to Tell a Male from a Female Goldfinch

The European goldfinch or Carduelis carduelis is a very popular bird among ornithologists, as it emits a beautiful and unique song and delights with its colorful plumage. If you're wondering how to differentiate between a male and a female goldfinch, keep reading this AnimalWised article to find out.

In this article we will try to help you to easily distinguish sex in adult and young goldfinches, the latter of which is more complicated. Just remember that the European goldfinch is a protected bird in many countries, and it should never be taken from its natural habitat.

Read on and discover how to tell a male from a female goldfinch.

You may also be interested in: How to Tell If a Chick is Male or Female
Contents

How many types of European goldfinch are there?

In addition to the wild goldfinch subspecies, there are new types that are bred in authorized breeding centers. The selection of specific specimens for breeding offers the possibility of developing peculiarities in the plumage.

Due to the many different types and subspecies of European goldfinch, to begin to tell a male from a female goldfinch you should pay attention to the subspecies you are looking to breed. Still, do not worry if you are sure, read on!

To begin to differentiate between a male and female goldfinch, you should look at the animal's face. Males tend to have a larger area of intense red color whilst females are smaller and darker. There is a small ledge just above the eye of the male, which is not as obvious on the female.

In addition to the color of the face, the shape of the beak varies slightly: the male's is somewhat curved whilst the female's is straighter.

In addition to the face, the wings of a European goldfinch provide valuable information to help distinguish a male from a female. To get started, look at the yellow stripe on the wings which is shorter in females and wider in males.

Also look at the shoulder with the wing extended: males tend to have defined black strip (left), while the females do not (right).

Finally, and to end our article on how to tell a male from a female goldfinch, we'll focus on the tail feathers. The tail of the male European goldfinch is more rounded, almost heart-shaped while the female's is straighter:

We must emphasize that, of course, it is much easier to determine the sex of an adult than a young goldfinch as the latter is yet to develop. We can start to identify some details specific to each sex clearly from about a month and a half old.

We must remember that holding a female goldfinch is considered a crime in many countries if we are not an authorized breeding center or if we do not hold a license to do so. It depends on the legislation under which we operate as each state and community has their own.

The European goldfinch is a magnificent and beautiful bird, and it is considered one of the 5 best singing birds in the world. We must protect and care for goldfinches so our children will be able to marvel at their beauty too. Never trust anyone who offers you a European goldfinch without a band. This bird may be illegally taken from the wild by irresponsible poachers and breeders.

Have you managed to identify the sex of your goldfinch? If you have not, share your photo so that AnimalWised can help.

If you want to read similar articles to How to Tell a Male from a Female Goldfinch, we recommend you visit our Facts about the animal kingdom category.

How to Tell a Cat's Age
Are Dogs Ticklish? - How to Tell
Is It Normal for My Female Dog to Mount Another Female Dog?
How to Tell if your Rabbit Loves you
Related categories
Endangered animals
Most read
1.
What Animal am I According to my Zodiac Sign?
2.
What Does It Mean When a Cat Shows Up at My Door
3.
10 Most Beautiful Animals in the World
4.
Why do Dogs Get Stuck when Mating?
5.
Animals With Scales - Full List
6.
Differences Between Deer, Elk, Moose and Reindeer
7.
The 10 Most Solitary Animals in the World
8.
Examples of Vertebrate and Invertebrate Animals
The 5 Best Singing Birds
Dog Breeds From Brazil
When Do Dogs Start Lifting Their Legs to Pee?
Letter From an Adopted Dog to Her Owner
25 Animals From Spain
How to Get Rid of Lizards From the House
Escaping from an Elephant Attack
Are There Male Calico Cats? 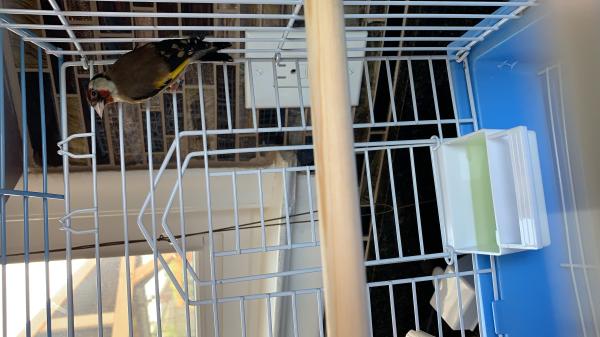 Is mine a female? 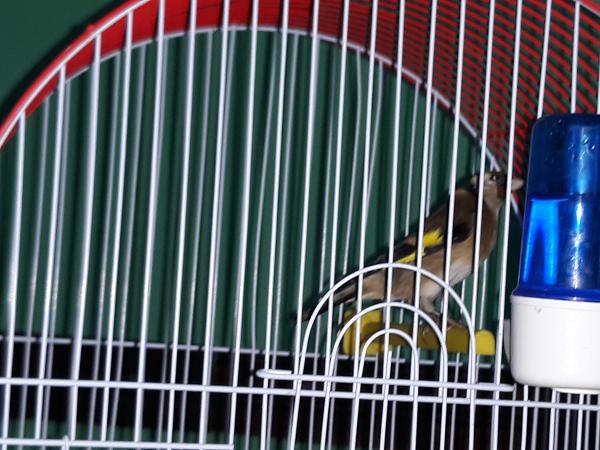 It's difficult to tell just from a photo, but this photo is also so distant that we can barely see any of their features, we're afraid!
Rating:
Tony
11/09/2019 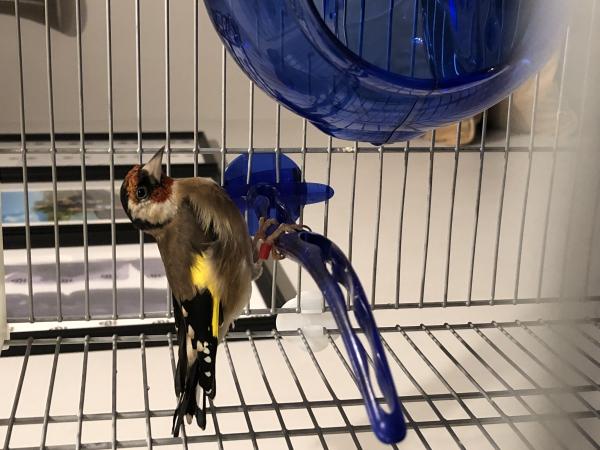 Hello AnimalWised.
I am certain I have a female but store owner told me it’s a male. Could you tell me what you see? Thank you so much!

Like we say in the article, it can be very difficult to determine, especially from a photo. In saying that, while we cannot be sure, we would also be suspicious about the claim they are male. Due to their markings and beak, we would suggest likely female, but always difficult to tell.
Ashby
07/11/2019
Yes it is a female
Jim Galbally
14/01/2020
I am an English aviculturist with over forty years of breeding exhibiting and judging European birds. Your petshop owner was correct. That is a cock Goldfinch.

Thank you so much for your input. Could you tell us how you reached your conclusion they are male? It might be helpful to some others in the community.
JOANNA NICHOLLS
11/06/2019 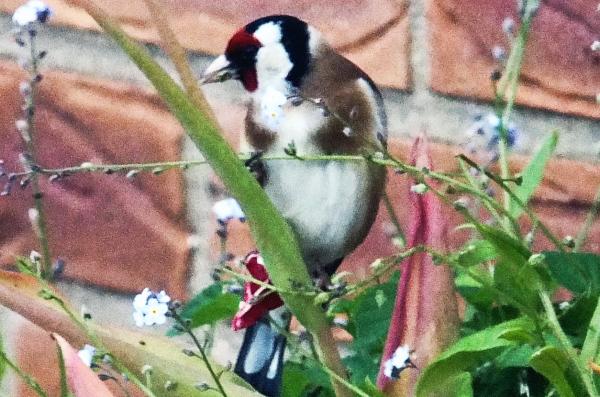 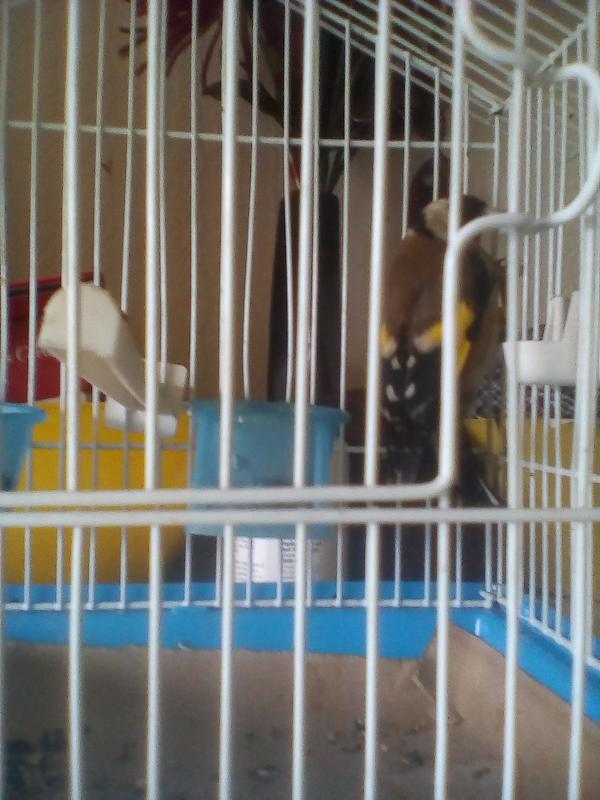 Can tell if this female or male

As we explain in the article it is difficult to sex a goldfinch when you see them in person. From a picture it is very difficult and, we're afraid, from this picture it is pretty much impossible.
El
13/10/2018
It's a female for sure,i have over 18 year of experience with european goldfinch. ! 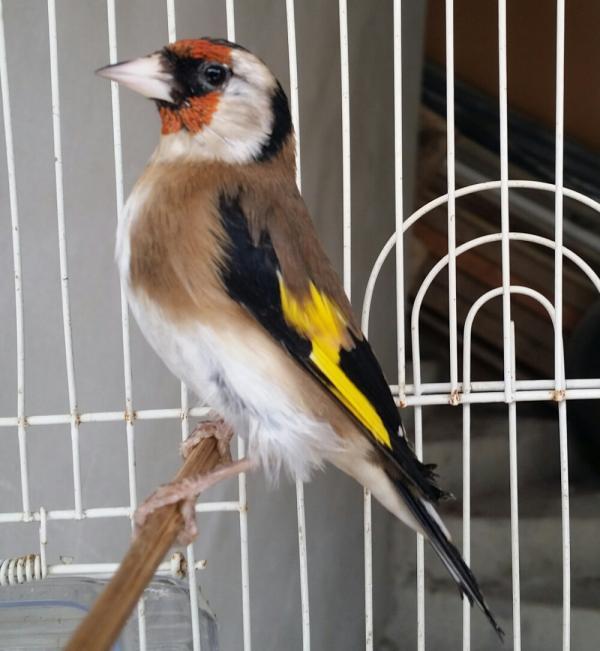 Hello, l took some clearer pictures,if they can help.
Thank you

Due to the darkness and the shape of the beak, we think she is female (again, can't be 100%). Another good way is to check the tail. If it is more rounded, then it is likely male, straighter female. Finally, the red doesn't extend far past the eye which also implies it is a female.
Aldo
29/01/2018 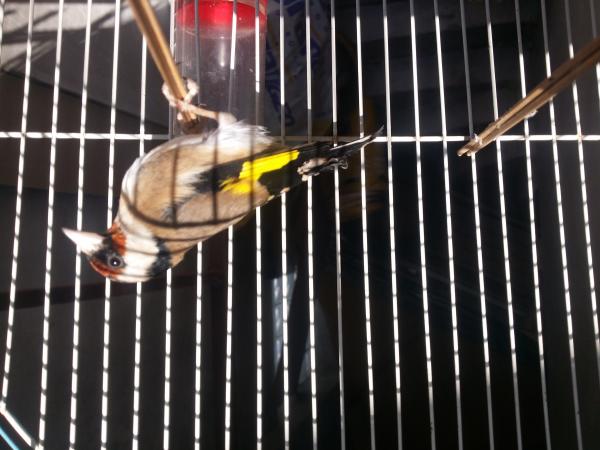 Can anyone tell me if its a male or female goldfinch

We think this is a female goldfinch, but unfortunately we cannot quite confirm due to the limits of the picture. Fortunately, we have this article so you can find out for yourself: 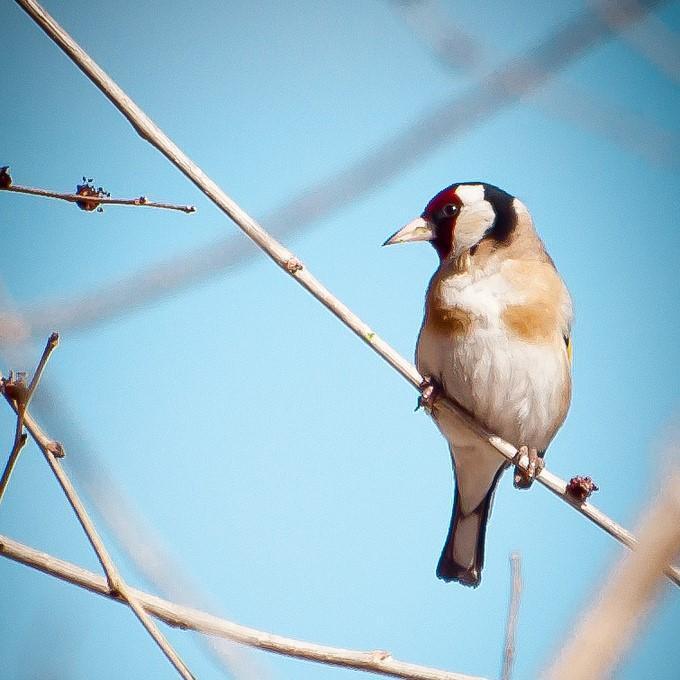 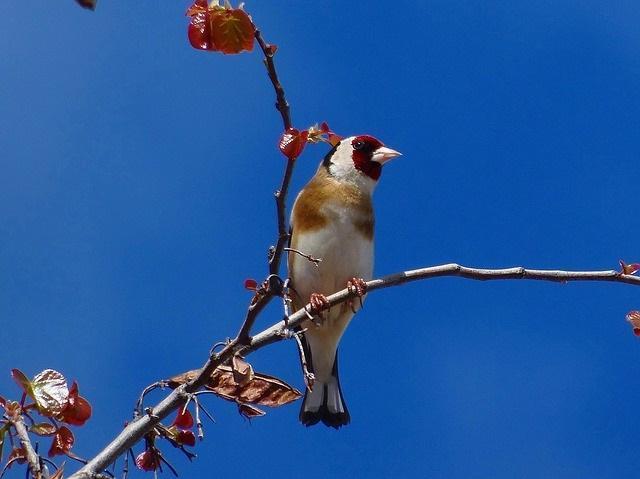 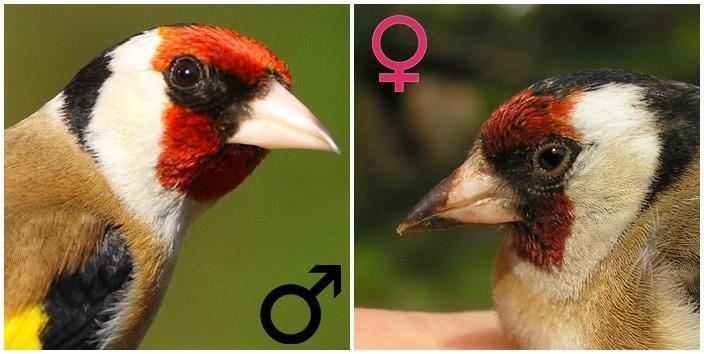 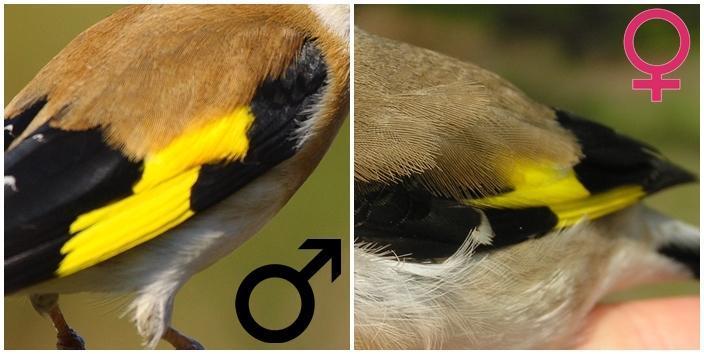 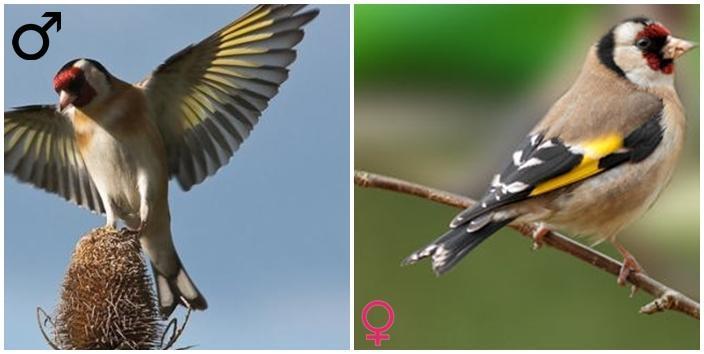