By Nick A. Romero, Biologist and environmental educator. December 20, 2021

If you were to think of a pigeon, there is likely one specific species which springs to mind. Perhaps it is surprising that we can find 369 identified species within the Columbidae family, the family in which all pigeons and doves can be found. These birds have various sizes, but generally all have a robust body, a short bill and short legs. Their plumage can be incredibly varied in terms of color and pattern. We might associate the pigeon with urban environments, but they can be found in various global locations and types of habitat.

At AnimalWised, we look at 20+ different types of pigeons. We provide photos so you can see the variations in morphology and appearance in these birds and provide characteristics which help you get to know them more.

Columba livia is also known as the rock dove or common pigeon. It is the latter of these two names which indicates its place as perhaps the most recognizable type of pigeon. This is the pigeon we know from cities across the world, although they were originally only wild in Europe, Africa and parts of western Asia.

The rock dove is a medium-sized bird which weighs around 12 oz and has a wingspan of 25-27". The typical coloration of this bird is gray with two characteristic black bands on their wings. Their head is a darker color than their wings and presents with shimmering green and purple on their chest and neck. The tail and outer web of their wing feathers also have distinctive black bands.

Although most wild rock pigeons have a fairly uniform appearance, the domestic pigeon (Columba livia domestica) has been borne from this species. These birds have various breeds and can present in a wide range of colorations. Due to their global distribution, the pigeon has developed a close relationship with humans. The International Union for Conservation of Nature (IUCN) has it classified as Least Concern.

There are 12 recognized subspecies of the common pigeon. Most are categorized by their habitats, some of which are very localized.

We move from the most common type of pigeon species, to one of the rarest. The silvery pigeon is native to Indonesia and Malaysia. Its color is silvery light gray with black wingtips and tail. It is about 15" long and weighs around 12 oz. It thrives in both mangroves and coastal forests. The silvery pigeon is classified as critically endangered due to habitat alteration, hunting, and the introduction of predators.

Find out about another type of at risk bird in our article on why kiwis are endangered.

This is a type of pigeon endemic to Jamaica and reaches a little over 15" in length. This makes it a relatively large type of pigeon with males generally larger than females. The upper parts of the body are bluish gray, while the lower parts are brown with a pinkish hue and the region behind the neck is bluish green. They also have a black band on their tail from which their name derives.

Illegal hunting and logging are the main factors that have led the ring-tailed pigeon to be classified as vulnerable by the IUCN.

While all types of pigeon are beautiful in their own way, the purple-quail dove has a distinctive beauty which sets it apart. This is partly due to their distinctive purple plumage which varies in hue and tone depending on the part of their body. The wings tend towards a reddish brown color and the head and tail are dark, while the entire lower area is light gray and the back has a distinct ultramarine coloration.

This piegon live in Colombia and Ecuador, in the undergrowth and forest floor of montane ecosystems. Unfortunately, the destruction of the habitat has affected it to the point of being in danger of extinction.

This is a robust, medium-sized bird, about 12" in length. It is light in color from the head to the abdominal region with white plumage on its underside. Their back is brown and we can see a cinnamon hue on the wing feathers underneath when observed in fight.

The Grenada dove is an endemic pigeon from the Lesser Antilles, specifically from Granada. It develops in succession ecosystems in coastal and forested scrub. Loss of habitat has also made this type of pigeon critically endangered.

With the blue-eyed ground dove, we find another beautiful pigeon with its own characteristic appearance. It is one of the most noted types of small pigeons, measuring only around 6" in length. They present a color combination of reddish brown to brownish plumage with a clear or whitish throat area. Its wings have iridescent blue stripes and its eyes are deep blue, hence their name.

This bird is endemic to Brazil, has terrestrial habits and can be found alone or in pairs. They live mainly in grasslands. Unfortunately, the intense transformation of the habitat makes it critically endangered. We do not know much about its behavior, including its diet and breeding behavior. Only very few recent records exist, making their populations likely very small.

We can estimate their diet by looking at the diet of other members of the Columbidae family. Learn more in our article on what pigeons and doves eat.

Another critically endangered type of pigeon is the purple-winged ground dove. They are native to Atlantic forests of Brazil, Argentina and Paraguay.

This pigeon measures up to 9" in length and presents sexual dimorphism, with the males generally slate blue in the upper part and lighter tones in the lower part. Conversely, females are dull brown in color. Both have purple bands on their wings, although those of the males are more intense. Sightings of this bird are so rare, it is possible they are extinct. If they are still extant, estimates at population size are only around 50-250 individuals.

This is another type of terrestrial pigeon which is beautiful in appearance. They can appear in lowland or mountain regions of their native New Guinea, specifically in rainforests. These range from sea level to over 1,900 m high. They are a relatively large type of pigeon at over 18" in length and their body is very robust.

This species of pigeon inhabits certain regions of the Philippines, Malaysia and Indonesia. Their habitat consists of different types of forests. They are mainly found in old-growth primary forests, but do have populations in secondary forests. It measures about 16", making it one of the largest of the imperial pigeons. Its coloration consists of various shades of gray. The modification of the habitat and its hunting have made it considered vulnerable.

Also known as the New Zealand pigeon, the kererū is endemic to its namesake habitat. This pigeon type has developed on several of the island's forests where it depends on fruit trees for sustenance. They are a long type of pigeon, measuring about 20". As with many pigeon species, they are thought to mainly be monogamous. Their breeding depends on resources as birds with fruit available all year can breed at any time. Others will not breed due to a scarcity of food.

The kererū is a type of arboreal pigeon which has a beautiful plumage. Their coloration is similar to the common pigeon with grey feathers and shimmering green and purple iridescent colorings on their chest and neck. They are very important to Māori culture. Not only do they feature in Māori mythology, but they were an important resource for both their meat and feathers. It is considered near threatened, mainly due to the introduction of predators.

Learn more about different countries and their animal associations with out article on state animals.

Other types of pigeons

In addition to the above different pigeon types, the species of pigeons help represent the diversity of the Columbidae family:

If you want to learn more about pigeons and doves, take a look at our related article where we show you one of their most common diseases: trichomoniasis in birds.

If you want to read similar articles to Different Types of Pigeons, we recommend you visit our Facts about the animal kingdom category. 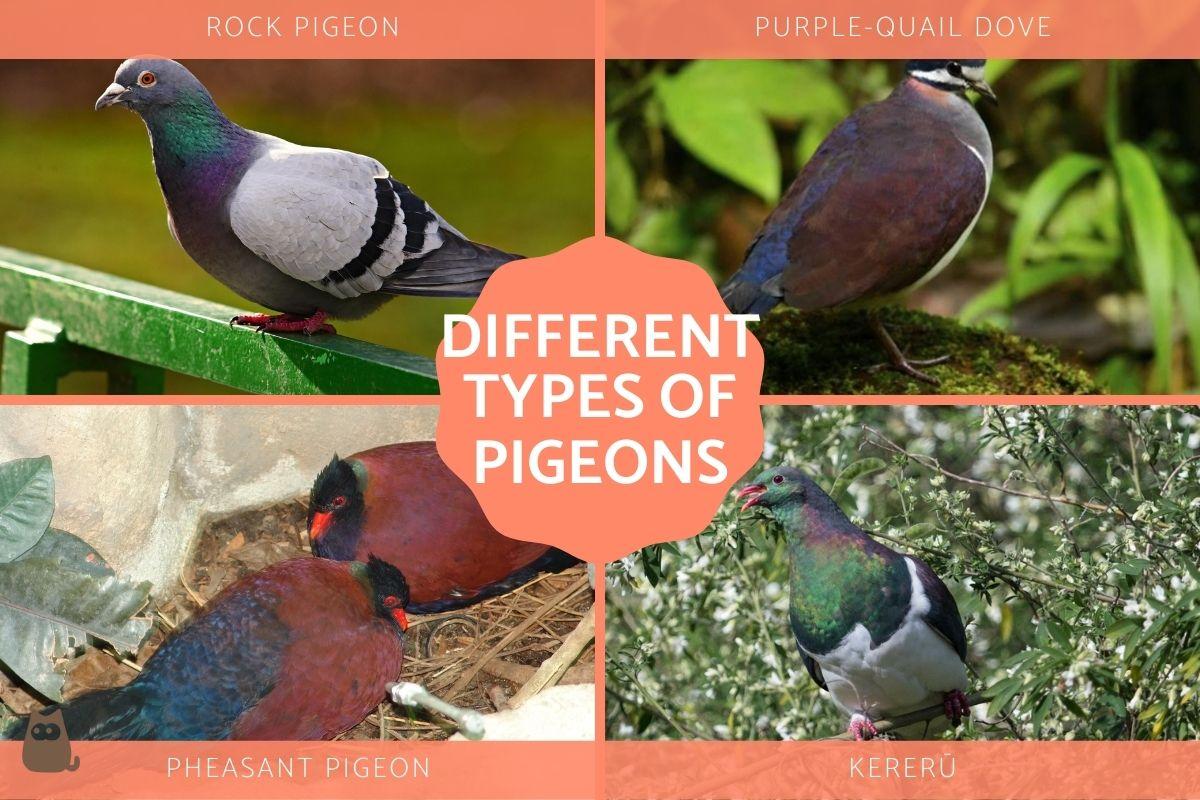 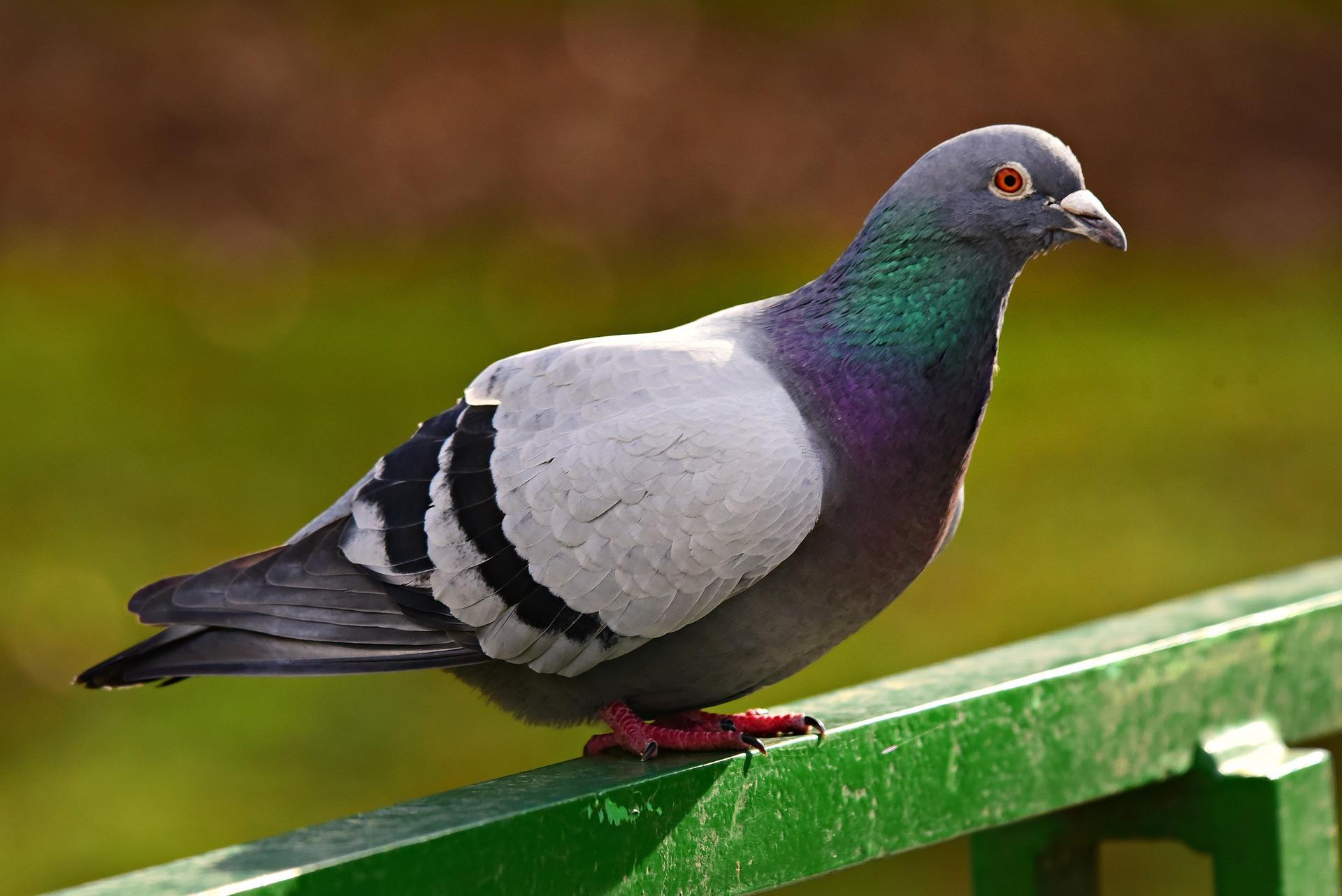 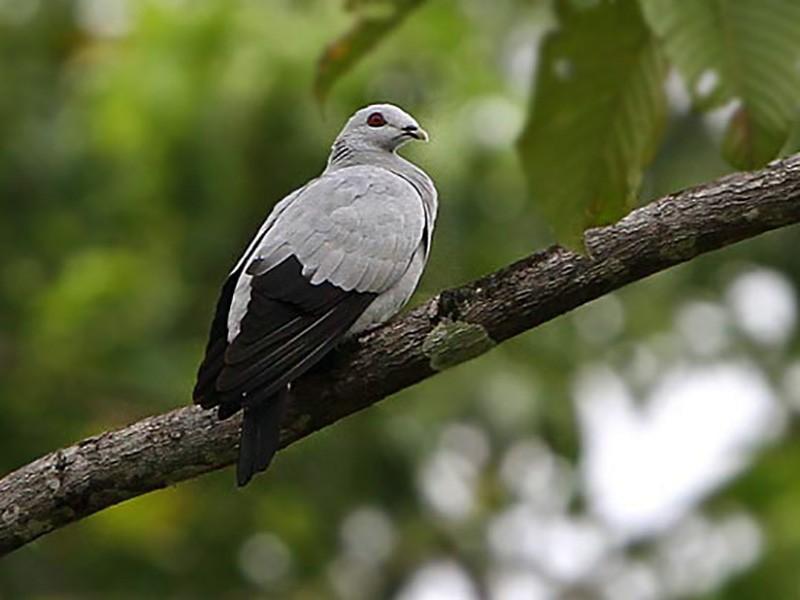 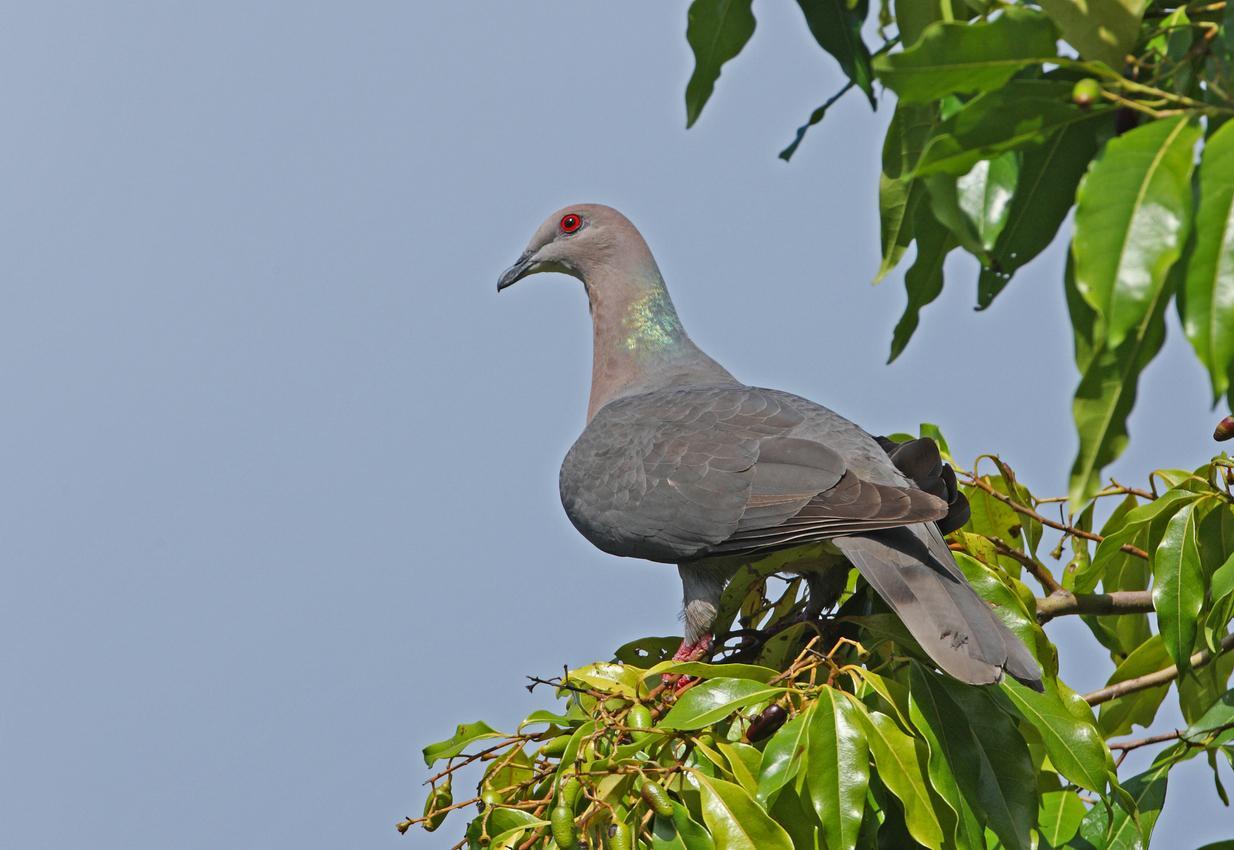 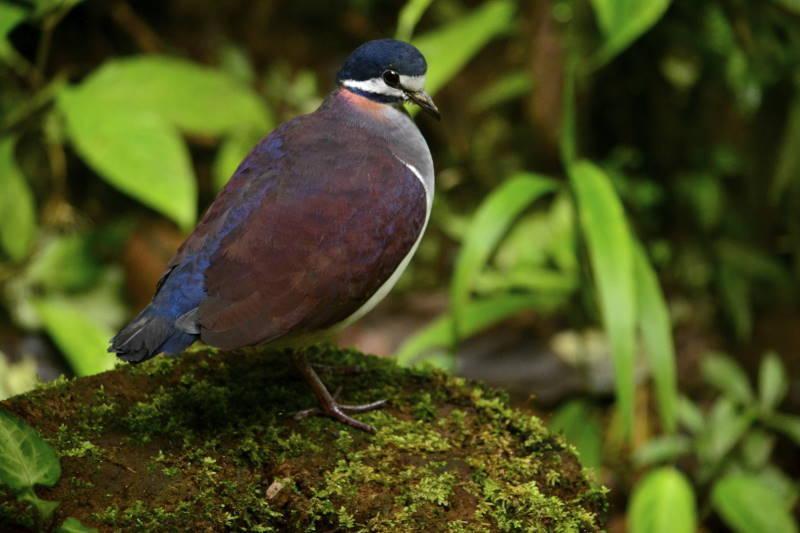 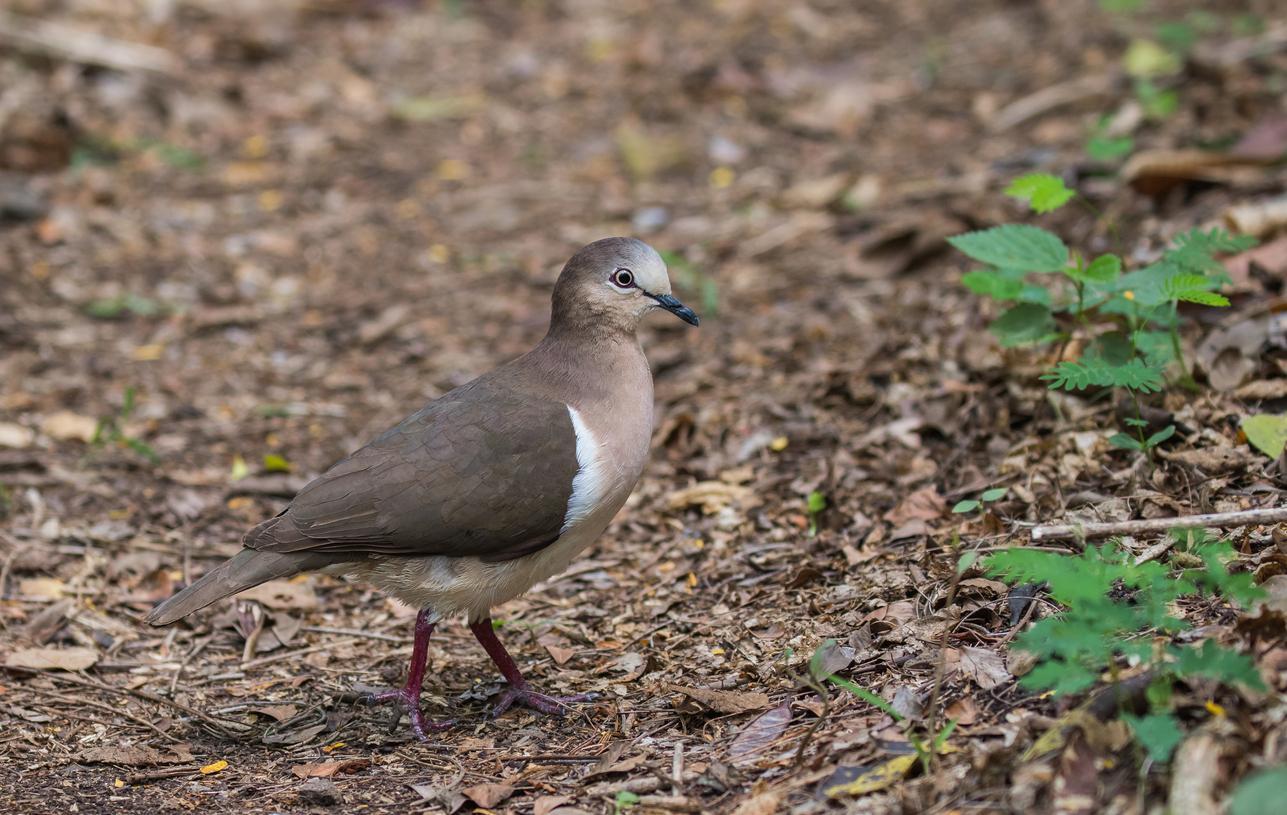 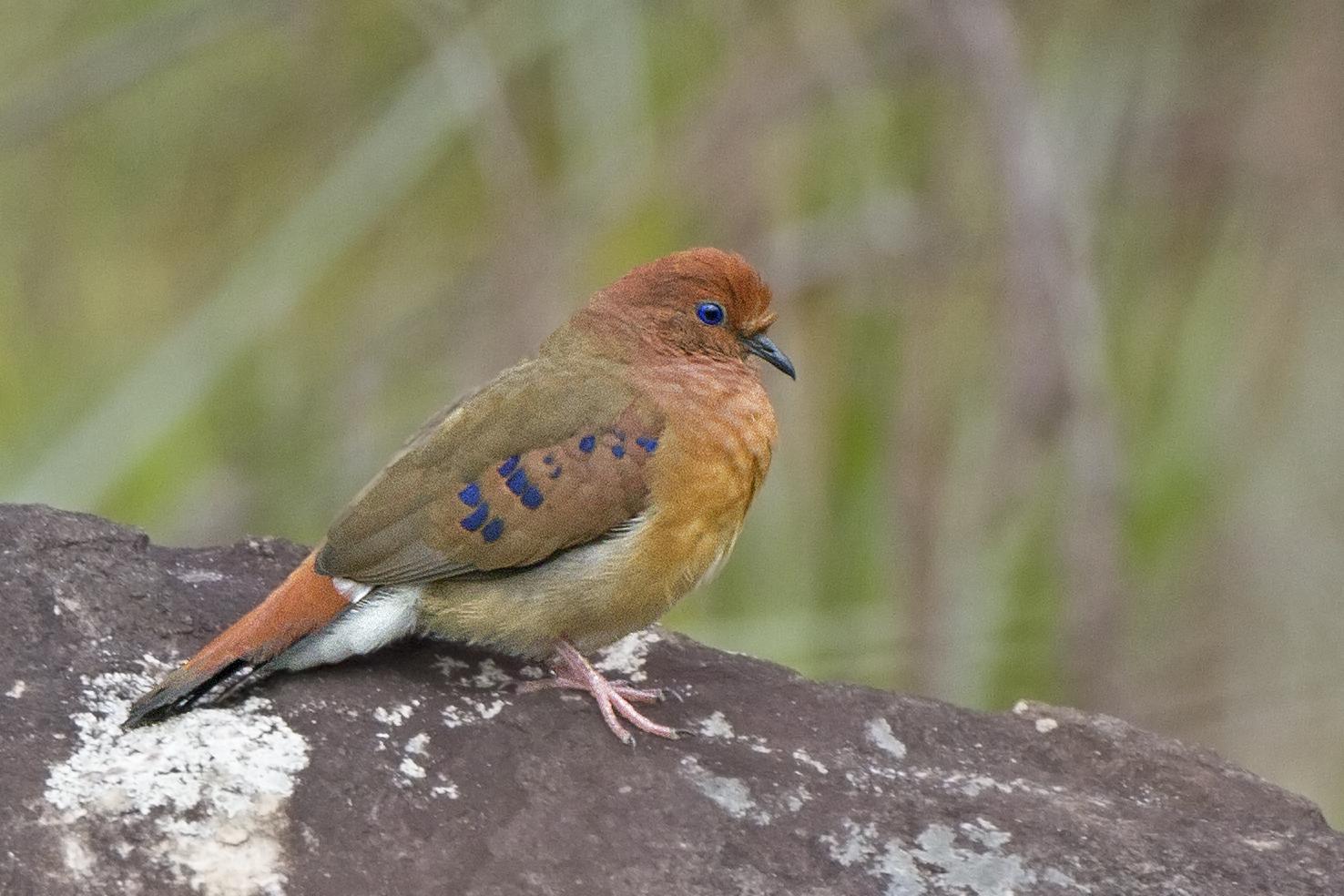 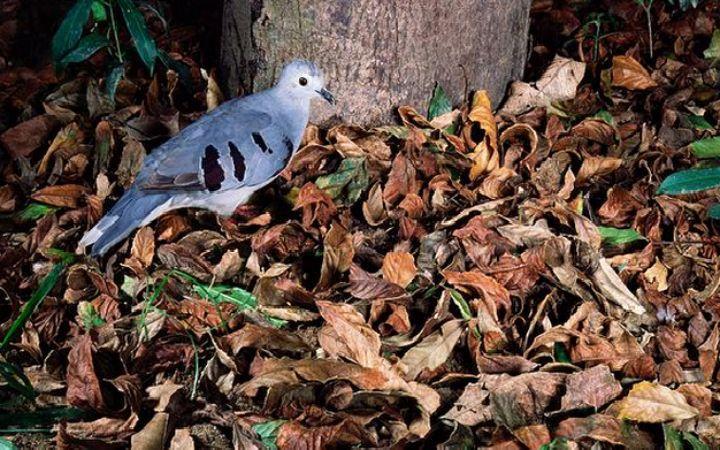 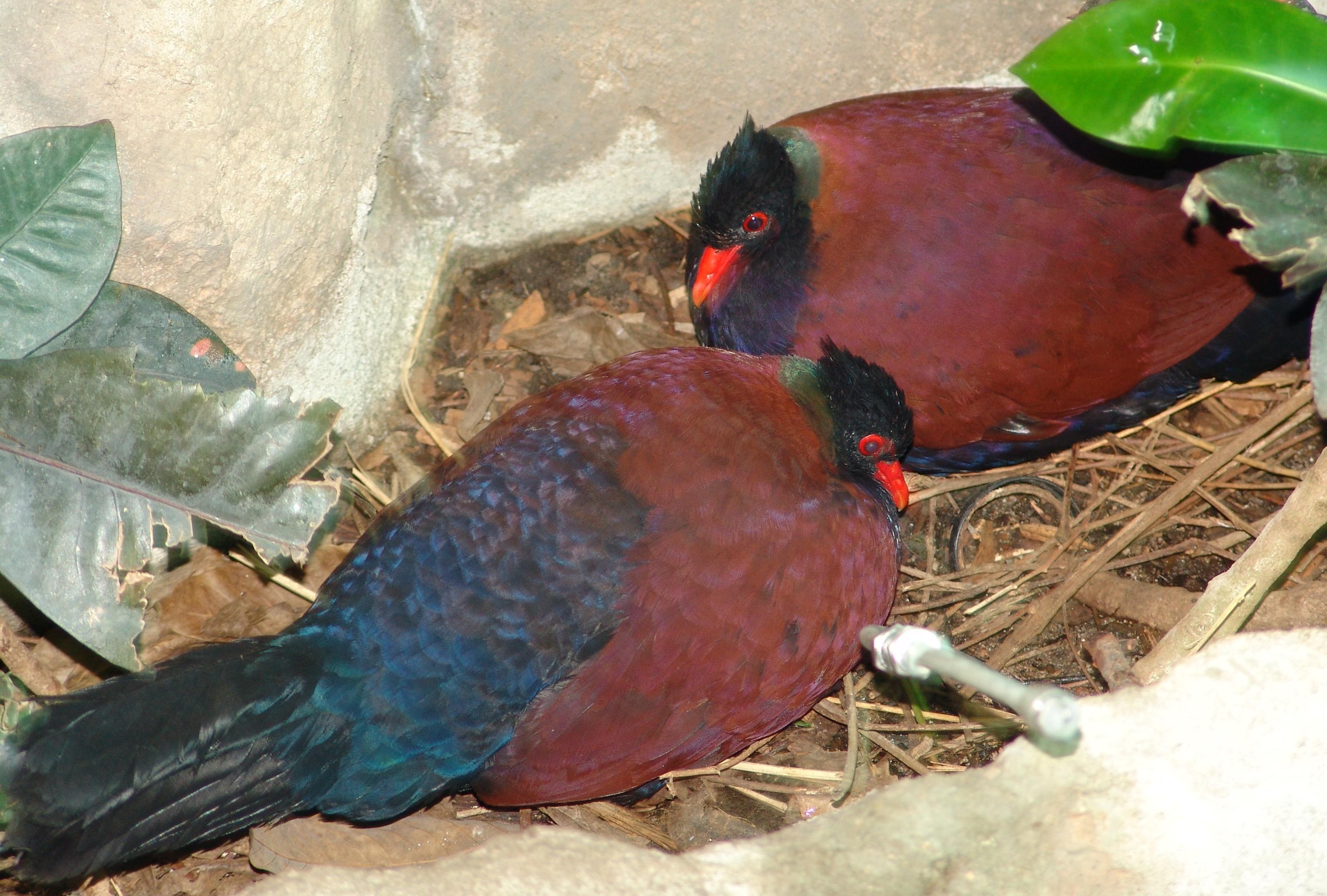 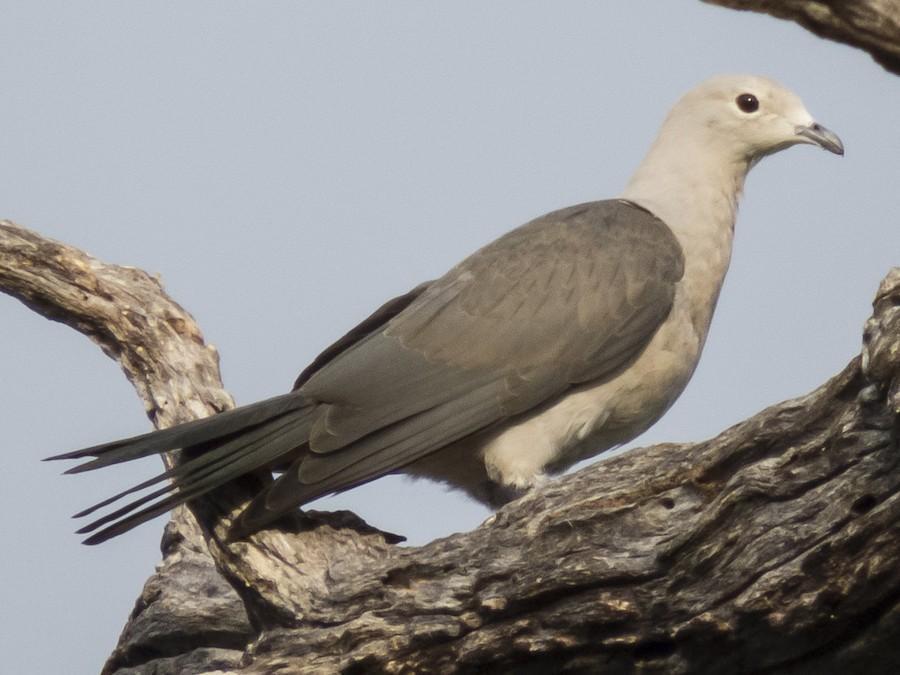 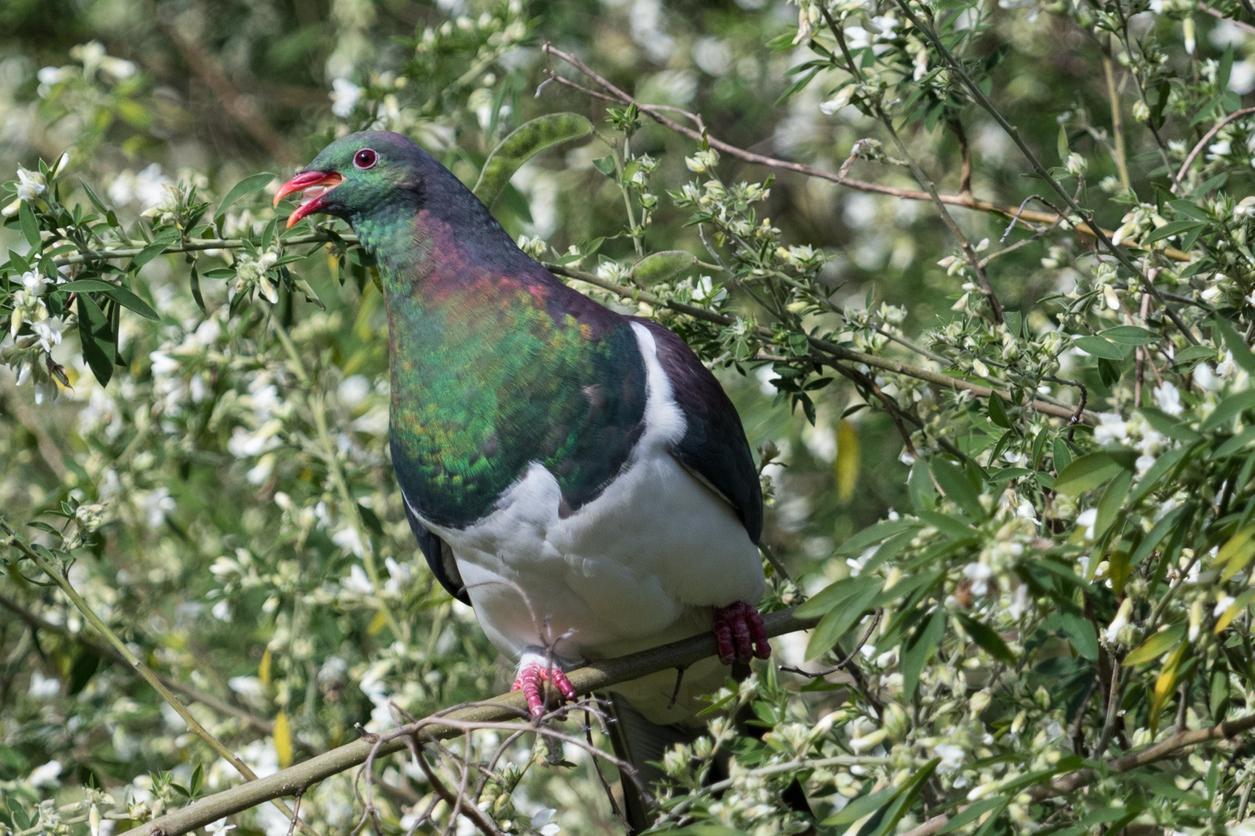 1 of 11
Different Types of Pigeons
Back to top