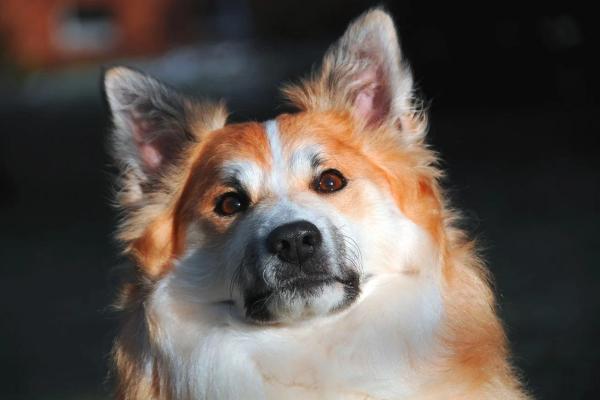 The Icelandic Sheepdog is a breed of dog native to Iceland, where it is considered a popular national symbol. Due to its hardiness, agility and intelligence, it has been used to herd cattle and sheep throughout history. However, in addition to its role as a shepherd and protector of the herds, it is also considered an excellent companion dog due to its cheerful and friendly nature.

Would you like to learn more about the Icelandic Sheepdog? Then do not hesitate to read the following AnimalWised file, where we describe in detail the main characteristics of this dog breed.

Origin of the Icelandic Sheepdog

The Icelandic Sheepdog is the only dog breed that originated in Iceland. It was introduced to the island by the first Vikings more than 1,000 years ago.

Over the centuries, the Icelandic Sheepdog adapted to the harsh terrain of Iceland and the needs of Icelandic sheepdogs, becoming an exceptional sheepdog. However, in the late 19th century, a disease wiped out more than 75% of the Icelandic Sheepdog population. This situation and the decline in agricultural needs in the early 20th century brought this breed to the brink of extinction. Today, however, thanks to the work of breeders in Iceland and other countries, the population of this dog breed has recovered. Nowadays, it is kept not only as a grazing dog, but also as a pet, due to its cheerful, friendly and playful character.

If you are interested in learning more about shepherd dogs, we leave you this post with the different types of shepherd dogs.

Characteristics of the Icelandic Sheepdog

The Fédération Cynologique Internationale (FCI) places the Icelandic Sheepdog in Group 5 (Spitz and Primitive type dogs), Section 3 (Nordic Watchdogs and Herders). The main characteristics of its breed standard are the following:

Colors of the Icelandic Sheepdog

Within the breed, two varieties are distinguished, depending on the length of the coat:

Regardless of the length of the hair, the coat color of the Icelandic Sheepdog is always a combination of white and other predominant colors, which can be:

White markings are usually found on the face, neck, chest, legs (boots of varying height and on the tip of the tail). Also, brown and gray dogs often have a black mask on the face.

Character of the Icelandic Sheepdog

As for their temperament, Icelandic Sheepdogs are happy, affectionate and playful dogs. When they do their herding work, they concentrate on their work, and it is common to hear their barking frequently, as their barking warns of danger.

In general, they are dogs that adapt perfectly to families with children and to other dogs. However, it is not recommended to keep them in a house with smaller animals (such as rabbits, guinea pigs, etc.), as they tend to chase small animals due to their herding instinct.

Also, keep in mind that these are particularly active dogs that really enjoy outdoor activities and long walks with their owners. For this reason, it is also not recommended to keep them in apartments or small houses. They should live in houses with large properties where they can enjoy the outdoors.

Care of the Icelandic Sheepdog

In addition to the basic care of any dog, dogs of this breed have a number of special features that must be observed:

Training of the Icelandic Sheepdog

As with any other breed, training and socialization with humans and other animals must begin at an early age.

The Icelandic Sheepdog is an intelligent and willing dog, so it is generally easy to train and learns quickly. However, training should always be based on positive reinforcement, as harsh corrections can have very negative consequences for the animal.

As a characteristic feature, it should be pointed out that it is a very vocal breed, since it originally barked to warn shepherds of possible dangers in the mountains. For this reason, it is common for Icelandic Sheepdog puppies to bark at anything that catches their attention. Although this is a normal and natural behavior of this breed, this habit can be corrected with proper positive training.

On the other hand, it is important to remember that a herding dog often has the instinct to chase small animals or even vehicles. For this reason, it is advisable to train and correct this behavior from an early age to avoid dangerous situations in the future.

Health of the Icelandic Sheepdog

Like many other dogs, the Icelandic Sheepdog is susceptible to a number of diseases. Some of the most common in this breed are:

Regular veterinary examinations (twice a year) are important to detect these or other diseases early and to initiate early treatment.

Despite some predisposition to some diseases, the breed is generally healthy and has a life expectancy of 12 to 14 years.

Where to adopt an Icelandic Sheepdog

If you are thinking of adding an Icelandic Sheepdog to your family, we recommend that you first visit the animal shelters and animal welfare organizations in your area. This allows you to personally meet the dogs waiting to be adopted.

However, you should know that the Icelandic Sheepdog is not a common breed, so it might be difficult for you to find a dog waiting for a foster home. For this reason, you can also contact the clubs or societies responsible for the breeding and preservation of this breed, so that they can help you in your search.

When you take in a new member of your family, don't worry about whether it conforms to a breed standard, but rather whether you can adopt the pet's needs and lifestyle into your own.

Upload a picture of your Icelandic Sheepdog 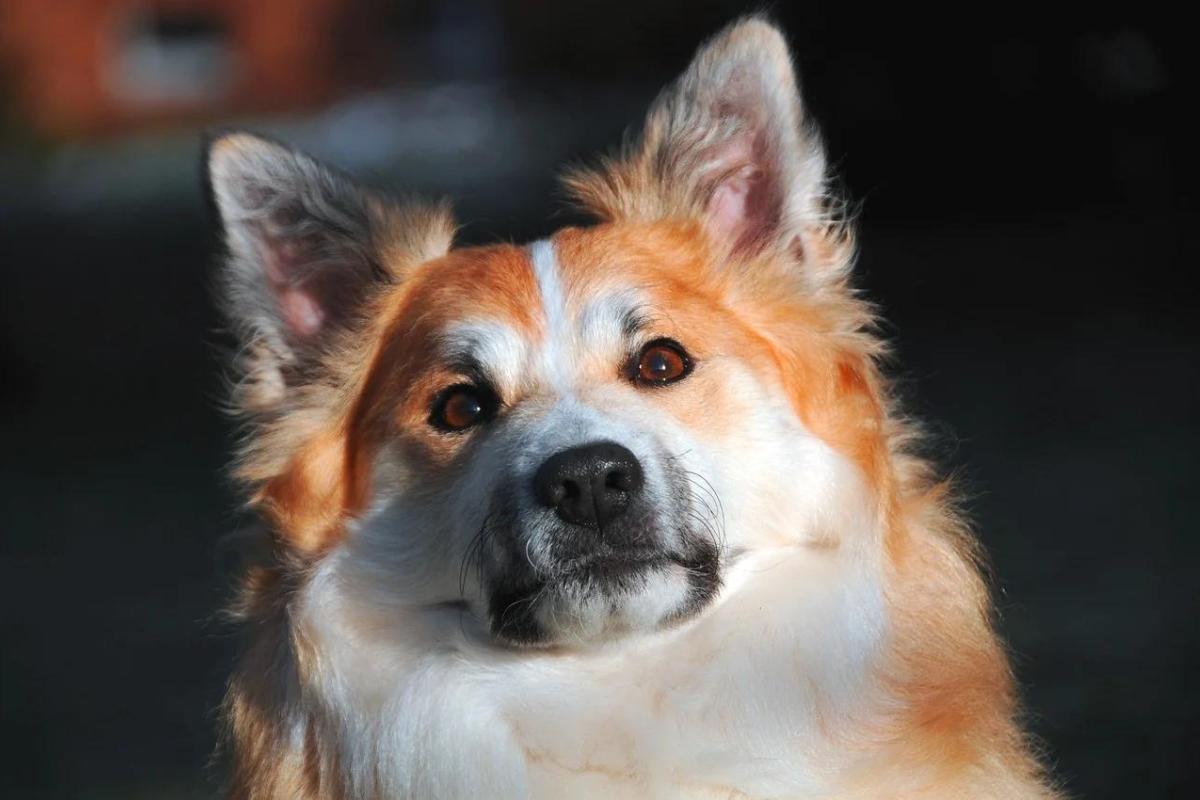 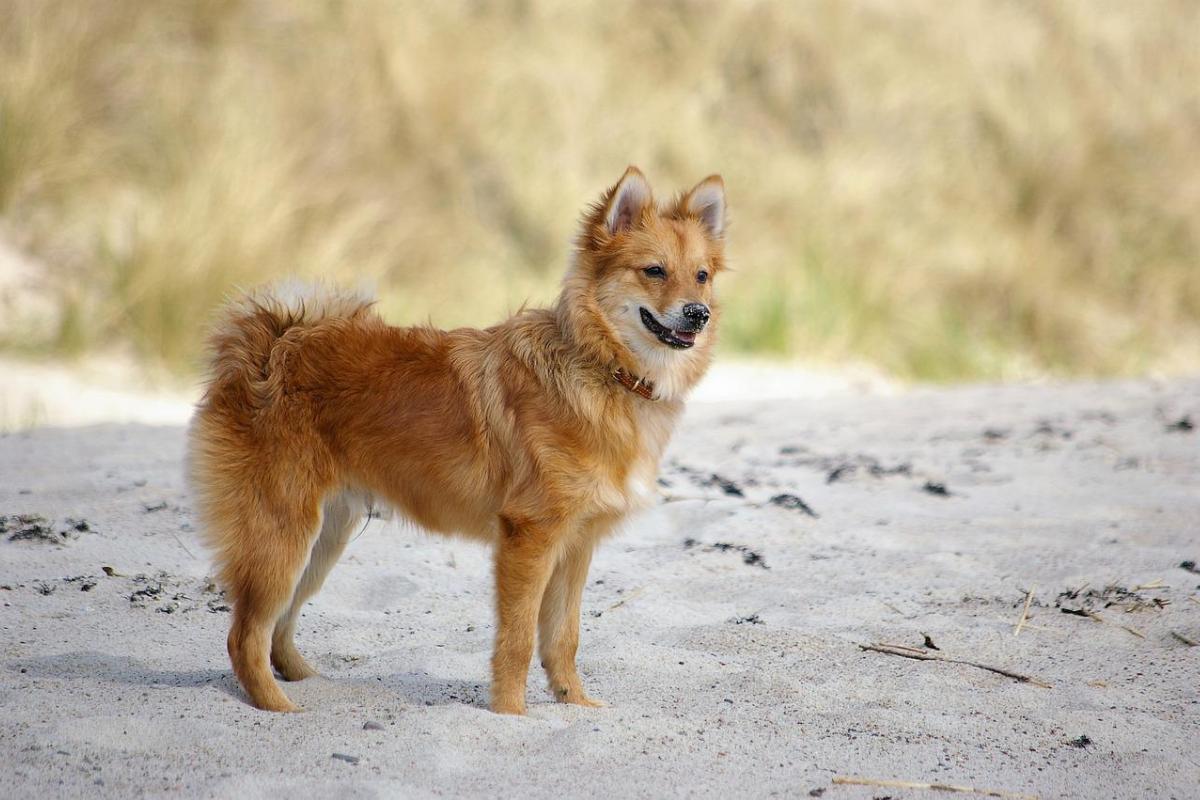 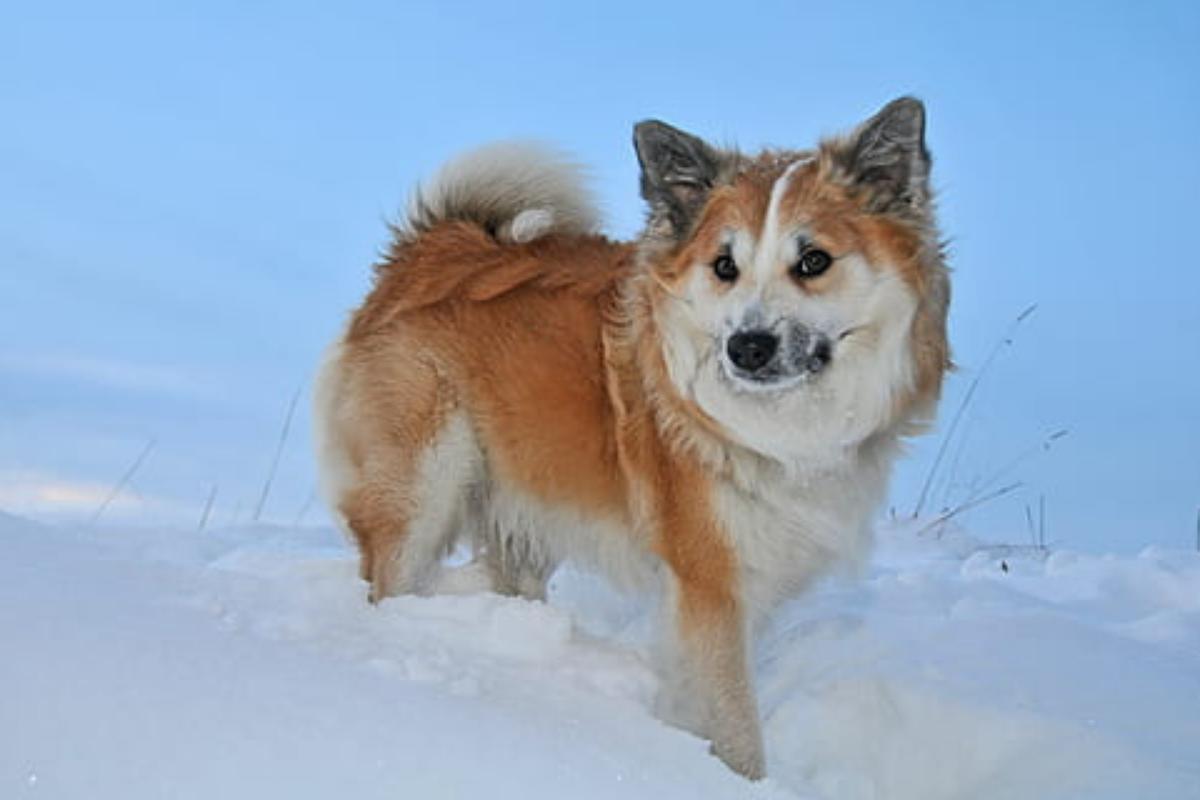 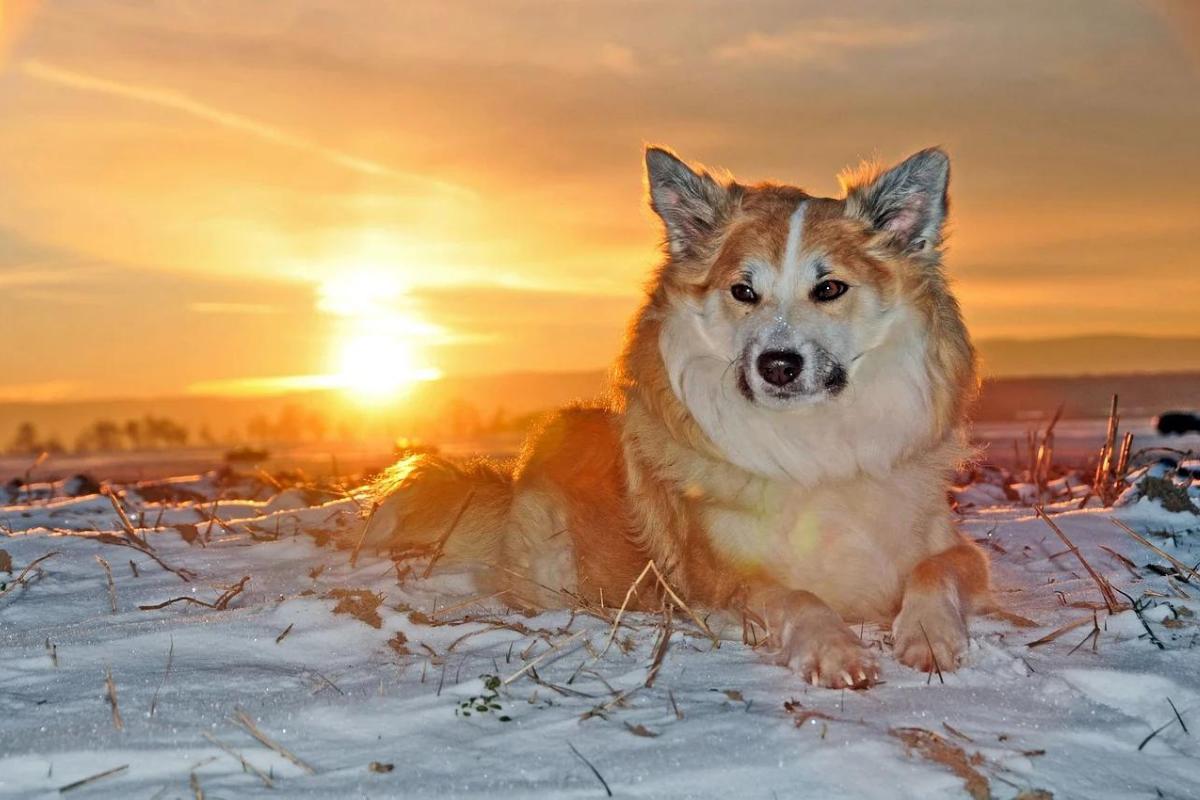 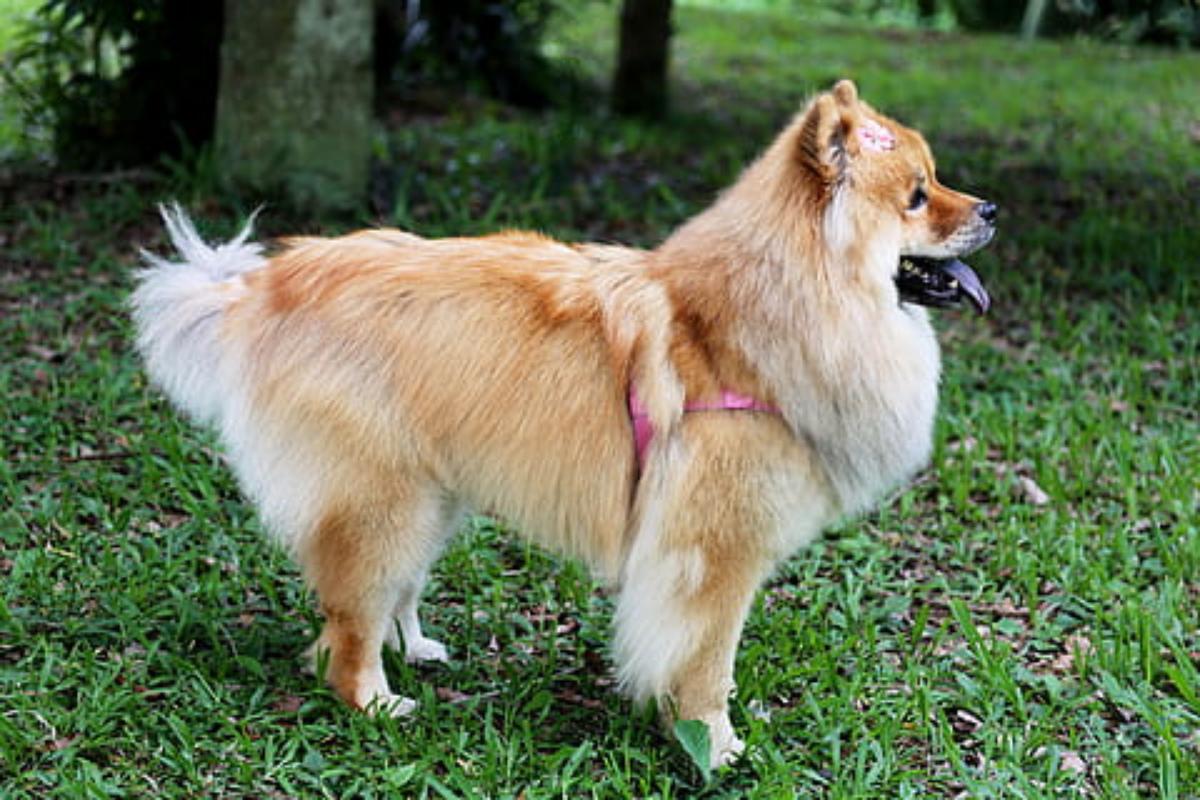 1 of 5
Icelandic Sheepdog
Back to top