The Boxer is a German working breed of the molosser type, descending from the now-extinct Bullenbeisser and Old English Bulldog. They are medium-sized dogs that were originally used as guardians, but nowadays they are extremely popular as companions.

These dogs were first bred in Munich, Germany, in a breeding center called Von Dom. During World Wars I and II, Boxers were used as messengers: they carried communication cables and occasionally wounded soldiers across battlefields. They are also trained as police dogs in many countries, and it holds the 9th place in the World Canine Association's ranking and the 7th in the American Kennel Club's.

Over time, Boxer dogs became the ancestors of the Cordoba Fighting Dog (extinct), the Guatemalan Dogo and crossbreeds like the Bull-Boxer and the Akita Inu Boxer.

In this AnimalWised file we'll go over everything you need to know about Boxer dogs, including their temperament, diet, training and education.

Origin of the Boxer

The ancestors of the Boxer dog are two German molosser breeds: the Bullenbeisser and the Bärenbeisser. Historians believe that most of the Boxer's genetic charge comes from a smaller Bullenbeisser variety known as Brabanter Bullenbeisser. These breeds participated in big-game hunting, assisting hunters to chase and hold the prey: they were resilient, strong dogs with a great prey drive.

Over time, the ancestors of the Boxer were crossbred with the Old English Bulldog and began to be used to control cattle, becoming livestock herding dogs. Since they were easy to train, they were also used in circus and theater shows. Three German men, R. Höpner, E. König and F. Robert, decided to establish a breed standard in 1894. On the following year, a Boxer Club was founded. In 1904 a register was started, describing the standard for Boxer dogs that kept working as the breed's aim.

The origin of the name is not clear, but different theories have been brought forward. Some historians suggest that the name "Boxer" refers to the punches these dogs throw when fighting, which remind us of boxers. However, it seems unlikely that German breeders would have chosen an English name. Another theory has it that "Boxer" is a degradation of Boxl, a popular nickname for the Brabanter Bullenbeisser.

Physical traits of the Boxer

The Boxer is a medium-sized dog, with a strong, heavy head and very powerful jaws. Their muzzle is short, and they have a black mask. It used to be common to crop Boxers' ears and to dock their tails, but nowadays both practices are rejected by most breeders and vets, and in fact they are banned in many countries.

Their neck is wide, strong and well-muscled, as are their hind legs, and their ample chest gives them a majestic presence. Their coat is short, smooth and soft to the touch, and it can come in many colors from fawn to black or brindled, and they can have white markings. Almost a quarter of all Boxers are partially or completely white, and many of these are deaf. There are also albino Boxers.

Temperament of the Boxer

The Boxer's excellent sense of smell and their courage in crisis have turned them into one of the most useful breeds to assist firefighters. Their skills and qualities are many, as they are loyal, vigilant and active dogs.

They are docile and close to their family, and they would never hurt one of their own: in fact, they can be overprotective if they notice aggressive behaviors towards what they see as "their pack". They are willing to please their owners and they are patient with children. Although they can be rough when playing, they never have bad intentions. Boxers are quite territorial and dominant, and they will always alert of strangers nearby. It will be necessary to socialize them as puppies to ensure proper communication and openness with humans and other dogs.

Boxers are curious dogs, and very affectionate. They develop deep bonds with their owners, and they do their best to stay close to them. Their empathy, confidence and spontaneity make them excellent therapy dogs; they will assist their wards in relating to their environment, releasing stress and grounding through physical contact. They also get along with children, since they are steady, warm and playful.

When Boxers are not properly socialized and neutered, they can be a bit too dominant with other dogs, especially in the case of males with other males. If they have been well trained, though, they behave perfectly with other pets and interact with them without any problem at all.

Caring for a Boxer

Boxer dogs need two or three daily walks besides regular physical exercise. They enjoy running and fetching objects, especially toys that make noise, and developing their muscles. However, they are prone to obesity and require a monitored, balanced diet to prevent becoming overweight.

These dogs need to be physically and mentally stimulated to stay happy. They love to be pampered and take the spotlight: a properly socialized Boxer will love to hang out with other pets, discover new environments and track the scents of plants or other objects. They can live in apartments as long as they get enough open air and daily exercise.

If you adopt a Boxer you will have to keep a close eye on their nails, as well as clean up their rheum and drool. You will have to bathe your dog monthly, but take care when they are a puppy, since they get cold very easily and you must respect the natural protective layer of their skin.

Boxers rank at the 48th spot in the dog intelligence ranking: they respond to new games and commands eagerly because of their close relationship with their owners, but they will need a bit more time to learn than other breeds. When training a Boxer you will need to use positive reinforcement and treats for dogs, which will motivate them to pay attention.

They can learn basic commands and tricks such as sitting down, shaking paws, laying down, spinning around, fetching toys, etc. Boxers are obedient and love to feel useful and carry out tasks at home, such as warning there are strangers approaching, taking care of the small ones and protecting them from any dangers.

You must beware of extreme heat and exercise, since Boxers do not always breathe properly and may suffer a heat stroke: this is quite common in dogs of the molosser type.

Although the life expectancy of Boxer dogs is of around 10 years, a happy and healthy dog can live until 13 or even 15. They are prone to cancer and to a lesser extent to heart conditions, hip dysplasia and epilepsy. You should also watch out for gastric torsion and food allergies.

Boxers have delicate skin, and if they don't have a comfortable bed or spend too much time outdoors they may develop calluses on their elbows. They need to have a soft place to rest inside the home.

Upload a picture of your Boxer

Administrador AnimalWised
13/05/2022
We provide more info in this article which might be of help: 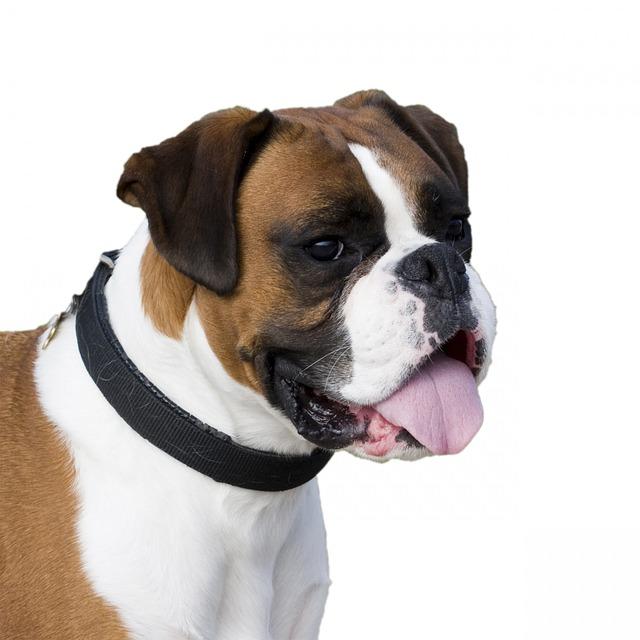 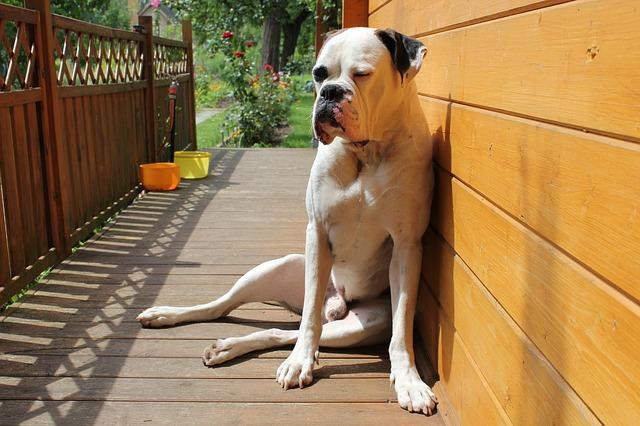 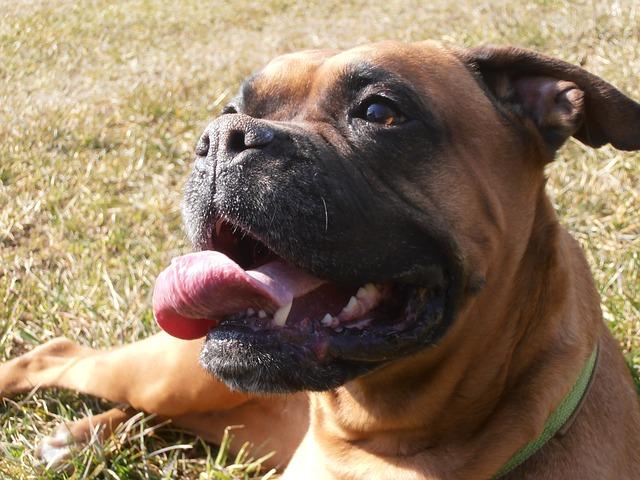 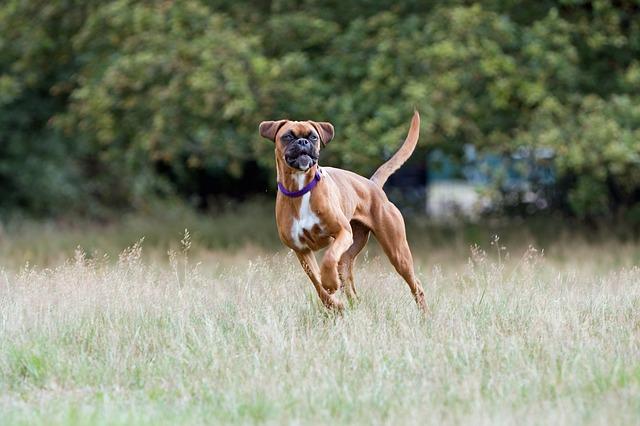 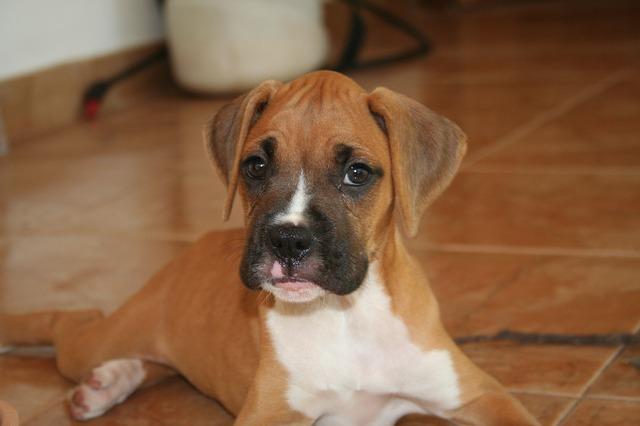 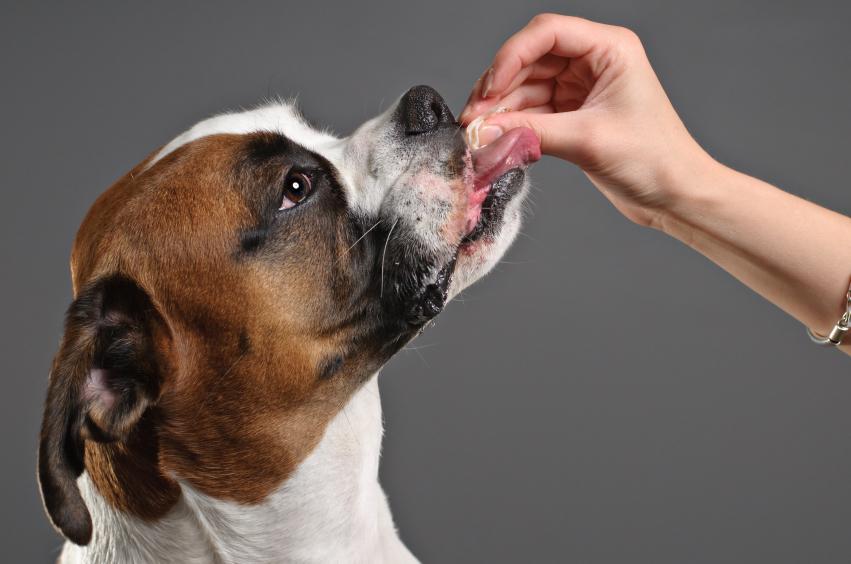 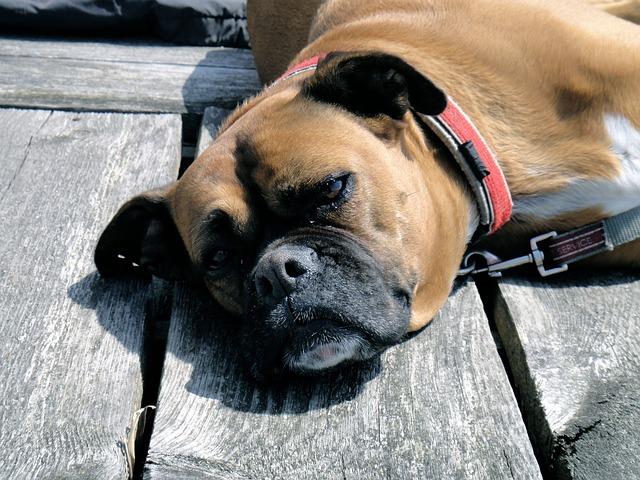 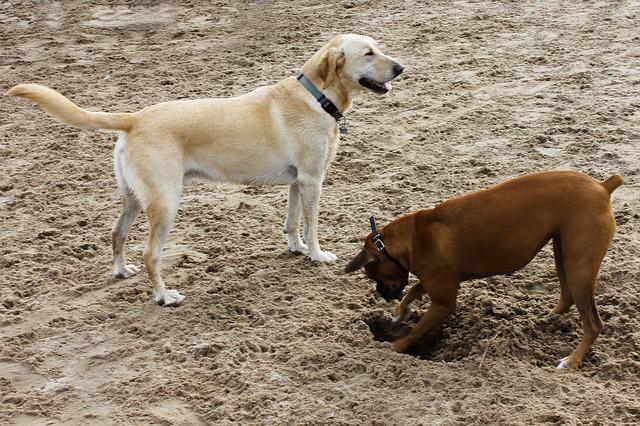 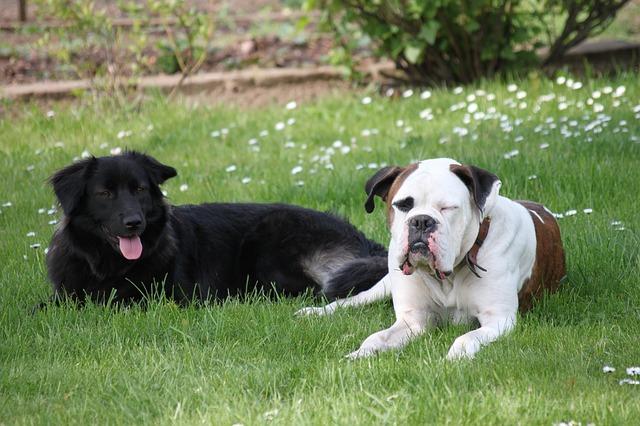 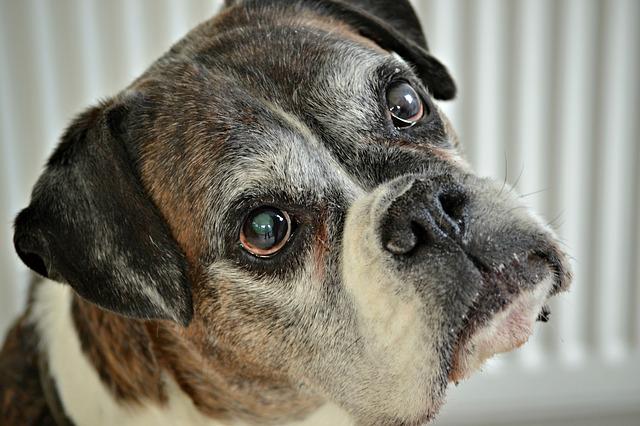