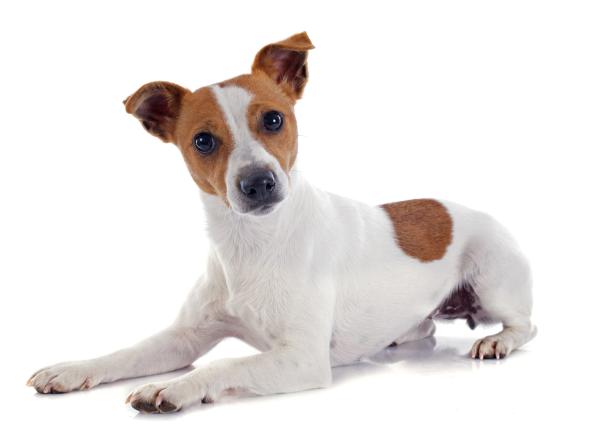 The Jack Russell Terrier breed was developed in the United Kingdom, and it descends from the dogs bred by the Reverend John Russell in the early 19th Century. Driven by his love of fox hunter and his devotion to terrier dogs, the reverend decided to cross different dogs: the result were this breed and the Parson Russell Terrier. Although the two breeds look very similar, they are different in size, as the former is shorter in height and longer in body than the latter.

Over the years, the the breed was continued in the UK, Australia and the US where several Jack Russell Terrier Clubs were started during the 1970s. The breed standard was finally established at the turn of the 21st Century.

Do you want to learn more about the Jack Russell Terrier? Stay with us at AnimalWised and read on!

According to the official breed standard, Jack Russell Terriers should be longer than they are tall, which usually is about 25 to 30 cm (10 to 14 in) to the withers. The main difference between them and Parson Russell Terriers is that the former have shorter legs and an elongated body.

They usually weigh 5 to 6 kg (11 to 13.5 lb). To know if your Jack Russell Terrier is at a healthy weight, make a simple calculation: each 5 cm (2 in) of their height for 1 kg (2.3) of their weight. If your dog is 25 cm (10 in) tall to the withers, they should weight about 5 kg (11 lb). Although they are small, you shouldn't be fooled by the Jack Russell Terrier's short height: their legs, chest and back are usually strong and muscular.

Jack Russell Terriers have a relatively wide muzzle, with a black nose and lips, and deep and powerful jaws. Their eyes are usually dark, small and almond-shaped, with a black rim, and their ears are always folded or semi-pricked, covering the auditory channel. Their coat is short, and it can be rough, smooth, or "broken", that is, the two at once. Jack Russell Terriers are mostly white, and they usually have black or tan markings in different patterns and shades, usually with a mask.

Caring for a Jack Russell Terrier

As a small-sized breed, the Jack Russell Terrier is suitable for apartments and small homes; they will adapt to any space as long as they get enough exercise. This is very important because of their hunting origin: they have a natural tendency to accumulate energy to run around.

However, Jack Russell Terrier puppies cannot be allowed outside until they have been dewormed and vaccinated. Meanwhile, you should motivate your puppy to play at home. Once they can go out, start with short walks and let the puppy get to know their environment and get used to noise, other dogs and strangers. The socialization process is key if you want your Jack Russell Terrier to grow into a balanced, sociable and friendly adult dog.

As your dog grows up, their walks must become longer and more frequently. Regardless of length, you must be constant with exercise and establish a routine. Jack Russell Terriers have short, delicate legs, and they cannot be subjected to low-intensity walks one day and high-intensity workouts another, because their joints would suffer damage. The best thing to do is to walk your dog three times a day in a set timetable, always with the same length and intensity, although you can make two of the walks simple and one of them longer and include games. What you should change is the route and place of the walk so that your friend doesn't get bored!

Like many other small and medium-sized breeds, Jack Russell Terriers tend to suffer from obesity if their diet is not properly monitored, as well as joint and bone conditions because of their fast growth. Both facts make exercise especially important, as well as the right diet for their age. They should be fed junior dry feed until 10 months old, when they can move on to adult food.

Temperament of the Jack Russell Terrier

Like many hunting dogs, the Jack Russell Terrier is quite temperamental, hard-working, daring, bold, curious, alert and very active. Moreover, they are also intelligent and loyal: with the right socialization, they can be very friendly and fun-loving.

Because of their high energy level, Jack Russell Terriers love to play, and they are excellent companions for children as long as they learn to respect their dog. They are also great working dogs, and you can teach them all sort of skills such as scent tracking and even searching for truffles. Jack Russell Terriers are brave, but they are not strong enough to be guardian dogs and thus should not be trained as such for their safety.

Of course, if you are not an active person or do not have children around, perhaps the Jack Russell Terrier is not the right dog for you.

Living with a Jack Russell Terrier

In general, if Jack Russell Terriers are trained with coherence, perseverance and positive reinforcement, they rarely develop behavioral issues. If your dog gets enough walks, once they are house trained they will never do their business inside the home; if you give your dog teething toys, they will never become destructive. However, if they have access to a garden they will surely get digging.

Their excitable and energetic temperament means that they can take longer than other breeds to learn basic dog commands, even if they are very intelligent. Although they are not very docile, daily training sessions and rewards will help them learn all sorts of skills without a problem.

You must bear in mind that Jack Russell Terriers tend to bark. They are alert and curious, so it's no surprise that they always bark when they hear a strange noise or someone is at the door. You will have to train your dog so that they learn when they should bark and when they shouldn't, as well as to channel emotions to prevent stress and anxiety.

After getting to know the Jack Russell Terrier you surely understand why a proper education is necessary for them to stay healthy and stable; otherwise, they can become uncontrollable and put themselves at risk. This is not a breed for beginners, but for experienced owners with a firm hand to guide their temperamental personality.

Jack Russell Terriers must be trained as puppies, as this is when they learn more easily. After choosing their name, the first thing to teach them is to come to your call. Once they are allowed outside you will start their socialization, and they will learn to walk calmly without running away, tugging or getting overexcited. Give your dog time to enjoy their walks and let them sniff and play around. The you can move on to their basic education.

A very effective way to train Jack Russell Terriers is through positive reinforcement, that is, through rewards and treats. Their curious nose will quickly identify the snack hidden in your hand, which will be very useful to get them to learn new commands. Training sessions should not be longer than 15 minutes, although you can have multiple sessions during the day.

Although Jack Russell Terriers are sturdy and healthy dogs, who rarely get sick if given enough exercise and a balanced diet, they are also prone to some hereditary diseases.

Besides these hereditary conditions, a Jack Russell Terrier that does not get enough exercise will develop stress, anxiety or depression. If you notice any anomalies of any kind, go to the vet as soon as possible. Of course, don't miss any veterinary check-ups!

Upload a picture of your Jack Russell Terrier

4 comments
Rating:
Joolz Webb
20/08/2021
My female JR is 6 now, suffers badly with skin irritations, allergies. Have tried many treatments and diets, nothing seems to really solve the problem. Apparently her mum had skin problems too. Any advice? I haven't been down the long and expensive Vet route of tests and steroids etc., Would prefer more natural solutions if possible. Any tips or advice welcome.
Rating:
Danny Clement
08/05/2020
Hello,
I adopted an adult Jack Russell recently from a family member who could no longer have him. His name is Diesel and he is 7 years old. He was not exactly trained at a young age and was trained via negative reinforcement and punishment sometime when he bit and chewed shoes. He is a very good dog, and is obedient enough, but he tends to lightly bite when he feels threatened. I would like to get some help training him as my wife and I are very social and outdoors people. If you have some insight or direct me, I would gladly appreciate it.

We have selected some articles from our site which should help you with your Jack Russel. Good luck! 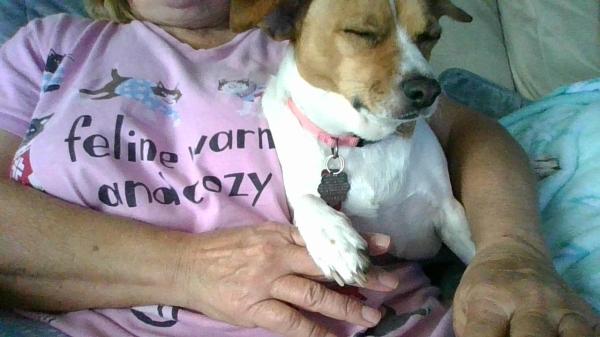 How much and how often should I feed my Parsons Jack Russell? I make homemade food for her consisting of chicken or beef, rice, oats, carrots, apple powdered egg shell for calcium, and a small amount of parsley,

We have all you need to know on this article here:

Check it out and we hope it's helpful!
Jack Russell Terrier 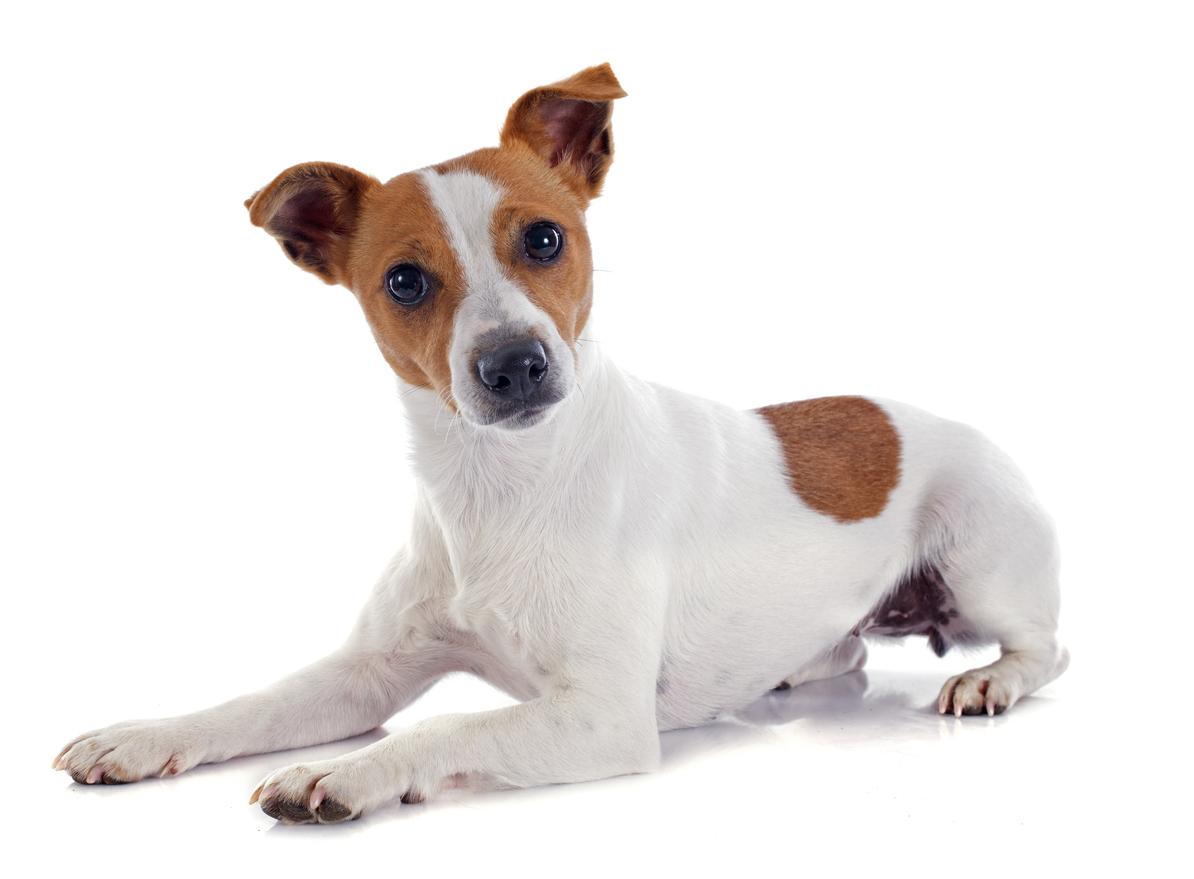 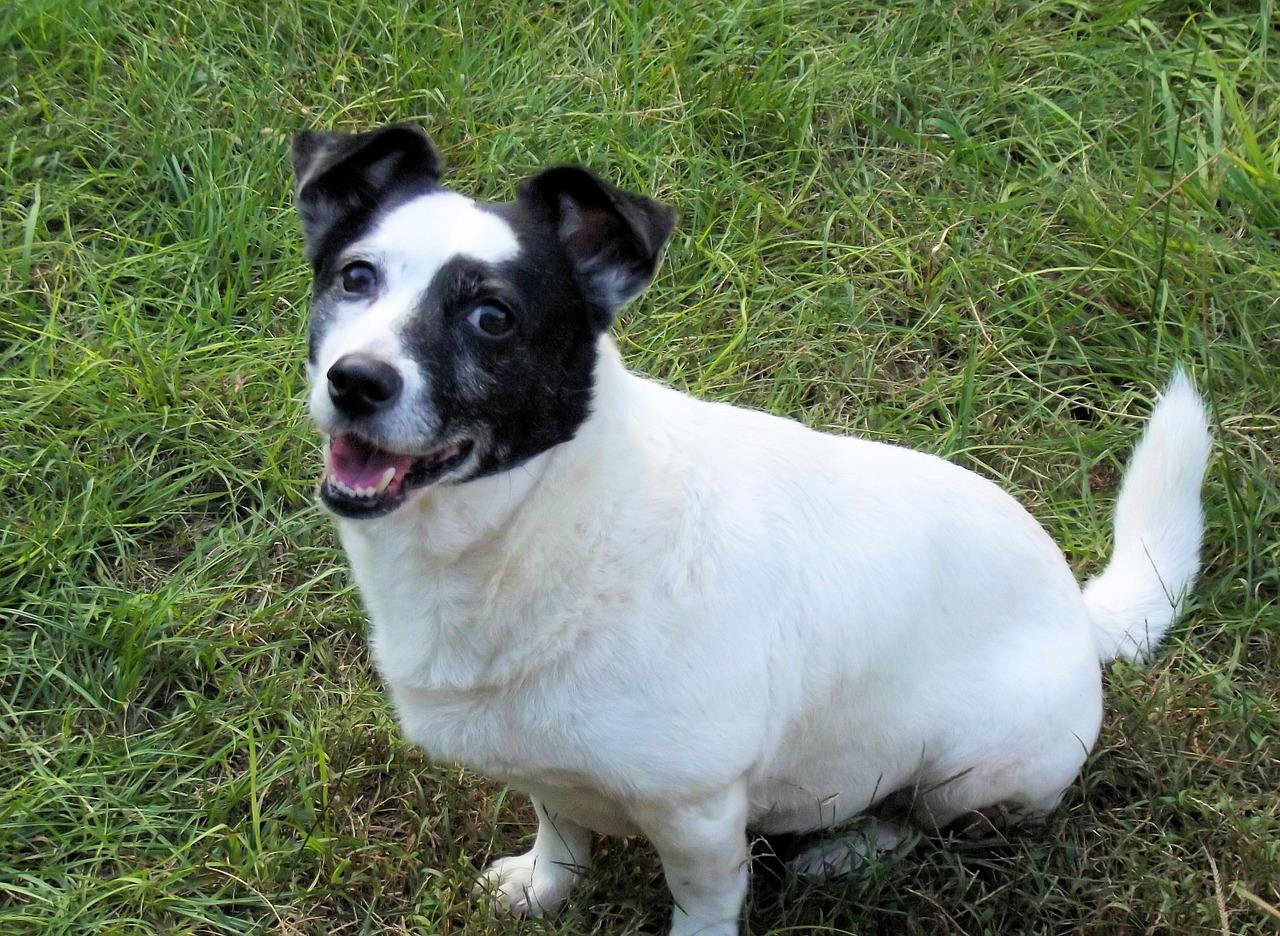 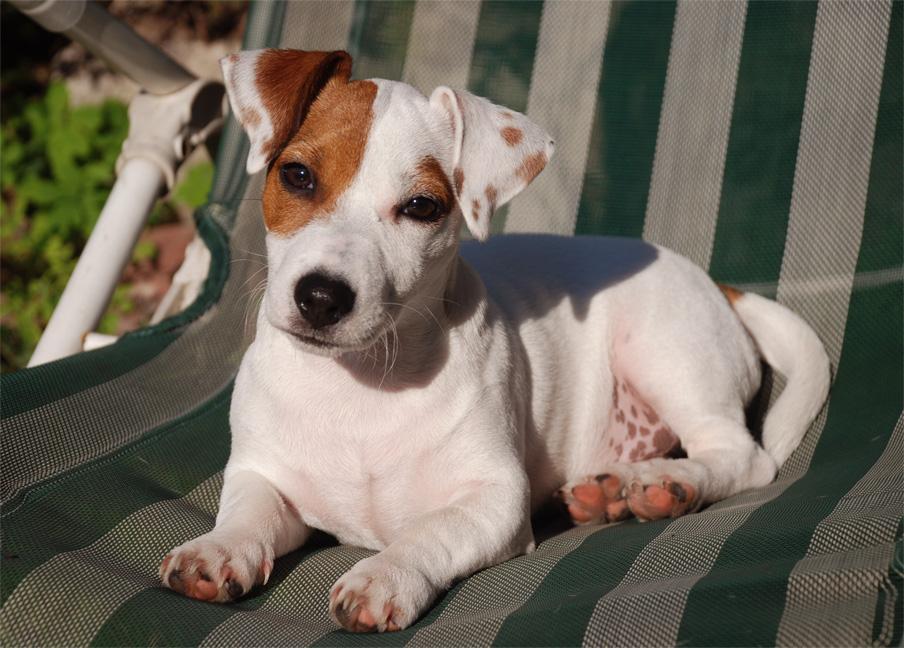 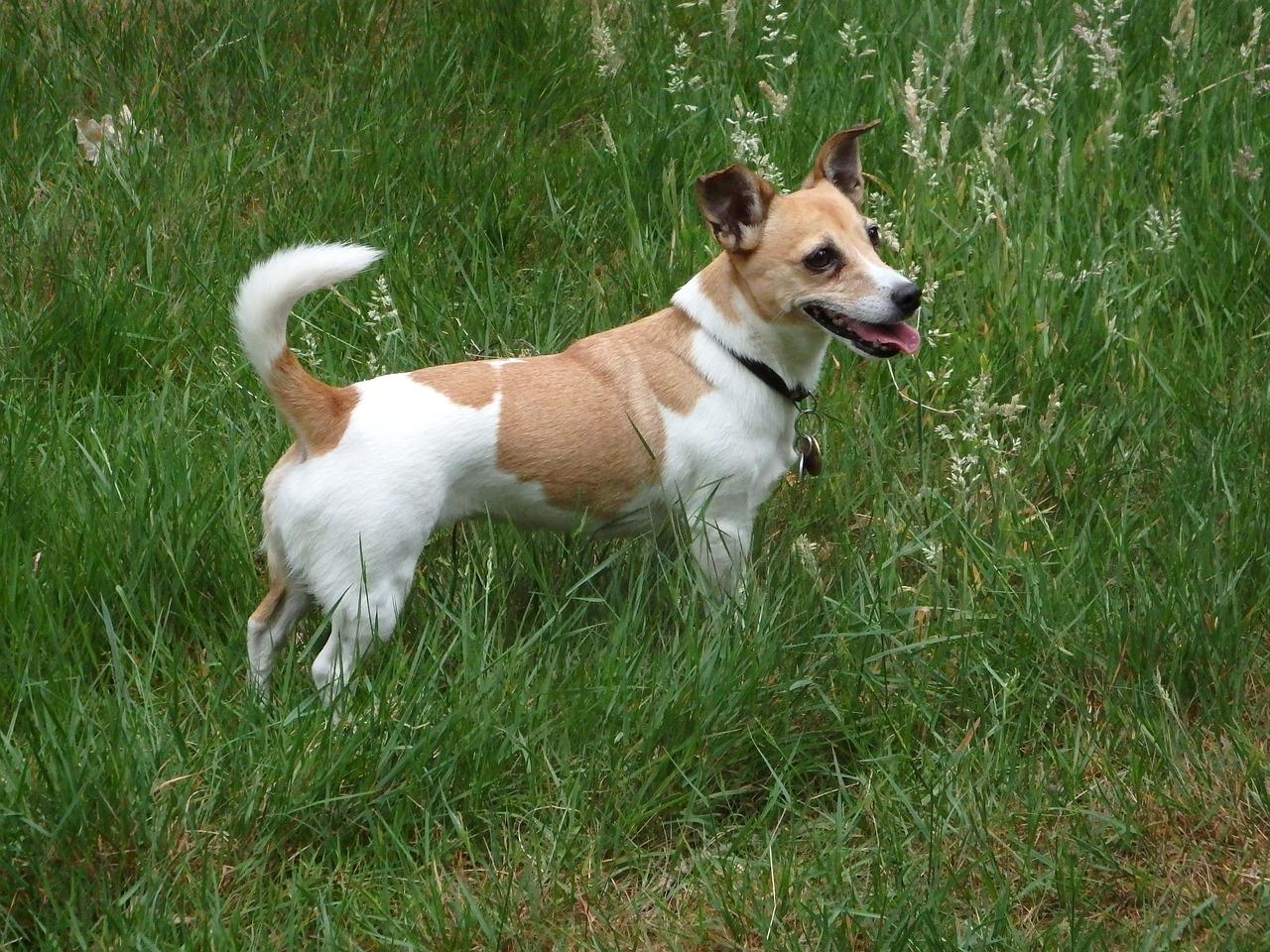 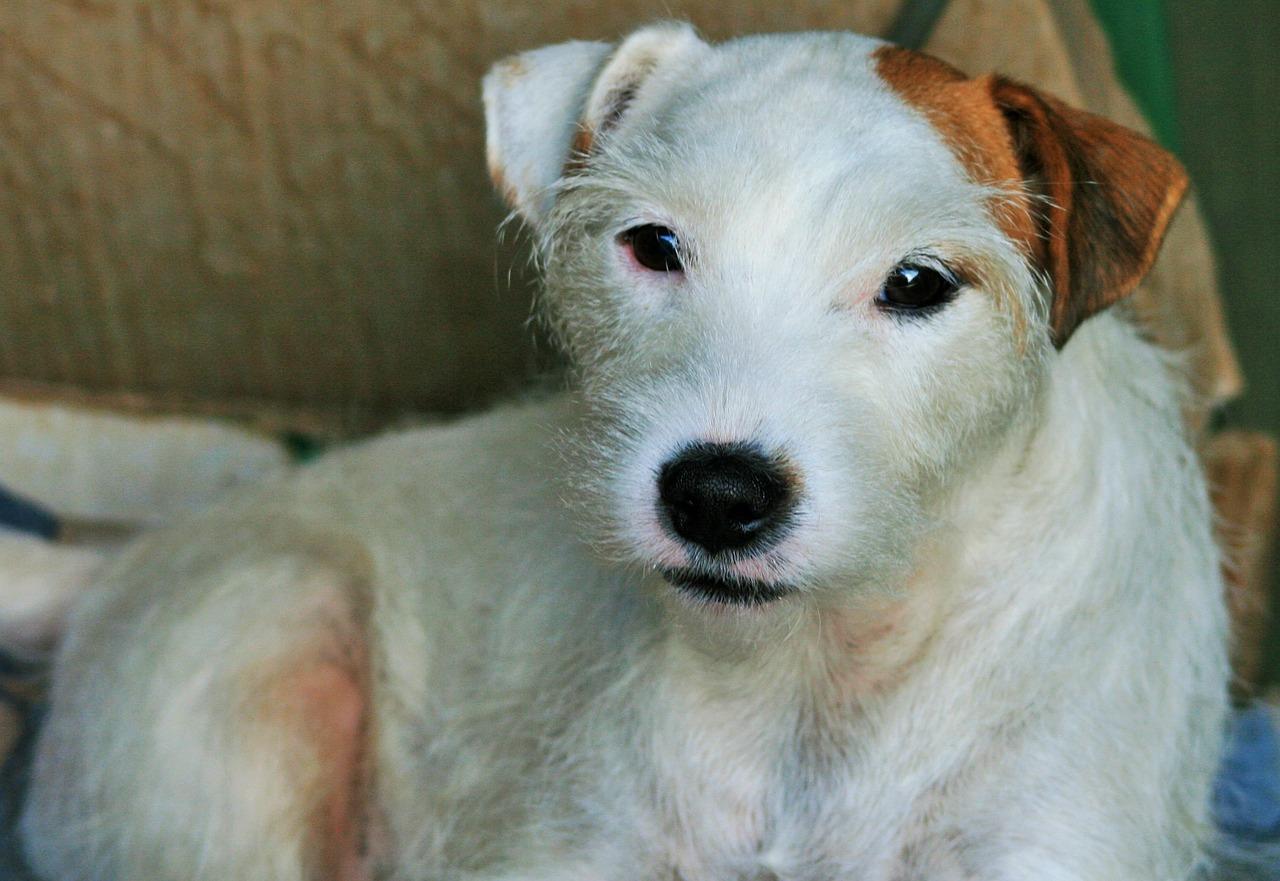 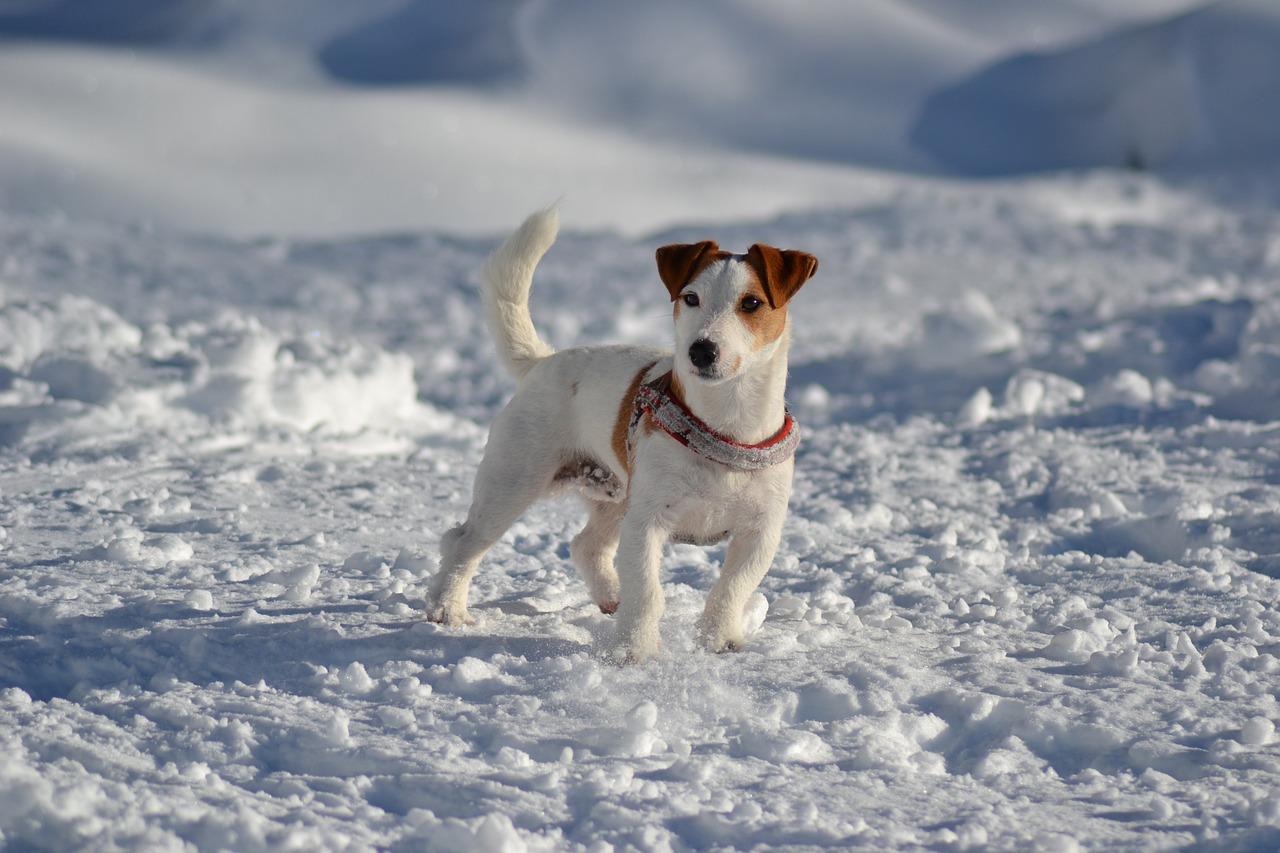 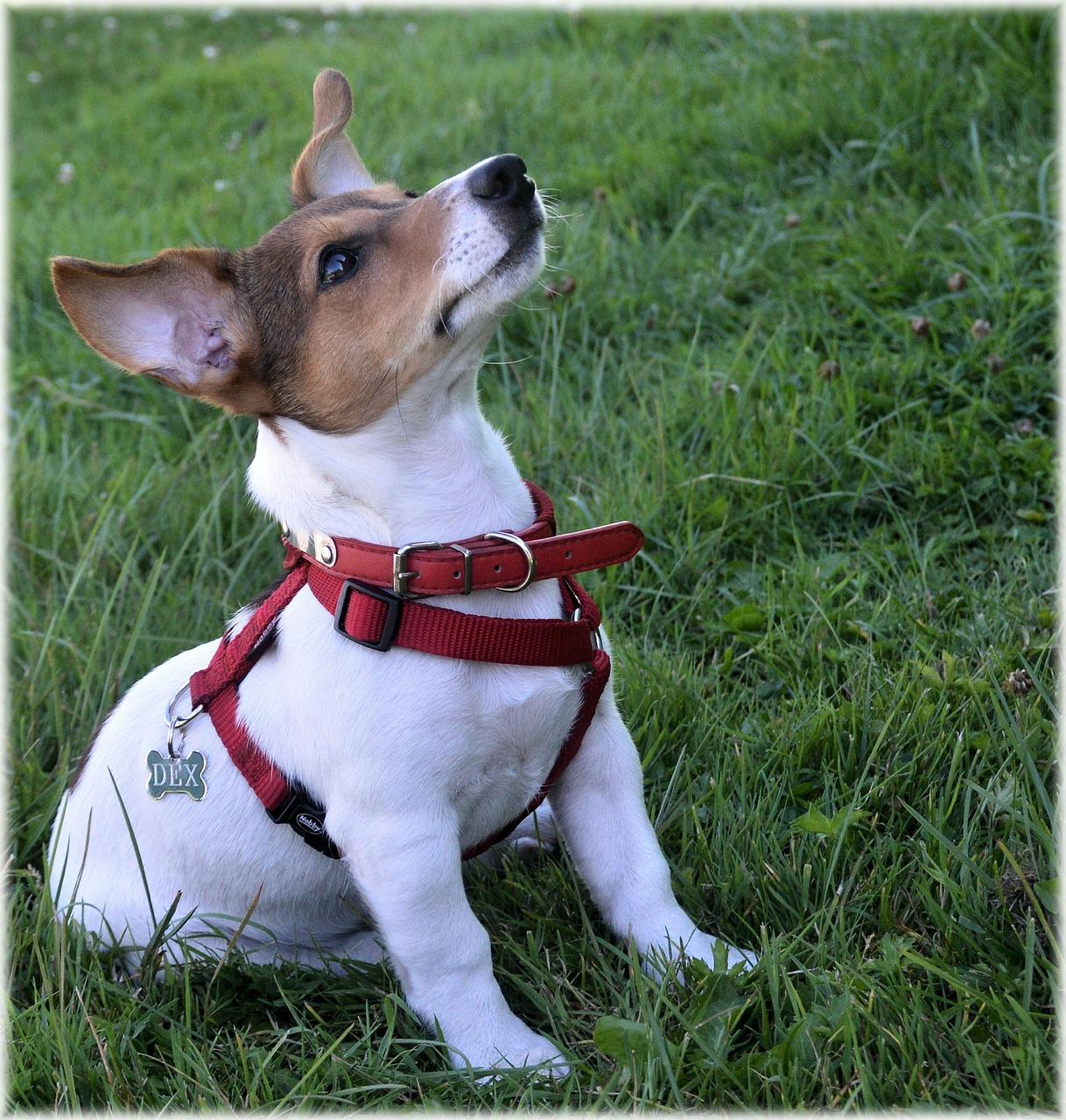 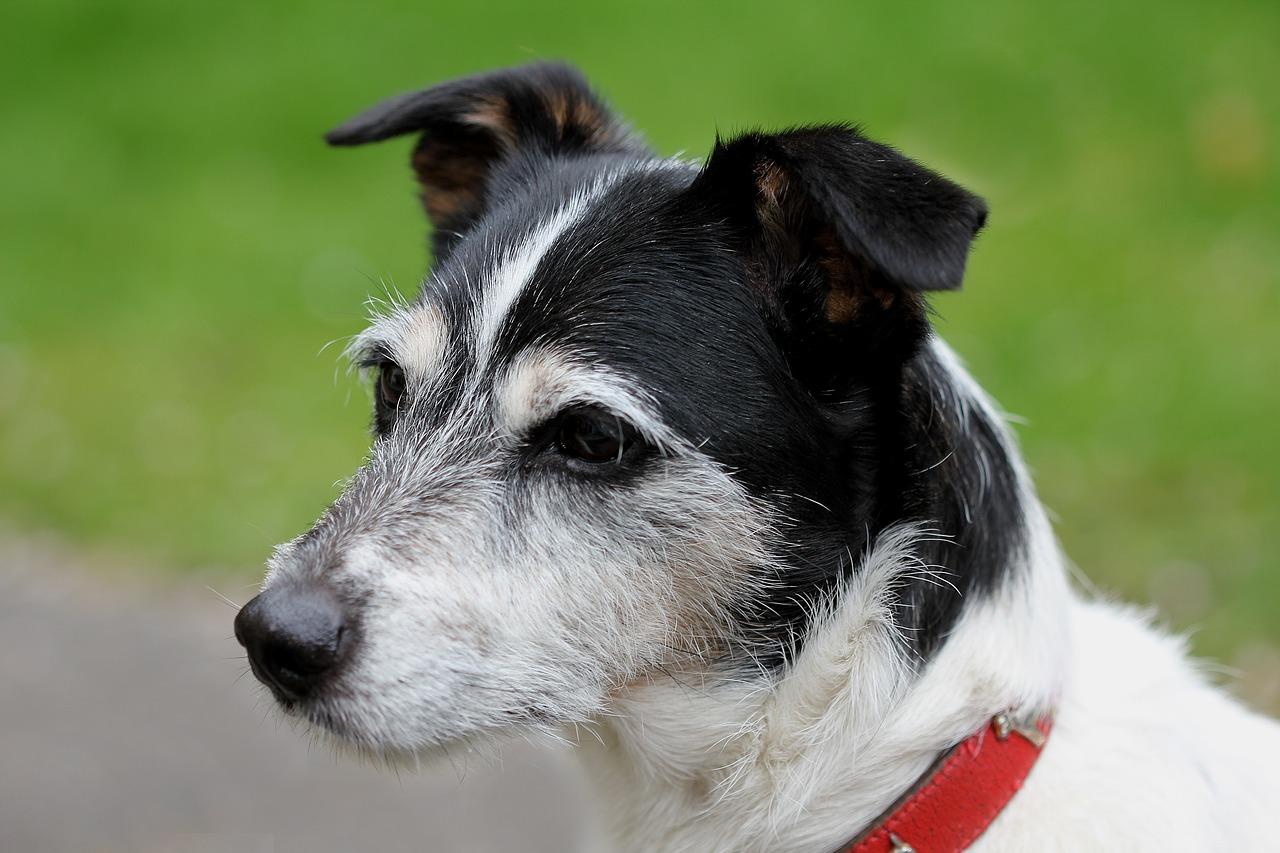 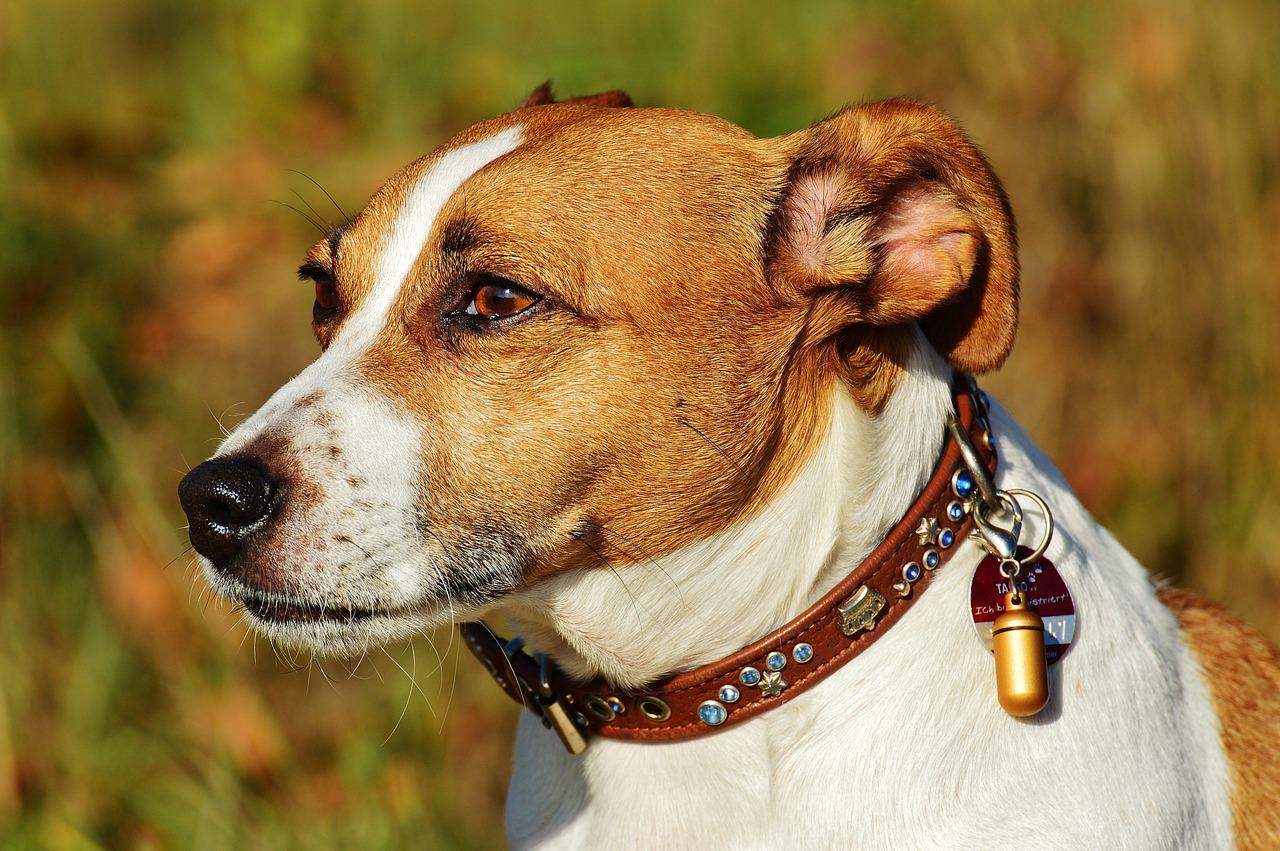 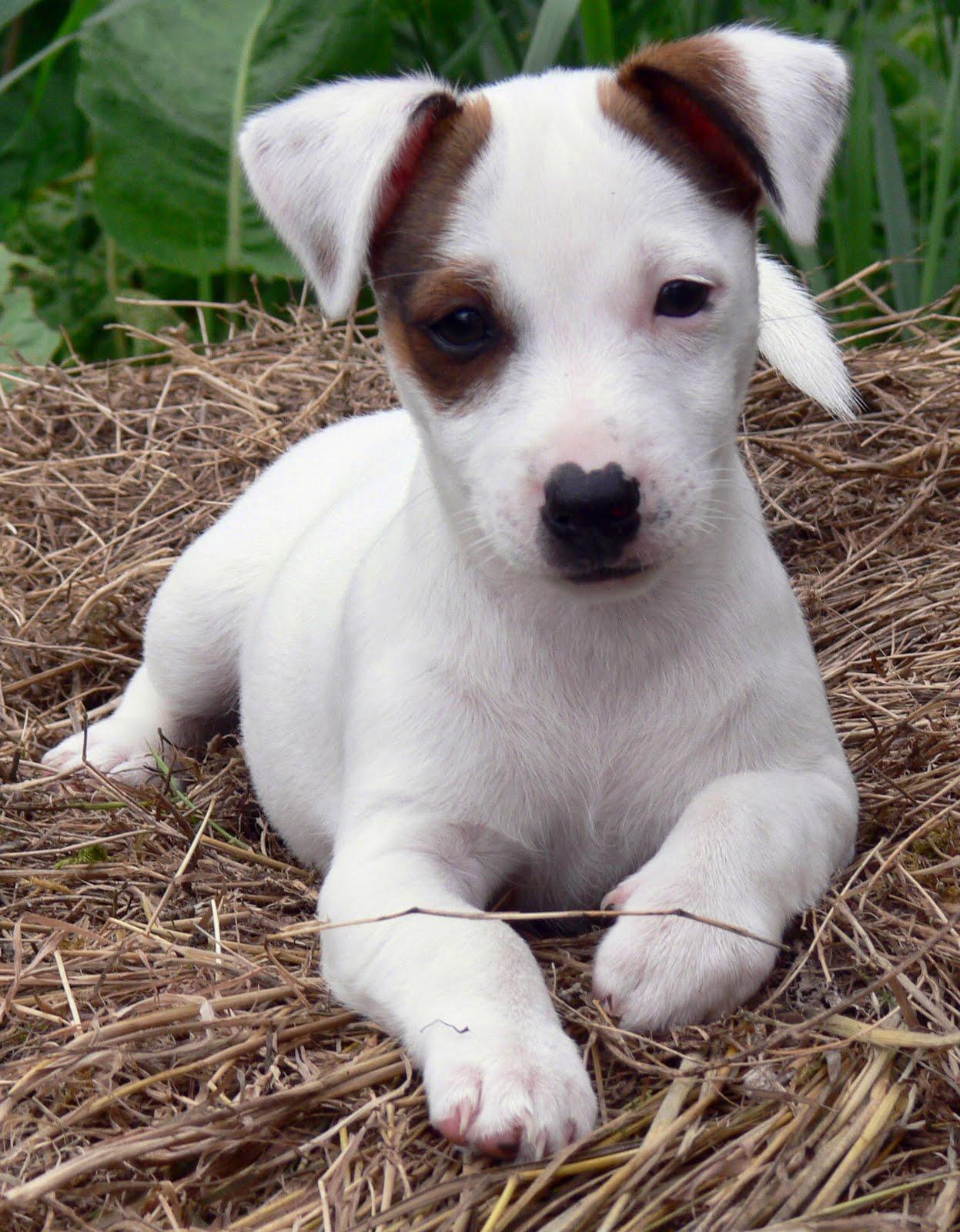 1 of 10
Jack Russell Terrier
Back to top