The Basset Hound belongs the hound group and comes from San Hubert in France, where a noble hunting enthusiast chose this breed for his private hunts. The popularity of this breed for hunting soon spread throughout the country to finally reach Britain. Once in England the breeding of this dog continued until it finally adopted its English origin.

This unique breed has is very popular because it is a notoriously longer than a taller dog and is designed to follow the trail of a prey in difficult terrain. These dogs are excellent companions for hunting. However, today most animal lovers prefer to adopt the basset hound as another pet.

In this breed file at AnimalWised we will share with you all the information you need to know about the basset hound.

Origin of a Basset Hound

In either case, the breed is highly prized for its capability to follow a trail. Today, this dog breed fulfills both hunting dog and companion dog functions.

In addition, its charismatic appearance has led companies such as "Hush Puppies" (shoe brand) to use the basset hound image for their logo.

Characteristics of a Basset Hound

The most significant attribute of the basset hound is its physical appearance, which is very striking and unique. This, together with its sad looking facial features makes it an adorable animal to look at. The body of this dog is elongated and thick in comparison with its very short legs. It is robust despite its small size of 33 to 38 centimeters to the cross and weight of 35 to 40 kilograms.

Its head is large and elongated, with a rounded cranial vault and pronounced occipital crest. It is covered with wrinkles on its forehead and eyes. The upper line of its snout is parallel to the top of its skull. Its big ears fall around its face. Its nose is black and wide, with wide nostrils to encourage tracking. Its snout is deep and heavy, and it has a strong jaw that give the basset a perfect, regular and complete scissor bite. The velvety ears of the basset hound should be so long that they meet in front of the dog's nose. They are of low insertion and should not be flat. On the contrary, they must present folds. Its eyes should be brown and dark, but slightly lighter tones are allowed in lighter colored hounds. Their expression seems calm but serious. The conjunctiva of their lower eyelid can be seen, although not in an exaggerated way. This gives the basset hound a sad but friendly facial expression. Their necks are powerful, long and arched.

The body of the basset hound is long and powerful. It is deep in its entirety. Its back is straight and level. Its chest, although deep, is not exaggerated. Its sternum is prominent. Its tail, long and of medium insertion, is similar to that of the Normandy Artesian Basset. It forms a curve like that of a saber blade, but the dog never carries it on its back or curled up. It is wide at the base and narrows gradually until it ends at a point.

The loose and elastic skin of the basset hound provides an ideal surface for smooth, hard, short and dense hair. Each hound will have unique coloration and sometimes appear different to its family, which is normal. They usually have a tricolor combination that includes white, black and fire, and although we can also see them in white and brown, any characteristic coloration of the bloodhounds is accepted, without giving importance to its spot distribution.

Character of a Basset Hound

The basset hound is an affable dog, funny and with good humor. They love to play games and go on walks and excursions with their families. This breed is also known to be incredibly patient and kind with companions. However, it is still important that we educate our children so that they do not pull the hounds long ears, thus avoiding any negative reaction from our pet. However, this dog is considered to be a perfect family dog.

Although it is originally a hunting dog, the basset hound, as long as it has been socialized, can easily have a good relationship with other pets in the family and are generally friendly with strangers.

Caring for a Basset Hound

This breed needs to exercise, both mentally and physically. However, it is a breed that can live in an apartment. Of course, daily walks are necessary. We must encourage and maintain its muscles correctly as it is a dog that is susceptible to weight gain. For this reason, the best exercises for a basset hound are long and frequent walks. Agility sports are not recommended for this breed due to their stature, they are more susceptible to injuries. We recommend giving this dog the opportunity to follow tracks, or provide it enough varied toys, exercises, games and teethers to divert its tracker instinct. If you spend a lot of time away from home perhaps you should think of adopting another pet as the basset hound does not tolerate solitude very well.

Basset hounds need to be brushed regularly because they tend to lose a lot of hair (2 or 3 times a week). They tend to drool and produce eye gunk, therefore, these need to be cleaned constantly to avoid infection.

We also recommend paying attention to the ears and nails of the basset. The former are susceptible to infections. The latter can grow a lot if they are not cut regularly.

The basset hound is a sweet, gentle, friendly and very sociable dog. During a hunt, however, it can be tenacious and stubborn, able to withstand harsh conditions. As this breed carries the hunting instinct in their blood, it is easy to train to them to hunt. Obedience training, on the other hand, can be difficult and slow if traditional methods are used. Positive techniques, such as clicker training, are recommended.

The basset is a mildly intelligent dog and its predisposition to please its family will make him less stubborn than he usually seems. Through positive reinforcement, proper physical activity and a lot of love from its owners: the education of a basset hound will be easy.

Health of a Basset Hound

A basset hound, due to its interesting stature, is susceptible to suffering from back pains. This problem can be easily detected by observing that your basset is reluctant to climb stairs. These problems can be accentuated if the dog is overweight. If this reluctance is noticeable, we suggest going to the vet. In addition to potential back problems, this basset is susceptible to gastric torsion.

Because this breed has constantly been cross-bred throughout the years, they are more prone to suffering from complicated problems such as hip dysplasia and herniated discs. Therefore, we suggest that you avoid situations where your basset has to climb on sofas, people or other surfaces.

The basset hound can also suffer from glaucoma or conjunctivitis if its needs are not controlled and its basic care is not followed. Its diet needs to be controlled so that this dog does not consume to much fat as it is susceptible to obesity.

Upload a picture of your Basset Hound 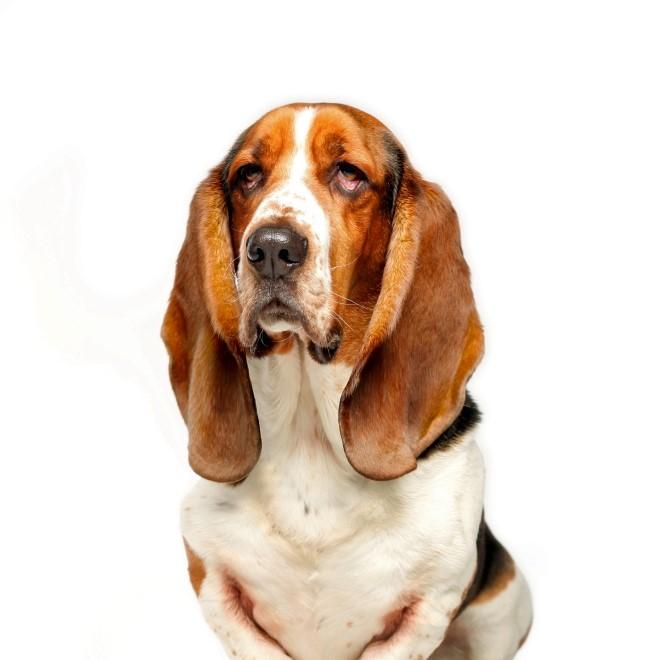 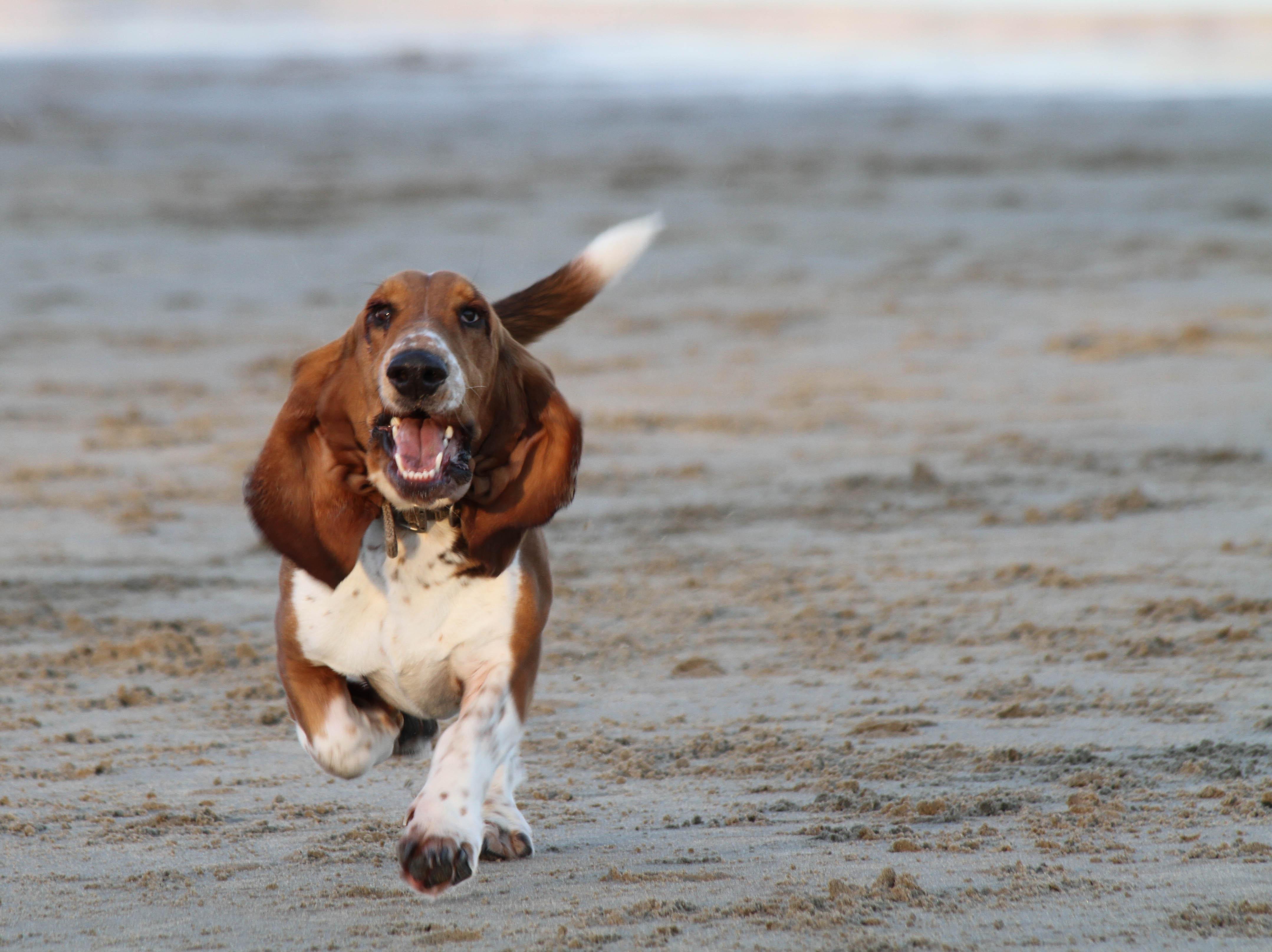 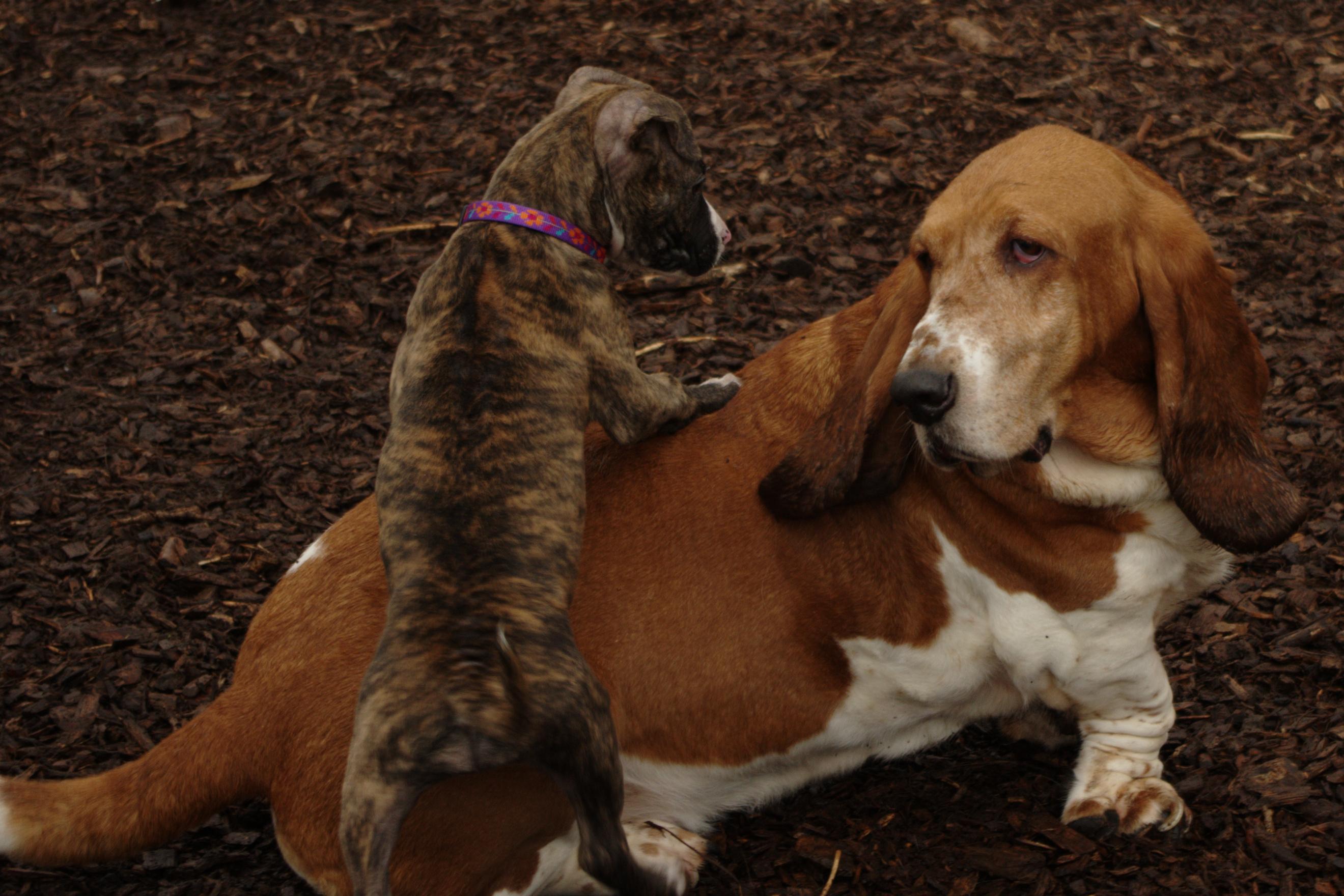 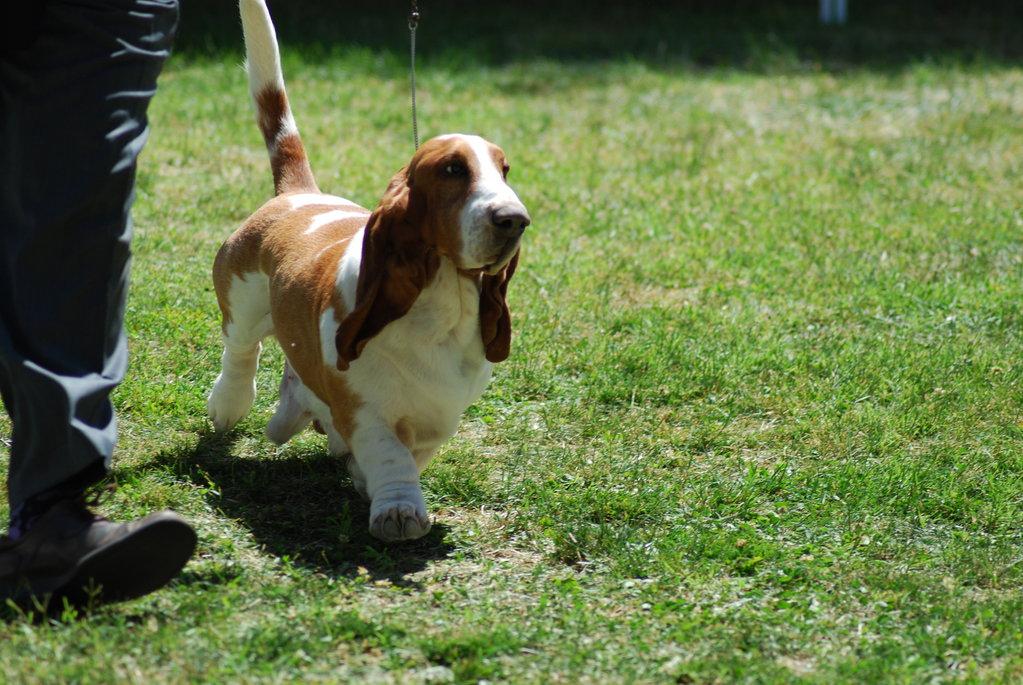 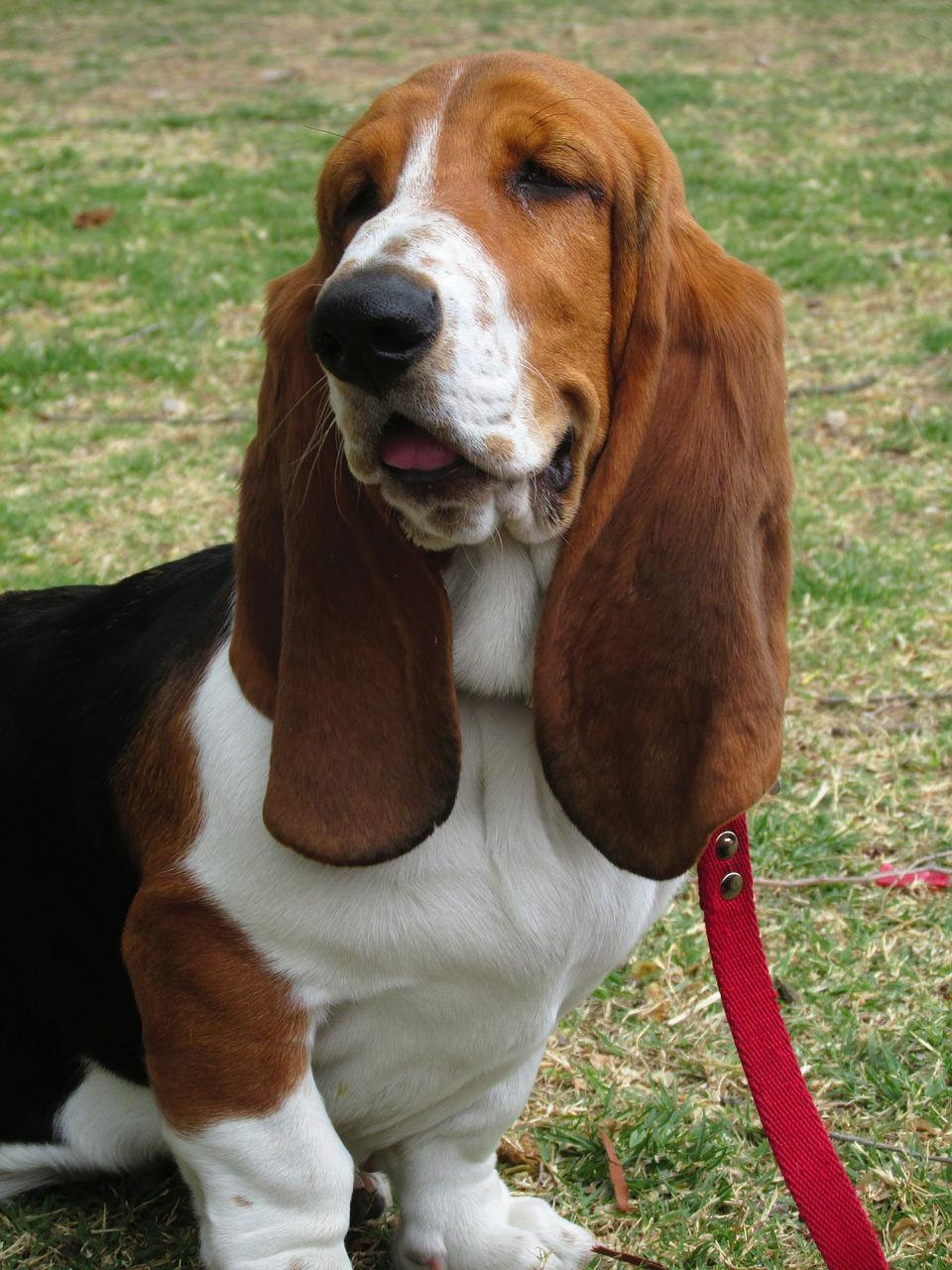 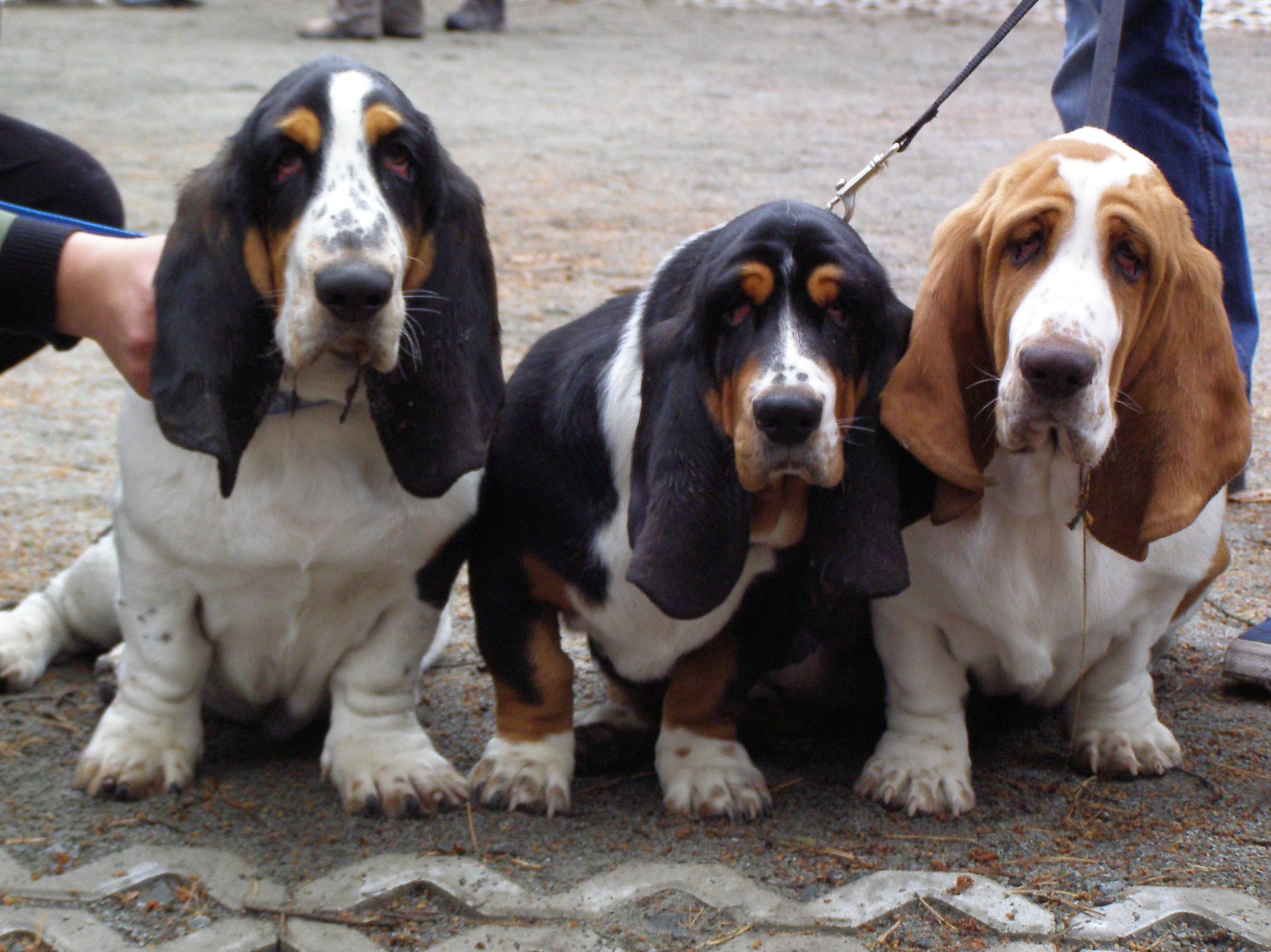 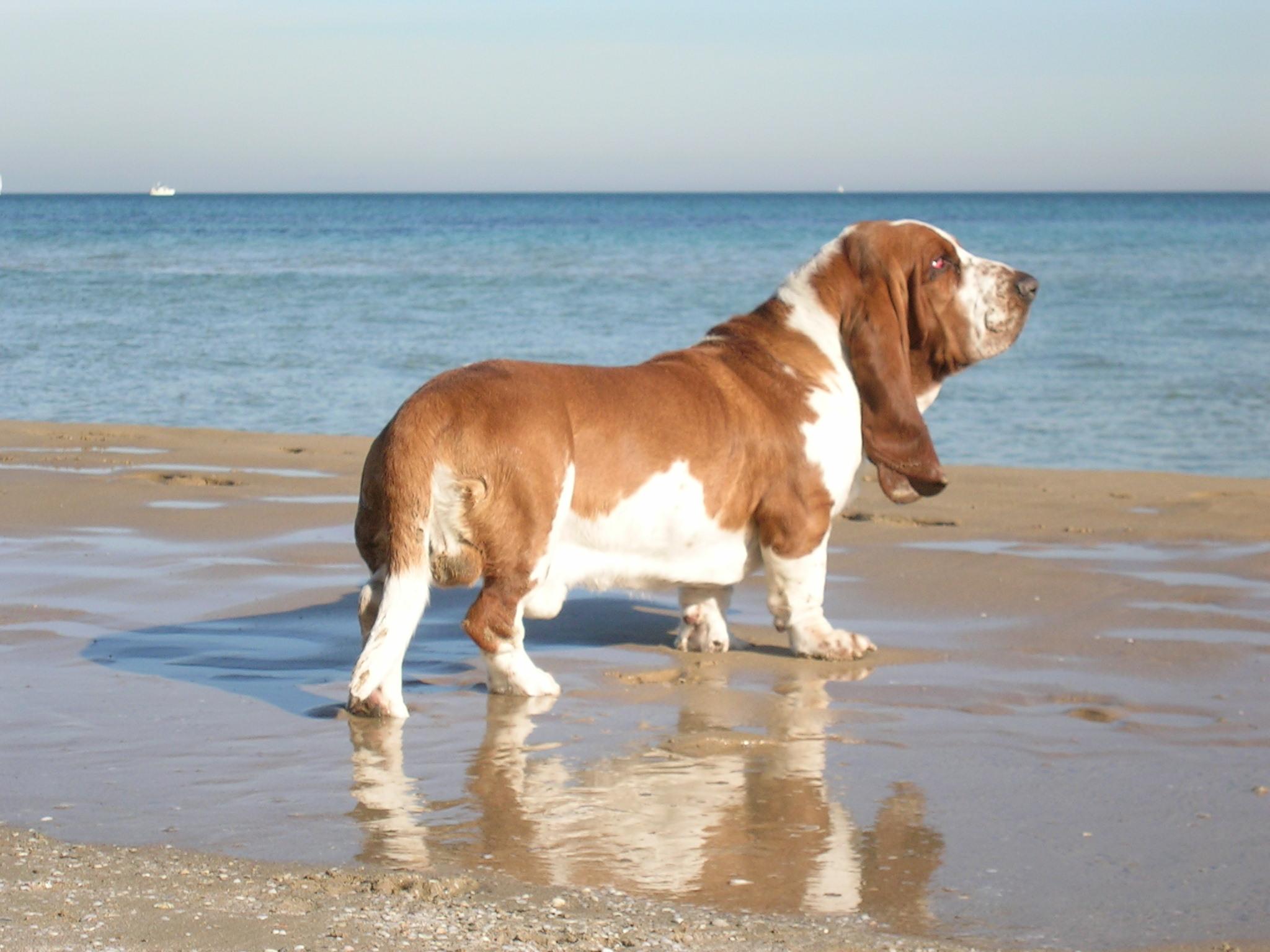 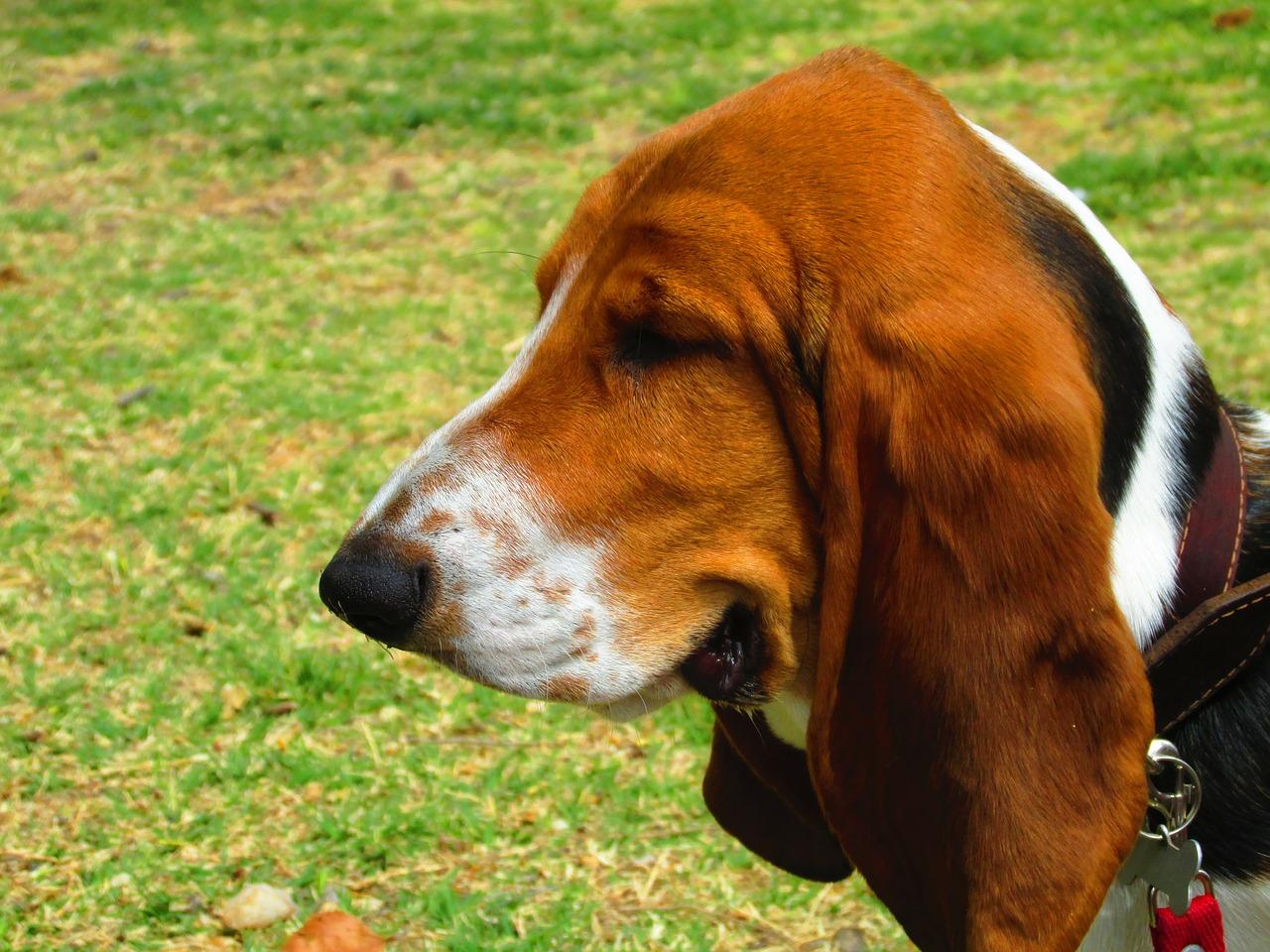 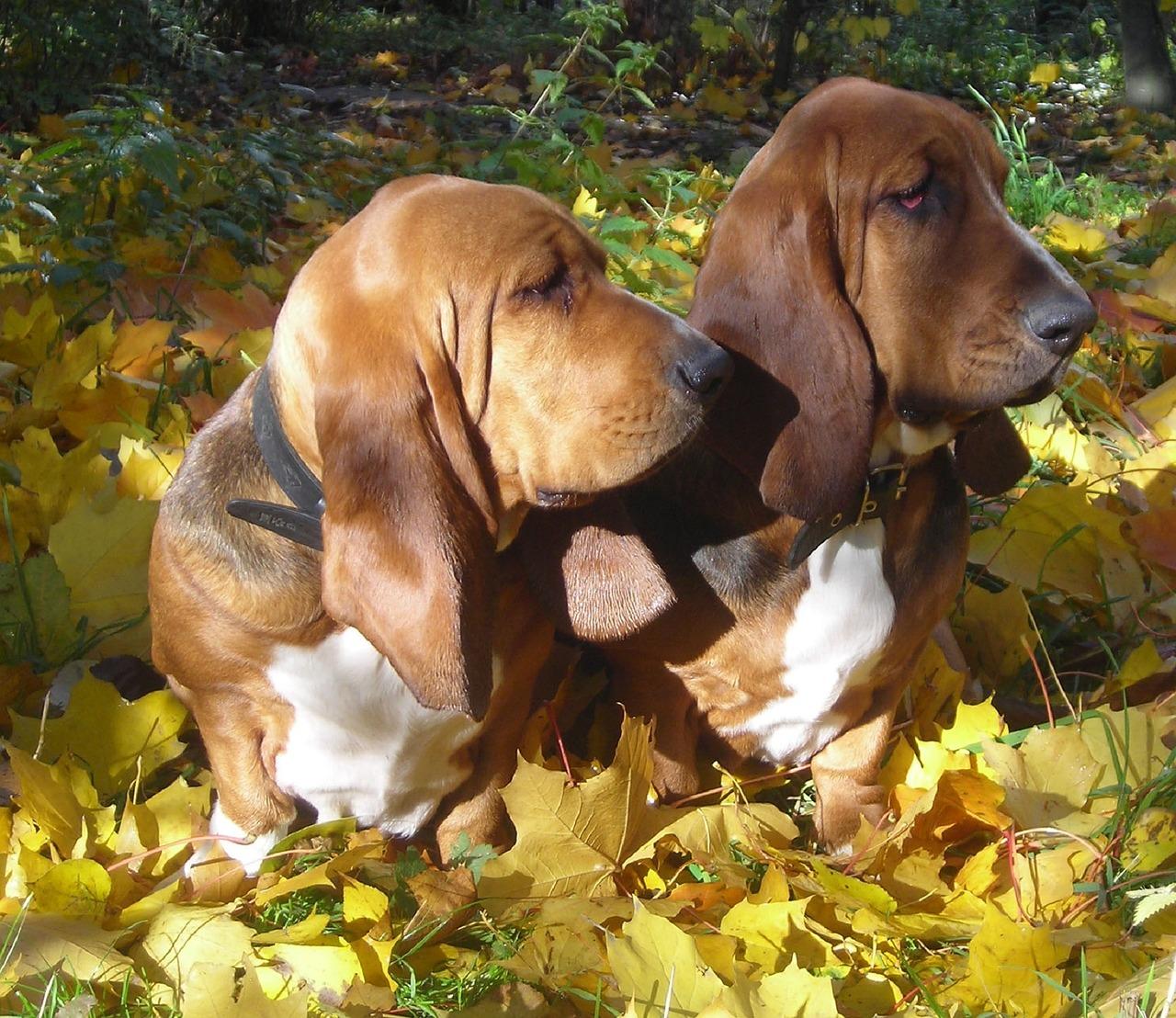 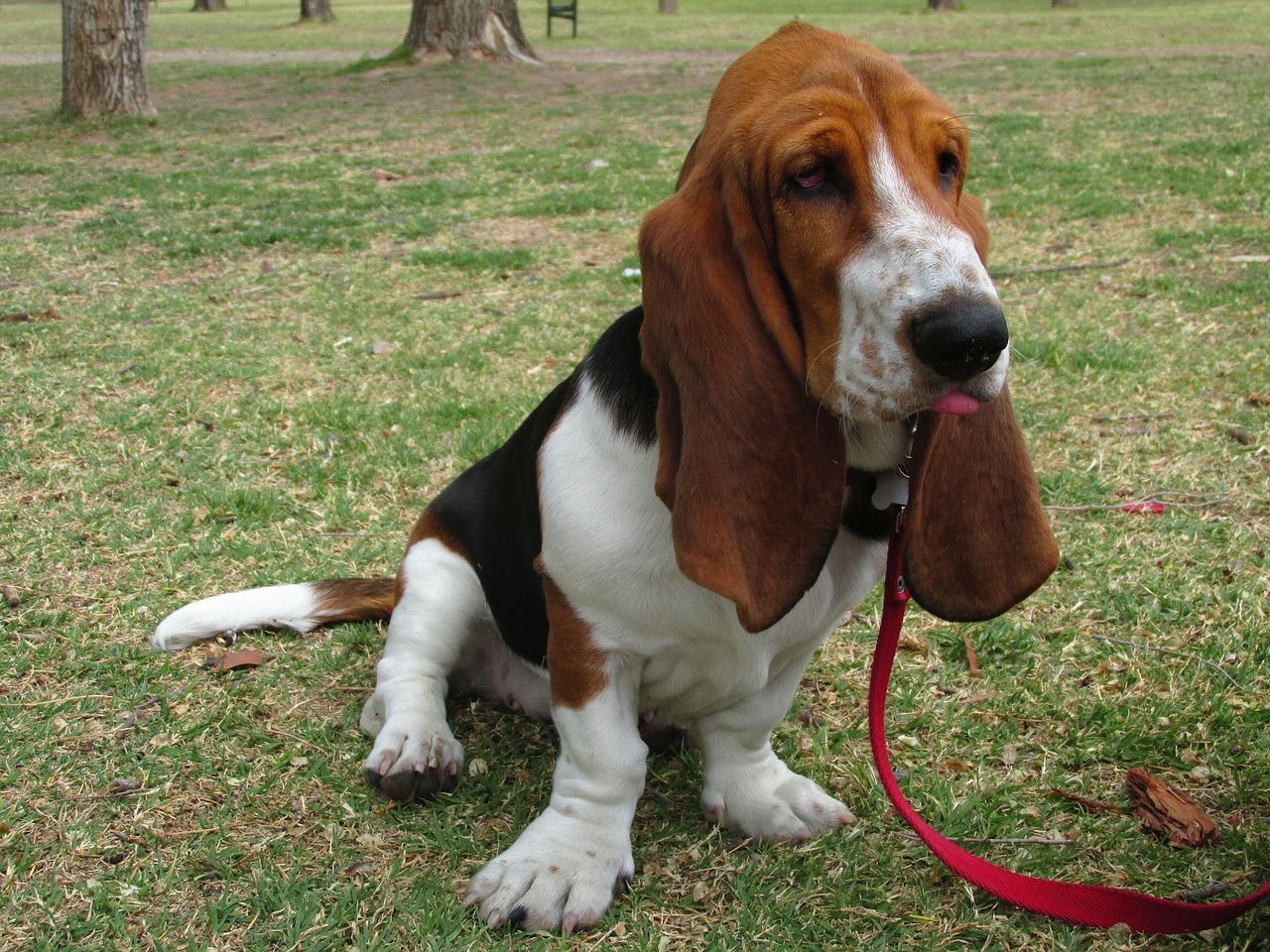 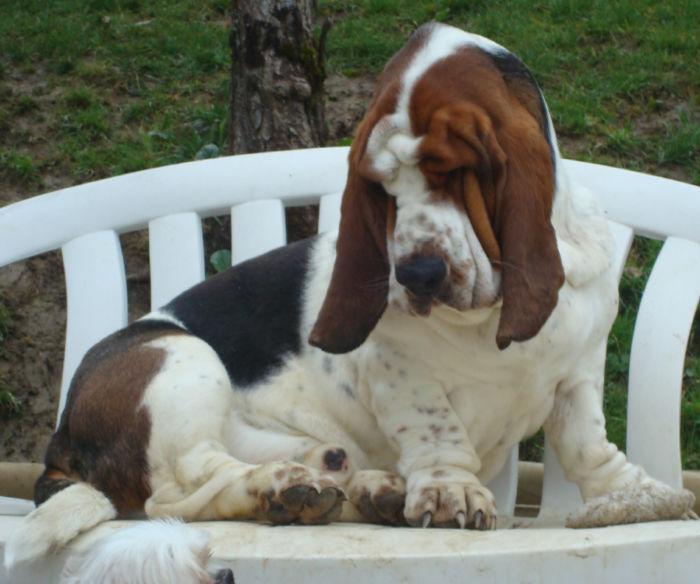