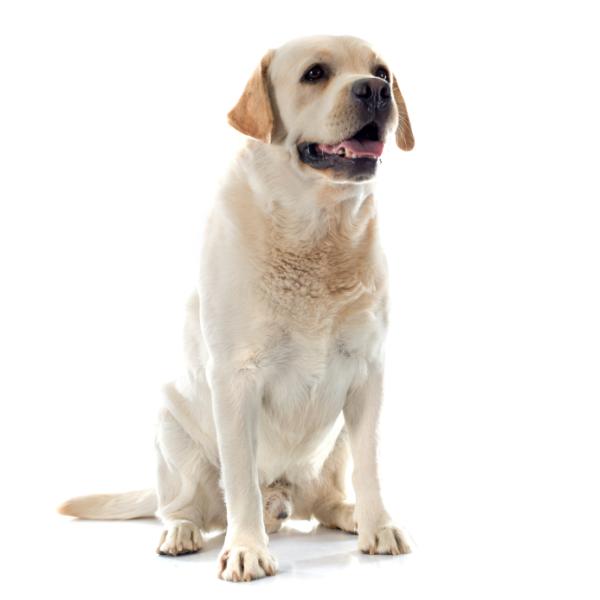 The Labrador Retriever is one of the most beloved dog breeds in the world, and also one of the most popular in numbers. It's also known as "Labrador" or simply "Lab". This breed originated in the province of Newfoundland and Labrador, in Canada. These dogs are noble, beautiful and highly intelligent, and they are perfect pets for all types of family.

If you're thinking about adopting a Labrador Retriever dog, it's very important that you first learn more about their main physical and behavioral traits in order to train them and care for them properly.

In general, the Labrador is a gentle, docile and patient dog. However, you must take into account that this breed is tireless: your Lab is going to need long exercise and playing sessions in order to stay in shape and prevent obesity, a very common problem in this breed. Keep reading and discover all about the Labrador Retriever.

Origin of the Labrador Retriever

Even though the breed's name refers to the Canadian province of Newfoundland and Labrador, the FCI - Fédération Cynologique Internationale - states that the Labrador Retriever was first bred in the United Kingdom. However, the breed's history is indeed linked to the island of Newfoundland, and more particularly with the city of St. John.

These dogs, which became extinct in the 1980s, were known for being resilient, hard-working, and excellent swimmers. They had a thick coat to protect them from the freezing cold Northern waters, and wide strong tails that helped them steer when swimming. The smallest variety of St. John's water dogs eventually originated the different types of retriever dogs, among which we find the Labrador Retriever.

In the mid-19th Century, some St. John's dogs were brought to England, were they were part of a project to breed the "perfect" retriever dog. After some generations of careful selection, the Labrador Retriever was born. The morphological standard for the breed was established in the first decades of the 20th Century in England, where the first Labs were registered in the Kennel Club.

Labrador Retrievers were first brought into the United States during World War One. During World War Two breeding pedigree dogs was not a priority in many people's minds, but after the war this breed began to gain popularity. People discovered the many qualities of Labs as hunting dogs, but also their cheerful, gentle temperament and their pleasant looks.

Nowadays, Labrador Retrievers take part in many activities. They are one of the favorite dogs for SAR - search and rescue - divisions, and they are beloved therapy and service dogs. No wonder Labs are among the most popular dog breeds in the world!

Physical traits of the Labrador Retriever

The Labrador Retriever is a medium-sized dog breed, with a strong, compact and muscular body. Their chest is wide and deep, and their back is straight. They are slightly longer than they are tall. Their head is wide, with a broad, long muzzle and a pronounced stop. Labs have strong jaws, with a scissor bite.

The ears of the Labrador are medium-sized as well, and they hang at the sides of their heads. Their eyes are lively, with an intelligent expression, and they are coffee-colored, brown or hazel. The distinctive trait of this breed is the tail: it is thick at the base and has a pointy end, but it has a rounded appearance because it is covered in fur. This is why it's called an "otter tail". It must never be carried curled over the back.

A Labrador Retriever's coat must be short, thick and smooth, and not wavy. This breed has a double coat: the inner layer is soft and water-proof, while the outer coat is rougher. The standard colors for the Lab's coat are black, chocolate or yellow, which can range from pale cream to reddish shades. White markings on the chest are acceptable.

Temperament of the Labrador Retriever

One of the best traits of the Labrador Retriever is their temperament. Because of their friendly looks and their exceptionally sociable character, this breed has risen to the most popular pet rankings around the world. Besides, their stability has made them one of our greatest allies, becoming excellent rescue, service and therapy dogs.

The Labrador is a sociable, friendly, loyal, intelligent and fun-loving friend. This breed is very easy to train, so they are the perfect choice as a companion if you have the time and space to offer them. Labrador dogs are usually very open with people and other dogs, but they must be socialized properly as puppies. A well-socialized Labrador Retriever is the perfect pet for a child.

This breed has energy to spare, and they need lots of exercise. Even though Labs can get used to live in an apartment, they need long daily walks and playtime with other dogs. They love water, and they will go for a swim at any chance they get. As their name points out, Labradors are very good at retrieving, so you'll easily teach them to play fetch.

Despite their many great qualities, the Labrador Retriever tends to ask for attention frequently. It's important to train them since they're young to prevent them from becoming clingy attention-seekers and developing separation anxiety. These dogs have a long adolescent period, so they're not a good choice for people with sedentary lifestyles. If you love outdoors activities, though, a Lab is the perfect dog for you.

Many Labs tend to approach other dogs impulsively and suddenly, which can cause conflicts with strangers. However, they mostly avoid fights - if they get in trouble, it's because of their bursting energy.

Caring for a Labrador Retriever

A Labrador dog can get used to living in a small flat if they get enough walks and exercise. We recommend going for three walks throughout the day: it's very important to learn from the common things we do wrong when walking our dogs and prevent them in the future. This routine must be combined with active exercise, as Labs are known for their never-ending appetite and tend to obesity. Besides, exercise will help them relieve stress and calm their active and curious temperament.

Toys are very important for Labrador Retrievers, and they will help you find new ways to channel all their energy. Discover our favorite intelligence games for dogs and try them out at home. Some Labradors get into the habit of biting everything when they are puppies: chew toys and teethers will be of great help to solve this problem.

Finally, it's important to bathe your dog every month or month and a half, besides brushing them regularly. This will help prevent parasites and ensure your dog's coat stays silky soft, shiny and clean.

Training a Labrador Retriever is relatively easy, as they have sociable and warm temperaments - and they love treats. It's best to start working on their socialization when they are young, although this is a process that doesn't actually end. During socialization, you will teach your dog to relate to other people, animals and objects, which will prevent phobias and fears in adulthood.

It is also very important to teach your Labrador the basic dog commands, including "sit", "stay", and "come here". These commands will help you keep your dog safe, while the training sessions will help you build a deep relationship with your pet, who in turn will keep their mental skills sharp. Since Labradors are very clever, they will benefit from all sorts of games, sports and activities. Help your pet stay agile and happy!

The Labrador Retriever is a relatively healthy and long-living dog, especially if they stay in shape. However, the lack of genetic diversity resulting from breeding programs makes them prone to certain hereditary diseases and conditions, which are usually manifested as the dog grows old. For instance, Labradors tend to suffer from hip dysplasia.

When your Lab is a puppy, you must ensure they get the necessary vaccines, and you must follow their vaccination schedule during the rest of their lives. This will prevent them from suffering very serious diseases that tend to affect dogs. If you want your dog to stay as healthy as possible, go to the vet for check-ups every 6 months. You can prevent the development of common diseases by watching your Lab for symptoms and caring for them as best as you can.

As we said, Labrador Retrievers are prone to obesity - they love treats, and if they don't get enough exercise they will soon become overweight, with the related muscular and joint problems.

Upload a picture of your Labrador Retriever

The two main molting seasons occur twice a year, but they will shed somewhat throughout the year. How much this happens depends on the climate of where they live.
Rating:
mag
22/10/2019
Good Info @ lab
Rating:
lianne
26/06/2019
absolutely love my lab
Labrador Retriever 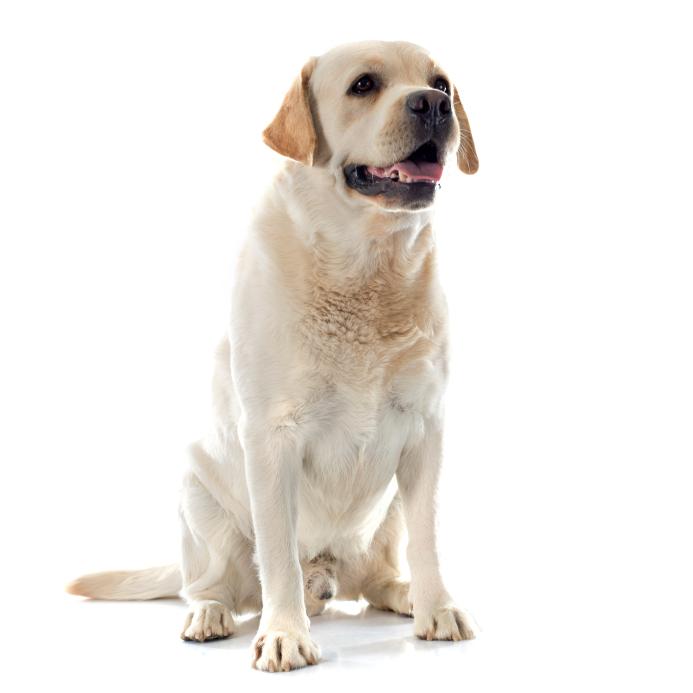 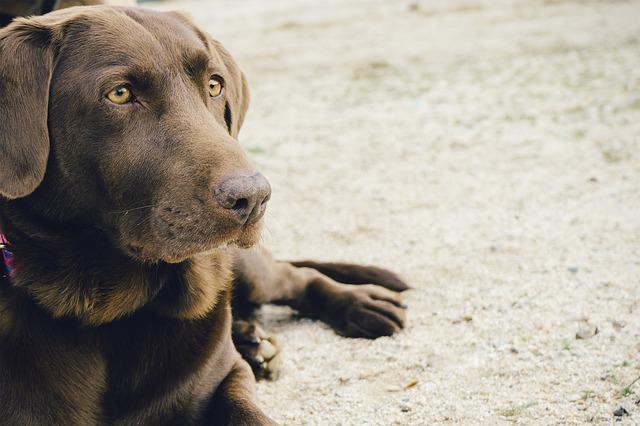 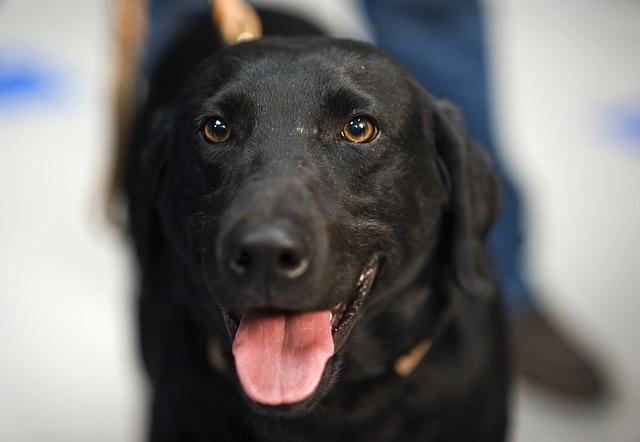 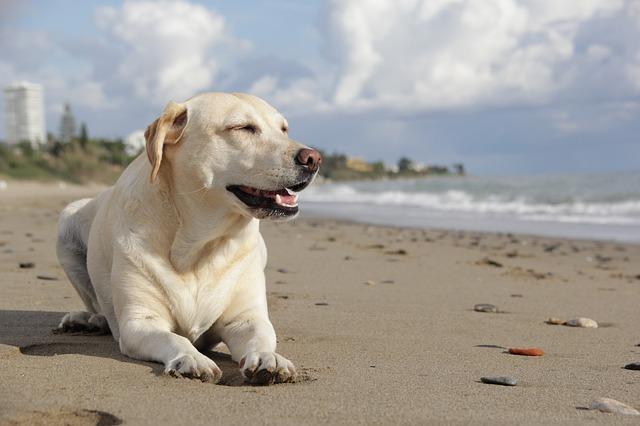 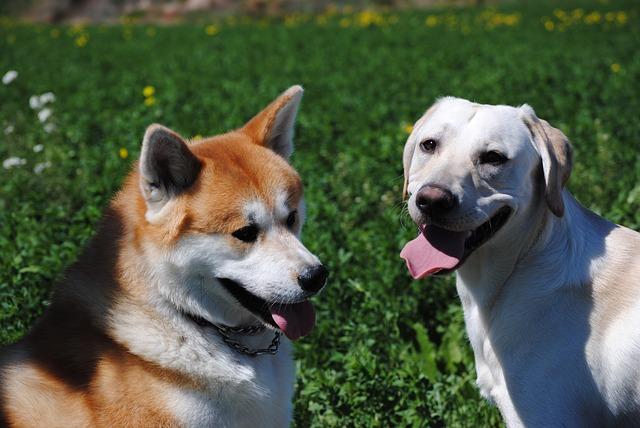 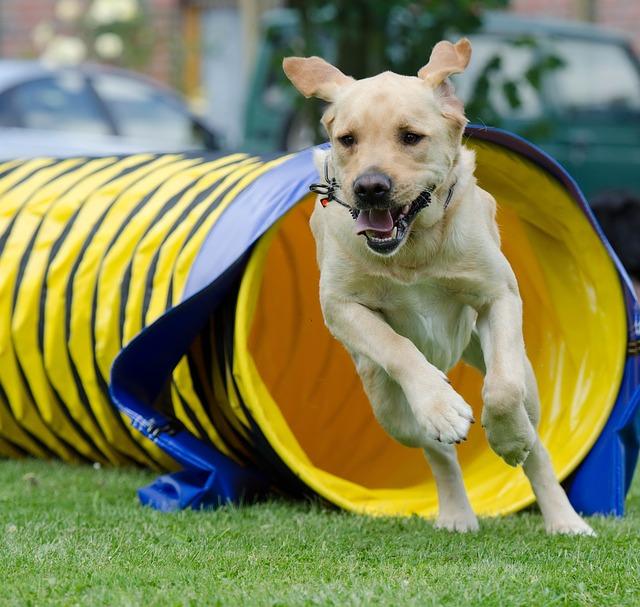 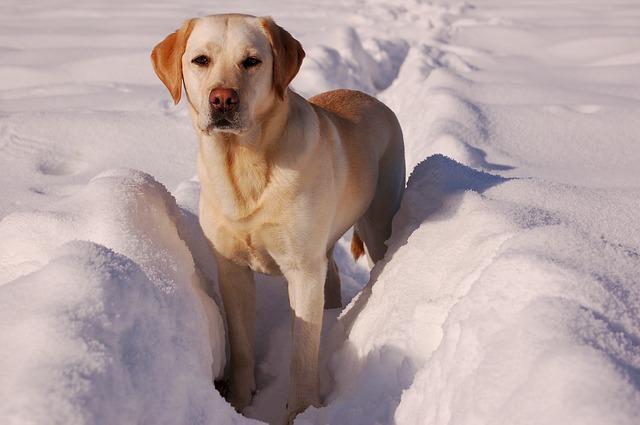 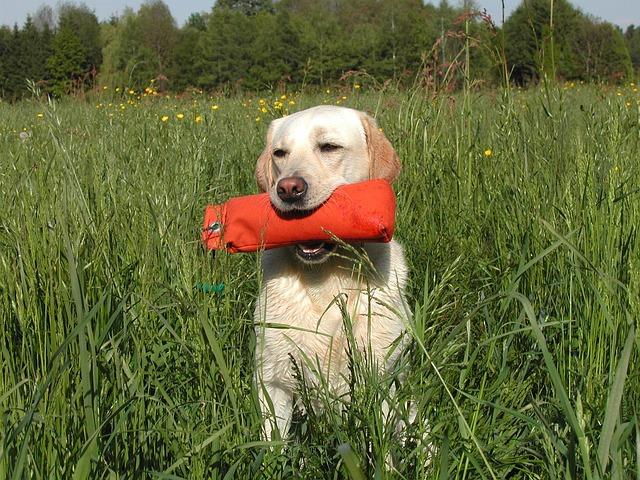 1 of 8
Labrador Retriever
Back to top