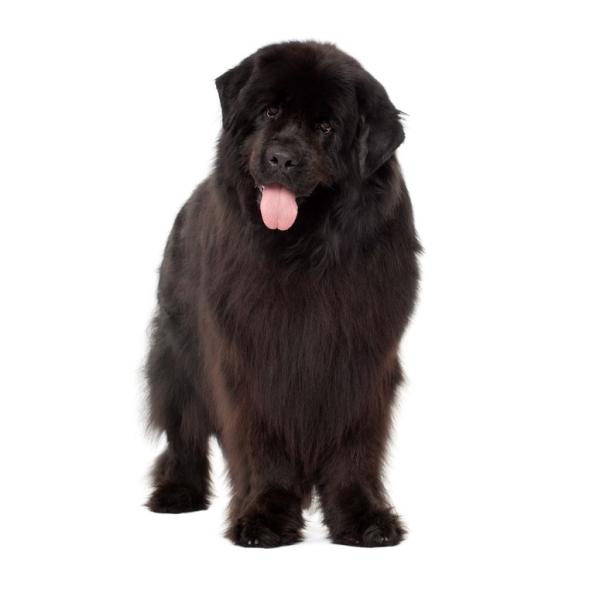 The Newfoundland, also known as "the Gentle Giant", is one of the largest and kindest dogs that exist. Although there are many myths surrounding the breed, AnimalWised want to clear these up and explain their true story, as well as the many other details you should know. If you are considering adopting this wonderful nanny dog, you must know everything about their temperament, accepted physical characteristics or necesary care and training.

Discover everything about the Newfoundland dog.

Origin of the Newfoundland

The origin of the Newfoundland dog is unsurprisingly Newfoundland, Canada. It is believed that the breed was developed from the native dogs of the island and from dogs that imported by the old Vikings, like the "black bear dog", from year 1,100.

Later, in 1610 and during the colonization of the island, new breeds of dogs arrived to Newfoundland, mainly brought by European fishermen. From then on, and although the Newfoundland already had some standardized characteristics, experiments with new crosses began that culminated in the formation and re-enrogation of the breed, giving way to the modern Newfoundland, which we know today.

The Newfoundland dog, thanks to their characteristics, was able to withstand the intense climate of the island, work at sea, carry large cargoes (nets, lines and triners) or work as a life-jack. The Newfoundland is still an excellent rescue dog and is considered one of the most beautiful and hard-working breeds in history.

Physical characteristics of the Newfoundland

The Newfoundland is a giant dog, powerful and massive. They are longer than they are tall (rectangular body profile), but have a compact body. The upper line is straight from the cross to the rump, and they have a strong, broad back and a sloping rump. The chest is broad, deep and spacious, and the belly is not picked up. The tail is long and should never be curled over the back or curved between the hind legs. The fingers have an interdigital membrane.

The head of this dog is solid, broad and with well developed occiput. The naso-frontal is well marked, but not abrupt as in the Saint Bernard. The nose is brown in brown dogs and black in other colors. The snout is square and moderately short. The eyes are moderately sunken, well separated and without a third eyelid. The ears are small, triangular and with rounded edges.

The Newfoundland coat is double layered. The inner layer is dense and smooth. The outer layer is long and smooth except for the head, ears and snout where it is shorter. They can be black, white and black, or brown. The International Cynological Federation (FCI) recognizes a very similar breed called the Landseer which is black and white in color. Other organizations do not recognize this breed and consider that the Landseers are simply black and white Newfoundland dogs.

The measurements and approximate weight of the Newfoundland dog are:

Despite their imposing size, the Newfoundland is a particularly affectionate dogs, very sociable and quiet. They are not excessively playful, although they adore the water, and are able to play it in for hours! Apart from being sociable with adults, the Newfoundland usually tolerates other animals very well and is very patient with children, who they adore and and treat with great delicacy.

The FCI describes Newfoundland as a dog that reflects kindness and sweetness, a cheerful and creative dog, serene and gentle.

Caring for a Newfoundland

Hair maintenance for a Newfoundland requires moderate effort throughout the year, but daily brushing is necessary. However, in the two seasons of annual molting more effort maybe required, as they lose a lot of hair. Bathing can be done every two months approximately.

Newfoundlands are not particularly active, but it is important that they exercise moderately so they do not become overweight. It is recommended to make three daily walks and regularly look for parks or forests where you can practice games and activities with them. Without a doubt the best place for the Newfoundland will be on a beach or a beside a great lake. If we do not dedicate time to our Newfoundland due to their calm character, we can observe frustration in the dog and a remarkable increase of weight.

It is important to note that this dog will need large amounts of food throughout their life. Recall that their weight is between 54 and 68 kilograms, so they will require about 500 grams of feed per day, depending on the food or the exact weight of the dog.

Do not forget that Newfoundlands tend to drool a lot and when they drink water they soak everything! So they are not the most suitable dogs for extremely neat people. It is recommended to keep them in large houses, with garden, so that the dog can enter and leave, exercising at the same time.

Newfoundlands are very intelligent dogs and although they are not especially suitable for working dog skills, the truth is that they are excellent water rescue dogs, in fact the most popular breed for the role. They are enthused with swimming, so they are widely used as rescue dogs, especially in cold waters where other breeds of dogs would be at an increased risk of hypothermia. They respond very well to positive dog training, as long as the owner is aware of the limitations and virtues of the breed.

Although this is a particularly sociable breed, the truth is that it will be very important to separate the newfoundland dog from their mother and siblings at the correct age. And you must dedicate time to the socialization of the puppy once adopted. Also in adulthood, they must continue to relate to other animals, people and children. Keeping them isolated for a long time, without socializing, generates aggressive dogs.

On the other hand, it is very important to note that they need frequent companionship and may develop destructive habits and even separation-related disorders, like separation anxiety when they are isolated for prolonged periods. This type of behavior is common in dogs that reside permanently in the garden.

This dog is not usually aggressive, but can act with great determination and ferocity when they have to defend their own from an attack. Because of their impressive size, they are good deterrent dogs, which makes them good guard dogs. However, they are generally totally harmless.

As with all races, the Newfoundland is susceptible to some genetic diseases that we will explain below. It is important to note that the probabilities of any of them are due mainly to the malpractice that some breeders do, such as reproducing direct relatives. However, we may also encounter some hereditary disease that was not manifested in the parents. The most common diseases are:

To ensure the good health of our Newfoundland dog, it will be essential to go to the veterinarian every 6 months and follow the vaccination schedule indicated by the veterinarian. In addition, we must also pay attention to deworming, internally and externally, with proper regularity, especially in summer.

Chihuahua
Irish Setter
Bloodhound (St. Hubert's dog)
Bedlington terrier
Related articles
New
What Plants Are Poisonous to Dogs - Complete Guide With Pictures
New
What to Expect After Deworming a Dog - Common Side Effects
New
Liver Cancer in Dogs - Symptoms, Diagnosis, and Treatment
New
How to Treat Mange in Dogs at Home - Natural Remedies
New
Tobramycin for Dogs - Uses, Dosage and Side Effects
New
Are Carrots Good for Dogs?
New
Azathioprine for Dogs - Uses, Dosage and Side Effects
New
Dog-Friendly Plants for the Home and Garden

Upload a picture of your Newfoundland 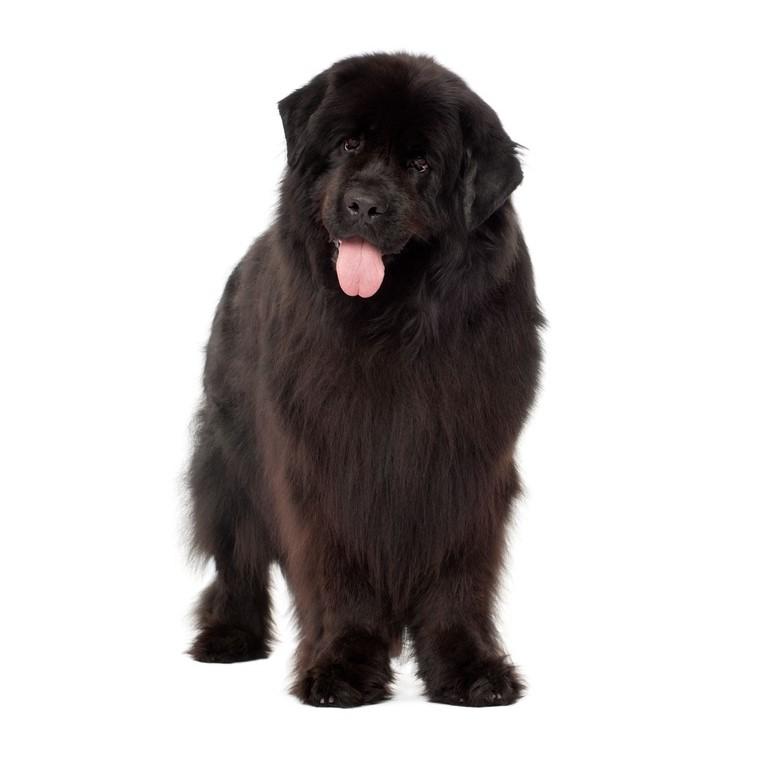 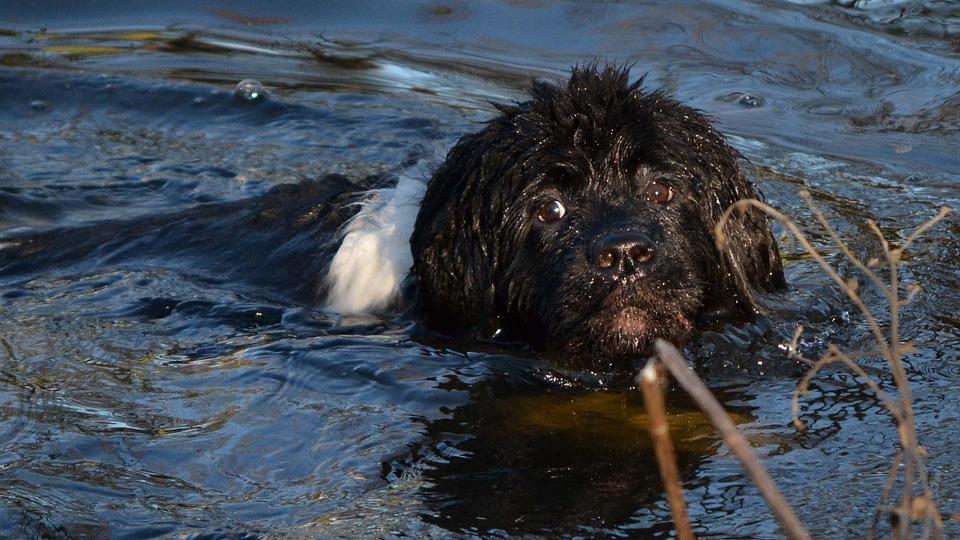 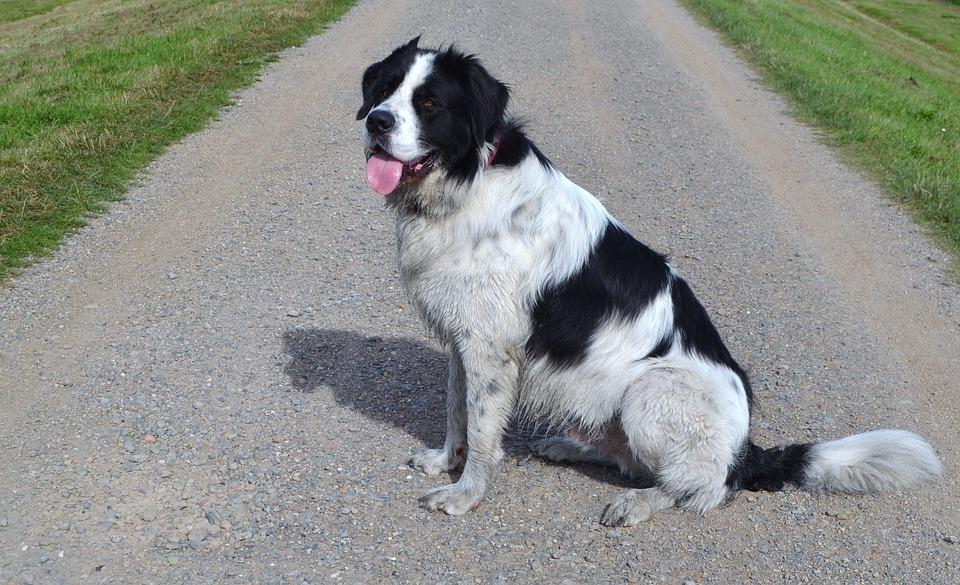 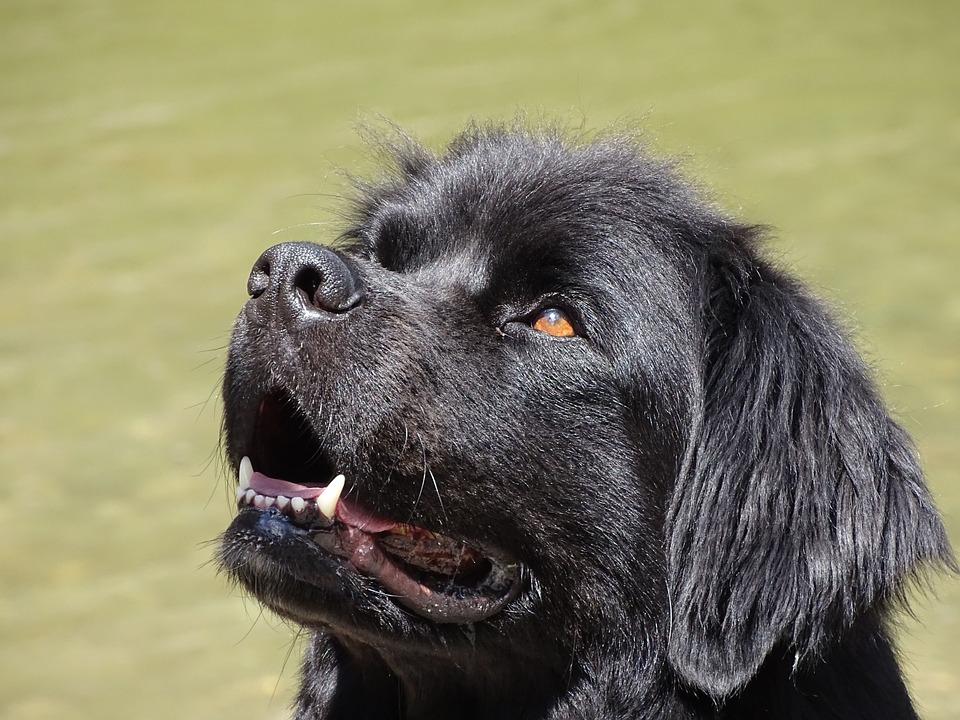 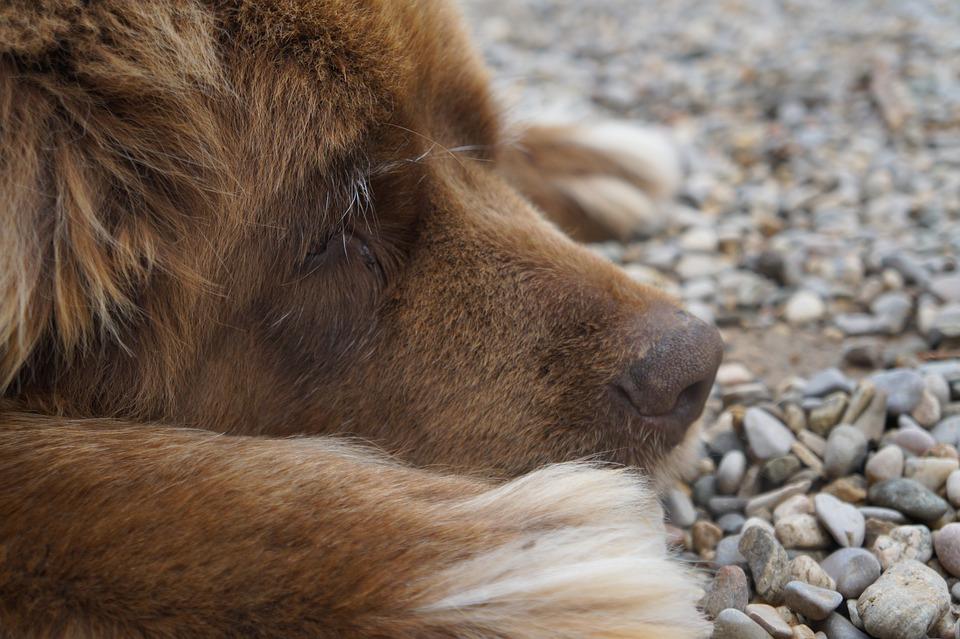 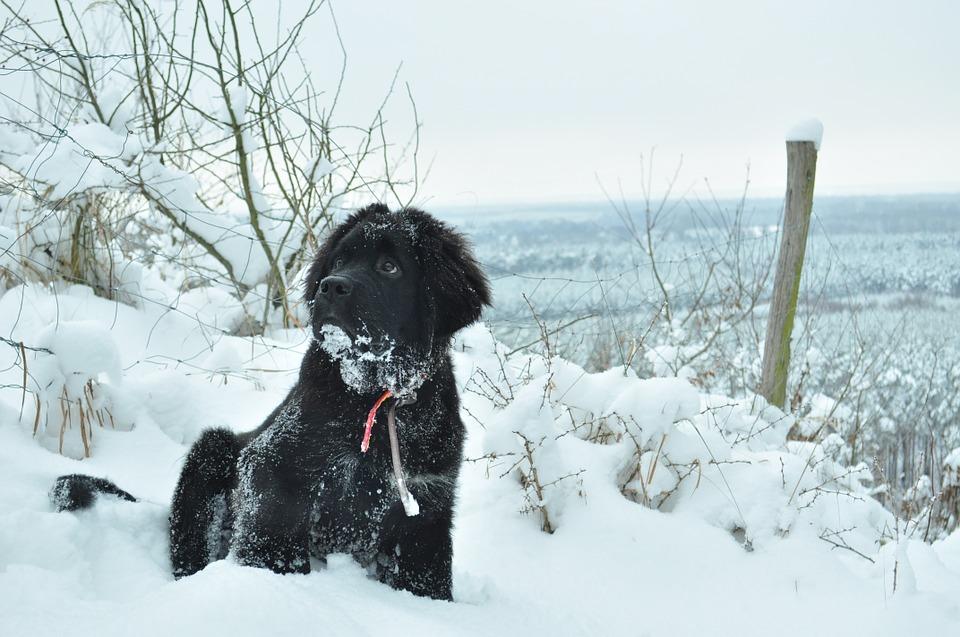 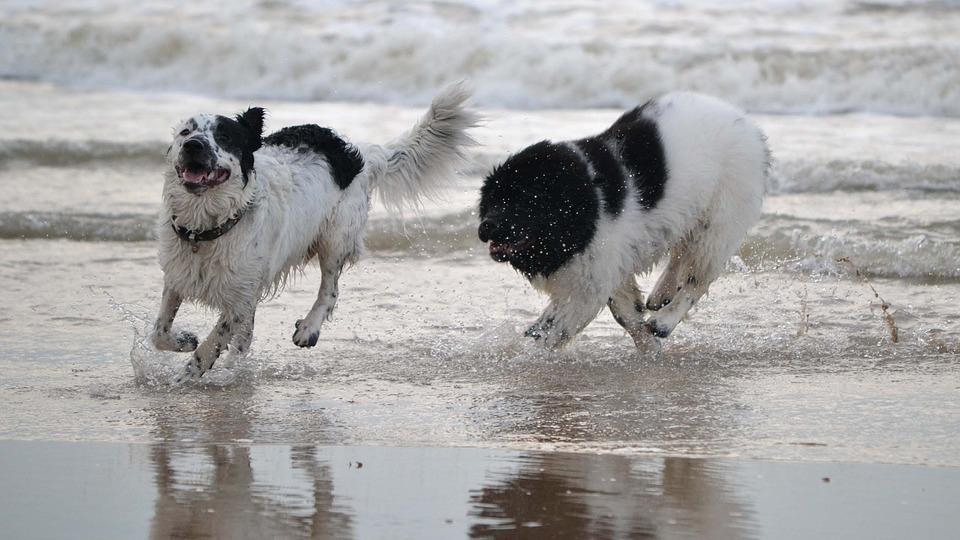 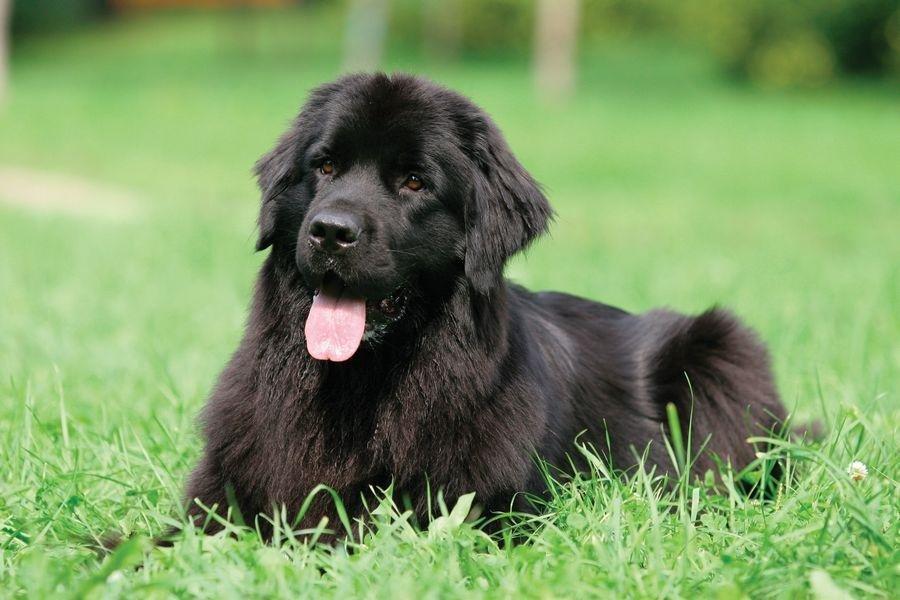 1 of 8
Newfoundland
Back to top