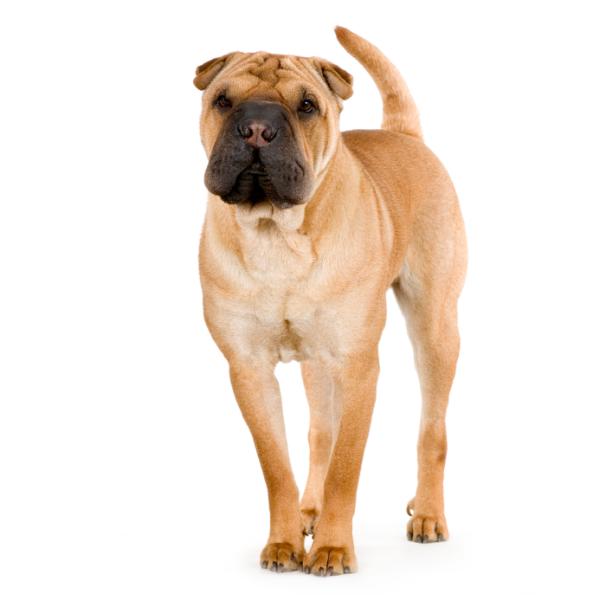 The shar pei is a very peculiar breed of dog, known worldwide for its wrinkles and body shape. From both Chinese and American origin, this dog is popular and appreciated in many regions and in some places is considered as a symbol of social status.

In this AnimalWised breed file we will go everything there is to know about a shar pei: its origin, physical characteristics, character, education and some of its most common diseases.

Keep reading to discover everything you should know about a shar pei, what needs it has and finally, to help you decide if you should adopt a one.

Origins of the shae pei

The shar pei is a dog of Asian origin. It is suggested that it was born in the South Chinese Sea during the Hang Dynasty and that its ancestral links are to the Tibetan Mastiff and the Chow Chow. It is believed to be one of the oldest Chinese dog breeds in existence and some speculate that it dates to 200 BC.

The shar pei has been used as a guard dog, a fighting dog, a hunting dog and as a shepherd dog. these jobs are not surprising as shar pei‘s are considered to be incredibly intelligent dogs. They did not have any problems adapting to different tasks that are entrusted to them.

During the twentieth century, the shar pei started losing popularity because of the wars and famine that haunted its country.Eventually, in 1940 the state decreed that dogs were considered a luxury and should be used as food to survive the hungry population. And that was the beginning of the Yulin, the controversial dog meat festival that was popularized in the 90s.

This specific breed however was luckily saved thanks to a small group of people who decided to export the shar pei to other countries, such as the US, during the 60s.

Characteristic of a shar pei

The sharpei is recognized as an official breed and belongs to group II of the FCI: molosso dog typ. There are several bloodlines of a shar pei although the most popular are undoubtedly the American and "traditional", of Chinese origin.

It is a medium, compact and robust dog. It measures about 44 - 51 centimeters up to the cross, size can vary depending on sex: males are usually larger than females. On the other hand its weight is around 18 -30 kilograms.

its most recognizable physical characteristic is the texture of its skin which is incredibly wrinkly and sometimes greasy. Other characteristics of the shar pei include its small ears, dark eyes and round tail. There are shar pei’s of all colors: blue, gray, white, blue and cream.

The shar pei has a peculiar temperament: on the one hand we find a calm and very loyal dog. This dog is also considered to be very affectionate with his family, whom he cares for, respects and protects. It is also usually known to be a relaxed and obedient dog.

On the other hand the shar pei is a somewhat independent dog and does not need the constant attention. This is an important factor to consider. However you should know that each dog, regardless of breed, can develop its own individual personality regardless of common traits.

Caring for a shar pei

I needs to be emphasized that this dog needs to bed fed rich quality food, like fish and rice. That's because the shar pei has a very sensitive stomach and is prone to allergies. Fish and rice based feeds provide for a greater digestibility.

We should also know that it is not at all good to bathe our shar pei excessively: at most you should bathe your shar pei every month and a half. The reason for this is because water and soap eliminate the layer of body fat that it has, which actually insulates and protects it. Pay attention to exhaustively drying the dog after bathing it to prevent the the appearance of fungi. You should pay attention to the hidden space between the wrinkles, where fungi tends to sit.

Although shar pei’s greatly appreciate heat provided by sun, we must take precaution to avoid our dog burning. In addition, one must adequately protect a shar pei from the cold by using winter dog coats.

Illnesses of a shar pei

A shar pei has a very peculiar coat known as horse coat (horse skin), as it is short and is very close to the body. It also has a thicker fat layer compared to that of other breeds. These added details to its furrows can cause its wrinkly folds to favor the appearance of fungi and other skin related problems.

Dryness, dermatitis or stinging (skin that forms on the lower and upper eyelids of the animal) are other diseases related to its wrinkles.

Another well-known disease that this breed can suffer from is the well-known shar pei fever. Regularly reviewing its health status and going to the vet every 6 is a good way to prevent such problems. It is also essential to carry out its daily vaccination schedules as well as internal and external deworming.

Education and training of a shar pei

The shar pei is a smart dog but can sometimes be a bit stubborn. We have to work work to educate this dog to be a sociable and kind dog.

During its puppy stage we must practice socialization, a stage in which we must introduce our shar pei to different kinds of people, animals and objects. The purpose of this stage is to enrich knowledge of the environment of the dog in order to promote a sociable, affectionate and respectful attitude. This training will also aid in the prevention of fear buildup or aggressive tendencies.

Thankfully, a shar pei’s intelligence will help us a lot in its training stage. We recommend teaching basic training orders such as: sit, lie down, stay still, come. These are essential elements for its safety and obedience and it also builds a bond between owner and dog.

We should never use physical punishment with this dog, we suggest basing all education on positive reinforcement. Once they have learned the basics, we can start to teach them fun or complicated tricks.

Devoting time, patience and affection to the education and training of a shar pei is fundamental to its life and well being. This training will also help maintain a regularity in its routine, ensuring our dog always feels a sense of confidence and safety.

Upload a picture of your Shar pei 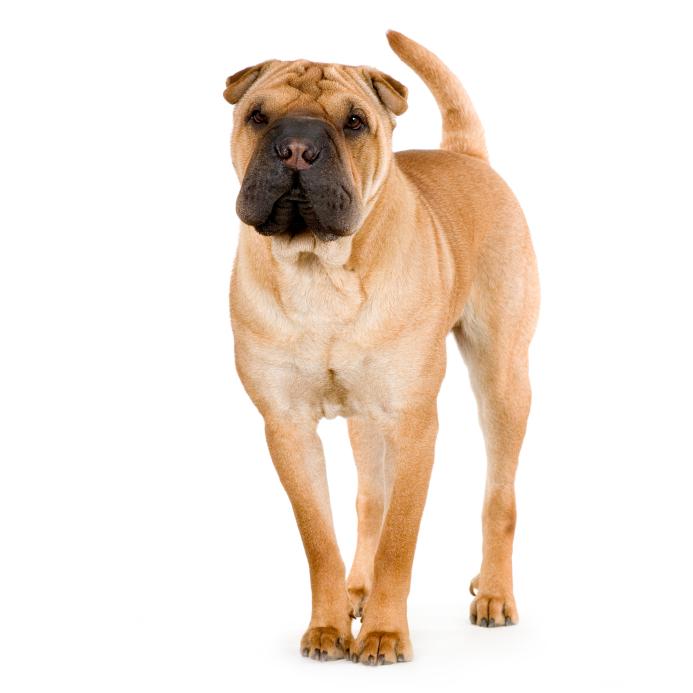 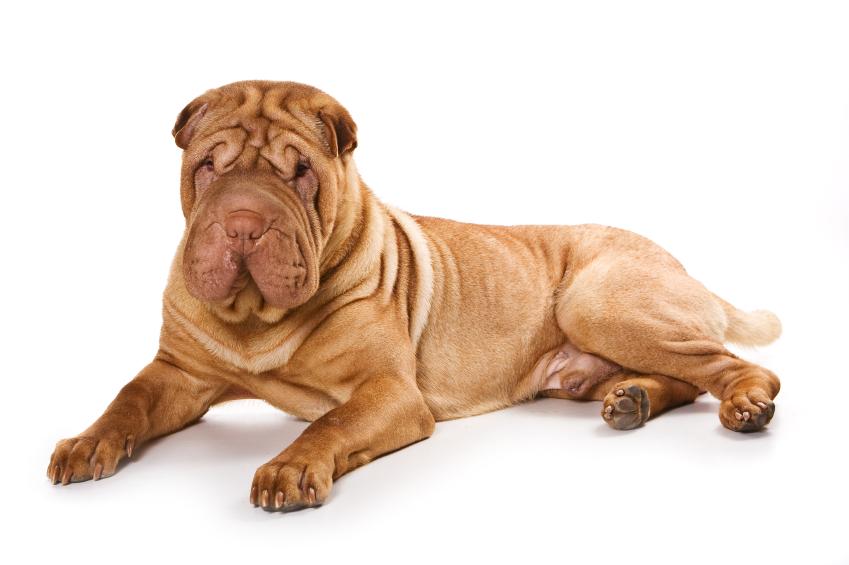 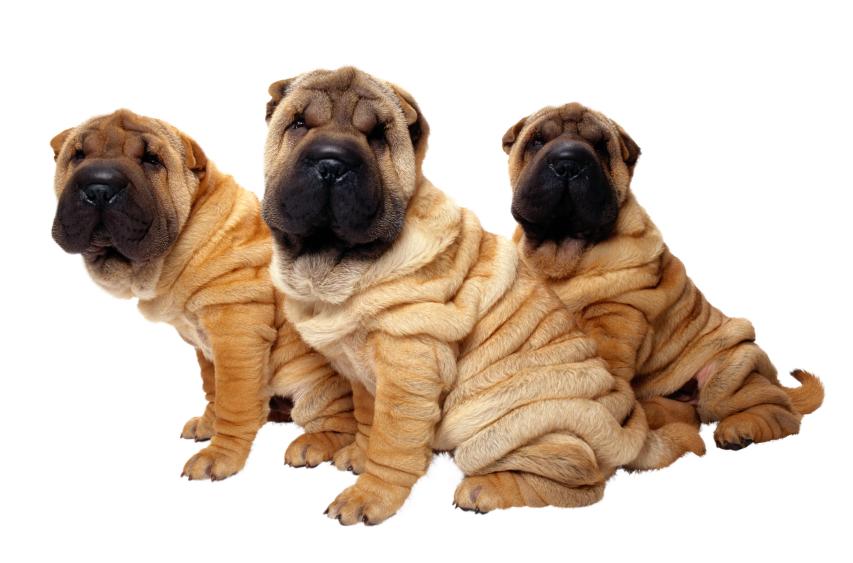 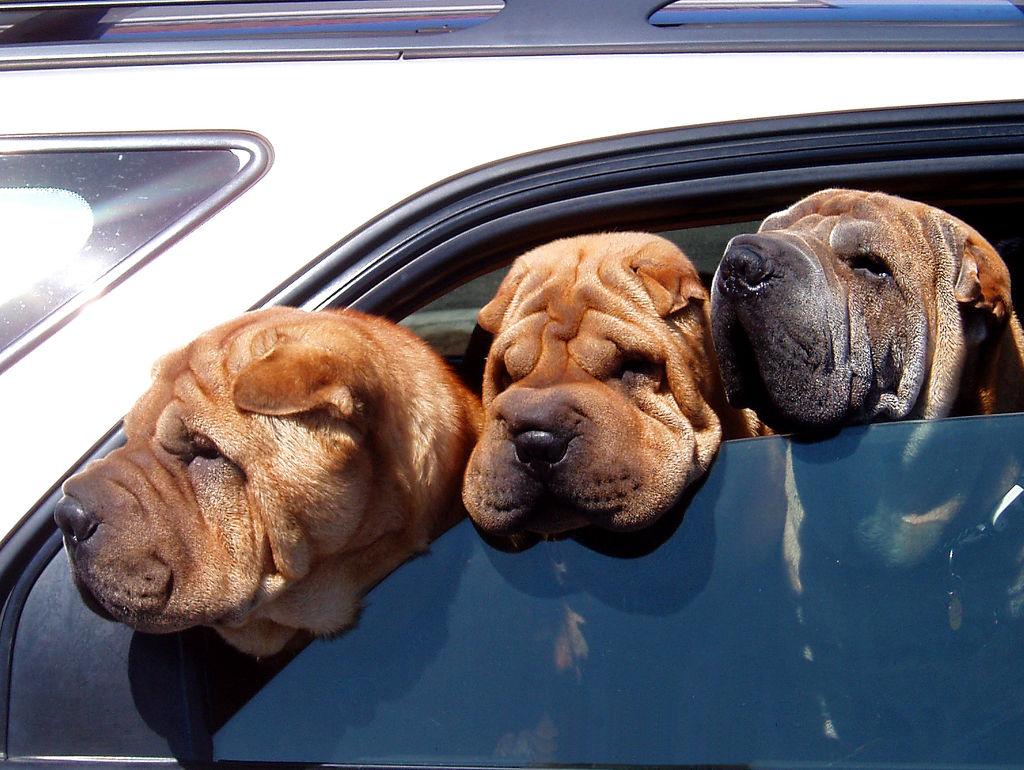 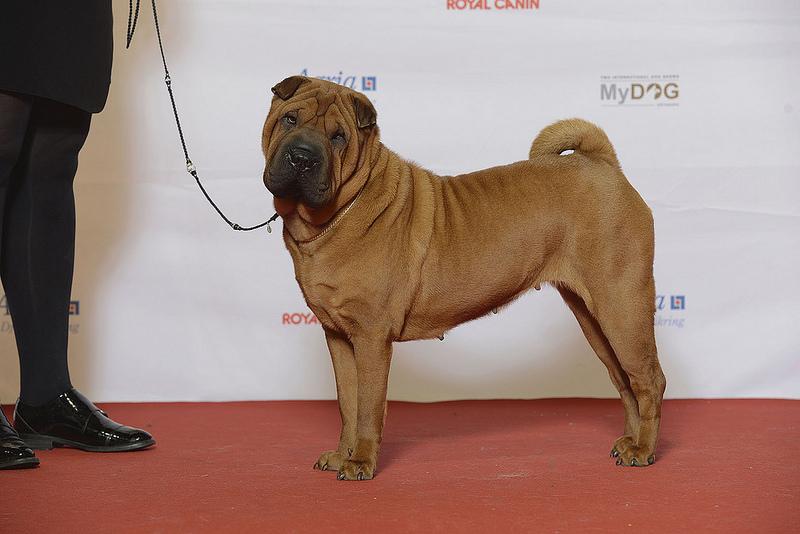 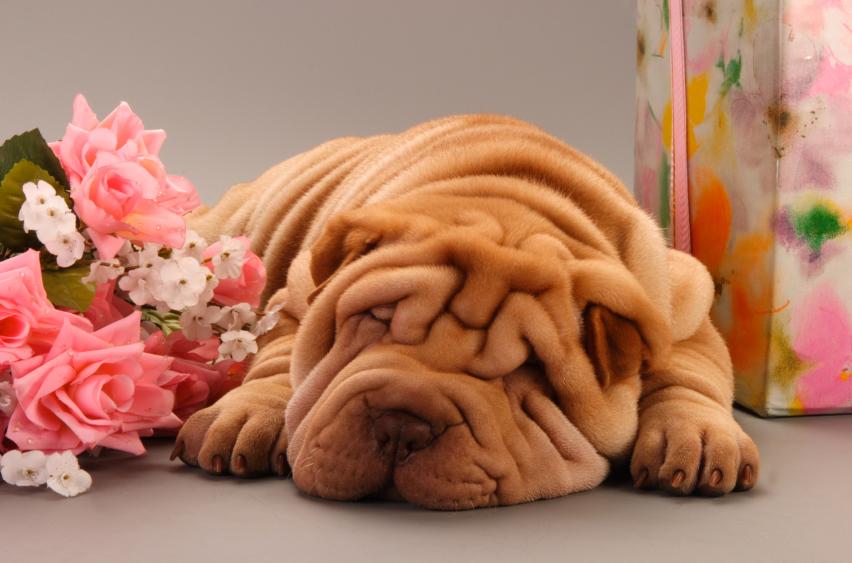 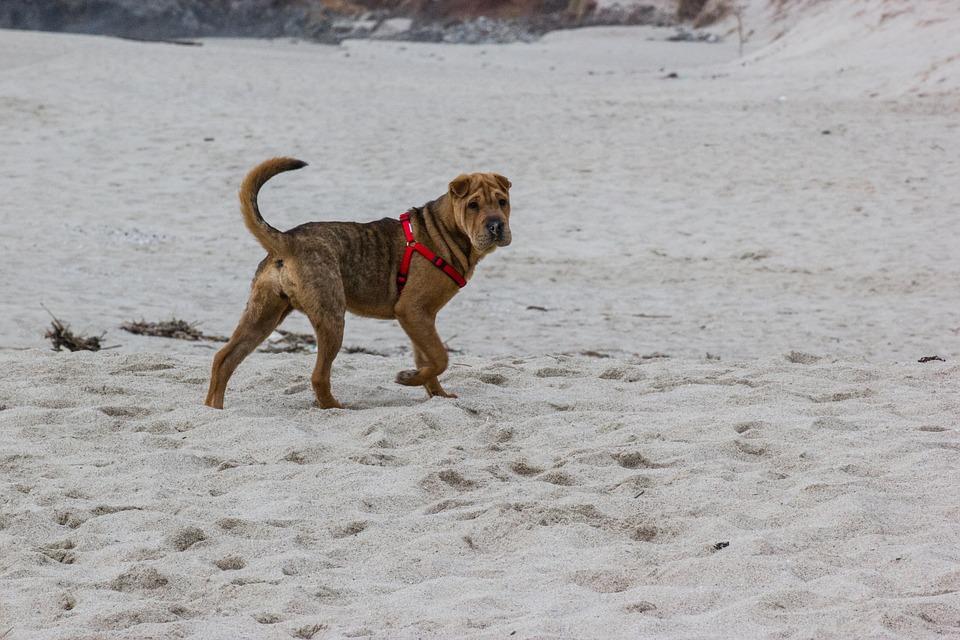 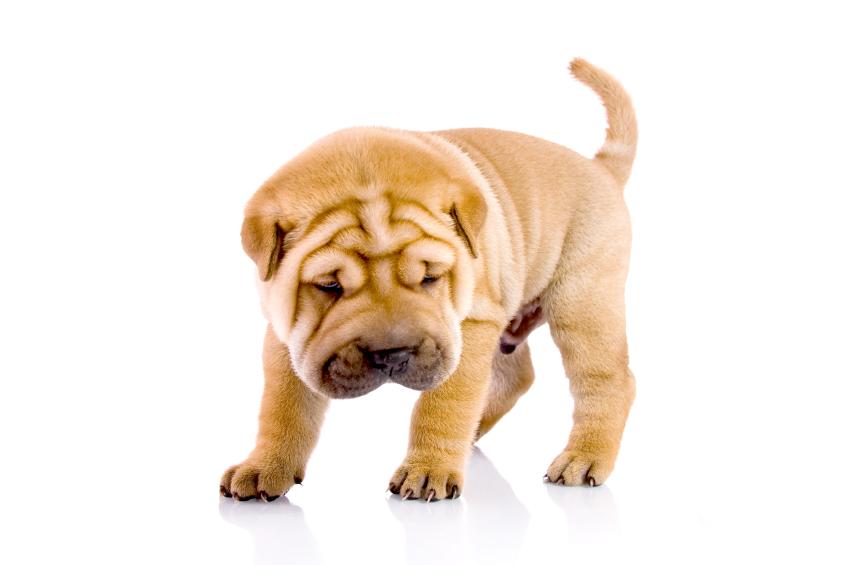 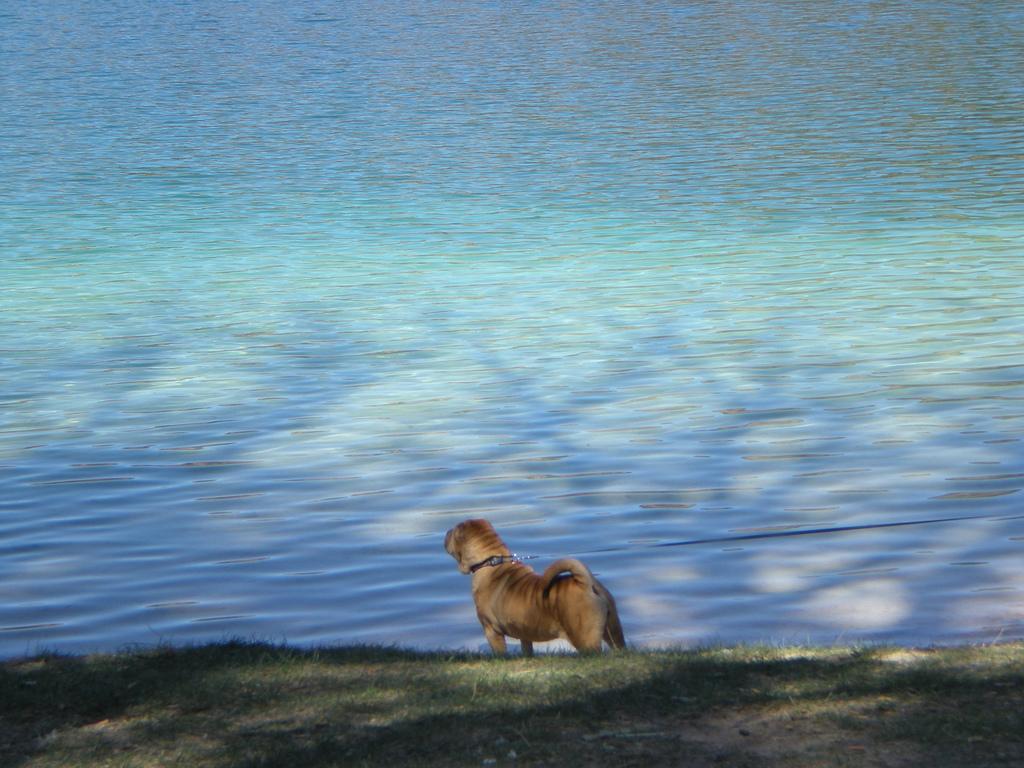 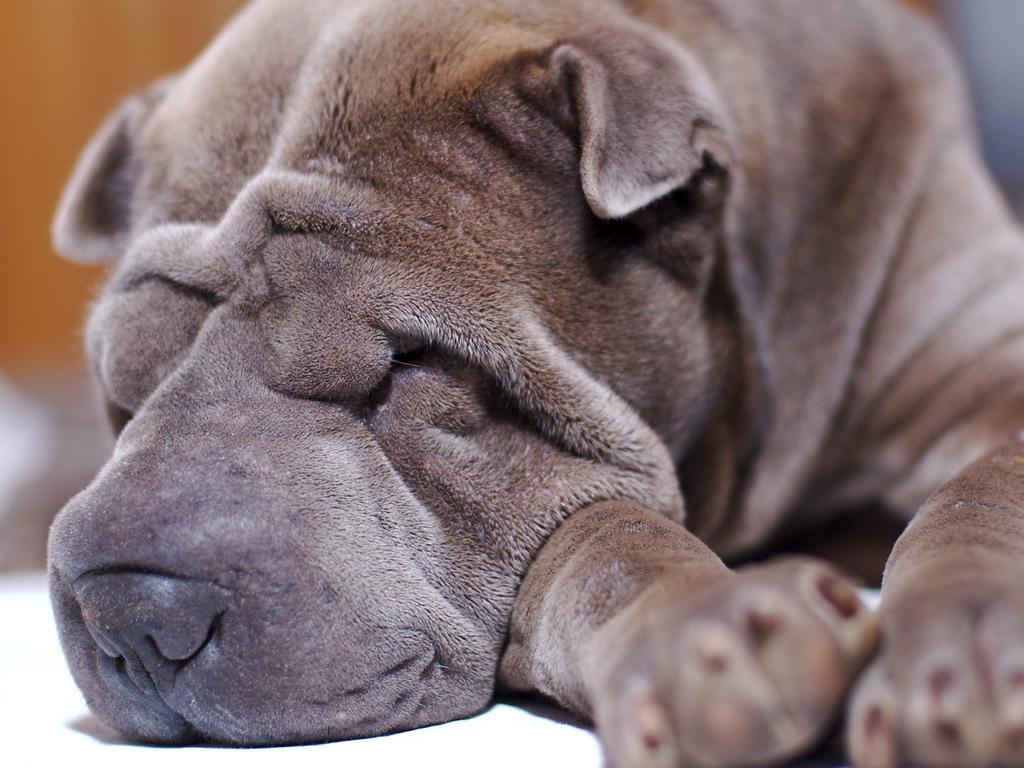 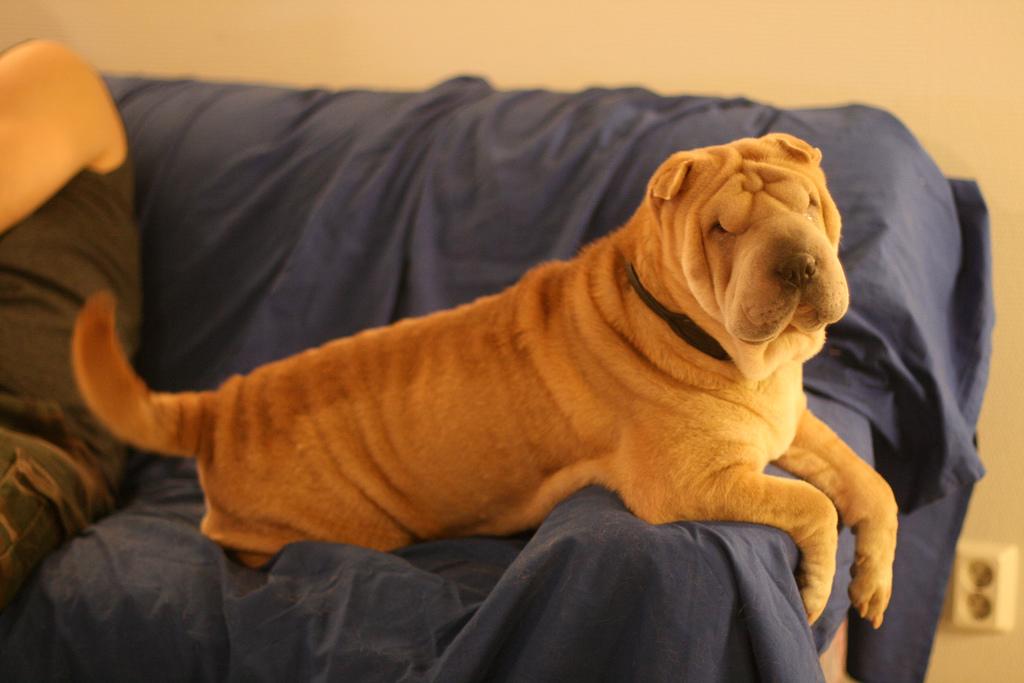 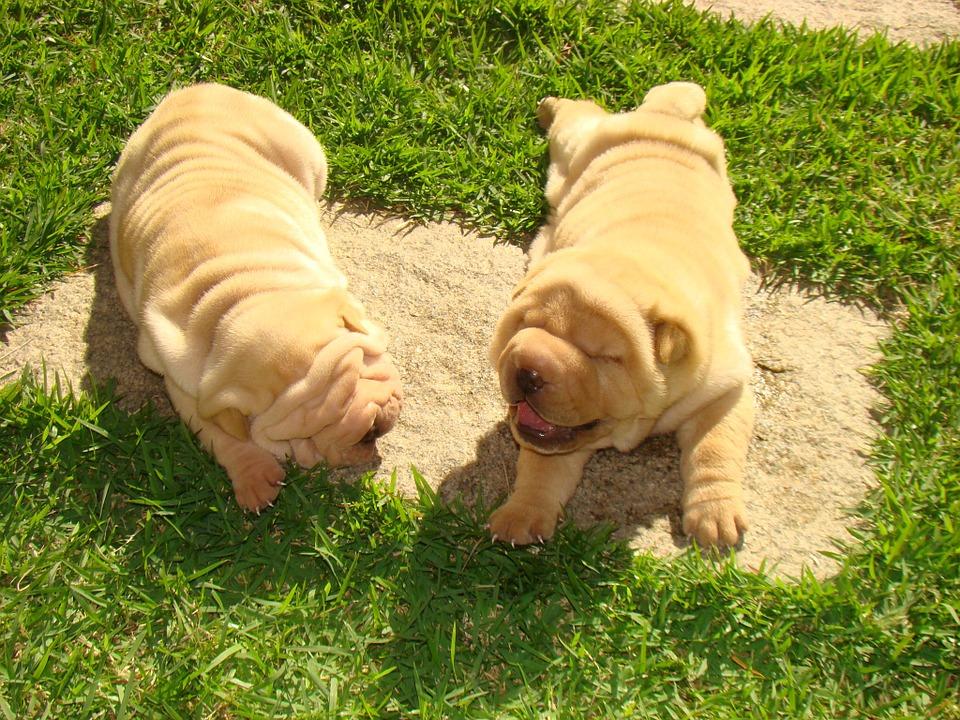 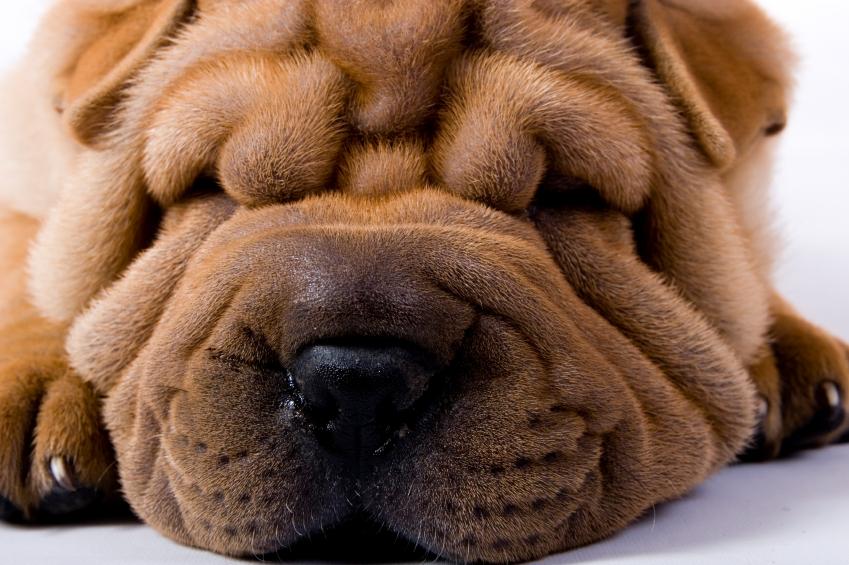