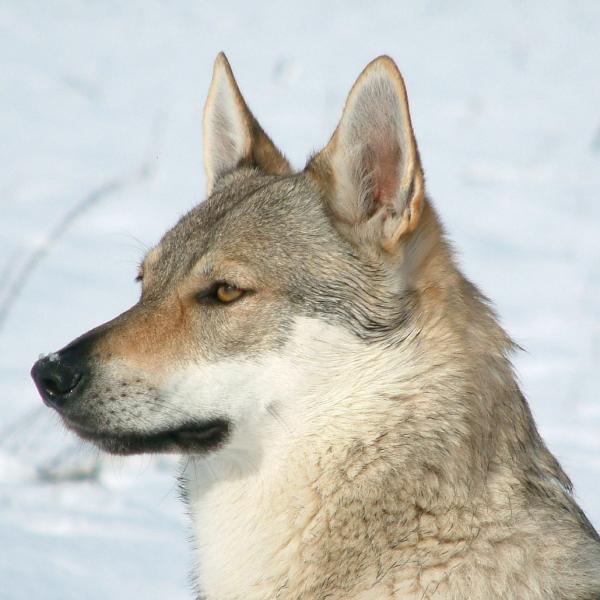 The Czechoslovakian wolfdog is a true example of the close kinship between dogs and wolves. Having originated from German shepherds and wolves, this breed has mixed qualities of both a shepherd dog and wild wolf.

Origin of the Czechoslovakian wolfdog

This breed is very new and originated from an experiment carried out in 1955 in the former Czechoslovakia. This experiment aimed to verify if it was possible to obtain viable offspring from crosses between dogs and wolves.

Although ecologically and ethnologically different, this breed is a subspecies of wolves. After the first experiment, they began breeding and reproducing this mix, which gave rise to the Czechoslovakian wolfdog that we know today.

At the end of this experiment, breeders perfected a result of breed which carried the best qualities of a German shepherd and wolf, with which the breed was consolidated. In 1982 the Czechoslovakian wolfdog was recognized as the national breed of the now defunct, Czech Republic.

Physical characteristics of the Czechoslovakian wolfdog

The strong and tall body of these dogs is notoriously similar to that of the wolf. The relationship between body length and height at the withers is 10: 9. This gives these dogs an almost square-like structure. Their legs are long, the front ones thinner in comparison to its strong hind legs.

Its head has a truncated wedge shape. This part of the Czechoslovakian wolfdog is the one that gives it its closest resemblance to the wolf. Its nose is small and oval, with small, slanted and amber eyes. Its ears, similar to a wolf, are erect, thin, triangular and short. Its is of high insertion. During action, the dog carries its tail up and it is normally slightly curved in the shape of a sickle.

Its fur is resembles its wild lineage. Its hair is straight and adherent. Its coat has a very dense inner fleece and, together with the outer layer, covers its entire body; including its abdomen, the inner part of its thighs, its scrotum and the interior of the auditory pavilion. However its winter and summer coat tend to differ. This breed’s coat is normally gray, can range from yellowish gray to silver gray.

Character of the Czechoslovakian wolfdog

The primitive characteristics of the wolf are not only reflected in the appearance of the Czechoslovakian wolfdog, but also in their temperament. These dogs are very active, curious and brave, but also distrustful and can react in quick and energetic movements. They are usually very loyal to their owners.

Since they are direct descendants of wolves, these dogs can are not naturally sociable with other dogs and people. They carry very intense hunting impulses, therefore it is important to socialize them with people, dogs and other animals as soon as possible. With good socialization training, there should be no problems. However, as this breed carry wolf blood, caution should always be taken, especially around children.

Caring for a Czechoslovakian wolfdog

This breed sheds a lot of hair and therefore is not recommended for people who have dog allergies. Its summer coat is relatively simple to care for, since brushing it twice a week is. Its winter coat however, needs to be brushed more frequently,ideally daily. These dogs lose their hair regularly, especially during molting season. Bathing this dog is only necessary when it is obviously dirty.

Czechoslovakian wolfdogs require a lot of exercise and a lot of company. They are very active dogs that have a strong inclination to company, so they are not the type of dog that you can leave alone in a garden. If you want to adopt this dog it is necessary that you are sure you have enough time to provide it with the company and exercise it requires.

Despite their large size, this breed can adapt well to living in an apartment or flat provided that it get enough exercise outdoors. However, it is still recommended that you have a garden for this breed, or better yet, a rural property.

Czechoslovakian wolfdogs respond very well to canine training when done properly. Despite popular belief, dominant form of training is not recommended for this breed as it forces a power struggle between human and dog. Both wolves and dogs respond better to positive training styles, such as clicker training.

If this breed is well socialized and lives in a proper environment, they do not usually exhibit behavioral problems. However, with poor socialization or if surrounded by a stressful environment, they can be aggressive towards people, dogs and other animals.

Czechoslovakian wolfdogs can be excellent companion animals for those who have previous experience with dogs. Ideally, anyone who wants a Czechoslovak wolfhound should have experience with other breeds of dogs, it is also more helpful if this breed was from the shepherd dog family.

Health of a Czechoslovakian wolfdog

Perhaps because of the cross between the two subspecies, the Czechoslovakian wolf dog has greater genetic diversity than other dog breeds. Or maybe it's just because of pure luck, but the truth is that this breed is healthier than the average dog. However, they can have some predisposition to hip dysplasia. Make sure you follow the vaccination and deworming schedule of your dog, care for it appropriately, feed it well and visit your veterinarian when necessary.

Upload a picture of your Czechoslovakian Wolfdog 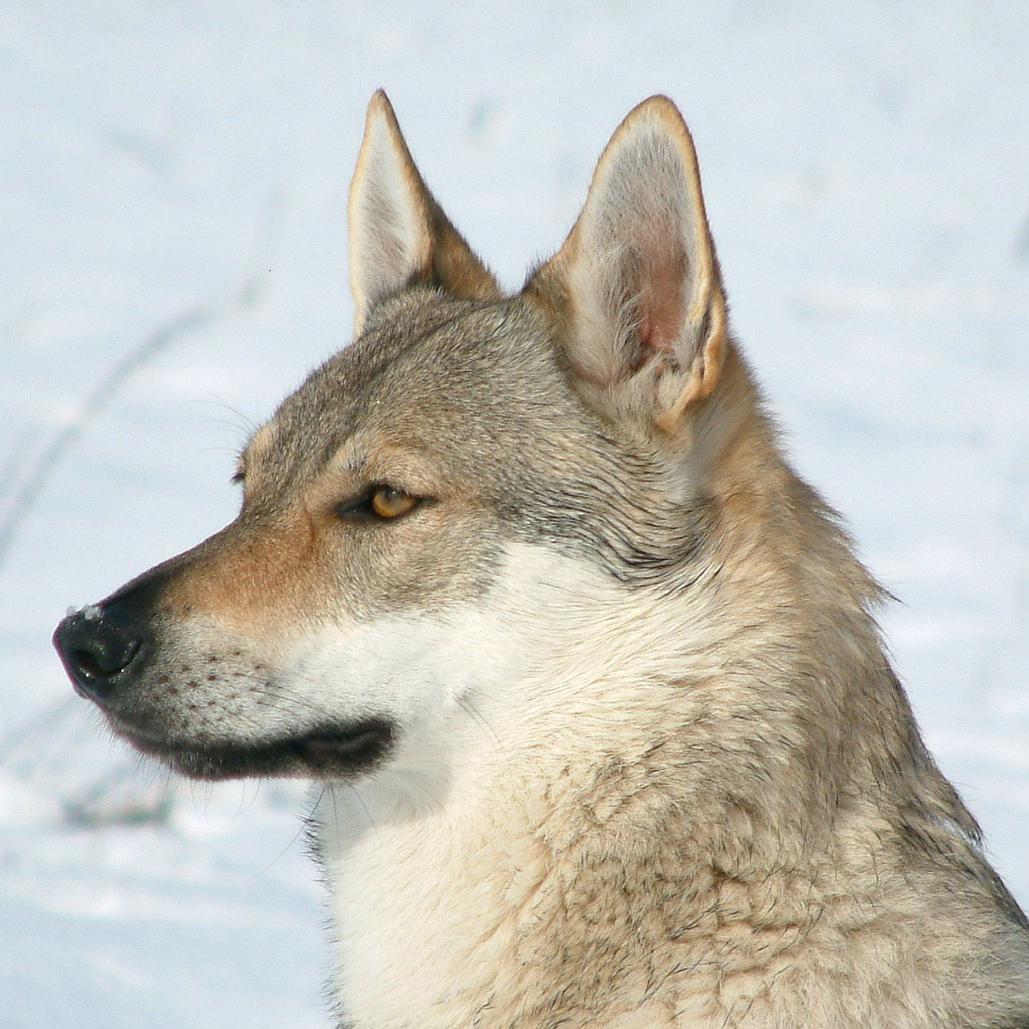 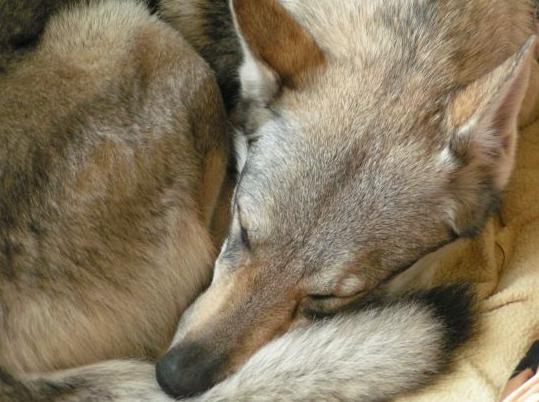 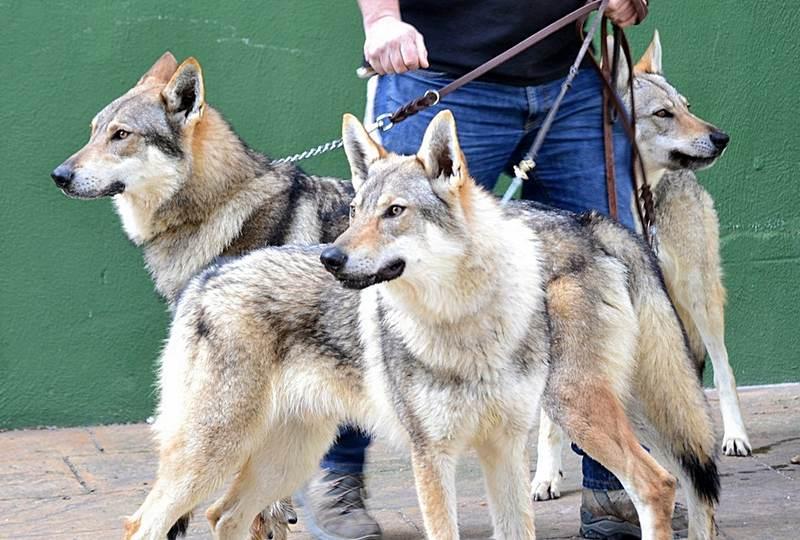 1 of 3
Czechoslovakian Wolfdog
Back to top