The poodle is one of the most well-known dogs in the world, due to their elegance, intelligence and balanced character. According to the International Cynological Federation (FCI), poodle dogs are classified into four varieties according to their size: toy, miniature, medium and standard. However, other cynological associations may have different criteria. For example, the American Kennel Club (AKC) only recognizes three varieties of poodle dogs according to their size: standard, miniature and toy.

If you are thinking of adopting a poodle, it is very important that you are clued up on their character, temperament with other dogs, characteristics and care they require. In addition, we will also talk about training and education, very important details to consider if we want a sociable and happy adult dog.

Continue reading this breedfile and find out everything about the standard poodle.

Origin of the poodle

This is one of the many French dog breeds, although its origin is uncertain and controversial. It is thought that the ancestor that most influenced the modern poodle was the barbet, a water dog that was widespread in Europe and especially in Germany.

Before the sixteenth century, the poodle and their ancestors were employed as water dogs. That is, they collected or recovered slaughtered prey. Therefore, it is thought that their English name "poodle" derives from the German word "pudel" that means to splash. In France, these dogs were known as "caniche" or "chien canard", both names alluding to the breed's usefulness in collecting ducks and other waterfowl.

It was from the sixteenth century that poodles began to become popular as companion dogs, and become very frequent in European courts and especially in French. Their great intelligence and elegance make this breed one of the most popular in history. Some authors speculate that modern haircuts were used to care for retriever dogs, while giving them more freedom in the water, but those cuts appear only when the poodle is a companion dog. Currently, poodle dogs are excellent pets, whatever the variety they belong to, and are also highly prized dogs at dog shows.

Physical characteristics of the poodle

The body of these dogs is proportioned and slightly longer than tall. The back is short and the crest height of the rump is equal to the height at the cross, so the top line is horizontal. Their back is strong and muscular while their chest is oval and wide.

Their head is straight and distinguished. It is well molded, not solid but not too delicate. Naso-frontal depression is poorly marked and their nose is black in black, white and gray dogs, but brown in brown dogs, and in fawn poodles it may be black or brown. Their eyes are almond shaped and very expressive. They must be dark. They may be dark amber in brown dogs, but for dogs of other colors, the eyes should be black or dark brown. The ears, flat, long and covered with wavy fur, fall along the cheeks.

The tail of the poodle is of very high insertion and was traditionally amputated in newborn puppies. Unfortunately, this cruel custom continues in many parts of the world and the FCI continues to accept poodle dogs with tails cut in a third or half of their natural length. But on the other hand, and fortunately, the habit of amputating dogs for "aesthetic" reasons is diminishing throughout the world.

The coat of the poodle is abundant, fine texture and woolly. It can be curled or in tufts. The well curly curly hair elastic is best known, and is usually cut typically for the breed. The hair in the form of tufts forms characteristic strings that hang.

Poodles are always a single color, which can be: black, white, brown, gray, orange fawn (apricot) and red fawn. According to the official FCI standard, the heights for the different varieties are as follows:

The FCI standard does not indicate an ideal weight for these varieties, but these dogs are usually lighter than other similar sized breeds.

In general terms, poodle dogs are very intelligent, faithful, cheerful and playful. In fact, they are considered as one of the five most intelligent dogs in the world. They learn very easily and love to run, swim and pick things up with their mouths (they are good collectors). The two larger varieties are usually a little quieter than the two smaller varieties.

Although poodle dogs excel in many disciplines, they are perhaps best at performing as pets. They are ideal for families and people who have dogs for the first time, they are great for novice owners. Of course, although they do not require extreme exercise, they are not good pets for very sedentary people. When well socialized, they tend to get along very well with children.

Caring for a poodle

Poodle hair tends to become tangled easily, so it is advisable to brush it two to three times a week when it comes to pet dogs. However, when it comes to show dogs, it is advisable to brush them daily. If you want to maintain a hair cut, it is necessary to take them to a dog groomer every month or month and a half, which is also how often they should have a bath. One of the great advantages of these dogs is that they lose almost no hair, making them excellent pets for people with allergies.

Like many other breeds of dogs, poodles need a lot of companionship and are not dogs to be on their own for too long, otherwise they may suffer separation anxiety. They can adapt very well to life in big cities and live very comfortably in an apartment, but they must go for a walk at least twice a day. Those of the large variety can also adapt very well to life in the countryside.

Of course, poodle dogs also need to be exercised daily. Their exercise needs are not as high as those of shepherd dogs, but they do require at least moderate exercise. In addition to their daily walks, collecting games (picking up the ball) and tug-of-war are very good to channel the energies of these dogs. It is also good to, whenever possible, practice canine agility, even if it is not competitively.

As adults, these dogs can be reserved with strangers, so it is important to socialize them well from puppyhood. However, they are not usually aggressive and tend to get along, or at least tolerate well, strangers and other dogs. Because of their past as a hunter they have a very developed prey impulse, so it is a good idea to socialize your poodle dog from an early age, to avoid problems with small pets.

Because of their great intelligence, poodles are very easy to train and excel in any form of canine training, provided that we use positive reinforcement as the basis of their education, such as clicker training.

Although generally not conflicting, poodles may also exhibit certain behavioral problems. When they do not receive the appropriate physical and mental stimuli, these dogs become bored and can become barkers and / or destroyers. In addition, those of small varieties have a tendency to bark excessively.

As these dogs are so intelligent, it will be very important to review basic obedience on a regular basis, spending between 5 and 10 minutes a day at most. In this way, we will not only be encouraging a good response in the dog, we will help them maintain their safety and improve our communication with them. Finally and so they do not get bored, it will be useful to teach them fun tricks, practice with varied intelligence games and try to stimulate them both mentally and physically.

Although the poodle tends to generally be a healthy dog , there are some diseases that are prevalent in this breed. These diseases include sebaceous adenitis, gastric torsion and Addison's disease. Less frequently, cataracts , hip dysplasia and epilepsy.

However, if we follow their vaccination schedule and offer good care, our poodle will enjoy good health. It will also be important to visit the vet every 6 months to quickly detect any disease.

Finally we remind you that it is basic to deworm our dog externally every month and internally every three months. If we follow these guidelines, our poodle will stay away from all kinds of parasites.

Upload a picture of your Standard Poodle 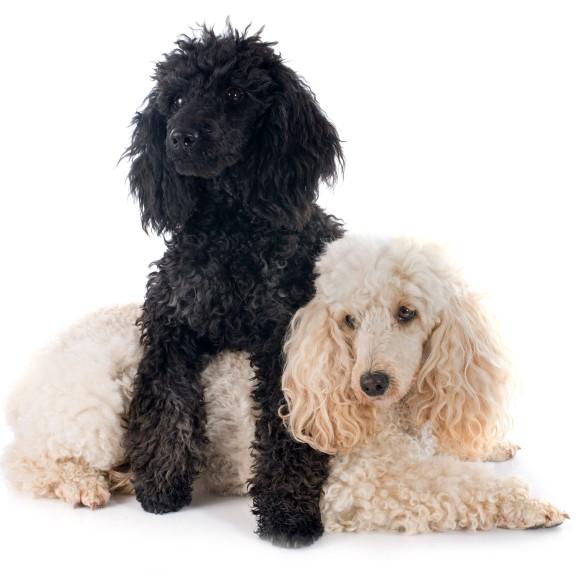 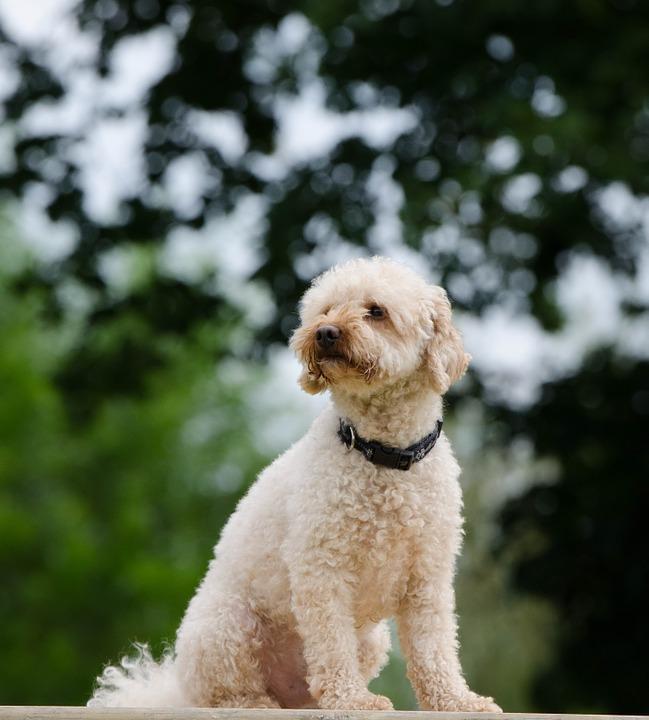 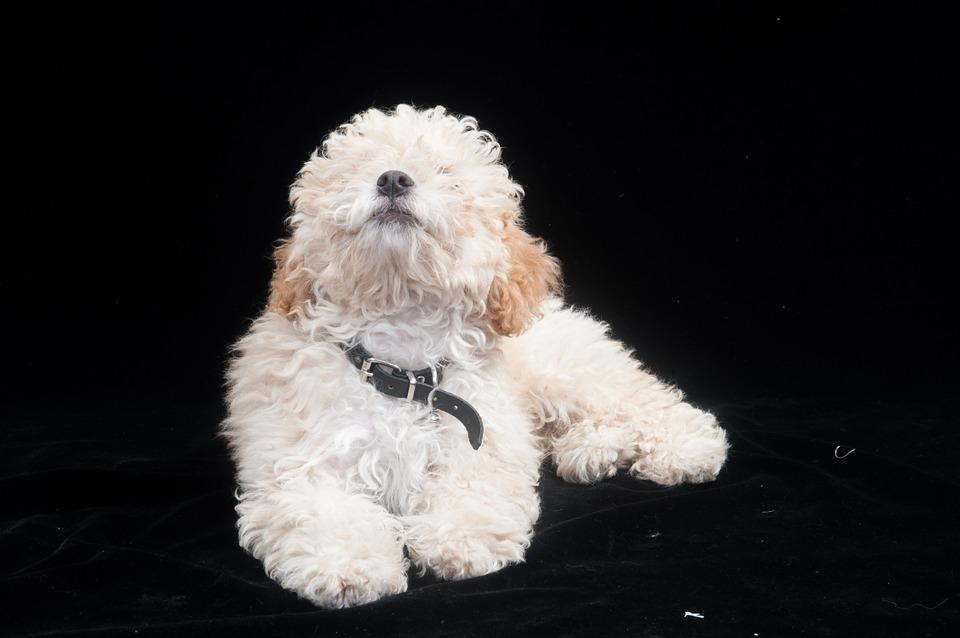 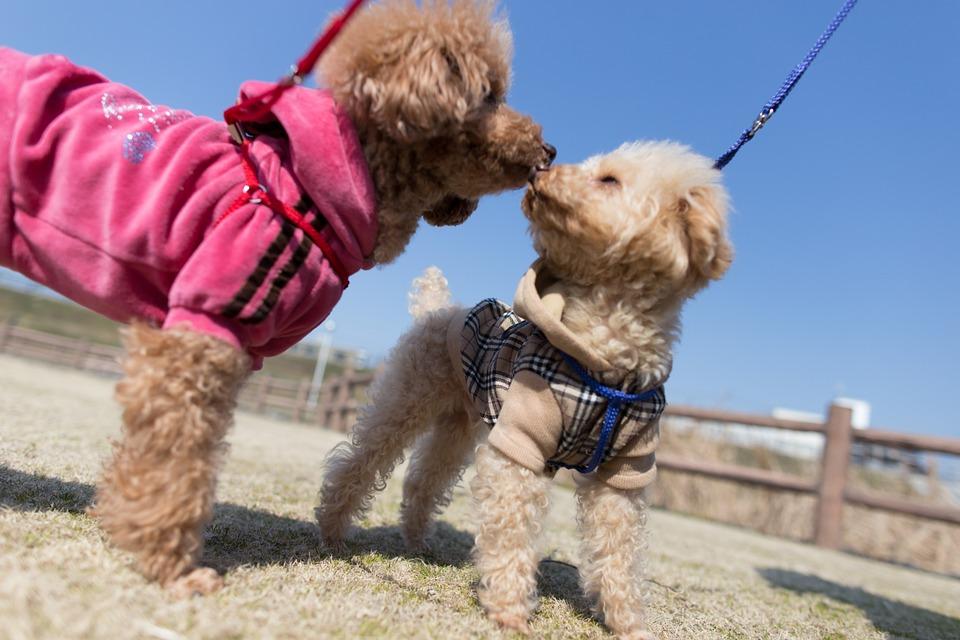 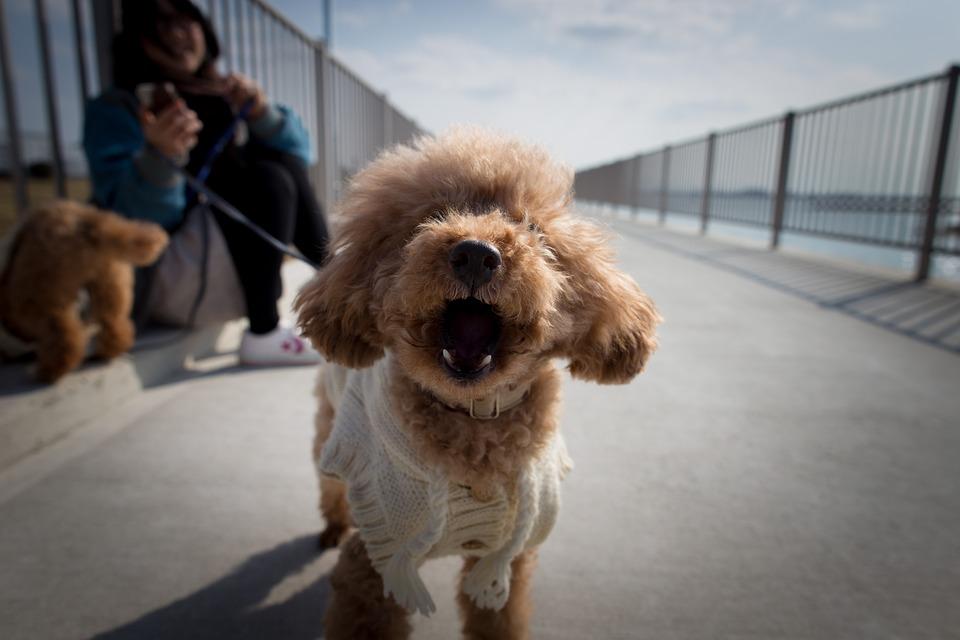 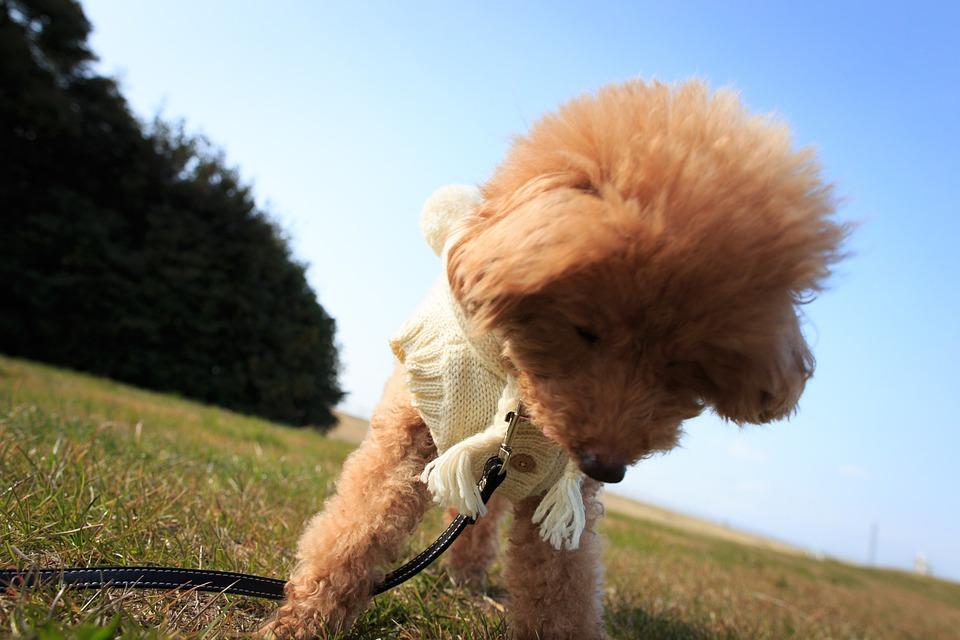 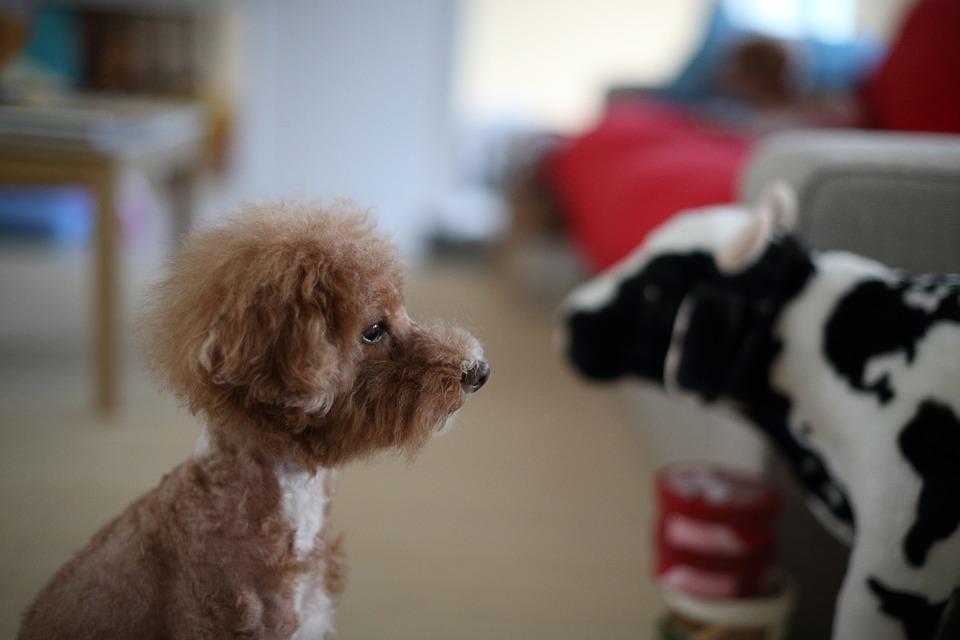 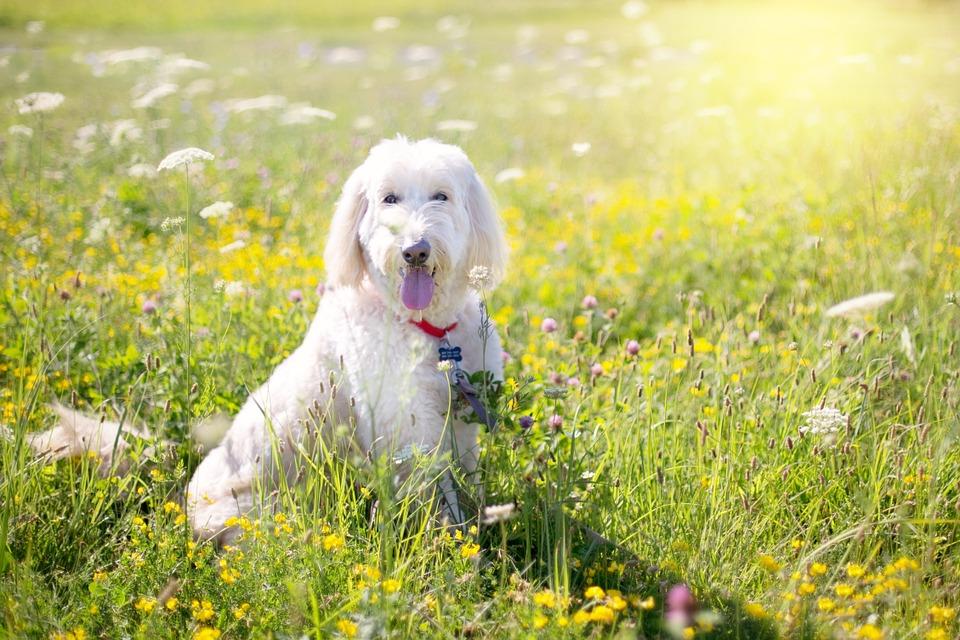 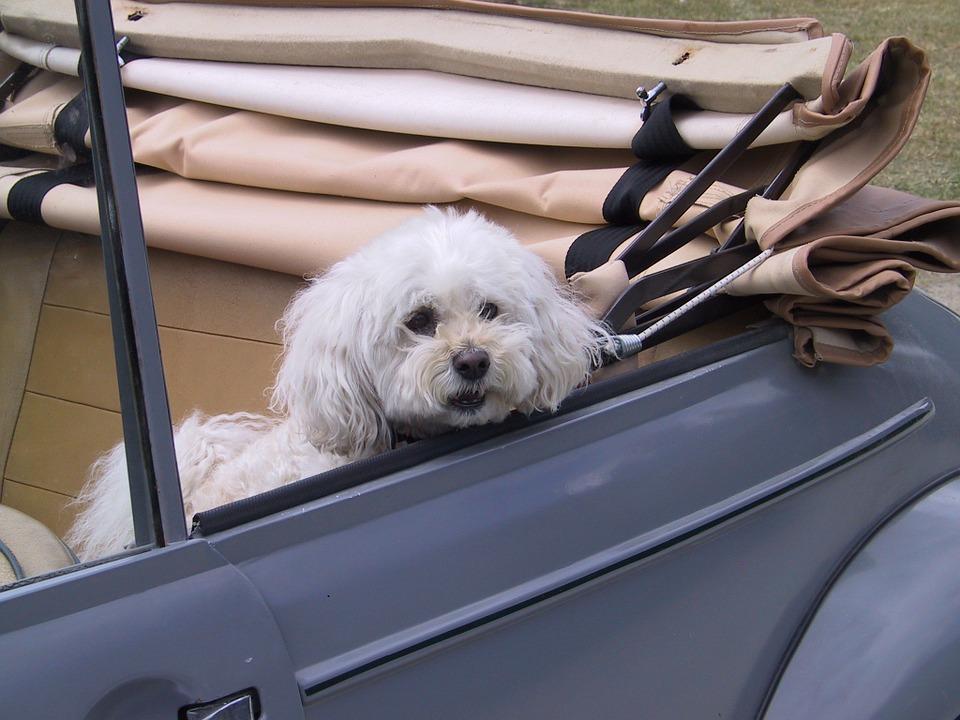 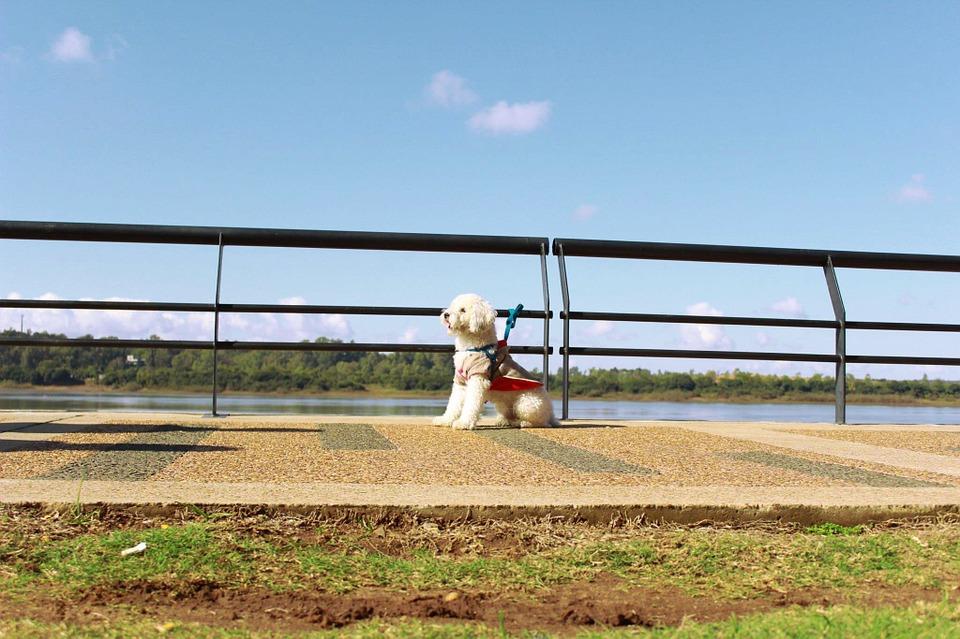 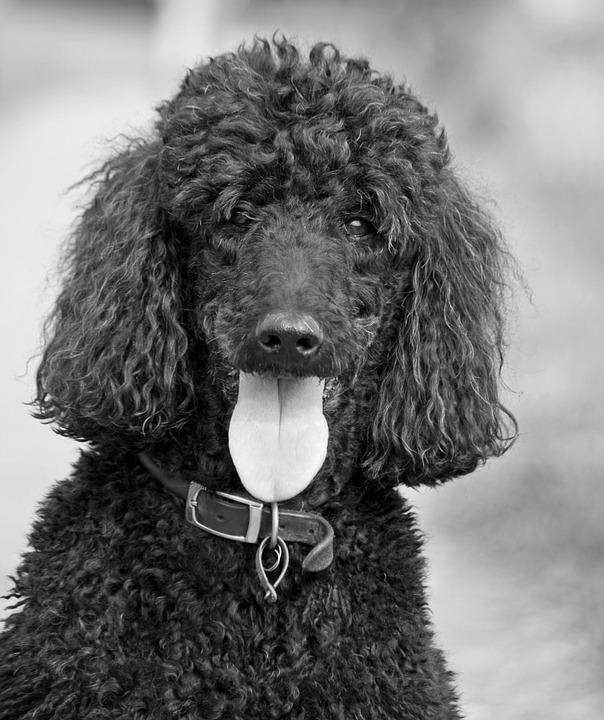 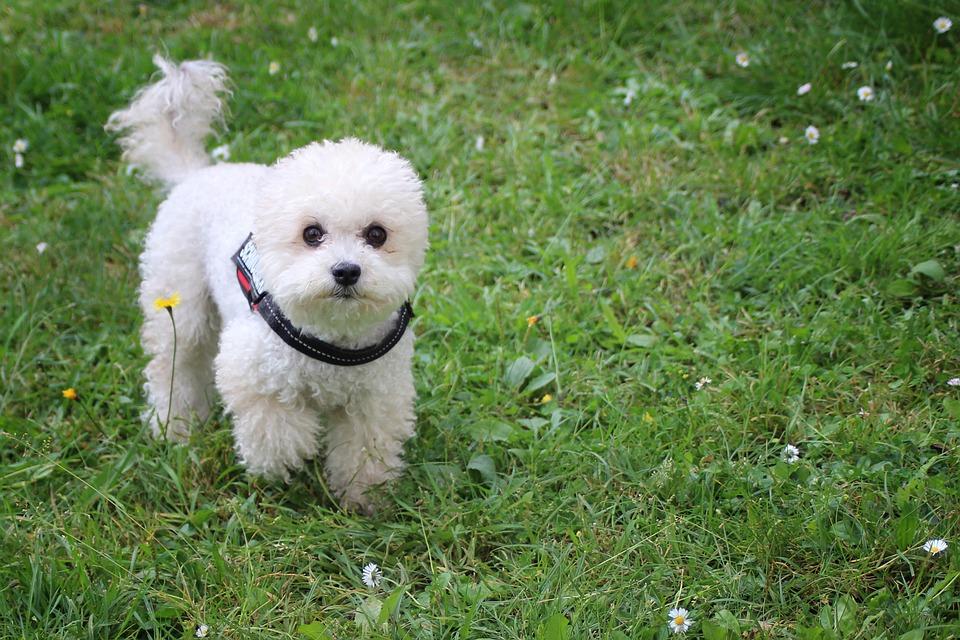 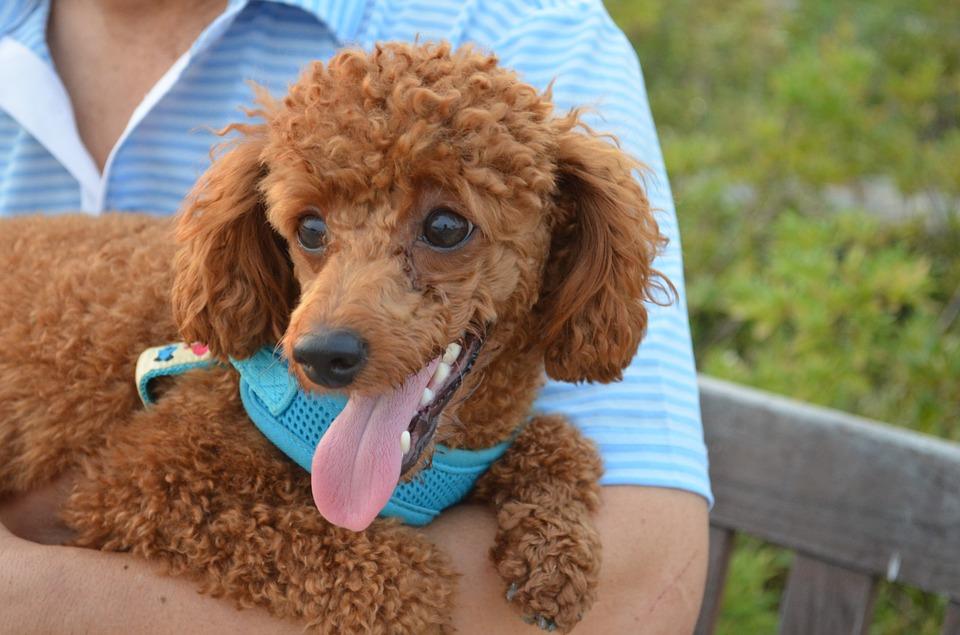 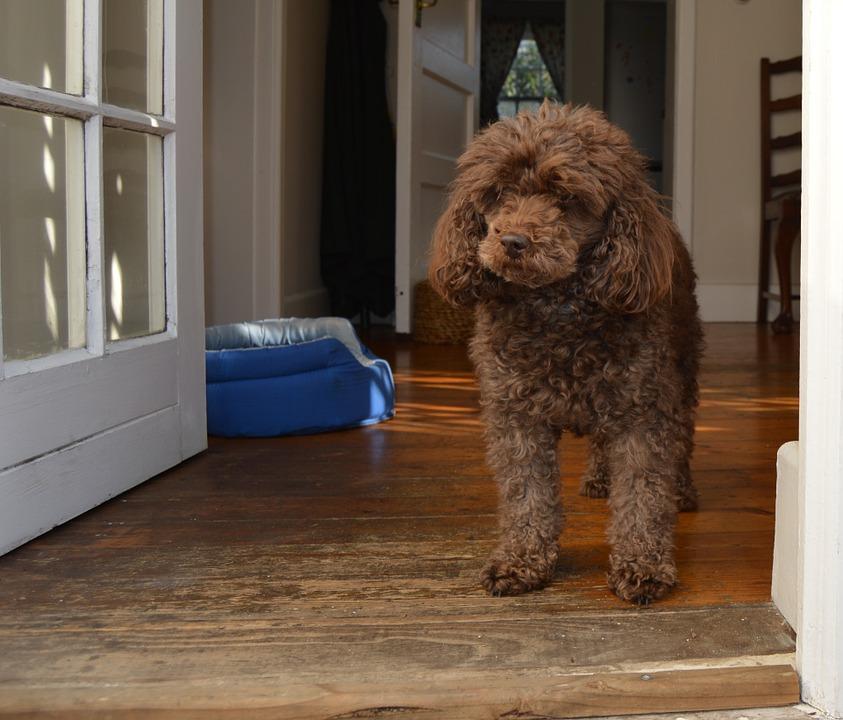 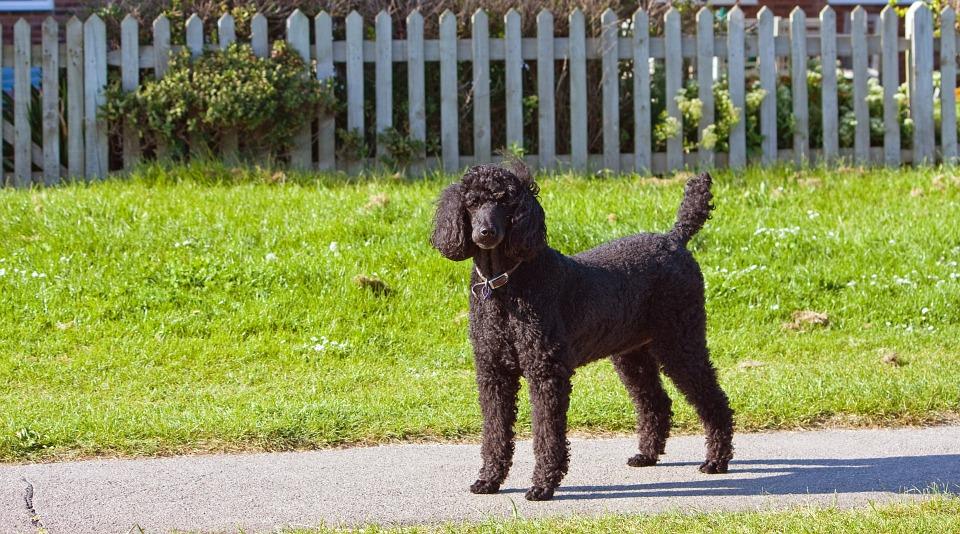 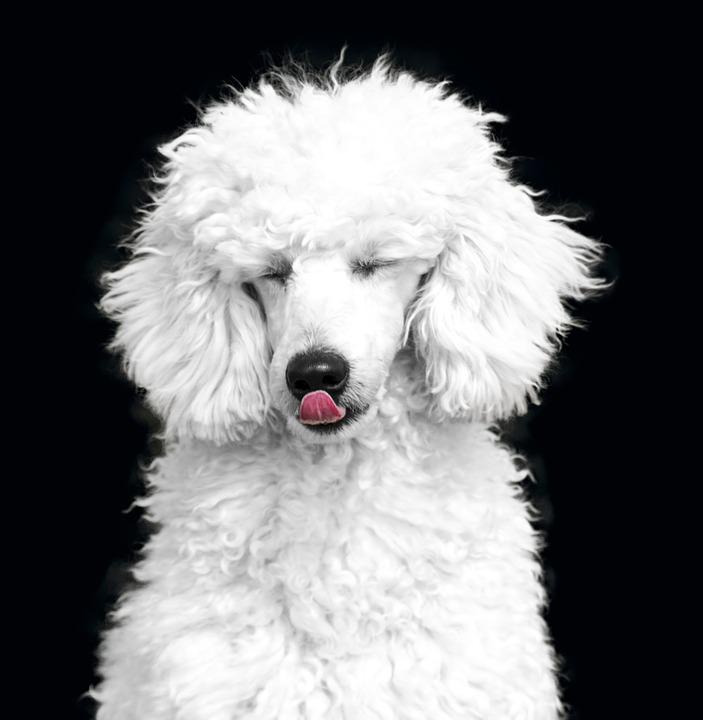 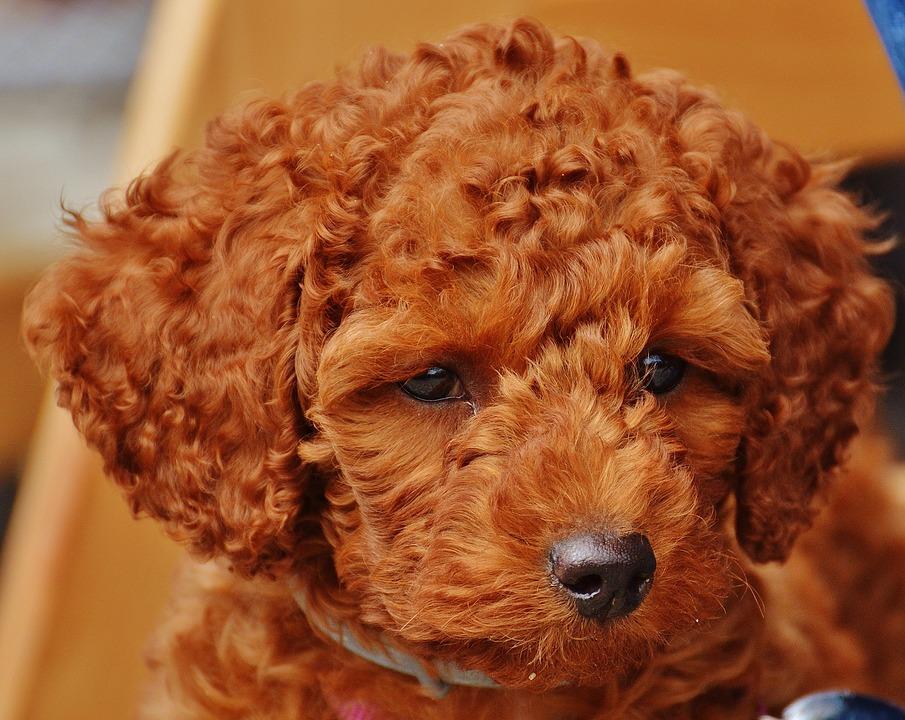 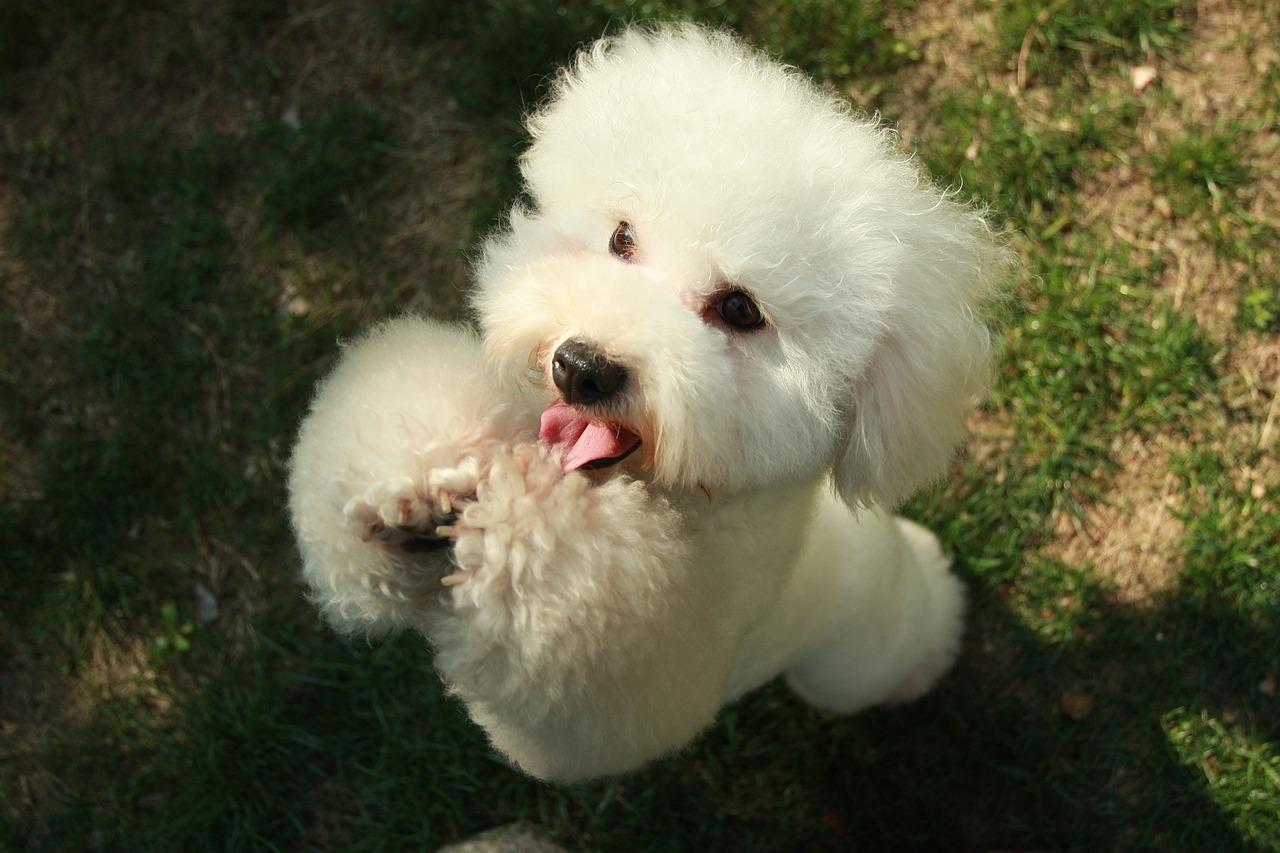 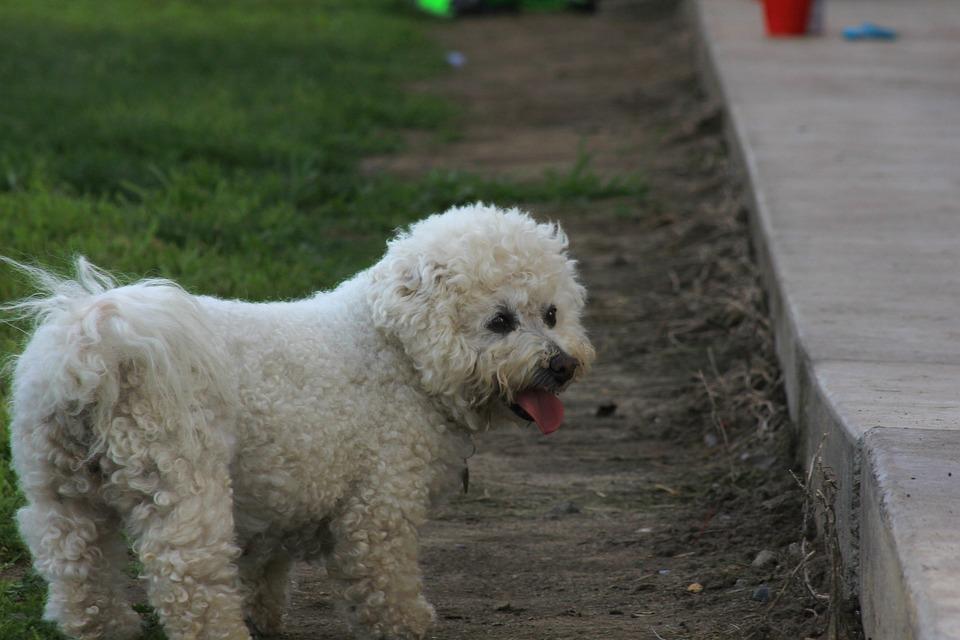 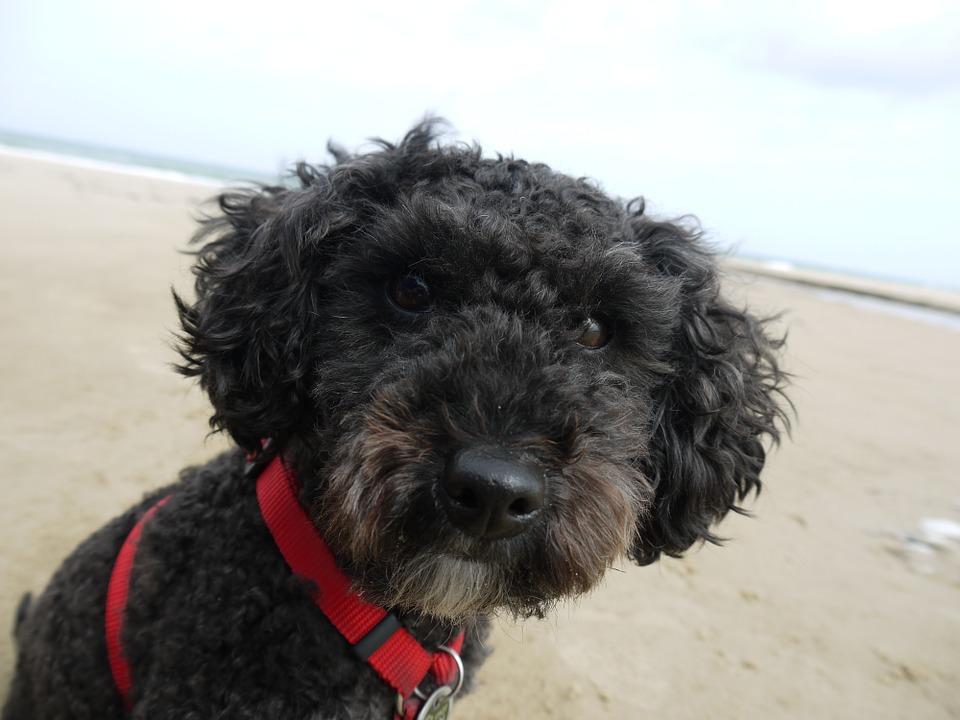 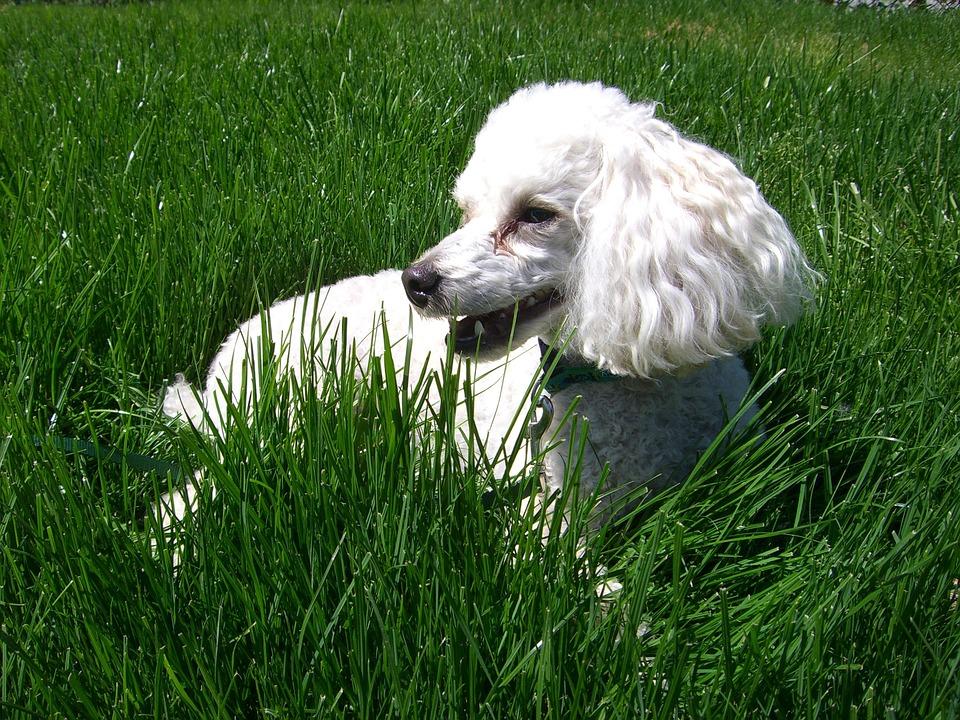 1 of 22
Standard Poodle
Back to top