During the embryonic development of any animal, crucial processes are carried out so that the new individual can form correctly. Any failure, corruption or error during this process can cause serious damage to the progeny, including death of the unborn embryo. The embryo is the early stage of the development which occurs after fertilization, e.g. when an egg is fertilized with sperm.

Fish embryo development is something which is used by many schools and educational facilities to help understand this process in general. This is because fish eggs are transparent and can be more easily observed using microscopes or other magnifying equipment. Here AnimalWised explains some of the concepts around this process by providing information on fish embryo development stages.

You may also be interested in: Life Cycle of a Cat - Stages of Development
Contents

To better understand the different stages of fish embryo development, we should provide some background on basic embryology concepts. These include understanding different egg types and the phases which make up early embryonic development.

Different eggs are often differentiated by how much yolk is contained within and how it is distributed. The yolk is the part of the egg which provides nutrients to allow the embryo to survive. Some eggs do not contain yolk as they get their nutrition from other food sources such as a parasite feeding off a host body. The yolk is scientifically known as the vitellus, which might be helpful as we often think of yolks being those which belong to chicken or duck eggs. As we said above, the embryo forms from the union of an egg (or ovum) and the spermatozoa.

Types of eggs based on yolk distribution:

Types of eggs based on amount of yolk:

Temperature is closely related to the incubation time of fish eggs and fish embryo development[1]. The same occurs in other species. There is usually an optimal temperature range for incubation which can vary within a range of about 8 ºC (46.4 ºF).

Now that you know some of the basic concepts of embryology, we can look at the specifics of fish embryo development stages. Fish are within the telolecithal egg category. This means their yolks are displaced to a different pole of the egg than that of the fish embryo. Here is how the phases break up:

The newly fertilized egg remains in the zygote stage until the first division. The approximate time in which this split takes place depends on the species and the corresponding optimal incubation temperature. In the zebrafish (Danio rerio), the first segmentation occurs about 40 minutes after fertilization. Although it seems that in this period there are no obvious chnages (the zebrafish is one of the fish most often used in research), decisive processes are taking place inside the egg for further development.

The egg enters the segmentation phase when the first division of the zygote occurs. In fish, the segmentation is meroblastic. This is where the division does not occur throughout the entire egg as it is prevented by the yolk. Instead it is limited to the area where the fish embryo is located. The first divisions are vertical and horizontal to the embryo. These divisions occur very quickly and synchronously. They give rise to a mound of cells which settle on the yolk, constituting the blastodisc.

During the gastrulation phase, a rearrangement of the cells of the embryonic disk takes place via morphogenetic movements. This is the information contained in the nuclei of the different cells which have already been formed. They are transcribed in a way that forces the cells to obtain a new configuration space. in the case of fish, this reorganization is termed involution[2]. Likewise the stage is characterized by a decrease in the rate of cell division with little or no cell growth.

During the involution, some cells of the blastodisc migrate towards the yolk to form a layer on top. This layer is known as the endoderm. The layer of cells which remains on the mound will form the ectoderm. At the end of the process, the gastrula will become defined and form the epiblast which results in the two primary germ layers[3]. This germ layers are collectively known as blastoderms and consist of the ectoderm and endoderm.

During the differentation phase in fish, the third embryonic layer appears. This is located between the endoderm and ectoderm and is known as the mesoderm.

The endoderm invaginates (folds into a pouch) forming a cavity known as the archenteron. The entrance to this cavity will be called the blastopore and it results in the anus of the fish. From this point, we can distinguish the cephalic vesicle (the part which forms the brain) and, on both sides, the optic vesicles (forming the eyes). After the cephalic vesicle, the neural tube will form and somites will be created on either side. These structures will end up forming the the bones of the fish as well as muscles and other organs.

So, throughout the fish embryo development stage, each germ layer will begin the production of several organs or tissues:

Are fish viviparous or oviparous?

Another important factor of the fish embryo development stage is how they are fed by the mother. Humans are viviparous which means they develop inside the mother and are fed directly (through the umbilical cord). In the majority of fish, however, they are oviparous. This means they lay eggs and the fish embryo develops for the most part outside of the mother. This means they are more vulnerable to predators, but it also means the mother doesn't need to stay near the spawn. Viviparous fish do exist, but are in the overwhelming minority. They include some species of shark such as lemon shark as well as fish species like the splitfin.

If you want to read similar articles to Fish Embryo Development Stages, we recommend you visit our Facts about the animal kingdom category.

Bibliography
Starfish Life Cycle - Reproduction and Life Stages
The Difference Between Viviparous Animals And Mammals
How Long is A Fish Pregnant?- Pregnancy in Fish
How Do Sharks Reproduce? - The Three Main Types
Related categories
Endangered animals
Most read
1.
What Animal am I According to my Zodiac Sign?
2.
10 Most Beautiful Animals in the World
3.
What Does It Mean When a Cat Shows Up at My Door
4.
The 10 Most Solitary Animals in the World
5.
Top 10 Smells Dogs Hate
6.
How Many Types of Lions Are There?
7.
Why do Dogs Get Stuck when Mating?
8.
My Female Dog In Heat Won’t Accept A Male - Causes
Are Seahorses Considered Fish?
Viviparous Animals
Diapause in Animals - Definition With Examples
What Are Oviparous Animals?
Do Sharks Lay Eggs or Give Live Birth?
How Long Is the Life Cycle of a Butterfly?
Modes of Reproduction in Animals
Types of Freshwater Fish 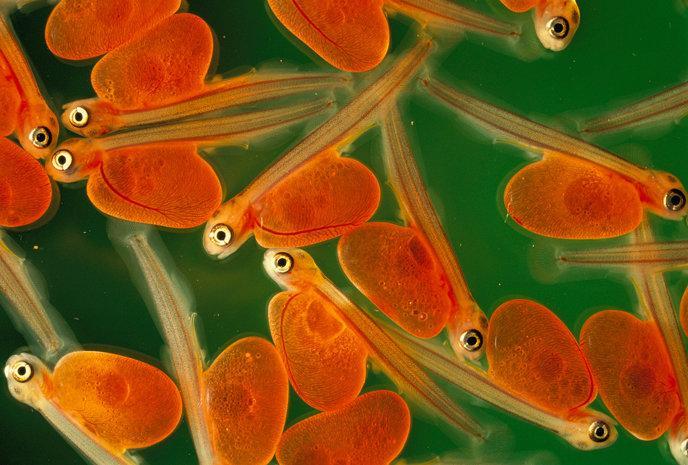 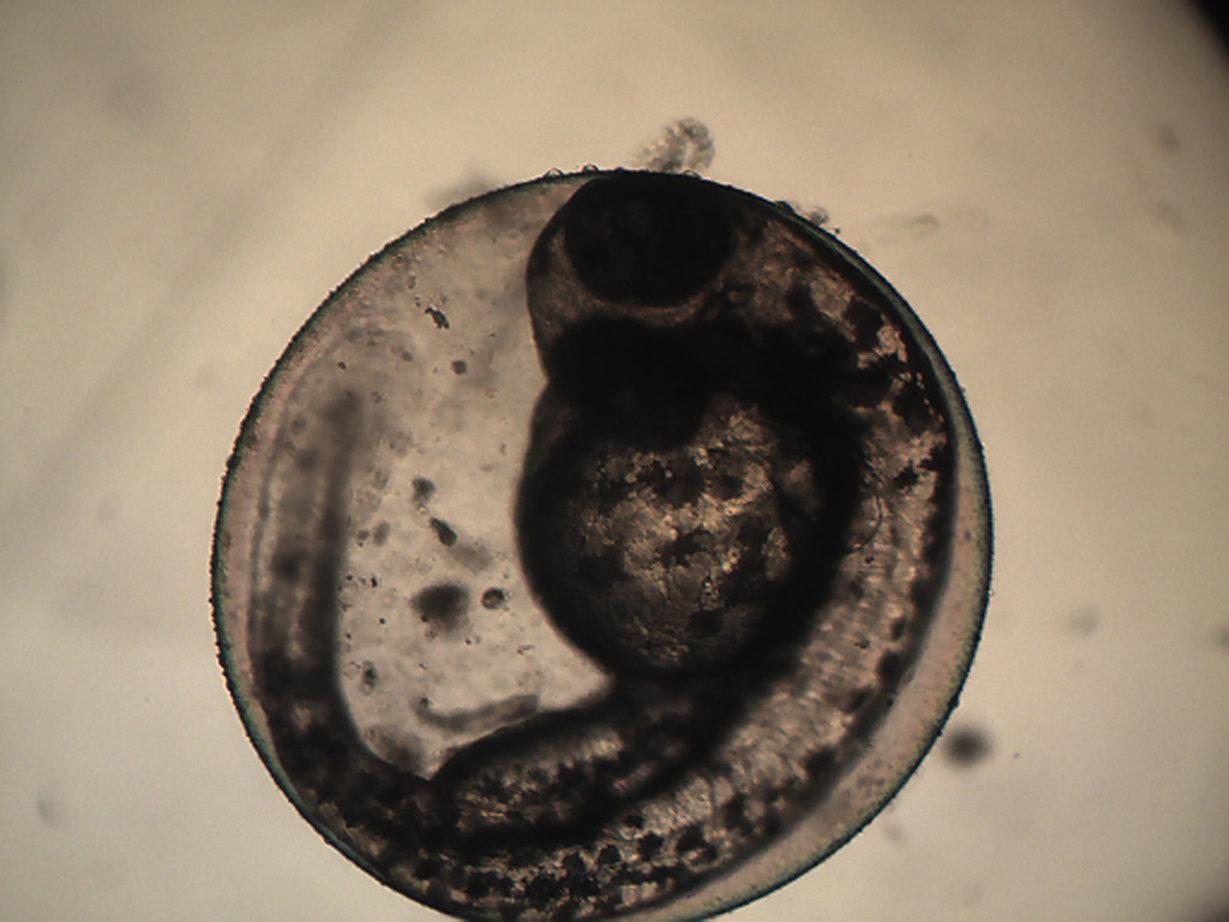 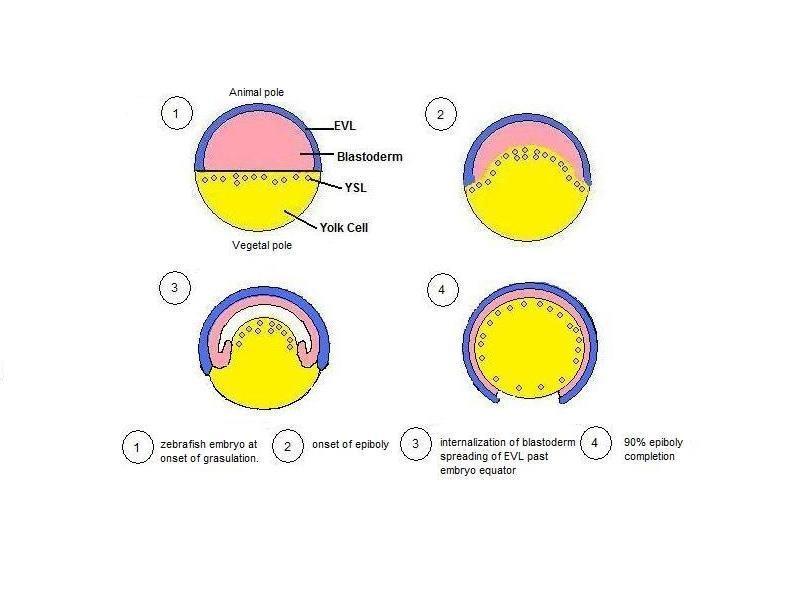 1 of 3
Fish Embryo Development Stages
Back to top