We mostly associated flying animals with birds and we do so for good reason. The list of flightless birds is small compared to those that can fly. The opposite is true when we look at mammal species. Although there is great morphological variety in mammals, we think of them as being mostly terrestrial animals. This is because the vast majority of mammal species lack the anatomical structures to allow them the capability of flight. Even some which do appear to have structures allowing them to fly are not actually able to carry out true flight.

At AnimalWised, we look at different types of flying mammals. We understand how certain mammals can fly and look at examples of these different species.

The only type of mammal able to fly is the bat, although there are many different types of bat species. At first glance, the wings of a bat and a bird can appear very different. Birds have wings covered in feathers, while bat wings look leathery and stringy in comparison. When taking a closer look, we see that the bone structure is essentially the same. They have the same bones, specifically the humerus, radius, ulna, carpals, metacarpals and phalanges.

Bats have additional bones on their wings which correspond to a wrist in humans, but birds do not. The metacarpal and phalangeal bones are lengthened, but the thumb remains small. These are used by the bat for holding on to objects and moving.

Evolution has changed the structure of flying mammals in order to allow flight, just as it has with birds. Their body weight is relatively low, as is their bone density. This better allows them to fly without using as much energy. Their hind limbs have been shortened and their brittleness means they do not support the weight of animal. It is for this reason bats rest upside down.

Geoffroy's bat is medium-small in size, with large ears and a protruding snout. Their fur is reddish-blond on the back and lighter on the belly. They weigh between 5.5 and 11.5 grams.

They are native to Europe, Southwest Asia and Northwest Africa. They prefer dense, wooded habitats where their main food source of food thrive, in this case spiders. They nest in cavernous areas, they are nocturnal and leave their shelters shortly before sunset, returning before dawn.

Common noctules are relatively large-sized bats, reaching 40 grams in weight. They have relatively short ears in proportion to the body. They have golden-brown hair which is often reddish in parts during the winter. The areas of the body that do not have hair, such as the wings, ears and snout, are very dark and almost black.

They are distributed throughout the Eurasian continent, from the Iberian Peninsula to Japan. They also inhabit areas in North Africa. It is also a bat of wooded areas. They nest mainly in tree hollows, although they can also be found in cracks in buildings.

It is one of the first bats to fly before nightfall, which is why they can be seen flying together with birds such as swifts or swallows. They are partially migratory. At the end of the summer a large part of the population moves south.

The meridional serotine is medium-large in size and they have yellowish fur. They have short, triangular, dark-colored ears, as does the rest of the body not covered by hair. Females are somewhat larger than the males, reaching 24 grams in weight.

Its populations are distributed from northwestern Africa to the south of the Iberian Peninsula. It feeds on insects and lives in rock crevices and rarely in trees.

Find out more about bat diet with our article on what fruit bats eat.

As stated above, there are some mammals which can't technically fly, but which have an ability which is rare among any type of animal. Northern flying squirrels are one of them. They have well-developed eyes which is important as they are nocturnal animals. The ability to glide is thanks to a patagium which is attached to the animal's side. This is membranous structure which is similar to the wing of a bat. It catches the air when they jump from height and they move their arms to guide their trajectory.

They are distributed in North America from Alaska to northern Canada. They live in coniferous forests, where nut-producing trees abound. Their diet is very varied. They can eat acorns, nuts, other seeds, small fruits, flowers, mushrooms, insects and even small birds. They nest in holes in trees and usually have two litters a year.

These squirrels are very similar to the northern flying squirrel, but their fur is lighter. They also have a flat tail and large eyes, as do the northern ones. They live in forested areas from southern Canada to Texas. Their diet is similar to that of their northern cousins. They need the trees to take refuge in their cracks and nest.

The flying lemur is a species of mammal that inhabits Malaysia. They are dark mottled grey, with a lighter belly. Like flying squirrels, they have excess fur over patagia between their legs and tails that allows them to glide. Their tail is almost as long as the body. They can weigh about 2 kg, making them much heavier than most bat species. They feed almost exclusively on leaves, flowers and fruits.

When female flying lemurs have young, they carry them in their bellies until they can fend for themselves. With them on top, they also jump and ‘fly’. They inhabit wooded areas, standing in the highest part of the trees. It is a species vulnerable to extinction according to the IUCN, due to the destruction of their habitat.

Find out more about flying mammals in the domestic environment with our article on keeping bats as pets.

If you want to read similar articles to Flying Mammals - Examples and Types, we recommend you visit our Facts about the animal kingdom category.

Bibliography
Types of Felines - Characteristics and Examples
Examples of Mammals That Lay Eggs - Monotremes
Which Animals Are Mammals?
Types of Mollusks - Characteristics And Examples
Related categories
Endangered animals
Most read
1.
What Animal am I According to my Zodiac Sign?
2.
10 Most Beautiful Animals in the World
3.
What Does It Mean When a Cat Shows Up at My Door
4.
The 10 Most Solitary Animals in the World
5.
Why do Dogs Get Stuck when Mating?
6.
My Female Dog In Heat Won’t Accept A Male - Causes
7.
How Many Types of Lions Are There?
8.
Animals With Scales - Full List
Diapause in Animals - Definition With Examples
Animals with Exoskeleton - Names and Examples
Examples of Vertebrate and Invertebrate Animals
Jawless Fish - Characteristics And Examples
The Difference Between Viviparous Animals And Mammals
Carnivorous Animals: Examples and Fun Facts
List of Cetaceans - Meaning, Types And Characteristics
Raccoon-like Animals - Names and Examples 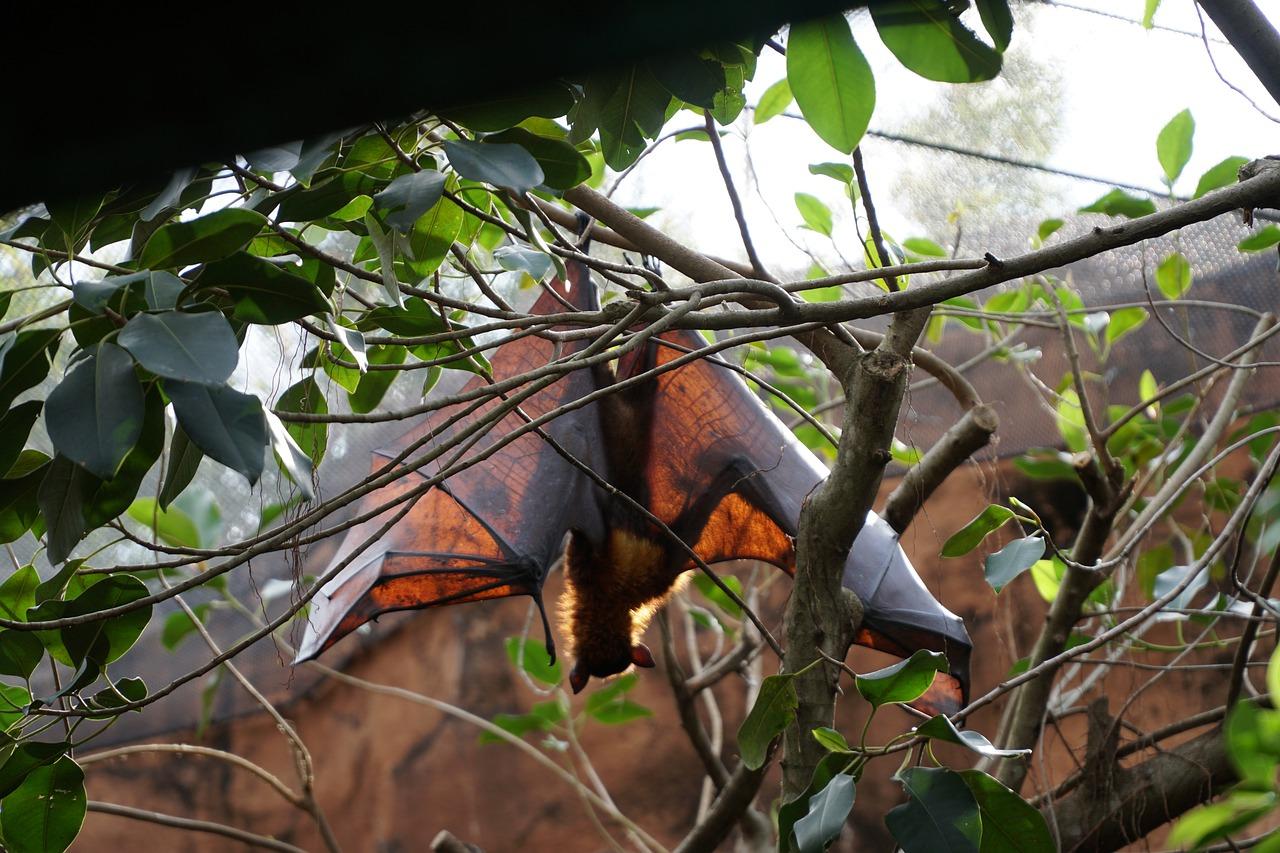 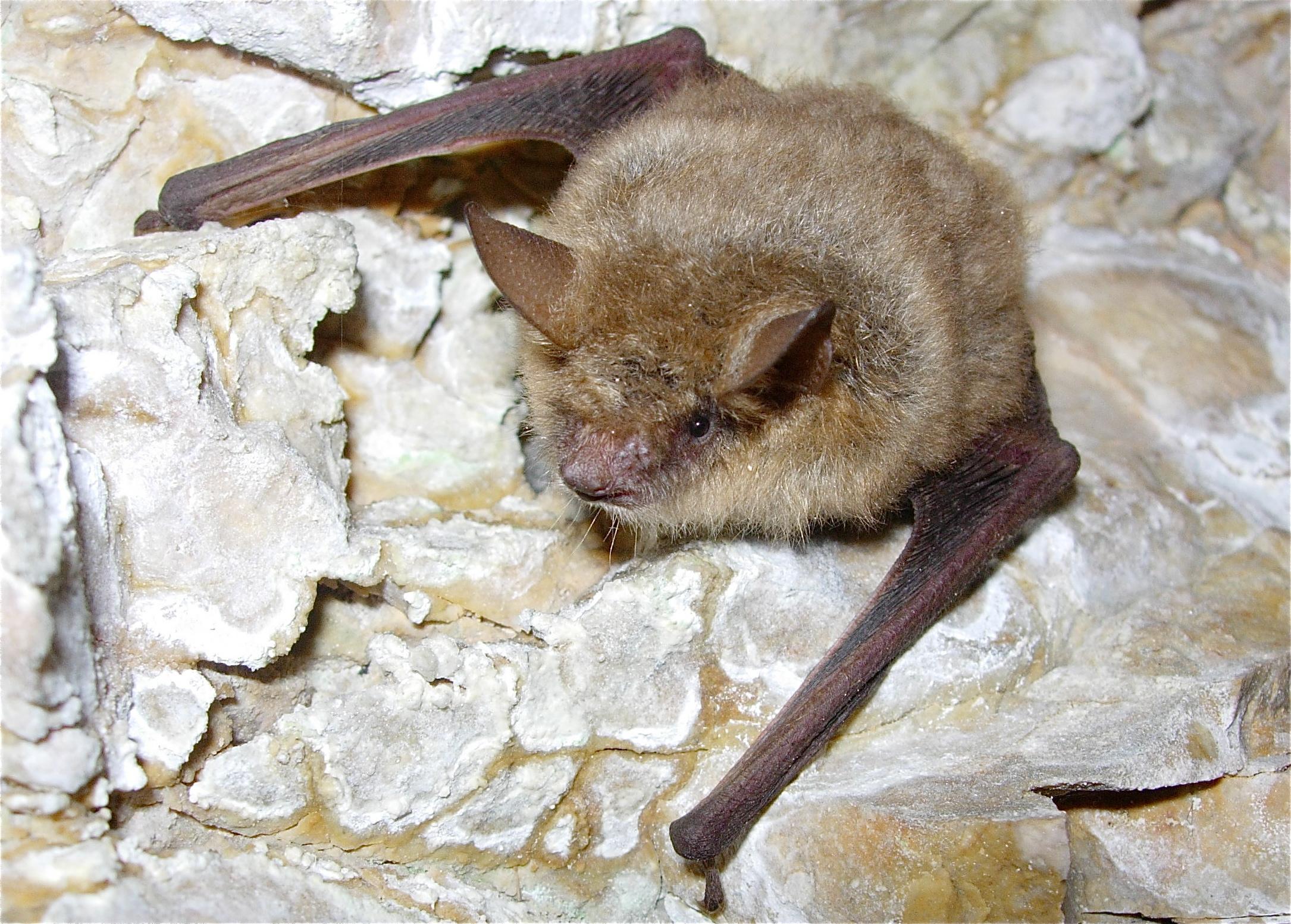 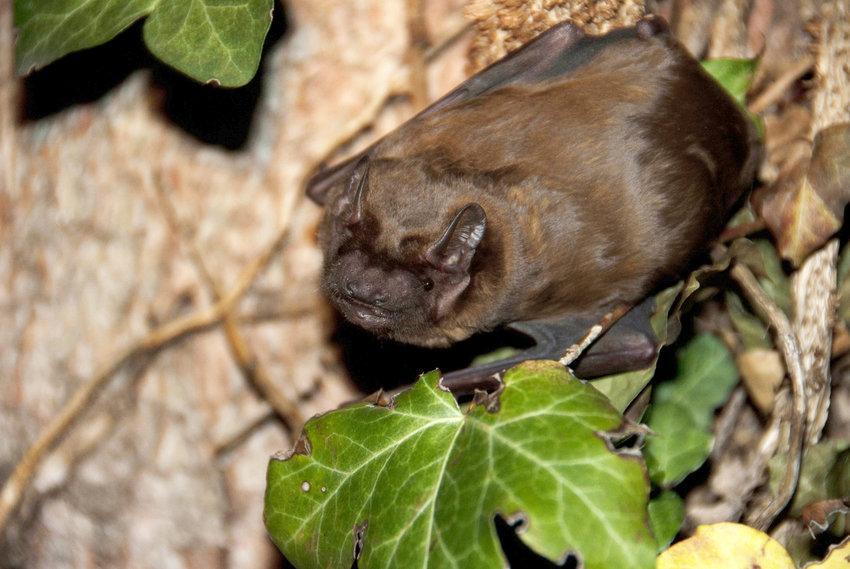 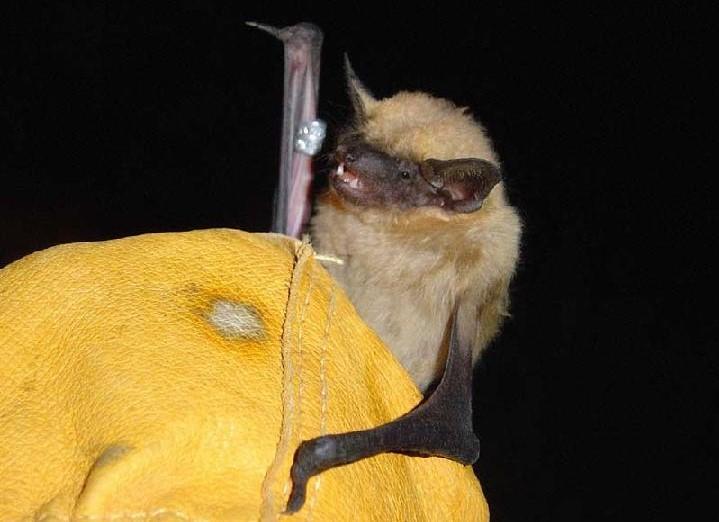 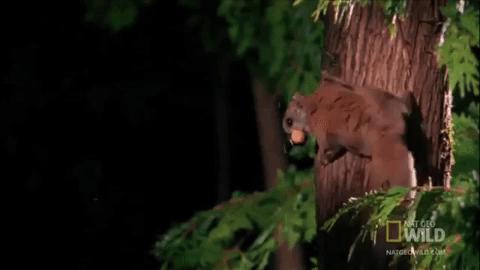 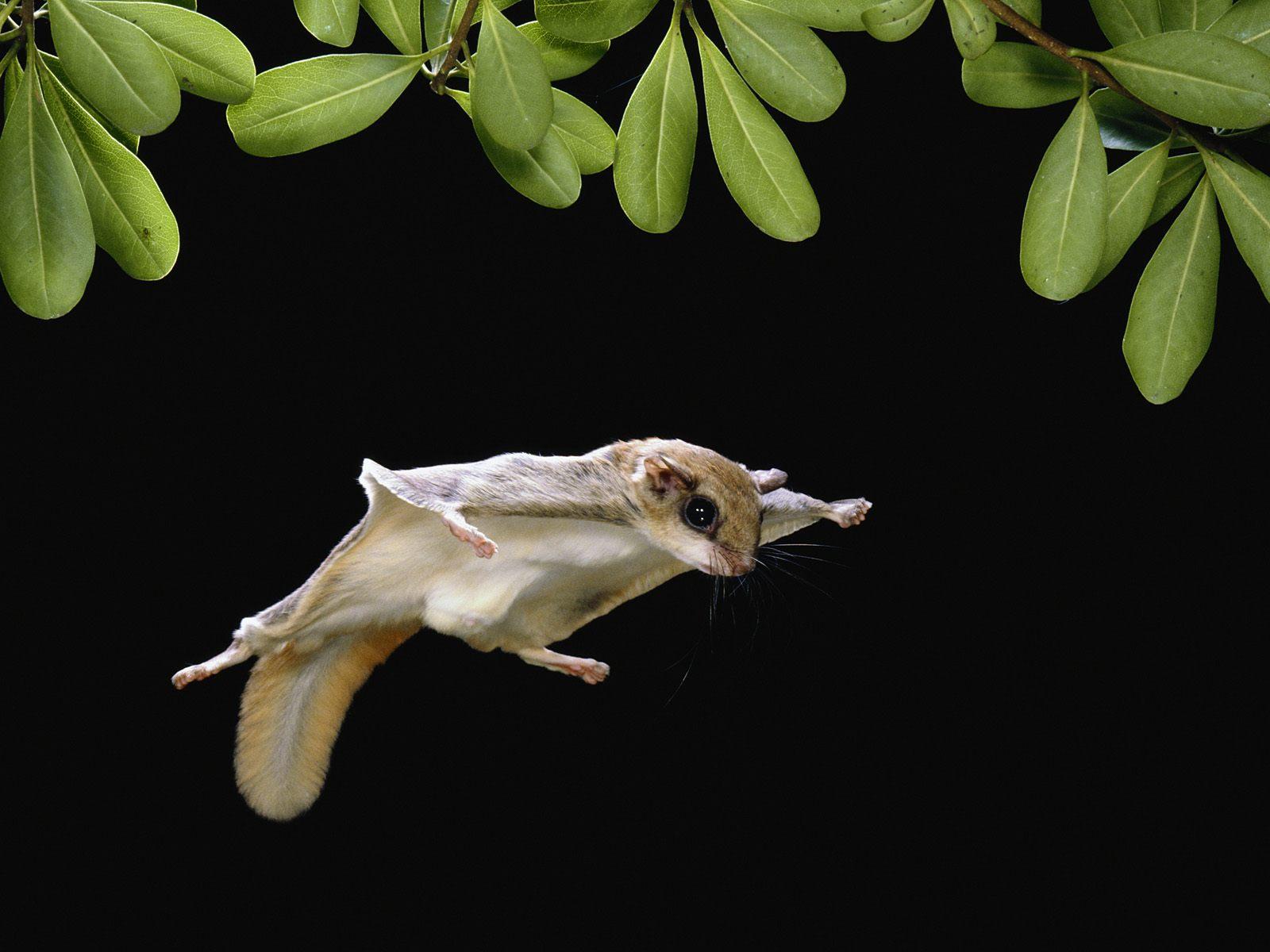 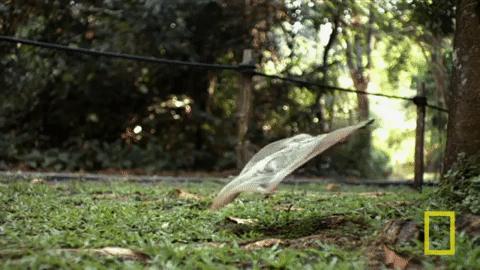 1 of 7
Flying Mammals - Examples and Types
Back to top