Categorizing nature is a worthwhile endeavor. It allows us to see the interconnectedness of all nature and helps us to understand not only where we came from, but where we might be going. It engenders respect for all living beings. Categorization is also not easy and sometimes nature throws a spanner in the works. These examples of mammals that lay eggs from AnimalWised are one such spanner.

Eggs are associated with animal groups such as reptiles, birds and fish. Mammals are known for giving live birth and feeding their young with milk from the mammary glands which provide their name. However, there are exceptions and egg laying mammals show that the requirements for categorization are not always easy. Let us show you what we mean.

You may also be interested in: Which Animals Are Mammals?
Contents

Why do mammals lay eggs?

All mammals have a type of sexual reproduction by which a cell from the female of a species is fertilized by a cell from the male. The main differentiation within mammal species is between those which grow the fetus inside the body and those which lay eggs. The former are known as placental mammals as the baby is fed via placenta in utero. The latter lay eggs which contain all the nutrients they need for growth and are then born from the egg.

The definition of monotreme is essentially a mammal which lays eggs, but their name is defined by the opening to their sexual organs. Mono means ‘one’ and treme means ‘opening’. They have a cloaca which other mammals (such as marsupials like the kangaroo) also have. What differentiates monotremes is that this one opening is used for urination and defecation as well as sexual reproduction.

Viviparous animals are those which develop the embryo inside the body and which give live birth. Egg laying mammals are oviparous as their embryo develops outside the body. This ability has fascinated biologists and study into the area, especially as it can help us to better understand genetic development[1] and other anomalies in nature. Just as monotremes are the exception when it comes to mammals, fish have exceptions the other way around. Most fish are oviparous, but some fish, such as certain species of shark, are viviparous. Marsupials are not placental animals, but they still give live birth instead of depositing the egg outside the body.

Monotremes have many similarities to their fellow mammals. They need these shared characteristics to be considered part of the same animal group. They include:

However, laying eggs is not the only difference monotremes have when compared to other mammals. Their brains are different from placental animals in that they do not connective tissues between the two hemispheres. While they have a single jawbone similar to other mammals, they also have some differences. The bones which connect them to the inner ear are housed within the skull, but they have a different type of opening. While the ear works in the same way, research suggests that monotremes evolved this feature differently from other mammals[2].

Monotremes are similar to reptiles in that they lay eggs, but this is not the only similarity they share. Their bone structure gives them a reptile like walk and they possess a spur in their ankle area. While it doesn't function in all monotremes, one specious carries a venom which is passed on via this spur.

The platypus (scientific name Ornithorhynchus anatinus) has a very curious appearance. So curious is this appearance that when it was first discovered, many in the known scientific community thought it was a hoax. They thought that the bill (giving its alternate name of duck-billed platypus) was attached to the body of a furry mammal and given similar duck like webbed feet. They also have a tail which looks like that of a beaver and, similar to a beaver, they use this for deft motion through water. They are semiaquatic meaning they spend time on both land and water.

The platypus weighs around 3 kg (6.6 lbs) and is around 60 cm (23.6") long in adulthood. Their fur is dark brown, but often has gray or yellow spots. Their fur is sleek and and thick, keeping them waterproof and warm when going into the water. They are above singular species which has a spur on their hind legs used to inject a strong venom. This is used to defend against predators. Unfortunately, they are the only species left in their particular genus, although others have been known to exit thank to fossil records[3].

In terms of habitat, the platypus is native to Eastern Australia and lives in burrows or on river banks. They feed on insects and other invertebrates such as shrimp and worms. They have cheek pouches where they can carry prey for a while to eat when back on land. To find their food they use electrolocation. They use electrical receptors to perceive even the weakest of signals from their prey. Apart from some dolphins, monotremes are the only mammals able to use this sense.

In regards to reproduction, as we stated above, the females lay eggs and incubate them outside of the body. This incubation period lasts around 10 days. They generally don't lay more than 3 eggs, but 2 is the standard. Once hatched, the little ones feed on breast milk through the mammary glands. Curiously, they do not feed via nipples, but through openings in the skin.

The other type of monotreme is the echidna of which there are four separate extant species (like the platypus, fossil records show other species existed). These extant species are contained within the genera Zaglossus and Tachyglossus.

These separate species have certain similar characteristics. As the names above suggest, although they can be of varying lengths, the echidna has a beak. It is narrow, unlike the bill of the platypus. They have spines over their body which can reach up to 7 cm (2.7") in length. These spines cover their back and they have short fur on the rest of their body although it does not have a tail. Like many animals with spines, the echnida uses theirs for defense. They roll into a ball and splay out their spines to prevent predators from coming near. These predators include mammals such as foxes and wild cats as well as snakes. They are very timid and will curl up into a ball at the slightest provocation.

Australia and the island of New Guinea are the only known wild habitats of the echidna. They are a nocturnal animal and will hide in rocks, shrubs and tree roots during the day. They are very good swimmers and feed mainly on insects. They locate their food through a keen sense of smell, but they do not chew their food as they have no teeth, Adult platypuses do not have teeth either, but they do when they are young. Long-beaked echidnas have tiny shap spines on their tongues to help catch prey. This tongue can measure up to 20 cm (7.8") in length and once the food is caught, it is ingested by crushing within the mouth.

As monotremes, the echidna gives birth via an egg which is leathery and laid about 22 days after fertilization. The birth occurs after about 10 days and the baby echnida looks still like a foetus, even if it has a tooth for escaping the egg. Babby echidnas are known as puggles. The mother keeps the young in a burrow it digs themselves and will leave them for about 5 days at a time to feed.

The platypus and echidna are the only two mammal species which can lay eggs. This is not their only difference, however, and their existence goes to show how fascinating and diverse nature can be.

If you want to read similar articles to Examples of Mammals That Lay Eggs - Monotremes, we recommend you visit our Facts about the animal kingdom category.

Do Dogs Have Belly Buttons?
Do Sharks Lay Eggs or Give Live Birth?
The Difference Between Viviparous Animals And Mammals
Flying Mammals - Examples and Types
Related categories
Endangered animals
Most read
1.
What Animal am I According to my Zodiac Sign?
2.
What Does It Mean When a Cat Shows Up at My Door
3.
10 Most Beautiful Animals in the World
4.
Animals With Scales - Full List
5.
Why do Dogs Get Stuck when Mating?
6.
Can Cats Absorb Negative Energy?
7.
The 10 Most Solitary Animals in the World
8.
Differences Between Deer, Elk, Moose and Reindeer
What Are Oviparous Animals?
Aquatic mammals List - Characteristics And Examples
How Do Parrots Mate and Breed? - The Reproductive Process of Parrots
10 Facts About the Platypus
Frugivorous Animals - Animals That Eat Fruit
20+ Incredible Animals that Migrate and Why
Jawless Fish - Characteristics And Examples
Types of Annelids – Examples of Annelid Species 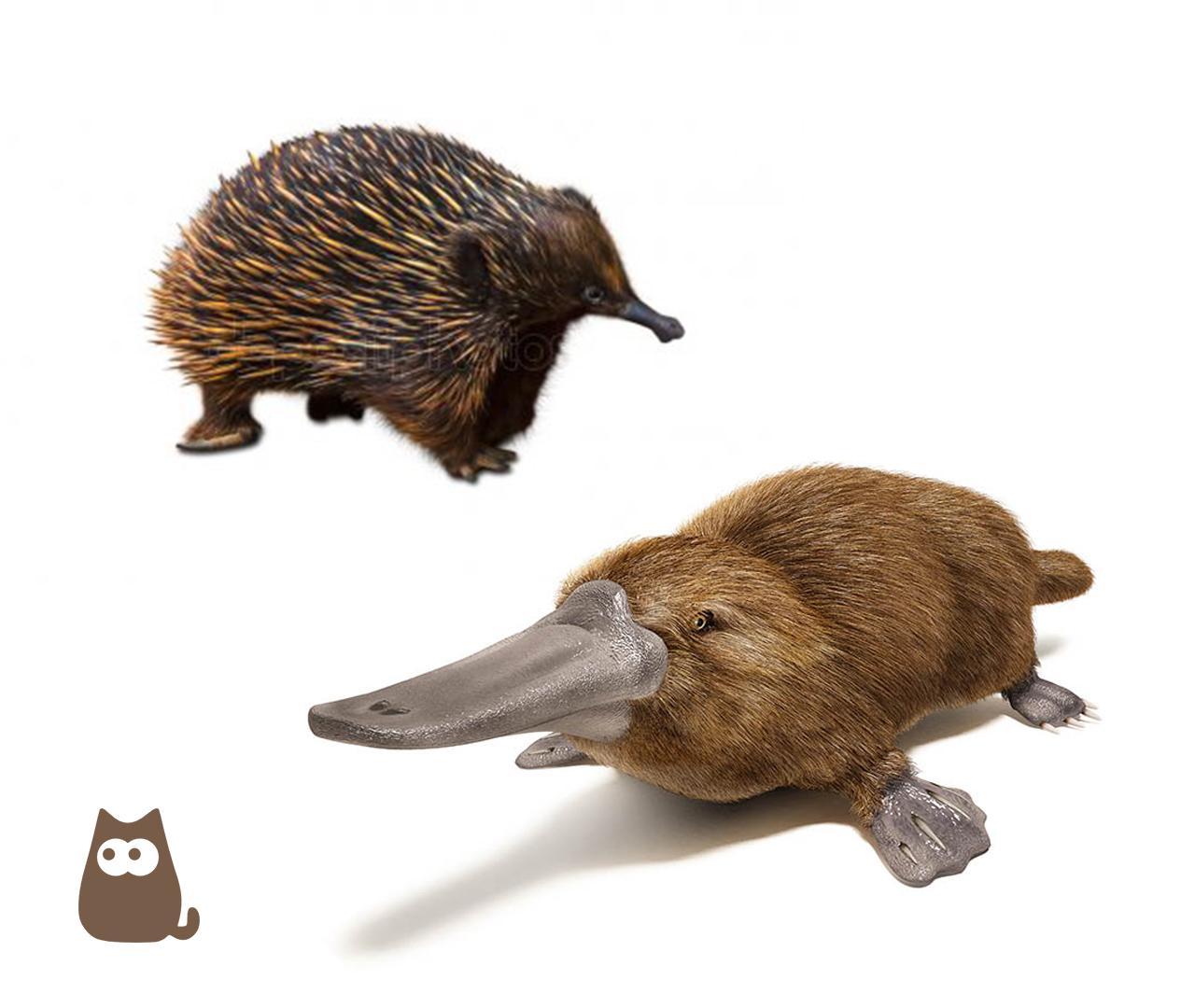 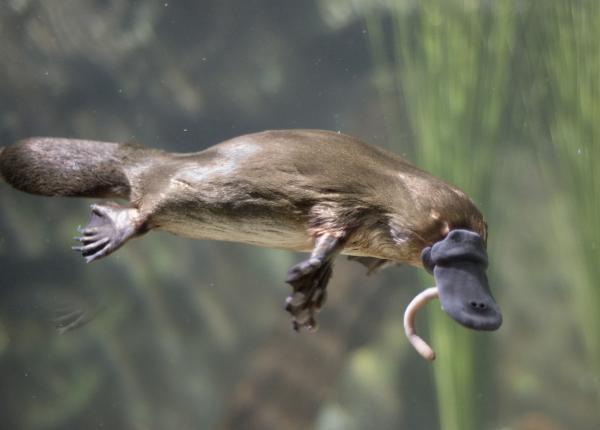 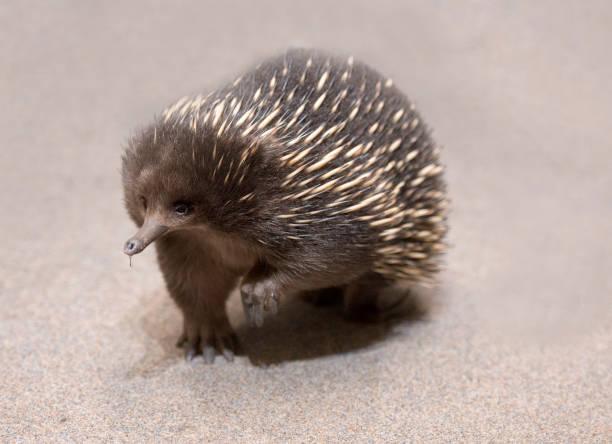