How Do Dogs Communicate? 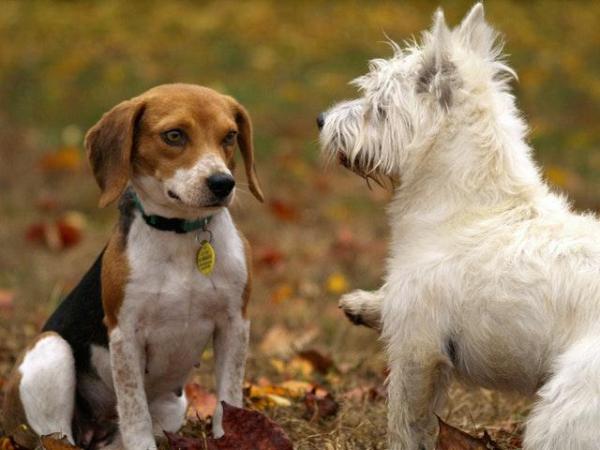 Communication is the foundation of any relationship. For a dog, this includes the relationship they have with us and with any other animal. We know much of what we do about canine communication thanks to studying how dogs interact with each other. However, it is often too easy to make assumptions on this behavior which are not correct. Intraspecies communication and interspecies are not the same thing, mainly because they do not have the same faculties to understand each other.

You may also be interested in: How Do Cats Communicate?
Contents

We can simplify communication as a transmitter sending out information to a receiver. Usually, it is done so with the expectation of a reply, but this is not always the case. Sometimes, the signals they are sending out are designed for anyone in their vicinity. This is important in the wild since, especially when they have to be careful of predators.

How do dogs understand each other?

There is an erroneous belief that dogs will understand each other correctly due to natural canine instinct alone. While there is an innate component which relies on instinct, a dog's education and learning throughout their development is essential in being able to communicate. Without it, dogs would not be able to understand each other correctly, resulting in conflicts and negative experiences.

For this reason, it may be unsurprising to know that the majority of dogs with behavioral issues have them, at least in part, due to poor socialization. If they do now know how to adequately interact with other dogs, they will be unlikely to forge healthy relationships with them.

The reality is that much of canine communication is learned when the dog is a puppy. The key socialization stage happens between the ages of 3 and 14 weeks. However, from the very beginning puppies are soaking up information and learn from their siblings, not just their mother. In the wild, there would also be other members of the pack who could let them to learn.

The instinctual communication of puppies can be seen in their crying for attention, nuzzling nipples to be fed and other interactions. However, these are only the building blocks upon which they need to develop their understanding of the world. One behavior of a dog which has had a poor socialization period is vocalizing too much, a leftover of never having developed past their earlier behavioral patterns. With an inability to effectively communicate, insecurities and misunderstandings may arise.

A significant problem with poorly socialized dogs is aggression. When a puppy is young, they will play with their siblings or other dogs. Play-fighting is important as it helps to control their hunting instinct. Dogs learn bite inhibition and appropriate behavior through play. If they don't learn this lesson, they may attack other dogs. Even if they think they are playing, they haven't learned boundaries and will be more likely to overstep them. Equally, they may also not understand the behavior of other dogs and become overly fearful of otherwise normal actions.

Visual communication encompasses the gestures, postures, movements and expressions dogs use to express a state of mind or intention. The most common body language in dogs expresses:

While dogs cannot speak words as we can, they still use vocalization to communicate with each other. We need to look at the different context of each sound to help us understand what it is they are saying. In this way, it is complimentary to their body language. They are not two separate behaviors.

A dog's sense of smell is so acute, it can be difficult for us to understand how they use it in communication. However, we need to bear in mind how important and relevant is smell in canine communication. Knowing how dogs communicate through smell means knowing how their bodies work. Through smell, dogs can transmit all kinds of information, including:

This kind of communication is possible due to pheromones. These are substances made of volatile chemicals produced in various glands in parts of the body. These include the facial, perianal and urogenital areas, as well as on the feet and breasts.

Pheromones are picked up by the dog using the Jacobson's organ, located in the nasal cavity. The scent enters the air in droplets and then goes into this organ. Information is then sent to the dog's brain.

Dogs will also scoot their rear on the ground to leave this smell. It is similar to when they mark territory with their urine. The smell remains in the environment for a long time and alerts other dogs of their presence. Even saliva and other secretions will tell dogs a lot about each other.

How do dogs communicate with humans?

Families with one or more dogs as members will need to know how dogs communicate with them and how we can answer. It will not surprise dog guardians to know that dogs are conscientious animals. They will want to communicate with us and tell us all kinds of information. They are also sponges and will absorb much learning throughout their lives.

From a young age, dogs associate their actions with consequences. When interacting with human beings, dogs will develop complex relationships specific to the given situation. They will learn how to express their feelings, something more complicated than simply begging for food or asking for a walk. They learn this through cause and effect. For example, if a dog licks your hand and you give them a treat, it is understandable they will expect to be fed when this happens again.

Each dog has a unique way of communicating with their human. What they want to communicate is also specific to the individual. They will also use body language similar to how they behave with other dogs. For example, they may adopt the submissive position or be aggressive. However, they also do things such as lift their paw on top of us or sleep on our feet. These are generally quite unique to canine and human interaction.

If you want to read similar articles to How Do Dogs Communicate?, we recommend you visit our Facts about the animal kingdom category.

Videos related to How Do Dogs Communicate?

1 of 3
Videos related to How Do Dogs Communicate?
How do Bees Communicate? - Bee Language
How Do Animals Communicate With Each Other?
Interspecies Communication: Can Animals Communicate With Others?
How Many Words Do Dogs Know?
Related categories
Endangered animals
Most read
1.
What Animal am I According to my Zodiac Sign?
2.
What Does It Mean When a Cat Shows Up at My Door
3.
The 10 Most Solitary Animals in the World
4.
How Many Types of Lions Are There?
5.
Animals With Scales - A Full List
6.
10 Smells that Attract Cats
7.
Differences Between Crows, Ravens and Rooks
8.
My Female Dog In Heat Won’t Accept A Male - Causes
Horse Body Language and Communication
How Do Spiders Reproduce?
How Do Dogs Sweat?
How and When Do Bears Hibernate?
Why Do Dogs Lick?
How Do I Know If My Cat Trusts Me?
Why Does My Dog Lay His Head on Me? - Canine Communication
Why do Dogs Attack Children?

How Do Dogs Communicate? 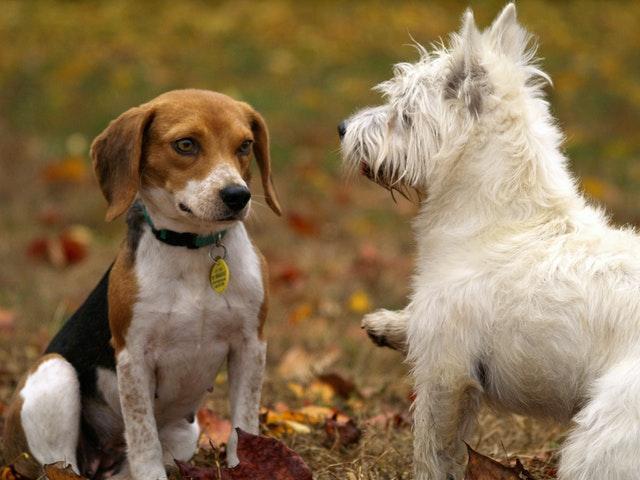 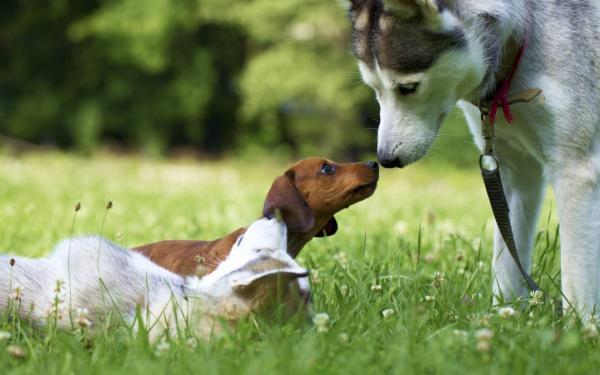 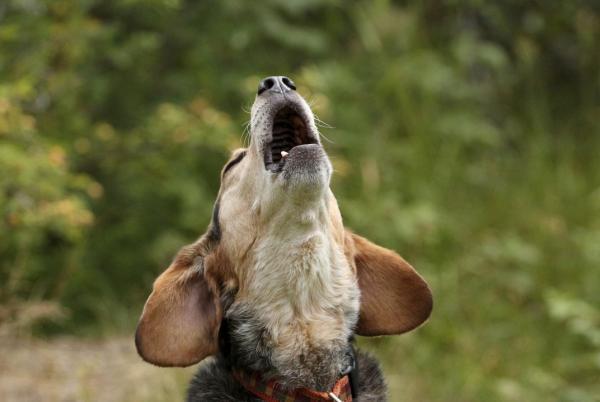 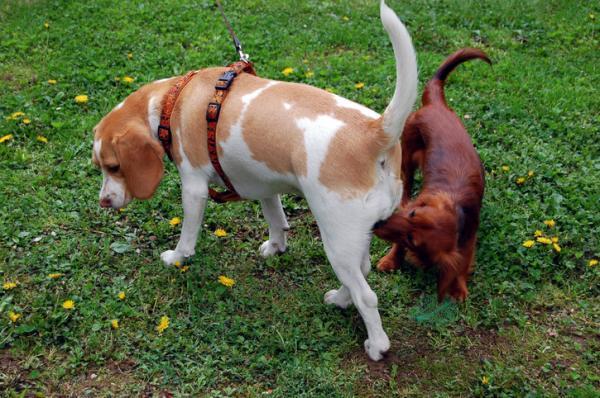 1 of 4
How Do Dogs Communicate?
Back to top