How Do Spiders Reproduce?

Spiders are arachnid arthropods, meaning that they are related to mites, scorpions and opiliones. This is one of the most diverse orders in the animal kingdom with more than 45,000 known species and 114 families. Arachnids have a very interesting reproduction process that involves sexual dimorphism, cannibalism and communication between the male and female.

In this AnimalWised article we're going to take about how spiders reproduce, as well as talk about how they court, how long it takes for their eggs to hatch and more.

You may also be interested in: Eyes of Spiders - How Many Eyes Do Spiders Have?
Contents

Before we know how spiders reproduce, we need should cover their basic characteristics. All of them have a series of characters that differentiate them from other arthropods. These are the main characteristics of spiders:

How spiders court for mating

We already know these interesting animals very well, but how do spiders reproduce? The reproduction of spiders is sexual, in other words, a female and a male must unite and form an embryo. For this reason, there are males and females that must copulate for new spiders to be born.

Before that, they must choose their sexual partner through courtship. This couple is only momentary, since both males and females mate with several individuals in the same reproductive season. After copulation, females lay tens or even thousands of eggs, depending on the species and weather conditions.

Spiders are therefore oviparous animals. In most of the species we can also observe parental care. The female tends to take care of the eggs and, sometimes, also of the young.

Sexual dimorphism appears in many spider species. For spiders, females are often much larger than males. In active predators, however, females and males are similar in size, although differences in color may appear.

Before copulation, both congeners must be sure that they are the ideal partner. For this, they usually perform a series of wedding rituals. In some species, the male performs a courtship dance to attract the female's attention. This is the case of the “peacock spiders” (Maratus spp.). These males raise their third pair of legs and vibrate their bodies while displaying their colorful drawings.

Another strategy to win over females is to give them a bridal gift. For example, males of Pisaura mirabilis wrap insects in silk and offer them to females. Sometimes they try to trick them by offering females an inedible item. If the female realises that it's a trick they can decide not to mate.

Lastly, communication through sounds or stridulations has been documented in many spiders. Some males bump their limbs against each other or against the ground, emitting a type of “song”. These sounds are usually not audible to humans.

Intercourse is the most important process in understanding how spiders reproduce. Once the female decides that a male is suitable, he grabs her by the chelicerae using forceps on the pedipalps. Then he lifts her onto him and can access her genital pore. He introduces his sperm with his copulatory organ, which is also found in the pedipalps. This information is indicative, since the posture adopted during copulation varies in each species.

The introduction of the copulatory organ is repeated several times. The longer the sexual intercourse lasts, the more chanced the male will have to be a father. This is because females can copulate with multiple males, storing everyone's sperm in their reproductive system. Therefore, the order of the males is not as important as the amount of sperm that each one is capable of providing.

During intercourse, females usually make sounds or stridulations. Their role is believed to be to increase or decrease the male's sexual activity. Thus, the males that better get along with the females could obtain a greater number of fertilized eggs. This occurs, for example, in the cellar spider (Physocyclus globosus).

Another behavior that usually appears before or after intercourse is sexual cannibalism. Although rare, in some species the female will eat the male. This behavior appears in species with sexual dimorphism. In some of these species, they have learned to defend themselves against cannibalism. This is the case of the males of the nursery spider (Pisaurina mira), which wrap the females in silk before copulation.

The breeding season of spiders depends on the climatic conditions of the place where they live. In places where there is a cold and a warm season, spiders breed in spring or summer. In early spring they reach sexual maturity, begin to secrete pheromones and search for one or more partners. It is not until late spring or early summer when they lay. This way, spiders go through winter in a juvenile or adult state, depending on the species.

In tropical climates, where the cold does not limit spider reproduction, they can lay eggs several times a year. In these cases, they usually complete their life cycle in just a few months. However, there are many exceptions, since the reproduction of spiders is influenced by very different factors. Some reproduce in the fall, and others lay eggs every 2-3 years.

How do spiders lay eggs?

A few days or even several weeks after copulation, the females lay the eggs. To do this, they cover the spawn with a silk cocoon and choose a very protected place to leave it. Subsequently, many mothers watch over and protect their eggs until they hatch. Other species prefer to carry the cocoon over their body. This way, they prevent other animals from preying on them. An example of a spider that chooses to carry their spawn is the Pisarua mirabilis.

Many females do not lay all the eggs at once, but instead make several layings on different days. Some species wait for the eggs from the first spawn to hatch before the second one is hatched. In this way, they can take care of all their eggs. So, how many eggs do spiders lay? They can lay tens or thousands of eggs, depending on the species, habitat and mates.

How are spiders born?

All the eggs in the clutch hatch at the same time. They are small spider mites very similar to their parents. Therefore, spiders do not have larvae and do not undergo metamorphosis, so their development is direct.

Often spiders or nymph pups stay together for a time. When they learn to hunt, they separate from their siblings and begin to disperse thanks to the wind. Normally, they climb high and form a very long silk thread that will be carried by the wind for miles. Thanks to this strategy, these small animals have been able to reach all corners of the world.

In very few species, spider mites can remain in the nest for up to 40 days. It is because, during this time, their mothers take care of them. In fact, it has been documented that in some spiders the females even feed their young. This is the case of the jumping spider (Toxeus magnus), which deposits nutritious droplets next to their nymphs. The droplets are a liquid that she produces herself, which is why it has been compared to the milk of mammals.

How long does it take for spider eggs to hatch?

The time it takes for the eggs to hatch depends on each species. It is also influenced by other factors, such as the weather or specific temperature. In some species, eggs hatch when conditions are right. This can happen in as little as 1 week. In other cases they are delayed and can hatch up to 4 months after laying.

If you enjoyed this spider article, you may also be interested in our article about the most venomous spider in the world.

If you want to read similar articles to How Do Spiders Reproduce?, we recommend you visit our Facts about the animal kingdom category.

How Do Spiders Reproduce? 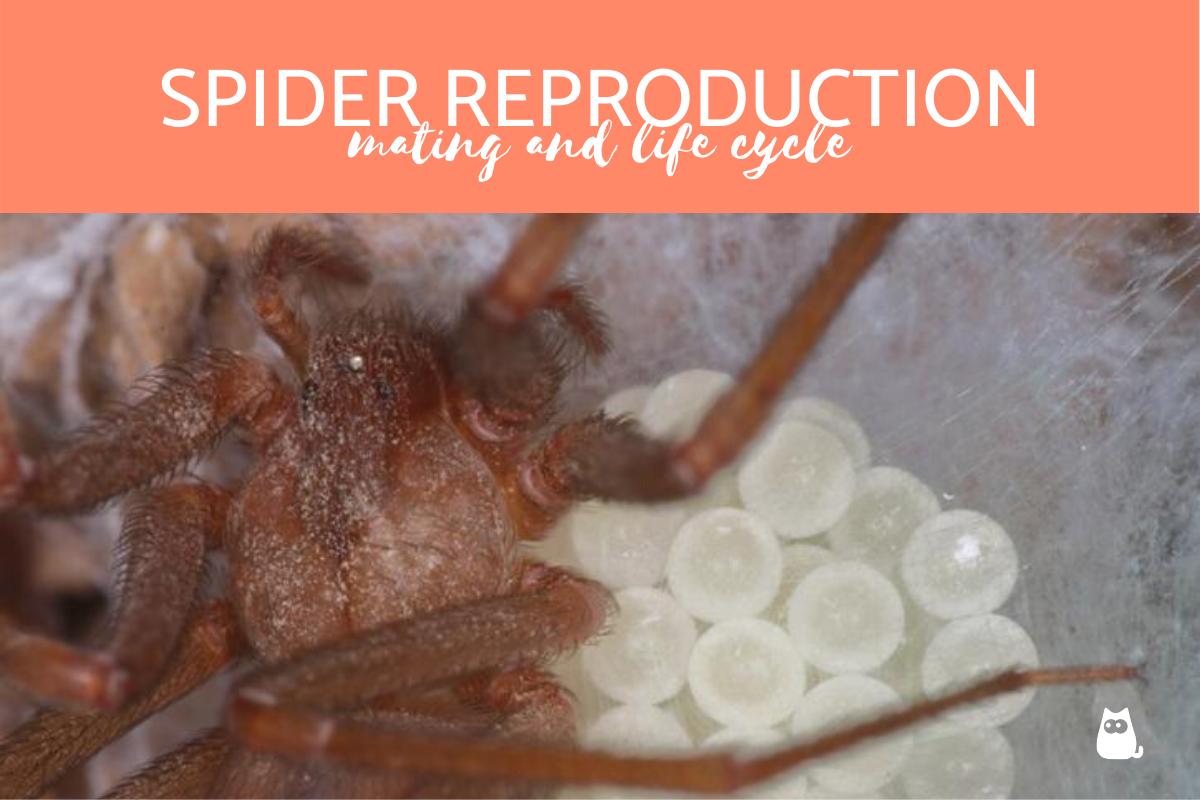 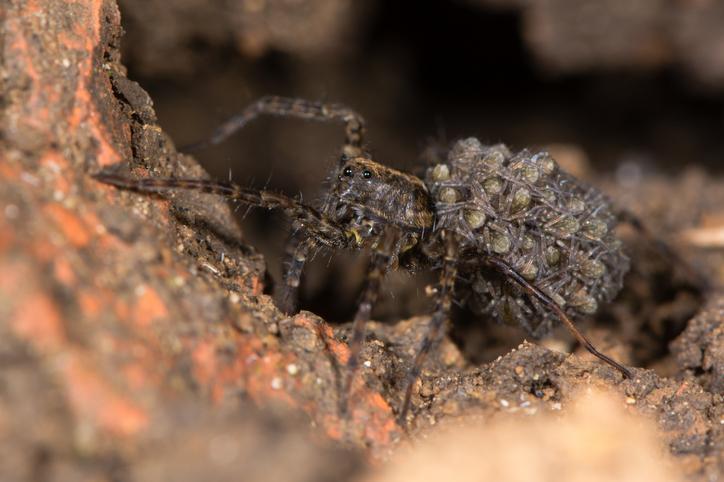 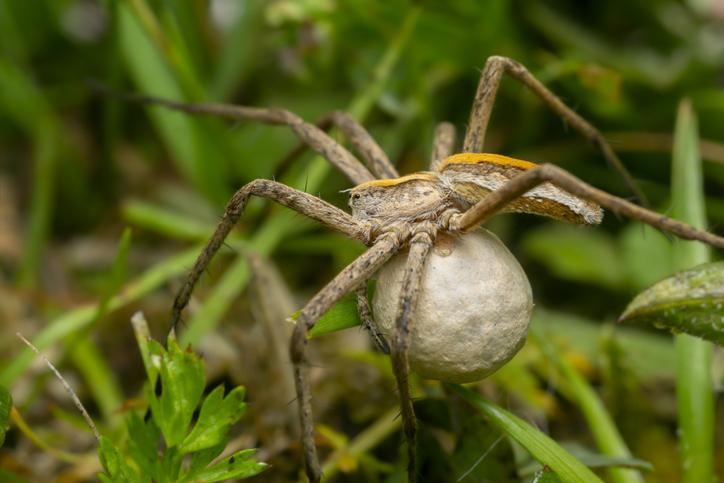 1 of 3
How Do Spiders Reproduce?
Back to top