Eyes of Spiders - How Many Eyes Do Spiders Have?

By Nick A. Romero, Biologist and environmental educator. December 13, 2022

Spiders are a very extensive and diverse group of arthropods belonging to the class of arachnids. Spiders are related to scorpions, ticks, and mites, and only very distantly to insects, with which they should not be confused. They have four pairs of segmented legs and can regenerate a leg if they lose one. They do not have antennae or wings. Their body is divided into two sections, the abdomen and the cephalothorax. They are known in popular culture for having many very characteristic eyes, which makes them perceive the world differently from us or other animals.

The following AnimalWised article explains what spiders' eyes are like, how many eyes they have, and how spiders see the world.

You may also be interested in: How Many Legs Does a Spider Have?
Contents

How many eyes do spiders have?

As mentioned earlier, spiders are a fairly heterogeneous group. There are more than 45,000 different species of spiders, which means that one third of all the creatures we know of on the planet are spiders. Spiders vary in size, color, body shape and eyes. In fact, the number of eyes and their arrangement on a spider is also often used for classification.

Although they are a heterogeneous group, we can divide all spider species into two main groups depending on how they hunt. These groups are:

All spiders are capable of producing silk, but not all of them spin webs. Depending on whether or not they rely on silk to catch prey, there are various morphological changes, especially in the development of the eyes and the shape of the legs.

In general, web-building spiders have poor eyesight and wait for prey to come to them. Hunters rely on their speed and relatively good eyesight to catch their prey. Less active spiders usually have 6 to 8 small eyes that apparently can only distinguish shadow from light. In contrast, hunting spiders often have eyes scattered over the anterior part of the cephalothorax, and often a pair of large eyes located anterior to the cephalothorax.

About 99% of spiders have 8 eyes. However, some have six, four, or two. A few species have vestigial eyes or none at all., but there are also some with 6, 4, and 2 eyes. Spider species from the family Caponiidae have only 2 eyes, but some have the ability to develop an additional number of eyes when they are adults. Some spiders even have no eyes or lose their vision because they live in caves and underground in complete darkness. This is the case with the Kaua'i cave wolf spider (Adelocosa anops).

It would make sense to assume that more eyes would result in a better overall view. In reality, however, this is not necessarily the case. In fact, 99% of spiders with 8 eyes still have poor vision.

Spiders cannot turn their heads to see their prey or flee from predators. Therefore, they need more eyes to have a larger field of vision. The eyes of spiders are always paired and their arrangement, color and size help to identify the species.

Continue reading this other article to learn more about the anatomy of a spider and its different body parts.

As we have seen, depending on the species, the number of eyes and the way they are arranged varies. In general, however, we can say that spiders have a simple eye type, unlike insects, which usually have compound eyes. The main difference is that compound eyes are formed by groups of ommatidia, while simple eyes consist of a single eye unit.

Continue reading in this other article, where we explain how spiders reproduce.

Do spiders have good eyesight?

Most spiders are not known for having good eyesight. But do not worry, they do not need to. Spiders rely on their sense of smell and taste to hunt for food. Spiders are also equipped with touch sensors in the form of hair or bristle-like structures called setae. Setae are also responsible for allowing spiders to climb vertically and hang upside down.

However, as we have seen, there are no absolute rules when it comes to spiders. Some hunting spiders such as jumping spiders, wolf spiders and flower spiders have excellent eyesight. It even surpasses that of dragonflies, which are known as the insects with the best vision, and comes close to that of humans. Some species can distinguish colors and others have a 360 degree peripheral vision.

If you want to learn more about spiders, continue reading this other article, where we talk about which is the most dangerous spider in the world.

If you want to read similar articles to Eyes of Spiders - How Many Eyes Do Spiders Have?, we recommend you visit our Facts about the animal kingdom category.

Bibliography
Anatomy of a Spider - Different Spider Body Parts
How Do Spiders Reproduce?
Types of Spider Monkeys
Are Wolf Spiders Venomous?
Related categories
Endangered animals
Most read
1.
What Animal am I According to my Zodiac Sign?
2.
10 Most Beautiful Animals in the World
3.
What Does It Mean When a Cat Shows Up at My Door
4.
The 10 Most Solitary Animals in the World
5.
Top 10 Smells Dogs Hate
6.
How Many Types of Lions Are There?
7.
Why do Dogs Get Stuck when Mating?
8.
My Female Dog In Heat Won’t Accept A Male - Causes
Are Camel Spiders Venomous?
List of Big Eyed Animals - 15 of the Cutest!
Why Do Some Cats Have Different Colored Eyes?
How Many Fingers Do Cats Have?
How Many Teeth Do Dogs Have?
How Many Teeth Do Sharks Have? - Types of Shark Teeth
Are There Venomous Spiders in the UK?
Animals That Walk on Water - How Do They Do It?

Eyes of Spiders - How Many Eyes Do Spiders Have? 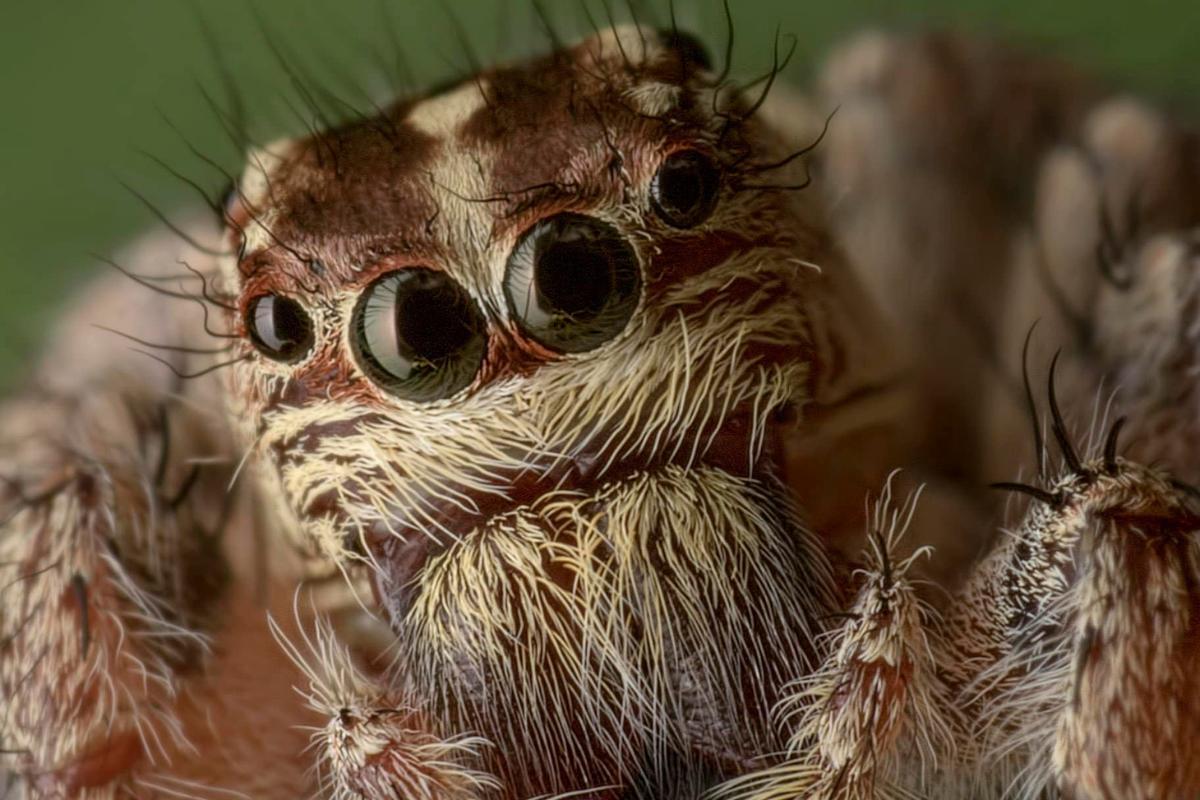 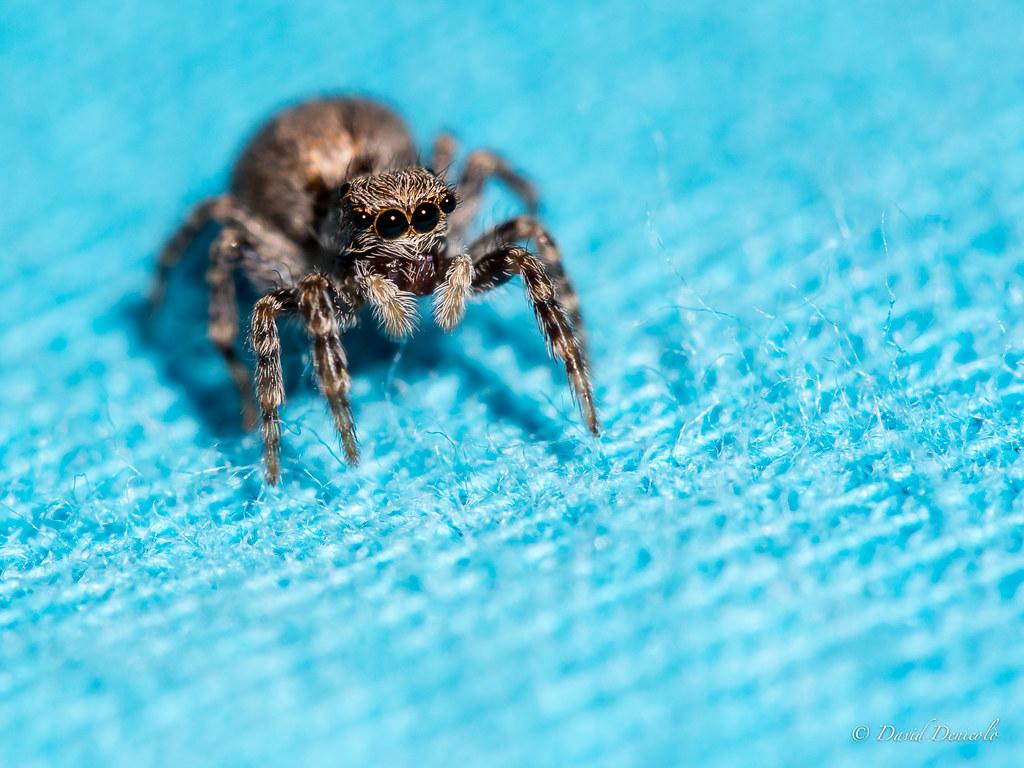 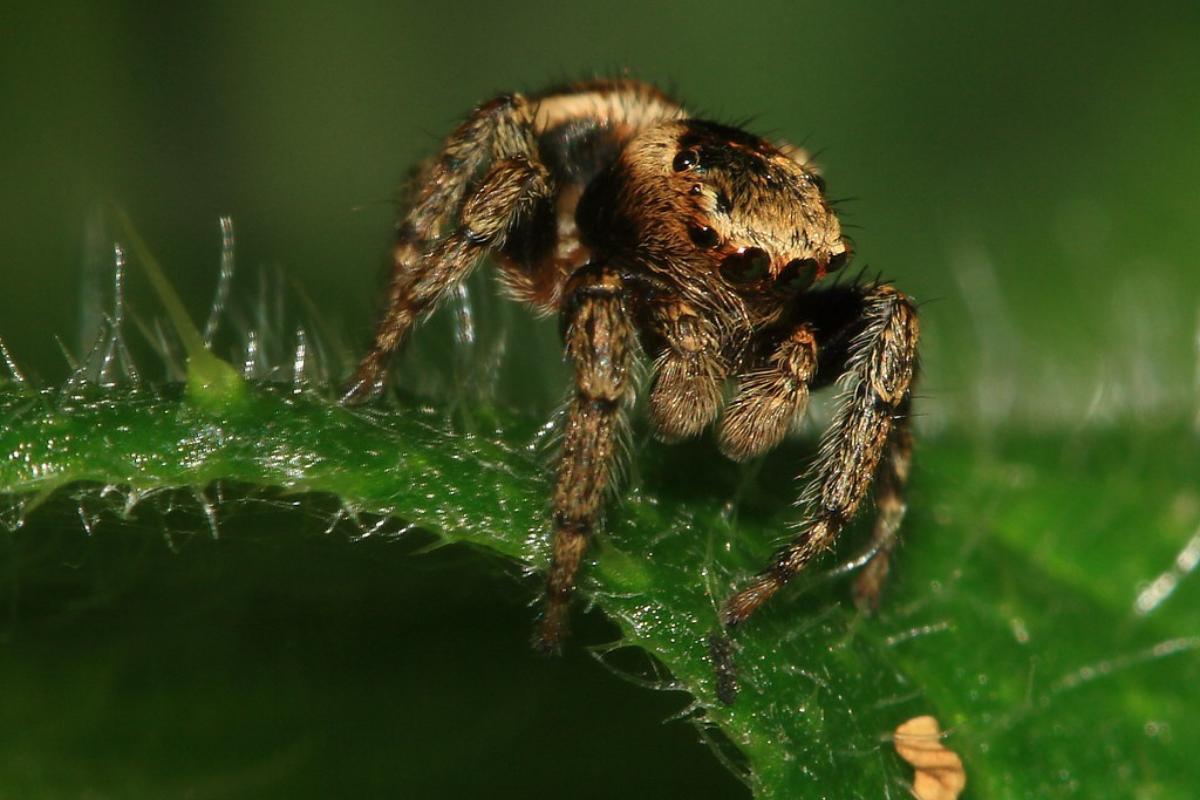 1 of 3
Eyes of Spiders - How Many Eyes Do Spiders Have?
Back to top