Ruminant animals are those whose stomachs are divided into compartments. Some examples of these animals are yak, sheep, goats or deer. However, there is more to it as there are also different types of ruminant animals.

In this AnimalWised article we're going to talk about the four main groups of ruminant animals. We'll include a list of examples and include other fun facts about these animals. Keep reading to learn more!

What are ruminant animals?

Ruminant animals are characterized by their method of digesting food in two phases. Like all animals, they start their digestion after eating food. However, before the digestive process is complete ruminant animals regurgitate their food to chew it again and add saliva.

There are four large groups of ruminants. We will list them and give you some examples so that you can fully understand what ruminants are and know one when you see it.

Most ruminants belong to the family of bovids, Bovidae. Within that group we find the subfamily of bovines or Bovinae, which includes cattle.

These are probably the best known ruminant animals. As you will see below, some animals names are followed by the † symbol, which means they are extinct. Below is a list of some bovine animals:

Did you know... Camelids are not considered ruminants as they do not have a glandular fore stomach. Learn more in our article about the differences between camels and dromedaries.

Did you know... that buffaloes, water buffaloes and bison are easily confused?

Also within the family of the bovids we can find the subfamily Caprinae, the goat-antelopes. Within that subfamily we find the genus Ovis, the ovines or sheep.

The second largest group of ruminants are the ovines, ruminant animals best-known and appreciated for their milk and wool. There are not as many different types as there are in the cattle group but we can still give you a considerable list of ovine animals:

There are many different subspecies of domestic and wild sheep, and most of them are named for their native region and habitat.

Did you know... Despite being closely related and belonging to the same subfamily, goats and sheep underwent a phylogenetic separation. That happened in the last stage of the Neogene period, which started 23 million years ago and finished only 2.5 million years ago. In geological time, that's only yesterday!

The third group of ruminant animals we examine is that of goat-antelopes, or caprines. The subfamily Caprinae is a cousin to the Bovinae, as they both belong to the Bovidae family. Within this subfamily you can find the ovids, which we separated so as not to mix up goats and sheep.

Some caprine ruminants other than sheep include:

Did you know... Through remastication, ruminants are able to reduce the particle size of their food to ensure that their body can assimilate and digest it.

To complete our full list of ruminant animals, we will now look at a very beautiful and noble group of ruminants: Deer. Deer is the general name for the members of the family Cervidae, which includes different subspecies and genera, altogether including more than 90 species.

Some examples of deer include:

Did you know... The now extinct Irish elk was one of the largest deer that ever existed? These animals could reach more than 2 m (6.9 ft) tall, and their antlers were a stunning 3.65 m (12 ft) wide. It is believed that Irish elk became extinct more than 7,000 years ago, but the reasons why it happened haven't been found yet.

There are more than 150 species of ruminants in the world, but confusingly enough they don't necessarily include all those in the suborder Ruminantia.

Other ruminants outside those groups include:

If you're interested in the different types of animals and their diets, we recommend the following articles:

If you want to read similar articles to Ruminant Animals: Full List and Fun Facts, we recommend you visit our Facts about the animal kingdom category.

Herbivorous Animals: Examples and Fun Facts
Animals With Scales - Full List
Examples of Vertebrate and Invertebrate Animals
Animals That Eat Insects - List and Fun Facts
Related categories
Endangered animals
Most read
1.
What Animal am I According to my Zodiac Sign?
2.
What Does It Mean When a Cat Shows Up at My Door
3.
10 Most Beautiful Animals in the World
4.
The 10 Most Solitary Animals in the World
5.
How Many Types of Lions Are There?
6.
Why do Dogs Get Stuck when Mating?
7.
10 Smells that Attract Cats
8.
Animals With Scales - Full List
Carnivorous Animals: Examples and Fun Facts
The 5 Strangest Courtship Rituals in Animals
Animals in Antarctica List
What Are Hermaphrodite Animals? - Definition and Full List!
Snow Leopard Facts - Fun and Interesting
Fun and Interesting Facts About Snakes
10 Fun Facts About Dolphins
Fun and Interesting Facts About Flamingos

9 comments
Rating:
Waheed akinola Akano Hassan
15/06/2022
Thank you for the elaborate explanation about the ruminant animals!

Administrador AnimalWised
21/06/2022
You're very welcome!
Rating:
Barbara Holbrook
21/10/2020
Like to know which true ruminants are cloven-hooved. Thanks, I'll keep looking.
Great resource!
Rating:
William Wilson
05/12/2019
Somehow "cows" became "coed" which is Welsh for a wood. A strained pun? This is?

Thank you for clarifying this. It makes so much sense now, but we couldn't work out what was meant. But now we know, we think people single out cows for the simple reason there are so many of them. Industrial farming means the amount of cows present on the planet is much greater than that of many other ruminant species.
Rating:
William Wilson
25/11/2019
There are so many ruminants. Why are we singling out coed for criticism?

Administrador AnimalWised
05/12/2019
Is this a strained pun? We applaud your attempt if so and leave it up to other commentators to decide how they like it 😂
Rating:
J. Lance De Foa, MD
18/11/2019
Runinats may INGEST plant matter, but they DIGEST the microbes that help them break that plant matter down and multiply. Those bacteria also produce short chain fatty acids (like butyric acid, found in butter), which are absorbed from their foregut. So they are MICROBIVORES more than they are Herbivores.

We would respectively disagree. While we understand what you mean, ruminants are still categorized by the food they ingest. Just because they break the food down differently, doesn't mean they eat different food. Ruminants use microbes to break down their food into usable molecules. Microbivores directly eat microbes, something practiced only by mesofauna, microfauna and meiofauna. There is a distinct difference.
Colin John Williams
08/09/2019
Are sloths ruminant or pseudo ruminant?

That's a good question. Cow's produce so much methane from their flatulence compared to other animals because they are so intensively farmed for both meat and dairy products. There are other ruminants who would produce similar amounts of methane if not more. The difference is these animals are not farmed as intensively. For example, if there were as many bison farmed in the same way, they would likely produce similar levels.
J. Lance De Foa, MD
18/11/2019
The same species of bacteria produce the same amount of methane from a given amount of field grasses whether the grasses are decomposed in the field or inside the ruminant gut. When the grasses are eaten the nutritive content can be used to produced highly nutritious meat. If left in the field it adds to the soil depth. Cattle don't clear 100% of a field. Their manure helps to stimulate grass growth. That ultimately results in net CO2 capture. When cattle are grazed on land that can't produce other crops that is best. Growing corn to feed cattle may make them fatter faster, but that corn could be fed to humans, or things like brussels sprouts and broccoli or tomatoes could be grown instead. Agrochemical companies make no money when cattle fertilize and harvest the fields themselves.
Binbintir Biiyeen
15/05/2017
this article is very helpful 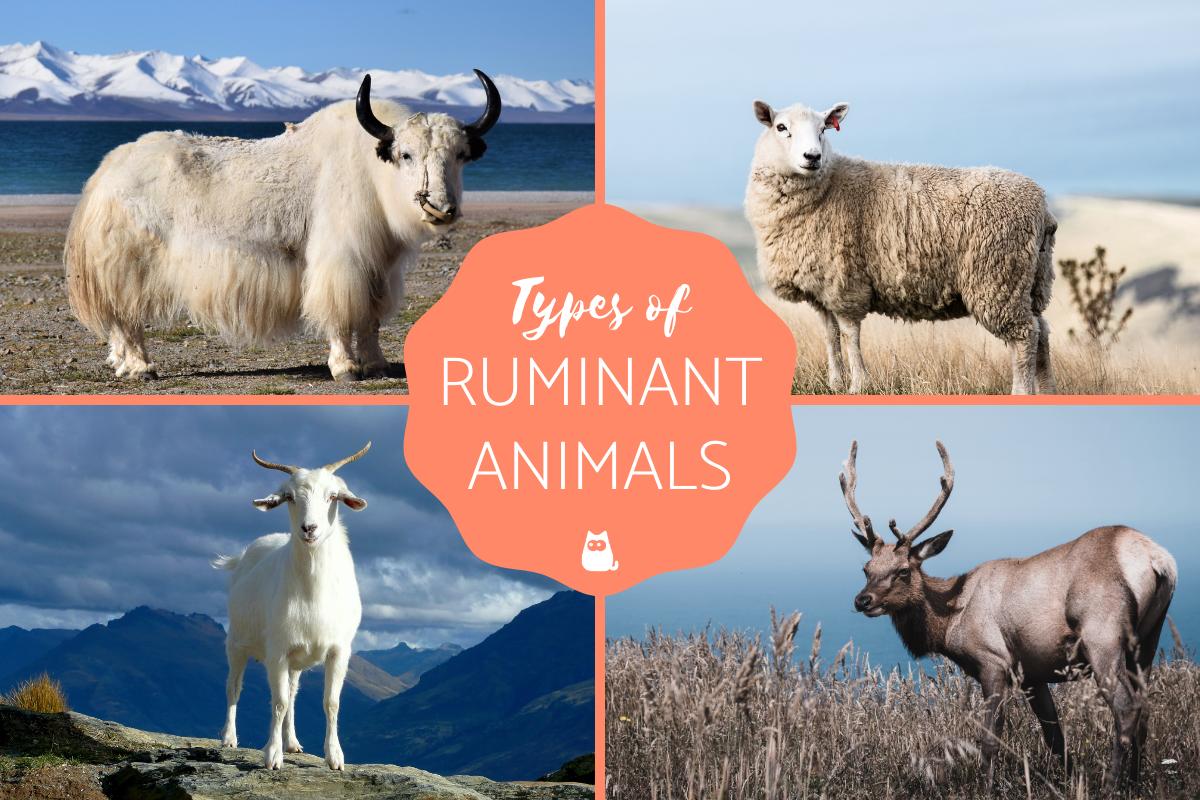 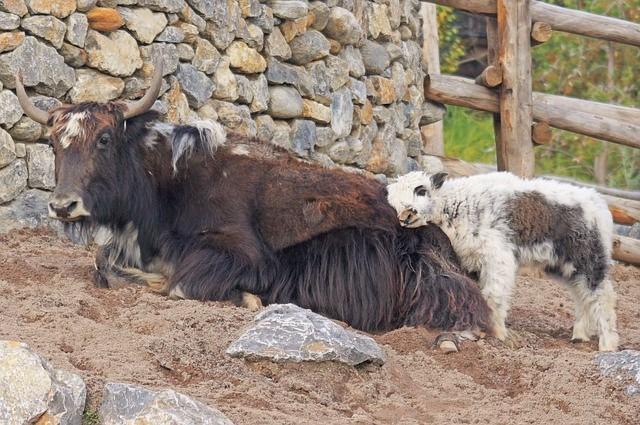 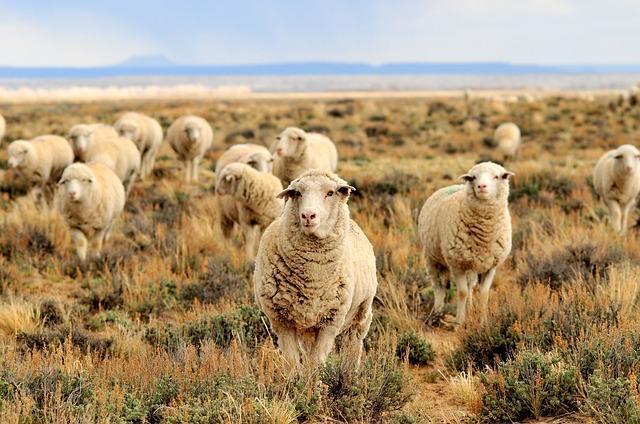 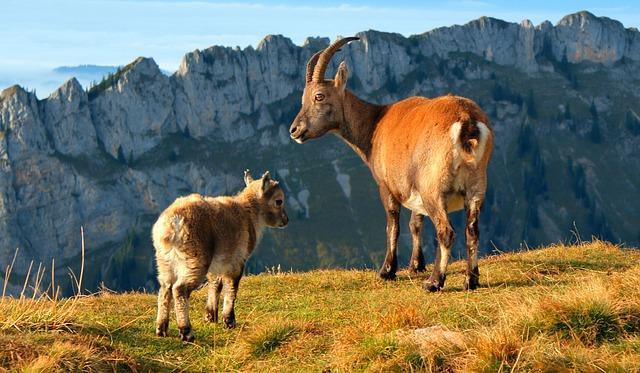 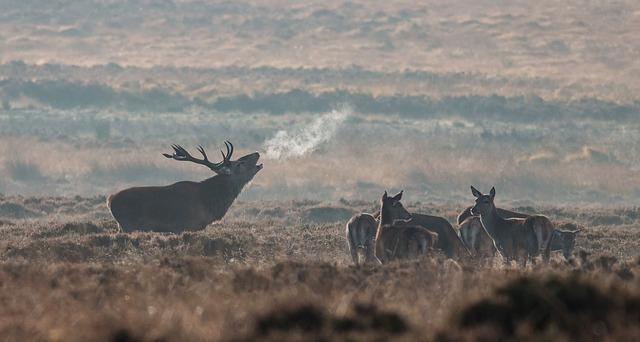 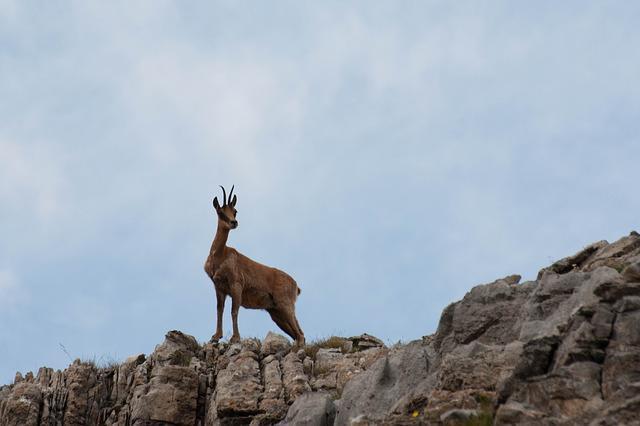 1 of 6
Ruminant Animals: Full List and Fun Facts
Back to top