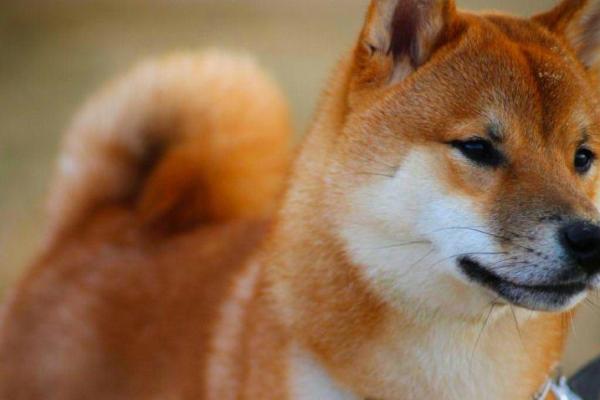 There are many canine organizations and associations in the world that work on developing breed standards, but they also work towards an alliance of dog breeders with the aim to protect specific breeds from exploitation. Their work has influenced current breeds but also animal rights policies.

You may also be interested in: 8 Asian Cat Breeds
Contents

Afghan Hounds have a thick, long coat perfect for hunting in a cold clime of the mountains in their native country. This breed is known as a companion dog, a show dog and a participant for dog sports. Afghan Hounds are among the 4 fastest dog breeds in the world.

The Kuchi is a large herding and guardian dog from Afghanistan; they protect flocks and herds from natural predators, and they are favorites among nomad groups as they protect their caravans and they have for protecting properties from thieves and attackers.

Besides a courageous attitude, Kuchis are adaptable mountain dogs. They can reach 90 cm (35 in) tall, and they have a thick undercoat to take the cold weather. This breed is quite rare; while clever, loyal and affectionate, they need lots of exercise and they are not suited to urban lifestyles.

The Chinese Chongqing dog is a breed with a noble personality, which often helps humans in special hunting and rescue missions. Like Schnauzers, you can find small, medium-sized and large Chinese Congqing dogs.

They are compact and muscular dogs of the molosser type. While hardworking, healthy and easy to take care of, the Chinese Chongqing is a rare breed.

One of the oldest native Asian dog breeds is the Chow Chow, one of the most beloved dogs in China. Originally, Chow Chows were bred as working dogs for herding, hunting, and guarding.

You can easily recognize a Chow Chow by their fluffy and lion-like hair, their triangular ears especially by their black tongue. Chow Chows are wary of strangers, but they are very loyal and adapt well to living in apartments.

The Shar Pei is also a well known Chinese dog breed. Like the Chow Chow, the Shar Pei has a unique blue-black tongue. Their name means “sand skin” in Chinese and refers to the texture of their short and rough coat.

Shar Pei puppies are really small and have a lot of folds and fine lines on their skin. In fact, Shar Peis are among the 5 most wrinkly dog breeds!

The Shih Tzu is a small dog with a sturdy body, and it is considered a toy breed. They are not hunters but friendly and affectionate dogs. Shih Tzus come in a range of shades ranging from gold to white, brown and black, and they are recognizable by their long, soft coat and the tail that rests on their back.

This breed is lively and alert, and they make for clever and friendly watchdogs.

They are recognizable by their short, soft coat of different colors, their upright ears and the black coating on their tongues.

If you're thinking of adopting a Chinese dog breed, don't miss our article on Chinese names for dogs!

The Mudhol Hound is a sight hound from India, where it is very popular to hunt hares and small game. The Mudhol Hound is believed to be a descendant of the Saluki. It became well known in the Western world when the Mudhol State gave one of its royal specimens to King George V of India at the beginning of the 20th century.

This greyhound breed originated from the principality of Rampur in Northern India. With slim long legs, Rampur Greyhounds are known as the perfect dogs to accompany on hunts and expeditions in wildlife areas, as they are extremely corageous. However, using them as hunting dogs is nowadays forbidden by law.

Rampur Greyhounds are excellent companions and family pets, and they are easy to maintain, as they are affectionate and gentle - although they can be rough with other dogs.

If you're thinking about adopting an Indian dog breed, make sure you give them a local name! Here we have lists of Marathi names for dogs and Telugu names for pets.

The Kintamani is a spitz-type dog native to Indonesia, particularly from Bali. It is believed that this native Asian breed descended from the domestication of wild indigenous Balinese dogs.

Kitamanis have white, black, piebald or tricolored coats. They are is known for their skill in negotiating difficult terrains, and they also have a very independent temperament.

The Saluki, like other native Asian breeds, is one of the oldest breeds of dogs in existence. This breed is native to the so-called Cradle of Civilization, the region that is now Egypt, Iran, Iraq, Israel, Jordan, Lebanon, Palestine and Syria.

The Saluki has been used for hunting hares and gazelles, and they are also known for having traversed the Silk Road with caravans and nomadic tribes. Currently, they mostly thought of as a family dog breed that can be a wonderful companion.

The Akita is a well-known native Asian dog breed that has become popular all around the world. Akitas are alert, courageous and devoted to the family, making for a good guard dog as well as a companion; Hachiko, one of the most famous dogs from history, was an Akita. Here you can discover whether Akitas are dangerous dogs or not.

Also called Ainu-ken, Ainu dog, Do-ken or Seta, the Hokkaido dog is native to the prefecture of the same name in Japan.

Hokkaido dogs are medium-sized, and they have the typical spitz silhouette with triangular ears, a sharp face and a curled tail. They can be any color from white to black, with sesame and red shades in between. Hokkaido dogs are loyal and great at moving outdoors, as they used to be working dogs.

The Japanese Chin is a small black, white or red-white dog breed with a silky coat and upturned tail, notable because they show strabismus. They are considered the Japanese fellows of the King Charles Spaniel and the Pekingese.

The Japanese Spitz is a thick-furred, white dog with a loyal and obedient nature, known for their bravery and affection. They are great guard dogs and watchdogs for seniors and young children.

The Japanese Terrier developed from the smooth-coated Fox Terriers brought to Japan by Dutch sailors in the early 18th century. Their coat is quite striking, as Japanese Terriers usually have solid white bodies and black heads.

The Kai Ken, Tora Inu or Tiger Dog is related to the Japanese Spitz, although they're easy to tell apart. It is a very old breed, known for their intelligence and loyalty. Their name "Tiger Dog" comes from their brindle or striped coat.

Another Japanese dog breed is the Kishu Ken or Kishu Inu. This beautiful breed descended from local spitz-type dogs, and it's named after the region they first appeared in.

Kishu dogs look much like Hokkaido dogs, except their coat is almost always white. They are friendly, intelligent and courageous, as well as extremely loyal. They don't bark much, but they're not a good choice for a pet if you have other small animals at home.

The Sanshu is a robust dog that looks like a small Akita Inu, with a less curly tail. Their coat color may be red, tan, white, gray, fawn or multicolored. While the Sanshu is a good guard dog and companion, they have not been accorded official recognition.

The Shiba Inu is one of the most famous Japanese dog breeds. They were first bred to hunt small game and birds. Nowadays, Shiba Inus are notable because of the doge meme that took the Internet by storm.

While they look similar to other Japanese breeds, Shiba Inus are smaller, more independent and occasionally aggressive if they are not well socialized. Stay with us to discover what colors are Shiba Inu dogs and how to take care of a shedding Shiba Inu.

The Shikoku, Kochi Ken, Mikawa Inu or Japanese Wolfdog is another ancient Japanese breed. They are native to the island of Shikoku, where they were used as guards and hunting dogs.

While they are similar to the rest of Japanese breeds at first sight, Shikokus are more wolfish in their appearance, looking a bit like Huskies.

The Dosa Gae or Korean Mastiff is a large breed form Korea which is known for their noble, majestic yet friendly and intelligent nature.

The Korean Jindo is a breed native to South Korea that was originally used as a hunting dog. This unique dog has a cat-like temperament, although they also are loyal companions.

The Poongsan or Pungsan dog is the largest of all native Korean dog breeds, and they resemble the Siberian Husky. Poongsan dogs come in various shades, like white, red, brown, gray, black or brindle-coated. They are quite rare outside Korea.

The Sapsal, Sapsali or Sapsaree is a rare, medium-sized Korean dog breed recognizable by its bulk and its long, furry coat that gives it a lion-like appearance. Sapsali dogs are friendly and great family companions, and they were believed to have value in warding off evil spirits.

The Taigan is a sighthound from Kyrgyzstan which was originally used for hunting foxes and marmots. They have a medium-length curly coat, but their silhouette is similar to the rest of the greyhound group.

Taigan dogs are good companions, clever and adaptable to all sorts of terrains.

The Telomian is a mid-sized dog with a square build and dark and white coat. Although Telomian dogs are known as a hunting breed - they were originally developed to control vermin - they are still a rare breed.

Known for their climbing ability, the Telomian lives on the roofs of houses too.

The Bully Kutta is a Pakistani guard dog. This breed is known, unfortunately, for dog fighting bouts which are illegal. This breed is protective of its owners and is fiercely loyal to the family it resides with.

If you're thinking about adopting a Bully Kutta, why not consider a Punjabi name for dogs?

Sri Lanka's Sinhala Hound has been genetically associated with the Basenji and Dingo. This is an alert and obedient dog, and an excellent hunting dog overall.

The Thai Ridgeback is a rare native Thai dog breed that is growing in popularity in their home country. They are intelligent, protective and tough; Thai Ridgebacks are notable for being one of the only three ridged dog breeds in the world.

Thai Ridgebacks are medium-sized and have short hair and triangular ears.

The Tibetan Mastiff is a silent and large - they can reach 85 cm (33'') tall - yet kind dog breed. The monastery type is heavier and larger, while the nomad type is smaller. Tibetan Mastiffs have thick, fluffy coats that are heavier around the neck; they also have a woolen undercoat and rough guard hair.

Like the Thai breed, the Vietnamese Phu Quoc Ridgeback is notable for being the smallest of three breeds that have folded hair running along the backs against the direction of the remaining coat.

The Phu Quoc Ridgeback comes in different colors; they are obedient, clever and physically resilient, so they can learn all sorts of tricks. However, they are a rare breed.

This is our list of native Asian dog breeds. Did we miss any? Tell us in the comments section!

If you want to read similar articles to Native Asian Dog Breeds, we recommend you visit our Comparisons category. 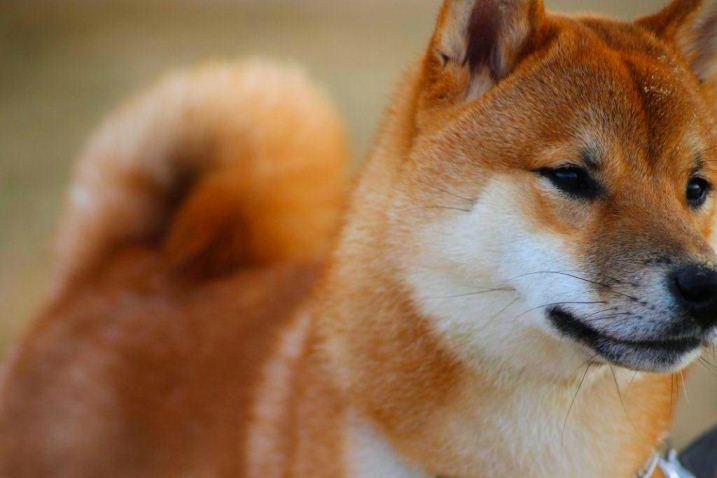 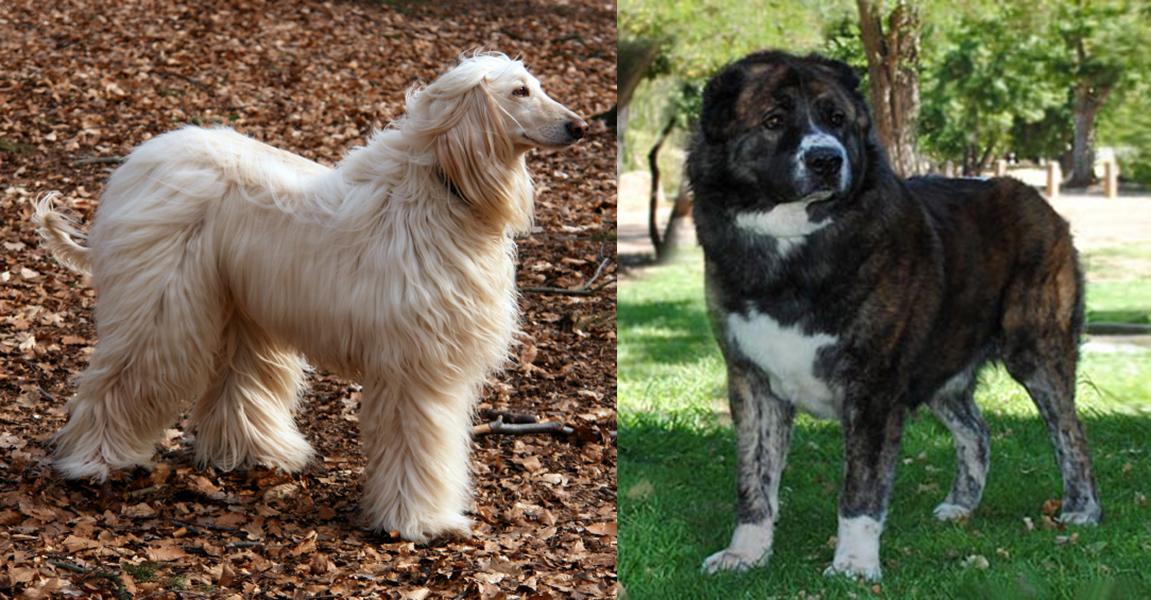 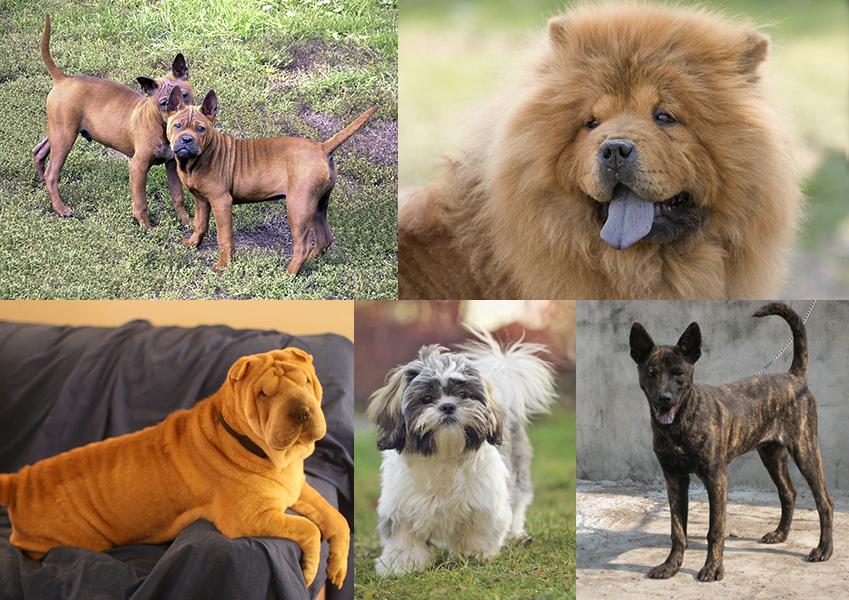 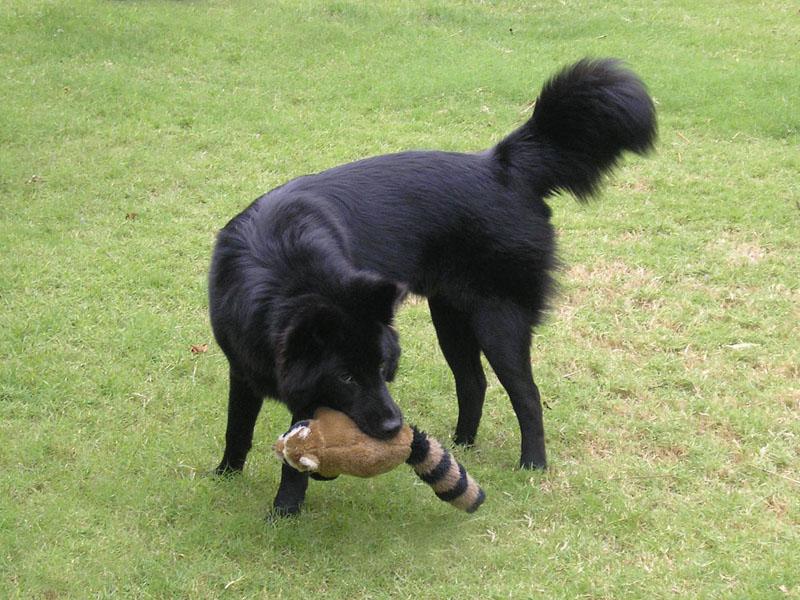 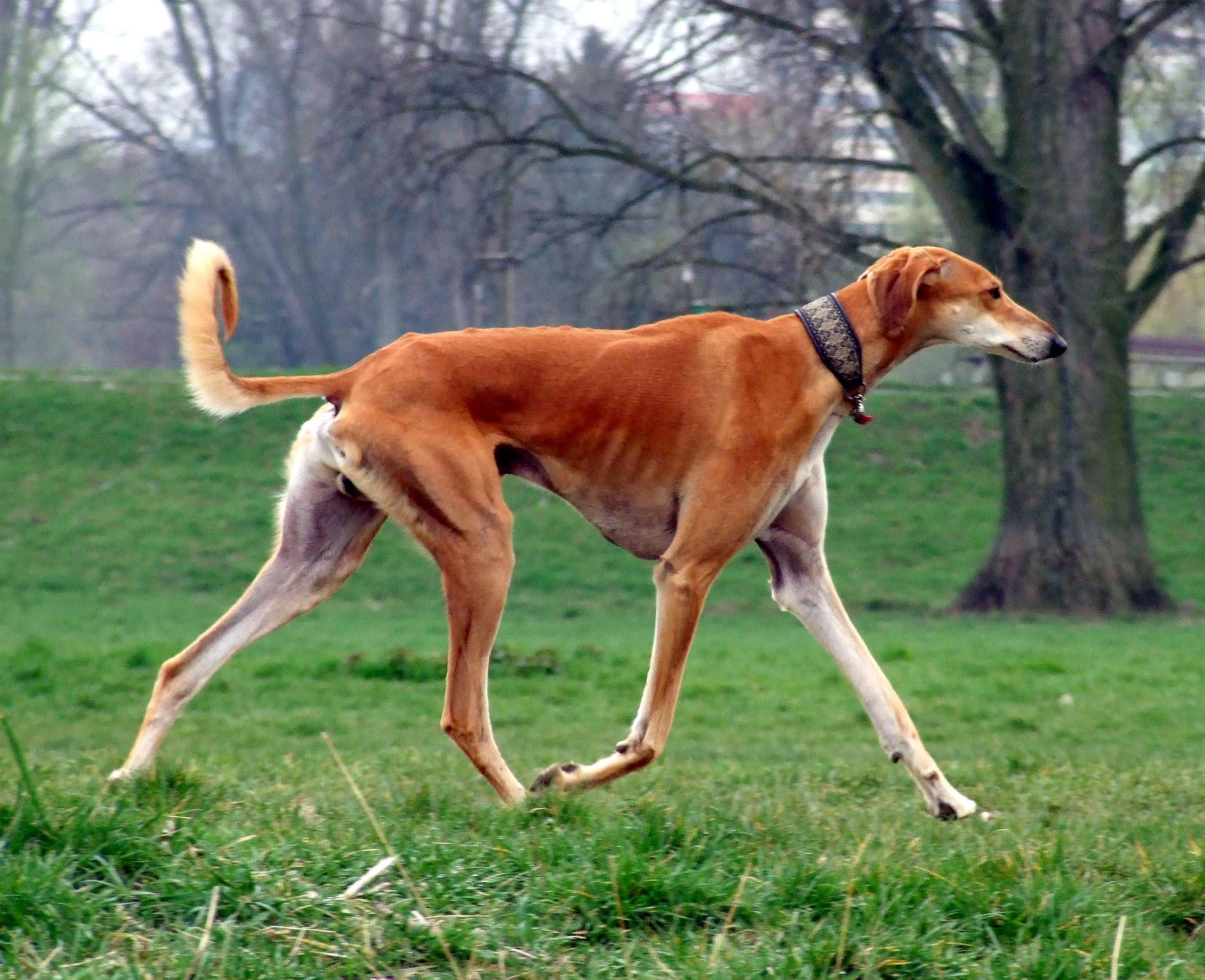 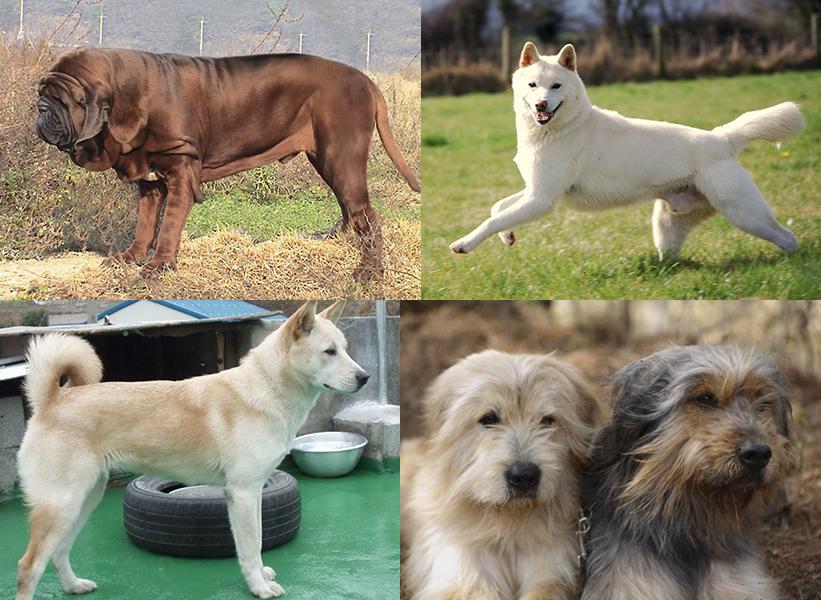 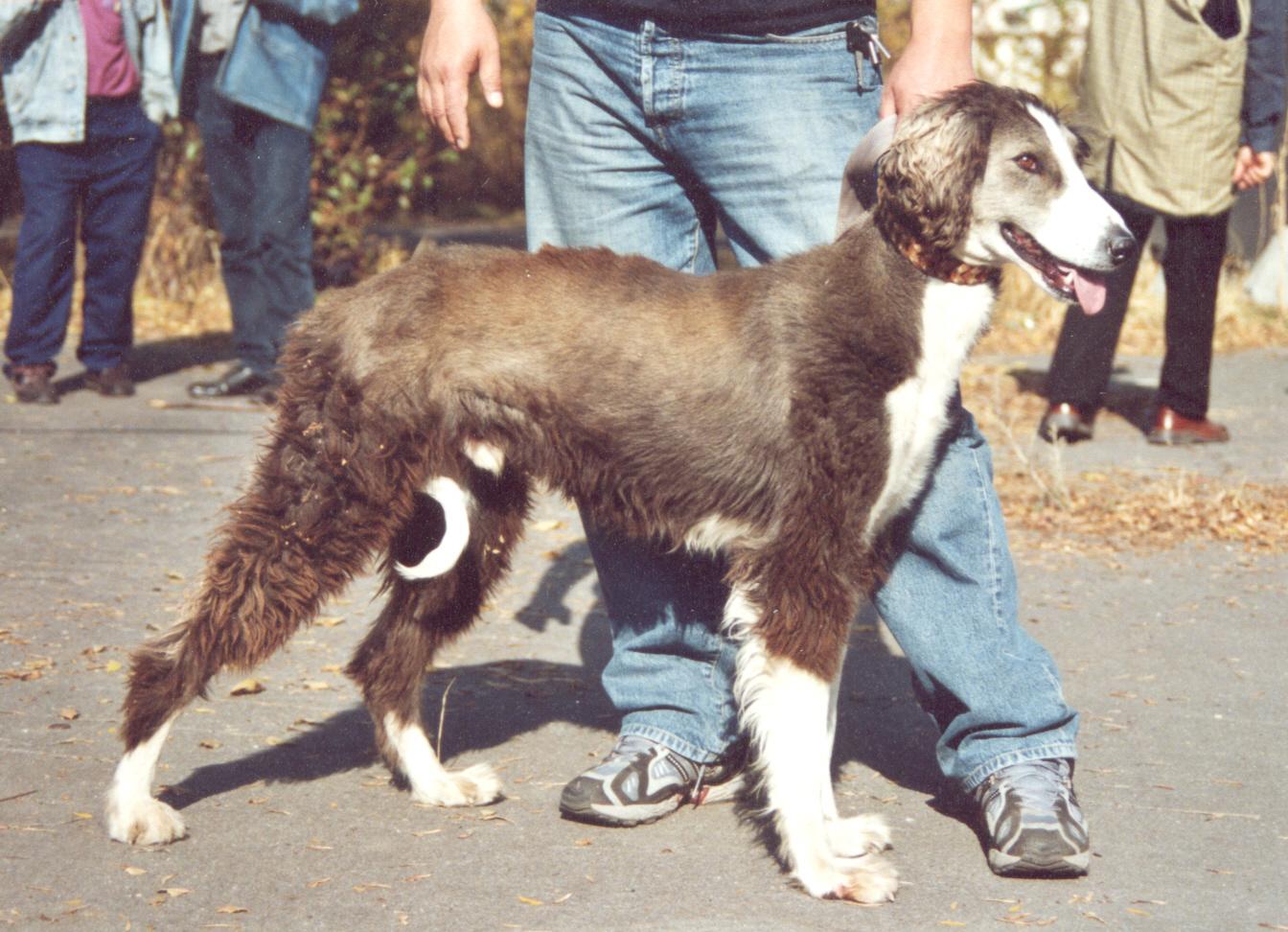 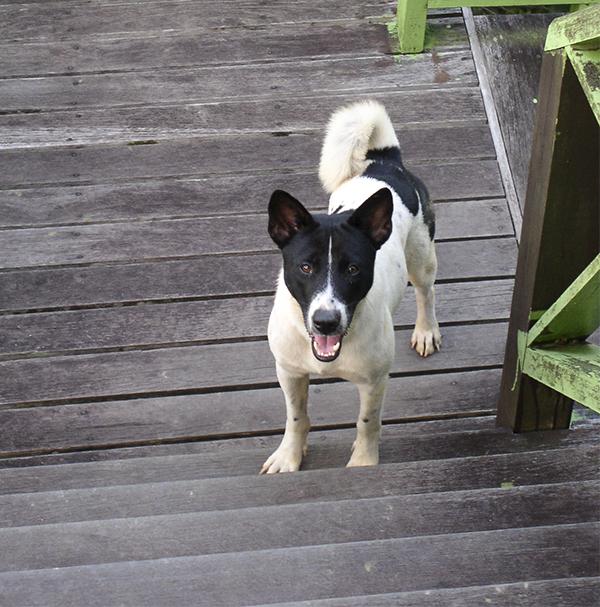 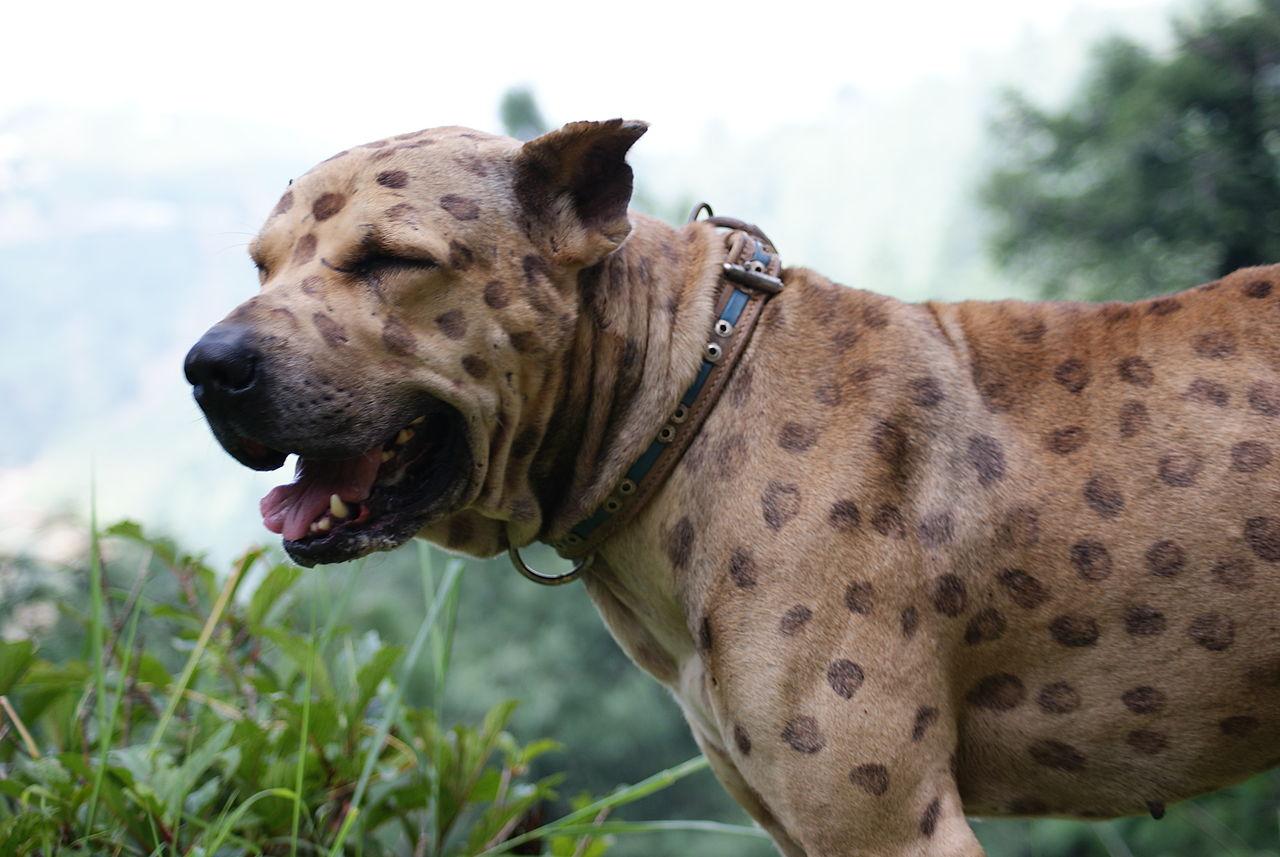 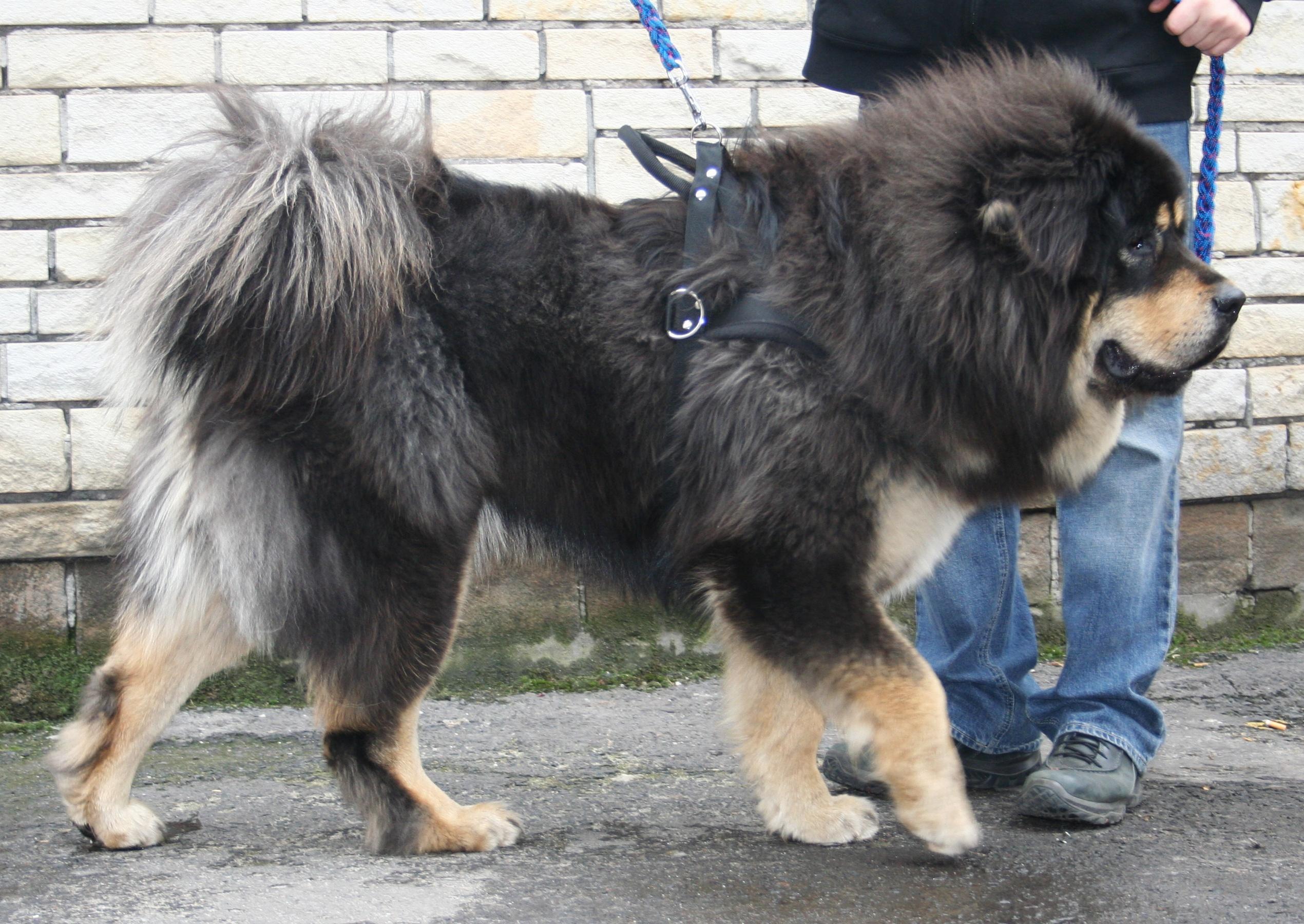 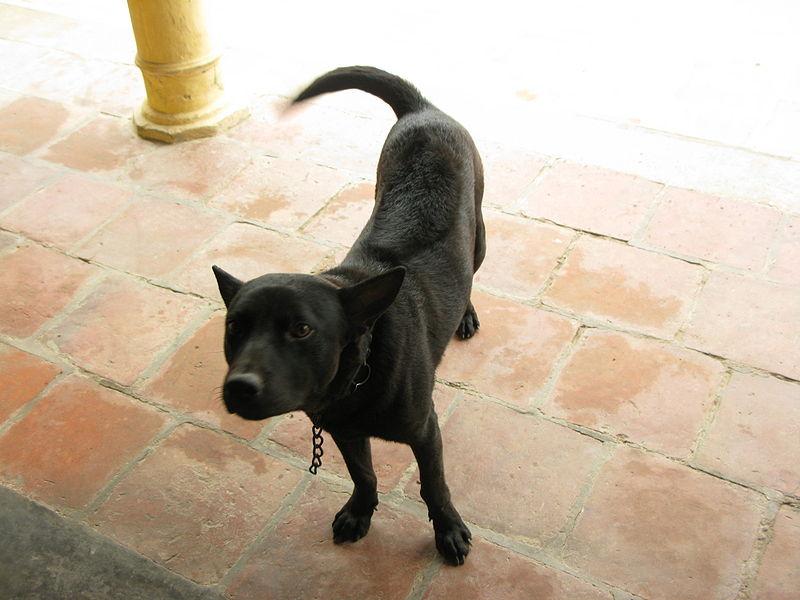 1 of 14
Native Asian Dog Breeds
Back to top