Itraconazole for Dogs - Uses, Dosage and Side Effects

At AnimalWised, we look at itraconazole for dogs. We look the the different uses of itraconazole, as well as its recommended dosage, potential side effects and other factors we need to consider when given this antifungal medication to our dog.

You may also be interested in: Omeprazole for Cats - Dosage, Uses and Side Effects
Contents

What is itraconazole for dogs?

Itraconazole is a systemic antifungal, meaning it works as a fungicidal agent for the whole body. It works when administered orally and is sent throughout the dog's various systems to treat fungal infections on various levels. Itraconazole is a triazole derivative that came into use only recently in the 1990s. Specifically, it works by disrupting fungal membrane synthesis.

The following fungi are treated using itraconazole for dogs:

Itraconazole is considered an effective drug as the resistance that fungi have shown against azoles is developing slowly. Itraconazole is also well absorbed by the body and its maximum concentration is reached within only a few hours after oral administration.

This antifungal reaches the skin and keratinous tissues in a significant quantity and persists in these tissues for weeks. It is absorbed in the small intestine, metabolized in the liver and eliminated in the urine and bile. Preparations of itraconazole for dogs can be found in tablets or in oral suspension. Finally, note that yeasts are types of fungi, so they could be treated with drugs such as itraconazole.

Uses of itraconazole for dogs

Itraconazole is used to treat fungal diseases. They are also known by the name of mycosis, specifically dermatophytosis when they affect the skin. Dermatophytes are fungi that are located on the skin, hair or nails and feed on keratin. Ringworm is an example of a well-known dermatophytosis. Malassezia yeast infections are also treatable with itraconazole.

Although a dog can develop them almost anywhere, certain areas such as the paws are more likely to develop fungal infections. Oral administration of systemic itraconazole increases the speed of recovery compared to topical treatments that may be prescribed in some cases. In addition, both options can be combined at the discretion of the veterinarian. For example, they may prescribe itraconazole orally along with a shampoo with an antifungal effect for topical use.

Keep in mind that some fungi can be transmitted to other animals, including humans. That is why we must go to the veterinarian when we suspect a fungal disease in our dog. Although the mildest cases may resolve themselves in a few months, early diagnosis and prompt treatment prevent complications and transmission.

The necessary hygienic measures must also be implemented as soon as possible. In this way, not only is the affected dog cured, but the spread of the fungus and potential infestations in other members of the family are also avoided. In some cases it is essential to treat the environment, in addition to the dog.

Learn about another type of antifungal medication with our article on ketoconazole for dogs.

Dosage of itraconazole for dogs

Some people wonder whether you can give itraconazole for dogs without a prescription, but itraconazole is not an over-the-counter drug. Not only does the veterinarian need to determine the specific fungus so they can provide the right antifungal treatment, but the dosage is not the same for every dog. It is they who will assess the dog's specific needs and create a prescription accordingly.

We can say there is a general dosage amount when administering itraconazole, but it will depend on the type of fungus and the severity of the infection. For example, to treat a Malassezia infection, itraconazole is given at 5 mg per kg of body weight. This is usually given once a day or divided into two daily administrations.

Generally, these treatments are prolonged, They often exceed 3-4 weeks, depending on the progression of the infection. The administration can be intermittent or even given in alternate weeks, i.e. giving it a few days in a row, resting others and returning to resume treatment. This is always according to the supervision of the veterinarian. Only a professional can decide when to finish the treatment and discharge us. Regarding administration, the tablets are given just after or with food for better absorption.

In this other article we explain how to give a dog a pill.

Contraindications of itraconazole for dogs

As a precaution, itraconazole should not be administered to pregnant bitches, although adverse effects on developing puppies have only been shown in mice and at very high doses. It is also not recommended during the lactation period.

Itraconazole is also not recommended for dogs with liver failure. If the dog is already being treated with some other drug and the veterinarian is unaware of it, it must be reported in case undesirable interactions between them could occur. Of course, dogs that have previously had an adverse reaction to itraconazole should not be used again.

Side Effects of Itraconazole for Dogs

Itraconazole is considered a drug with a wide safety margin. This means that it does not usually trigger adverse effects, even if the recommended dose is exceeded. In fact, it is a drug that began to be prescribed because it achieved efficacy with greater safety, since the rest of the most prescribed antifungals caused digestive disorders, especially in longer treatments.

The dose administered and the duration of treatment are considered determining factors in the appearance or absence of side effects. As such, mild itching and nausea have been reported so far. In any case, it should be noted that the relatively recent use of itraconazole may influence current knowledge of its possible effects.

Find out other reasons for these possible symptoms with our article on why a puppy keeps itching and scratching.

If you want to read similar articles to Itraconazole for Dogs - Uses, Dosage and Side Effects, we recommend you visit our Medicine category.

Itraconazole for Dogs - Uses, Dosage and Side Effects 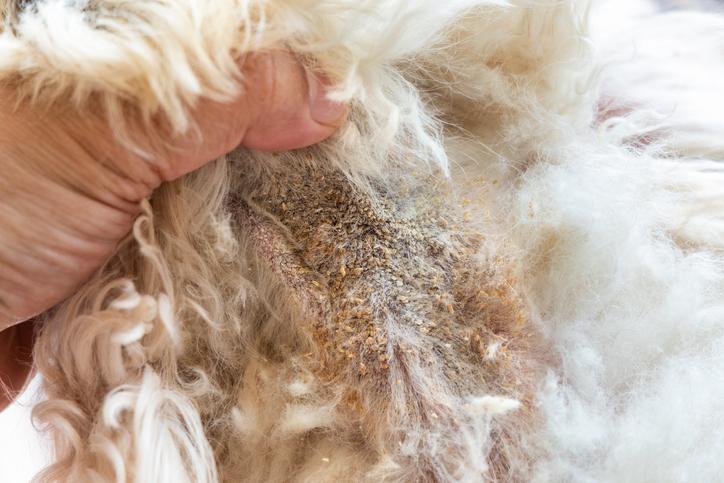 1 of 2
Itraconazole for Dogs - Uses, Dosage and Side Effects
Back to top