Ivermectin for Rabbits - Dosage, Use and Contraindications

Ivermectin is a long-established antiparasitic used for various purposes in different species of animals such as dogs, cats, cattle, and even humans. Ivermectin is also commonly prescribed for rabbits. It is considered an endoparasitic because it fights multiple microorganisms, both external and internal. Its mechanism of action is based on blocking the transmission of nerve impulses of the parasites.

The following AnimalWised article explains what ivermectin is used for in rabbits, how it works, and what contraindications there may be to its administration.

You may also be interested in: Ivermectin for Horses - Dosage, Use and Side Effects
Contents

Ivermectin is a broad-spectrum antiparasitic. More specifically, it is an endoparasitic, meaning it acts on multiple parasites, both external and internal, that can infest rabbits. After its discovery in 1975, it was first used in veterinary medicine for the prevention and treatment of heartworms and acariasis. In 1987, it was approved for human use and is now used to treat head lice infestations, scabies, among others.

Ivermectin acts through many mechanisms to kill the targeted parasites and can be taken orally or applied to the skin in the case of external infestation. It works by blocking the transmission of nerve impulses by the parasites, causing paralysis and death. The effect starts 24-48 hours after administration and lasts for several days, as the active ingredient remains in the skin and thus has a long-lasting effect.

What is ivermectin used for in rabbits?

Rabbits kept outdoors are susceptible to fleas, ticks and mites. Prevention and treatment of these harmful pests is important for the health and well-being of your rabbits.

Ivermectin is mainly used in rabbits with mange. Mange is a disease caused by mites that causes itching, discomfort, and injury that can be severe and, in the most severe cases, can even lead to the death of the rabbit. Therefore, it is important to diagnose and treat all affected rabbits as soon as possible. Remember that some of these mites can also be transmitted to other animals, including humans.

Ivermectin is effective against mites such as Psoroptes cuniculi, which reproduce in the ears and cause ear scabies, Sarcoptes scabiei cuniculi, which cause sarcoptic mange, or Cheyletiella parasitovorax. Keep in mind that scabies does not heal in a matter of days. In fact, the eradication of this disease can take months.

Although the drug eliminates several generations of mites that hatch if it remains on the skin, its effect does not extend to their eggs. Other supportive medications may be required, as well as measures to disinfect the environment.

On the other hand, ivermectin can be used to deworm against nematodes such as Baylisascaris procyonis, which cause encephalitis. If our rabbit is kept at home and is limited from access to the outdoors, it could already be parasitized when it gets home or if it comes into contact with another pet. For this reason, be sure to consult a veterinarian to establish an appropriate deworming plan.

Finally, it is important that you find a veterinarian who specializes in the so-called exotic animals. Not all veterinarians have the proper knowledge to care for rabbits.

A rabbit's coat is an indicator of its overall health. When they are sick, it loses quality, becomes rougher, and may even fall out in places. This could be an indication that our rabbit is infected with one of the parasites mentioned above. Continue reading this other article on mites and skin diseases in rabbits to learn more.

Dosage of Ivermectin for rabbits

Ivermectin for rabbits is usually given in exact doses depending on the parasite they are infested with. Ivermectin is typically administered by subcutaneous injection in rabbits, so the veterinarian is responsible for administration. When using ivermectin to treat scabies, it is typically between 0.2-0.4 mg per kg weight. The most common guidelines are two injections every 4-6 days or three injections spread over several weeks. When using ivermectin to treat nematodes, the dose is the same, but it is typically divided into two doses 14 days apart, which may vary depending on the veterinarian's criteria.

It is also possible to obtain ivermectin for rabbits as a spot-on medication. This medication comes in a pipette with a predetermined general dosage. You typically apply ivermectin in its topical form to the skin on the back of the neck or directly to affected areas such as the ears. Although this presentation of ivermectin is effective against fur mites, lice, and roundworms, it is less effective against ear mites and mange than injected or oral ivermectin.

It is not uncommon for rabbit owners to not know the actual age of their rabbits. Knowing your rabbit's age will not only help you better care for them, but also help you anticipate their needs and better understand their behavior. Read this other article to learn how to determine your rabbit's age.

Contraindications of ivermectin for rabbits

Although one of the most popular qualities of ivermectin is precisely the fact that it has few contraindications, as with any drug, there are certain situations in which its use can be harmful to the animal.

Pregnancy and birth is an important time in your rabbit's life, and during this time the mother needs special care. Read this other article on rabbit pregnancy to learn how to best care for your pregnant rabbit.

Side effects of ivermectin in rabbits

For rabbits, ivermectin is a reasonably safe product. Serious side effects are not frequently reported, but it is not excluded that they may occur.

The main cause of side effects is overdose, which underlines the importance of always consulting the veterinarian before administering any medication. In a small percentage of cases, adverse effects occur at the usual dosages.

Symptoms that occur with intoxication by this drug include tremors, depression and muscle twitching, among others. We must inform our veterinarian immediately if we observe any changes in our rabbit after taking ivermectin.

Knowing if a rabbit is not well is one of the most important tasks in caring for a rabbit. Continue reading this other article to learn more about the most common symptoms of a sick rabbit.

If you want to read similar articles to Ivermectin for Rabbits - Dosage, Use and Contraindications, we recommend you visit our Medicine category.

Ivermectin for Rabbits - Dosage, Use and Contraindications 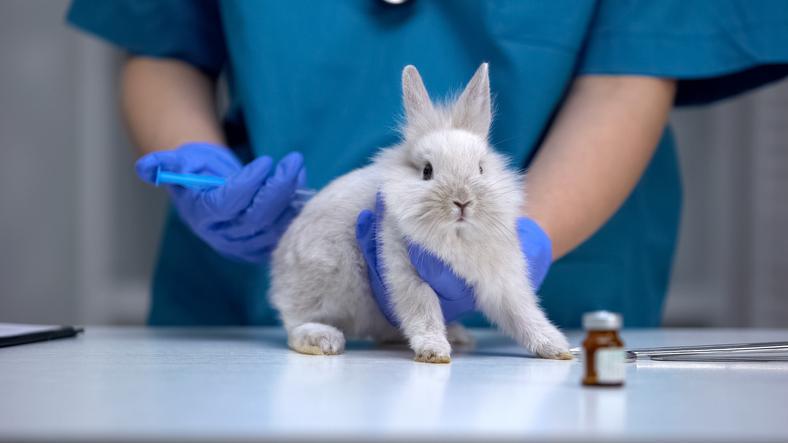 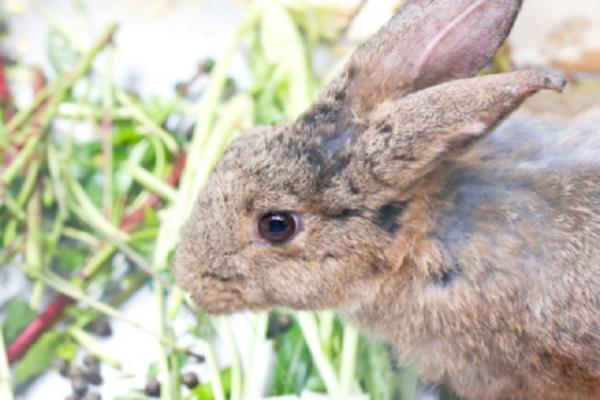 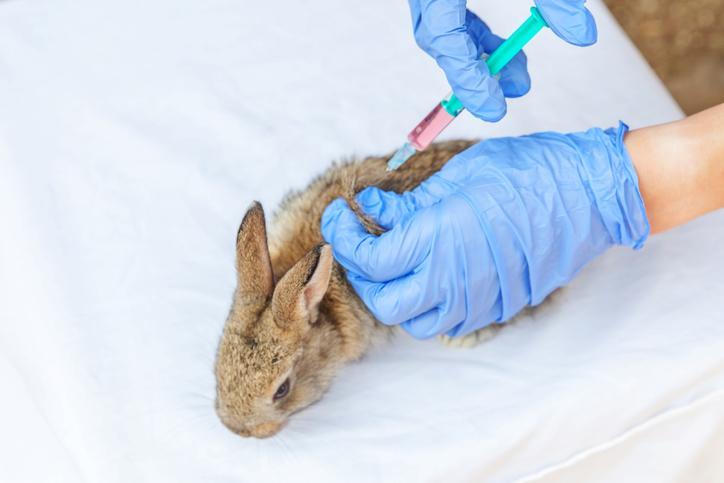 1 of 3
Ivermectin for Rabbits - Dosage, Use and Contraindications
Back to top