Ivermectin is an common antiparasitic drug for cats, dogs and other animals. Currently, however, the are other products which have been proven safer for cats. If you are wondering, is ivermectin safe for cats? You’ve come to the right place.

Here at AnimalWised we aim to discuss everything you need to know about Ivermectin for cats, including its recommended dosage, uses and side effects. Keep reading for more.

You may also be interested in: Ivermectin for Rabbits - Dosage, Use and Contraindications
Contents

Ivermectin for cats: what is it?

Ivermectin is a macrocyclic lactone that has been used since the 1980s for cows, sheep, goats or horses. Its antiparasitic activity is the reason why this treatment was extended to pet care, treating animals like dogs and cats. Ivermectin functions by paralyzing and, consequently, killing the parasites. It is marketed in various formats such as ivermectin paste, pipettes and oral administration.

Ivermectin administration on the skin, however, can cause alopecia and peeling. Selamectin or moxidectin are other widely used lactones commonly used in pipettes. These are both recommended alternatives to ivermectin for cats.

For more, we recommend reading up about parasites in cats:

The application of ivermectin is capable of eliminating nematodes and mites in cats. Ivermectin for cats can be used as an internal dewormer against round worms. This is in addition to functioning as treatment for diseases caused by mites, both inside the ears and on the skin. Ivermectin is often used, for example, to treat or deter mange caused by ear mites in cats. Its application for the treatment of infestations by external parasites (fleas and ticks) is controversial, therefore we recommend the use of other antiparasitics that eliminate and prevent these re-infestations.

In addition, we must highlight the common use of ivermectin in the prevention and treatment of heartworm in cats, a parasite capable of occupying the heart, lungs and veins directed to the liver. This worm accesses the organism in immature forms, transmitted through the bite of an infected mosquito. Due to the importance of the organs that it affects, it is a parasitic of potentially fatal severity.

The use of ivermectin in animals suspected of suffering from filariasis, should be applied following strict veterinary control. A dose able to kill microfilariae rapidly can also trigger severe anaphylactic shock in an animal, thus this needs to be avoided.

For more, we recommend reading our article about mites on cats.

Administration and frequency of an ivermectin dose for cats will vary predominantly on what is being treated. Therefore, it is important that before treating a cat with ivermectin,you should consult a veterinarian.

Ivermectin will affect different animals differently and this needs to be taken into consideration. Keep reading to find out more about the possible side effects of ivermectin for cats.

Ivermectin for cats: side effects

When administered professionally under the supervision of a professional, ivermectin is safe for cats. There is a possibility, however, that your cat may be allergic to ivermectin, but this is not very common. Bear in mind that the side effects of ivermectin in cats can be very serious. Thus, an inadequate dosage can result in intoxication which can cause:

If, after your cat has been administered ivermectin you notice any of the above symptoms, you should visit your veterinarian IMMEDIATELY. There is no antidote against ivermectin, treatment is based on an establishment of fluid therapy and appropriate drugs. Recovery may take several weeks. Do not exseed the general 0.2 to 1.3 mg/kg of ivermectin for cats. If you believe that your cat is suffering from ivermectin toxicity, again, consult your veterinarian as soon as possible.

For more, we recommend taking a look at our article where we discuss poisoning in cats.

Lastly, before administering ivermectin for kittens, you should consult a veterinarian. An overdose of ivermectin in kittens is incredibly dangerous, in the same way that you shouldn’t offer this antiparasitic drugs to cats who are allergic to it. Special precautions should also be taken when treating pregnant and/or lactating cats.

If you want to read similar articles to Ivermectin For Cats - Dosage, we recommend you visit our Medicine category.

3 comments
Rating:
Wanda
13/07/2022
I have a feral cat that I have been feeding for awhile but I can’t catch him. I’ve noticed he appears to have ear mites in his left ear. How can I get ivermectin when I can’t take him to a vet. When I give him flea medicine or fish antibiotics I mix it in his food and he gets better. What can I do for the mites? Thank you wanda
Amelia
23/09/2022
I had the same problem with my female feral. I got revolution plus from my vet, and applied it on her neck for 3 consecutive months and it cleared it all up. (although terrified, she knew it was helping her ears..
I have to sneak up when shes sleeping to even do that... It works though.
I hope this works for you. Ear mites are horrible and cause so many problems down the road. Good luck with that!
Kimberly
29/09/2022
You can go to places like Tractor Supply or you can get it online. Chewy has it as well but you have to the 1% injectable solution for bovine or horse and if you do that, you HAVE to make sure you give them the correct dosage and watch for side effects and contact a vet or animal hospital IMMEDIATELY if they're experiencing side affects because they can go into anaphalactic shock and it could kill them. I recommend Selamectin for cats because it's safer to use.

You will need to speak to a veterinarian. You can call them before going to the clinic, in case they can advise over the phone.
Rating:
GLORIA OWENS
31/12/2020 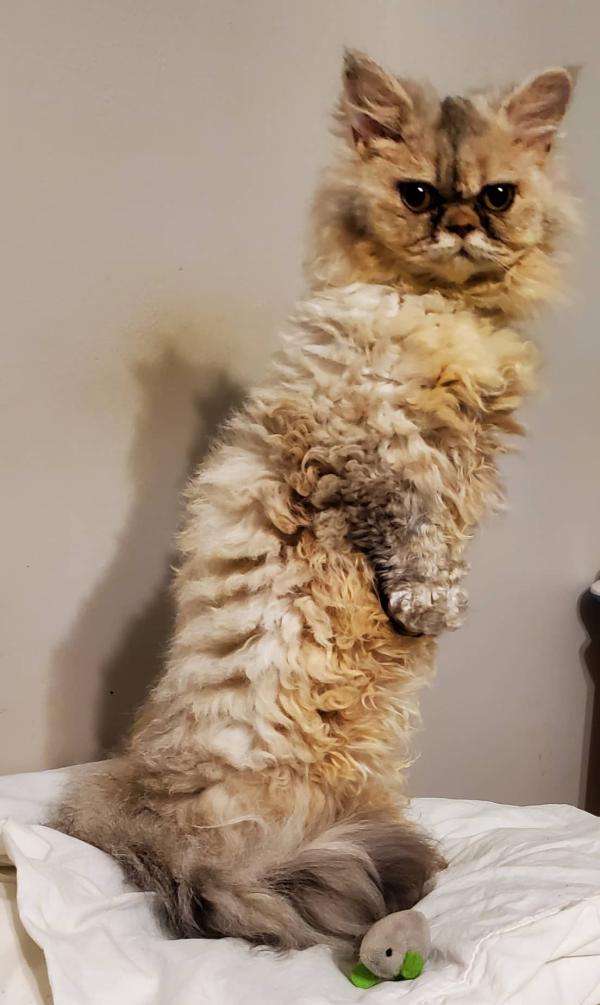 My vet and I were wondering since Ivermectin is being used for covid if it might kill ringworm and/or herpes in cats. Just a thought. This baby was bought with herpes that has been very hard to control. She's a Lambkin.
DR.Doktor
16/09/2021
Ivermectin is NOT used nor is it proper for covid!
Ivermectin is used for parasites because it "paralyzes" its nervous system. Covid19 is not a parasite and it does not have anything even closely resembling nervous system cells.
Ivermectin For Cats - Dosage 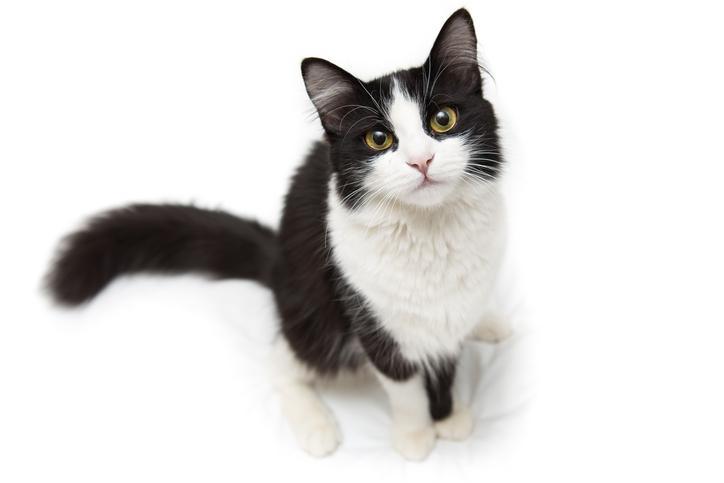 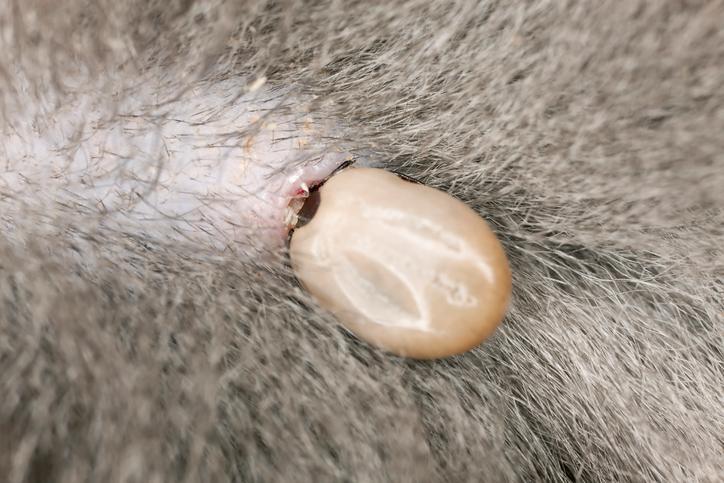 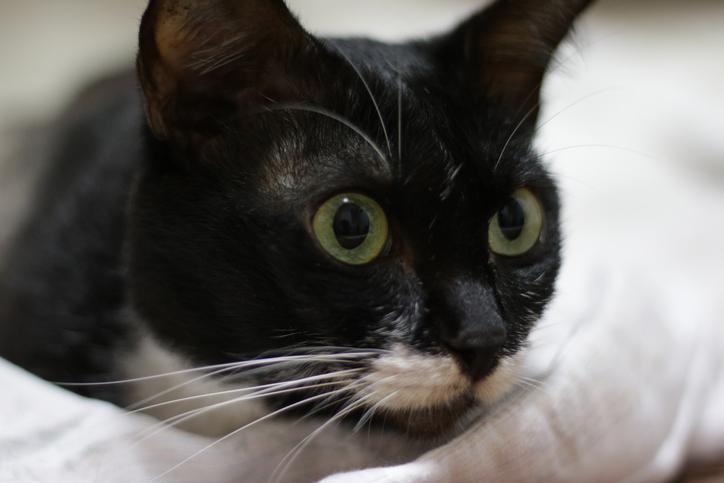 1 of 3
Ivermectin For Cats - Dosage
Back to top