There are many dog breeds in the world, and their popularity varies depending on location. Some breeds are truly ancient, while others have just been registered. Cross-breeding and working necessities have brought the development and birth of new breeds, while wars and other factors have led to the extinction of others.

Currently, the World Canine Organization (FCI) recognizes around 350 dog breeds, but there are few people that know them all. For this reason, AnimalWised has put together a list of 15 rare dog breeds that you probably don't know or don't know too well. Keep reading!

The first of our 15 rare dog breeds is the Puli, also called Hungarian Puli, native to Hungary and originally used for herding and watching over grazing sheep.

While it almost became extinct during World War II, the Puli has a loyal and active temperament and is an excellent companion. They are easy to train, so they are perfect to compete in Agility courses.

The Clumber Spaniel is one of the rare breeds of hunting dogs native to Britain: in fact, it is one of the Vulnerable Native Breeds of the UK. It was named after Clumber Park, where the Duke of Newcastle first met these dogs in the 19th Century.

Although they were used as hunting dogs, Clumber Spaniels are not particularly fast or active; however, they are good trackers. It is common to see them carrying objects in their mouth, as if to present some trophies. Currently, the Clumber Spaniel is only used as a companion dog and has a good and loving character. Here you can learn all about the different Spaniel breeds around the world.

The Cirneco dell'Etna is a dog breed that is quite rare outside its place of origin, Sicily.

This hound has trouble getting used to city living, as it requires constant exercise and lots of activity. Despite being a very loyal animal, the Cirneco dell'Etna is a difficult dog to train. Their most peculiar trait are its large and erect ears.

The Xoloitzcuintle, Xolo or Mexican hairless dog is one of the rare dog breeds from Mexico, as its name suggests. It is very popular in its native country, and its origin is old, dating back to the Maya and Aztecs who used them to protect their homes.

The Xolo is noble and extremely clever, and it comes in three sizes and a coated variety:

Here you can learn more about hairless dog breeds.

The Saluki or Persian Greyhound is a rare breed native to the Middle East. It is believed to be the oldest breed, as it was domesticated thousands of years ago in the Fertile Crescent. In fact, the Saluki appears in Ancient Egyptian art!

This elegant greyhound has a physical structure optimized to reach high speeds, and their coat can come in many colors. By nature, Saluki dogs are quiet, peaceful and very loyal.

The Schipperke is a small herding dog of Belgian origin, more specifically from Flanders. It is one of the more active, curious and energetic rare breeds, and despite its small size it needs a lot of exercise and daily training.

They are ideal as watch dogs, and they love water and hunting small rodents. The most peculiar feature of the Schipperke is its fox-like appearance.

Another rare dog breed is the Plott Hound, which was originally bred in Germany to hunt wild boar. It was taken to North Carolina in the US for the purpose of hunting bears, and nowadays it is the official state dog breed.

Currently, the Plott Hound is still used as a hunting dog, as it is particularly effective when it hunts in packs. It needs room to exercise, and it is not suitable for apartments or small homes. The Plott Hound loves playing in the water and interacting with people.

The Swedish Vallhund or Swedish Cow Dog is, of course, native to Sweden. This herding dog was first bred by the Vikings to be a guard, to hunt rodents, and to herd cattle.

The Swedish Vallhund wants to feel loved and is very loyal to its master, but it can be reserved with strangers. It can compete in several dog sports thanks to its great ability to learn, and it has a strong, spunky personality. It is one of the animal emblems of Sweden.

Another rare dog breed is the Briard or Berger de Brie, from France. During World War II, this dog was used as a guard dog, as a messenger and to find wounded soldiers thanks to its great hearing abilities.

Currently, the Briard is used for herding and as a guard and companion dog. It is very energetic and intelligent but also a bit stubborn, and it has a great need for affection from its family.

The Dandie Dinmont Terrier is another rare dog breed registered as a Vulnerable Native Breed of the UK. This is a small dog of Scottish origin named after a character in the novel Guy Mannering by Sir Walter Scott.

Formerly, Dandie Dinmont Terriers were used to hunt foxes, otters and badgers, and they frequently appeared in paintings representing Scottish nobility. The Dandie Dinmont Terrier is a loyal, peaceful and tolerant dog, with a long body and short legs. It can be an excellent guard and companion. Here you will learn more about the different terrier breeds around the world.

The Otterhound, yet another British rare breed, gets its name from its love of water and resistance to cold, which allow it to track down otters in burrows and rivers. It is another of the Vulnerable Native Breeds of the UK.

It has a serene and cheerful personality, and it needs a great deal of physical activity every day, so it is not recommended to have an Otterhound in small spaces. Due to the ban on hunting otters, this working dog is now regarded as a companion dog.

The Löwchen or Little Lion Dog is a rare dog breed with an unknown origin, although the FCI suggests it may be native to France. Its name comes from its most popular haircut, and not to its actual appearance.

These dogs are active, loving and resilient animals, but they once were the rarest dog breed in the world. Löwchen dogs are also brave and easy to train, and they have a tendency to challenge larger animals.

The Harrier is another of the little known British dog breeds, and it was born from crosses between Foxhounds and Beagles. It looks similar to its ancestors, and in fact it is often described as a "Beagle on steroids" because of its muscular build.

The Harrier is cheerful and sociable yet gentle, and it learns easily. Formerly it was used to hunt hares, foxes and rabbits, but today the Harrier is known as an excellent companion dog.

The Bergamasco Shepherd is an Italian dog breed used as a guard dog and as a herder, but it can be an excellent companion, because it is very family-oriented.

This dog is docile, strong, loyal and hard-working, with a rustic and robust structure. A Bergamasco's coat is similar to the woolly coat of a sheep, with rough strands to keep it warm while wandering across the mountains of the Italian Alps.

Last - but not least - in our list of 15 rare dog breeds is the Keeshond or Wolfspitz, an energetic dog that needs a lot of exercise and space. According to the FCI it is one of five varieties of the German Spitz, but other organizations consider it a separate breed.

Its distinctive fluffy coat make the Keeshond one of the most admired breeds in the world, because it truly looks like a stuffed toy. This dog is docile and committed to its owners, and also has a special affection for children. It is also tolerant of strangers and other animals, and is an excellent companion.

If you want to read similar articles to 15 Rare Dog Breeds, we recommend you visit our Facts about the animal kingdom category.

15 Things You Should Know About Dogs
15 Animals That Pollinate
15 Animals That Sleep A Lot
15 Blue Animals in Nature
Related categories
Endangered animals
Most read
1.
What Animal am I According to my Zodiac Sign?
2.
What Does It Mean When a Cat Shows Up at My Door
3.
10 Most Beautiful Animals in the World
4.
The 10 Most Solitary Animals in the World
5.
Animals With Scales - Full List
6.
Why do Dogs Get Stuck when Mating?
7.
My Female Dog In Heat Won’t Accept A Male - Causes
8.
How Many Types of Lions Are There?
Top 9 Dog Breeds with Blue Tongues
Dog Breeds that Look like Wolves
15 Famous Black Cats in History and Culture
Types and Breeds of Husky Dogs
The Strongest Dog Breed in the World
5 Hairless Cat Breeds
What Are the Best Breeds of Police Dogs?
Chinese Dog Breeds List 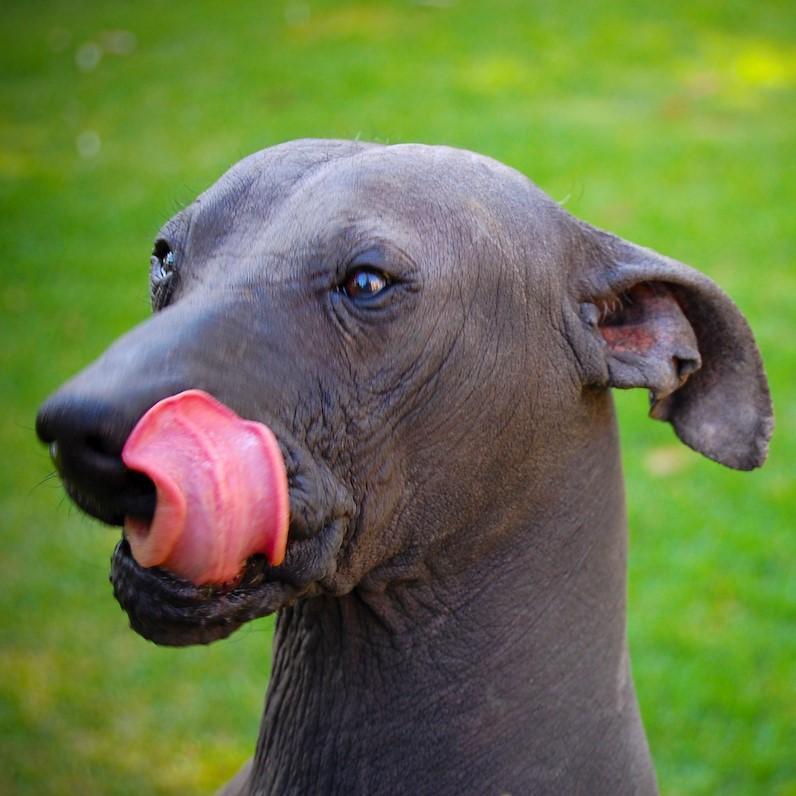 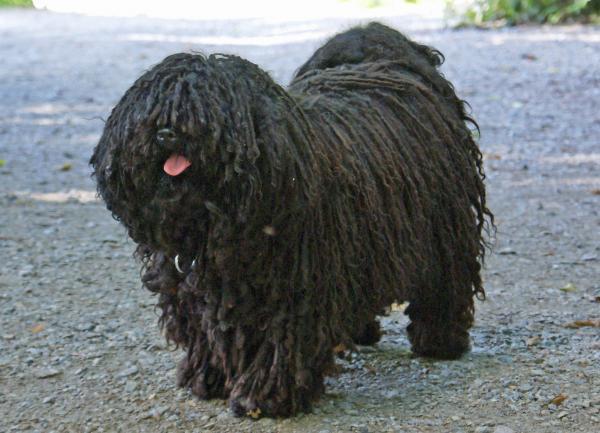 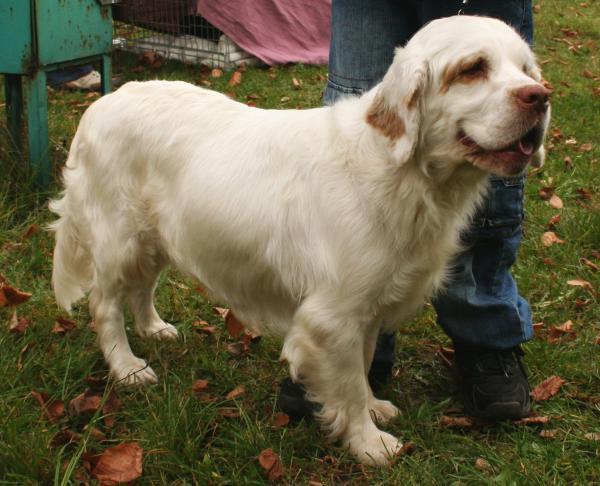 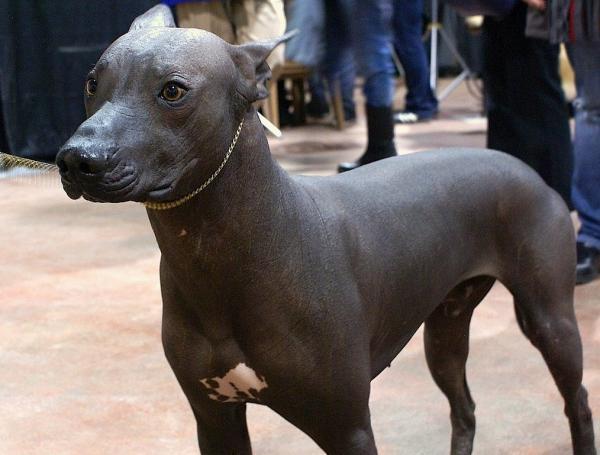 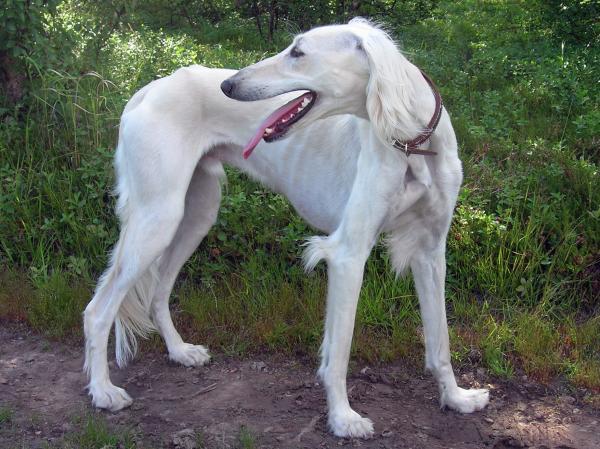 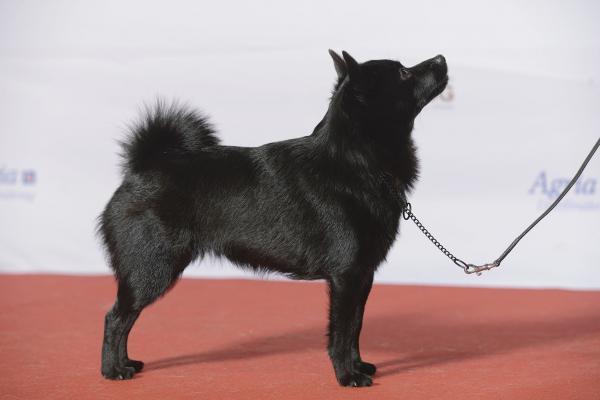 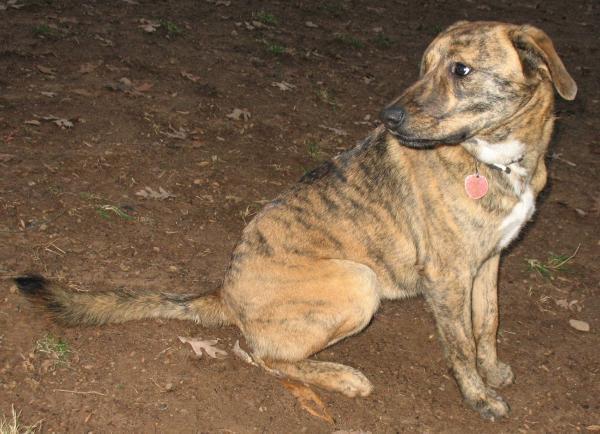 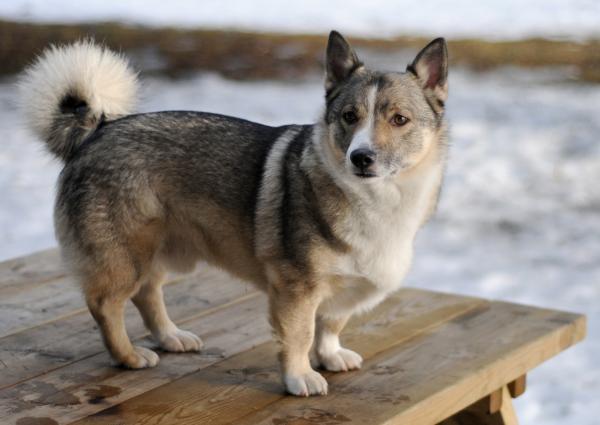 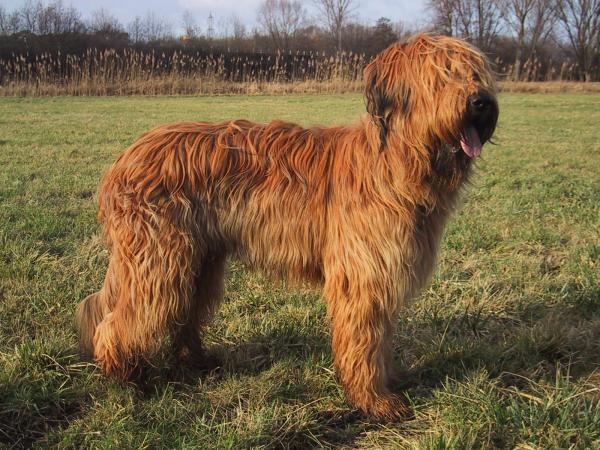 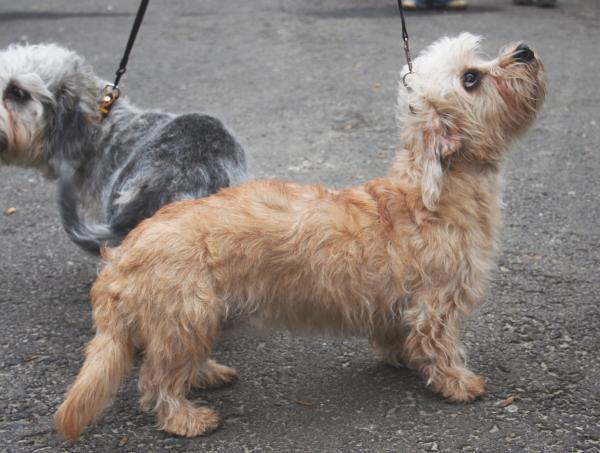 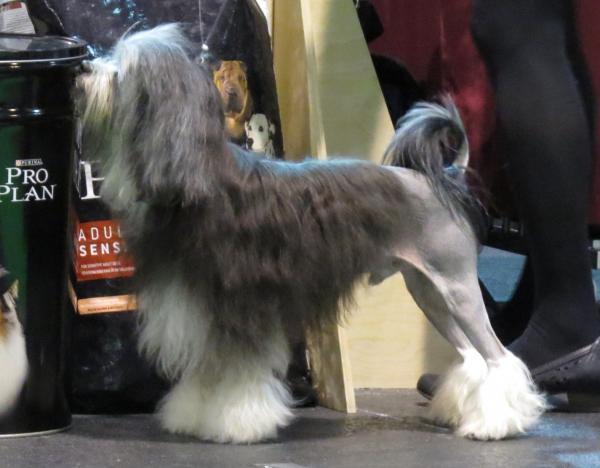 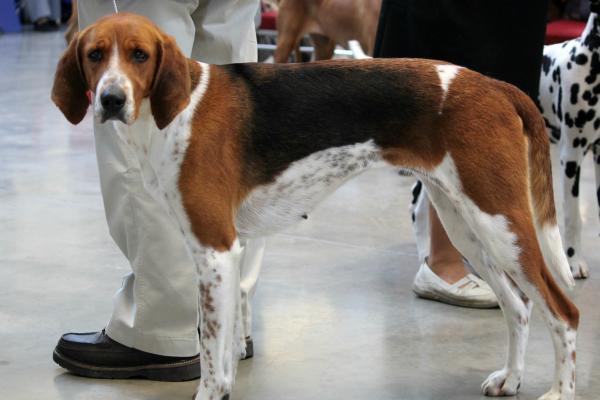 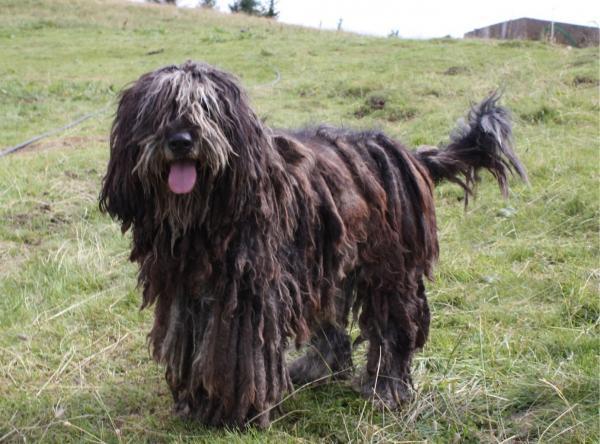 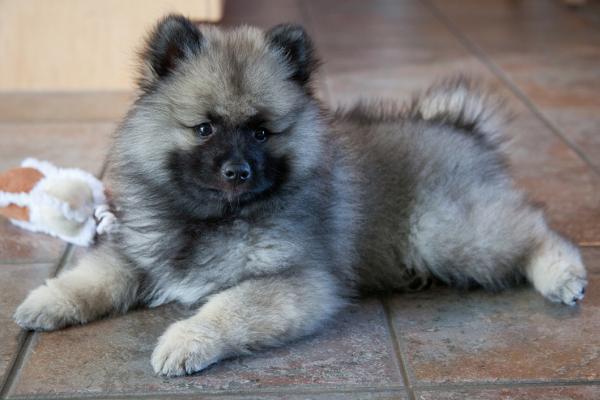