Perhaps the most famous marsupial animal is the kangaroo. They are known for having a pouch in which they develop their embryos and carry their young. This pouch is known as a marsupium and this is from where the collective taxonomic name marsupial is derived. Although not all marsupials live there, many of us directly associated these animals with Australia. While the highest number of marsupial species has been recorded in Australia, parts of South and North America are also home to these mammals. While the kangaroo is perhaps the most famous do you know any other types of marsupial?

AnimalWised brings you this list of of the different types of marsupials. We also provide pictures of selective animals and provide some information on each one.

You may also be interested in: Different Types of Wombats
Contents

Here is am extensive, but non-exhaustive list of marsupials currently living on our planet:

We expand on our list of the different types of marsupials by looking at the characteristics of both all marsupials and those unique to each species. We also provide relevant or interesting information along with photos for reference purposes.

What is a marsupial animal?

Before starting our list of the different types of marsupial, you may need to know a little more information about what makes this type of mammal special. While the vast majority of mammal species are placental (monotreme mammals are the only which lay eggs), the reproductive system of marsupials is a little different.

Most male marsupials have a naturally bifurcated penis which is only used for reproduction. This means they urinate differently. Both males and females have a cloaca, an orifice which is used for the digestive, urinary and reproductive systems.

With marsupials, the embryo develops outside of the womb. They climb out of it and travel to the marsupium (the pouch) where they continue to develop. The nipples of the marsupial's mammary glands are located in the pouch which is how the babies feed. Once developed enough, the young can leave the pouch, but will return until they are completely weaned.

Other factors which set marsupials apart is their bone structure and the fact they generally have many more teeth than other types of mammal. However, the different types of marsupial are diverse and will have their own distinct characteristics and features. This is why we present our list of marsupial types to help you know them better.

The Australian continent has the largest amount of marsupial types, with more than 200 recorded species. It is in this corner of the world we find the smallest marsupial, the long-tailed planigale (Planigale ingrami). Barely measuring 5.5 cm and weighing 4.3 g, they are also one of the smallest of all mammlas.

On the other end of the spectrum is the red kangaroo (Macropus rufus). They weigh up to 90 kg, which is about the same weight as 30,000 planigales. They are considered the largest marsupial in the world.

These kangaroos can jump more than 3 m high in the air at a distance of over 10 m in length. They boost their jumping ability given to them by their legs with a muscular tail. They normally travel at speeds of around 25 km/h, but can reach speeds of over 70 km/h. They can even maintain a speed of 50 km/h for several kilometers.

Also known as the eastern grey kangaroo, the great grey kangaroo's name is misleading. They aren' the largest kangaroo, although they are indeed grey. Their weight can reach up to 66 kilos and reach almost 2 m in height. They are a gregarious marsupial and will often live in groups which are open to new members. They are mainly nocturnal.

Despite their adorable appearance, kangaroos can be dangerous animals. They have very strong musculatures and sharp claws which can be used to disembowel potential predators.

Although it looks a lot like a kangaroo, they are actually two different genera. The swamp wallaby is also known as the black wallaby, fern wallaby, black padmelon and, perhaps most amusingly, the stinker. They are one of the most abundant marsupials in Australia. Part of this is because of the unpleasant smell their meat gives when cooked for eating, meaning hunters generally leave them alone.

The common Wombat (Vombatus ursinus) is a marsupial that weighs between 3 and 7 kilos. Its appearance is tender and it was at one stage adopted as a pet. However, due to conservation, this practice is now completely banned. An interesting fact is that it is the largest mammal known to burrow.

Since there are about 200 species of Australian marsupials, we cannot record them all here on this list. This is why we have chosen to discuss only the most popular and best known.

According to the guide on Argentinian marsupials, this immense country enjoys the presence of 24 species of marsupial. They are distributed from northern Argentina to the vast meadows of Patagonia. Next we will show you the most typical marsupials of this region.

The white-eared opossum (Didelphis albiventris) is a typical opossum from Argentina, Bolivia, Brazil, Uruguay and Paraguay. Although their appearance may make us believe that they are a mustelid, they are indeed a marsupial. They have a very short life cycle. Their gestation lasts only a few weeks. At 10 months they are sexually mature and they stop reproducing after about 3 years. They can reproduce 3 times a year and have a life expectancy of about 4 years in total.

This type of marsupial eats insects, rodents, amphibians, reptiles, birds, fruit, carrion and even human refuse, making them omnivorous. Predators which hunt the white-eared opossum include the puma, caiman, piranha and others. This marsupial is considered a living fossil and is currently in the slow process of extinction.

This type of marsupial has three vaginas. The central one allows them to give birth to small embryos, ending the digestive and urinary tracts. Two additional vaginas at the side of the central one are used for fertilization and lead directly to uterine chambers. Males have a bifurcated penis.

Marsupials cannot transmit rabies because their low body temperature (32ºC) prevents the development of the disease. They have high lymphocyte levels, which means they have very resistant immune defenses.

The four-eyed gray possum (Philander opossum) is an opossum that lives in southern Mexico, although it is also distributed throughout Central and South America. This distribution extends as far as northern Argentina. They feed on insects, reptiles, rodents and fruit. It is an arboreal and terrestrial species with nocturnal habits. The gray four-eyed possum is a Mexican marsupial that has given life to several species of varying sizes.

The water opossum (Chironectes mínimus) is the only aquatic marsupial. They inhabit Mexican lakes and rivers, but can be seen up to the northeast of Argentina. They feed on fish, amphibians and crustaceans and measure up to 35 cm with 40 cm of tail.

The best known marsupial in Tasmania is the Tasmanian Devil. The Tasmanian Devil (Sarcophilus harrisii) is an endemic marsupial from the island. Its life expectancy in the wild is not more than 5 years. Today, it is the largest carnivorous marsupial in the world. It has a massive, rough-hewn and characteristic appearance. It is black in color with white markings, although some are completely black. It measures approximately 65 cm long, to which 25 cm is added. Its weight reaches 8 kg, the females are smaller.

One of its favorite prey is the Wombat, another marsupial which can weigh up to 30 kg. This information underlines their incredible physical power as well as their considerable aggressiveness. These characteristics put alongside their powerful bite, superior to that of the tiger or jaguar. Despite such ferocity, they mainly feed on carrion.

Since the 90s of the last century, Tasmanian devils have suffered from an epidemic of contagious facial carcinoma which has decimated their population. Today they are in grave danger of extinction, which has led the authorities to develop plans to save the species.

In Colombia there are 29 species of marsupials, the most widespread are several species of opossum. There are also two different endemic types of marsupials that are only found among the amazing fauna of Colombia. One of these species is particularly small.

The dusky caenolestid is a small marsupial endemic to the Department of Antioquia in Colombia, South of Valdivia. Their diet is based on insects and fruit. They are nocturnal and in danger of extinction.

The Colombian gracile mouse opossum (Gracilinanus perijae) is a tiny animal that lives in the forests of the Colombian tropical and subtropical lowlands. This small animal does not exceed 10 cm in length and it does not exhibit sexual dimorphism.

Since they are the country with the most different types of marsupials, you may be interested in Australia and its wildlife in general. Unfortunately, their ecosystems have been under threat for various reasons, one of the most reported being that of the 2019/2020 bushfires. To see how they have been affected and what can be done about it, you can watch this video to find out more: 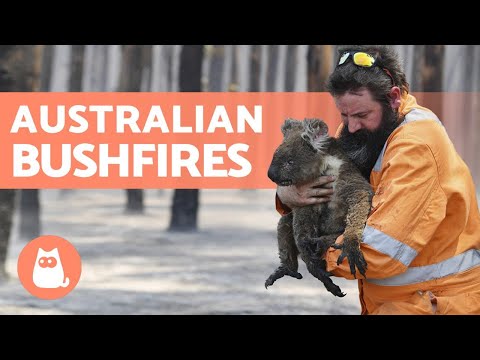 If you want to read similar articles to Different Types of Marsupials, we recommend you visit our Facts about the animal kingdom category. 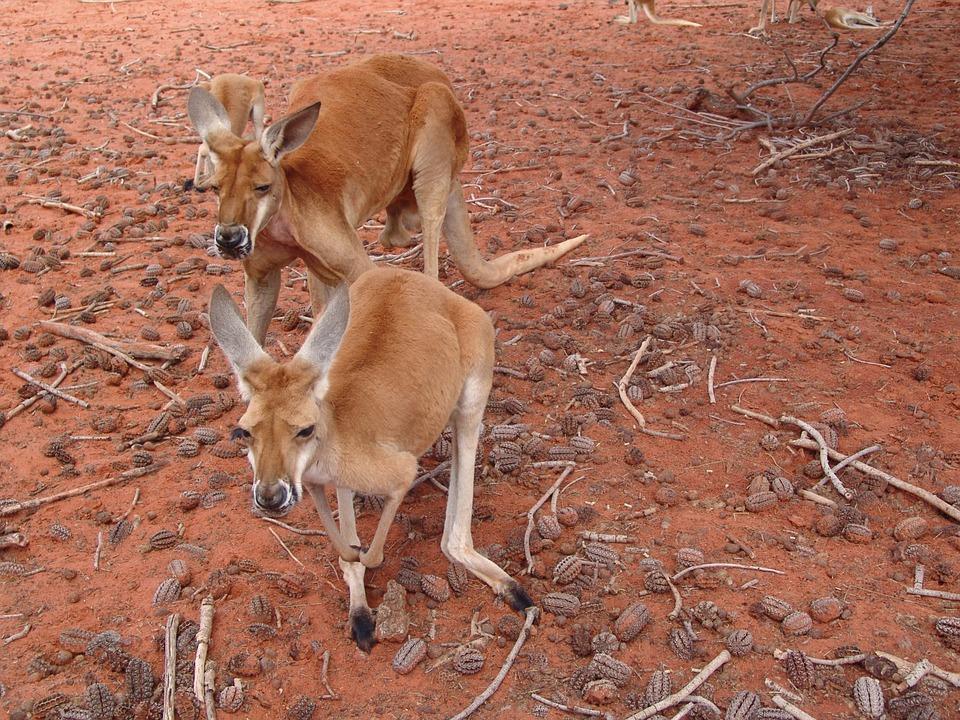 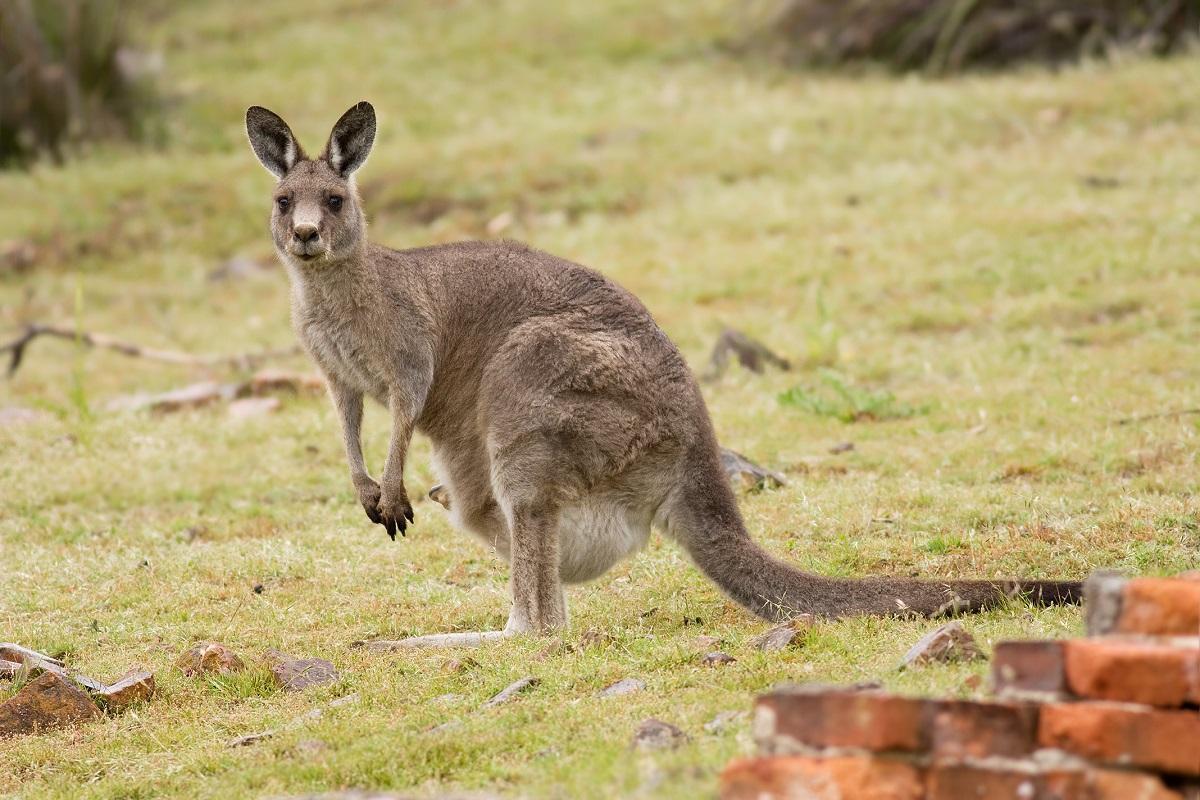 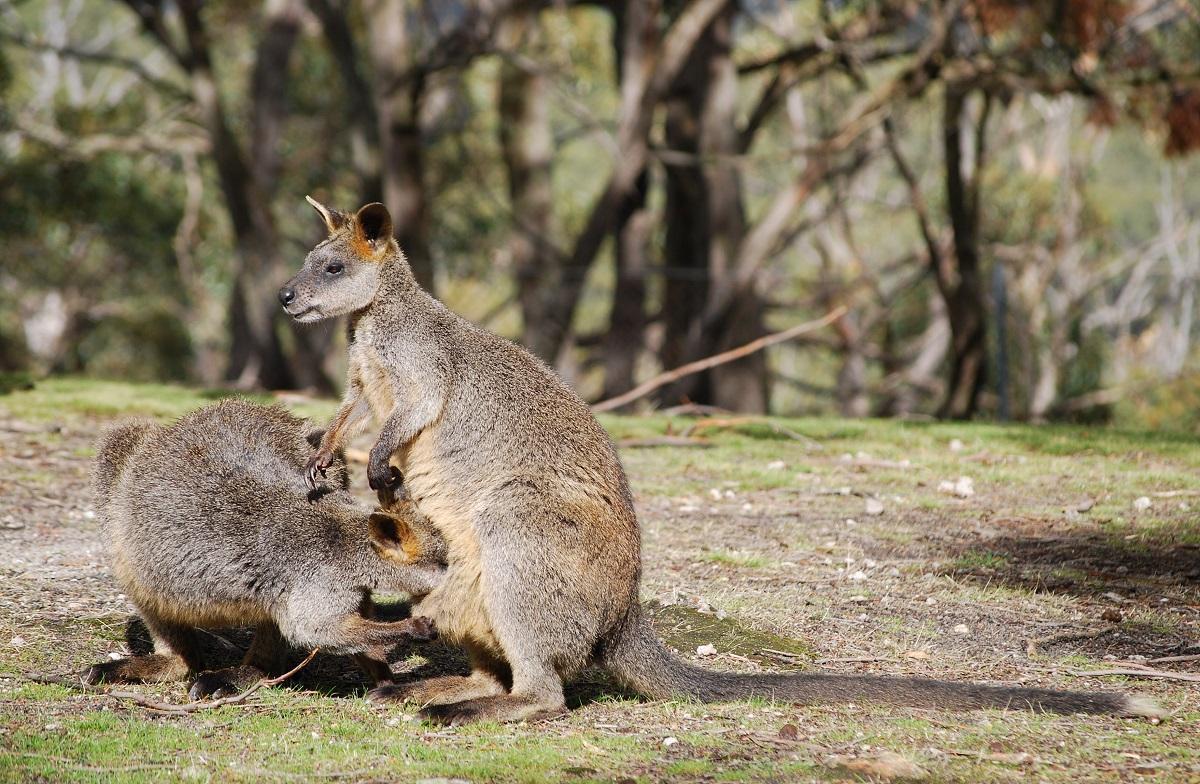 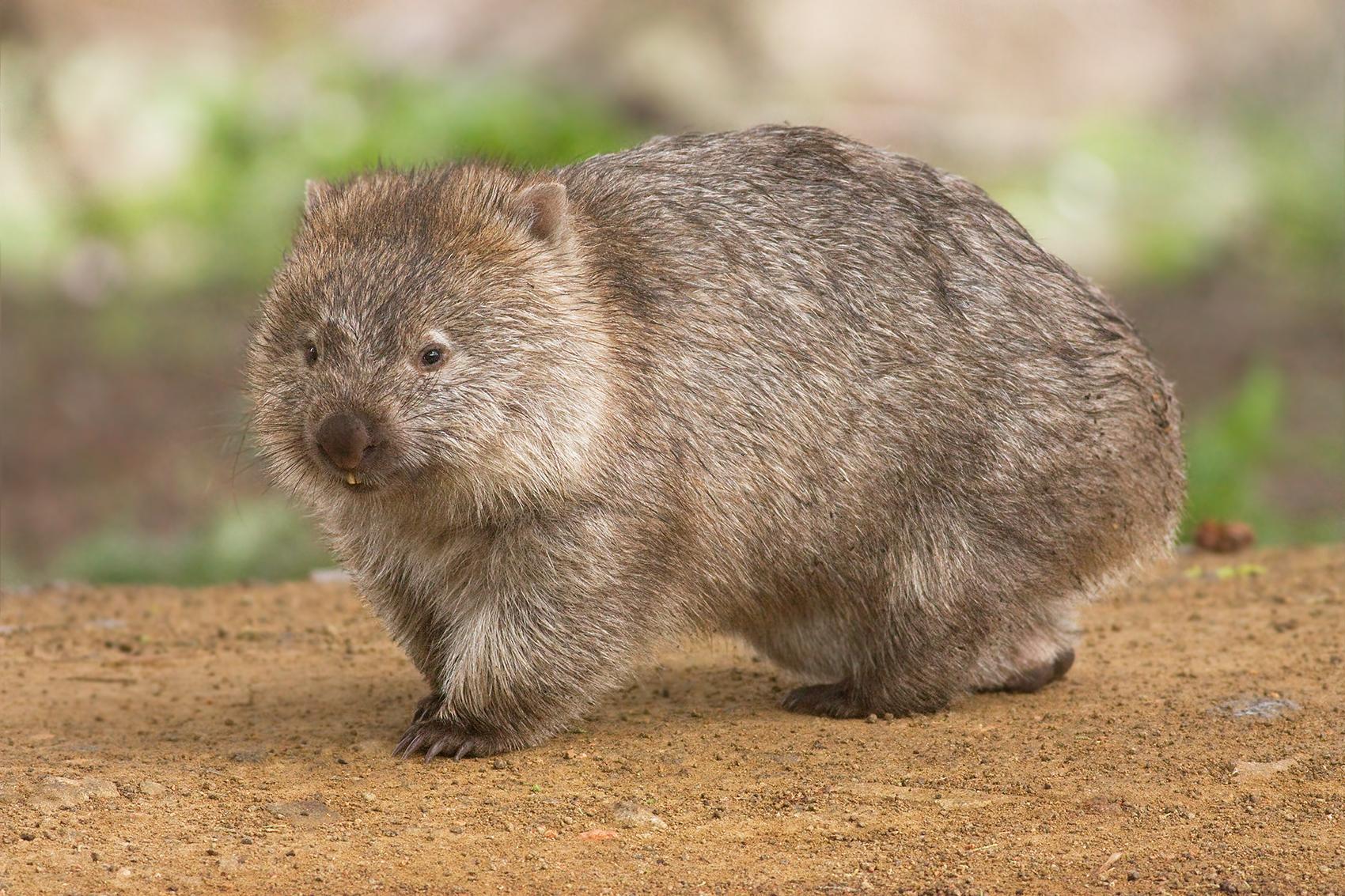 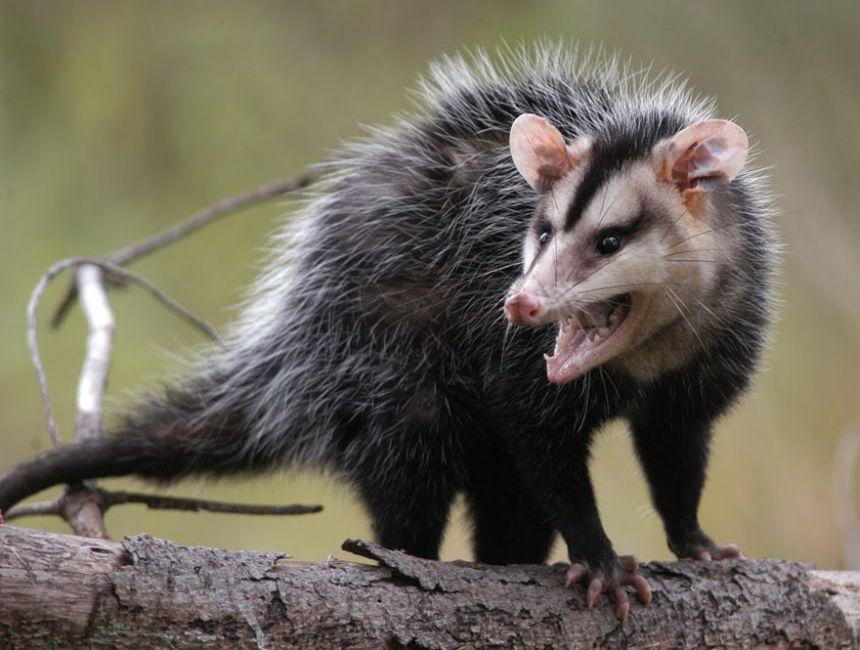 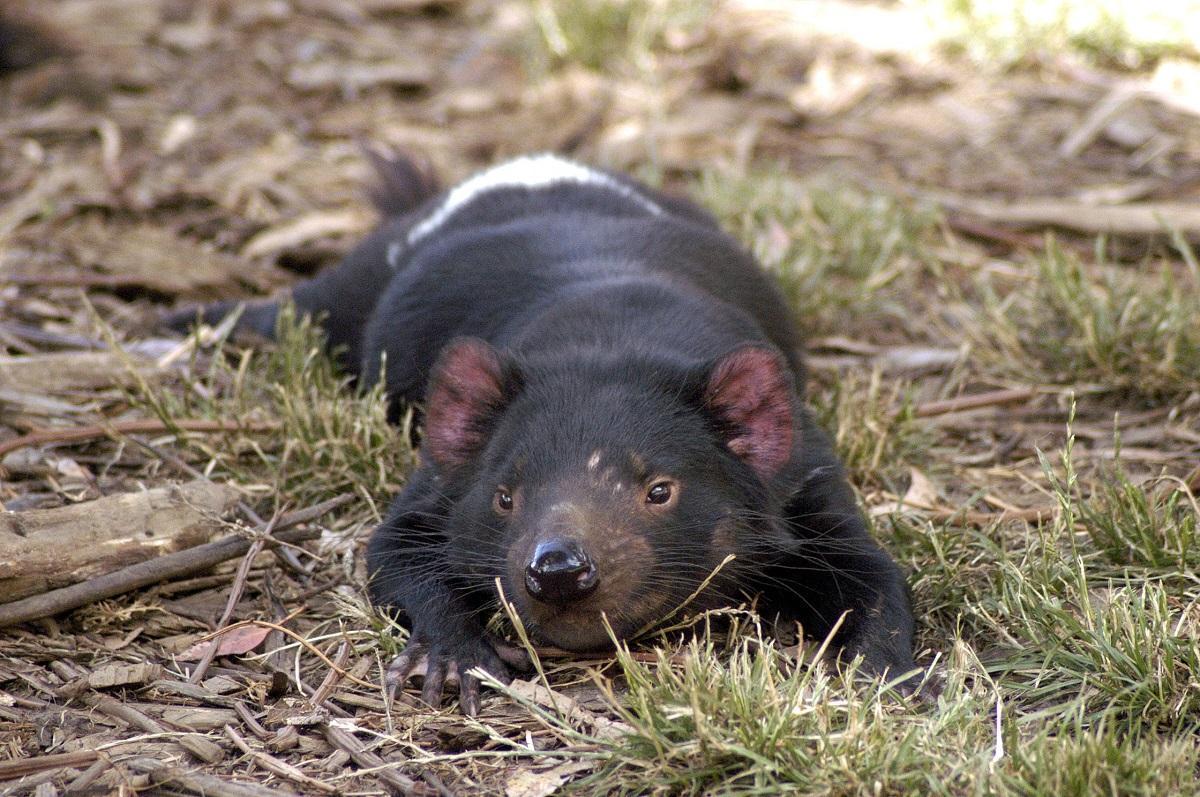 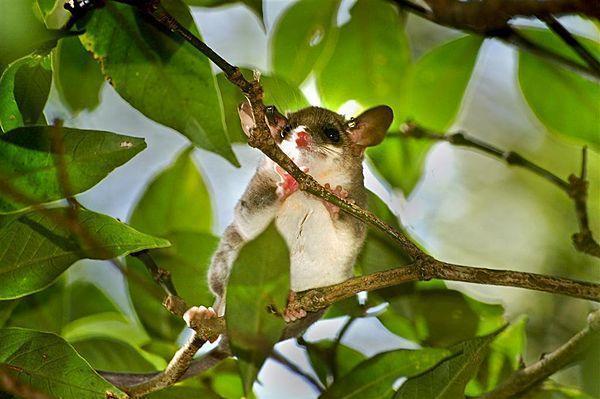 1 of 10
Different Types of Marsupials
Back to top