Feline Malassezia dermatitis occurs as a secondary effect of some pathological diseases, but can also be due to immunosuppressives, alterations to the skin or certain environmental conditions. This is a yeast-type fungus which occurs naturally as commensal flora in the skin and ear canals of cats. It also serves to prevent the spread of pathogenic fungi. If the right conditions are present, the Malassezia yeast can over-proliferate and cause sores, which generally give off a rancid odor. Other symptoms include scabbing, seborrhea, alopecia, redness, itching and trauma wounds. The yeast can also affect the auditory canal and cause otitis.

In this AnimalWised article we will discuss feline Malassezia dermatitis in cats, looking especially at its symptoms and treatment. Read on to learn more about this skin problem which can affect cats.

You may also be interested in: Fever in Cats
Contents

What is Malassezia dermatitis in cats?

There are different types of dermatitis which can affect a cat. Malassezia dermatitis is caused by the yeast known as Malassezia pachydermatis. We need to ensure we don't confuse the former (the disease) with the latter (the yeast). This fungus is located in the stratum corneum of the skin on cats. As a common bacteria in the skin of our cats, the presence of this yeast prevents the development of other fungi which might be pathogenic.

Infection may be located on the face, ears, groin, armpits, extremities, interdigital area and ventral part of the neck.

What Causes Malassezia Overgrowth in Cats?

This dermatological problem occurs when the Malassezia yeast grows uncontrollably. Under normal conditions, this overgrowth is inhibited by a number of factors, including:

This balance can be altered by certain conditions. Such conditions include excessive heat, humidity and a lowering of the cat's immune defenses. With regard to the latter, an excess of Malassezia in cats has been related to viral infections such as feline leukemia, feline immunodeficiency virus and feline herpesvirus. Thymomas, paraneoplastic syndromes and diabetes are also possible related conditions.

Cats which experience itching, as in cases of atopic dermatitis, are also at higher risk of Malassezia overgrowth. Similarly, those who experience itching due to external parasites such as fleas or ear mites or any itchy dermatological disease may be more affected.

Malassezia pachydermatis causes inflammation due to the release of metabolites of enzymes such as lipases that alter the hydrolipid sheet of the skin. At the same time, it presents surface antigens that generate an immune reaction. It also produces a proenzyme called zymogen that activates complement, which is a component of the immune system. The itch is produced by proteolytic substances released by the body before this process.

The clinical signs of malassezia in cats include:

Since the itchiness can seriously irritate the cat, they will do what they can to relieve it. This means they will often scratch their face, resulting in worsening the sores or creating new wounds (self-trauma).

Diagnosis of malassezia dermatitis in cats

A differential diagnosis for a cat that exhibits some of these clinical signs indicative of malassezia dermatitis could include the following:

Also, it’s important to note that many of these could be the original cause.

Malassezia dermatitis is diagnosed according to the cat's symptomatology and by means of cytology, i.e. looking at a sample under a microscope. Subsequent observation and analysis will reveal the yeast to be elongated and oval ‘shoe-shaped’ with a unipolar orifice. Observation of up to 2 yeasts in the field is considered normal. More than 4 or 5 yeasts per field, for a skin sample, and more than 10 if it is an ear canal sample, constitute a positive test.

Treatment of Malassezia infection in cats

Treatment of Malassezia infection is based on the use of antifungals, specifically:

In some cases, this alone will be sufficient to stop excess growth and the remission of sores. However, in other cases further action will be necessary to detect and treat the specific underlying causes of the excessive growth, and control the Malassezia through the use of medicated shampoos.

In the case of Malassezia otitis in cats, antifungals such as miconazole, nystatin or clotrimazole should be used in successive combinations with antibiotics and corticosteroids for secondary infections and itching.

Under no circumstances should the cat be self-medicated, since only a professional can diagnose the excessive yeast proliferation and determine the best treatment.

If you want to read similar articles to Malassezia Dermatitis in Cats, we recommend you visit our Infectious diseases category.

ESCCAP. Control of superficial mycoses in dogs and cats. Available at: http://www.esccap.es/wp-content/uploads/2019/04/guia2_2019.pdf

Toxoplasmosis in Cats
Mosquito-borne Diseases In Dogs
Cryptococcosis in Cats - Cryptococcus Infection
My Dog Has Paw Fungus - Causes and Treatment
Related categories
Hereditary diseasesMedicineHome RemediesDe-wormingOther health problemsParasitic diseases
Most read
1.
My Dog Is Bleeding from His Penis
2.
What to Do if My Dog has Something Stuck in his Throat?
3.
My Dog Keeps Licking Her Private Area - All Possible Reasons
4.
My Dog Has Pus Coming From His Penis
5.
My Dog's Poop Starts Solid Then Goes Soft
6.
Why Does My Cat Push Out His Penis and Lick It?
7.
My Cat Has Liquid Coming From Their Anus
8.
Why Is My Cat Vomiting White Foam?
My Cat Has Red and Swollen Gums - Stomatitis in Cats
Perianal Fistula in Cats - Treatment and Care
Monkeypox in Dogs and Cats - Contagion and Prevention
Signs of Rabies in Cats Eyes - Symptoms, Diagnosis, Prevention
Mastitis in Dogs
Metritis in Dogs - Uterine Infection Causes & Treatment
Ringworm in Hamsters - Symptoms, Causes and Treatment
Hemolytic Anemia In Dogs 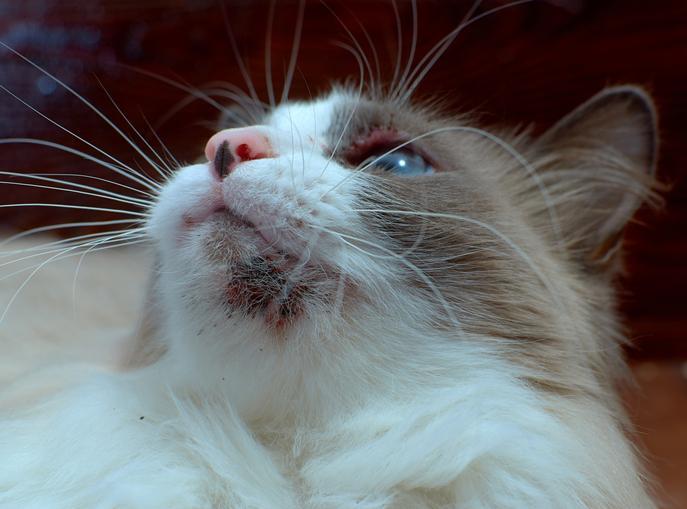 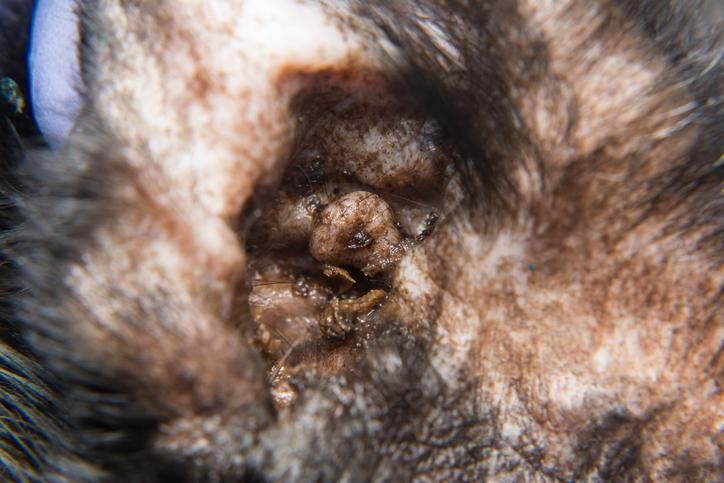 1 of 2
Malassezia Dermatitis in Cats
Back to top