My Cat Is Not Grooming Themselves Anymore

Cats are known for their self-grooming. It is rare we should see our cat be dirty since they spend such a large part of their day licking themselves clean, often in highly contorted states. While this can be amusing, it is also reassuring. It shows us the cat is healthy and ready to take care of themselves. Grooming behavior is instigated by their mothers who lick them when they are newborn. All healthy cats will continue to groom themselves throughout their lives, meaning it is worrying when they stop.

In this AnimalWised article, we explain why your cat is not grooming themselves anymore. In understanding this behavior, we can best know what to do to help them recover their grooming habits.

You may also be interested in: Can I Bathe my Rabbit?
Contents

Why do cats groom themselves?

Grooming in cats is not a hobby or a way to beat the boredom. It is a response to basic survival instincts. As soon as they are born, their mother will start to lick them to clean the amniotic fluids which are held in their birthing sac. Although they won't be able to do it themselves for some time, from the very beginning they are learning the importance of staying clean.

Most cats notoriously don't like water, although this is not the same for all. Regardless, bathing in water is not how they keep themselves clean. As they become an adult, licking themselves helps to remove dirt, debris and any other material which needs to be removed from their coat. They will also gnaw at tangles and dried in dirt when necessary.

In addition to maintaining hygiene and their coat quality, grooming provides the following benefits:

Cats sweat from their paw pads, but not from the surface of their body, lacking sweat glands in these places. For this reason, cats groom themselves to stay cool. When they lick themselves, they deposit saliva on their coat which evaporates in the sun, just as sweat does. This process allows the cat to thermoregulate themselves since they can't do it another way. In doing so they also avoid problems such a heat stroke in cats.

Protection against parasites and other external agents

The tongue of cats has tiny spines known as lingual papillae. These are very useful in getting dirt and germs from their hair, but is also helpful in removing parasites and other potential health threats.

Carrying out grooming behavior allows the cat to keep their coat and skin healthy. It also helps to stimulate blood flow which has numerous benefits. However, as they do it so much, they can ingest a lot of hair in the process, especially during molting season. This can promote hairballs and other diseases.

When cats groom themselves, they clean dirt and bacteria. This process also helps them to remove any unseemly smells which come with them. These are normal smells which are part of a cat's hygiene, but just as we can smell if we don't wash, cats will develop a foul odor if they neglect their grooming. This is a holdover from their wild past as strong body odor would make it easier for larger predators to track them.

When cats groom, they do it at a time when they are relaxed and are least likely to be disturbed. Licking themselves helps them to chill out. You will often hear cats purring when they groom, giving them a similar sensation to when their mother would lick them as a newborn. It is also why cats may start to overgroom themselves when they are anxious as they may struggle to feel calm.

Why is my kitten not grooming themselves?

Now we know why cats groom themselves, we can start to understand why might stop. When a kitten of only a few months of age stops grooming, it is important to know if they have been separated too early from their mother. Since a mother and siblings help them to know how to behave and interact, early separation can mean they have not been able to learn certain skills, including proper grooming.

The reason why a kitten may have not learned to groom themselves may include:

Why won't my adult cat groom themselves?

When a kitten stops grooming, it is usually because they have never properly learned the behavior. However, when an adult cat stops grooming themselves, something has changed. Although they may have groomed regularly before, if they stop all of a sudden, it means a problem has arisen. The nature of these problems commonly fall under the following categories:

What to do if my cat is not grooming themselves

When the problem of lack of grooming is caused by not having learned it from the mother, regardless of the cause, we can try to teach this behavior ourselves. So if you're wondering how to teach a cat to groom themselves, try the following:

Cats are very clean, so as soon as they see how clean the groomed area has become, many begin to clean themselves.

For adult cats or kittens which have stopped grooming, we need to understand the root cause of the problem. Once we do, we can address it. For example, if obesity is preventing the cat from grooming, then we need to restrict their diet and encourage exercise. Whatever we do, we need to take them to a veterinarian. This way we can diagnose the problem and ensure we don't misdiagnose ourselves.

The veterinarian will prescribe treatment according to the problem. If it is a bacterial infection causing them to lose energy, treating the problem with antibiotics may be the solution. However, in many other situations, the problem will require symptom management rather than direct treatment.

Now you know why a cat has stopped grooming, you can check out our article below which explains why a cat may lick themselves too much: 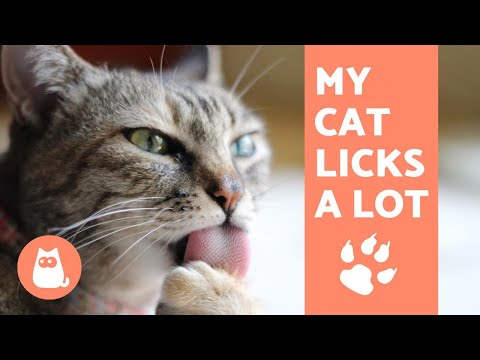 If you want to read similar articles to My Cat Is Not Grooming Themselves Anymore, we recommend you visit our Skin care category.

Can I Wash my Cat with Shampoo?
How to Moisturize My Dog's Skin
My Shar Pei Smells Bad
When to Bathe a Boxer Puppy for the First Time
Related categories
GeriatricsGestationEye careHeatNail careDental hygiene
Most read
1.
When Does a Dog Go Into Heat After Having Puppies?
2.
Third Eyelid Showing in Cats - Causes and Treatment
3.
Can You Touch Newborn Puppies?
4.
Why Is My Pregnant Dog Not Eating?
5.
Dog Pregnancy - Week by Week
6.
How do Horses Mate? - Horse Reproduction
7.
How to Control a Male Dog Around a Female in Heat
8.
Possums as Pets: General Guidelines and Tips
Homemade Flea Treatment for Kittens
Is Sea Water Good For Dogs Skin?
Home Remedies for Ticks on Horses
Why Do You Give Chinchillas Dust Baths?
Caring for a Molting Canary
How To Treat A Dog’s Paw Pad Injury
Aloe Vera for a Dog's Paw Pads
Molting or Shedding in Ferrets

1 comment
Rating:
Doreen
20/06/2022
My cat is an older cat and recently stopped grooming herself not long after getting groomed .she has since gotten terrible matting I was wondering if it could be from something they used that she doesn’t like and if so how to address this ?
Thank you

If the cat has stopped grooming (especially if they are longhair), it will likely lead to matting. Without maintenance, it happens naturally. We can't tell you whether the groomer had anything to do with it, there are too many variables. If the cat is entering her senior years, she may be slowing down in many areas. There is the possibility of pathology or even parasitical infestation, but you will have to speak to a vet for diagnosis.
My Cat Is Not Grooming Themselves Anymore 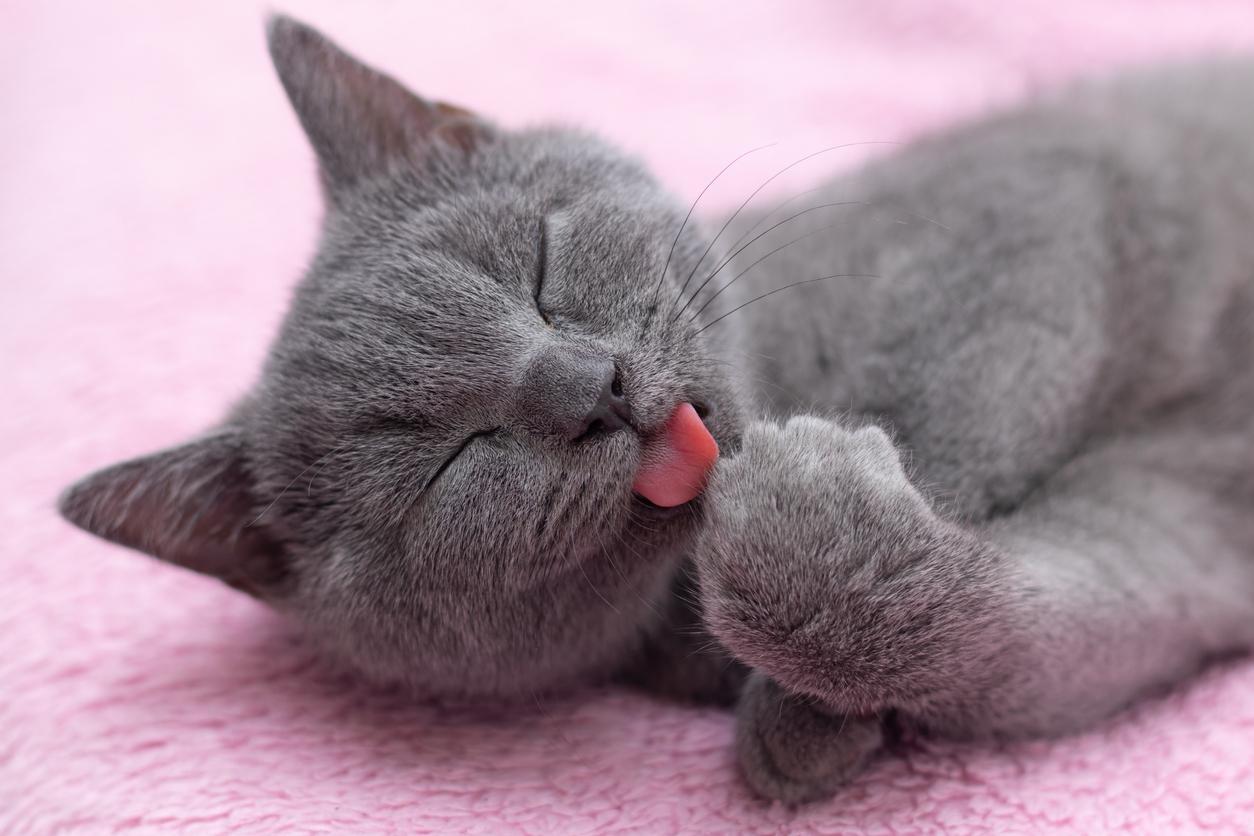 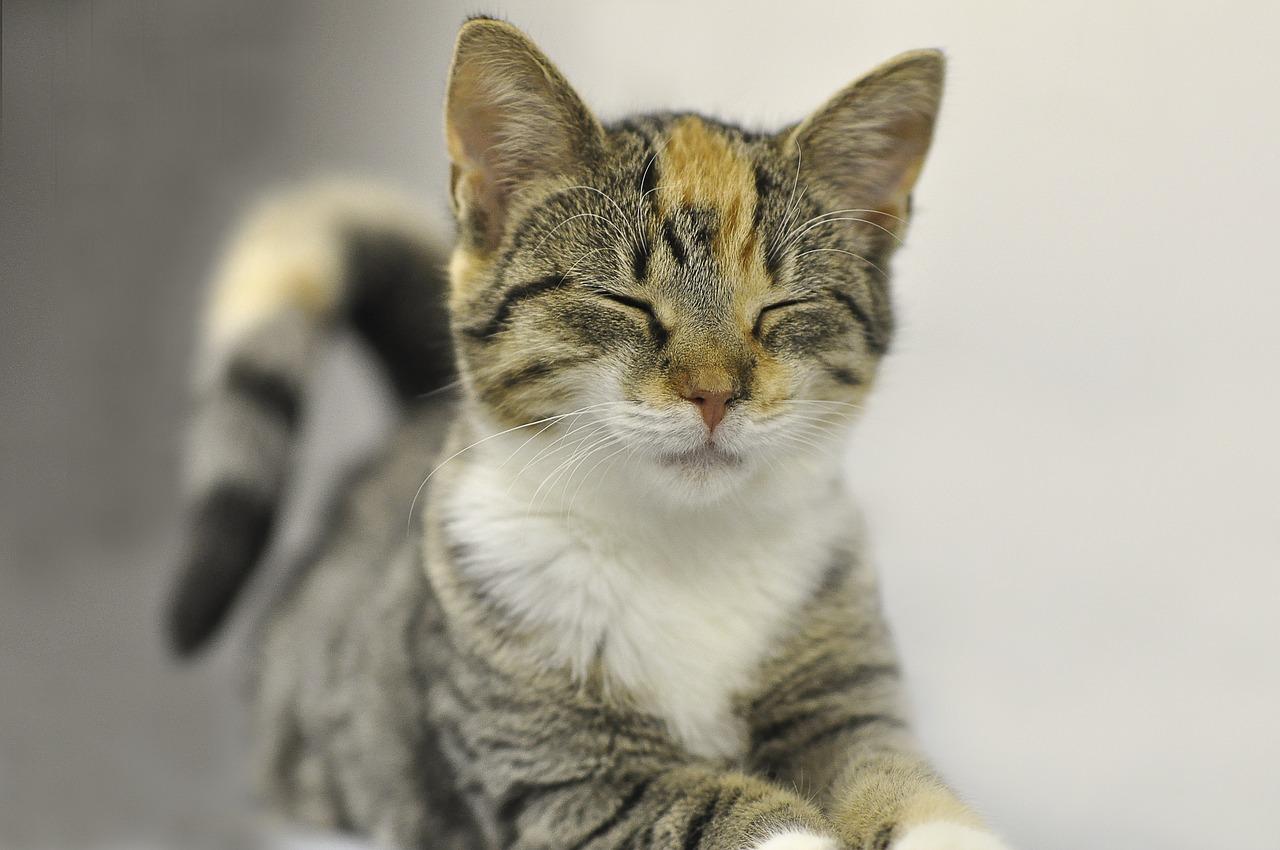