Dogs often suffer from rhinitis, an upper respiratory tract disease that involves inflammation of the nasal mucous membranes or other damage to the nasal mucous membranes. Viral infection is the most common cause of sudden rhinitis or sinusitis in dogs. The most common signs of rhinitis include nasal discharge, sneezing, snoring and labored breathing.

In this AnimalWised article we will explain what is rhinitis, what are the most common symptoms and what is the most effective treatment.

You may also be interested in: Snuffles (Pasteurellosis) in Rabbits - Causes, Symptoms And Treatment
Contents

What is rhinitis in dogs?

Rhinitis is a reaction that affects both humans and dogs, causing a stuffy nose, runny nose, sneezing and itching. Most types of rhinitis are caused by inflammation and are associated with symptoms in the eyes, ears, or throat. Dogs with longer noses and skulls (such as the border collie or the greyhound) are most prone to rhinitis. Furthermore, brachiocephalic breeds (such as the bulldog, or the pug) are susceptible to pollution-induced tumors that can cause rhinitis.

There are several types of rhinitis, these include:

Having a runny nose for a dog can be due to something as simple as excitement to see you. However, it can also be a serious health concern. Keep reading this article to learn more about the possible causes of a runny nose in dogs.

Anatomy of the nasal region of the dog

Inside a dog's nose is the nasal cavity, which extends across the entire snout. It is divided into two nostrils that can be easily seen with the naked eye and that eventually open into the dog's throat. The nasal cavity of dogs is very sensitive and bleeds easily due to the heavy blood flow. In addition, the nasal cavity extends into the so-called frontal and maxillary sinuses. This is why any infection that affects the nasal cavity can easily spread to the sinuses.

The mucous membrane covering the nasal region is highly perfused and serves as a protective barrier to keep the area from being invaded by bacteria or other irritating substances. The secretion that initially comes out of the nose may be due to the presence of an irritating substance, which is usually also indicated by sneezing.

Causes of rhinitis in dogs

There are many causes of rhinitis in dogs. Rhinitis is usually caused by viral infection, especially parainfluenza virus, herpes virus, and adenovirus. Although bacterial infections are also common, they do not usually cause rhinitis on their own. Rhinitis can also be caused by an allergic reaction or if the dog has suffered trauma to the nose.

However, in older dogs, rhinitis is more likely to be related to the presence of tumors or infections in the mouth. In these cases, nasal secretions are typically confined to a single nostril. In addition, this secretion may contain blood. As we have already said, any runny nose that persists must be treated by a veterinarian.

Reverse sneezing in dogs is a condition that can occur in all dogs and immediately raises alarm among tutors. If you notice that your dog seems to choke when they sneeze, check out this article on reverse sneezing.

Symptoms of rhinitis in dogs

Rhinitis, as we mentioned before, is an inflammation of the nasal cavity characterized by symptoms such as:

You should contact your veterinarian if you notice any of these symptoms, especially if they persist for more than a day.

Since dogs perceive the world through their sense of smell, their nose is one of the most exposed parts of their body. If you notice that your dog is constantly rubbing his nose, it could be a cause for concern. Continue reading this article to learn about the possible reasons why sometimes dogs scratch their noses all the time.

Diagnosis and treatment for rhinitis in dogs

Given the symptoms of rhinitis, the veterinarian will perform the appropriate tests to determine the cause of the inflammation. Because rhinitis can be caused by a variety of factors, it can be difficult to diagnose and treat. Your veterinarian will need to take blood samples and perform laboratory tests, such as a nasal culture or tissue biopsy. An x-ray is needed to diagnose foreign bodies or tumors that cause rhinitis.

Rhinitis is treated in different ways depending on its cause.

In the case of allergic rhinitis, the dog should be kept away from the substances that trigger the reaction in the first place. However, sometimes it is difficult to avoid contact with allergy-causing substances, which are also becoming more common. Therefore, treatment consists of controlling the symptoms, identifying the allergen by skin testing, and in some cases, immunotherapy, i.e., administration of specific vaccines.

If you want to read similar articles to Rhinitis in Dogs: Types, Symptoms and Treatment, we recommend you visit our Breathing diseases category. 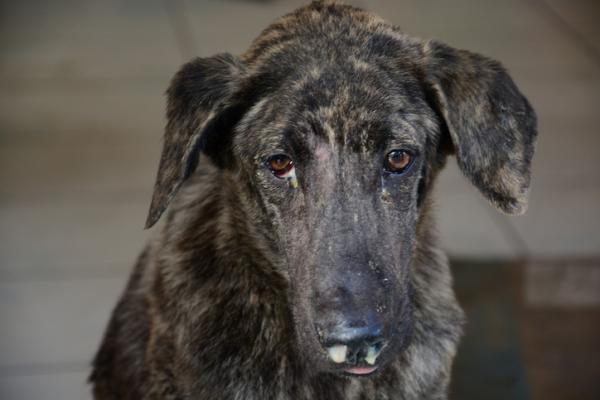 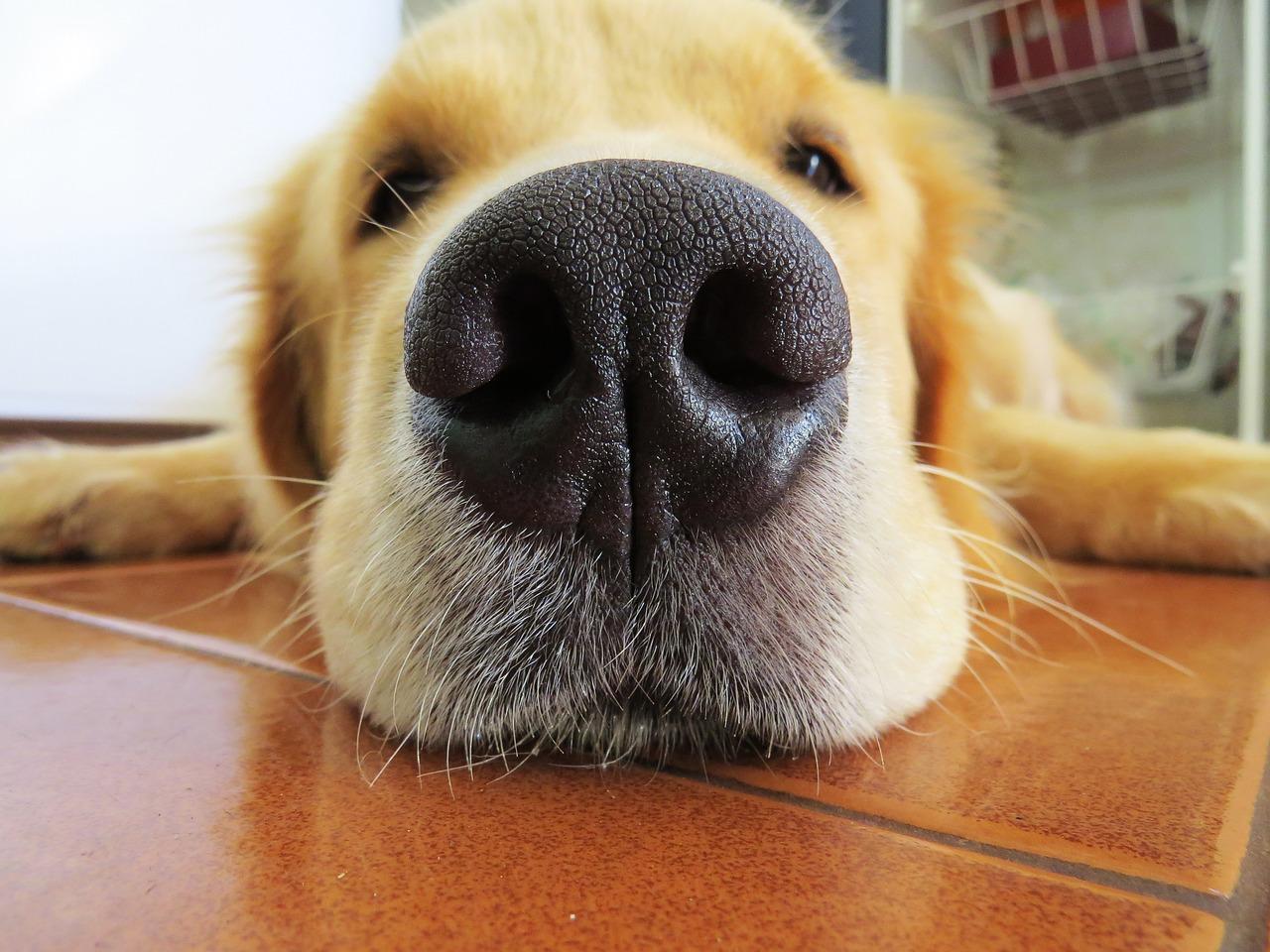 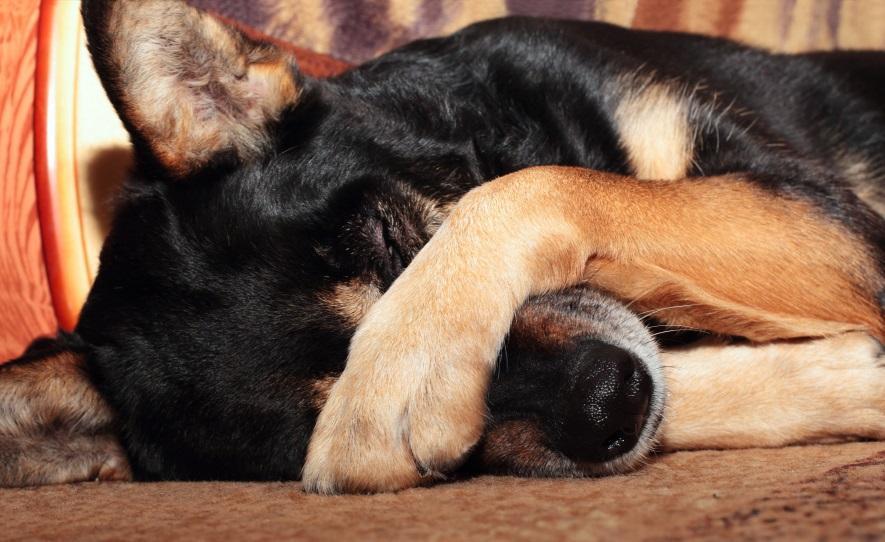 1 of 3
Rhinitis in Dogs: Types, Symptoms and Treatment
Back to top