My Male Dog Has a Swollen Nipple

By Matthew Nesbitt, Journalist specialized in animal research. Updated: May 19, 2022 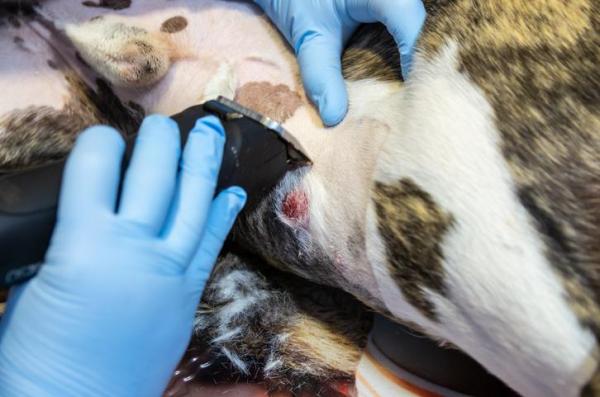 Although they often go unnoticed due to their relatively small size, male dogs also have nipples. Female dogs use their breasts once they give birth to puppies. Although males do not perform this reproductive function, they also have mammary gland tissue which can be very sensitive. As with any tissue of a living organism, male dogs can suffer injury or disease to their mammary glands. Often, the swelling of the dog's nipple will first alert us to a problem.

This AnimalWised article discusses what might have happened if your male dog has a swollen nipple. We look at the causes and treatment of swollen dog nipples and the importance of monitoring any changes in our dog's appearance, even if the problem appears to be subcutaneous, i.e. under the skin.

You may also be interested in: My Dog has a Swollen Throat
Contents

It is understandable we might more associate breast cancer in dogs with females as mammary gland tumors are relatively rare in male dogs[1]. Females which have not been sterilized are particularly prone to this disorder. Dogs which have not been spayed are also more likely to suffer other problems such as bleeding from the vagina. This is partly due to the release of hormones from the reproductive organs which are removed in spayed bitches.

When male dogs are castrated, they will not produce as much testosterone, but this has little effect on breast tissue. Despite this fact, it is possible for a male dog with a swollen nipple to have a tumor related problem. The relatively few cases of mammary gland tumors which have been recorded in males generally affect senior dogs over the age of 10 years. In the vast majority of these cases the tumors will be benign.

Tumors in a dog's nipple or breast will present as lumps which are usually subcutaneous, i.e. under the skin. It is possible for the skin to ulcerate, so you may see broken skin on the nipple. We should not wait for them to grow further, but take them to the veterinarian as soon as possible.

Especially with bitches, the most common form of treatment is surgical removal of the tumor. Before this occurs, a biopsy of the inflammation is usually taken. It can then be analyzed to determine the type of tumor and inform the course of treatment. It is important to remember that benign mixed tumors affect the mammary glands and soft tissues more than other areas[2]. This means if your dog's nipple is swollen, while possible, it is statistically unlikely to be life-threatening.

The inflammation of breast tissue is known as mastitis in dogs. This often affects female dogs during lactation due to the abrasiveness of the puppies' suckling. Two types of mastitis have been observed, galactostasis and acute septic mastitis. Both cases require the intervention of the veterinarian.

In the case of galactostasis, there is an accumulation of milk that swells the breasts, causing pain and heat. It can occur both during lactation and phantom pregnancies. For this reason, galactostasis is not possible to happen in male dogs.

In acute septic mastitis, there is an infection or abscess in one or more mammary glands. The inflammation is caused by bacteria that enter the inside of the breast through a wound or other opening present on the skin. The result is an infection which abscesses and causes the wound to worsen. In cases of infection and in addition to having a swollen nipple, the dog may display symptoms of:

Although mastitis can occur in a male dog if they have an swollen nipple, it is rarely for this reason. However, there could be an abscess present for another reason. An abscess causes a build-up of pus under the skin due to infection, leading to swollen dog nipples. The resulting lump or swelling could be the consequence of:

Abscesses must be examined by a veterinarian. If the build up of pus is extensive, they may need draining. In the case of foreign bodies which have entered the skin, they will need to be removed. A course of antibiotics may need to be prescribed if the infection is advanced.

As you can see there are various reasons why a male dog will have a swollen nipple, but an infection leading to abscess is one of the most common. These can vary in severity, but are usually very treatable and don't necessarily indicate a serious problem. We also need to be careful and ensure the swelling is in the breast or nipple tissue. In some cases, the swelling could be in the abdomen and indicate a serious issue such as bloat.

If you see seepage from the dog's nipple, you can look at our article on why your dog's nipple is leaking for more information.

My male dog has a black nipple

While a male dog having a swollen nipple is not necessarily a causes for concern, if they are turning black it may be due to hyperestrogenism. As the name suggests, this is due to excess levels of estrogen. This can occur when there is an overproduction of these hormones in the dog's testicles. This issue is associated with testicular tumors and occurs most frequently in specimens which are over the age of six years.

Symptoms which indicate hyperestrogenism include enlarged mammary glands and nipples, as well as discoloration. If your male dog has a swollen nipple, it is possibly due to this problem. You may also notice the foreskin becomes enlarged and there are symmetrical changes in the skin and hair, especially in the genital region. There is often dryness in the skin and accompanying alopecia where the dog's hair falls out. The darkening of the skin may extend to the nipple, causing it to turn black. Treatment is usually castration.

Other causes of swollen nipples in male dogs

While the above reasons are more specific for a male dog to have a swollen nipple, there are other common skin issues which may lead to this problem. They include:

These issues can affect male or female dogs equally. If you are in any doubt, contact your veterinarian to achieve a suitable diagnosis of the problem in your dog.

If you want to read similar articles to My Male Dog Has a Swollen Nipple, we recommend you visit our Other health problems category.

My Male Dog Has a Swollen Nipple 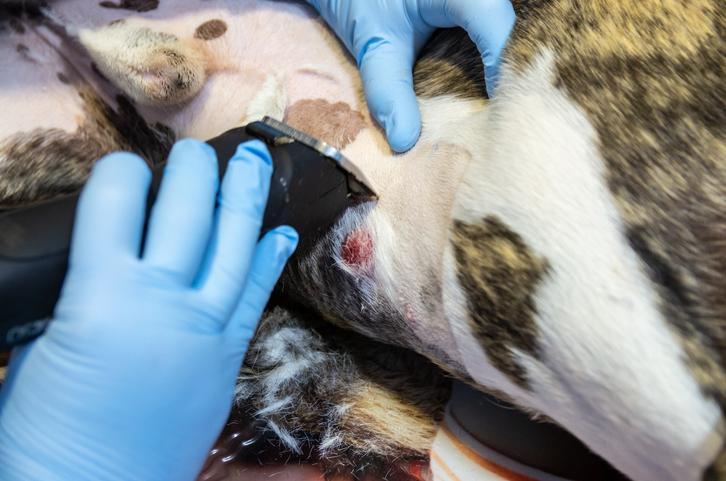 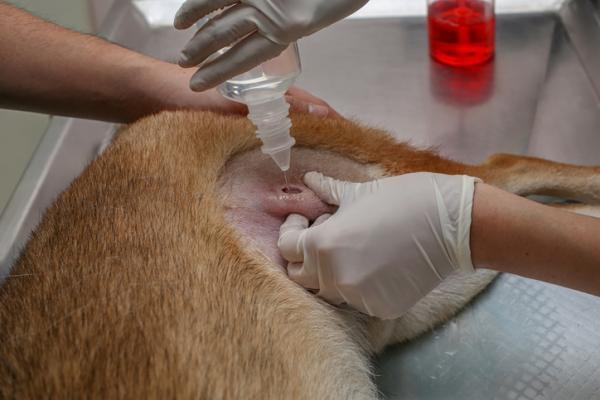 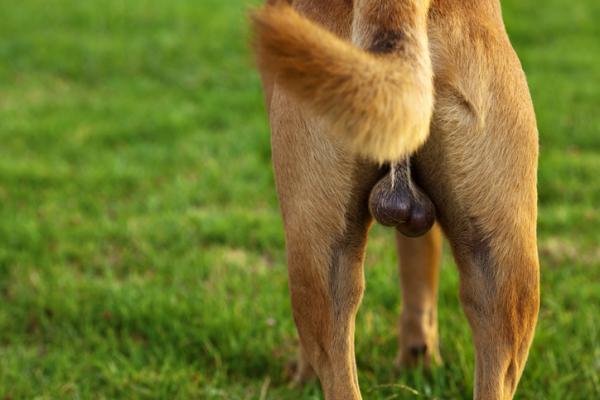