My Dog’s Paws Are Swollen - Causes and Treatment

Swelling of your dog's paws is a sign that your pet may be suffering from an underlying condition that requires medical attention. There are many possible causes of swollen paws related to changes in various organs, devices or systems. Analyzing how the swelling occurs and develops will help diagnose and determine the most appropriate treatment.

In the AnimalWised article below, you will find more information on the causes, symptoms and treatment of swollen paws in dogs. We also explain how to prevent your dog from developing leg swelling.

You may also be interested in: My Cat's Paw Is Swollen
Contents

Causes of swollen paws in dogs

The causes that can cause the swelling of the paws and limbs of dogs are varied and can be related to different organs, devices and systems. In this first section, we collect the main causes of swollen paws in dogs.

Edema is a pathological accumulation of fluid in the interstitial space and in organic cavities (e.g., in the abdomen or thorax). When edema occurs at the level of the extremities, it is called peripheral edema. Generally, swelling begins in the distal region of the limb (i.e., the area farthest from the animal's trunk) and progressively spreads toward the proximal region (the area closest to the animal's trunk).

The causes that can cause edema are numerous and can affect different organs. Below, we describe the most important ones:

Lymphedema is defined as an accumulation of fluid in the intercellular space due to a malfunction of the lymphatic system. It may be caused by congenital abnormalities that affect the lymphatic system or may occur secondary to other pathologic processes such as neoplasms, inflammation, trauma, or infection.

The main clinical sign of lymphedema is swelling of the affected area. As with edema, the swelling begins in the distal portion of the limb or paws and spreads to the proximal portion as it progresses. Specifically, in dogs, the hind limbs and paws are more commonly affected.

Arthritis is an inflammatory process that affects the joints, especially the articular cartilage and synovial membrane. Arthritis can be caused by pathogenic microorganisms (such as bacteria and mycoplasma) or have a non-infectious origin, as is the case with rheumatoid arthritis or immune-mediated arthritis associated with chronic inflammation, leishmaniasis, or neoplasia.

In arthritis, thickening or swelling is observed only at the level of the affected joint, unlike in cases of edema or lymphedema, in which the swelling gradually spreads throughout the body. In addition, arthritis usually presents with other clinical signs such as limping, abnormal gait, heat, and pain on palpation.

If you want to learn more about arthritis in dogs, do not hesitate to take a look at this other article we recommend.

Allergic reactions caused by the sting of some insects (such as bees, wasps, or spiders), as well as allergies to certain medications (especially vaccines), can cause inflammation and swelling of the face and body, including the extremities. In these cases, the swelling is often accompanied by itching, redness of the skin and papules.

There are some diseases of skeletal development that can cause thickening of the extremities. One of the most important is metaphyseal osteopathy, also called hypertrophic osteodystrophy.

It is a pathology that mainly affects puppies of large breeds, such as Weimaraners or Great Danes, between 3 and 7 months of age. It is usually associated with inadequate feeding of the puppies (due to overfeeding, excess protein or calcium), although it also seems to be related to quadrivalent vaccination and distemper virus infections. It usually involves the metaphyses of the long bones such as the ulna/radius or tibia. In addition to the swelling at the level of the bone metaphyses, pain, fever, and anorexia may be observed.

In dogs, bone tumors can be divided into two major groups:

Regardless of the specific type of bone tumor, swelling around the affected bone and varying degrees of lameness may occur.

At this point we must mention a pathology that does not have a tumor origin, but is very similar to a tumor. It is hypertrophic osteopathy, a disease in which there is a proliferation of the outermost layer of bone (periosteum). It usually occurs in response to pathology in another region of the body (e.g., lung tumors, granulomas, or dirofilariosis), although its pathogenesis is not entirely clear. The good news is that the bone lesions disappear once the primary cause is removed.

Inflammatory processes at the level of the soft tissues of the extremities can lead to focal swelling. Unlike other processes in which more extensive or generalized thickening occurs, a well-defined nodular swelling is observed in these cases.

Depending on the chronicity of the inflammatory process, we can make a distinction:

Similarly, trauma from falls, blows, being run over, or dog fights can cause swelling of the extremities due to the inflammatory process resulting from the trauma. When these traumas result in a fracture, the inflammation of the soft tissues surrounding the broken bone is even more noticeable.

Symptoms of swollen paws in dogs

In the first part of this article, we talked in general about the different causes that can cause swelling on the paws and legs of dogs. However, swelling occurs and develops differently in each process. In this way:

How to prevent swollen paws in dogs?

Unfortunately, many of the causes that can lead to swollen paws in dogs, such as tumors, allergies or immune-mediated processes, cannot be prevented. However, there are other pathologies associated with this sign that can be avoided through a series of preventive measures:

What should I do if my dog's paws are swollen?

As we have explained in this article, there are numerous causes that can cause paw swelling in dogs. Some of them are associated with mild and transient processes that resolve spontaneously or with symptomatic treatment.

However, other processes can become serious and endanger the life of the animal. Therefore, if you notice that your dog has swollen paws and he or she is limping, it is important that you go to your trusted veterinarian. With a proper diagnostic protocol, you will be able to determine the cause of this change and establish a treatment for swollen paws that is appropriate to the cause.

If you want to read similar articles to My Dog’s Paws Are Swollen - Causes and Treatment, we recommend you visit our Other health problems category.

My Dog’s Paws Are Swollen - Causes and Treatment 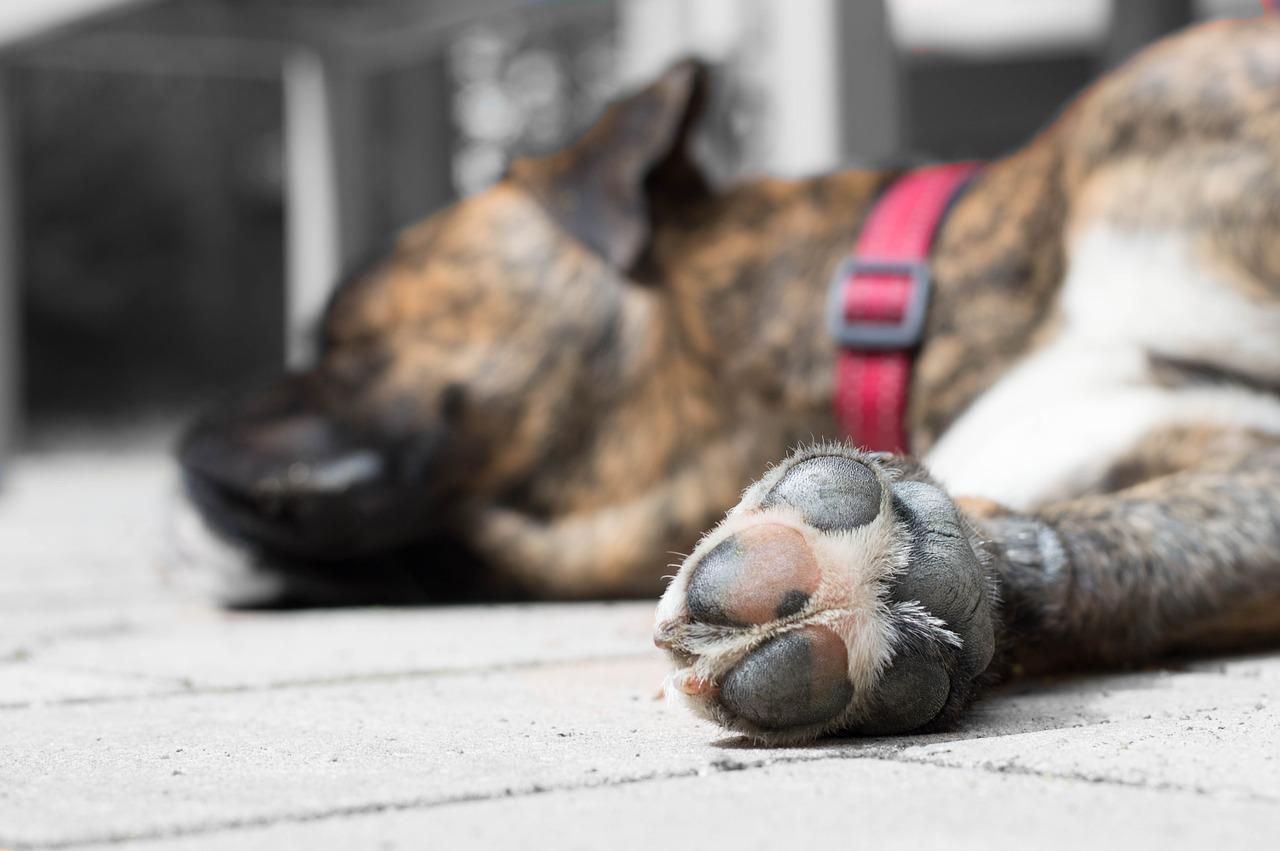 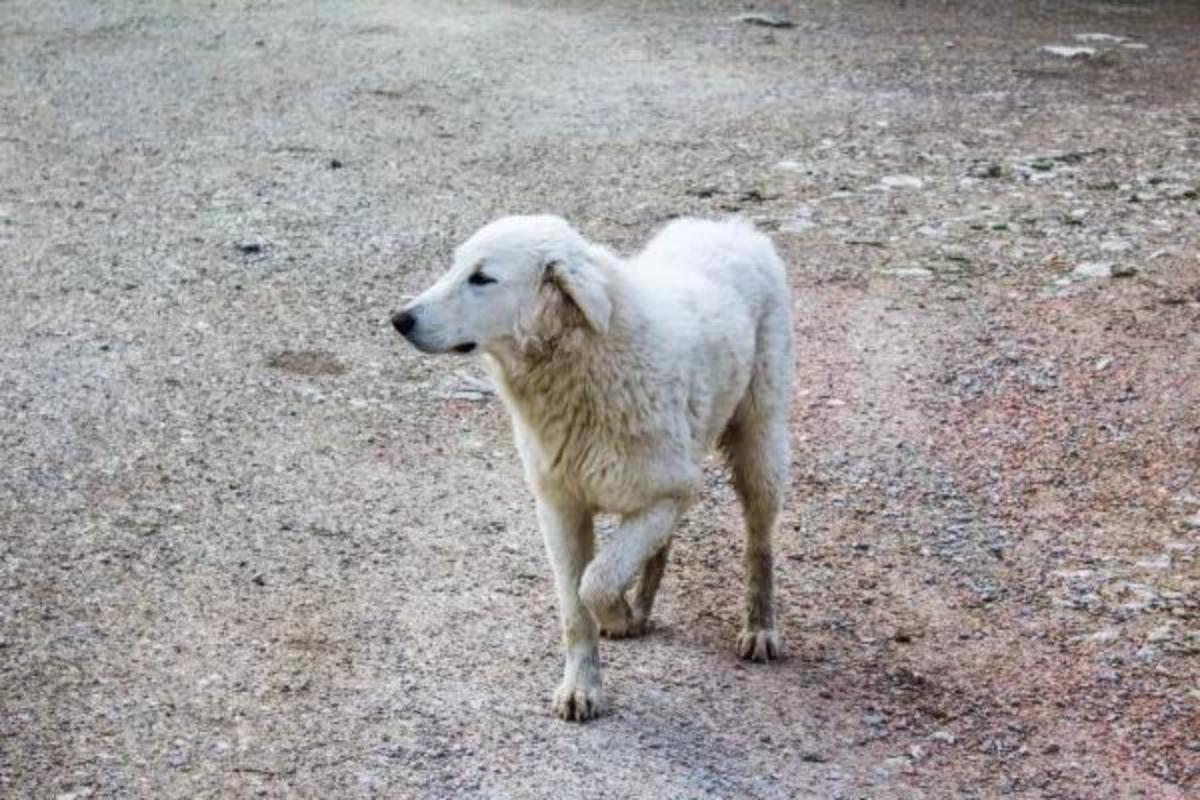