Animals have many ways of communicating with each other. This may be through sight, sound, body language and smells. Humans share these methods of communication, but one which has yet to be verified by a peer reviewed study is our use of pheromones. The same cannot be said for cats as scientists have been able to isolate pheromones in felines. These are emitted by glands on their face and other parts of the body such as their paws. If we live in a ‘multi-cat’ household, then pheromones are likely flying all over the place, even if we cannot detect them. This can be helpful, harmless or hurtful, depending on the type and use of the peheromones.

Scientists have used the isolation of these pheromones to create synthetic versions to be used by pet owners. AnimalWised looks into pheromones for cats and weighs their effectiveness as well as different uses.

You may also be interested in: Does My Cat Hate Me?
Contents

What are cat pheromones?

Pheromones are biological chemical compounds which are mainly formed by fatty acids. They are produced inside the body and are secreted to the outside via glands or as part of bodily fluid such as urine. They are designed to behave like hormones which affect behavior. Instead of being produced and used inside the body, they are secreted outside the body so that they may act like hormones on another cat. They are chemical signals which when received by another, act to influence their social or reproductive behavior. Some are released continuously into the environment, others at specific times and places.

Pheromones are pervasive in the insect world as well as other vertebrates. They are also known to exist in crustaceans and molluscs, but birds appear to not have them. They are used for various purposes such as sexual signalling, showing aggression, marking territory and raising alarm. However, there is much we do not know about them, so there are likely many signals of which we are yet to discover.

Why do cats rub their heads? (feline facial pheromones)

Cats receive pheromones via a special sensory device located on the palate called a vomeronasal organ. Have you ever noticed your cat pausing a little when it smells and they open their mouth a little. This is the moment at which the cat senses the pheromones, opening their mouth to best receive them.

The glands which secrete the pheromones are found in different areas of the head such as the cheeks, chin, lips and whiskers. These glands exist in both dogs and cats, with the dog having two more on the outer ear and in the ear canal itself. In felines, five different pheromones have been isolated and located to the sebaceous secretions of the cheeks. Currently, we only know the function of three of them. These pheromones are used in the behavior of territorial marking and in certain complex social behaviors.

The cat will mark areas which they consider their territory by rubbing their head against certain objects. In doing so, they deposit the pheromone on the object as a marker. This means the next time they walk by, they can smell their own scent and know that they are in ‘familiar’ territory. If they don't they will know to be wary. You will notice, they will also rub themselves against you. This is a sign of trust and affection towards you, but it is also a sign they consider you their property.

As part of their sexual behavior, males will want to attract females in heat. The male will often rub their head on places where they believe receptive females will be and leave a different pheromone. This one is designed to attract the female for copulation. It has been found that sterilized animals have a minimal concentration of this pheromone.

Other pheromones in cats

In addition to these facial pheromones, others have been distinguished. They are believed to be used for different purposes:

Feline aggression is a common problem and has been well-observed by feline ethologists. It is serious as it effects the welfare of the cat themselves as well as the emotional and physical integrity of other animals. A cat at home will only have a healthy state of well-being when they can happily share their space with other animals and humans. They are not very tolerant of the presence of other felines in enclosed spaces.

Feral cats often live in social groups which are matrilineal (i.e. those which can trace heritage from the mother and still have females in the group). Young males usually leave the group, but as adults may overlap their territories if they are tolerant of each other. They will recognize the pheromones, but know they are from the same family line and feel secure. In general, feral cats will defend their territory aggressively and will not usually let another adult cat join.

Feral cats have territories which usually consist of somewhere between 0.51 and 620 hectares[1]. A housecat has a much more limited territory, theirs being delineated by the limits of the home (walls, doors, garden, etc.). If there are two cats that live in a house together, they must share space, time and resources, tolerating each other without aggression.

In the case of aggressive cats, there is believed to be a an aggression related ‘marker pheromone’. It is has been observed that cats which live together or live with other pets, presence of this pheromone reduces the likelihood of aggressive behavior. This is the same when cats live with humans. The pheromone is sprayed on areas or even people and is sometimes put into a diffuser to send out into a room. These generally promote a calm environment and reduces stress, as has been found in certain studies such as those carried out by Griffith, et al. (2000)[2]. However, further study is required to determine the full efficacy of synthetic feline pheromones. Also, consulting your veterinarian is advised before using this product.

Scientists have tried to harness the mood altering effects of pheromones on cats to calm them. One natural substance which is used for this purpose is catnip. Catnip comes form the plant Nepeta cataria. This plant attracts about two thirds of cats, the reason for this being genetic. There are other plants which can attract the others such as valerian root. The effects on the cat are a general state of bliss, considered by some to give them a ‘high’. However, this state is not long lasting and will often dissipate after about 10 minutes. Different cats may experience different effects and there is a period after which more catnip will be ineffective, the duration of which is also variable.

To use the herb, we can rub it on different pieces of furniture or put in scratching posts to get them to stop scratching furniture. It should relax the cat during periods of hyperactivity. There are synthetic pheromones which have been made by different developers. They are used in sprays and appear to have some efficacy (as described above), but they may vary according to quality.

If you want to read similar articles to Pheromones for Cats, we recommend you visit our Facts about the animal kingdom category.

My Cat Rubs Their Face on Everything
Why Do Cats Headbutt You?
Why Do Cats Disappear for Days at a Time?
Why do Cats Roll on the Ground?
Related categories
Endangered animals
Most read
1.
What Animal am I According to my Zodiac Sign?
2.
10 Most Beautiful Animals in the World
3.
What Does It Mean When a Cat Shows Up at My Door
4.
The 10 Most Solitary Animals in the World
5.
Top 10 Smells Dogs Hate
6.
Why do Dogs Get Stuck when Mating?
7.
How Many Types of Lions Are There?
8.
My Female Dog In Heat Won’t Accept A Male - Causes
Can Cats Sense our Fear?
Furniture for Cats
My Cat Opens Their Mouth When Sniffing - Flehmen Response in Cats
Can Cats Absorb Negative Energy?
Why do Cats Rub Against Your Legs?
How Do Animals Communicate With Each Other?
Can Dogs Predict Death?
Sense of Smell in Cats - Why is scent important to cats?

1 comment
Rating:
Dayle
13/11/2020
In a situation of introducing a new cat to an established cat in a home, how long do pheromones usually have to be used - or are they needed for life?

If you are using them for the purpose of introducing a new cat, then use them until the cat is comfortable in their new surroundings. However, they can be used for any time the cat is anxious or stressed, so keep them handy for the future. 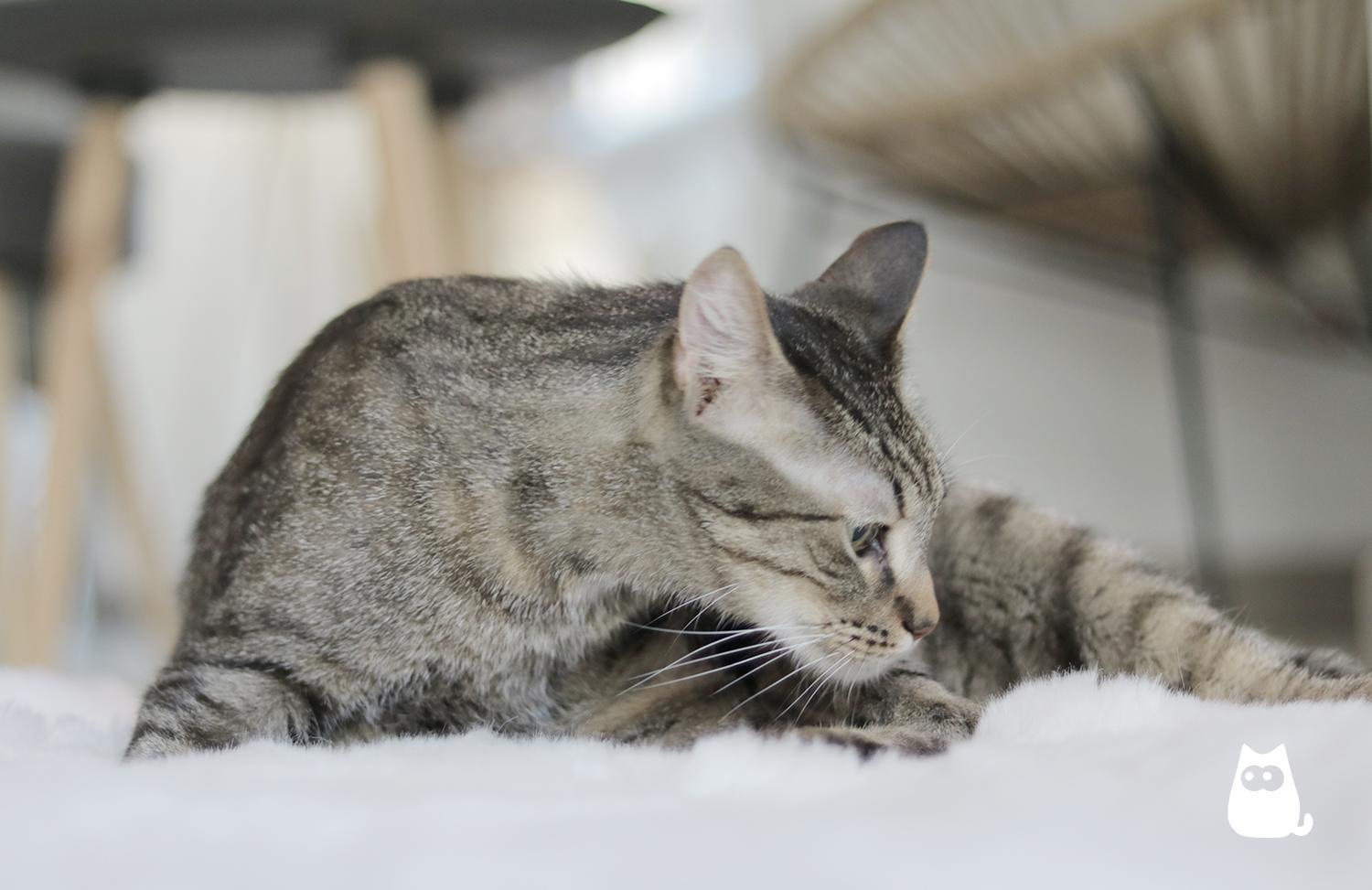 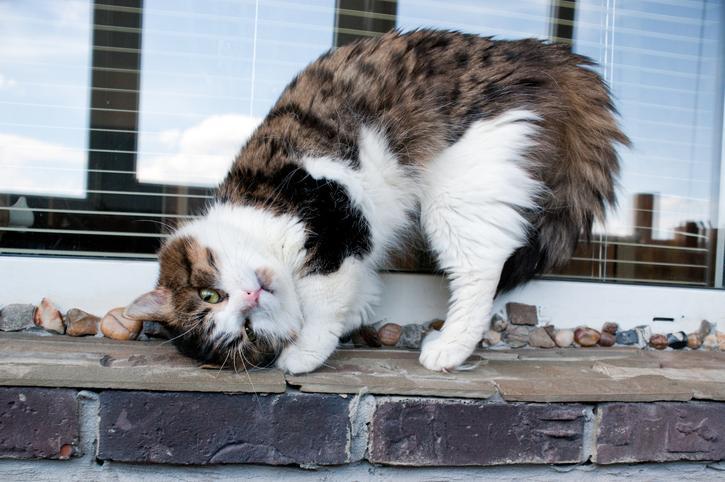 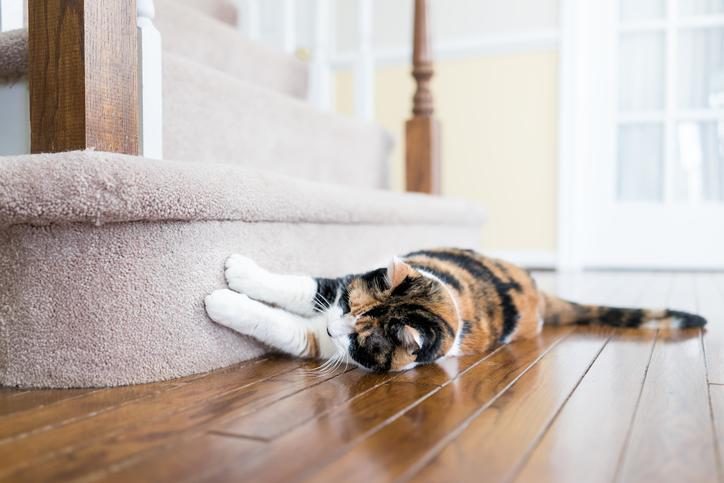 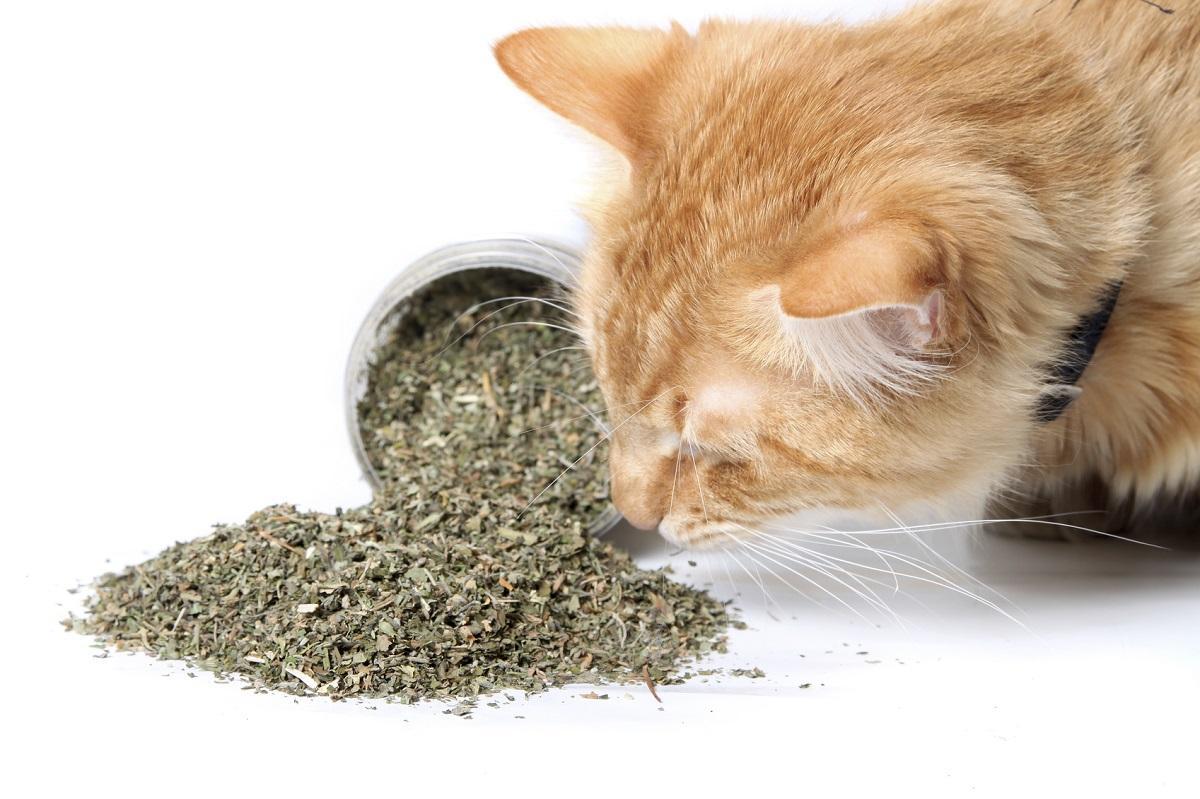 1 of 4
Pheromones for Cats
Back to top