Are There Animals That Don't Sleep?

In a previous article we have looked at the animals that sleep the most. Often due to slow metabolism, these animals need a lot of rest to conserve their energy and survive. On the other hand, some animals seem to never sleep or at least we have seen little evidence of it. But are there animals that don't sleep? Different factors influence the amount of rest an animal will need. Contrary to what many still believe, brain size is not seem to be related to this amount. At AnimalWised, we bring you the 12 animals that don't sleep or sleep very little.

You may also be interested in: 15 Animals That Sleep A Lot
Contents

Are there animals that don't sleep?

Before meeting the animals which sleep the least, it's important we answer the question the title of this article poses: are there animals that don't sleep? While it may seem like some animals don't need rest, there are none that don't need to restore their energy through periods of inactivity. Whether this means they don't sleep is a question of definition.

Sleep can generally be defined as a period of relatively inactivity which is different from wakefulness, i.e. alert consciousness. In human beings, sleep “serves critical roles in brain functions including neurobehavioral, cognitive and safety-related performance”, as well as being “critically involved in systemic physiology” such as apetite regulation and metabolism[1].

For animals, similar processes are taking place in terms of metabolism and neurobehavior. However, they cannot necessarily sleep in the same way as humans. This is because they are affected by various other factors, including:

For the above reasons, most companion animals are better able to sleep than their wild counterparts. They have the security provided by their guardians and a controlled ecosystem which is conducive to sleep. The problem with wild animals is that sleep makes them very vulnerable to predators and environmental dangers. This is why many wild animals will sleep for short periods rather than one long sleep common to human sleeping patterns. This is a behavior which most domestic animals still display.

The ecosystem is also very important. Inclement weather, extreme temperatures and even finding a comfortable place to rest can make sleeping difficult. Even breathing can be a problem. Not all animals which live in water breathe through gills, but they need to rest regardless. This can be problematic when trying to sleep, something nature has accounted for in ingenious ways.

Some people associate dreaming with sleep, but the extent to which animals dream is one which is not fully understood by science. This is because we compare it to human consciousness and the necessity for REM sleep. However, various studies have shown many animals enter some form of REM sleep, even if they have different states of consciousness. Even insects have been shown to have periods of relative inactivity which can be defined as some type of sleep.

For this reason, it is unlikely there are no animals which do not sleep at all, especially complex multicellular organisms. However, there are still doubts over certain animal species such as sea sponges or plankton. We are also still discovering animal species every day, so it is possible there are animals that don't sleep, but we have not yet found them.

What we do know for sure is that there are many animals which sleep very little. Here we present to you 12 of the most fascinating and provide some further information on their sleeping habits.

Animals that don't sleep much

In this list of animals which don't sleep very much, there are some which have very little activity for obvious reasons. Others might have some specific needs which aren't quite as apparent. A lot of this has to do with their environment and even their own morphology. Let's take a look at our list of animals that don't sleep much:

The giraffe is one of the tallest animals that don't sleep much. They only dedicate around 2 hours per day to sleep, but only in sessions of about 10 minutes at a time distributed throughout the day. The reason for this is their need to protect themselves from predators. When the giraffe is asleep, they are vulnerable to many predators on the African savannas such as lions or hyenas. Their body shape also menas they cannot lie down, so they sleep standing up with their neck curled against their back.

The wild, horses are another animal which sleeps on their feet, again helping them stay protected from attack. Horses sleep a little more than giraffes at about 3 hours per day. They can only achieve NREM sleep, i.e non-rapid eye movement sleep.

However, a horse's sleep behavior changes in the relative security of domestic environments. In captivity, horses can lie down to sleep and only then will they reach the REM stage. During this time, they are better able to consolidate learned behavior. For more information, take a look at our article on how horses sleep.

Sheep are a type of ungulate animal, meaning they have hooves for feet. They have been domesticated by humans since ancient times and they stand out for their gregarious nature. They are mainly diurnal creatures, but are they an animal that doesn't sleep for long?

Sheep only sleep for an average of about 4 hours a day. Despite their long domestication period, they are still easily disturbed even in captivity. They will wake very easily, so sleep can only occur when the conditions are optimal. They are often in a pasture which makes them vulnerable to wild predators and any strange sound can disturb their sleep immediately.

The donkey is another animal that sleeps standing for the same reason as the horse and giraffe. A maximum of only 3 hours a day is dedicated to this activity. Like the horse, they can lie down to achieve a deeper sleep.

The first on our list of animals that don't sleep much which lives in water is the great white shark. As with many other shark species, the great white shark sleeps while moving. Unlike the previous animals on the list, they do not do this because of predation by other animals. The reason has to do with respiration.

As a fish, the shark has gills to breathe oxygen. However, unlike other fish species, they do not have an operculum. This is the bone structure which protect the gills, but also acts as a method of ventilating water through the gills. Since sharks do not have this part, they need to swim to ventilate the water through the gills and process oxygen. Additionally, sharks do not have a swim bladder, so if they stop swimming they will sink.

For these reasons, the great white shark and all other shark species are animals which can only sleep while moving. To do this, they access oceanic water currents and use them to reduce effort. For more details, take a look at our article on how fish sleep.

Although a mammal and not a fish species, the long-beaked common dolphin sleeps in water and do not sleep for prolonged periods of time. Dolphins will only sleep in sessions of about 30 minutes at a time and are required to do so at the surface of the water. The reason for this is because they breathe oxygen in the air, not through water like most fish.

To achieve the ability to breathe air even while sleeping, the dolphin engages automatic responses which are controlled by one part of the brain. Half of the brain remains awake and controls the dolphins tail which flicks back and forth to keep their blowhole above the water surface. The other half shuts down and rests, giving the dolphin the opportunity to recuperate.

The bowhead whale is another water dwelling animal that doesn't sleep very much and is in the family Balaenidae. As with dolphins, they are marine mammals and need to breathe air to respire.

Unlike dolphins, bowhead whale can hold their breath for up to an hour underwater. This means they can sleep underwater while holding their breath, but they can only do so for a maximum of one hour. As with sharks, if the whale stops swimming, then they will sink. As we can see, this is a different type of ‘sleeping’ when compared to humans, although it is possible for us to be unconscious and move about (e.g. sleep walking).

Our first bird that doesn't sleep much which is the great frigatebird, a flying animal that rests near ocean coastlines. Many people wonder if they ever sleep since they are an animal which appears to sleep with one eye open.

The great frigatebird spends most of their lives in the air, flying from one continent to the other. They need to cover large areas and, therefore, find it difficult to rest. For this reason, they are able to keep one section of their brain awake to navigate, while the rest sleeps. This is one of the few animals that can sleep while flying.

Animals that do not sleep at night

Some species prefer to rest during the day and stay awake during the night. The reason for this is often because darkness is the best time for them to either hunt prey or protect themselves from predators.

These are some of the animals that do not sleep at night:

Also known as the bumblebee bat, this hog-nosed bat remains awake at night. Similar to other bat species, they are very sensitive to changes in light, so prefer to be conscious during the night.

he moscardón bat and the other species of bats remain awake during the night. They are very sensitive to light changes, so they prefer nightlife.

The Eurasian eagle owl is a nocturnal bird of prey which is distributed throughout Asia, Europe and the African continent. Although you may see this bird awake at certain parts of the day, they prefer to sleep during daylight hours and hunt at night. Thanks to this behavior, they are better able to camouflage themselves in trees and stalk their prey which they catch with striking accuracy and speed.

The aye-aye is an endemic species to Madagascar. Despite their unique appearance, they are part of the primate family. They stand out for their one long finger which they use to capture insects which they use as food. They are also notable for their adorable large eyes. The aye-aye is nocturnal and rests during the day for short periods in nests they create.

The owl butterfly has mainly nocturnal habits. Their wings are very particular. They have a large spot on each wing which resemble the eyes of an owl. Although it is unclear how other animals perceive this pattern, it is believed this pattern can ward off other predators. Being nocturnal means they can sleep during the day (which is poorly documented) and avoid birds which don't hunt at night time.

If you want to read similar articles to Are There Animals That Don't Sleep?, we recommend you visit our Facts about the animal kingdom category.

Bibliography
Why Don't Dogs like Blowing in their Face?
Are There Venomous Spiders in the UK?
What Animals Sleep Standing Up?
Which Animals Are Nocturnal?
Related categories
Endangered animals
Most read
1.
What Animal am I According to my Zodiac Sign?
2.
10 Most Beautiful Animals in the World
3.
What Does It Mean When a Cat Shows Up at My Door
4.
The 10 Most Solitary Animals in the World
5.
Top 10 Smells Dogs Hate
6.
How Many Types of Lions Are There?
7.
Why do Dogs Get Stuck when Mating?
8.
My Female Dog In Heat Won’t Accept A Male - Causes
20+ Incredible Animals that Migrate and Why
Animals That Live in Trees
5 Signs That Your Dog is Happy
Animals That Go Through Metamorphosis
Are There Male Calico Cats?
How Many Hours A Day Do Cats Sleep?
Animals That Eat Snakes
10 Smells that Cats Hate

Are There Animals That Don't Sleep? 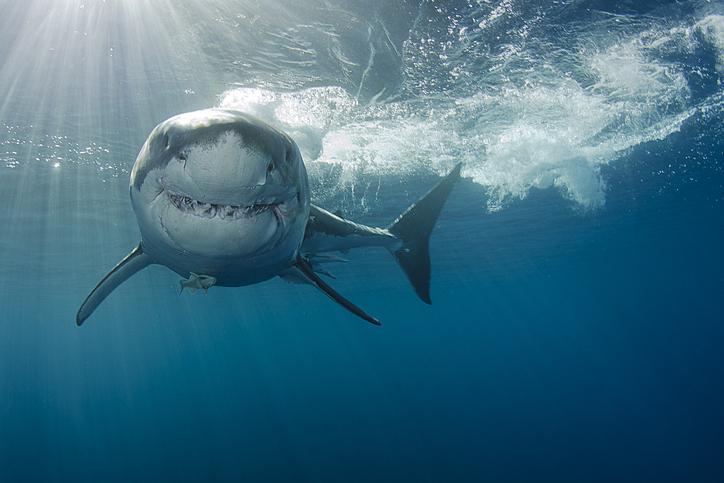 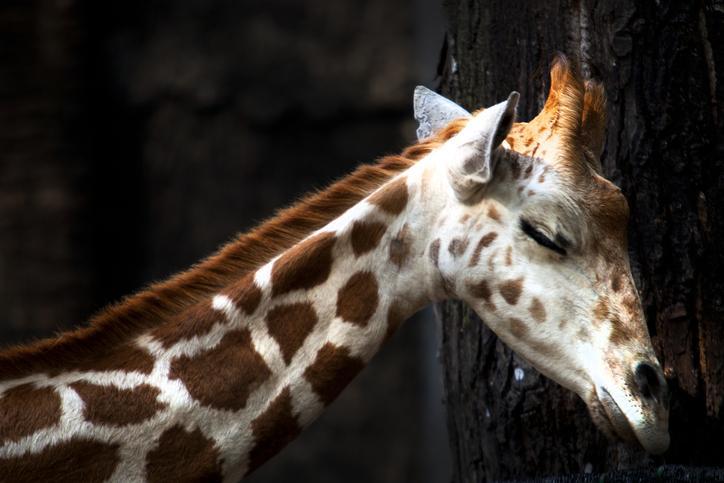 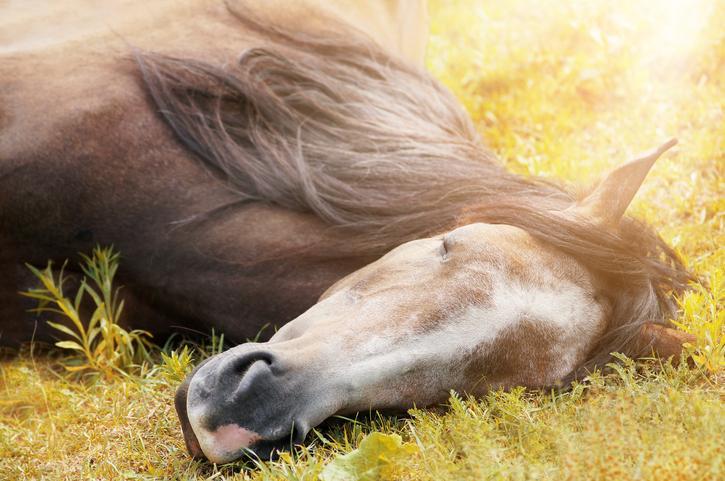 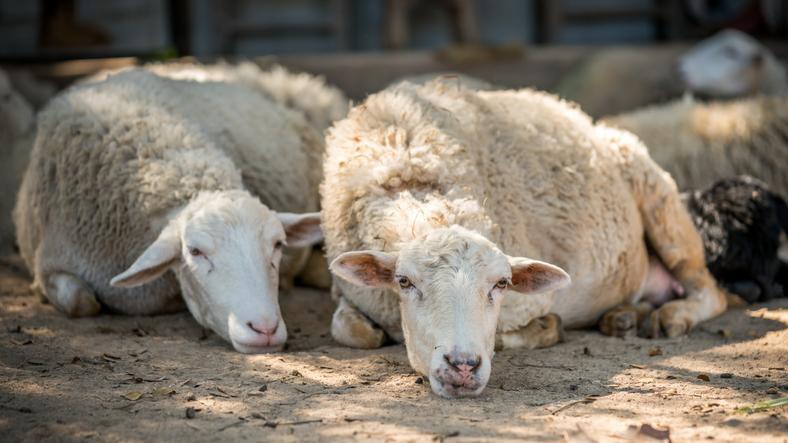 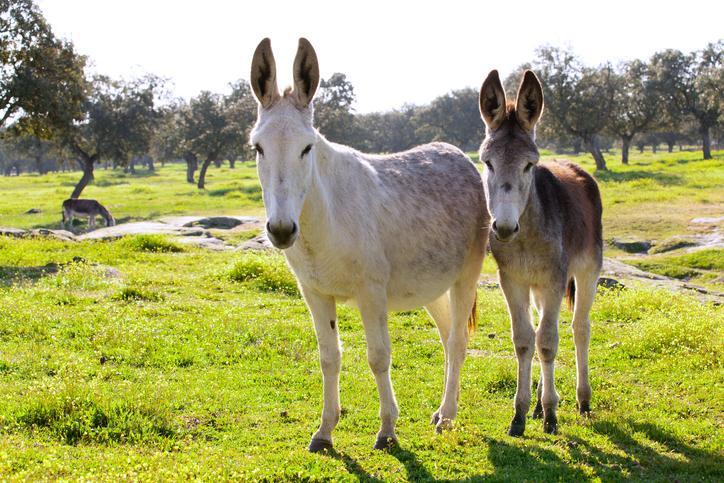 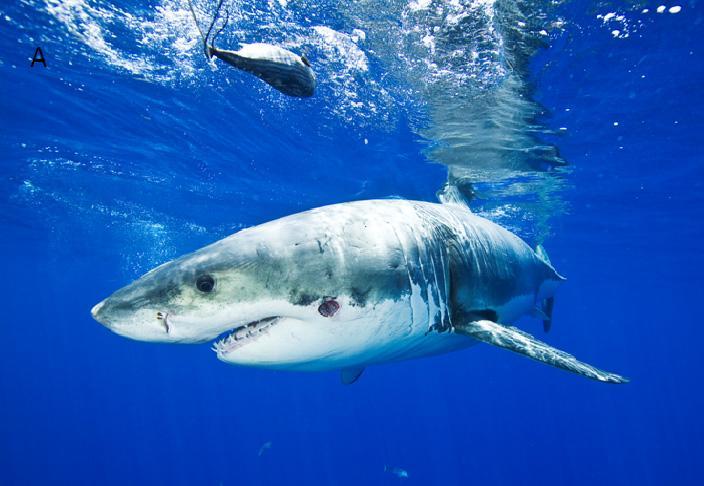 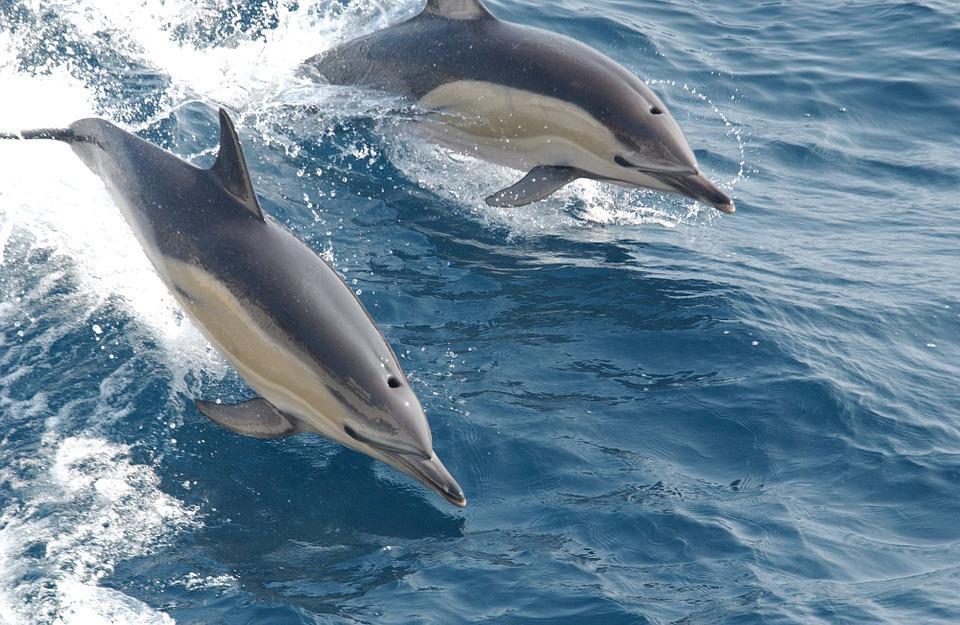 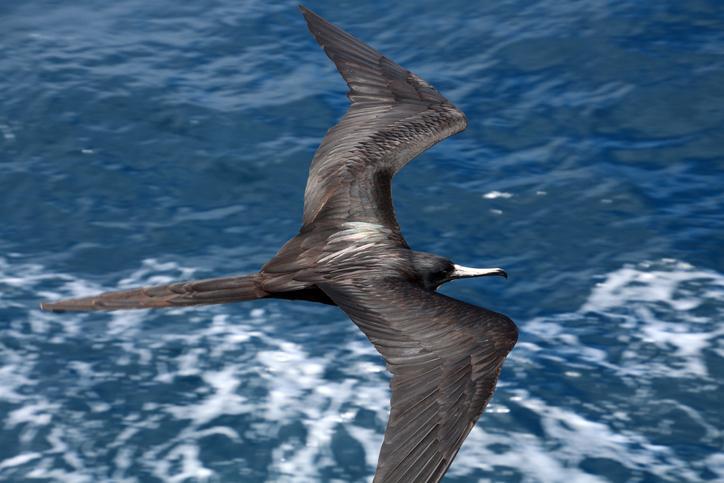 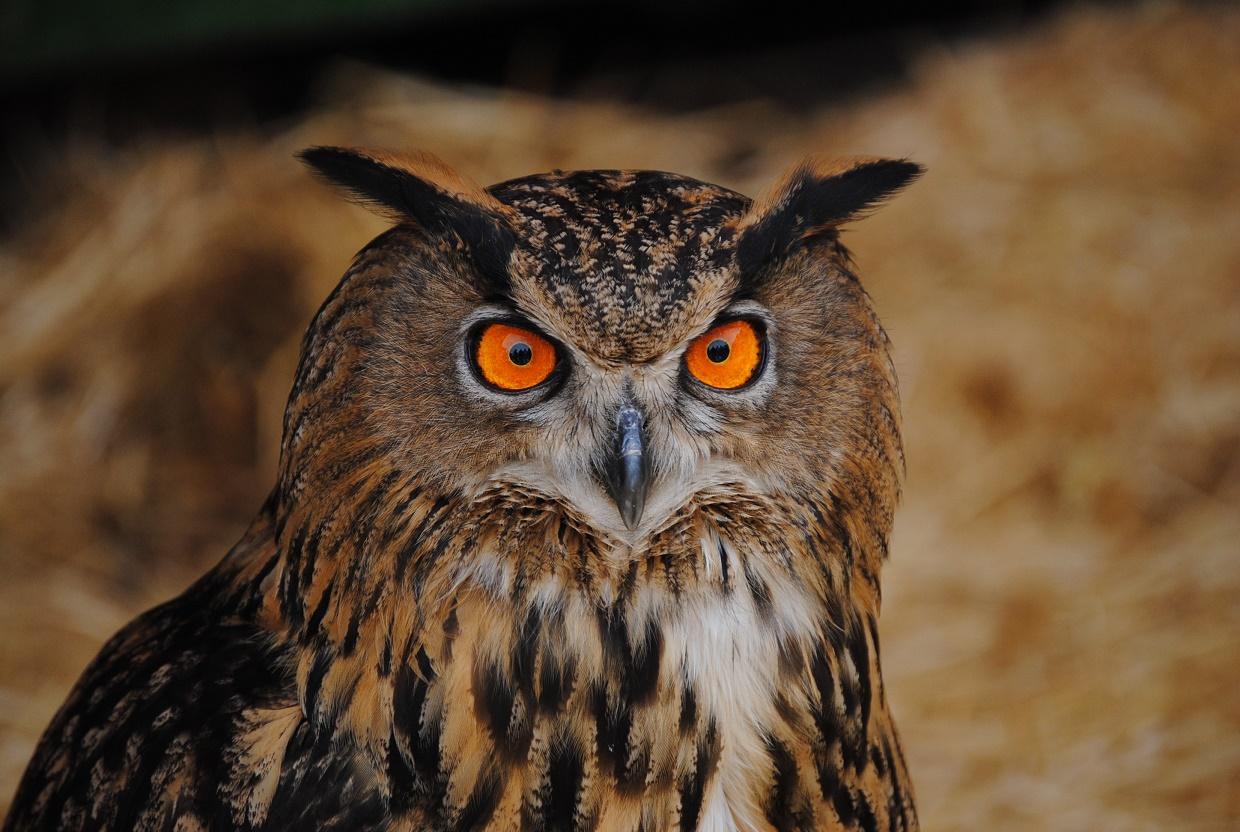 1 of 9
Are There Animals That Don't Sleep?
Back to top