If you thought buffalo and bison were the same animal, don't be too hard on yourself. Early American settlers called bison ‘bufello’ which in part led to misnomer to be perpetuated. In fact, many dictionaries still accept ‘buffalo’ in reference to American bison. However, true buffaloes are only found in Africa and Asia, not in the wilds of North America. These animals, and their equivalent in Europe, are actually bison. When we put the word ‘water’ in front of buffalo, it gets even more complicated.

Although both animals are part of the Bovidae family, so too are hundreds of ungulate mammal species. These include bovids such as gazelles, cattle, sheep and antelopes. To help clear up the confusion, AnimalWised explains the differences between buffaloes, water buffaloes and bison. We share also share photos of these animals so you can better know what you're looking at.

You may also be interested in: Habitat of the Wild Water Buffalo
Contents

Part of the confusion surrounding the differences between bison and buffalo is that American bison are commonly referred to as buffalo. Although related, they are a completely different species and are not considered actual buffalo. If you hear the phrase American buffalo, you should know it is referring to bison. There are two subspecies of American bison:

As their names suggest, they are divided by their habitat. However, they also have certain physical differences. Plains bison are generally smaller and have a slightly more rounded hump.

When referring to buffalo, we usually mean African buffalo, which is also divided into two main subspecies according to habitat:

There are other subspecies such as the mountain buffalo, Nile buffalo and Sudan buffalo. They have certain minor physical differences, but all conform to a similar robust structure and temperament.

The Asian water buffalo is divided into:

The swamp buffalo is more common in the Indian subcontinent and has even been dispersed into Europe. The River water buffalo is found mainly further East in China dn surrounding countries.

Unlike buffaloes, the American bison (Bison bison) and the European bison (Bison bonasus) have a massive head and a large shoulder hump. These are what give them their burly appearance. Bison also have a hairy fur coat on their body which thickens in winter to offer protection in harsh environments. They also have a beard. Buffaloes, on the other hand, neither have thick fur nor a beard.

The African buffalo or Cape buffalo (Syncerus caffer) moves across the Savannah and grasslands of southern and eastern Africa. They have a shield on their head made from bone where the to horns are fused. It is known as a boss. With males, the horns are even more noticeable. The Asian water buffalo (Bubalus bubalis) is a marsh mucking animal which has a massive set of crescent-shaped horns that grow outward and backward. Buffaloes' horns are much longer and sharper than a bison's.

In the photo below you can see an American bison.

We often associate bison mentality with their heavy build. They can unleash aggression when cornered. They are not kept as pastoral animals for agriculture. Although they may attack in the wild, there are rekatively few attacks reported per year. Injury to humans is more likely occur due to stampedes or defensive charging than attack.

The African Cape buffalo is not as commonly kept as a pastoral animal either. They can be extremely aggressive and are considered one of the Big Five game animals of Africa. Some believe they kill more humans than any other big game animal, although it is difficult to track statistics. Regardless, they are a dangerous animal.

In the photo below you can see an Asian water buffalo.

Water buffaloes are domesticated or raised for meat and milk. Most water buffaloes live in a agricultural environments where their needs are provided for. How well said needs are met depend on the quality of the farm. They survive well in mild temperatures and are native to South Asia, especially India, where they live in farms, rivers and swamps. They have also been introduced to Italy and Australia.

African buffaloes, on the other hand, graze freely in the swamps and grasslands across sub-Saharan Africa, especially in the savannas of Central Africa. They have never been domesticated.

Similarly, American bison are wild. They are rugged animals built to survive in extreme conditions. They live in open grasslands and scrublands like prairies and plains. They live in central and western North America up to Alaska, although their habitat has been much reduced and they are a near threatened species. They are one of the native animals of Utah. There are a few American buffalo ranches were they are farmed, but they are uncommon.

The European bison, on the other hand, is a vulnerable species. They bave become extinct in the wild, but are slowly being re-introduced. They live in the lowlands of northeastern Europe, mainly in forests.

Buffalo vs. water buffalo vs. bison: diet and lifespan

American bison live in rugged, wild conditions and don't last beyond their teens in the wild. Those that live in farms can live up to 25 years. The lifespan of European bison is similar, although they can live slightly longer in captivity. Domesticated water buffaloes can easily have a lifespan of over 3 decades.

Buffalos and bison have a similar diet in that they thrive on grass and are herbivorous animals, with an appetite for over a gallon of water each day. American bison migrate to graze. European bison are more likely to supplement their diet with shoots and hay. Asian water buffaloes make the most of their habitat and also consume edible aquatic plants and reeds.

In the photo below you can see an African buffalo.

Water buffaloes, except for one or two subspecies, are domesticated, while bison are not. Buffalo milk and meat is used in Asia and Africa for eating. They are also considered work animals in these countries.

Bison, on the other hand, cannot be tamed and it's more unusual to find their products for sale. However, nowadays they are raised for meat and also for leather in some circumstances.

In the photo below you can see a European bison.

Bison have a history that is associated with danger and destruction because they roam wild and are fierce in temperament. Native Americans in North America hunted the bison prior to the arrival of the Europeans. By the 19th century, bison were hunted to the brink of extinction in the United States and therefore cultivated to preserve their numbers.

Water buffaloes have been domestic animals for over 5,000 years. A major source of milk and dairy products such as clarified butter, they also power farms in South Asia. Buffalo meat is common in some parts of the world too.

In the photo below you can see an Asian water buffalo.

The bison is an epitome of the Wild West. Representing the vast plains and the need for conserving natural resources, bison have been reared in farms for preservation, and they are the national mammal of the United States.

The water buffalo is one of the sacred animals in Hinduism in India, where is it not eaten. In other parts of South Asia, racing and fighting buffaloes are a custom.

At AnimalWised you can discover all about the animal kingdom with our comparions on the:

If you want to read similar articles to Differences between Buffaloes, Water Buffaloes and Bison, we recommend you visit our Facts about the animal kingdom category.

Differences Between Camels and Dromedaries
Why is the Wild Water Buffalo Endangered?
What is the State Animal of...? Animal Emblems of India
Ruminant Animals: Full List and Fun Facts
Related categories
Endangered animals
Most read
1.
What Animal am I According to my Zodiac Sign?
2.
What Does It Mean When a Cat Shows Up at My Door
3.
10 Most Beautiful Animals in the World
4.
The 10 Most Solitary Animals in the World
5.
Animals With Scales - Full List
6.
Why do Dogs Get Stuck when Mating?
7.
My Female Dog In Heat Won’t Accept A Male - Causes
8.
How Many Types of Lions Are There?
Incredible Horned Animals - Big, Long and Curly with Photos
Homeothermic and Poikilothermic Animals
Differences Between the Bengal Tiger and the Siberian Tiger
What is the Difference Between a Goat and a Sheep?
Differences Between Coyote and Wolf
Herbivorous Animals: Examples and Fun Facts
Differences between Alligators and Crocodiles
10 Unique Steppe Animals 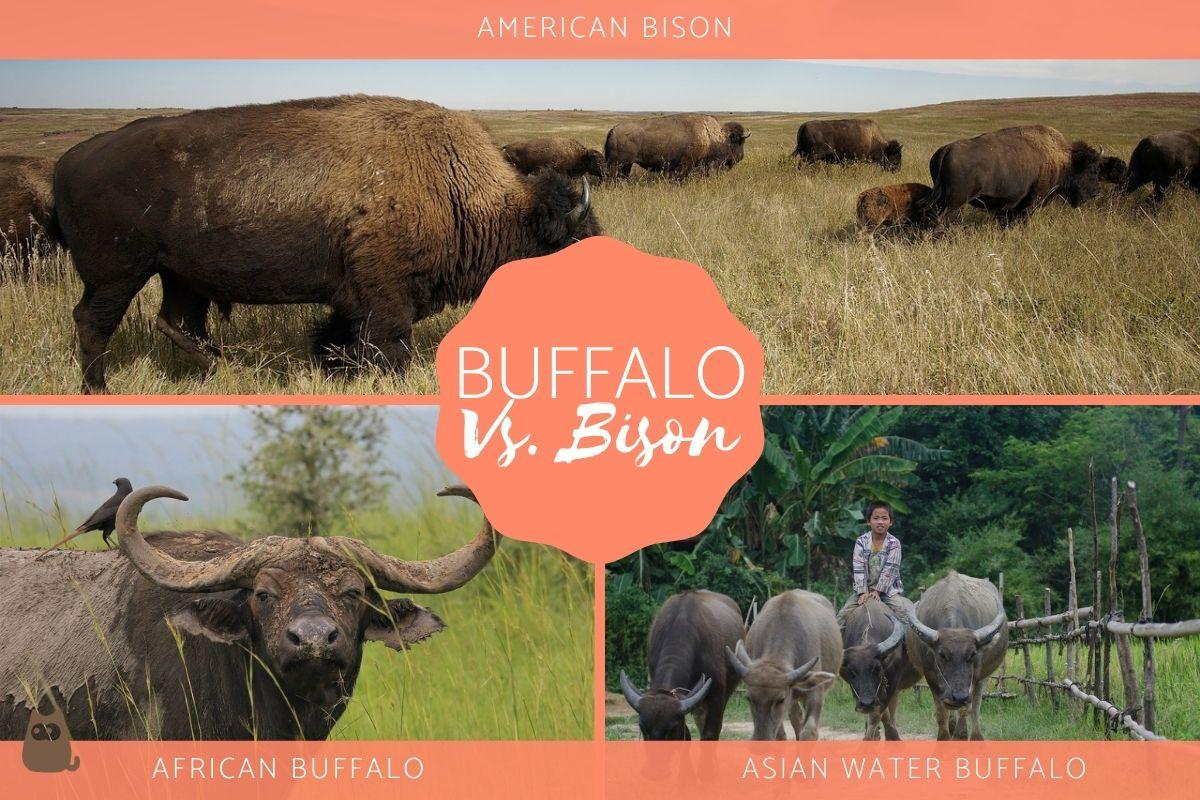 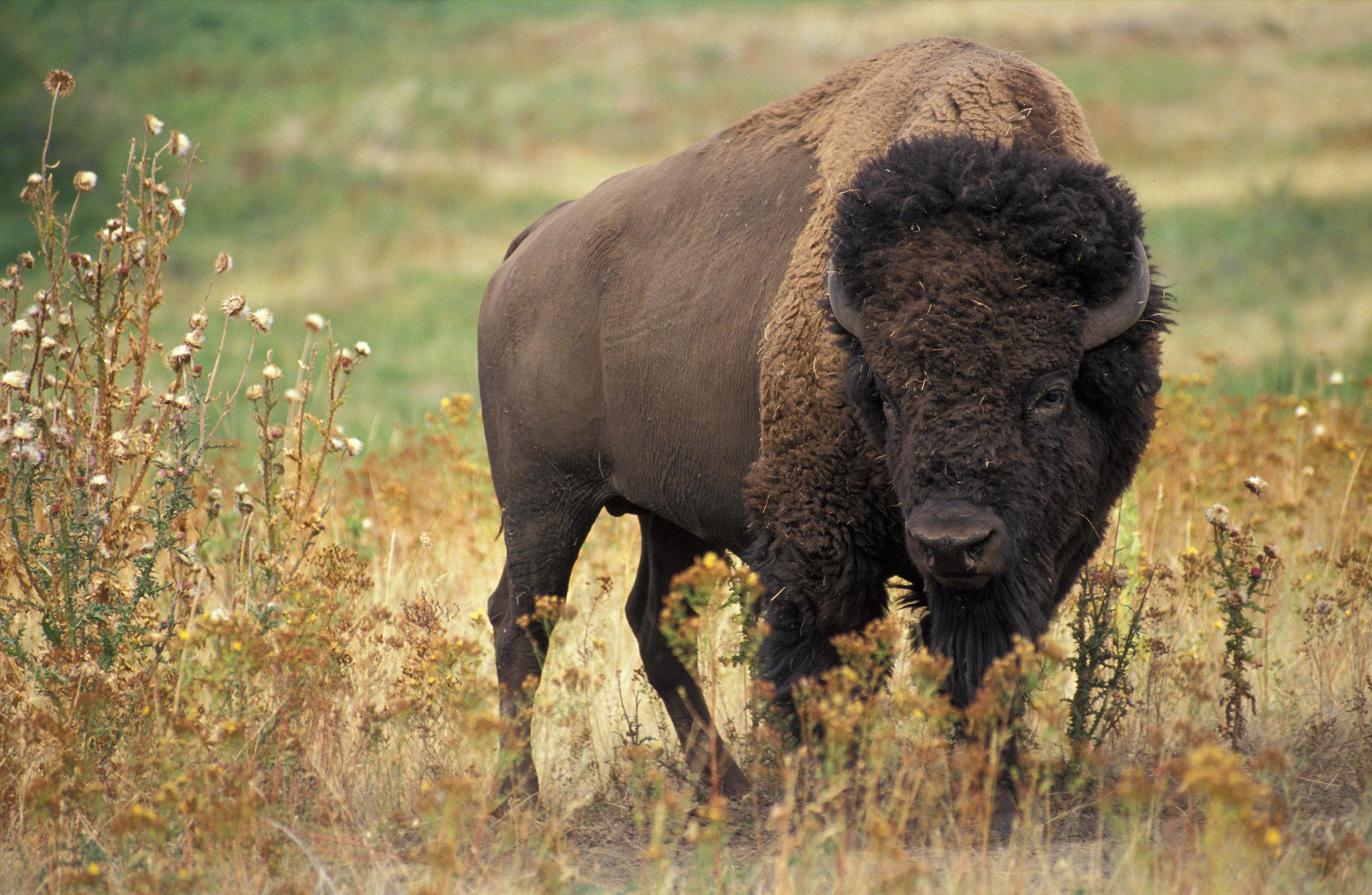 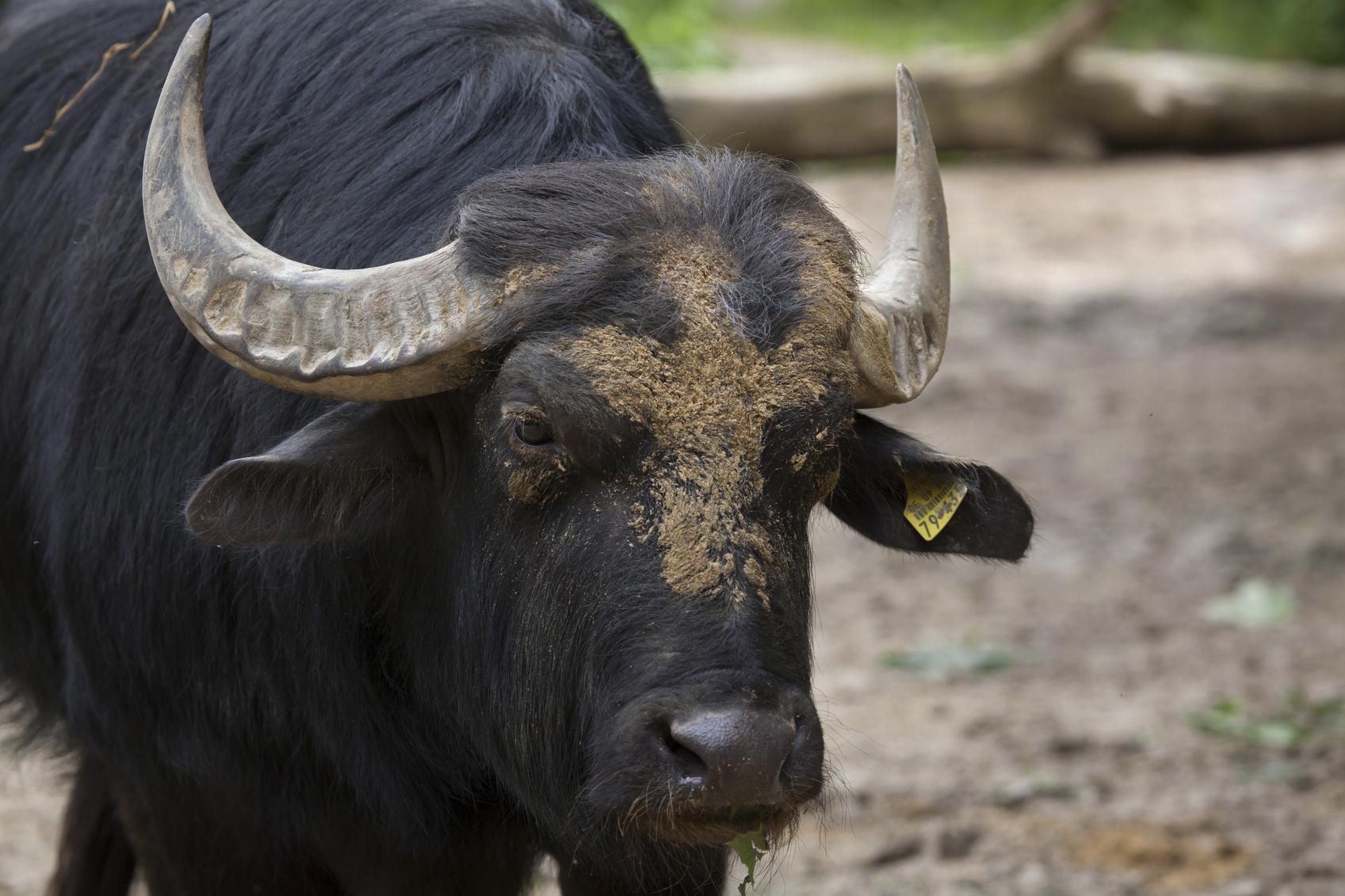 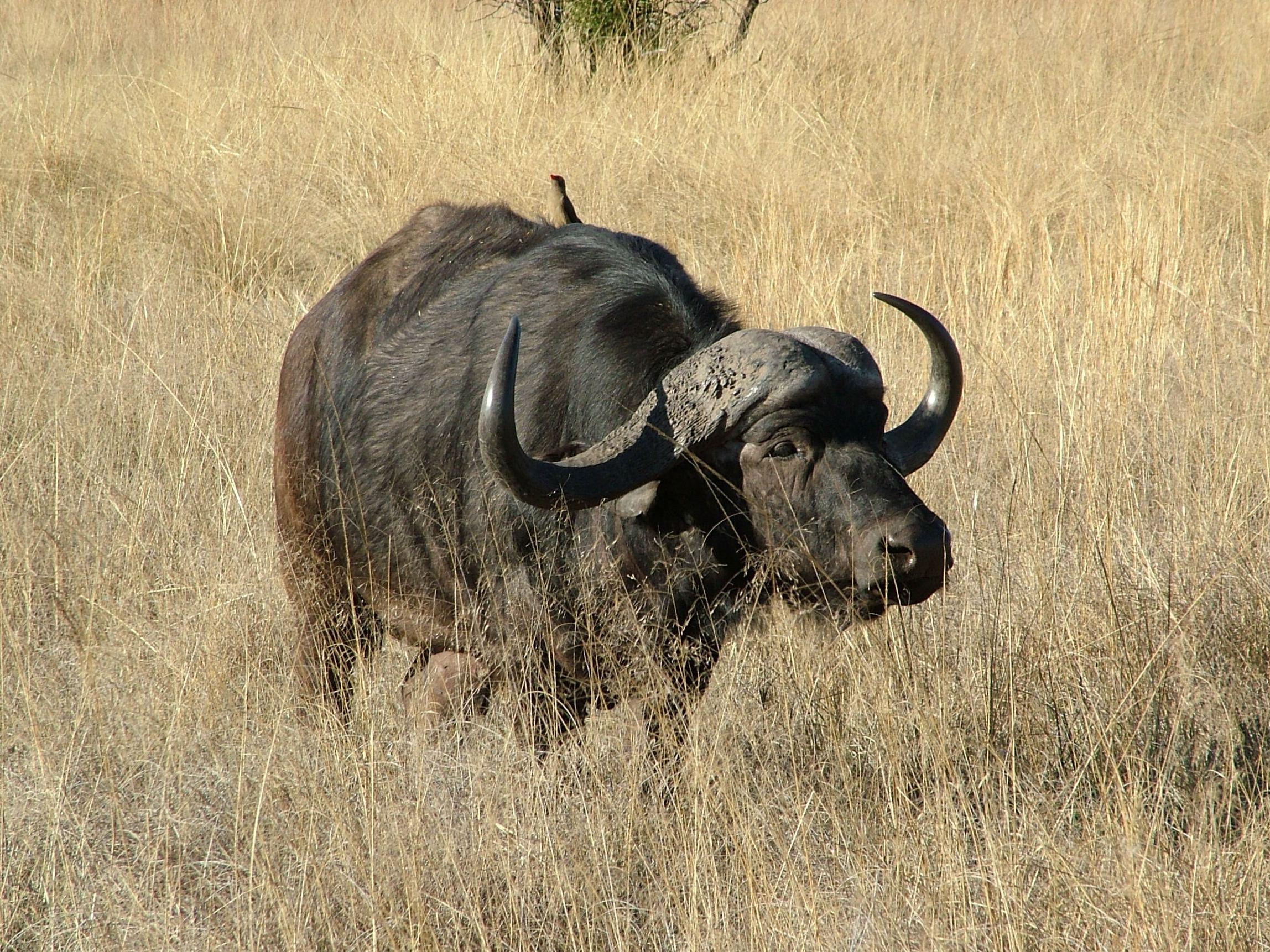 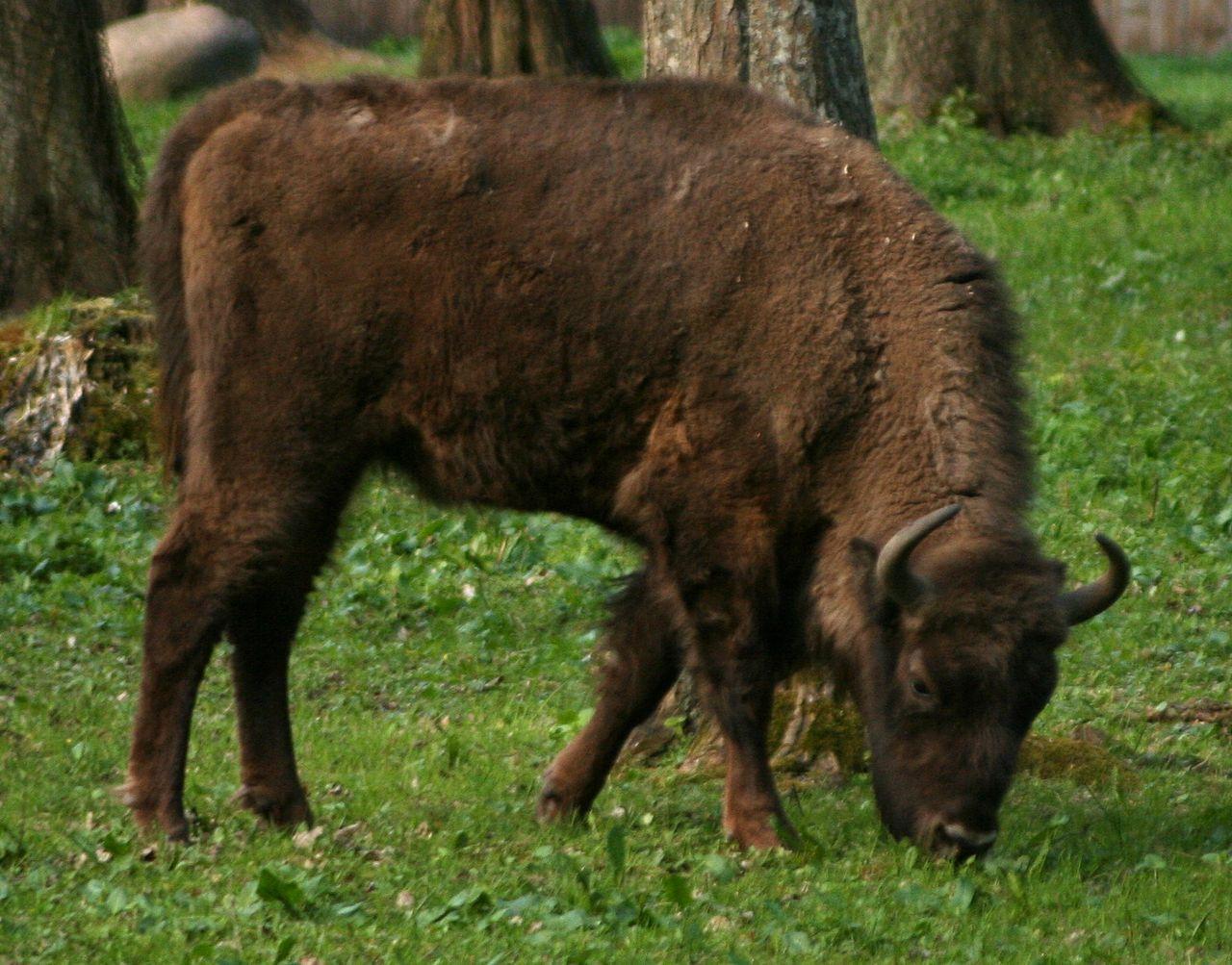 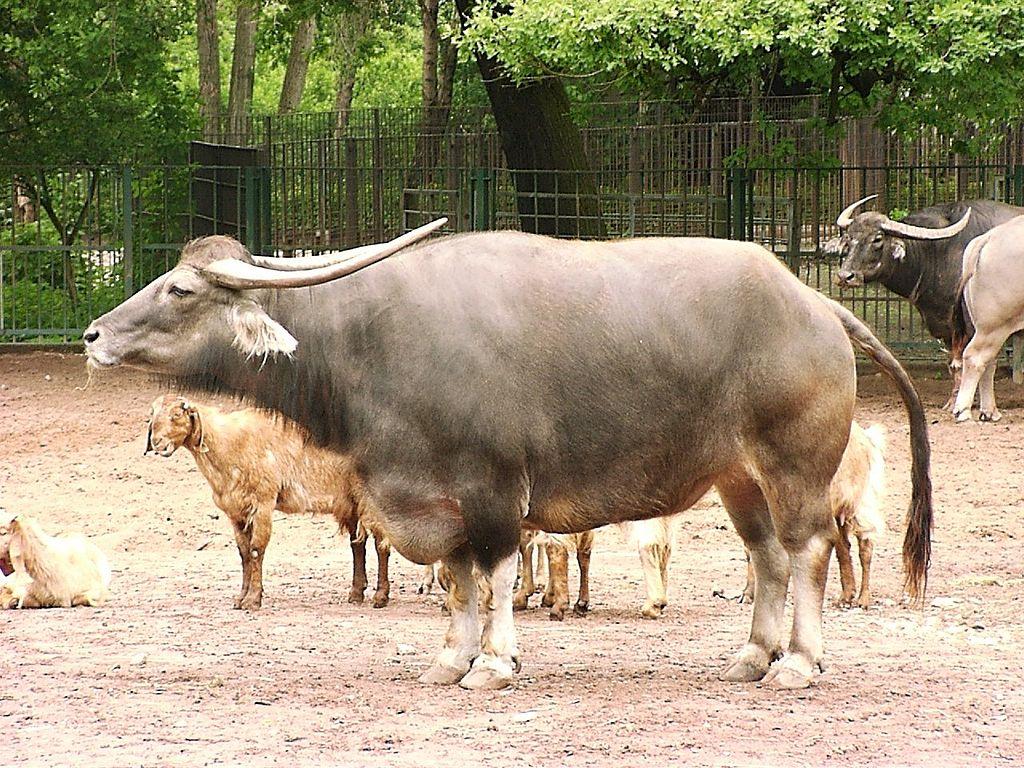 1 of 6
Differences between Buffaloes, Water Buffaloes and Bison
Back to top